So getting ready for our Halloween horror fest here are my top 5 90’s horror movies. Hope they bring a chill to your spine: 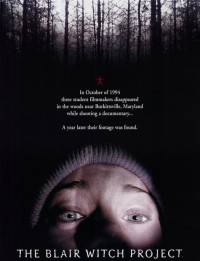 Obviously this was a massive success for the film buisness and produced a massive surge in ‘found footage’ style movies in the 00’s (most of which are poor) What I love about Blair Witch is that you never really see much and your imagination is left to do most of the horrifying, I always think a persons own mind can come up with much scarier things than a film maker.

Candy Man
This great horror which was based on a short story by horror legend Clive Barker is about a student conducting research about a local myth ‘the Candy Man’. When called five times in front of a mirror the candy man will appear, just like Bloody Mary – who knows? Maybe they’re a couple?

Misery
This psychological horror, may not fit into everyone’s view of what a horror is, 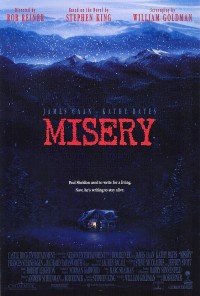 but I definitely class it as such. Not only is it based on the Stephen King book, but its also edge of your seat tense and very creepy at time. Definitely worth a watch if you haven’t seen it, if not just for Kathy Bates’ performance alone.

Silence of the Lambs
One of the most easily quotable and classic movies of the 90’s, Silence of the Lambs rightly deserves it’s place as such. Although not the first film to feature the character Hannibal Lecter on film (that’s Manhunter) it was the first to star Anthony Hopkins as Hannibal. A brilliant film and one of my favourite serial killer movies.

Se7en
I absolutely love Se7en. I honestly think it’s one of the best films ever. I love all the character, the sick, twisted plot. I’d definitely team it up with Saw for a double bill of ‘serial killer trying to change the world’ – movies. The director David Fincher is an absolute genius and has produced such films as Fight Club and the Social Network.