I’m busy getting ready for our Halloween horror fest here at Wild Tide, following on from the 90’s here are my top 5 horror movies from the 00′s. Hope they make you hide behind the sofa: 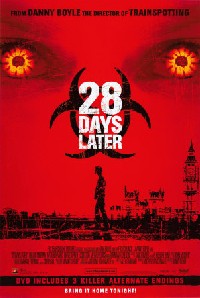 Probably in my opinion the best zombie film, the zombies have a visceral, frantic, deadly quality which is lacking in a surprising amount of big zombie films (World War Z). The action is always really intense and the film is just suspenseful from start to finish. I love it. I also think the opening to 28 Weeks Later is just as good, but the film slopes off a bit after that.

Saw
I remember the first time I watched Saw was on an old 14’’ TV while in bed.  A friend had given me a pirate (sorry) copy of the movie, which I’d never even heard of. Despite the poor cinematic equipment, it was a perfect movie watching experience. The fact the film was just on a blank disk with the word Saw written on it in pen, made it even creepier, as if Jigsaw himself had burned it off.

Drag Me to Hell
Sam Raimi comes back to horror after a long break and the Spiderman Trilogy, 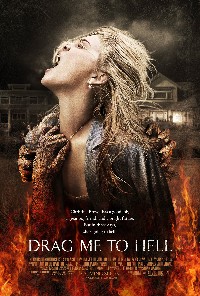 but boy does he come back with a vengeance. Drag Me to Hell is an over the top, shock, horror fest. It’s definitely one to watch with surround sound too. It’s got the Evil Dead thing of being scary and a bit wacky at the same time.

Descent
This film is great and awesomely claustrophobic. It does change gears a bit when the baddies are revealed but up until then it’s a very, very tense, suspenseful horror. It definitely put me off caving and potholing a bit. There are a couple terrific jumps in this film, especially one in the first act.

Dawn of the dead
Probably in my opinion the 2nd best zombie film. I know it’s a remake and my default position is to dislike them, but I genuinely really like this one. I love the idea of being stuck in a mall and modding a bus to deal with the zombie population.