Here be another review for a beer I had at the 5 Degrees beer fest: 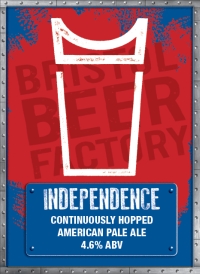 Then I’ll begin with the brewery itself. Bristol Beer Factory have been brewing fine tasting beers for nearly a decade now (they started off in 2004), in that time their range has extended a lot. They now have several bottled ales and produce over 10 cask ales, including some seasonal specials!

They like to be inventive and experiment with beer, not in a crazy Heston Blumenthal ‘let’s add liquid nitrogen to everything’ way, they just like to explore what is possible with hops from around the world. I’m really looking forward to working my way through their entire selection in the future.

Anywho, onto the beer in question:
Independence by the Bristol Beer Factory is Bruce Springsteen. Here is why:

(if you don’t like Bruce Springsteen, totally ignore this whole metaphor,
the beer is great, but your taste in music obviously isn’t) 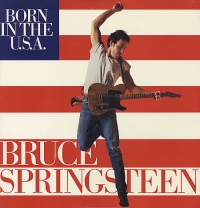 If you push that terrible metaphor to the side, it is plain to see that Independence is a fantastic beer that you need to try.