Lot’s people don’t use phone cases and say things like “It doesn’t matter, it’s insured!” When I purchased my iPhone I looked into phone insurance and when you really start having a good read up about it, it doesn’t look like it’s worth the money. Not when the price of an iPhone handset is in the hundreds!

If you’re likely to have a problem with your phone, it’s going to be because you got it wet or dropped it. Now I can’t speak for all phone insurance companies, but there are 100s of horror stories on the net about them weaseling their way out of coughing up for someones damaged phone.

The Lifeproof Case is exactly that. It’s a case that protects your phone from… well… life! 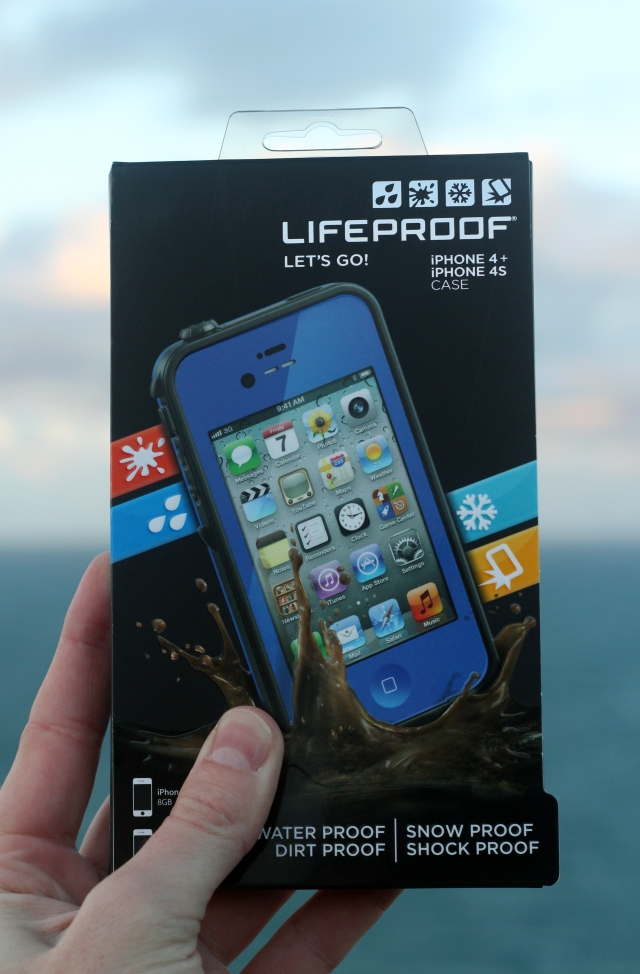 As you can see the Lifeproof case can handle lots: shocks, drops, water, dirt, sand and snow. What I find most impressive about this, is that it does all these things whilst remaining so slim. It only adds an extra 1.5mm to the size of your phone. As an added extra it’s made of a material which slides in and out of your pocket, rather than sticking like lots of cases.

Being a keen beach goer and sea side fan, I was most interested in the waterproof claims and the dust and sand protection. After seeing how ingeniously the phone case works and reading about its design online, I was willing to do the ultimate water-ingress test by dunking my own iPhone into a rock pool! Guess what…. 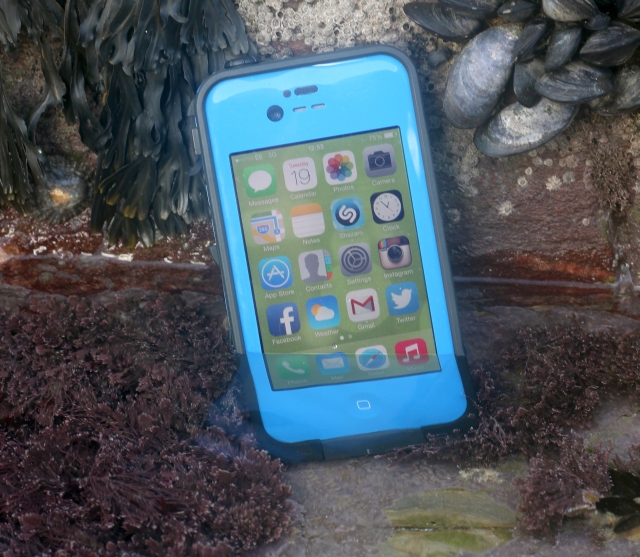 We’re talking Christmas presents for surfers so now we’ve tackled the great blue, what’s the other major hazard to a surfers phone… Sand of course! Having survided the sea water test I was very confident that the Lifeproof beauty could stand up to a little bit of golden Cornish goodness. So I walked down right to the sea where the sand is soft and wet, I dunked my iPhone half way in and left it for a bit while I took some photographs for all of you.

It completely stood up to this test too; unfazed by the sand, like Chuck Norris shrugging off a punch to the jaw. I then took a photo and made a call whilst the phone was in its new Lifeproof case, the photograph was clear and focused and the call was just as audible as normal. Result! All in all I can’t see how anyone who loves the outdoors wouldn’t be thrilled by a Lifeproof case.

I’ve also seen a couple other products that they sell which I am really keen to add to my collection of outdoor gadgetry, a rather ingenious floating Lifeproof case. I’m planning on getting one of these and using it while out on my kayak! The other product they make which I’m craving is a Lifeproof bike mount, which will turn my iPhone into a rather handy biking satnav. 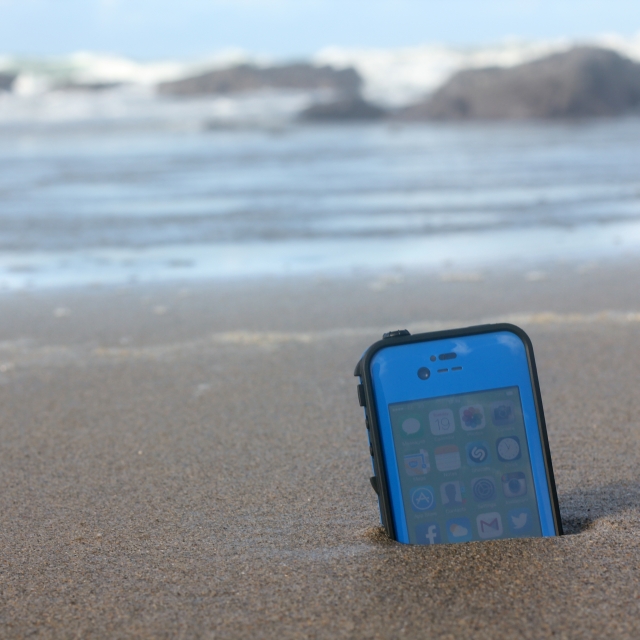