I’ve had a mad couple of weeks at work, which has resulted in not a lot of blogging and not a lot of fun. It’s been worth it though as I’ve managed to secure a better position and have got through it all now. To celebrate the frantic fortnight being over, I bought myself a new watch and my girlfriend and I popped into Truro for lunch.

The watch I bought was this new Swatch watch called Black Ghost from Babla’s Jewellers. It’s a skeleton design but a bit more modern than most you see. The see-through watch allows you to see into the mechanism, which has black cogs to match the black ring around the watch’s face and it’s clasp. What sets it apart from most skeleton watches is that this one also has a see through strap. I love this skeleton watch and find it fascinating to watch it working and see all the cogs moving around. 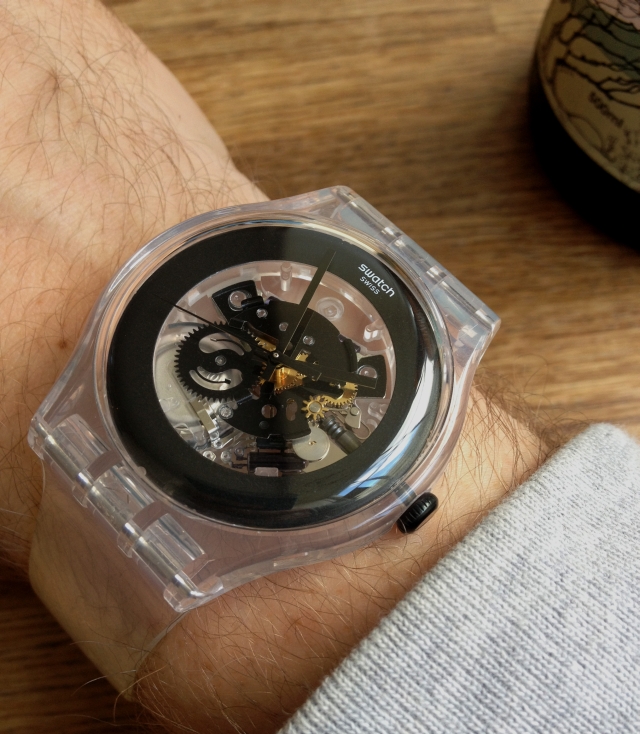 The second part of treating myself was the celebratory lunch. We headed into Truro town, to The Secret Garden Cafe for a bite to eat. Sam had been there before and said it was great. They serve healthy food, a lot of which is suitable for vegetarians and vegans. Although, it’s much, much better than a lot of the hippie sorta food I’ve eaten in the past. 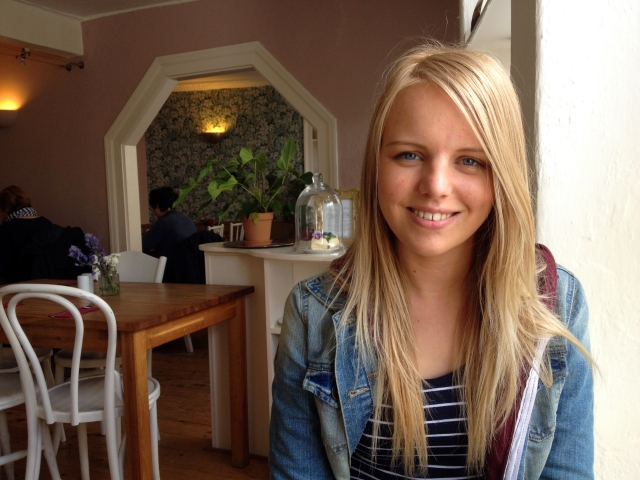 They had an epic specials board and a menu which was jam packed full of things I wanted to try. After some serious consideration, I decided to go for the ‘not suitable for vegetarians‘ Jerk Chicken Burger. A range of salads was on offer which you could have individually, as a mix or as an extra additional scoop to any meal. I’m not normally a salad kinda guy, but they looked awesome. I was dead tempted to add some extra veg to my meal, but didn’t think I’d be able to possibly eat any more food.

The Secret Garden Cafe also stocked Knill By Mouth, a beautiful Pale Ale from the St Ives Brewery. It’s a beautiful tipple and made my choice of drinks a piece of cake. When the food arrived it was better than I could have ever expected. As you can see from the picture below the burger looked divine. It was supported by a massive pile of hand made chips and two huge pieces of slightly grilled pineapple. Appearances weren’t deceiving and I can strongly recommend that you check this cafe out ASAP! 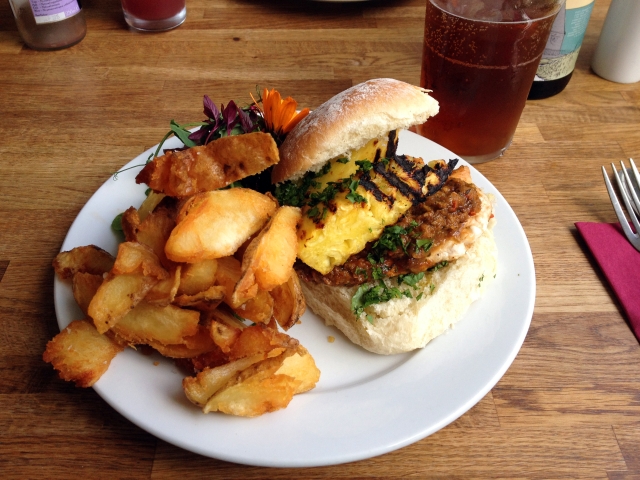