Falmouth Tallships doesn’t happen very often so I definitely think it’s always worth checking out every few years when it’s in town. I’m not the only person who feels this way as this year saw around 70,000 people go to Falmouth Docks to peer at the ships. Even more impressive than this, the total visitor numbers across Falmouth have been estimated at more than 200,000 over the weekend!

Sam, our friends and I made our way into town on Saturday to soak up all things nautical and to have a gander at some pretty sizeable ships! The docks were alive with people, boats and stalls. There was one such stall selling ‘Captains hats’ where I immediately purchased two such items from for Sam and myself. I then preceded to wear mine for the rest of the day whilst Sam slyly snuck her’s into her bag within a short while. 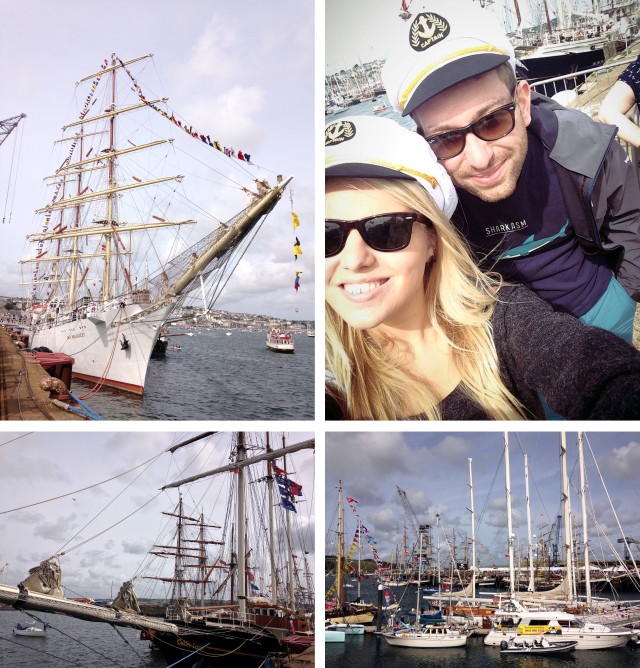 The ships were massive and made the sort of boats I normally lust after look minuscule. It was a strange day weather wise. It was quite warm but also with clouds that looked like rain. Perfect for wearing this new Helly Hansen Windblock Softshell Jacket that I’d bought. I’d have been way to hot in a jumper or a normal coat, but this waterproof, windproof breathable beast kept me cosy and dry whilst wearing just a tee underneath. 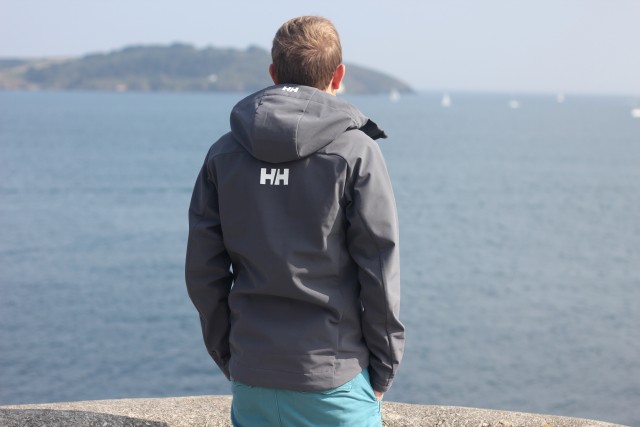 Along with all of this technical impressiveness the Helly Hansen was also right at home in the midst of all the fashionable sailing folk and their high-end sailing apparel. Inside the coat it’s lined with a brushed fleece which makes it really comfortable and soft when wearing with just a T shirt. I loved this and it felt much more like wearing a waterproof jumper, lots of coats feel plasticy and cold when worn against bare skin.

The Windblock has loads of nice features like a red coat hook loop on the shoulders, as well as really nice branding and most importantly top notch Aquaguard zips to ensure that the contents of your pockets stay dry! 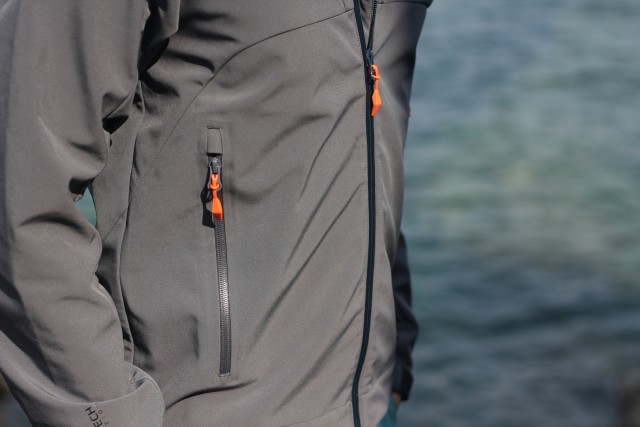 On Saturday evening Falmouth Tallships played host to an awesome firework display over the water as well as the busiest night I’ve ever seen on Events Square. It was literally a struggle even getting into the square, let alone getting to the bar which was a battle (but well worth it). An Abba tribute band was playing which wasn’t really my cup of tea, but as far as atmosphere goes it was great.

When we rose on Sunday we got up and headed straight off to watch the Parade of sail. This is when all the boats that have taken part in the Tall Ships event sail out of the dock en masse along with lots of local supporters in their boats of all shapes and sizes. It’s such a spectacle and is a must see.

After driving around and having a look at all the spectators spreading along the coast, we decided to park up in one of the fields near Swanpool. This was such an ace idea and the view was brilliant, as well as this we could pop the tailgate and have a picnic in ultimate VW van style. Despite the enormous crowds further into town, this field was really pretty quiet and had an awesome, completely unblocked view.

The Parade of Sail on Sunday was the largest flotilla that Falmouth has ever seen. If you look at the horizon in the picture below you can see a white line. This white line is the ridiculous amount of boats and their sails. It took over 2 hours for the flotilla to sail past and almost as long to munch down all the delicacies in our picnic.

Tallship events don’t happen very often so make sure you get to the next one you can. It really was a stunning weekend for nautical enthusiasts and land lubbers alike! Check out the youtube video at the bottom of this post for moving pictures of the whole thing! 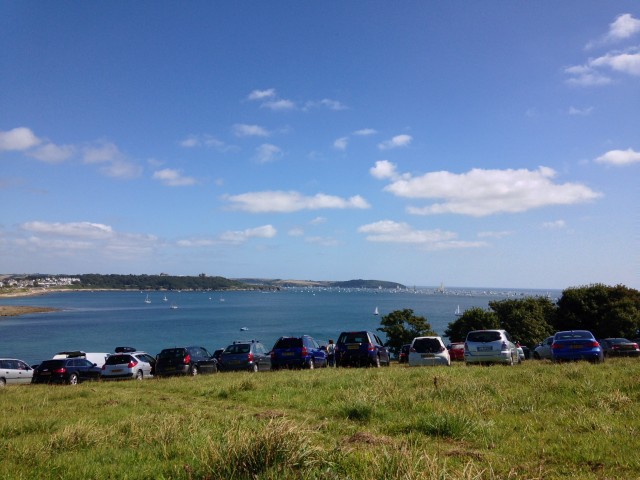