One of the perks of running a site like Wild Tide is getting invited to cool events and shindigs. I’m not always able to attend them but when I was asked to the launch party of the new Stable restaurant in Falmouth, I couldn’t say no.

I’d been to their last opening event at Fistral Beach in Newquay, which was great, but the Falmouth opening was even better (and not just because of the free bar) The photograph below is one I’ve pinched off twitter (because I’m in the shot, over on the left, in a grey tee). 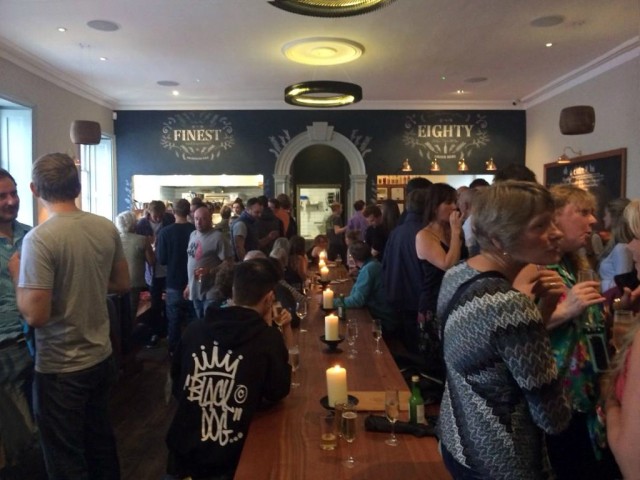 It was taken late on in the evening when things were drawing to an end, when we first arrived the place was rammed and had a great atmosphere. The people at Stable sure do know how to throw a party; pizza, live music and cider! The Stable serve Pizza and Pies as well a huge array of cider and drinks. They stock over 80 different ciders! It’s a great idea that you are able to purchase these on a sampling paddle, so you can try lots and lots!

It’s not just cider they sell, I tried their house ale which was a really nice pint. Stable is decorated in a really cool style with thick wooden features, bare walls and cool items like this top hat wearing bore! Unfortunately the pizza was being wolfed up by the crowd in a matter of seconds so I wasn’t able to get a photograph but it looked great. They’ve got a really interesting menu of unusual but tasty pizzas you wont find anywhere else. 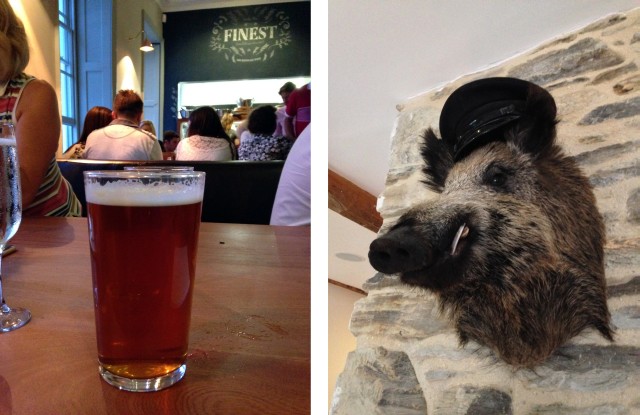 I had just bought a new pair of shoes that were perfect for a smart/casual sort of event like this. My new shoes are brown leather Chatham desert boots, as you’d expect from Chatham, the quality is second to non. The leather is a really rich colour, is soft and has that amazing smell.

Desert boots, as you might expect, got their name as they were first warn during World War 2 in the North African deserts. There is no need to worry about their origins though, as they are super comfortable and very trendy. An added bonus of their heritage and design is that they are just perfect for a sandy walk on the beach. 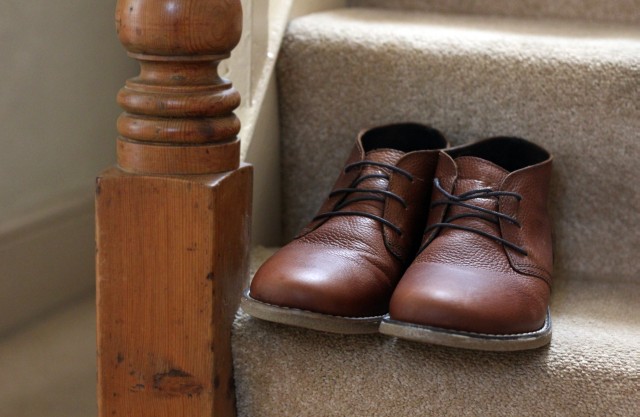 The leather has a lovely grain and a gorgeous colour reddish brown colour. They have a really great gripping rubber sole that seems to stick to all surfaces. Finishing it off, on the heel of the shoe is the embossed Chatham logo to give a real touch of class.