Last week we went for a little paddle around St Michael’s Mount. I’ve not kayaked around it before but was inspired by a friend telling me about his experience kayaking around the mount. So late last Thursday, we drove down to Penzance in the van with a couple Fatyak Kaafus on board to check the mount out for ourselves. We parked up at The Godolphin Arms in Marazion as their carpark was open late, was only £2 and was very close. 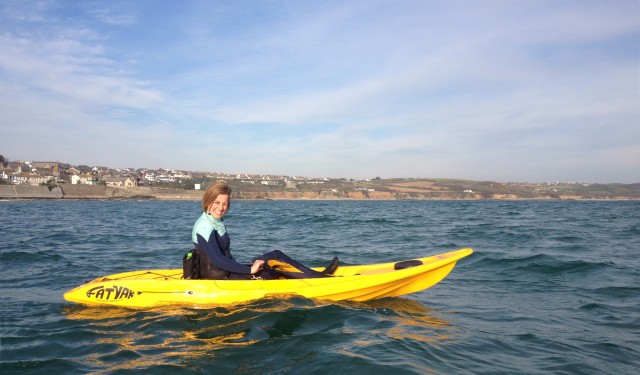 Carrying the kayaks to the water was a piece of cake as it’s a very short walk and they are pretty light. The wind and swell was coming from the left of the mount so we paddled that way first and went around the fantastic castle clockwise. It was a little rougher than I’d have liked and at points was quite exciting paddling through the rough water. As we got around the far side of the mount the view of the castle itself got even better and the far side, which is a little more visible, looked a lot like Hogwarts! 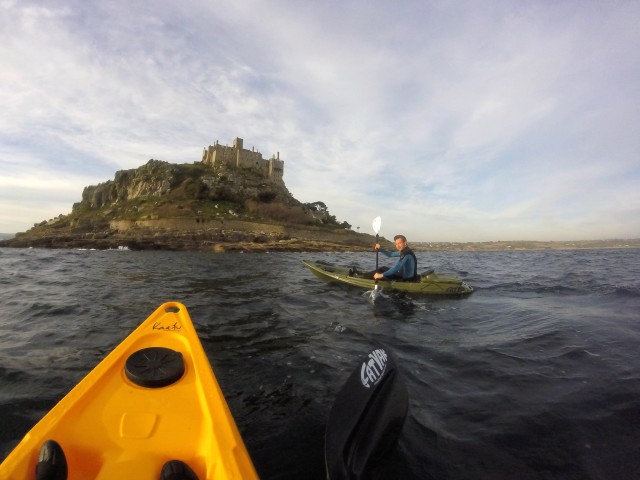 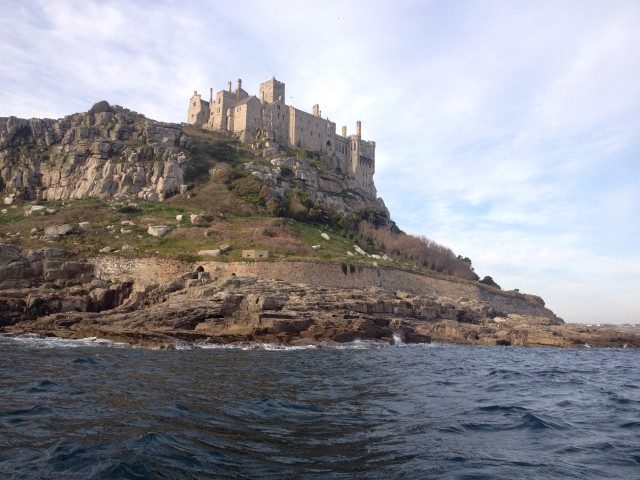 As we got round to the west side of St Michael’s Mount it became a lot more sheltered and I decided to get my handline out of my Fatyak Caddy. As we bobbed about in the calm water, slowly drifting, I fished my handline. I wasn’t really expecting anything as the water is still quite cold and it’s early in the season. Suddenly, I had a take on my line. It wasn’t very deep in the water, so I had quickly pulled the line back in and realised I had caught not one but four mackerel! I released the two smaller ones and kept just the two ‘biggens’ for our supper. 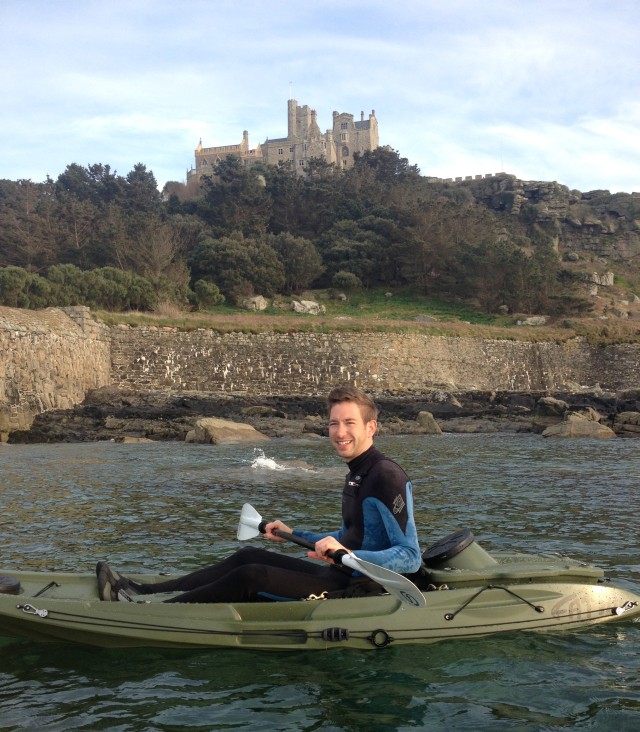 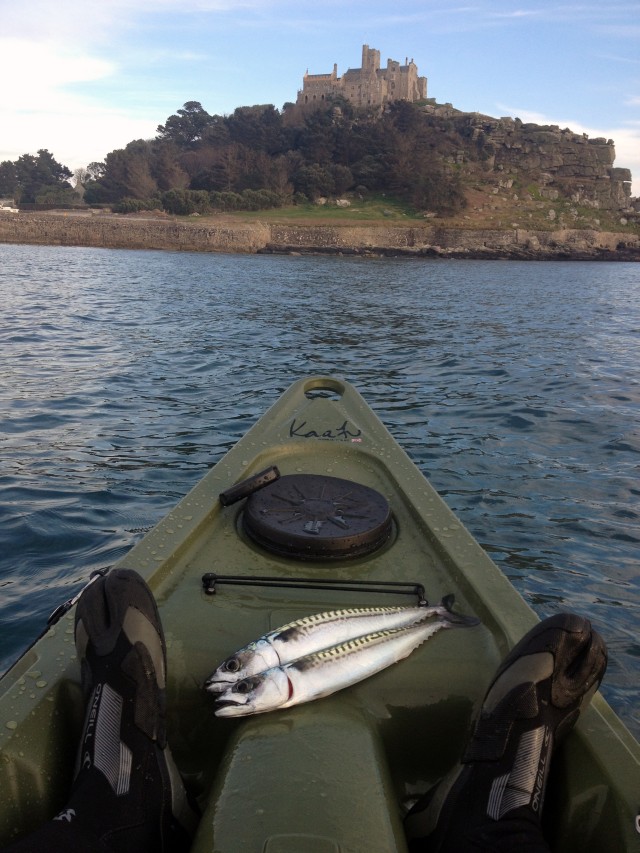 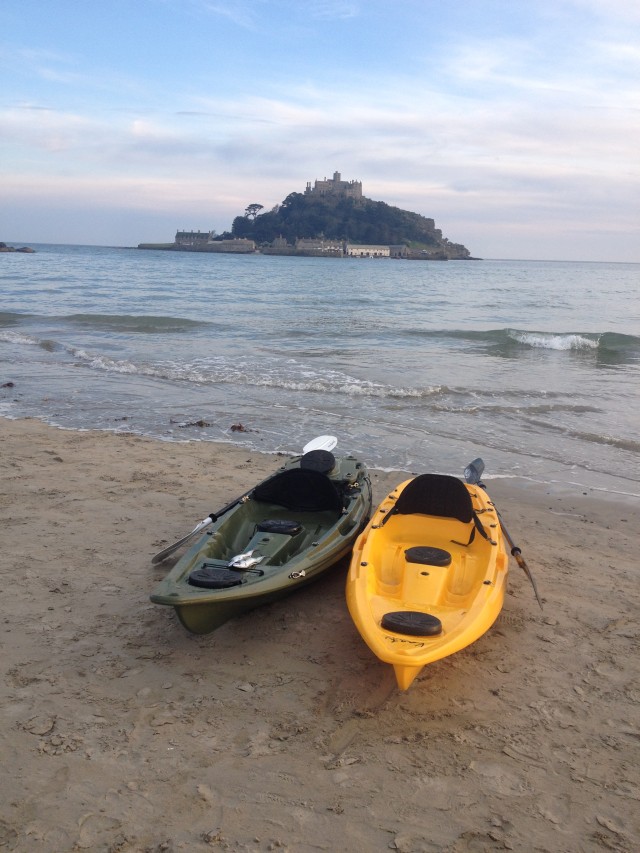 When we arrived back at shore the sun was just starting to set. So we changed out of our wetsuits, packed all of our gear up and grabbed some sausage and chips from across the road at Tudor Chippy (excellent by the way). Piping hot food in hand we went and sat on the beach to watch the sun go down before returning home to cook up the two tasty mackerel. St Michael’s Mount is an awesome place to kayak around, easily one of the most unusual paddles around Cornwall and some of the most memorable and scenic! 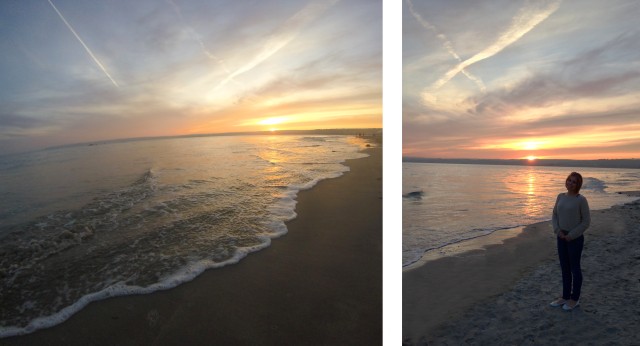