Every year Falmouth has it’s annual sailing regatta – Falmouth Week. It’s the largest regatta in the South West and not only does it have races for all sizes of ship but it also has a huge amount of action on shore for landlubbers.

The highlight for me has got to be the Red Arrow display over the harbour. They are always spectacular and thrilling to watch but we decided to make it even more of an event by taking to the water to watch it. 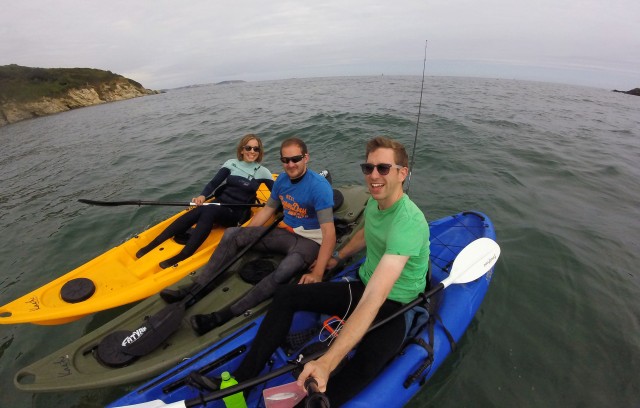 With the display happening at 6:15 we hit the water, launching from Maenporth at about 3:00 so we had lots of time to paddle our way over to a prime spot to watch from. There was a little bit of swell about and we splashed in the surf on the way out of the bay. It was a bit of a cloudy day so we were a tad nervous that it might be called off… 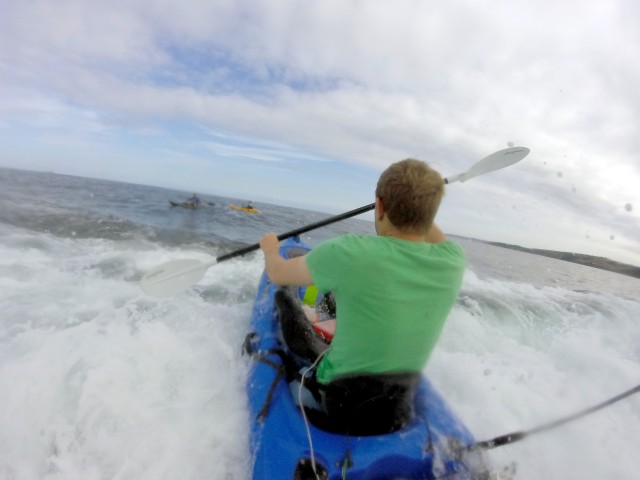 Paddling past Swanpool, Gyllyngvase, Castle Beach and around Pendennis Point to the mouth of the Fal was great fun, we fished, stopped on little beaches and larked about on and in the water. Luckily, as we made our way, the clouds thinned and the sun came out. We stopped the kayaks near Black Rock, just in the nick of time and a few moments later the nine super fast jets zoomed past. 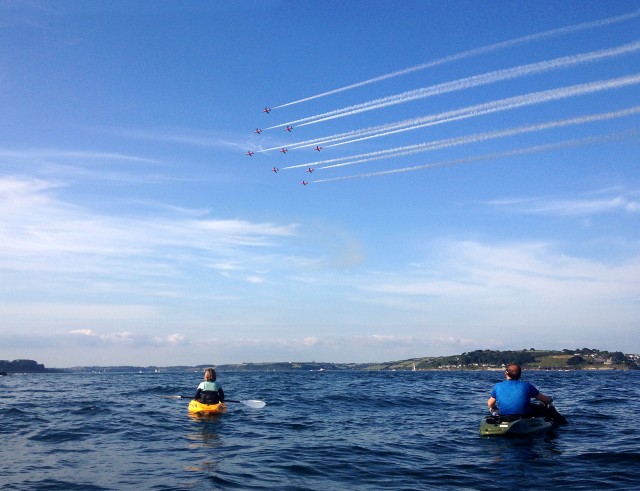 My friend found a really good way to use the Kaddy Storage Pod on the Fatyak Kaafu I had leant him. Rather than twisting around and reaching into it like I do, he turned around and picked it up and popped it in the middle of the kayak (on top of the hatch between his legs). There is plenty of room to do this and it allows you to have a really good rummage through the box. It’s great when you find even better ways to use your gear!

He had been an absolute genius and had packed loads of goodies into the Fatyak Kaddy, including Mini Cheddars, Orios and sweets, which he shared with my girlfriend and I. So scoffing our faces like we were at the cinema, we sat back and watched the display. There were lots of boats sitting closer into the harbour watching the Red Arrows but where we were was pretty quiet and it felt like we were getting a private display. The Red Arrows looked fantastic framed in between the castles at Pendennis and St Mawes. 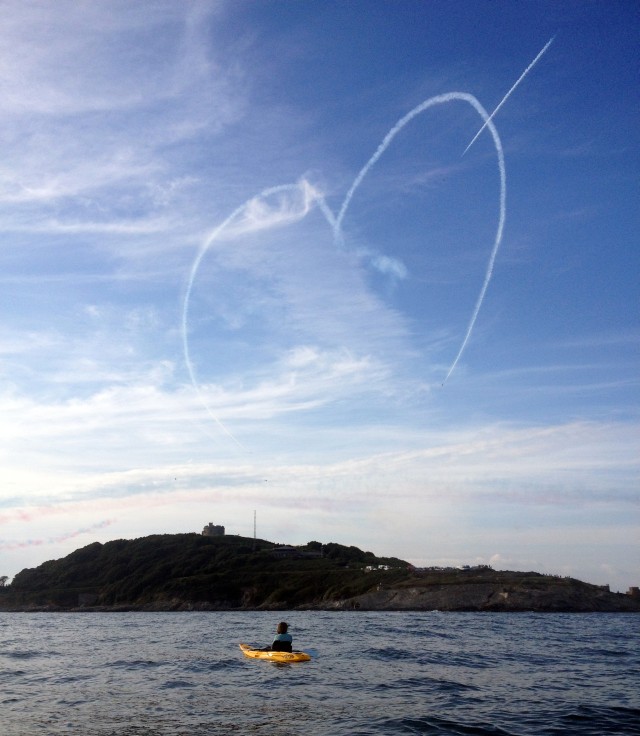