Last weekend, I was lucky enough to watch probably one of the most anticipated matches of the entire 2015 Rugby World Cup. A battle between two epic rivals: England vs Wales. It was over a year ago when we put in for tickets in the Rugby World Cup ballot and were fortunate enough to get tickets for this Pool Match as well as a quarter final. This has made it a very exciting year with the match just getting closer and closer.

The tickets prices made the Rugby World Cup easily the most expensive event that I’ve ever been to, with my two tickets (to this and a quarter final) costing me a grand total of £500. Pretty much the price of a cheap holiday! 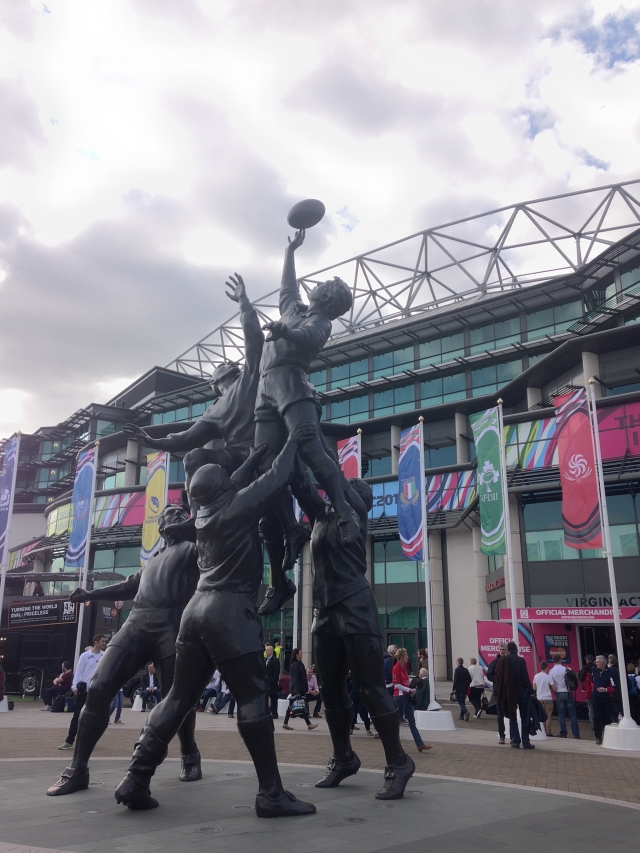 We got to Twickenham really early and already, the atmosphere was fantastic and only getting better. We headed to a pub and got a few pints of Fuller’s in (when in Rome!) before heading to a Pizza restaurant to get much needed grub.

Outside of the stadium it was buzzin; there were lots of sponsors handing out things and touting their wares. We walked around the outside soaking up the sights and sounds before popping into the shop to buy a couple of souvenirs. 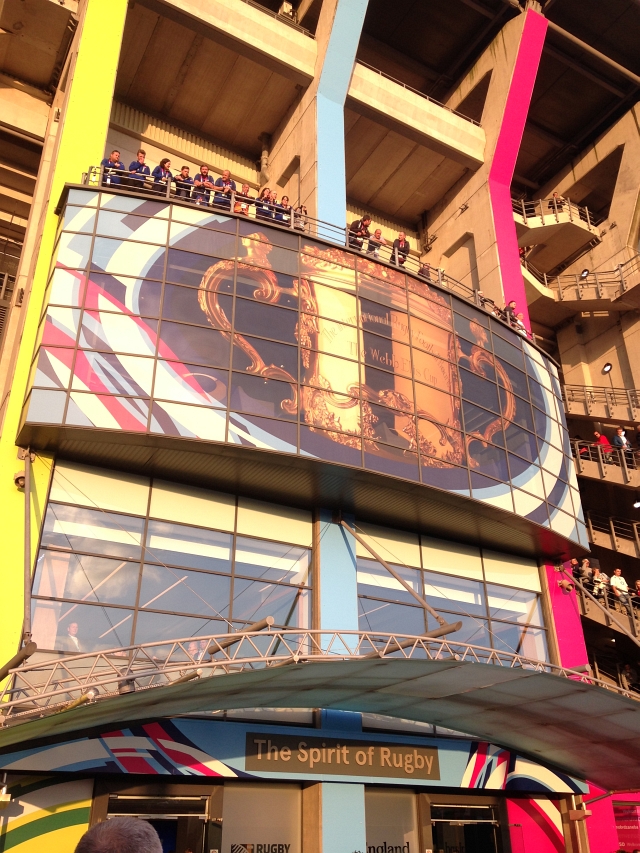 After showing our tickets and going through the barriers, we circled the inner stadium. As we walked around the stadium, we came to the main entrance gate. The crowd was building and we were unable to get through so we knew something must be about to happen. With a little deduction, it was fairly obvious that someone important or even a whole team of important people were coming.

While we waited, helicopters flew overhead and I wondered if it would actually be Royalty and not the teams. However, after a while and a few false alarms, the England team did emerge and to a roar of cheers and a hellishly loud ‘Swing Low, Sweet Charriot’. I papped this photo of Chris Robshaw and Mike Brown arriving at the front of the England Team.

With the team inside the stadium, we decided that we should probably do the same and we made our way to our seats. With some very over priced Heineken in hand, we sat down and awaited the start of the match.

As people filled their seats all around the stadium the atmosphere continued to heighten. Watching the team warm up on the pitch in front of us, we were optimistic and hopeful about the outcome of the game. 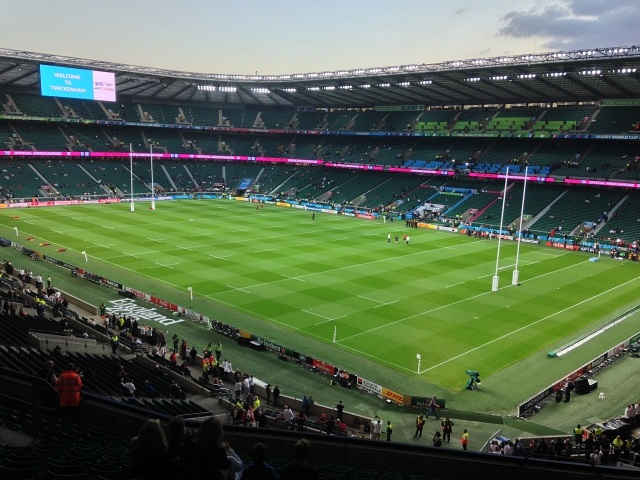 Night fell, the stadium brimmed with fans, anthems were sung and the much talked about atmosphere could have been cut with a knife. The cheering and singing with imaginable passion was something I’ll never forget. 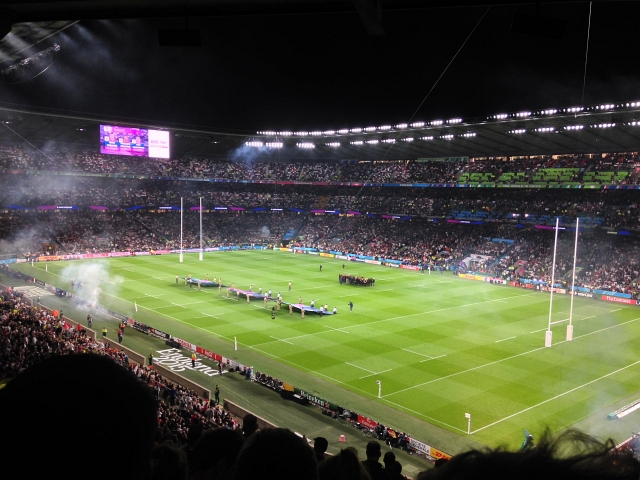 The final score and the result of the game is something, however, I wish I could forget. I’l leave you with my final photo of the stadium before the game started. As well as the highlights / lowlights. 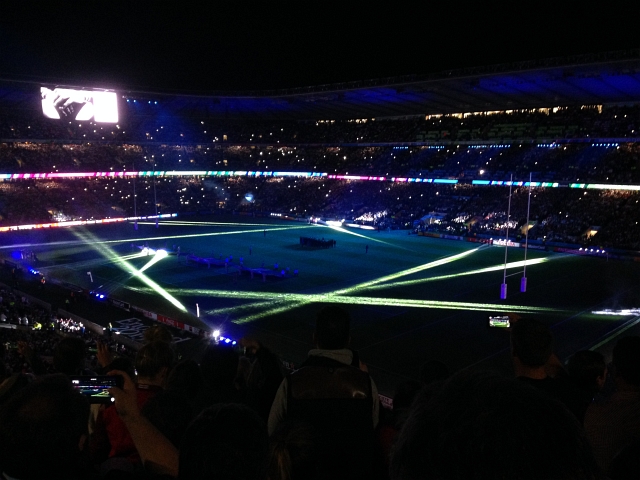