It is starting to get a bit Autumnal now and although I’m still wearing shorts everyday, it’s becoming increasingly difficult to pretend that it’s still summer. I thought it would be a great opportunity to look back and post up some photos from a couple of the best days of the past season.

Fishing played a huge part in my summer, some weeks my friend and I fished almost every day and didn’t go many days without catching at least one Bass between us. I started off the summer frantically trying to beat my record for bass caught last year. However, by the end of August I had totally lost count as to how many I’d actually caught. 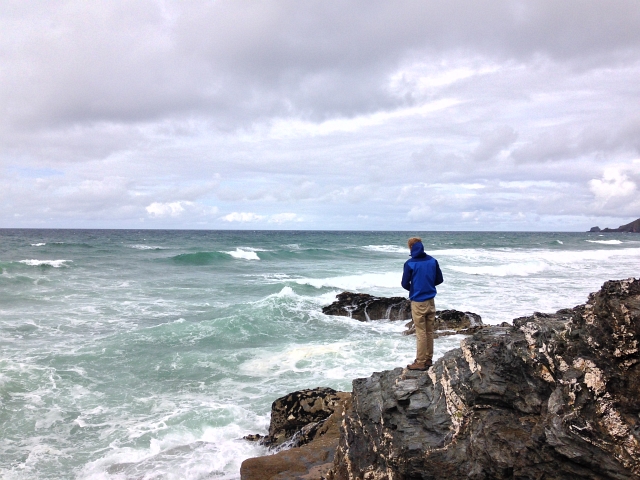 We found some new marks, learnt at which state of tide they worked best and had some very productive trips out of them. With greater catches, I decided to upgrade my gear, changing my spinning reel, line and leader (I’ll write about that in a different post). We also started using nets to help land catches as we were fishing off some awkward, yet beneficial locations. 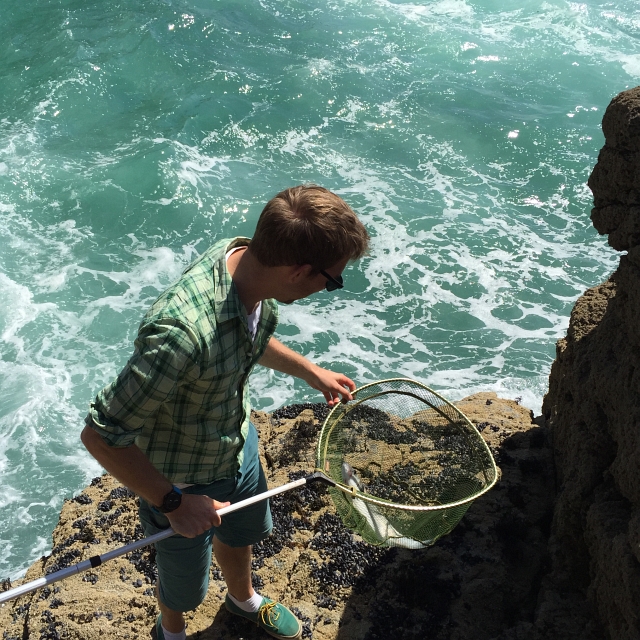 One gorgeous day, we both smacked into some really feisty, powerful bass. They were taking the lures (42g SavageGear Sandeel) really close in and putting up a hellish fight. I had one fish, which I swear was an absolute monster, who shook the hook out just as he was about to be landed. The fish kept biting though and we were able to claim a nice size bass for dinner. 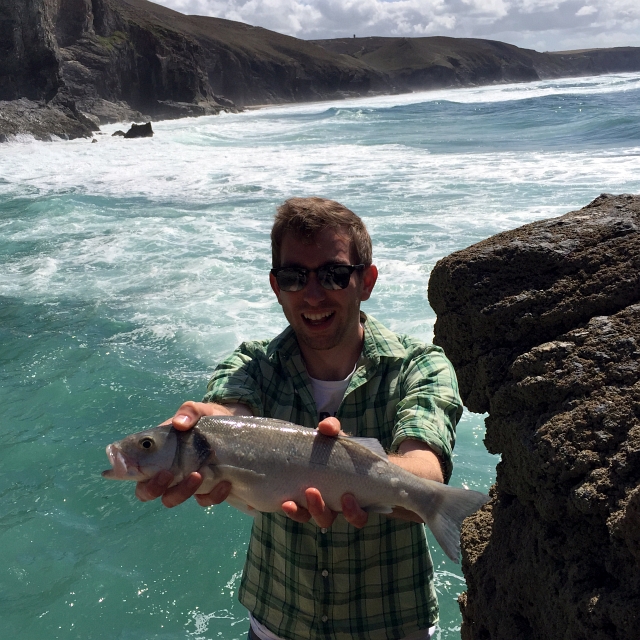 That evening, we had an awesome BBQ on the beach using my little Weber (which I’m an absolute pro at cooking with now). We started off with the normal sausages and burgers, but as the final course, we cooked the beautiful big bass from earlier that day. We had pre-prepared him in a tin foil package, a few cuts down the sides of the fish stuffed with lemon and a body full of butter, sea salt and bay leaves.

With the coals just beginning to fade and the heat from the BBQ less intense than before, we popped the parcel on. Flipping the silver package half way through the time, ensured a delicate and even cook. With the parcel opened, the meaty bass flesh just fell off the bones. With a tiger roll in one hand, we all picked meat straight from the barbecue to create a simple yet amazing, as fresh as you can get, bass bap. Honestly, probably the best fish I’ve ever eaten. 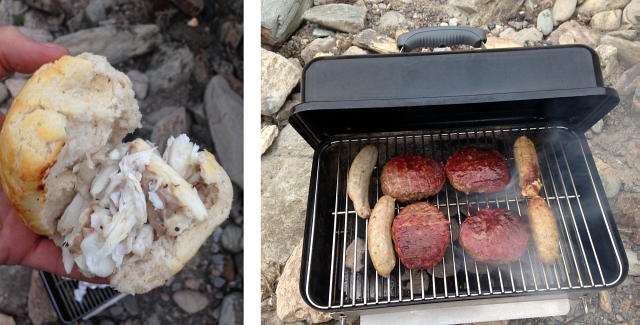 With bellies full of sausages, burgers, bass and beer, we watched the sun set from the beach and reflected on how lucky we are to live in Cornwall and to be able to live out evenings like this for free, so close to our doorsteps. 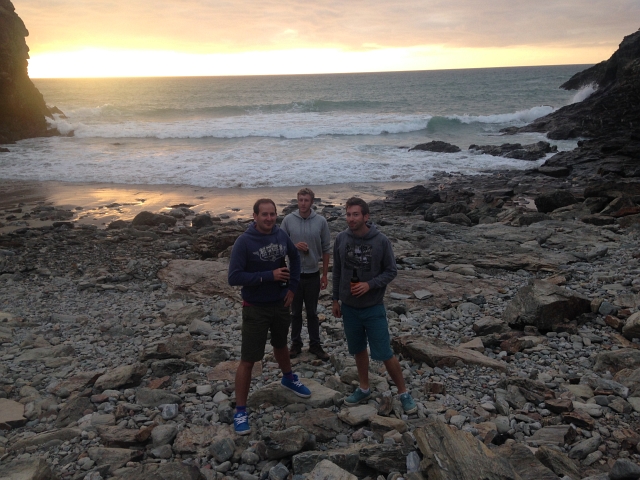 One of the best days of the summer was our visit to Kynanace Cove, situated on the Lizard Peninsula, approximately 2 miles from Lizard Point, Cornwall. After parking in the National Trust carpark at the top of the cliff, we made our way down the steep footpath towards the Cove- we took the easier route due to carrying wetsuits and a picnic hamper crammed with goodies!

As we arrived, in the hope of a picturesque stroll, the heavens opened! We took shelter in the Kynanace Cove Café (an eco-friendly café) and treated ourselves to a very delicious hot chocolate (topped with cream and marshmallows, obviously!), whilst waiting for the monsoon to clear. 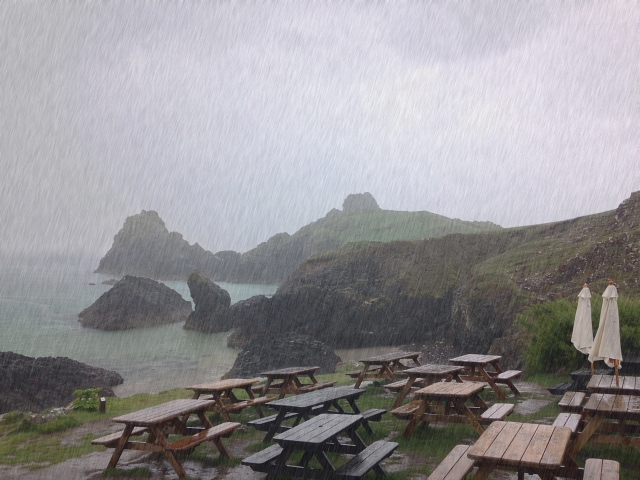 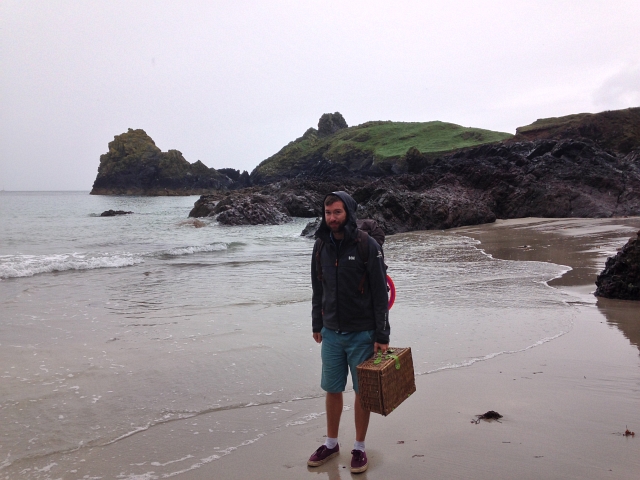 Finally, after about an hour, the rain cleared and we were able to make our way down to the beach- and what a sight it was! It was absolutely breath taking with its crystal clear waters and white sand, dotted with dramatic rock stacks. We explored the beach, and the caves, and found the cove was much larger than expected- and even more spectacular than first thought. 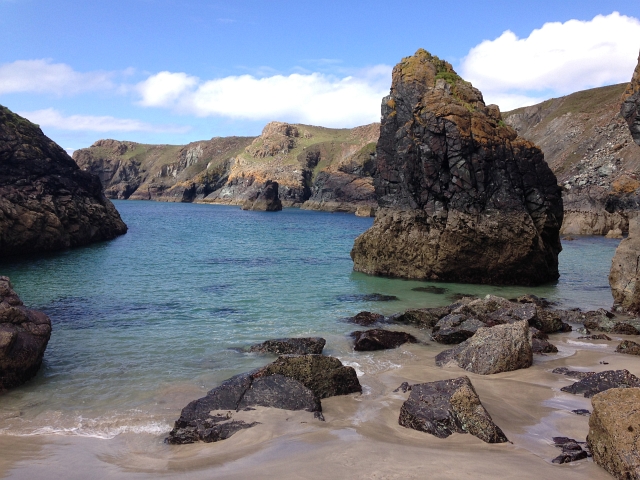 The sun eventually came out in full force, so we took this opportunity to get the wetsuits on and dive straight in to the tropical-looking sea. After swimming around the cove for some time, I popped the snorkel on to have a closer look underneath the gentle waves. I found a large pool to explore, full of coastal sea life, including a spider crab!

It was eventually time for some lunch, so we found a warm, sheltered area by the rocks to settle down for the afternoon. We cracked open a couple bottles of beer and tucked into our pork pies, sandwiches and fruit. It was such a glorious day, so we lay in the sunshine for most of the afternoon, pleased to have found such a beautiful location.