Since moving into my house, my girlfriend and I have really enjoyed exploring the local area, making the most of the exciting and dramatic coastline right on our doorstep. So it was a no brainer to get this book: Hidden Beaches by Daniel Start. This is a guide of “secret” and secluded beaches around the UK, each chapter pointing out a variety of beaches along a stretch of coastline. We were most interested in finding somewhere pretty local to start. Flipping through the pages, we discovered the chapter “North Cornwall: St Agnes to St Ives”.

The pictures on each page are really vibrant and show just how beautiful the area is, this really inspires you to get out there and find the beaches. Each description about the various coves included in the chapters are very detailed and even give a brief history of some locations. It’s an extremely interested read; I learnt lots of things such as the beach at Porthtowan was heavily mined in the war by German Bombers as they hoped to destroy the surrounding airfields. We looked through the listed locations and chose a beach not too far from where we were- Porth-cadjack Cove, Portreath. So wearing the correct footwear (it stated there would be a steep scramble using a rope to get to the beach) and using the information given about how to get there, we headed off in the van. 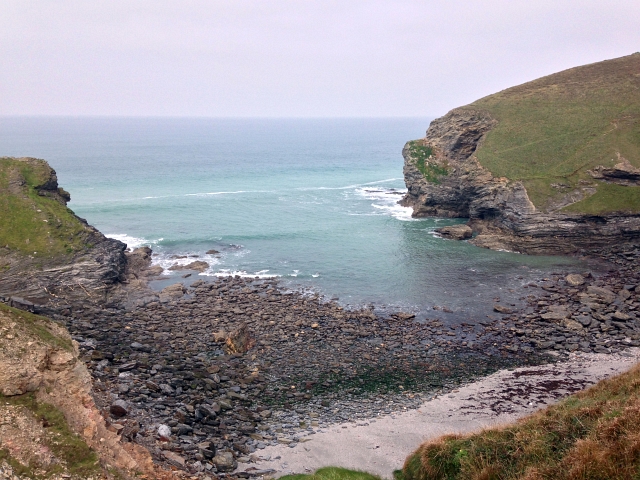 It’s a good job the directions were very detailed in the guide, as there are no signposts to the beach, let alone to the nearest car park. We turned off the main road, driving down a rough, stoney path, to the cliff-top car park overlooking Bassett Cove. What a view! There was hardly anyone around, except for a few surfers enjoying their morning, trying to catch the waves below. It was quite exciting thinking about what the beach might be like. There were a few paths going across the cliff top and we weren’t sure which way we needed to head. The book stated to head NE along the the coastal path for 400 metres, and drop down into a gully. So off we went! It wasn’t a challenging walk and we enjoyed the wildlife all around including kestrels flying on the air currents coming off the cliffs. 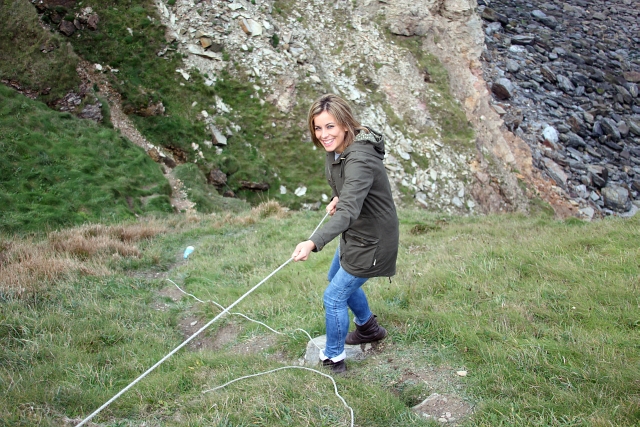 We eventually arrived at the aforementioned gulley- the path basically sloped down towards the sea, with built in steps to help make the walk down a little easier. We headed straight towards the sea, however, it looked as though we were about to reach the cliff edge. Had we taken a wrong turn?

We quickly realised the path did continue, but down a pretty steep drop, and luckily, some very kind person had secured a rope hanging over the cliff. There was an added sense of adventure as we scrambled down the steep path, using the rope to keep our balance. To our right, there was a mini waterfall, making this location feel even more exciting. 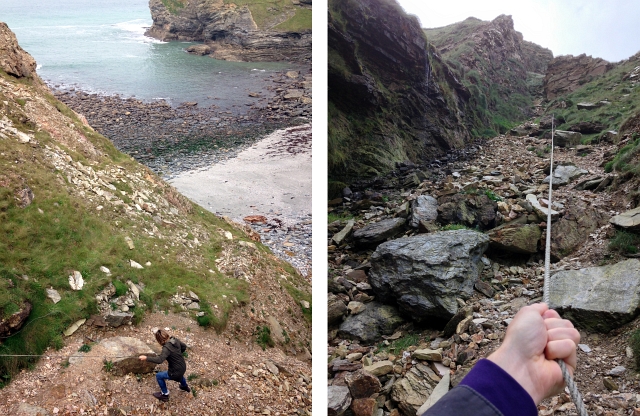 After our descent on the edge of the cliff, we finally reached the pebble cove. It was fantastic and very dramatic with the surrounding rocky cliffs. Now that we’d made it to the beach, what else was there to do, but explore. We worked our way over the rocks and climbed onto Samphire Island. It was a good climb up to the top, and the views from the summit were worth every second. In one direction, we could see “Ralph’s Cupboard”, a sea cave about 300M NE from the beach itself; In the other, Bassett Cove.

It was just spectacular and being the only ones there made it seem like we had our very own private beach. After descending the Island, we worked our way around the beach, checking out the variety of flotsam and jetsam washed up on the shore. It truly was a fantastic beach to explore, making me feel very lucky to live along the North Coast.

On our way up, we were so glad for the ropes. I didn’t realise quite how steep it was until we made my way back up to the carpark. After a scramble to the top, we walked back along the coastal path, taking in the awesome views- beaches on one side and the beautiful countryside on the other. There were even more kestrels, this time perched on the fences around the fields looking for prey in the crops.

If you are prepared for the steep climb down and are keen to do some exploring, Porth-Cadjack is well worth a visit. I will definitely be returning, possibly for a barbecue in such a hidden and super-wild location. I’m looking forward to working my way through the Hidden Beaches Guide and finding some more hidden beaches and coves around my local area and beyond! 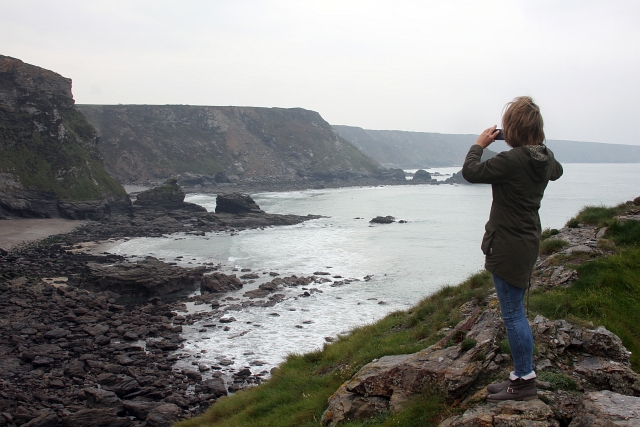 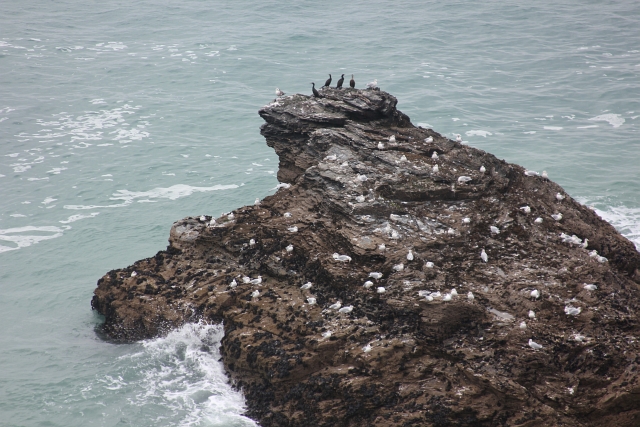