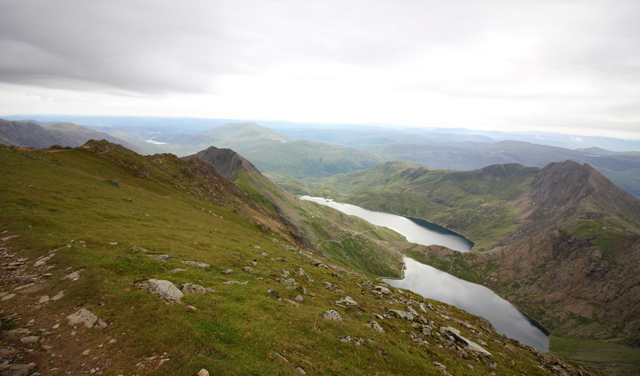 Recently we stayed in a hostel in Snowdonia. It was such a great experience being able to hike and scramble up to some of the highest places in Wales. Although there was a TV at the hostel, we felt it is always better to make the most of the evenings, instead of just chilling in front of the television. And what better way than to play some games. The ones we managed to take in our bags were Fluxx, Skull and Sequence. All three very different, yet all so much fun. 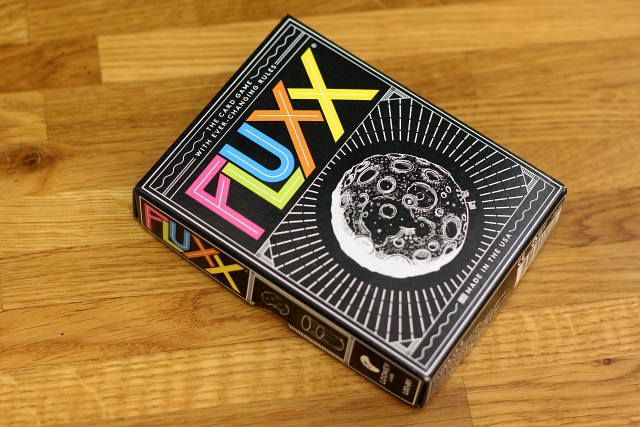 One of the best games we played in the evenings was Fluxx. The description is ‘The Card Game with Ever-Changing Rules’. We had played it before with friends, and although it is slightly better when more people are involved as most games normally are, it was still a fantastic way to spend the evening at the hostel. I know we got a few interested looks from the other guests trying to check it out.

What makes this so much fun is the fact the rules changes so quickly. Game play is fast and what I love about it is that you can go from a winning hand to losing with just one card. 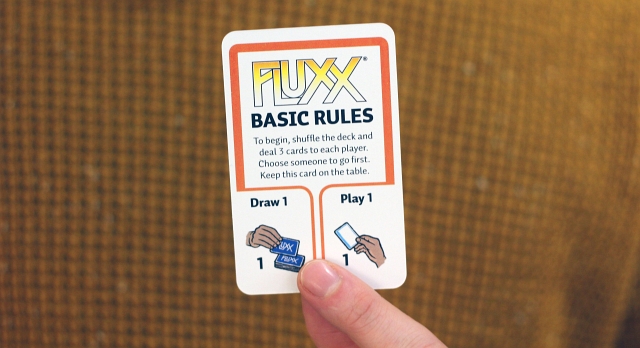 The rules are so simple and really easy to pick up. To start with you deal 3 cards to each player and select a player to draw just one card – this card remains on the table at all times – then the first person plays one card. As each player’s hand predicts what the next rule will be, no game is ever the same. On your turn you have to draw the number of cards required, then play the number of cards required.

The types of cards:

Goal: this card applies to everyone as soon as it is dealt and when it meets someone’s conditions they win the game. The game doesn’t actually end until there is a clear winner. 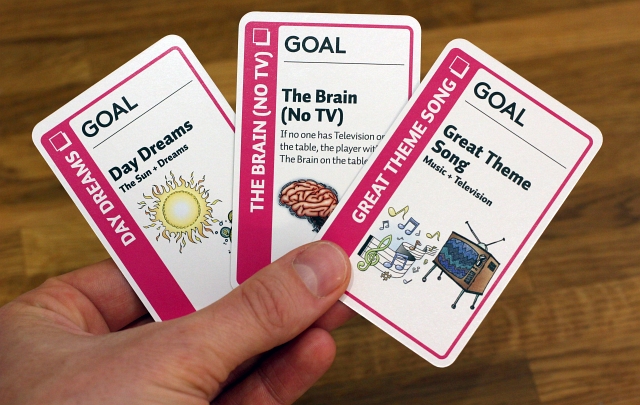 Keeper: The Goal card can indicate which keeper card you need to keep/collect.

New Rule: This card states a new rule and is effective straight away. Once played, all previous rules are void. Players have to follow this new rule immediately such as ‘Play 2 Cards’ instead of the original 1 card deal.

Action: Do whatever the card says then discard.

Vicky and I had so much fun playing this. I think it’s good for any age group, as long as they can read. It got really competitive when I had a winning hand and then Vicky played a card and changed the rules, making me have a terrible hand- super frustrating but really funny. It is such an addictive and fun game which we played most nights. As it comes in a very small box, it is the perfect game to bring along on any trip away – camping, city breaks and hiking in Snowdonia. 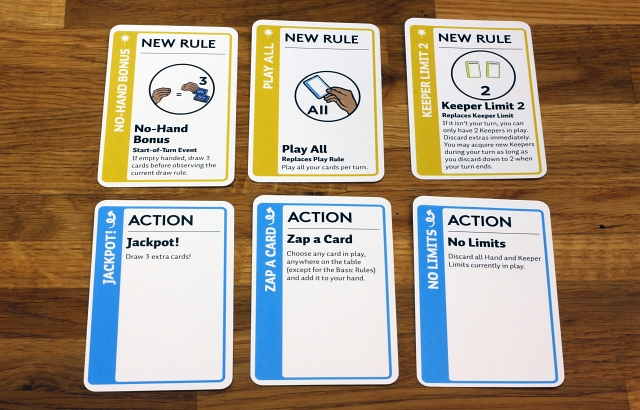 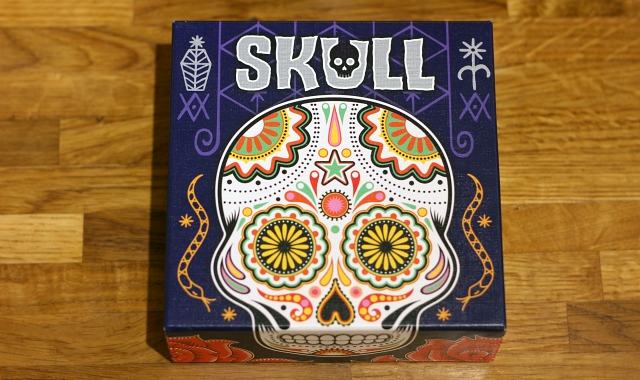 We recently got Skull and decided to bring it with us to the mountains as another game to fill our evenings with. However, we didn’t realise until opening the box that the game is for 3-6 players. Thankfully there were lots of guests staying at the hostel and this was the perfect way to get to know people there. After chatting to a couple on the first night, we invited them to join us for a game of Skull. The game is a bit like poker, full of bluffing and bidding, although much simpler in game play, really easy to pick up and you don’t need to be able to do any mathematical odds. 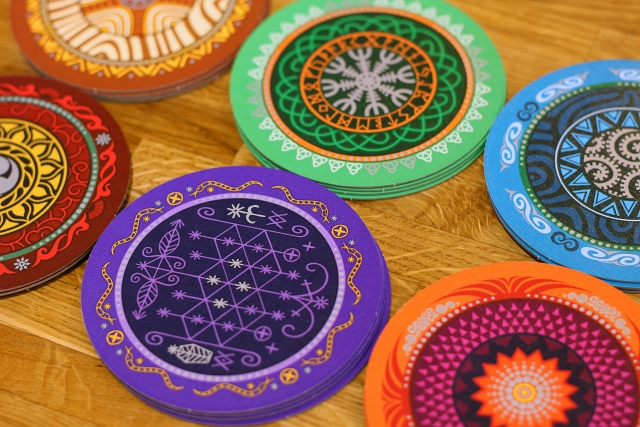 Each player starts with 3 flower discs and 1 skull disc in their hand, plus a square card used for scoring throughout the game. Player 1 chooses a card from their hand secretly, then places this face down on their square card. Each player does the same in turn (play goes round to the left of player 1). As soon as it gets back to the start, player 1 can choose to put down another disc from their hand on top of the original and the game continues around as before or a player at any time (on their next turn) can call a ‘challenge/bid’. This player is now the challenger. For example, this challenge could be ‘I bid that I can turn 3 discs over without turning over a skull’. So the challenger then turns over any of the dealt cards from theirs or their opponent’s cards (it must always be the top card). If this player turns over 2 cards, followed by a skull card, they have failed to complete their bid. A second player then takes a card from the challenger’s deck and discards it in the centre of the table, leaving them with one less card in their hand. If, however, the challenger manages to complete their bid, they get 1 point. If they get a second point, they win the game. 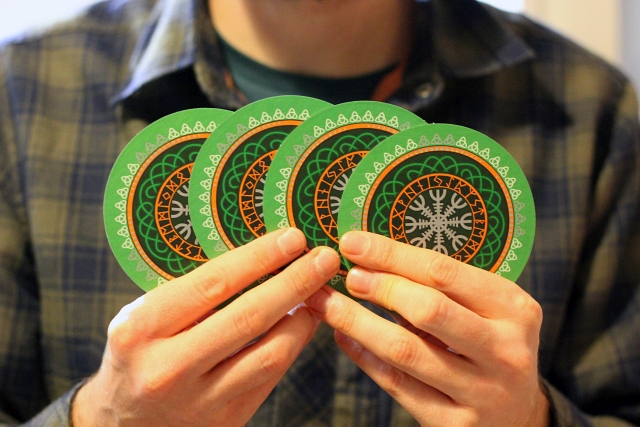 Now, this is where it always gets interesting as another player can outbid the number originally challenged. Normally the rules state that the bidding goes round to each player in turn, like in poker, players can pass or place a higher bid. However, we just let anyone call out. The player who calls out a number first gets to use that number until a higher bid is called out. The exciting part is that you can bluff. Do you have a skull or not? Bid too low and other players may think you have a skull hidden in your deck, bid too high and you risk picking up yours or someone else’s skull.

After someone has either won a point or lost a card, the round begins again. Remember to bluff during each round to trick people in thinking you have laid down a skull.

Skull is such a great game to see who is really ‘Evil’ amongst your friends and will try to make you lose. It really is one of the best games I own. Super simple to learn, teach and play which everyone loves and as it comes in a small self-contained box, it is highly portable to any location. Even though it’s easy to pick up, Skull has taken us a little while to master and really hone our skills in bluffing. It is a game that we will definitely be bringing away again. 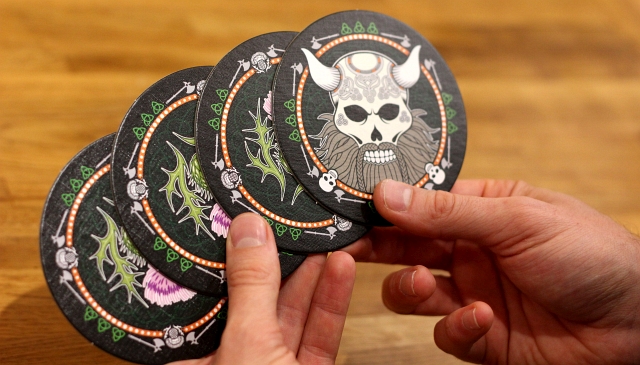 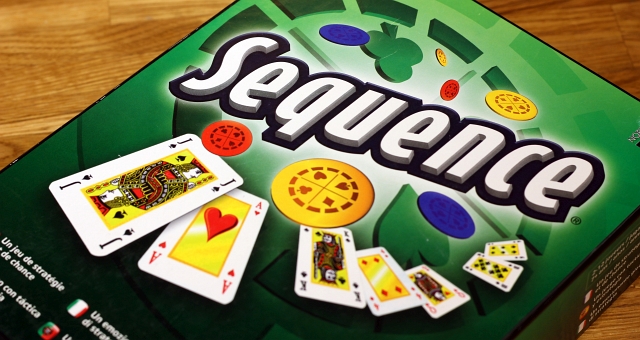 We played Sequence years ago with friends and finally got ourselves a copy of it. I would recommend the game to anyone, children may find it a bit boring, but it’s perfect teens and adults.

Each player takes it in turn to lay down a card from their hand and place a token on the corresponding place on the board. The goal of Sequence is to make a sequence of five on the board by using the cards in your hand. During the game, as well as creating your own sequence, you are also trying to stop another player making a sequence. This can be done using a Jack. 1 eyed Jacks can take a token off the board (this ruins a player’s sequence) or 2 eyed Jacks act as a Wild Card to help you to complete a sequence of 5.

It is such a great feeling to disrupt a player’s sequence by removing one of their tokens and even better if you manage to make a sequence without a player noticing. The game ends when the first player or team makes 2 sequences of 5. 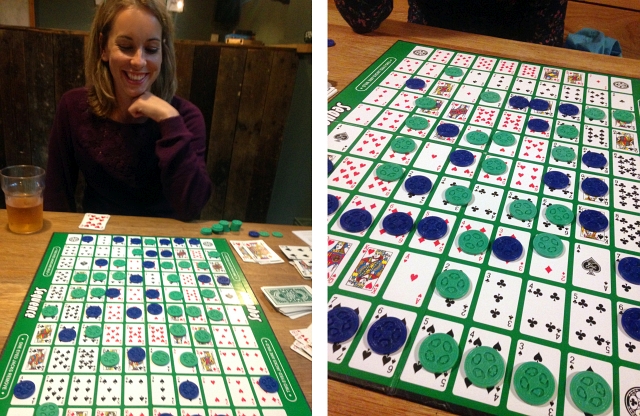 The game can be played with 2 or more players. As there are only 3 colours of tokens, if there are more than 3 people, you have to play in teams. However, this makes game play even more interesting as you have to work together to deceive your opponents.

It is one of the most addictive games we have ever played. It really does involve a little bit of strategy and for-sight, and is a great way to spend a few hours anywhere and at any time!