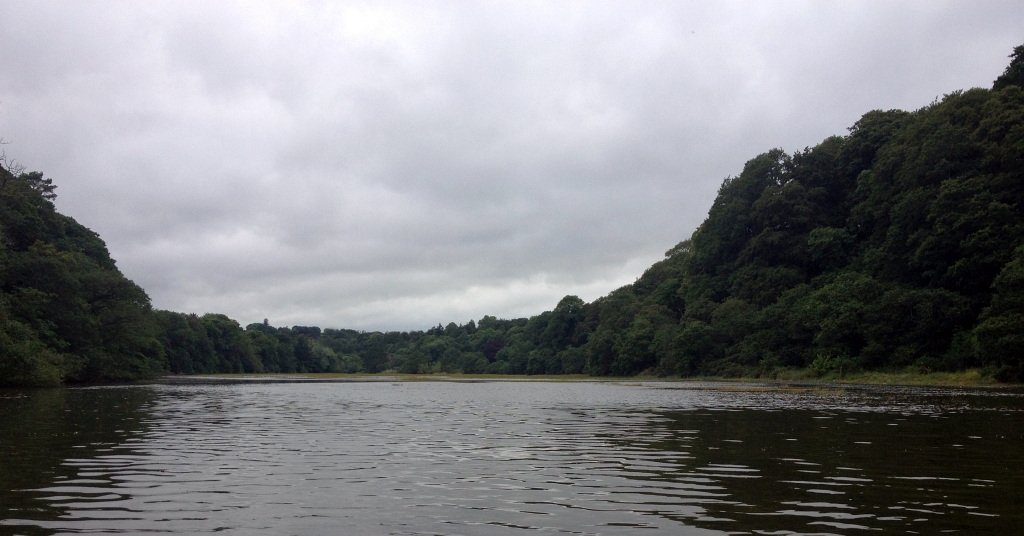 Normally, sea kayaking is my thing and I love nothing more than being out on the kayak fishing or adventuring. This Saturday, however, things went slightly differently to a normal kayaking trip. As we drove towards a sheltered South Coast spot, we passed the River Kennel, which comes from the beautiful Kennel Vale. The river was at a really high state of tide and rather than having a grassy flood plain on either side, the water filled the whole valley. 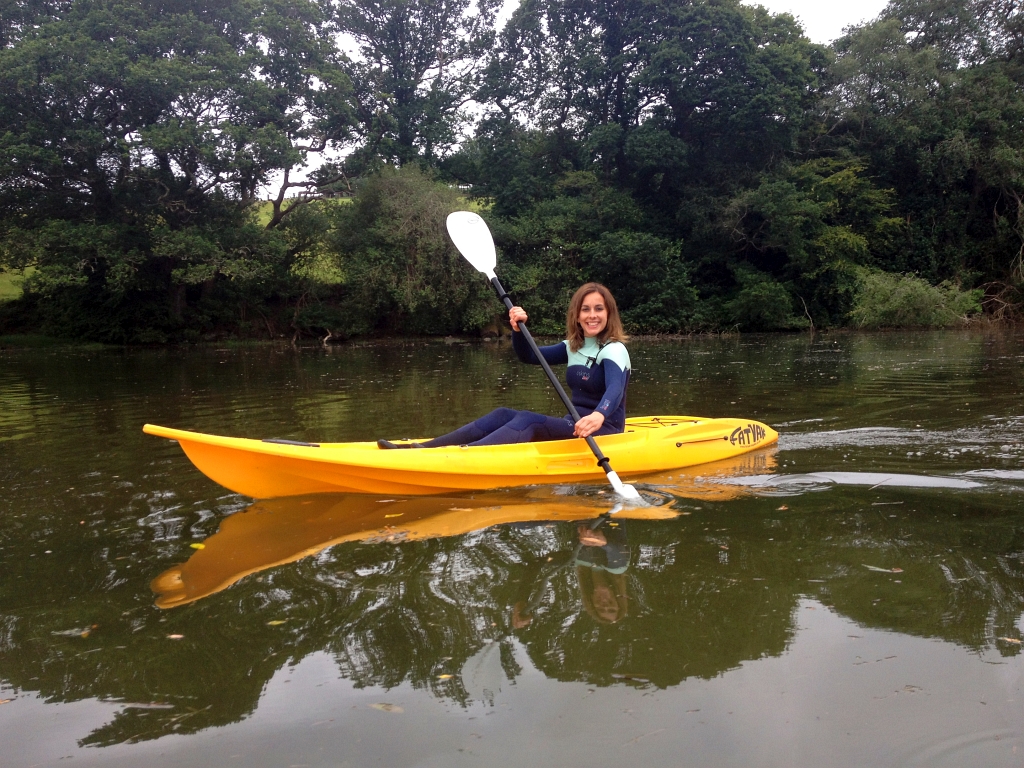 We had the sudden urge not to get into the salty sea but to do something a little bit different and paddle down the river. Sharpishly, we did a sneaky U-turn in a pub car park and headed back to the river. I ditched the car in a lay-by which sat right by the river and we unloaded the two Fatyak Kaafus. 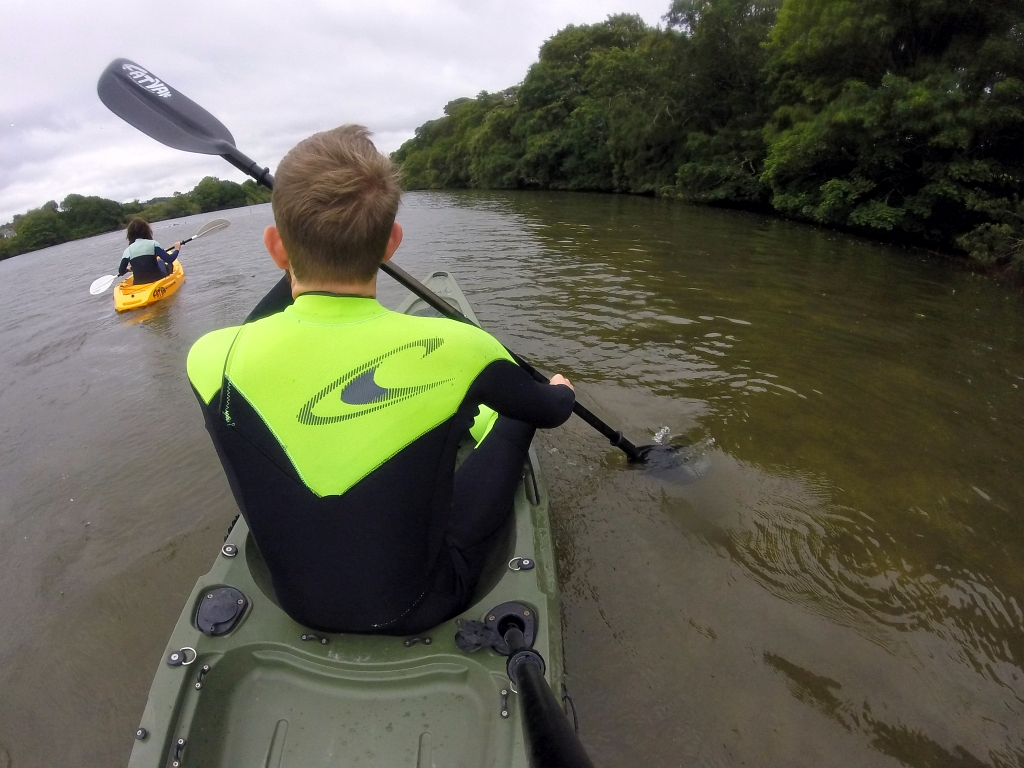 We quickly changed into out wetsuits as we were in a lay-by and did look a little weird! With everything ready, we slid the Fatyaks into the river and off we went. I had actually forgot the seats; this was the first time this has ever happened and I was expecting the trip to have been ruined by the discomfort. I was pleasantly surprised and found that, even without the seats and with a lack of back support, Kaafus are still pretty comfy. 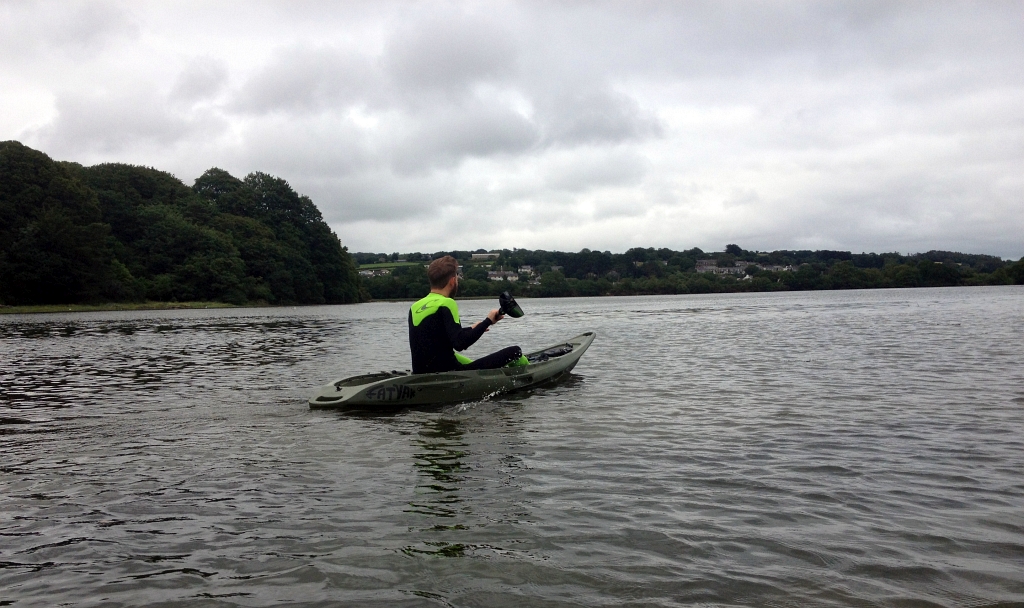 Kayaking down a river or creek makes a really lovely change from sea kayaking. Rather than coast and caves to explore, you have river banks and overhanging trees. We had a great time paddling under huge oaks which leant out over the water. 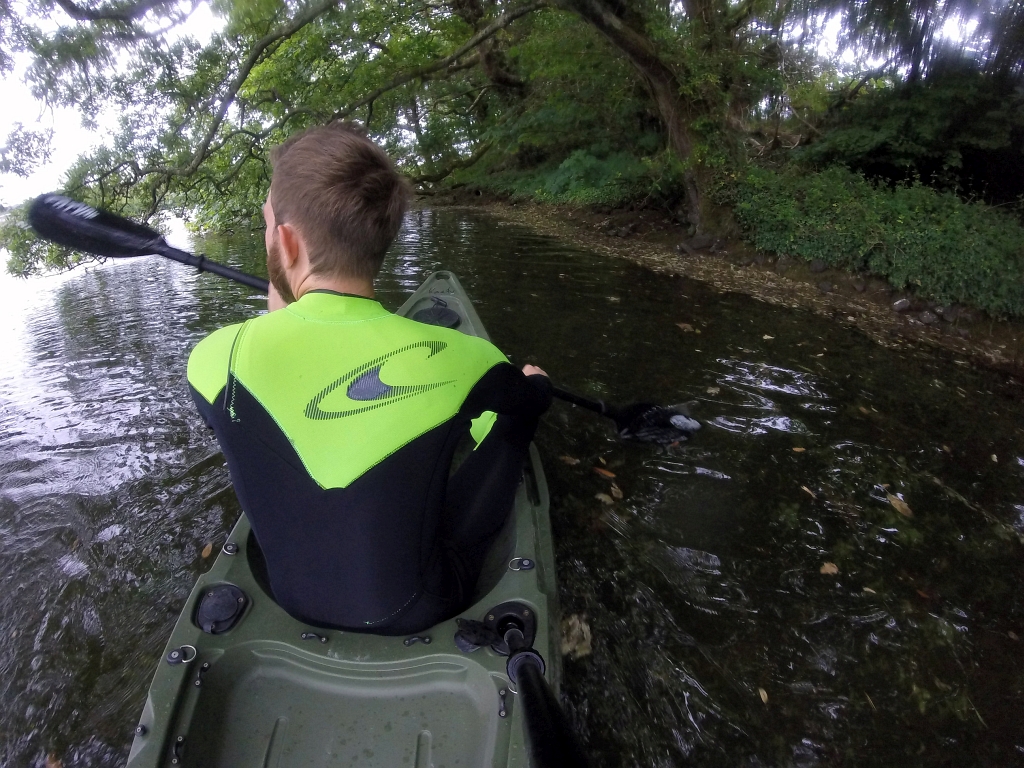 The water in the river was very flat and calm; in places it was almost completely reflective. If you looked into the water where the river had risen up over it’s banks you could see the grass and vegetation that wouldn’t normally be submerged. I kept staring in expecting to see a newt, fish, frog or at least a tadpole swimming about. 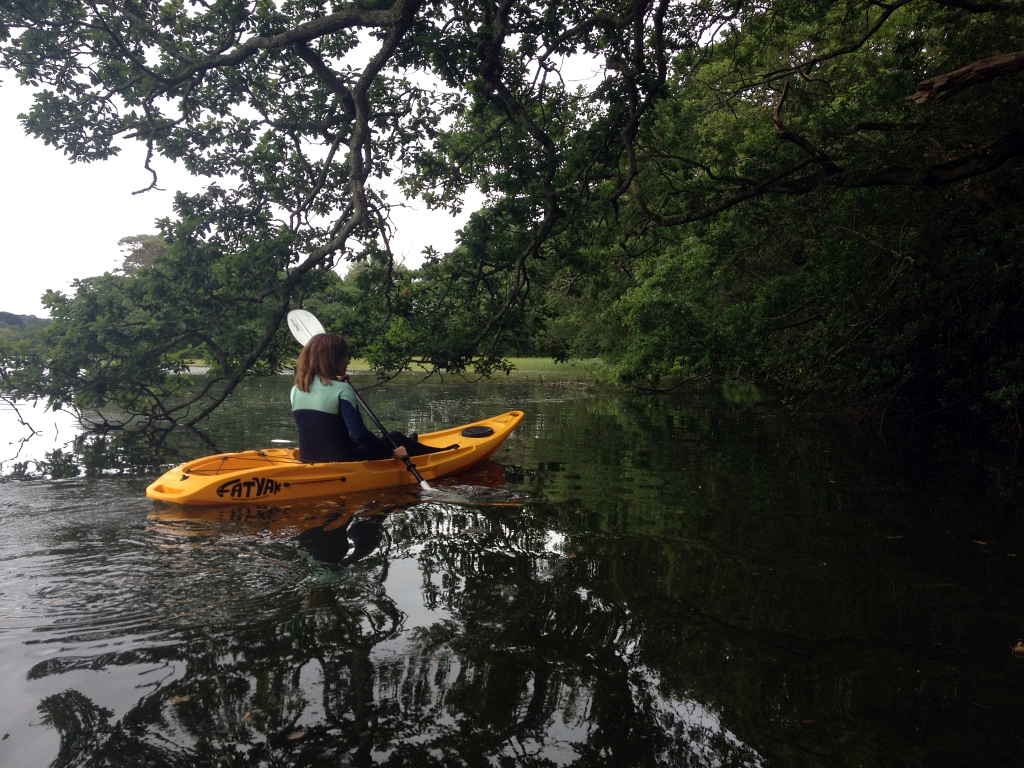 Out from the river bank, we could see Black-Headed Gulls flying about in groups as well a few solitary Little Egrets. This was a nice change as it’s normally Shags, Cormorants, Gulls and (every now and then when we’re lucky) Gannets. 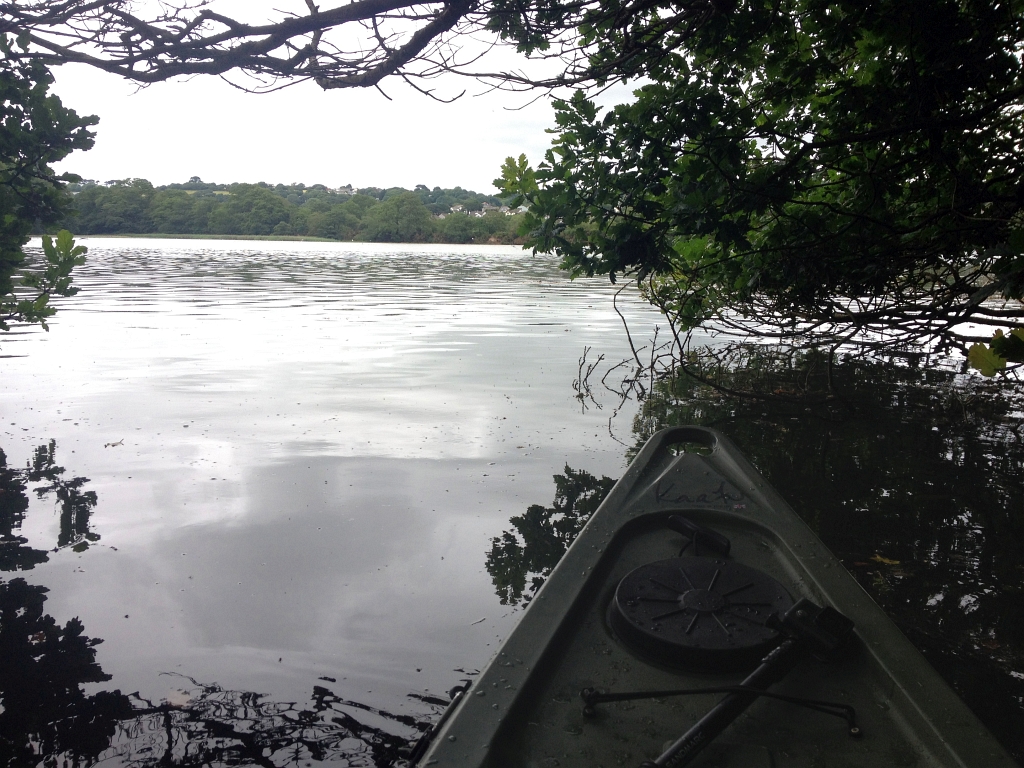 We continued down the Kennel River, passed where the River Carnon joins it and onto Restronguet Creek. We’ve paddled around here several times before and it’s a lot of fun kayaking down from Devoran or Loe Beach to the Pandora Inn. 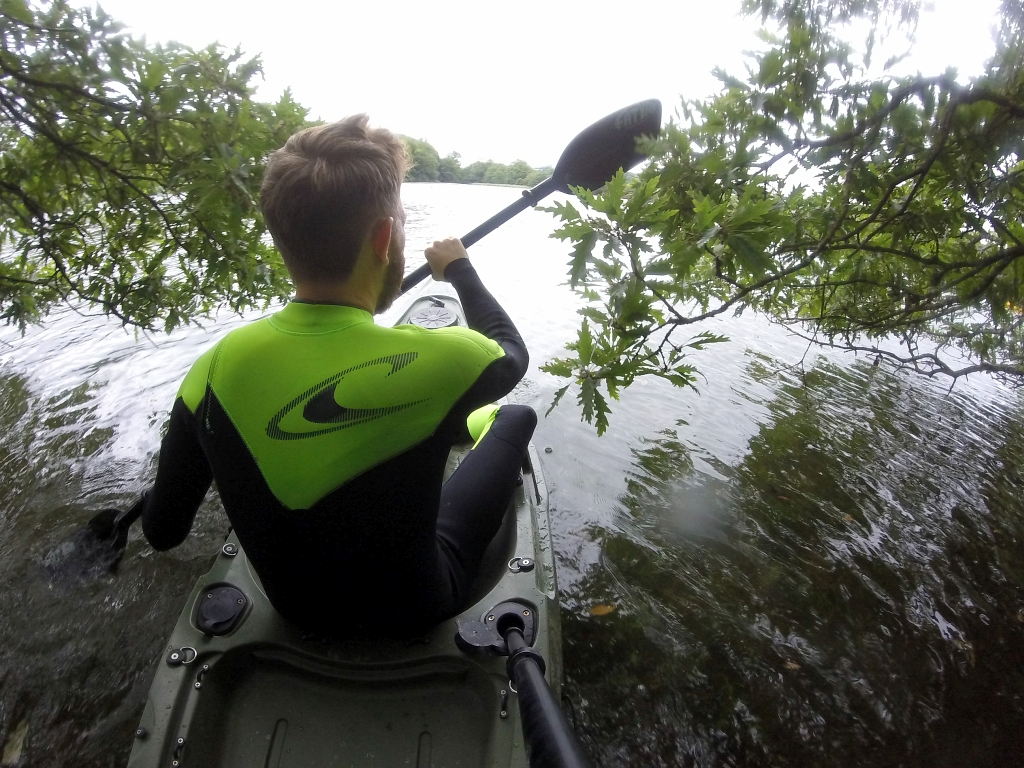 As we neared Devoran, a large bank of reeds appeared on the righthand side of the river bank. These were definitely not something we would normally see whilst sea kayaking. As I paddled alongside them, I half expected see a heron nesting amongst them! 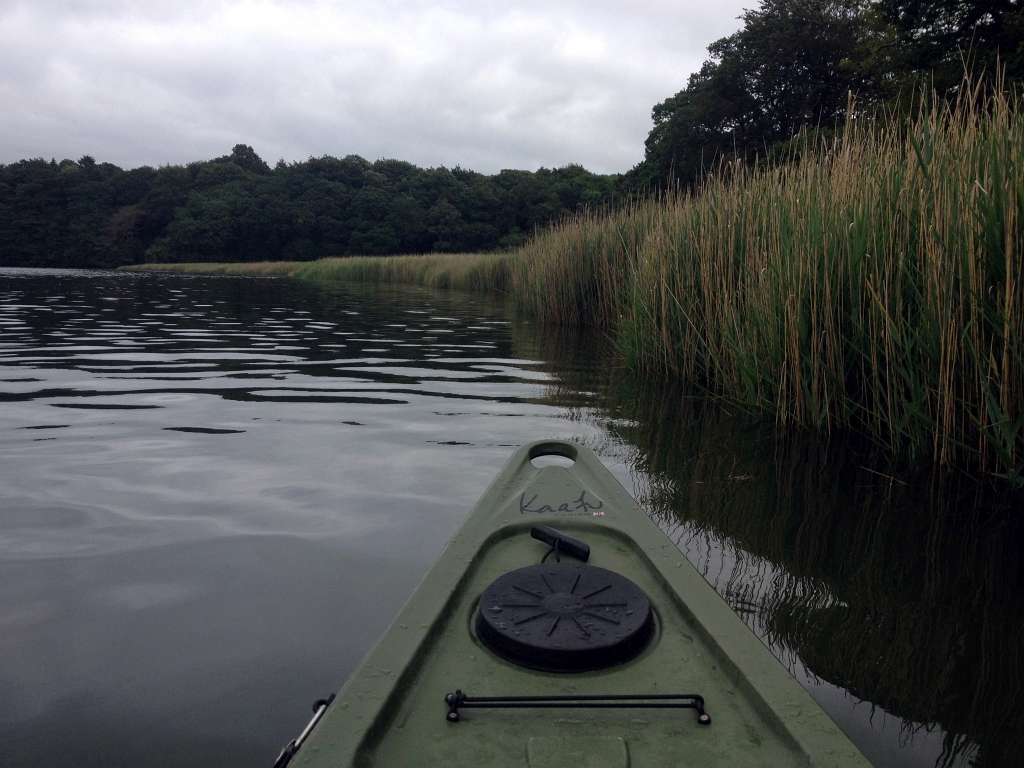 Although the tide was going out, it was moving pretty slowly. This meant that we could take our time when paddling down the river and didn’t have to rush to get back upstream before the tide became too low. 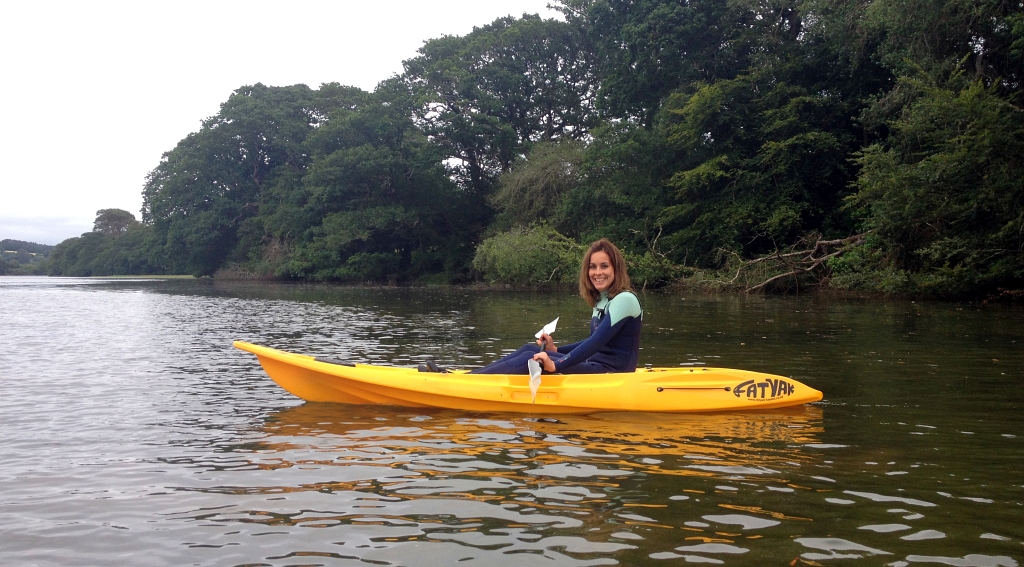 One of my favourite sections of the river was a large area of long grass (or maybe short reeds). This part, you could gently paddle over and look down into the shallow water. It was a bit alien and rather strange. 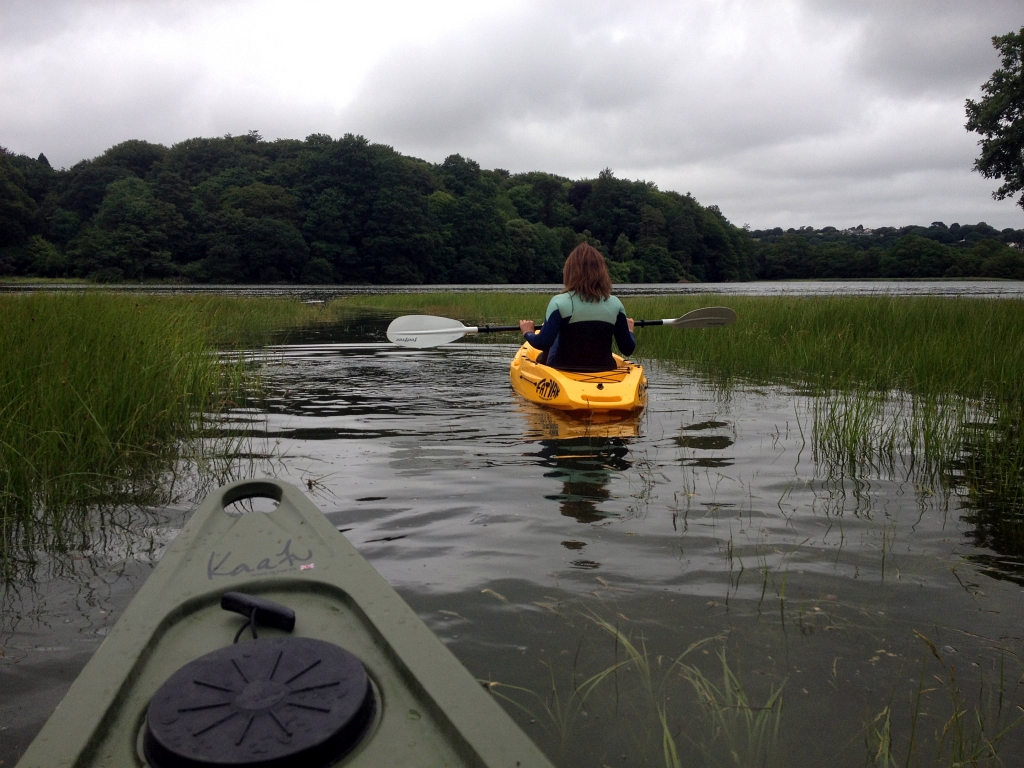 As we paddled slowly through this undergrowth, I spotted a little frog. I gently lifted him up onto Vicky’s Kaafu to take a photo. He (maybe she) hung out on the deck for a little bit before hopping back into the water to conduct their froggy business. 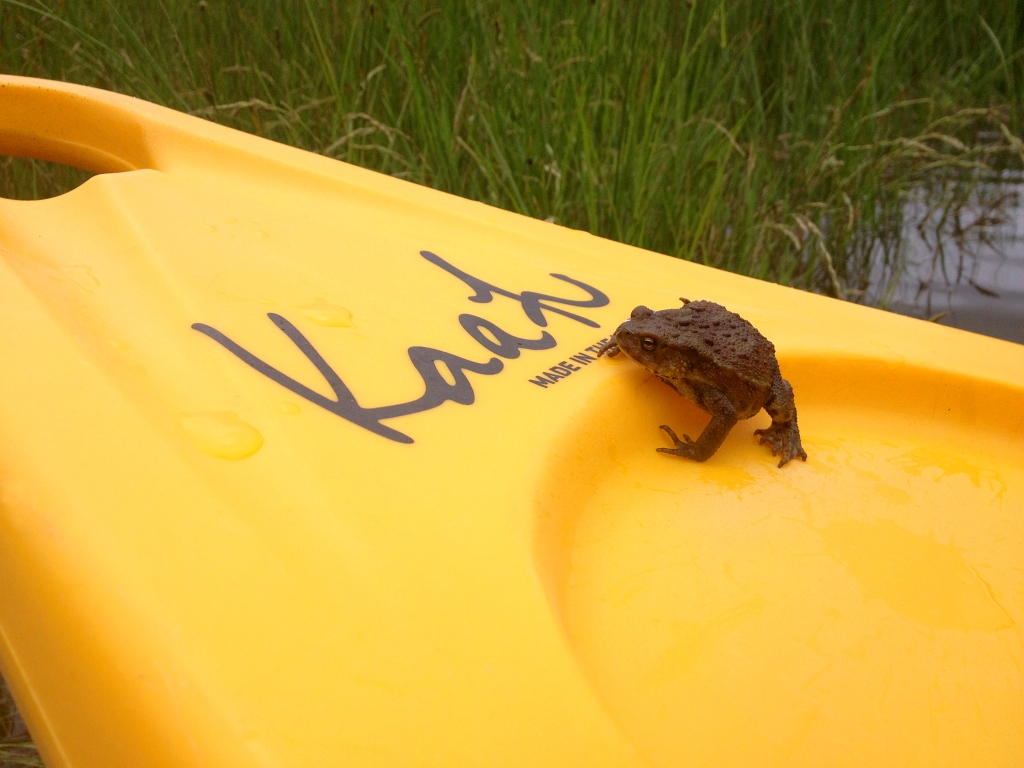 This trip down the river was a great little spontaneous change of plan and was a lovely alternative to the regular sea kayak. It’s nice to have a variety of scenery and although rivers don’t tend to be as exciting as the ever changeable coastline, the differing variety of flora and fauna do make them an awesome spot for a paddle. 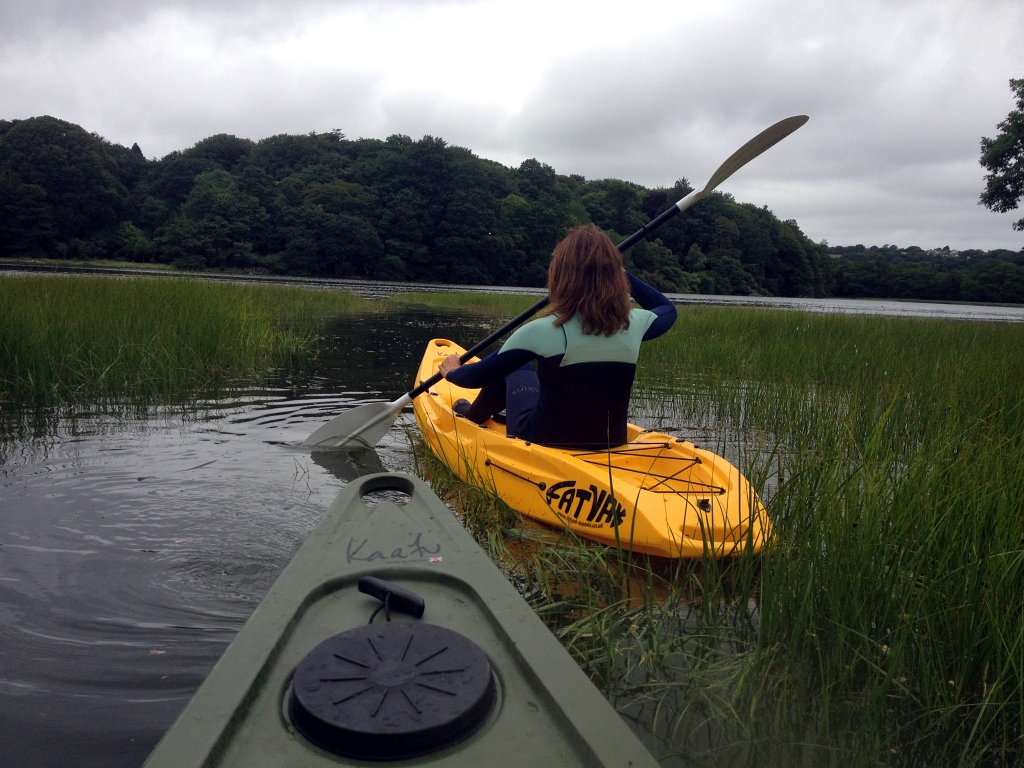