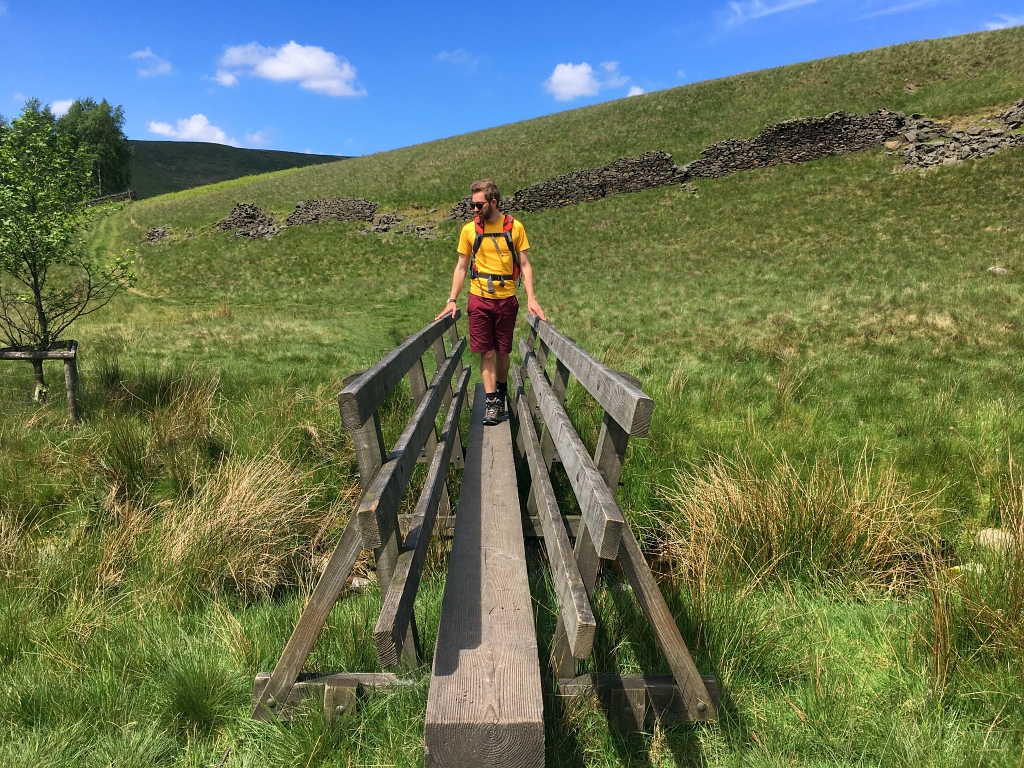 We really wanted to experience the best of what the Peak District had to offer and decided that while staying at the Hayfield Caravanning and Camping site, we would head up to the highest point in the Peaks – Kinder Scout.

After a bit of research to determine our route, we found the perfect one. This was a scramble up Red Brook Ravine, a good ascent between the River Kinder and the plateau above. This grade 1 scramble proved to be such an exciting and picturesque route, and was the perfect way to spend a day in the Peaks! 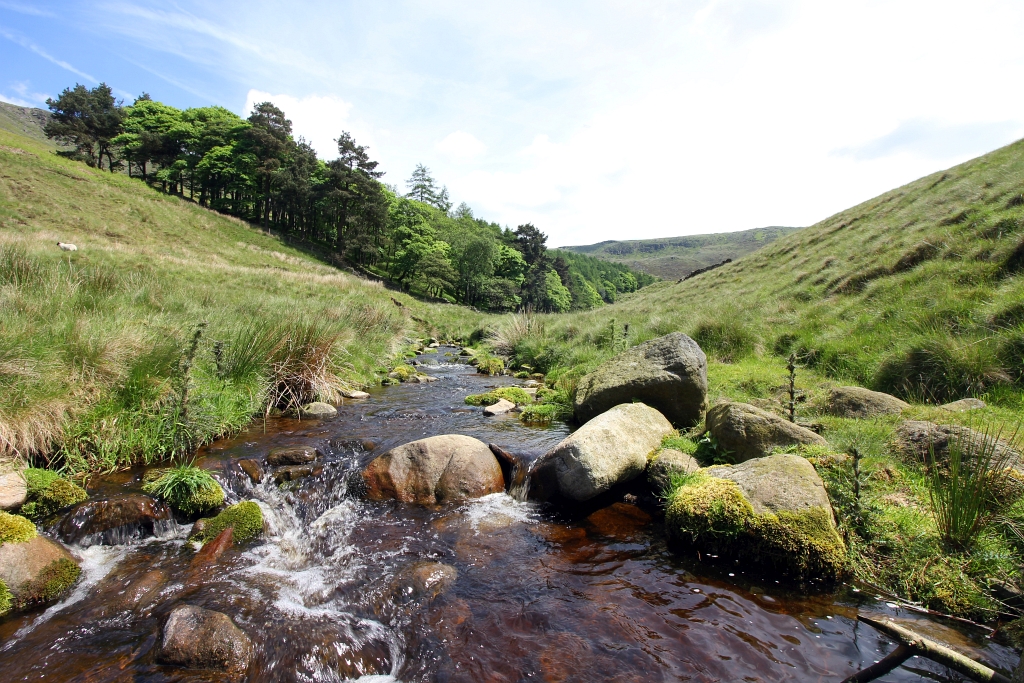 The route began at Bowden Bridge Carpark, Hayfield. This fortunately happened to be right outside the campsite, so a great start! From the carpark, we walked up Kinder Road to the Kinder Reservoir. We followed the obvious footpath along the west side of the reservoir, ignoring the switchback to the left. After crossing the William Clough footbridge, we turned right and continued to the east side of the reservoir, where the River Kinder joins it. 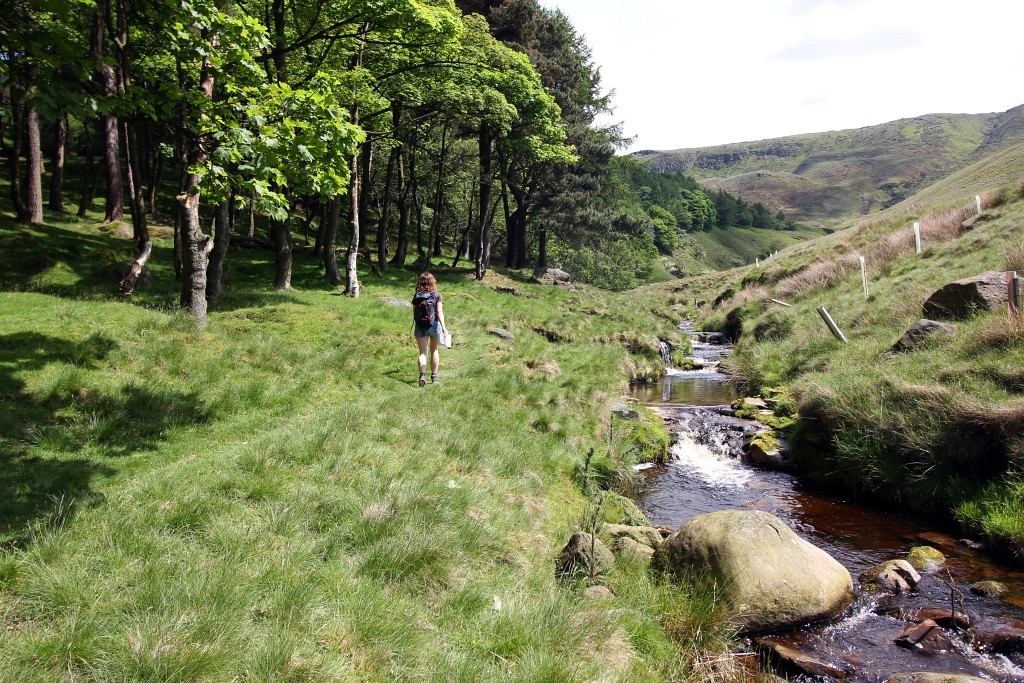 It was so picturesque and such a pleasant start to our walk, especially in such glorious sunshine. We crossed another footbridge and continued along the path which follows the river upstream. You know you are headed in the right direction if you can see woodland ahead. At a couple of points you have to cross the river and re-cross again. 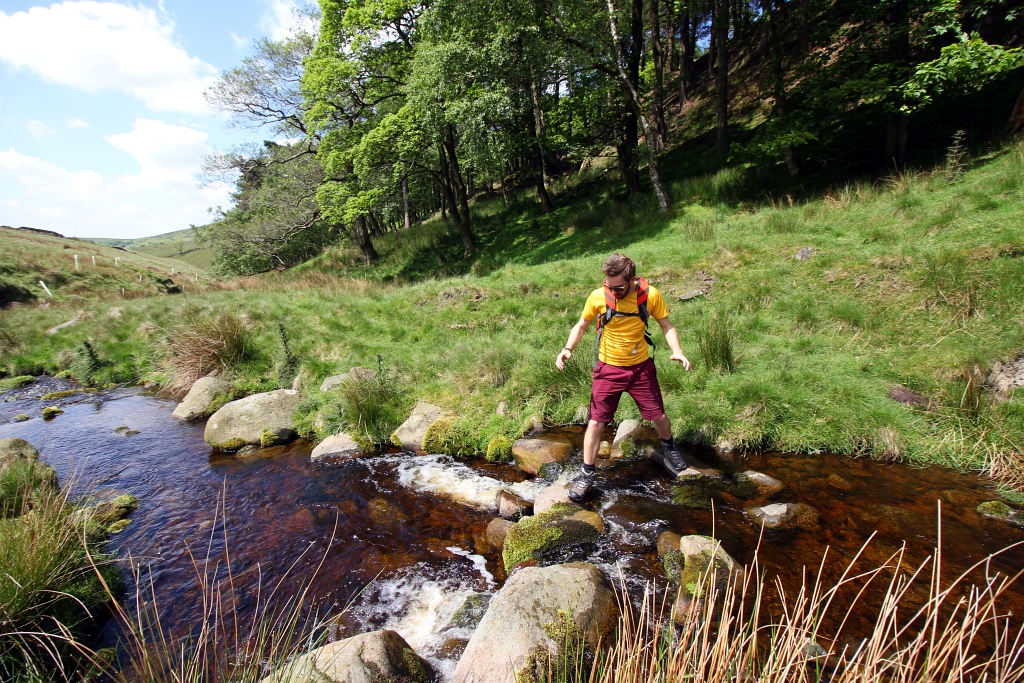 We eventually reached the woodland and wow! This is apparently one of the most beautiful valleys in the whole of the Peaks and I am so pleased we got to see it. It is so pretty- sheep dotted around, a stream running through the centre framed by woodland and hills. The wonderful British countryside! 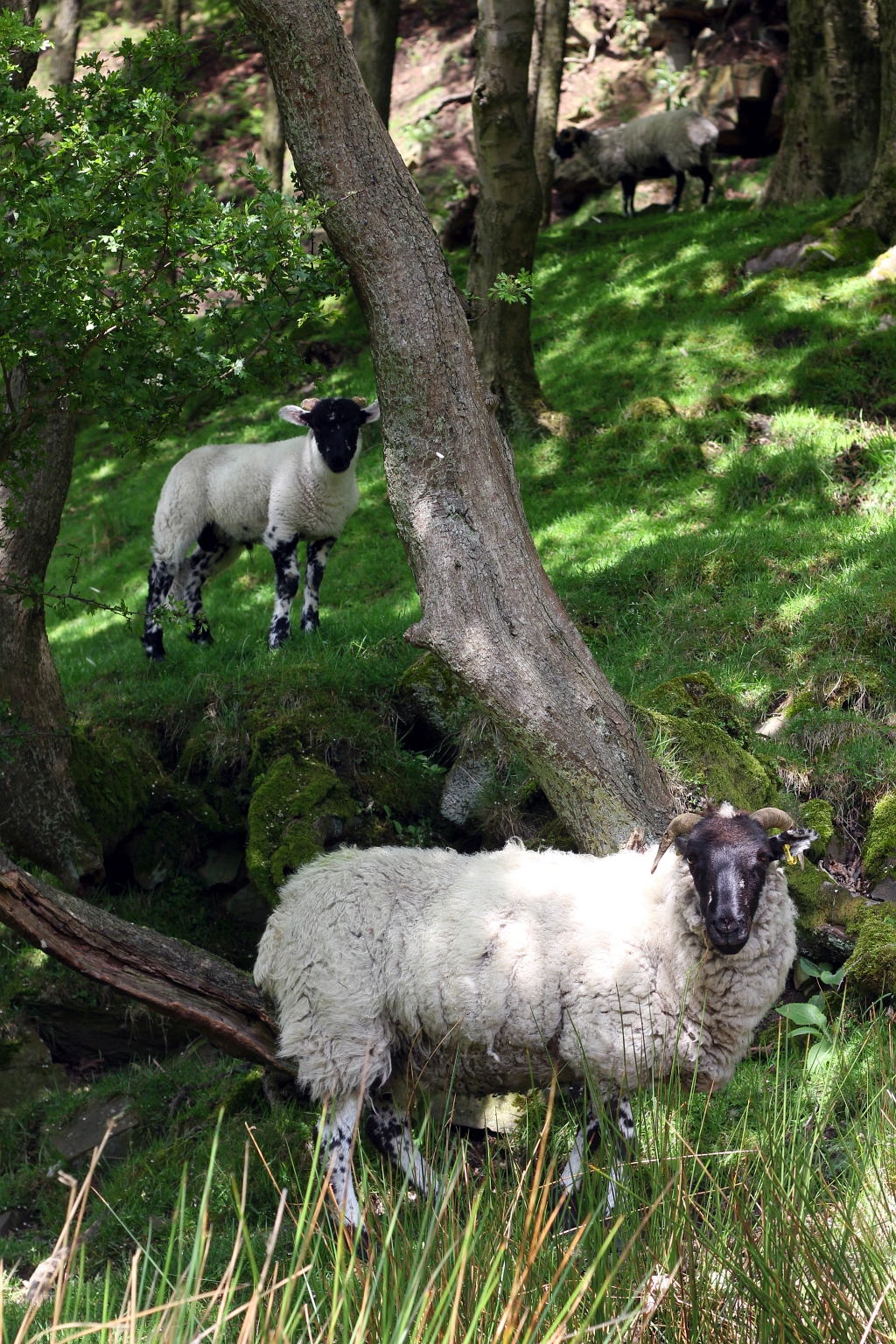 As we continued, we could see the top of Red Brook ahead. We followed the river and it was already so exciting. There are loads of boulders spread around in the water. Even though there are footpaths along the side of the river, we chose to scramble over these big rocks to make this walk more of an adventure. 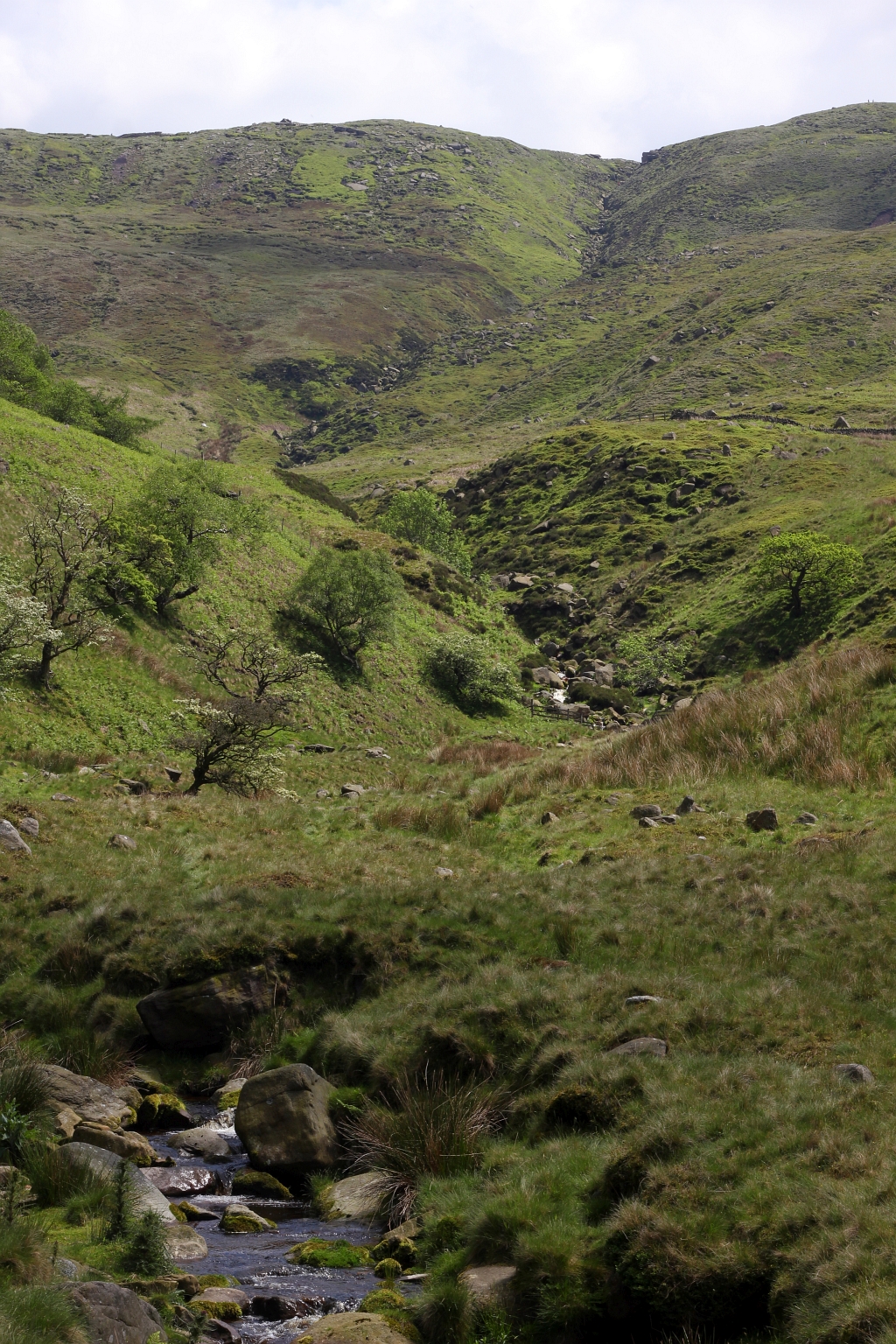 At points it did get a little sketchy, due to the rocks being covered in plants – be careful as some rocks are super slippery – however, it was so much fun to do and warm ourselves up ready for the more challenging scramble we were about to embark on. We continued all the way into the ravine of Red Brook. 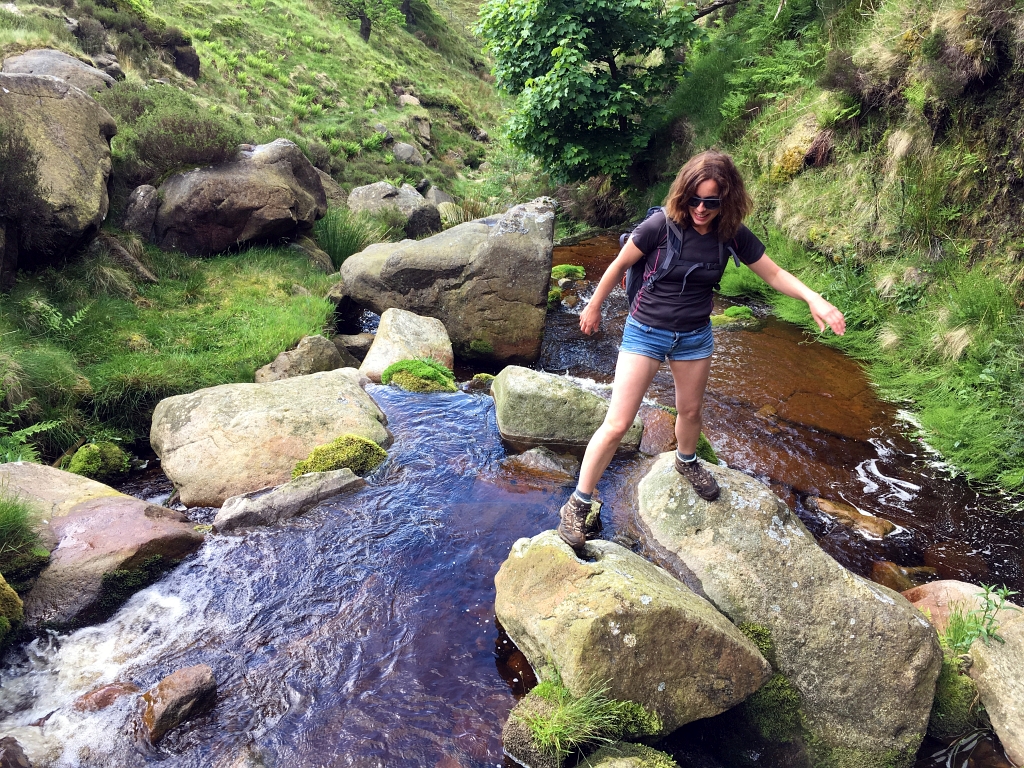 The climb begins at the fork in the road- we took the right bend at this point, past some ferns and located the narrow footpath. We walked along and very quickly we reached the rocks which indicated the start of the Red Brook Ravine. Normally, this ravine does have some water, however it was very dry for us, due to the lack of rainfall there had been. 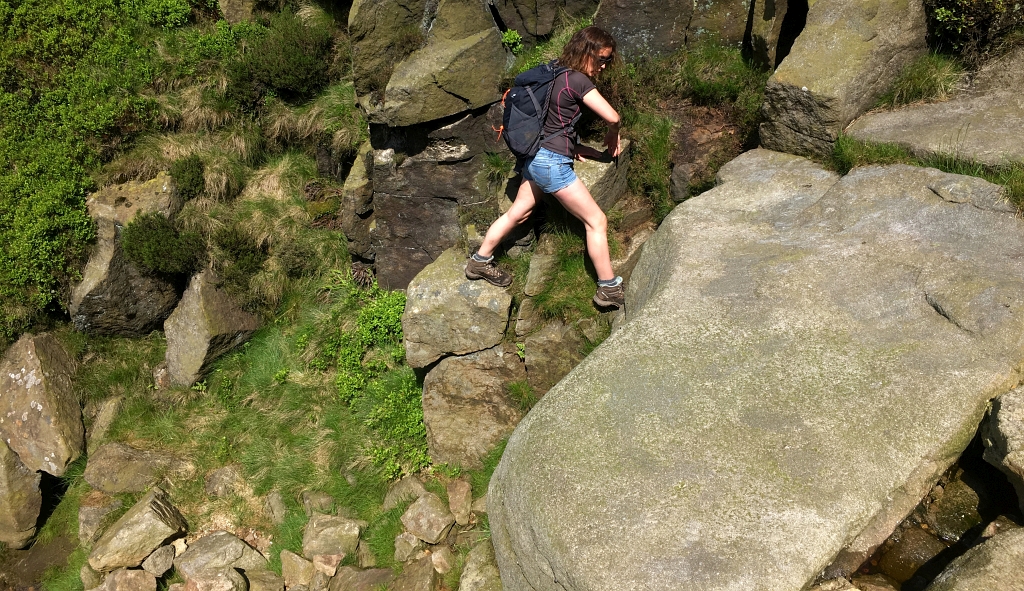 There were some challenges as we ascended which added to the fun and made it more exciting. Some parts were quite technical, so make sure you have the correct footwear to give you the best grip as you climb. 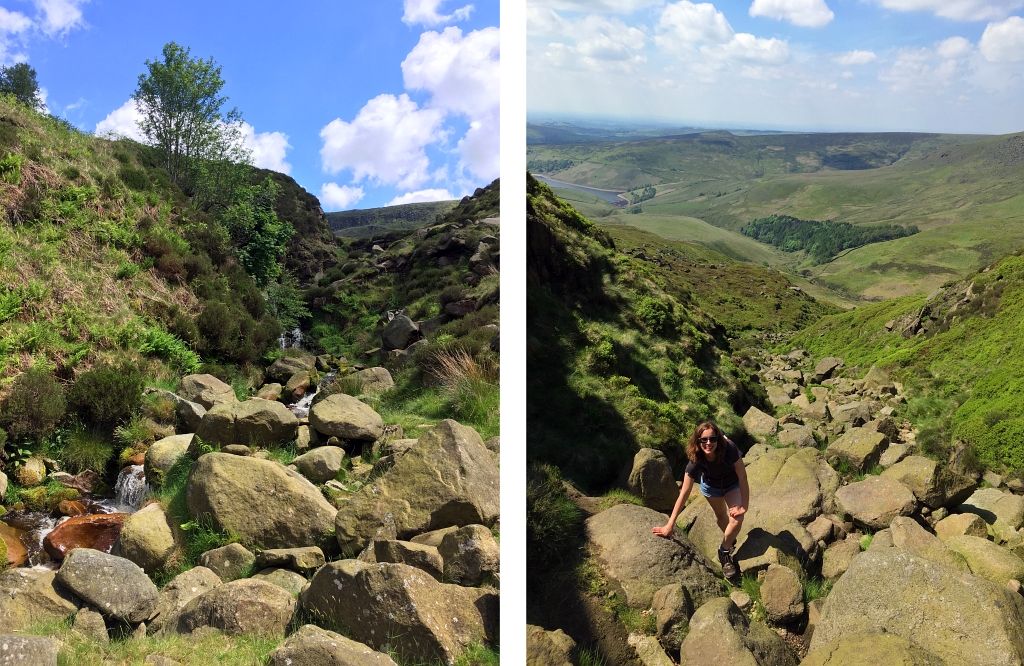 It got super interesting halfway up as the ravine got narrower and steeper, and provided a series of pitches over rock slabs to negotiate. 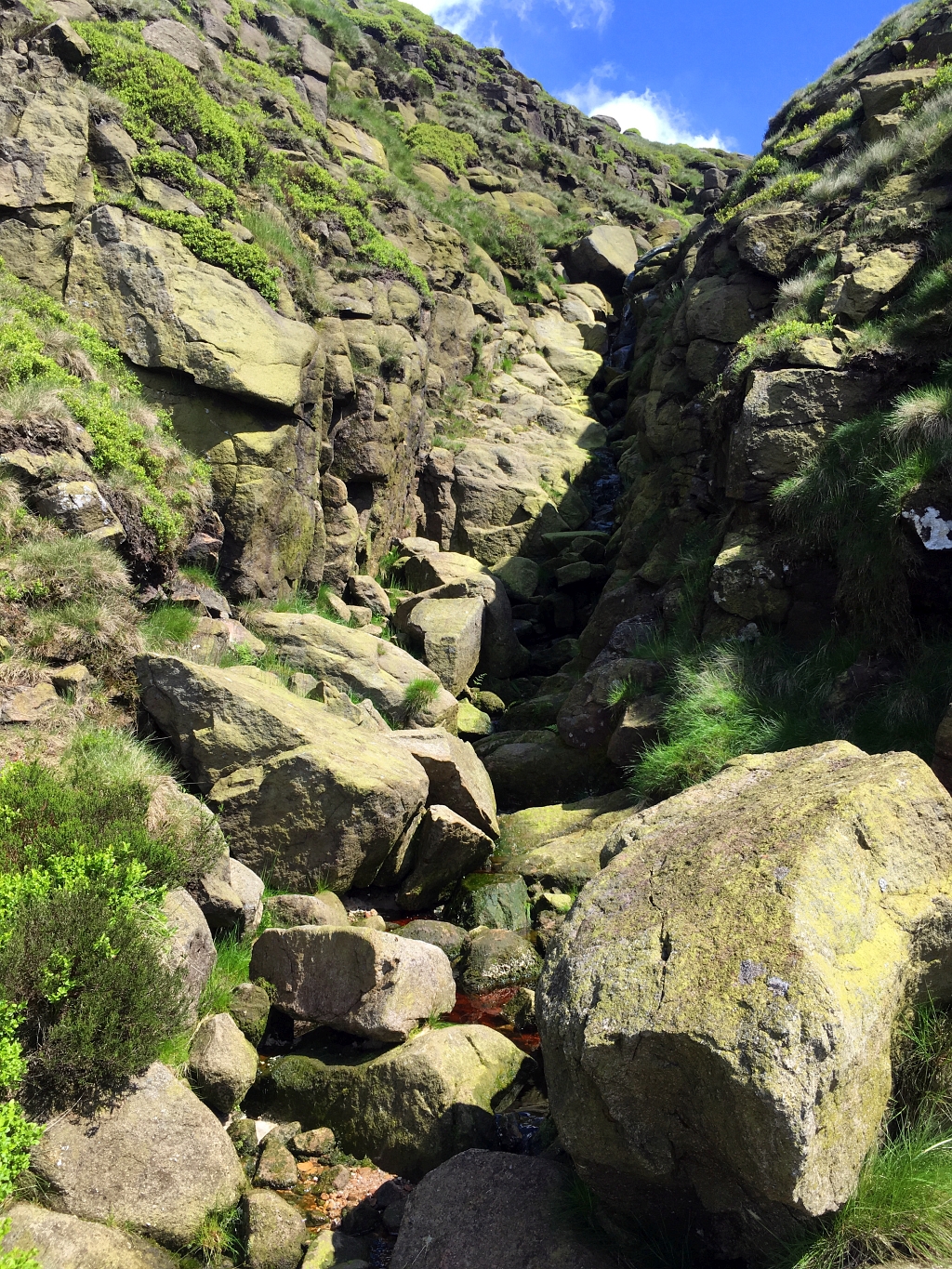 As we neared the top, there are short walls to climb, which end on the path, joining the Penine Way. It was such a great climb and at no point did we feel exposed. After such a fantastic scramble, we decided to stop for lunch and admire the fantastic views below before locating the Kinder Scout summit. 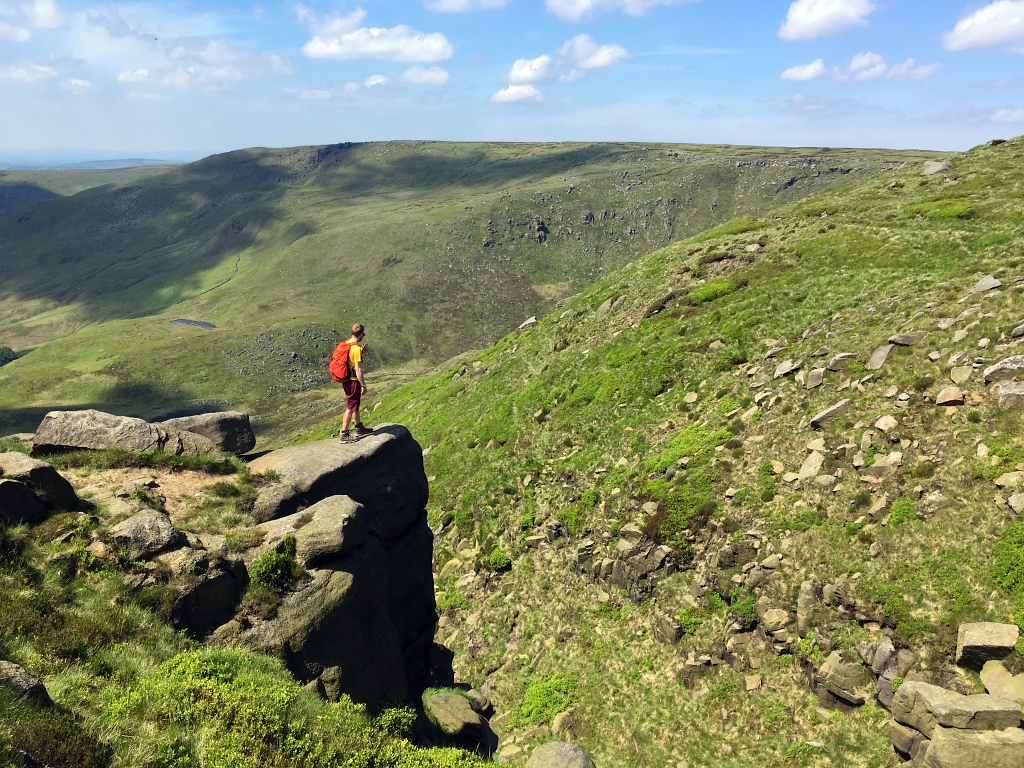