Explore Krakow by Night and Day 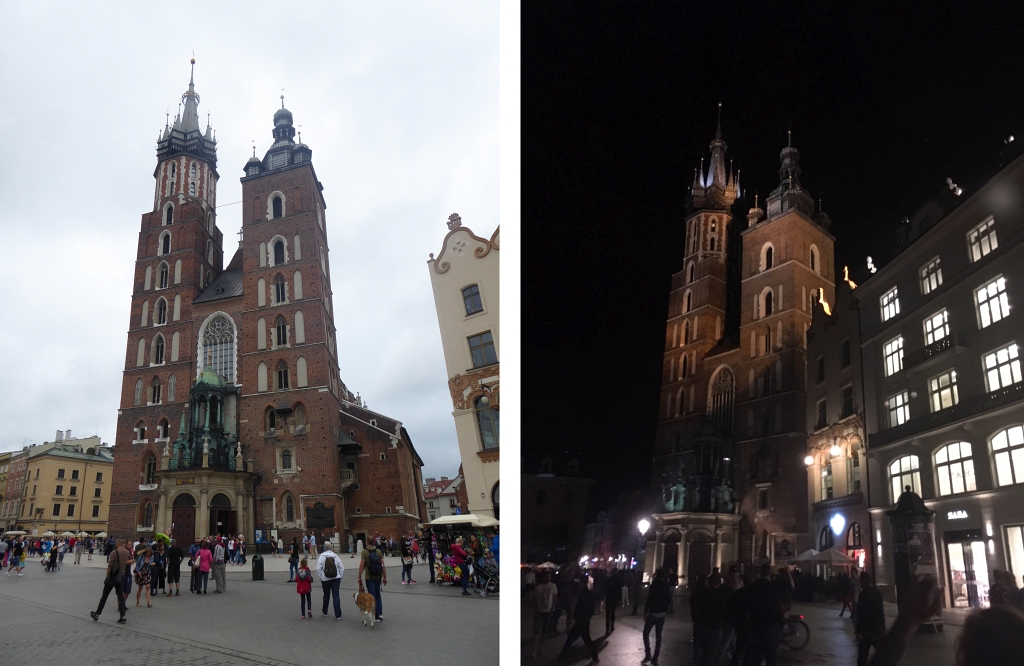 Krakow is such a fun city to visit. Your first stop has to be the main market square. Here you can wander around this beautiful area, exploring the market stalls, the side streets and Cloth Hall (a traditional Polish indoor market) to pick up some local souvenirs. This is also the perfect place to grab some food at the many street side cafes and restaurants that surround the square.

As you walk around, check out the 14th Century Church of the Virgin Mary (Kosciol Mariacki) in the centre. Make sure you look up at the window just below the spire of the higher tower because every hour during the day and evening you will see a trumpet and hear it’s melody. This was a tradition hundreds of years ago, where the trumpeter would play to alarm his fellow citizens whenever he saw the enemy forces approaching. The melody abruptly stops. This is to commemorate a local trumpeter who was shot through his throat in 1241 during an attack of the city. 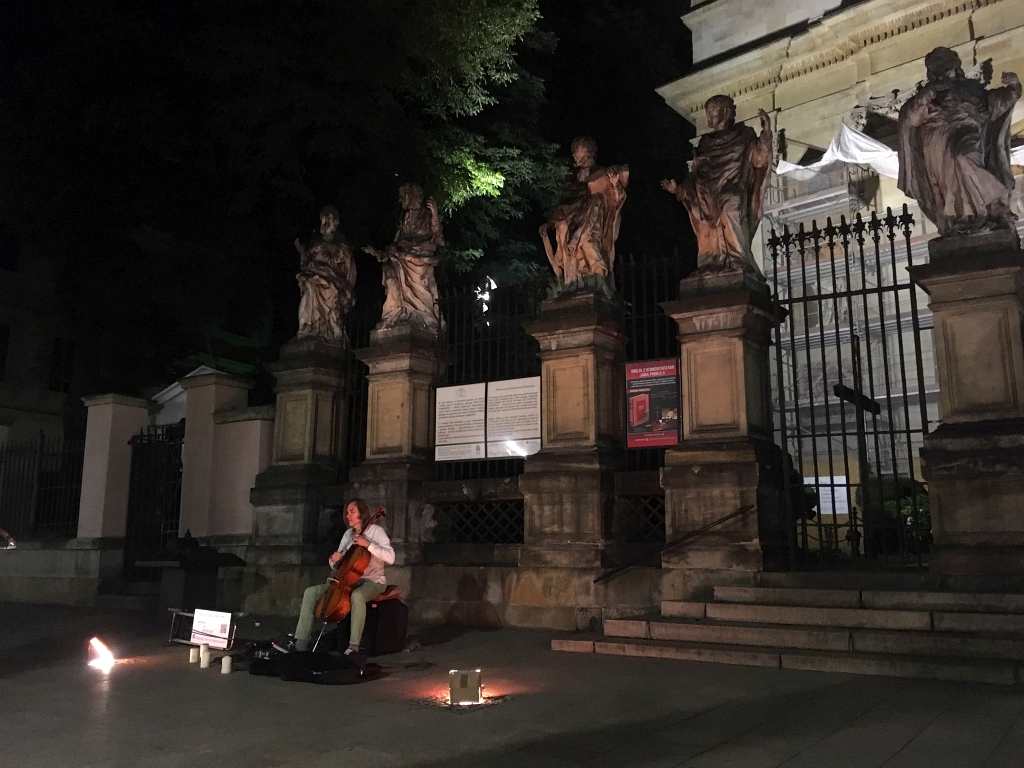 Krakow has such a buzz about it. There are lots of amazing street performers around the city who create such a great atmosphere and add to the experience.

Whilst in Krakow, it is important to book a ticket for the Oskar Schindler Factory. This wartime museum is so interesting, with a focus on Krakow’s experiences in the five-year Nazi occupation during World War 2. The photos, documents and artefacts from the period are brilliantly exhibited, creating a very immersive experience. I would allow up to 3 hours to really explore the museum.

Krakow has so much history, especially around World War 2, so it is definitely worth walking just 10 minutes from the Main Market Square and checking out the Gestapo Headquarters museum. Although quite small, this well-laid out museum had some very interesting exhibits explaining what happened during and after the war in Krakow. It gives a very detailed insight into how terribly the Polish people were treated by not only the Nazis but the communists who followed. 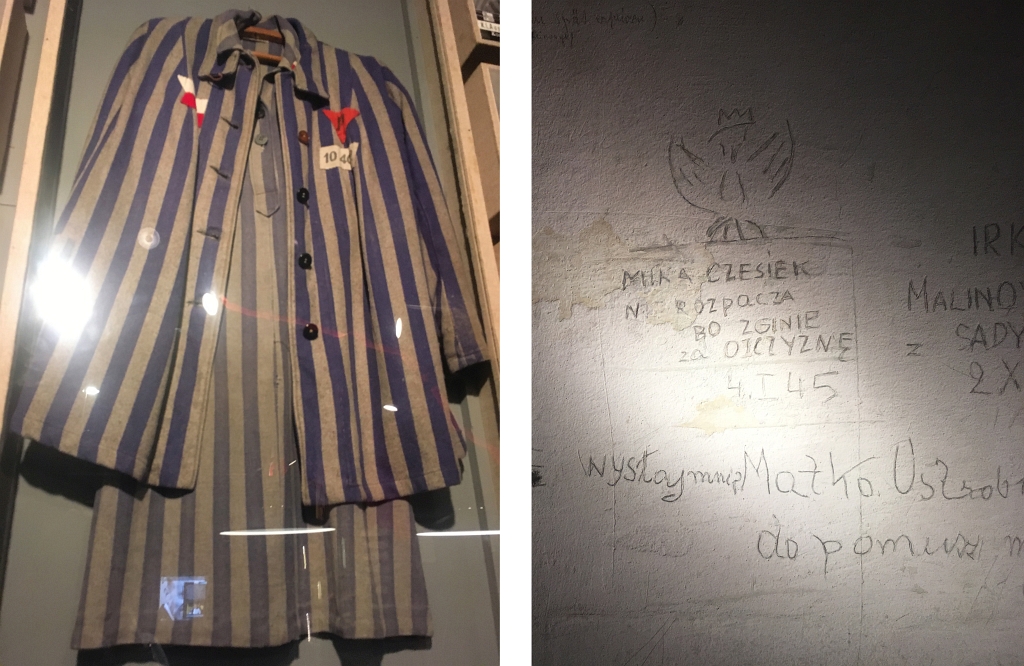 The headquarters were originally used by the Gestapo to hold prisoners for torture. Before you leave, head into the cells where you can see etchings on the walls written by the various inmates that were tortured during their time there. A very sad and moving, but respectful museum to all of the victims. 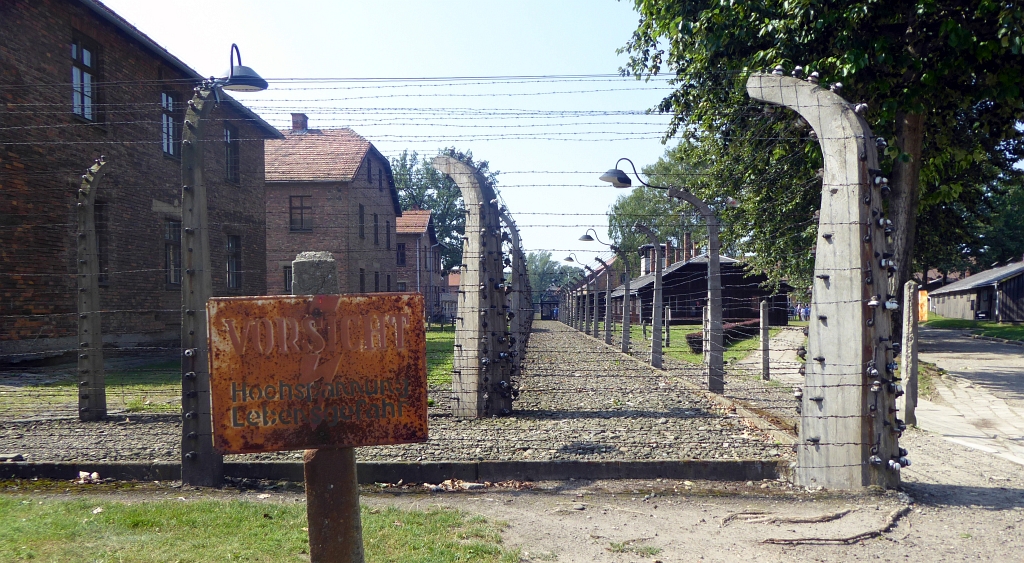 Throughout the world, Auschwitz has become a symbol for terror and genocide.

There isn’t anything that I can really write about it, except you must visit. It’s not fun, or an enjoyable day but it’s important. 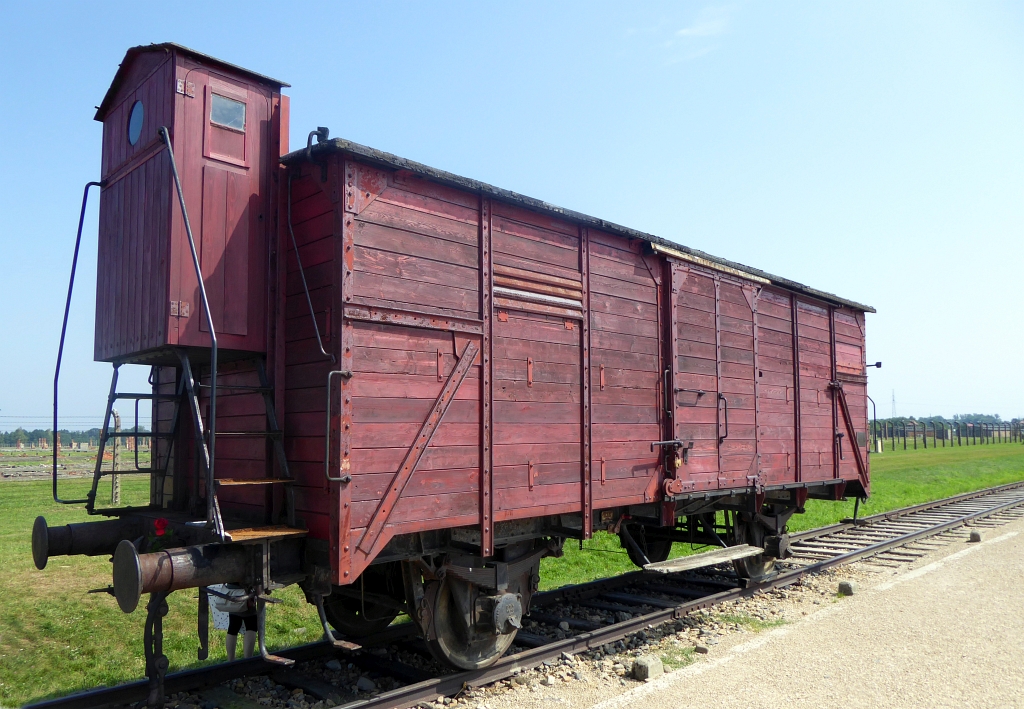 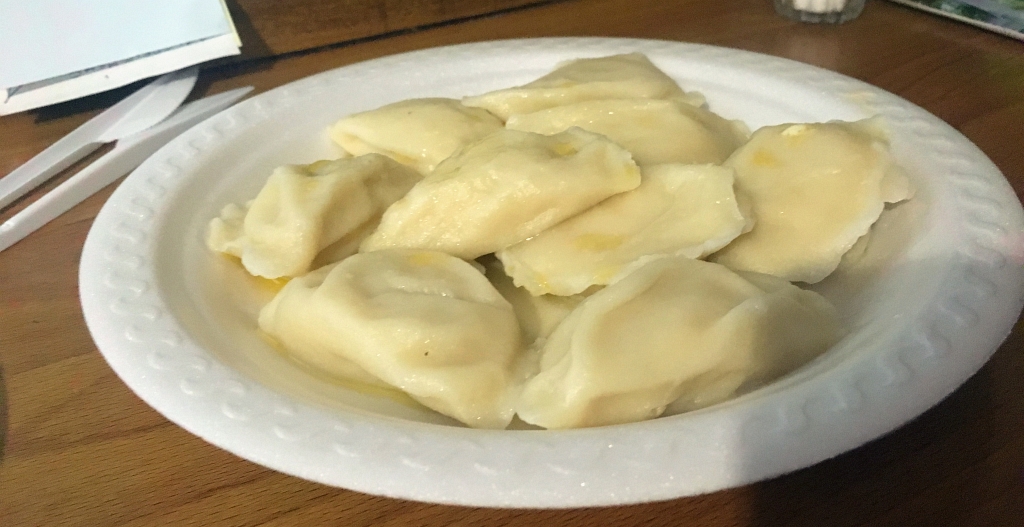 It is key when travelling to try the local delicacies. Therefore, a portion of pierogi is a must when in Krakow. They sell these filled dumplings everywhere- there was even a pierogi festival on during our visit. I recommend heading to the Przystanek Pierogarnia as everything is homemade and just really authentic.

This quaint ‘hole in the wall’ cafe, was just off the beaten track. Although the place isn’t very big, they do have some seating inside and out. They sell a variety of different fillings for the pierogi and we went for a portion of pork and also the spinach and cheese ones. A fantastic snack for lunch. 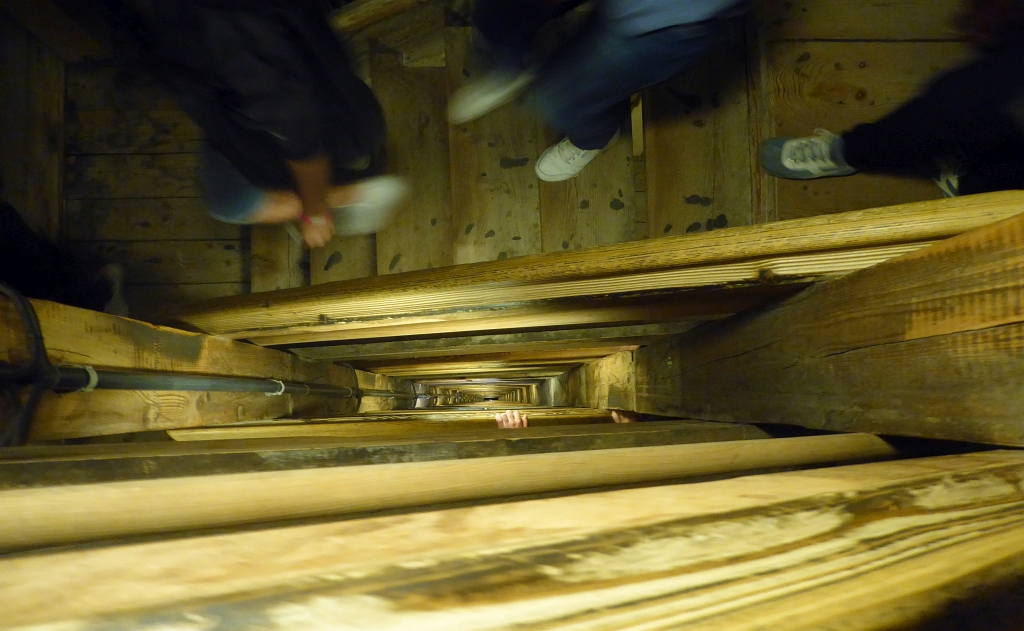 The final thing you must do when visiting Krakow, is to book yourself on a tour of the “Wieliczka” Salt Mine through one of the many agents in the city. Once you arrive, you are taken down a very impressive wooden winding staircase, down 350 steps, descending 135 metres to the start of the Salt Mines. As you head down the stairs, look down and up the centre to really see how long this staircase actually us. 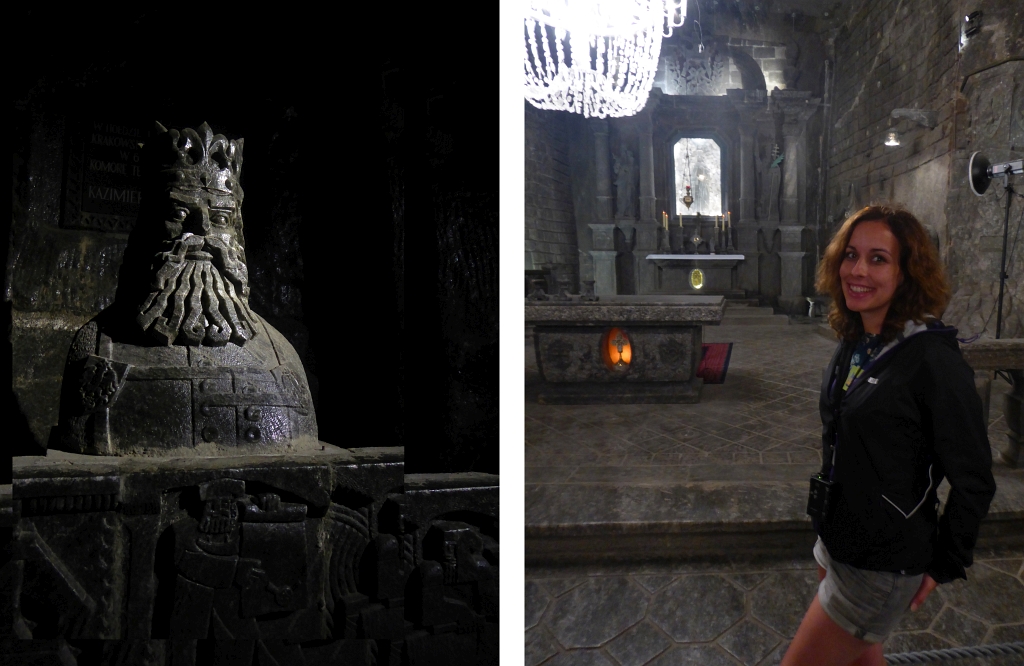 You are then taken along some of the original tunnels created and used by the miners, which were supported by wooden beams throughout. After an explanation about the mining industry, you realise how talented some of the miners were. Although they excavated the cave to mine for salt for hundreds of years, they also created some amazing works of art – sculpting the rock into statues -which can be seen all over. 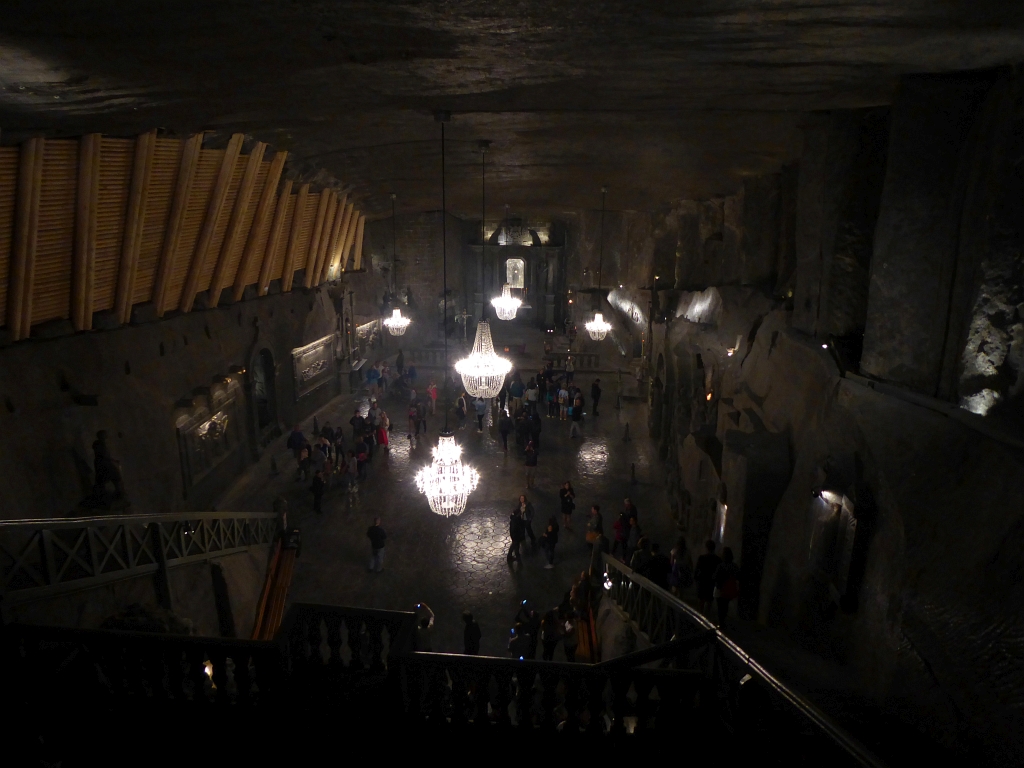 The most impressive has to be the wonderful chapel. This spectacular room contained sculptures, an elaborate floor and the most amazing chandeliers, handmade from salt crystals. As you walk down the staircase, just take it all in. An amazing sight showing off the artistic skills of these miners. 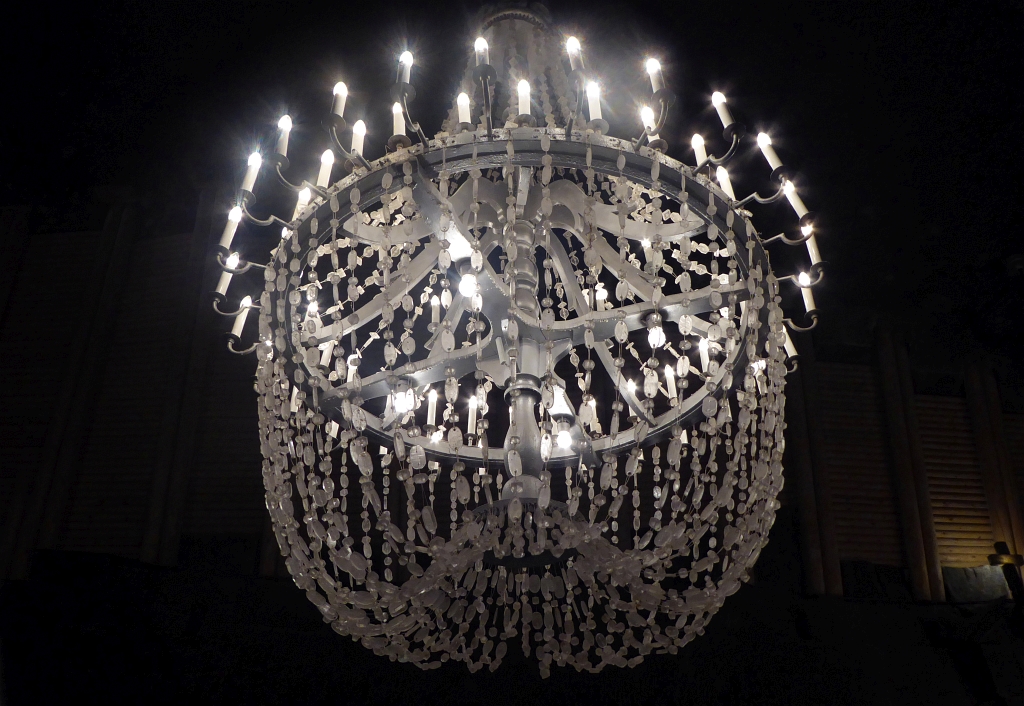 As I said, even the crystals of the chandeliers are made from rock salt that has been dissolved and reconstituted to achieve a clear, glass-like appearance! This place truly is stunning and unforgettable. 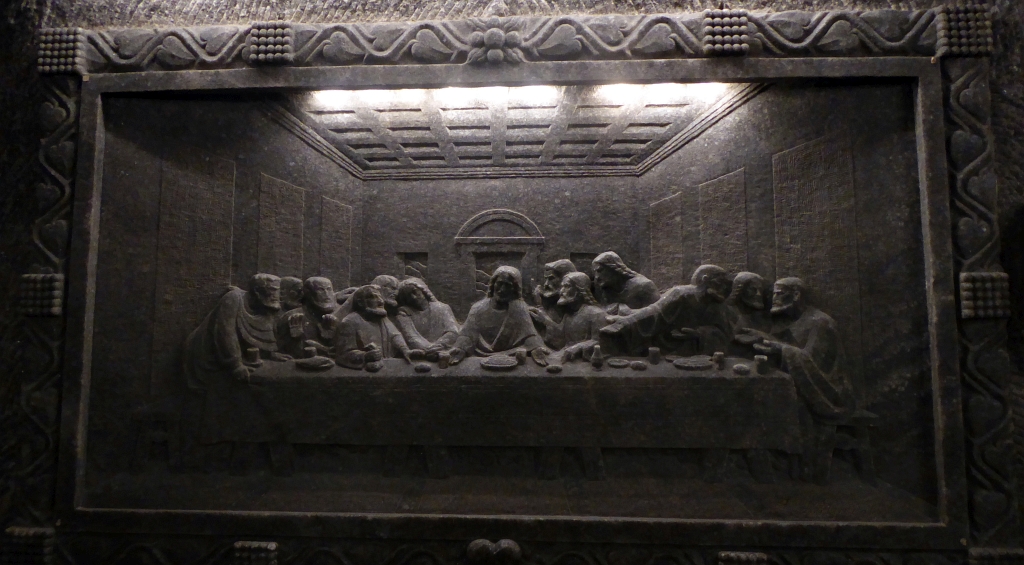 Along the walls in the chapel, check out the 3D pictures, again created from the rock. Look for the ‘Last Supper’ (shown above). When leaving, you thankfully don’t have to walk back up the 350 steps, there are lifts. The miners lift in particular is so much fun- it goes at some speed to bring you back to the surface. Overall, it really was a fantastic and unforgettable experience.

I didn’t think I was this sort of person but organised Pub Crawls are really fun. Not only are they a great way to meet people but they’re also a safe and easy way to see a lot of good bars, pubs and clubs wherever you are. 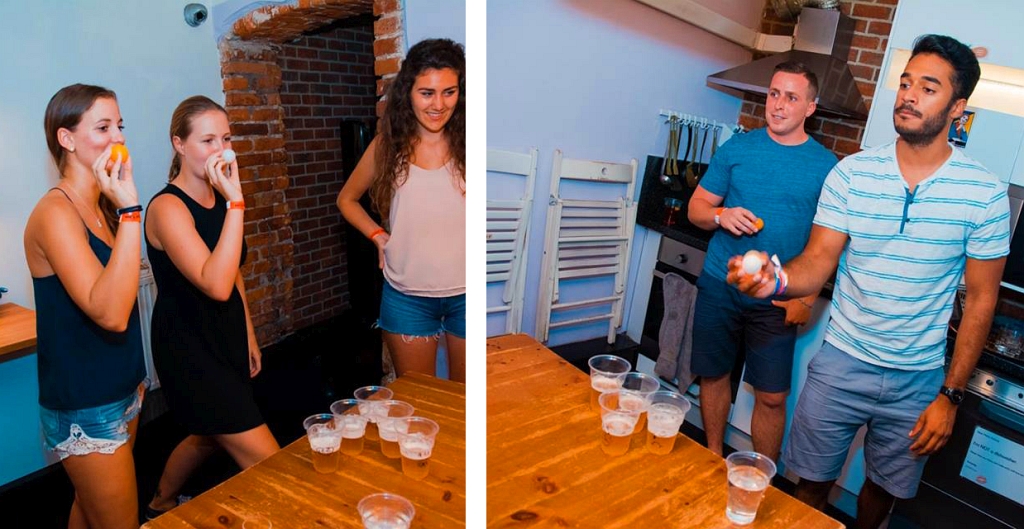 Our hostel hooked us up with one at one of their sister hostels where we started by meeting up with everyone before hand. Within a short time, we’re hanging out with Americans playing beer pong and I feel like I’ve joined a fraternity. In Krakow nights out are cheap and everyone we met, be them fellow travellers or locals, was lovely. We had one of the best nights out of the whole summer in Krakow. Thoroughly recommend it! 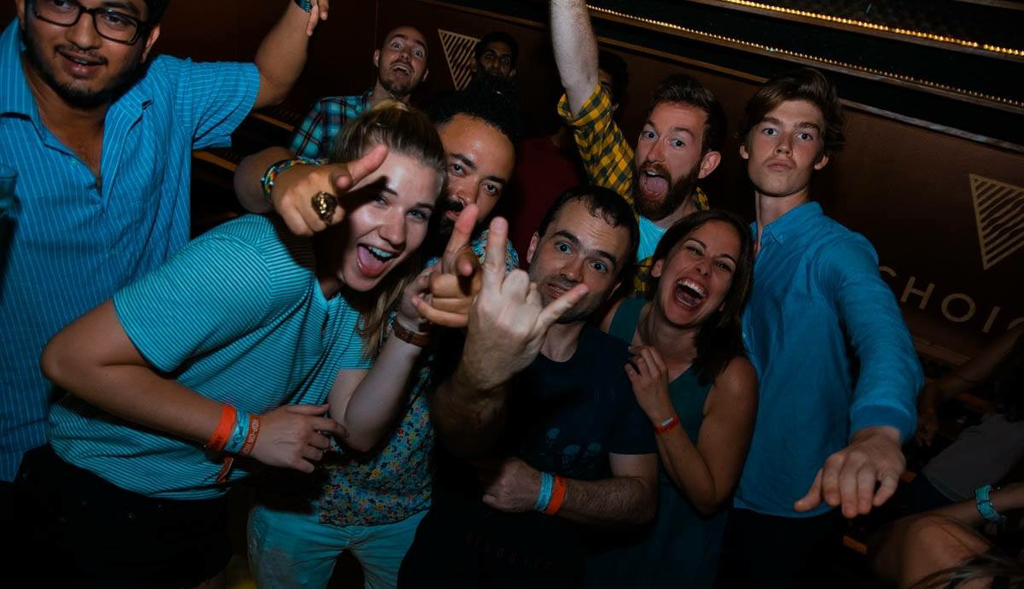