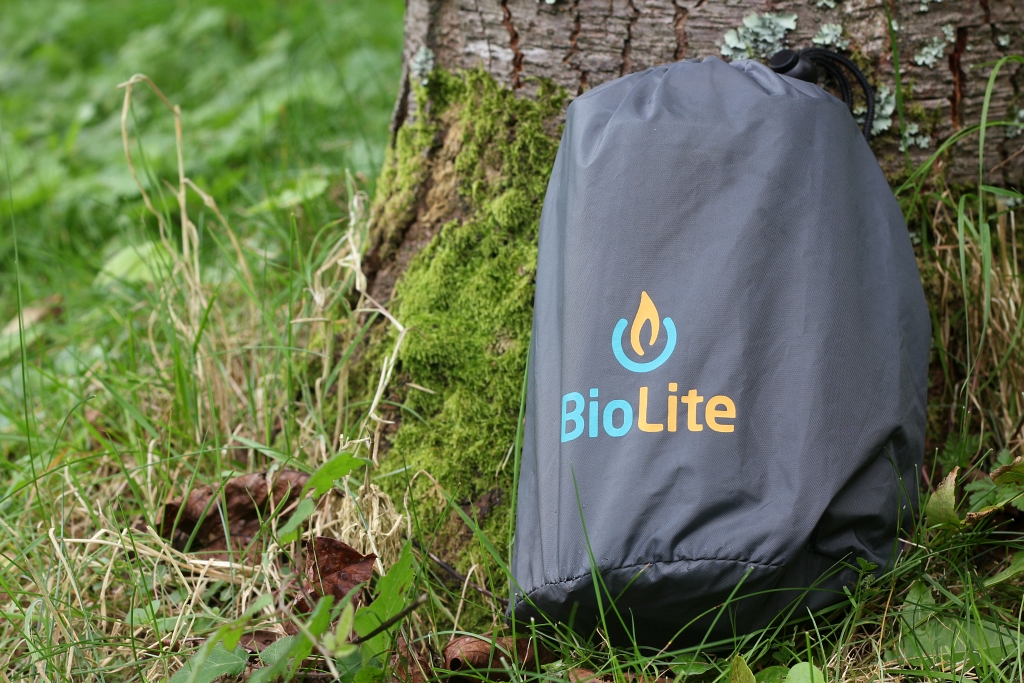 I’ve always been interested in BioLite Stoves; they’re very innovative and very different to other outdoor stoves on the market. I’m going to be reviewing the Biolite Campstove Two, this updated version of the original BioLite Stove has a 50% higher power output as well as new LED controls and improved control of its combustion.

Inside the box you get the above contents: a stuff sack, FlexLight, fire starter, USB cord and instructions (don’t worry you wont need them, it’s super easy). Obviously, you get the BioLite Campstove 2 which comes in two parts, the orange electronic component, which nests inside the aluminium burner for storage and transportation. This not only reduces the overall dimensions down to 20.1 by 12.7cm but also keeps it safe.

Speaking of size and weight, the BioLite comes in at 935g which isn’t the lightest stove available but it packs a lot of features, performs very well and means that you don’t have to haul fuel about with you. A pretty good size for a source of hot food, clean water and electricity! 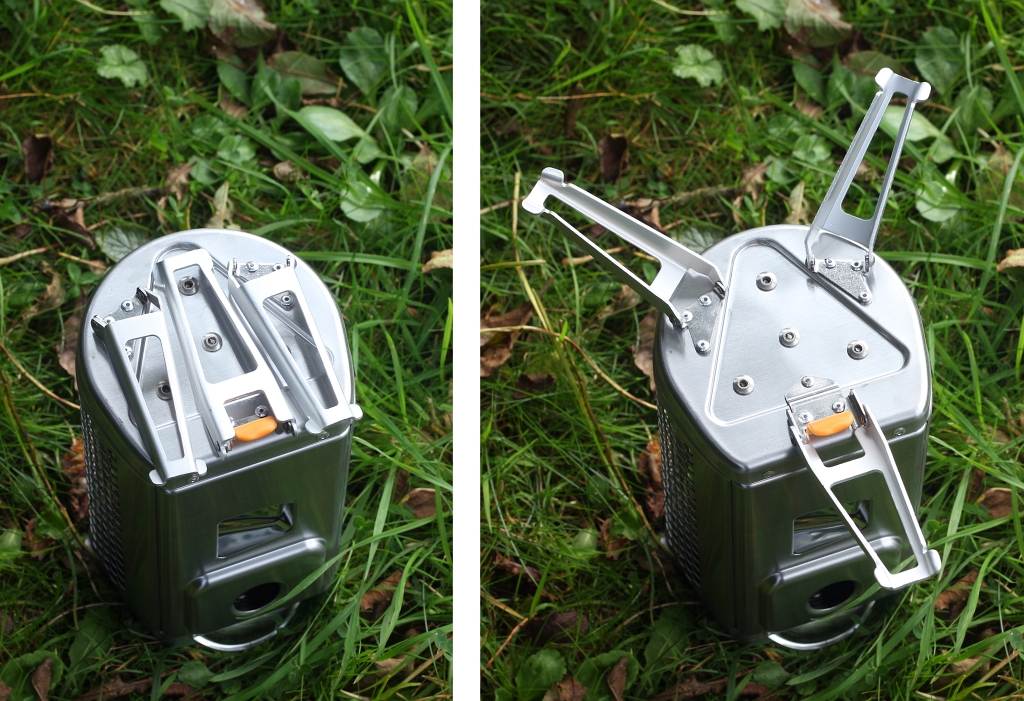 Another nice design feature are the three aluminium legs which fold out from the bottom. They do this rather gracefully and look quite a lot like the legs of a landing alien spaceship.

One of the legs has another purpose and it actually secures that orange thermoelectrical component onto the main burner. 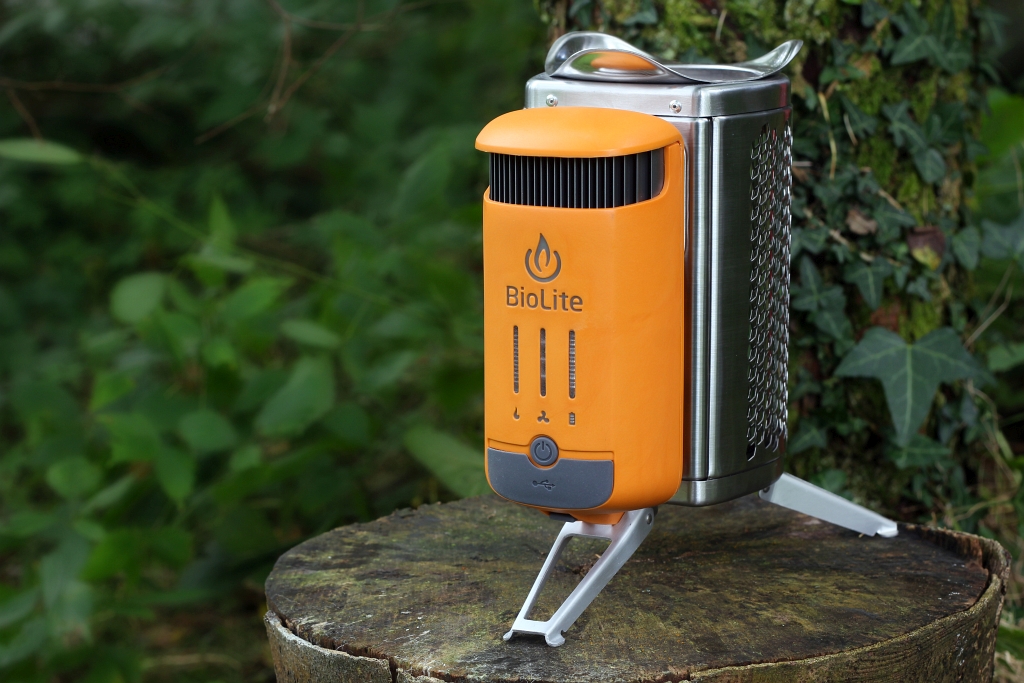 With a BioLite, you will find yourself collecting dry leaves, twigs, sticks and pinecones as you wander the wilderness. These are all perfect tinder for the BioLite and as it is uber efficiency, it gets almost every last morsel of energy out of them! 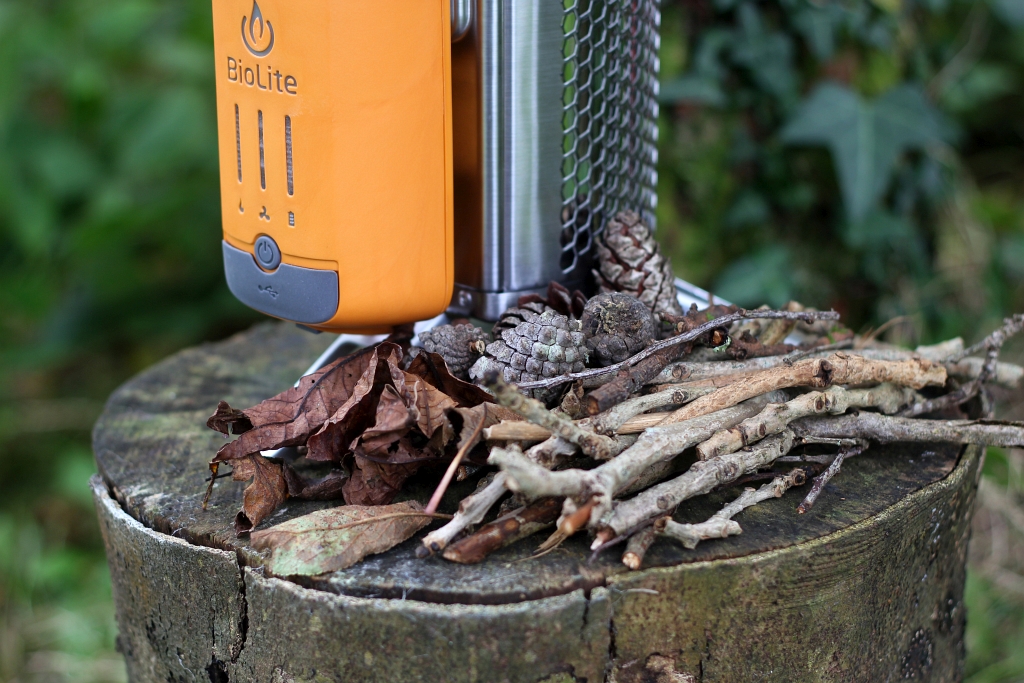 The mega huge selling point of BioLite stoves over all others is its power generator. Yes, this thing uses heat-to-electricity technology to charge an on-board 2600mAh battery. This stunningly clever little thermoelectrical gizmo means that the BioLite has two major functions unique to itself. 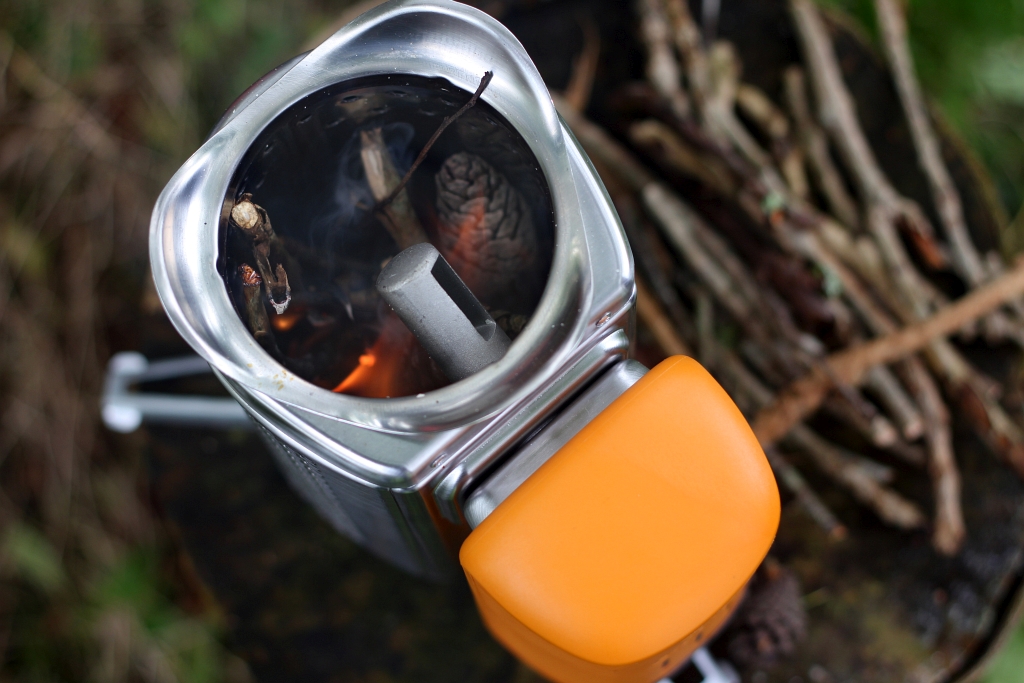 I can’t begin to really understand or explain how this heat-to-electricity tech works but at the very bottom of this review there is a video by the people at BioLite that explains much better than I ever could, how they turn fire into electricity! 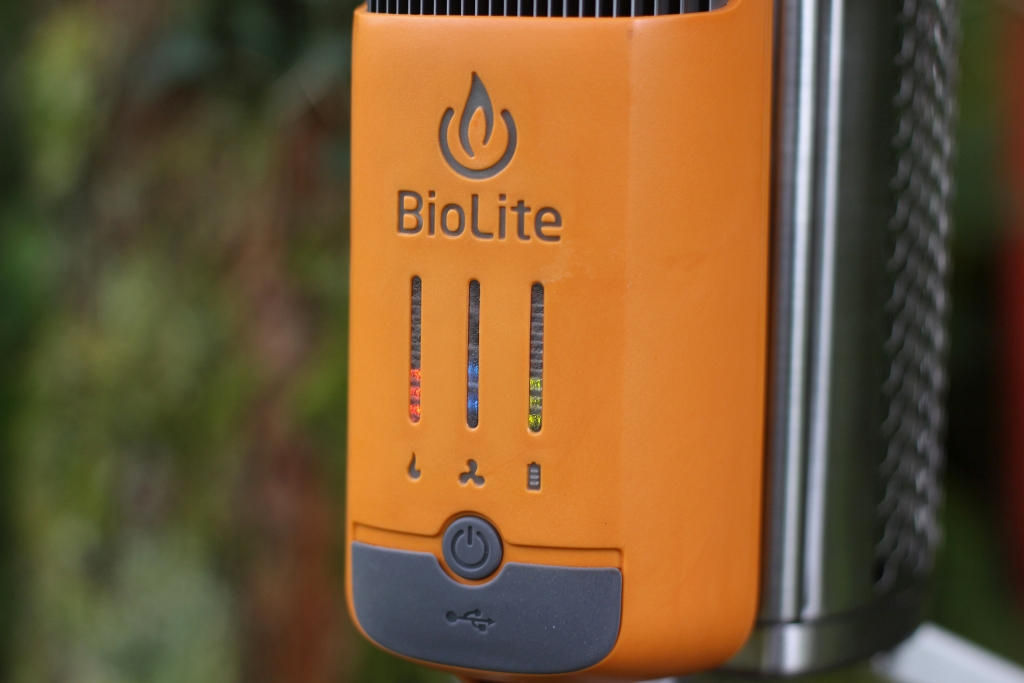 The electricity that the BioLite stove creates is used to power an internal fan. What this does is pump even more oxygen into the stove and creates a super-efficient fire that burns at an even higher temperature. You can see in the photo below the sort of fire cyclone effect that this creates. When you get it burning really well, it creates this awesome flaming tornado inside! 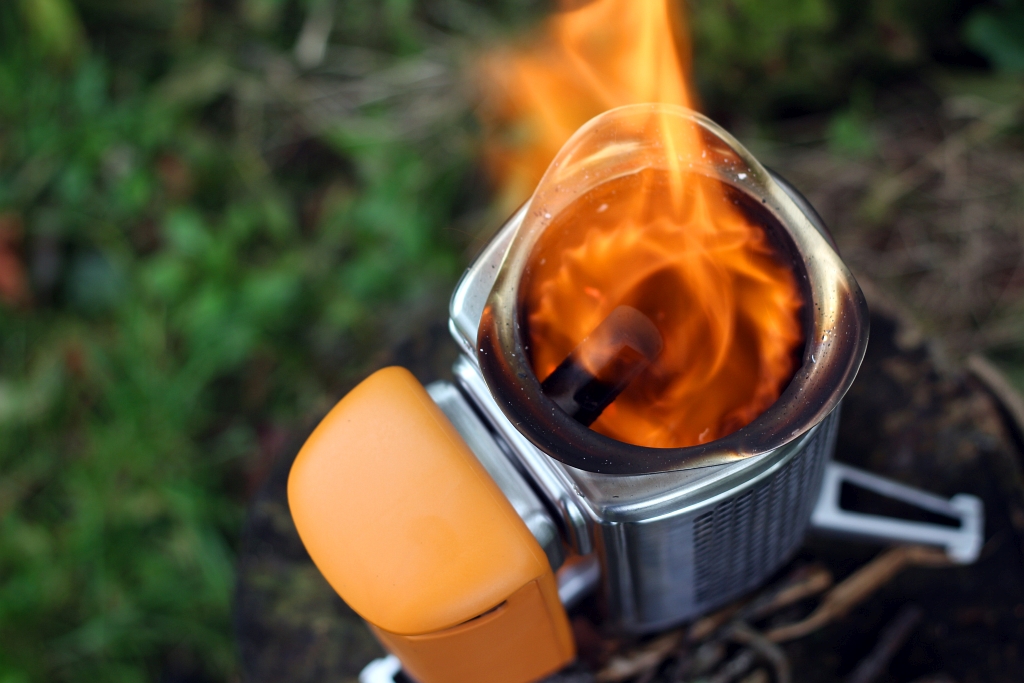 As this fire burns so hot it actually burns off the smoke before it has a chance to escape. Not only does this make the fire really efficient but it also makes the fire smokeless and great for cooking on. So basically, it uses its fire to power a fan to make the fire burn even hotter – pretty smart right! The scalloped pot stand accommodates all sort of cookware and it can boil 1 litre in just four and a half minutes. 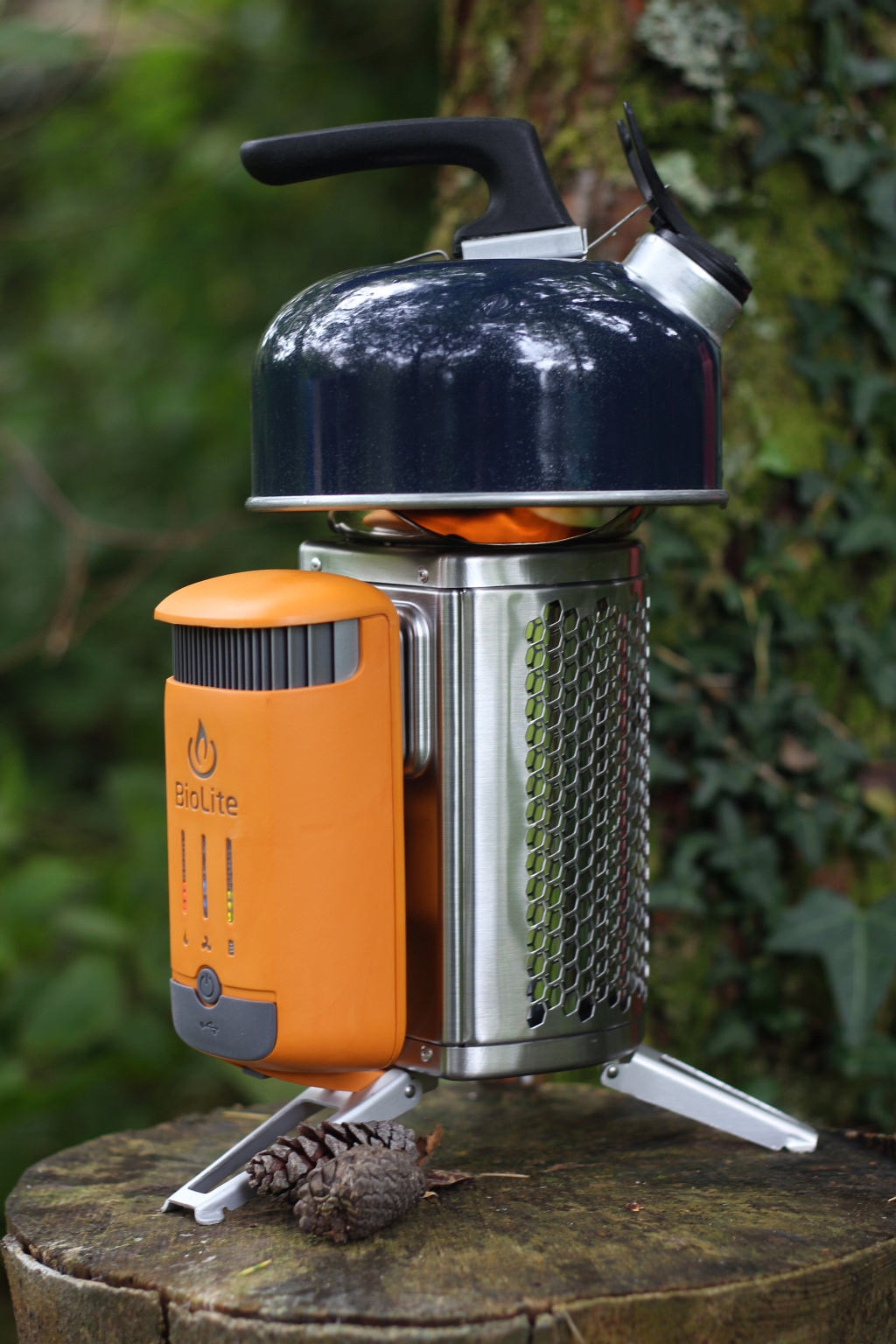 I think the biggest selling point of the BioLite is its ability to charge itself and other devices. There is an inbuilt 2600mAh battery which stores any extra electricity. This means that even when the fire is not burning hot enough to power the fan you can still use it to get the flame really going. 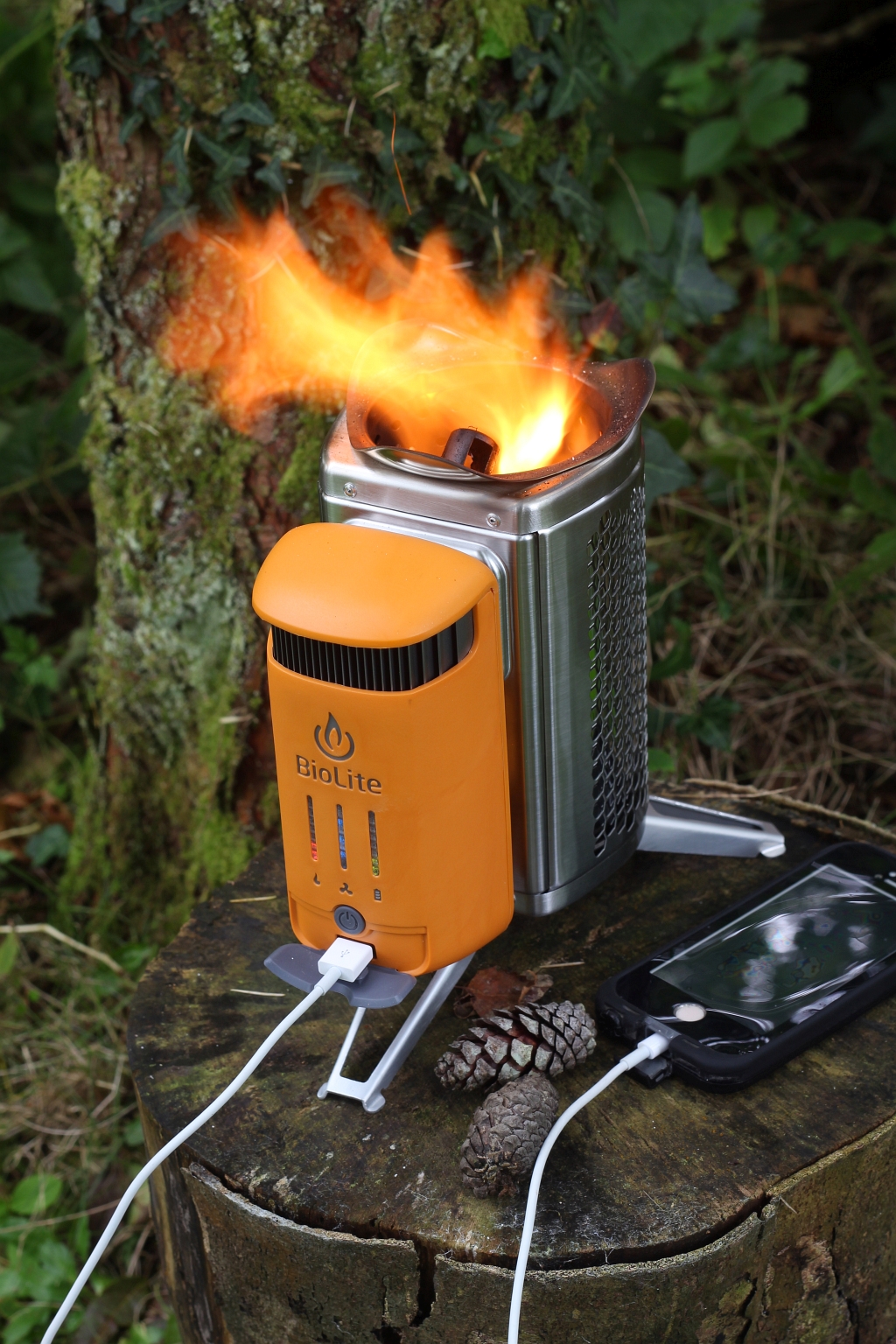 On the front of the BioLite stove there is a 3 watt USB port. With this, you can charge your electronic devices, either when the fire is going or using the battery when the fire is not. I find this really useful for charging my phone, GoPro or camera when out camping. 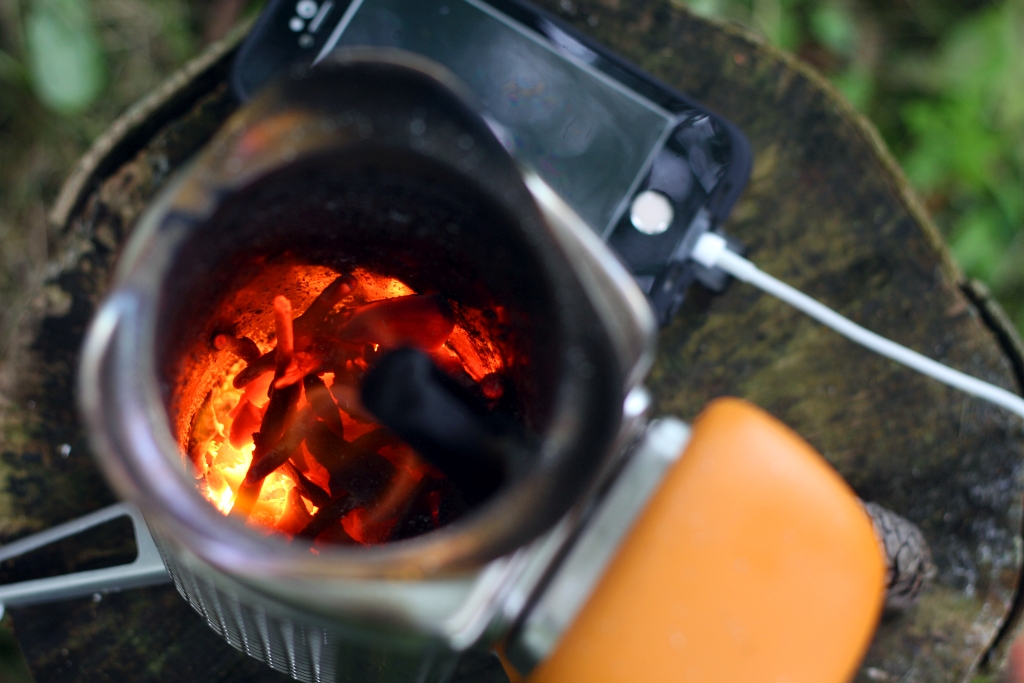 As the BioLite CampStove creates such a powerful flame from only a small amount of fuel, it can burn using only twigs, sticks or pinecones which are easily collected in the great outdoors or walking. This stops you having to worry about weighty and often pricey gas. Anything that means that you have less to carry is always good in my book. 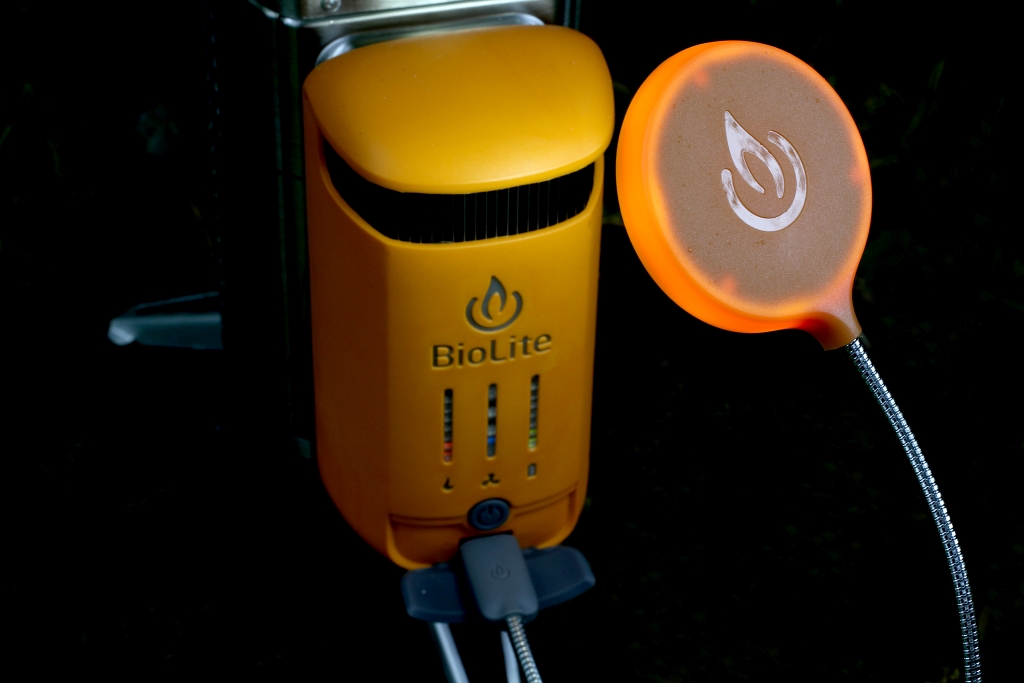 One last feature that I need to mention before I end the review is the FlexLight. This bendable light is powered by USB and works (like other USB devices) with a flame going or off the BioLite’s inbuilt battery. It has a smart way of turning on and off as you just have to tap the front of the light. This nice little accessory turns the BioLite into a lantern and means you can cook with ease at night.

I really like the Biolite Campstove Two from Military 1st. It’s innovative, efficient and easy to use. It burns quicker and hotter than other comparable stoves. I really love the way it combines the old-school fun and excitement of burning wild fuels with the futuristic tech of being able to create electricity from the flame.