You may have already read about our trip to Ireland a couple weeks ago. While we were out there, we had an awesome time checking out the incredible scenery of the coastline and Mourne mountains as well as iconic places like Giant’s Causeway and the Carrick-a-Rede Rope Bridge. We also visited some of Ireland’s best cities like Dublin, Galway and Belfast and loved every minute spent in them. As you can tell we had a really busy time, however, we did have time for just one more thing… visiting a few Game Of Thrones locations!

I don’t consider myself a particularly geeky man in general but I’ll fully admit to Game of Thrones geekery of the highest level. Last summer, whilst backpacking from Norway to Croatia, when we arrived in Dubrovnik, we visited all of the Game of Thrones filming locations we could and even had a private tour from one of the programs extras. It was an incredible experience for a fan and was really cool. Dubrovnik stands in for the warm climate of King’s Landing and many of the program’s most famous scenes have been filmed there. 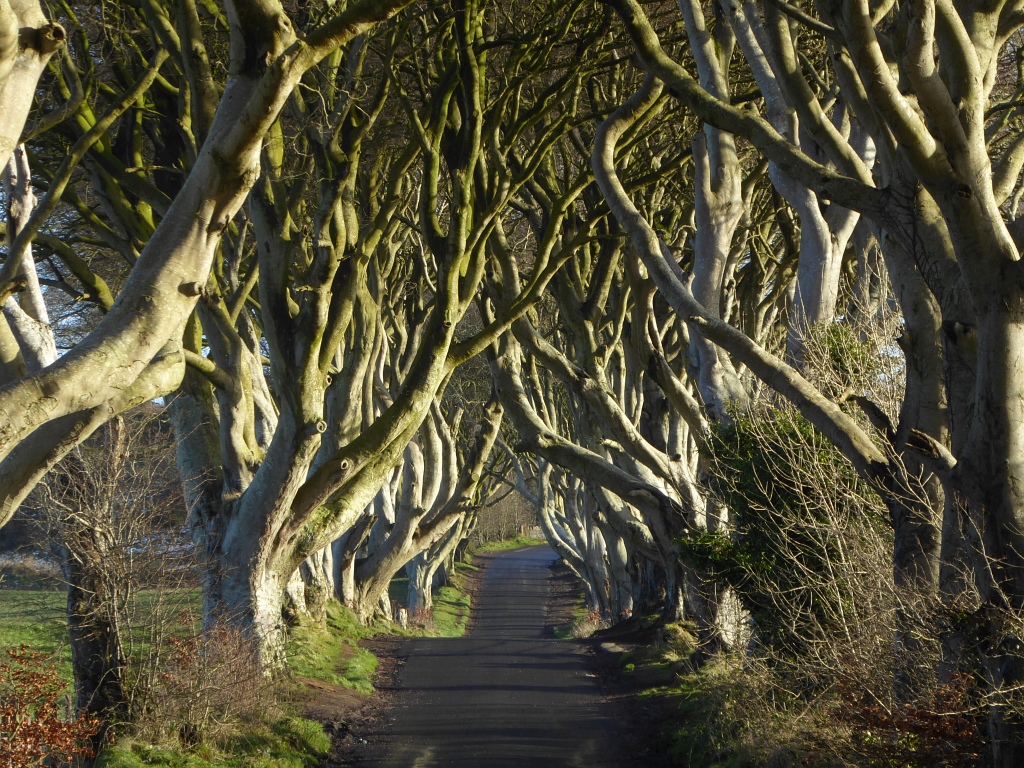 If there is one place in the world that is even more famous for Game of Thrones and has played host to even more scenes – it’s the North of Ireland, so we just had to check out some legendary locations for Game of Thrones fans. An iconic place in Westeros is the Kingsroad which leads from Castle Black to King’s Landing. This is filmed in the North of Ireland in County Antrim and is really called (the equally cool) Dark Hedges. What was brilliant about this place to visit was that it looked just as brilliant in real life as it does in the show. 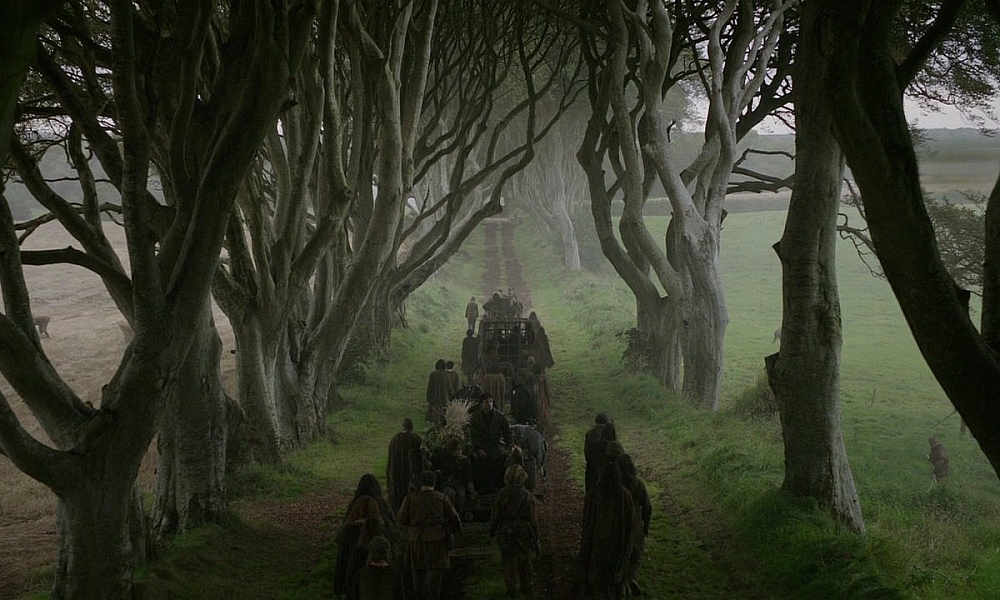 When we were south of Belfast, we took a long walk around Tollymore Forest Park; an awesome place which has been the site of lots of scenes. One of my favourites is the bridge and river where the Starks discovered the dead Direwolf and her pups back in the very first episode.

This location was a really great one to visit as it took a bit of walking to find and it was really exciting to come around the corner and lay eyes on it. It is also a brilliant location as it looks almost identical today as it does in the television program.

This wasn’t the only Tollymore Forest location used in the first episode; the entire first several minutes where filmed in these woods. They spent six weeks covering a section of the forest in fake snow for the exciting opening to the program set North of the Wall there.

These woods still look a lot like the forests you regularly see in the North of Westeros. We really enjoyed walking through the trees as it did feel like you were actually in Game of Thrones. We even stumbled across the location where the Will (the then beheaded man of the Night’s Watch) discovers the dismembered bodies of Wildlings.

In the North of Ireland we visited several unusual and less famous locations with a Game of Thrones Tour such as the steps where Arya dragged herself up after being stabbed in the streets of Braavos. These waters looked even less inviting than they did in the episode. Nearby we visited other locations such as the caves that Davos smuggled the Red Witch into to give birth to that weird black smokey ghost thing! We even drove passed and had a look at the Castle Black set where they film scenes at the wall.

The tour was really great and was led by a man who has played a Wildling Chieftan in many episodes and has even had scenes with John Snow and Tormund Giantsbane. His anecdotes and insight were hilarious and funny and really brought the locations alive. Further along, we visited the coastal area used to filmed Pyke and the Iron Islands. Here we saw the harbour where Theon Greyjoy first came ashore after leaving Winterfell. We also saw the bay where he had his blessing ceremony and where his father was buried at sea.

An incredibly cool/geeky part of the tour was that inside their incredible Game Of Thrones Minibus they had enough Iron Islander costumes for everyone to get dressed up and have a battle on the shore. Vicky and I fought it out – but inevitably she won! 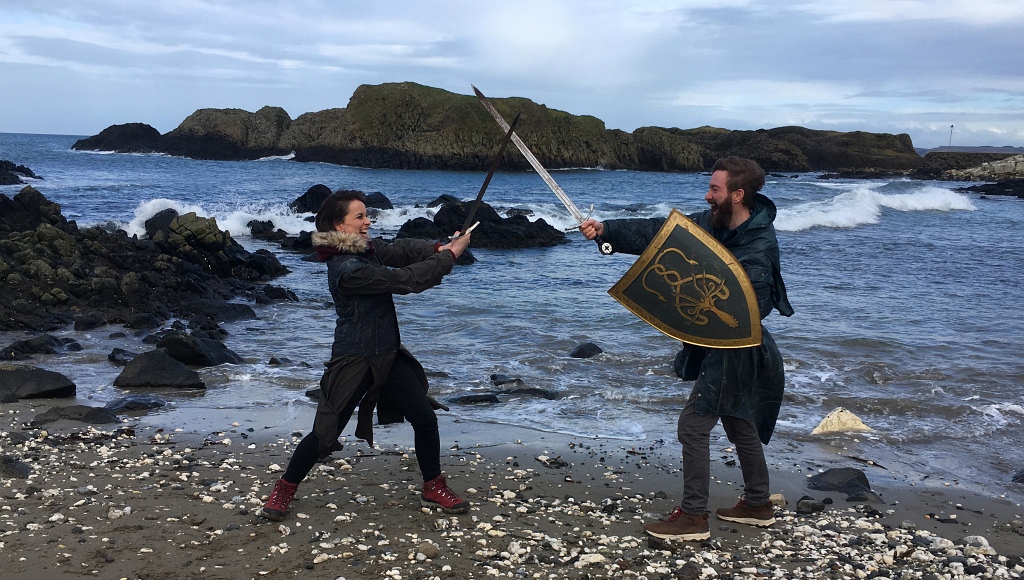 On another day, back south of Belfast we had a private tour of Castle Ward (the location used for filming Winterfell as well as many other places) where we not only got to see some awesome locations but also had an archery location on the very spot the Starks practised in Winterfell.

First, we went for a walk around the Castle Ward estate and found locations such as the Walder Frey’s castle The Twins (or one part of it), the site of Rob Starks camp during the war as well as the tree where he married Talisa. However, my favourite was the tree where Brienne and Jamie found the hung Tavern Girls.

Inside Castle Ward, our guide (who was also an extra but this time a Bolton) showed us around Winterfell itself. It was really great to have him there to explain it all as it actually looks a lot different now as they added so much extra set when filming. He explained exactly where the different scenes were filmed and where everything would be. 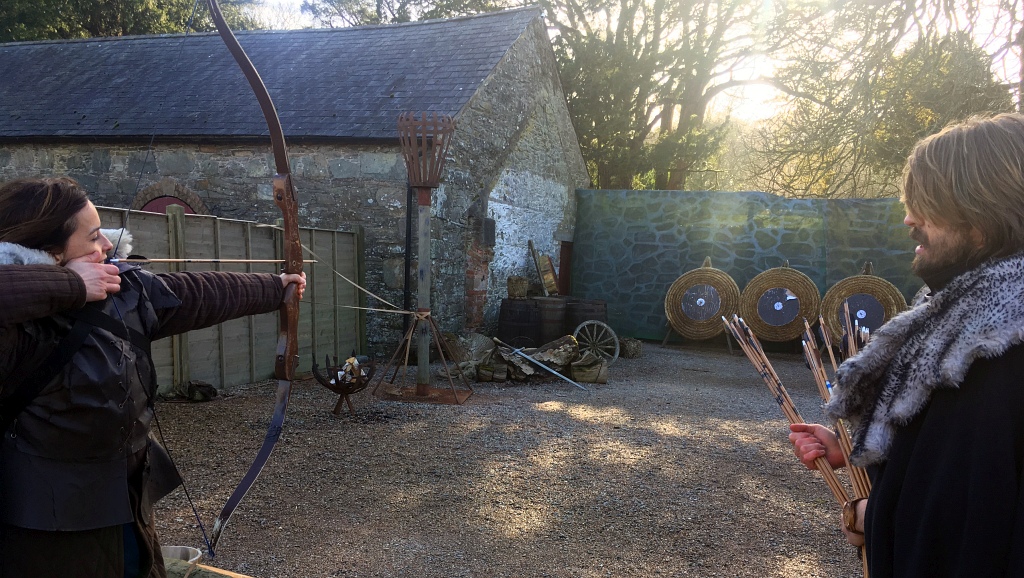 After a tour, he took us to the archery range which looks very similar to how it did in the show and is in exactly the same place. We were then kitted up, for the second time in just a few days, in costume – however this time it was the cloaks and fur of House Stark.

The archery was really, really fun and knowing that it was in exactly the same spot where John Snow and Bran had practised made it even more cool. I really enjoyed the archery; our guide was a great teacher who had us shooting bullseyes in no time. 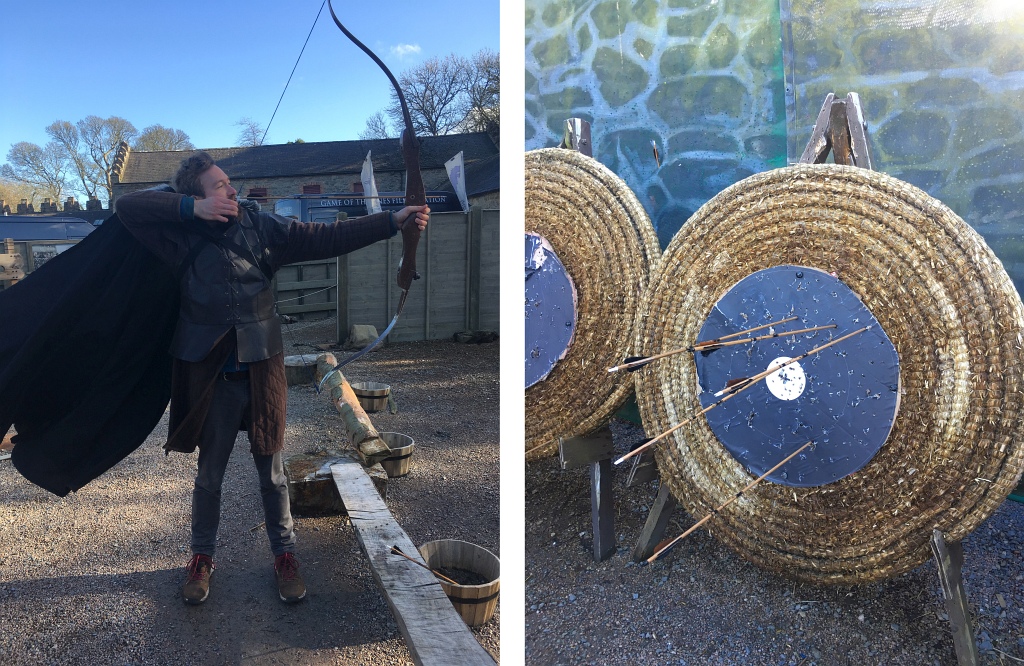 As our session came to an end our guide had the two of us line up for a competition. Just like Ramsay Bolton he shouted Nock, Draw, Loose and we shot five arrows at our targets. Shooting at this fast rate of fire was quite a challenge but a great laugh. At the end of the competition we counted up our total points. Unfortunately for Vicky, I won the contest and was able to get revenge for my defeat on the shores of the Iron Islands. 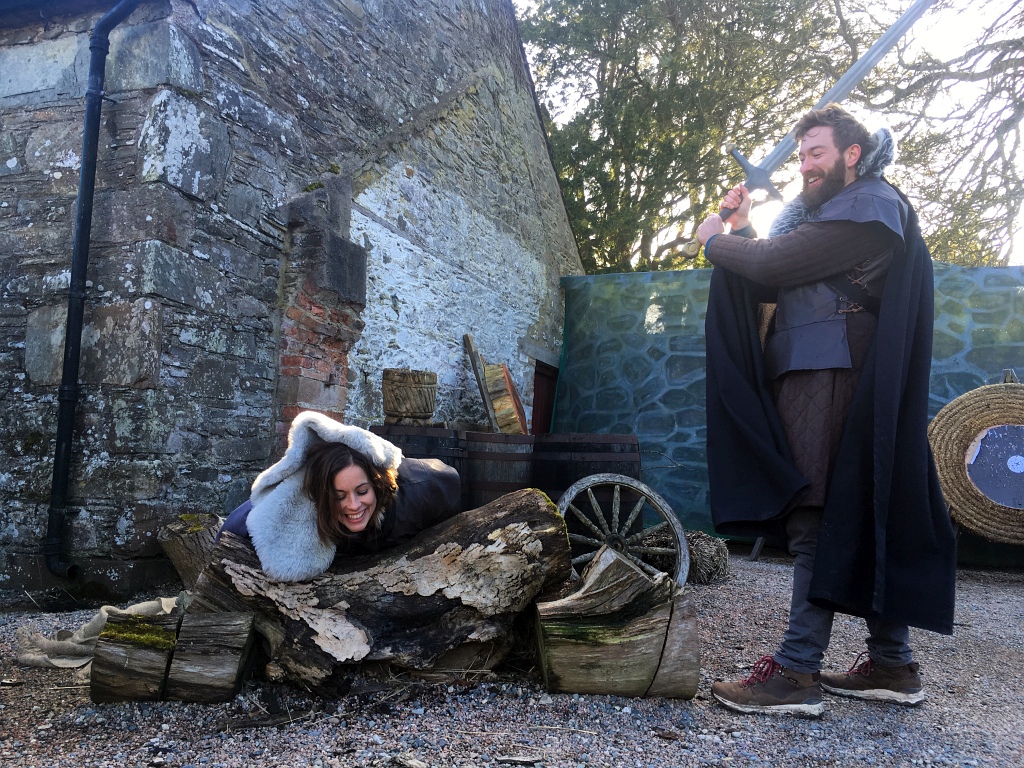