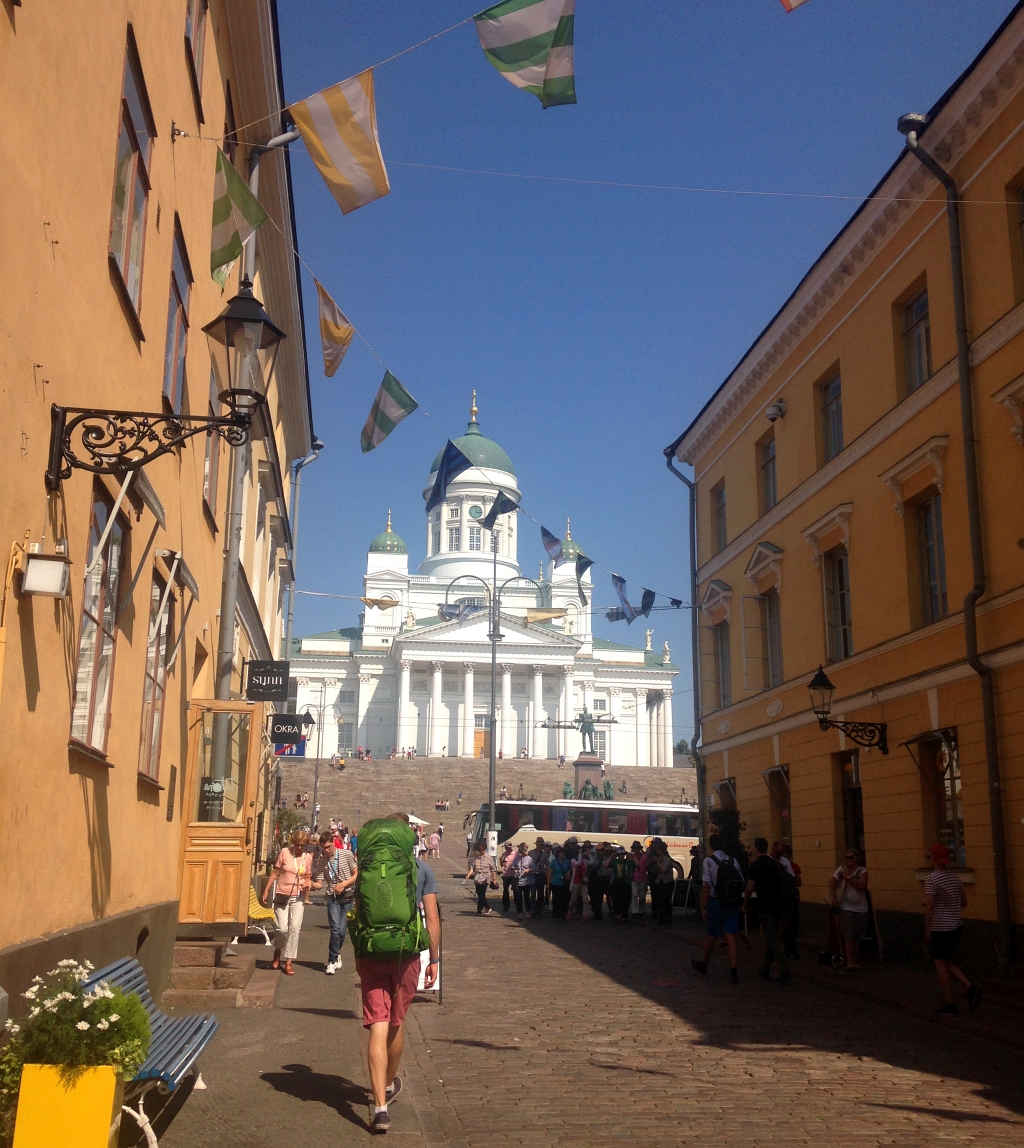 Our first destination after London this Summer, was to Finland, the most northern country of the Baltics. After a flight lasting under 3 hours, we arrived in Helsinki, Finland’s capital. We stayed in the awesome city and explored for two nights and managed to really get a feel for the place. Here’s what we would recommend.

See the Cathedral where they filmed the Darude Sandstorm video 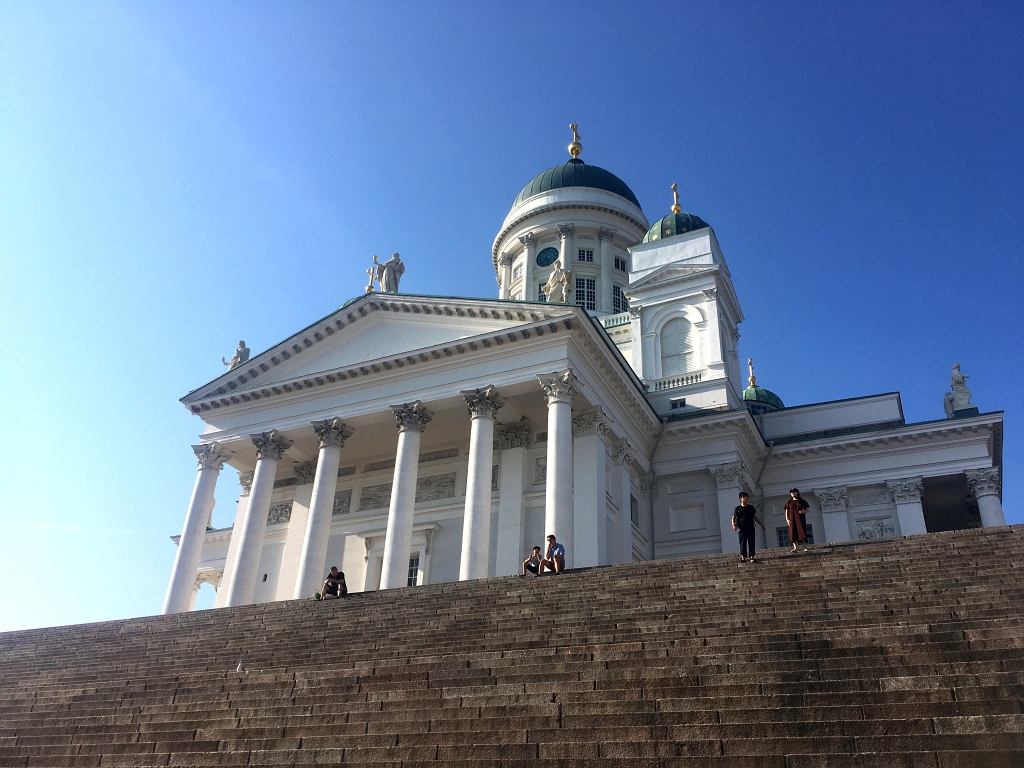 The distinctive Helsinki Cathedral is a great starting point to help you navigate the city. Set high up on some steps, with its tall, green dome dominating the skyline, we were excited to visit as this location was featured in the music video for ‘Sandstorm’ by Darude (see my photo recreation of a scene from the video).

It’s a beautiful landmark within Senate Square, which you can not only go inside but even underneath. We headed round the back and below the church and found Café Crypt- originally a crypt, now a quirky place for cheap coffee and cake.

One of our favourite parts Helsinki has to be Kauppahalli (Old Market Hall). It is such a gorgeous structure and has a really upmarket feel inside. After browsing the bakers, delis, cafés, cheesemongers, chocolatiers, butchers, and Finland’s smallest Alko liquor shop (they even had Vietnamese cuisine [Banh mi] inside), we got a mid-morning snack from a lovely baker. 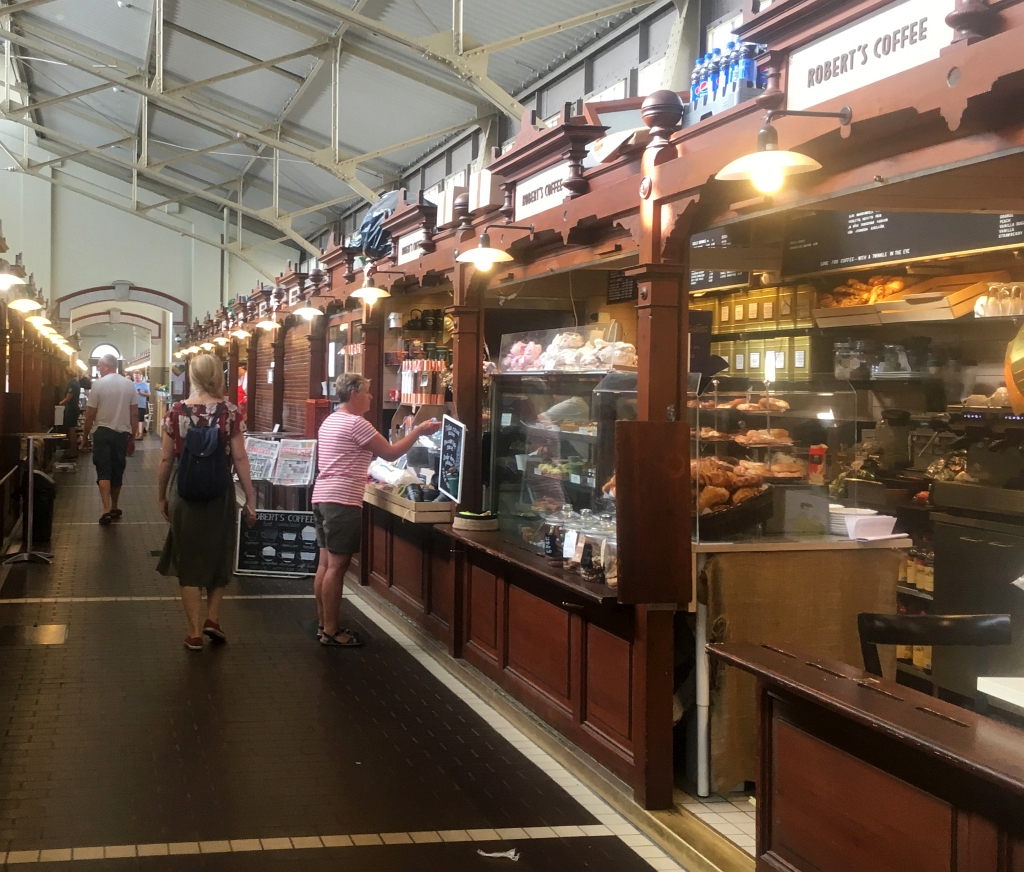 Obviously, you have to try the local food everywhere you go and we chose Karjalan Piirakka Karelian Pie (basically rye bread filled with rice pudding) and a cinnamon roll, both of which we munched on whilst sat along the harbour wall, admiring the view across the water.

Just round the harbour side is Market Square. It’s such a fantastic place to get your traditional local souvenirs. As it’s so close to the Cathedral, it was really easy to get to and to find. They sell fish freshly caught from the harbour, fruits and vegetables, coffee, and local arts and crafts, plus lots of cafes for lunch too. 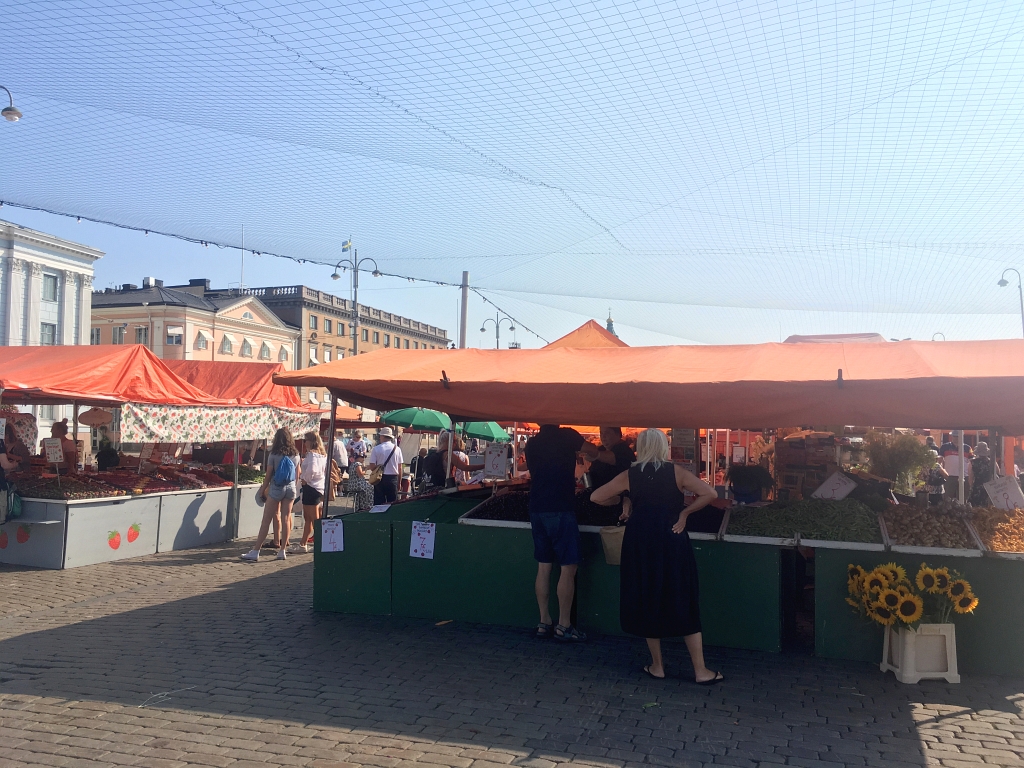 Even though it’s a capital city, there are numerous places we found where you can actually go swimming. Helsinki has quite a few beaches as well as outdoor and indoor pools to visit if you fancy a dip. During our visit, we took an afternoon trip by boat over to Suomenlinna Island. This boat trip was actually included in our 24 hour travel Pass, along with the trams to get around the city.

Whilst walking around the island, we found Suomenlinna Beach, which, being a very hot day in the middle of the summer, was pretty busy, so we walked along the path and scrambled over some rocks and found a quieter place to stop and go for a dip to cool off after being in the heat all morning. 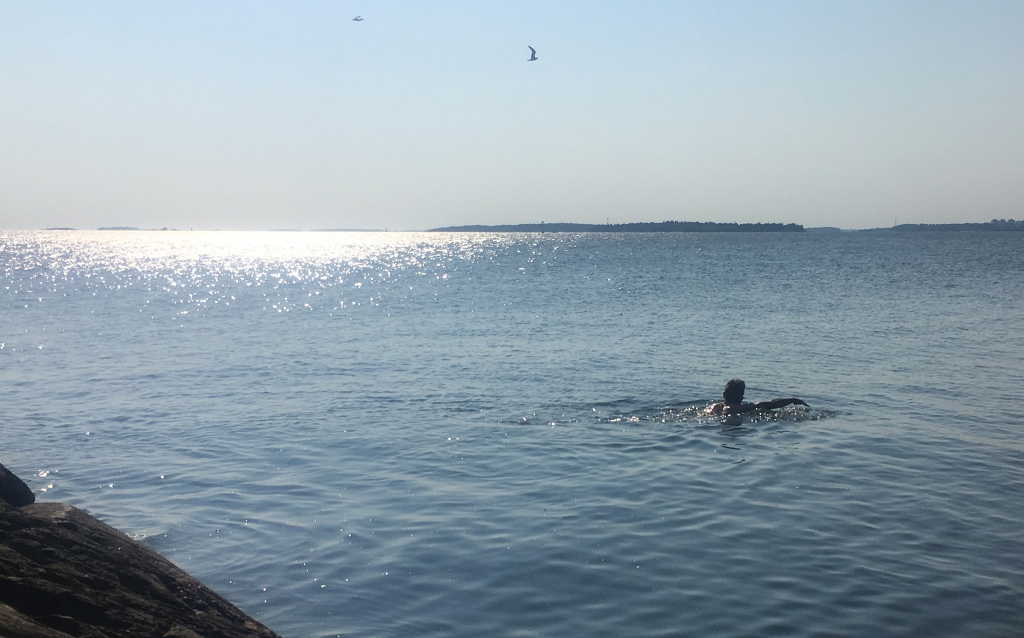 Back on the main land, around the harbour, we saw the Allas Sea Pool complex. This place contains an outdoor large pool area, saunas and bar for food and is where both the tourists and locals go. The pools are right along the harbour wall- two of them heated, one of them contained filtered sea water and was the same temperature as the sea. Although a little pricey, it is worth visiting as a great introduction to Finnish culture with such a fantastic view of the city. 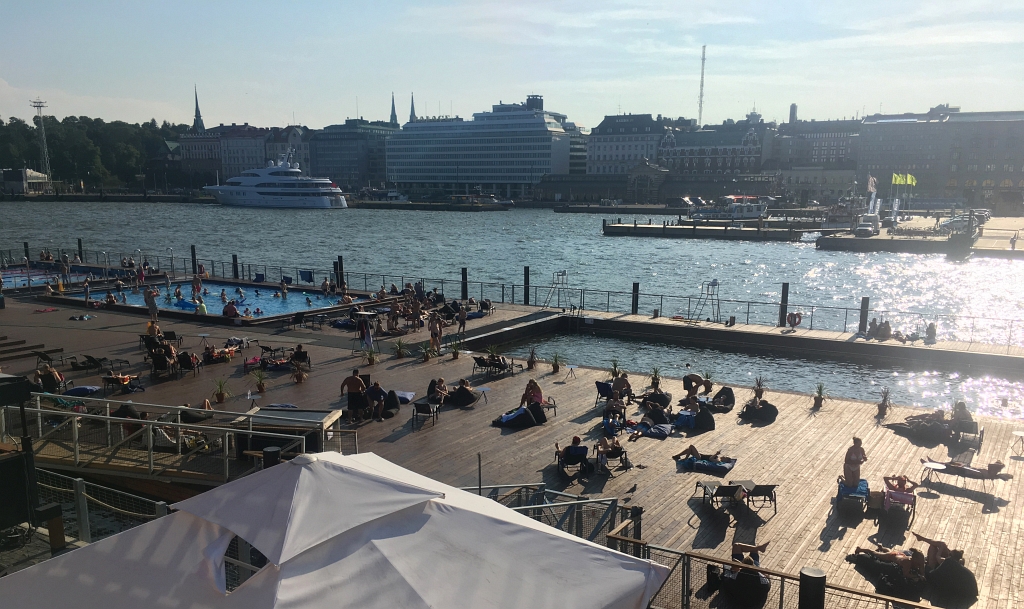 Visit the fortress island of Suomenlinna

As mentioned earlier, we visited the Fortress Island of Suomenlinna for half a day. I loved it here- it is a must visit while in Helsinki. The island is now recognised as a World Heritage Site. Not only can you find an 18th century fortress, it is also just a beautiful place to walk around with museums, parks and awesome views.

Once we had taken a short boat trip across to the island from Helsinki harbour, we popped in the supermarket there and bought a picnic. We found a lovely park to sit for lunch, enjoying the peace and nature all around us. There are pay-to-visit museums on the island, but the bastion fortress (the main attraction) is actually free of charge. It is such a huge location, that we spent a couple of hours wandering the six kilometres of walls, around the 100 original cannons, through some very exciting tunnels and across the beautiful parks.

The history of the fort is really interesting- reinforced by Sweden, besieged by the Russian forces and set up as a prison camp in Viapori for Red prisoners by the Finnish. A very interesting day out. Plus not only are the views across from the island wonderful, there are also lots of cafes around the island, so it really is the perfect way to spend an afternoon whilst in Helsinki. 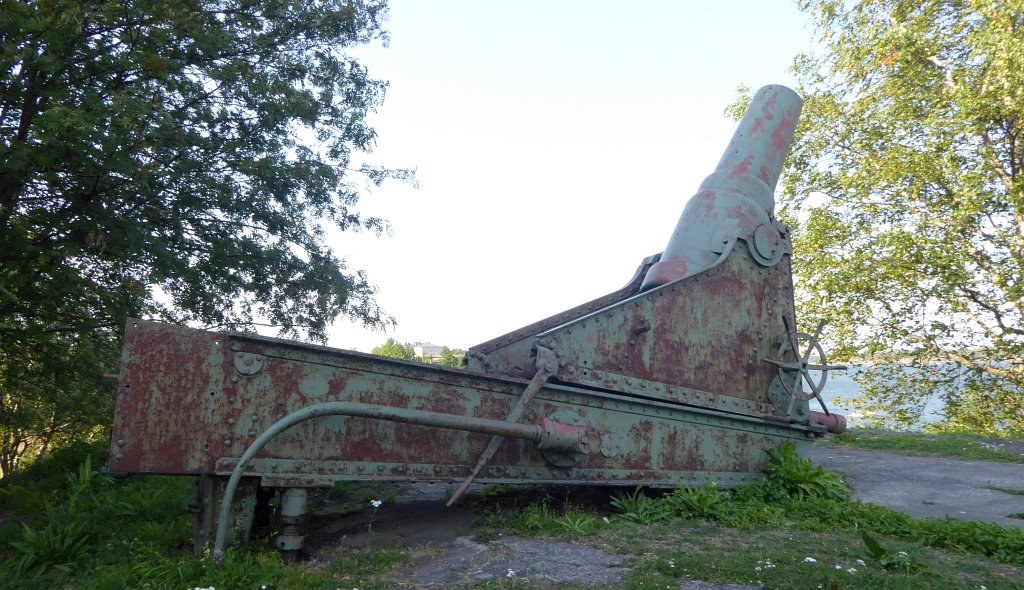 I was very impressed with how green Helsinki is. There are so many parks and we made the most of them whilst exploring the city on foot. We headed around the coastal path, past a game of Kayak Polo (I’d never seen this before, but was awesome to watch) and ended up at the Sibelius Monument. 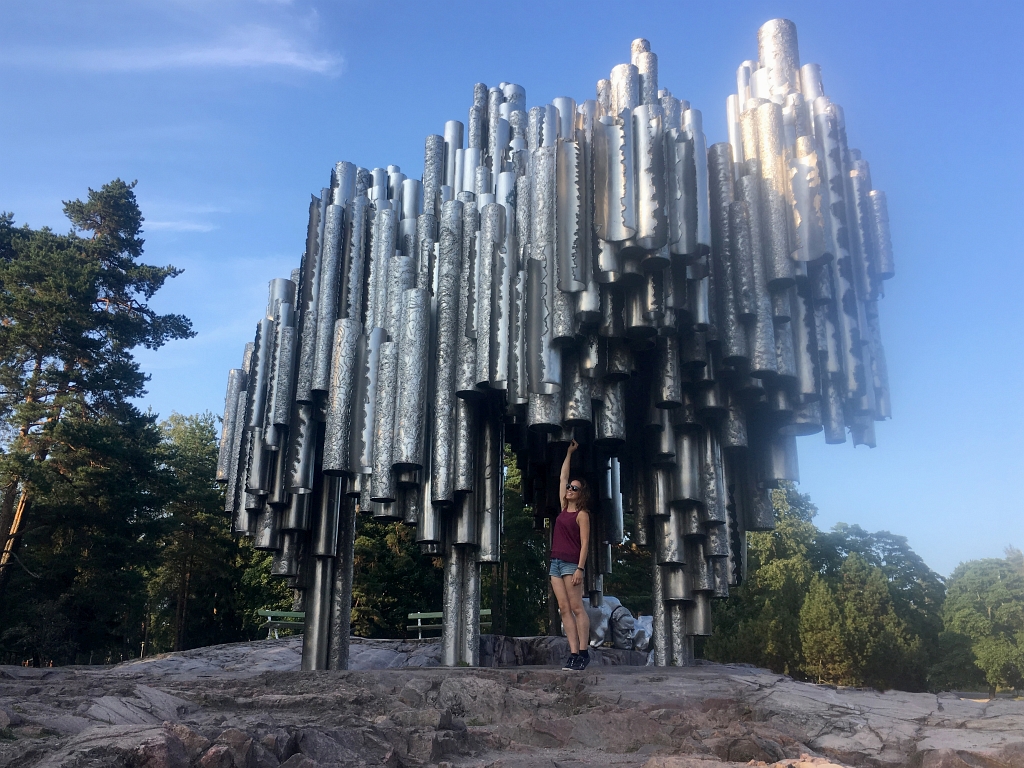 Located at the Sibelius Park, this sculpture is huge. Created by Finnish artist Eila Hiltunen and titled Passio Musicae in 1967, this monument is dedicated to the Finnish composer Jean Sibelius. It is definitely a sight to see, with its metallic pipes in an abstract, wave-like design.

View the City from the Water

Helsinki is not a huge city and we were able to see most of it on foot- although we did quite a few thousand steps each day, so we were glad to be wearing a good trainers. I don’t think we really appreciated how nice the city was until we got on a boat and could view the city from the water. 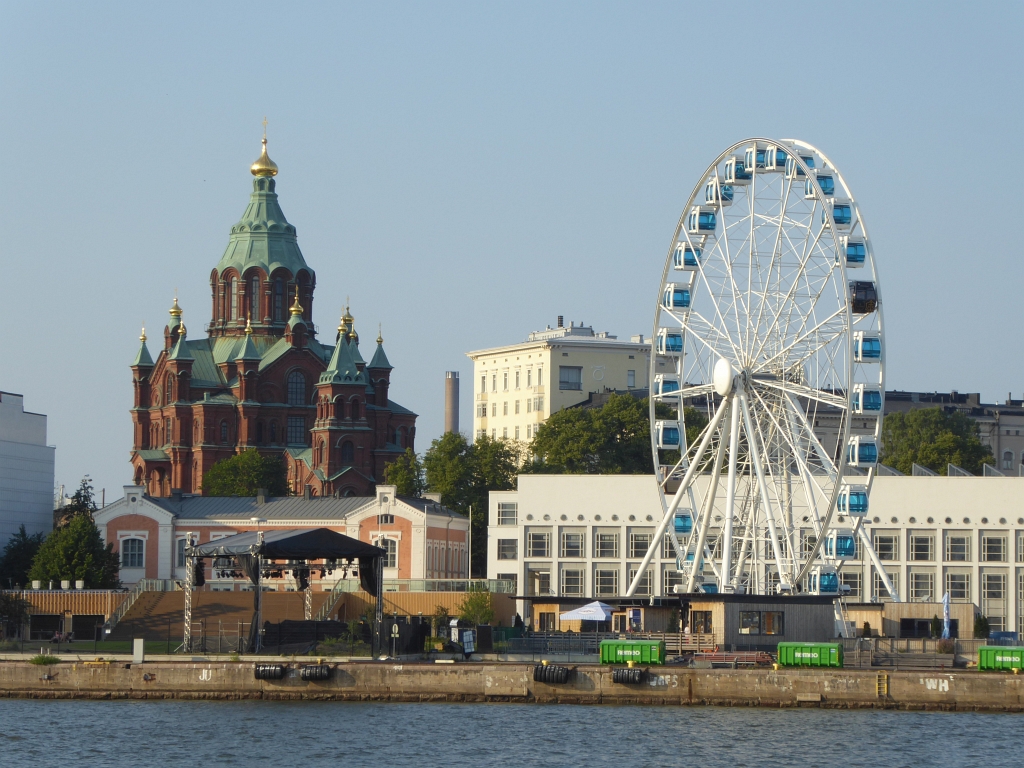 There are many places around Helsinki to get the best city view, including from Observatory Hill and the aforementioned Suomenlinna, but we found that by boat, on our way to and from Suomenlinna Island, was the best. Looking back across to the harbour, the most prominent buildings in the skyline were the cathedral and the orthodox church. From the sea, we really did get some inspiring views of our first destination around Europe this summer. 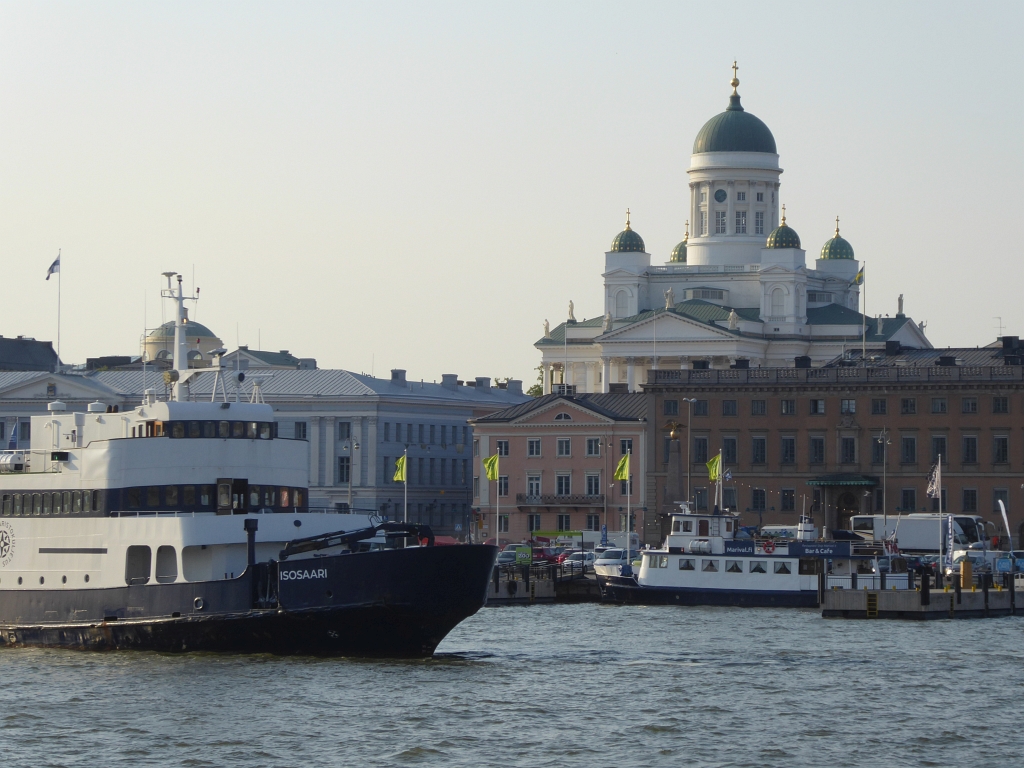