Vilnius is such a fantastic place that we really enjoyed exploring. The main high street is full of cafes and bars. However, the main appeal has to be the fact that it is one of Northern Europe’s oldest surviving medieval old towns and I absolutely loved both the history and architecture of the city. 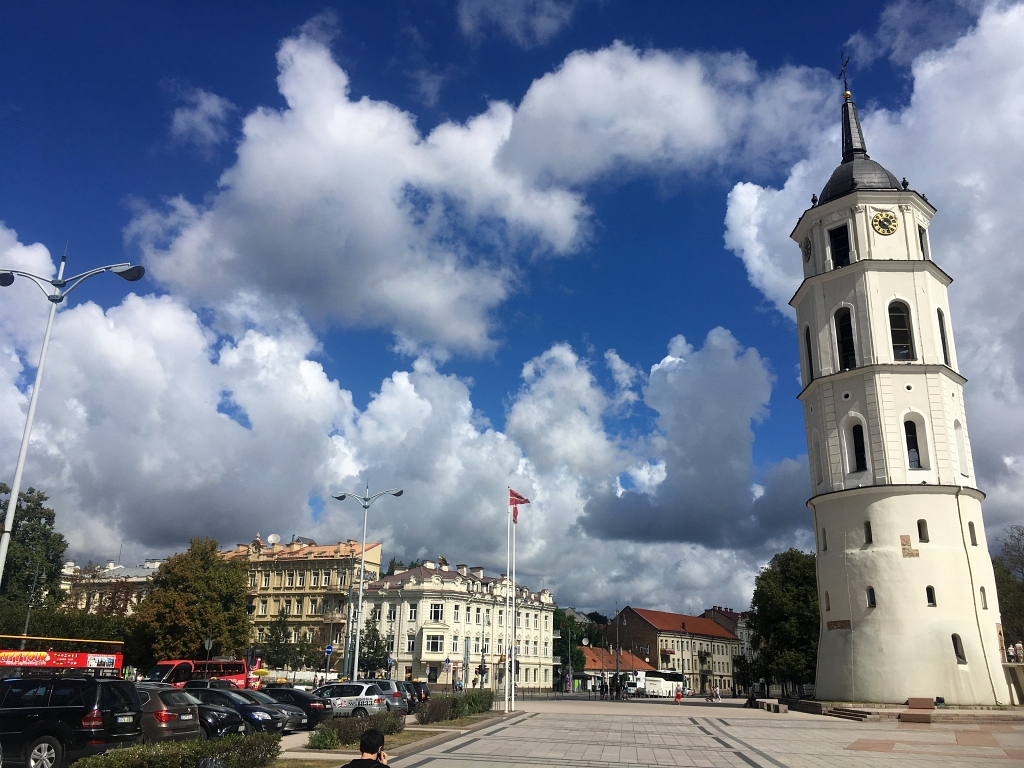 Situated just at the bottom of the old town, is the Bell Tower. It is one of the oldest and tallest towers around, dominating the main square of Vilnius. Looking down onto the square from the tower, with its awesome panoramic view, you can see where the original defensive walls of the city used to be – they have cleverly marked the outline of where it used to stand, paved using darker slabs. The Bell Tower used to be part of these walls too. 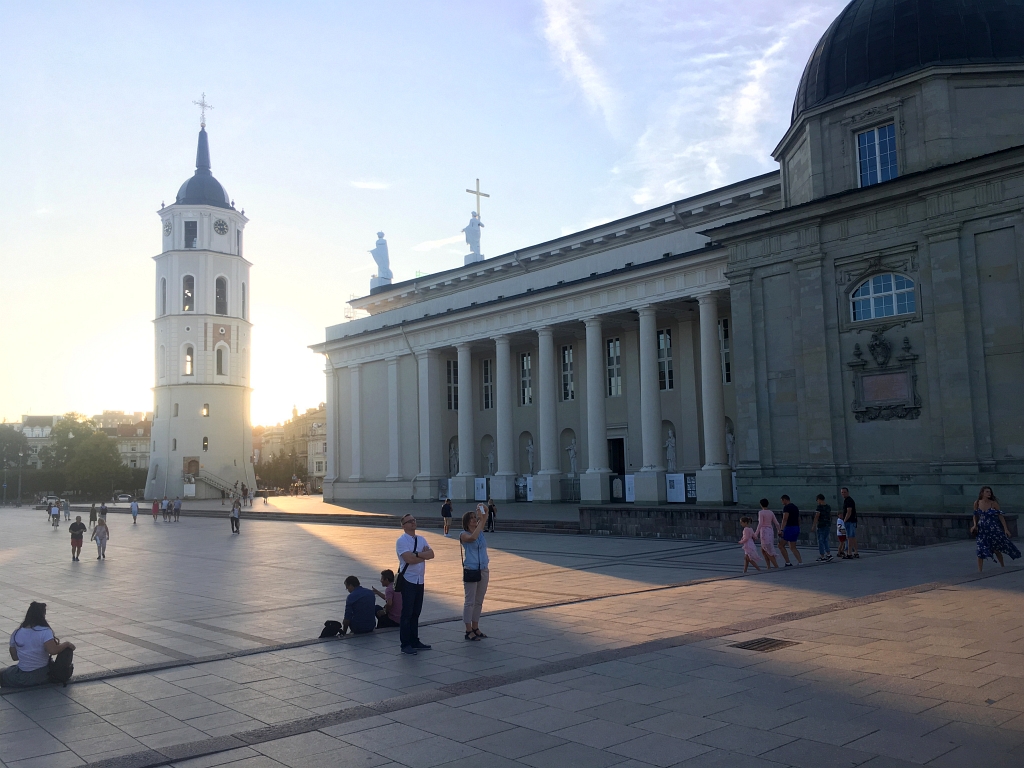 Inside the 13th Century tower, you climb a few narrow, wooden staircases, eventually reaching the top floor of the belfry. There are a number of different sized bells hanging there and if you’re lucky like we were, you can time it perfectly to be inside when the bells ring on the hour. It was so impressive and so loud. 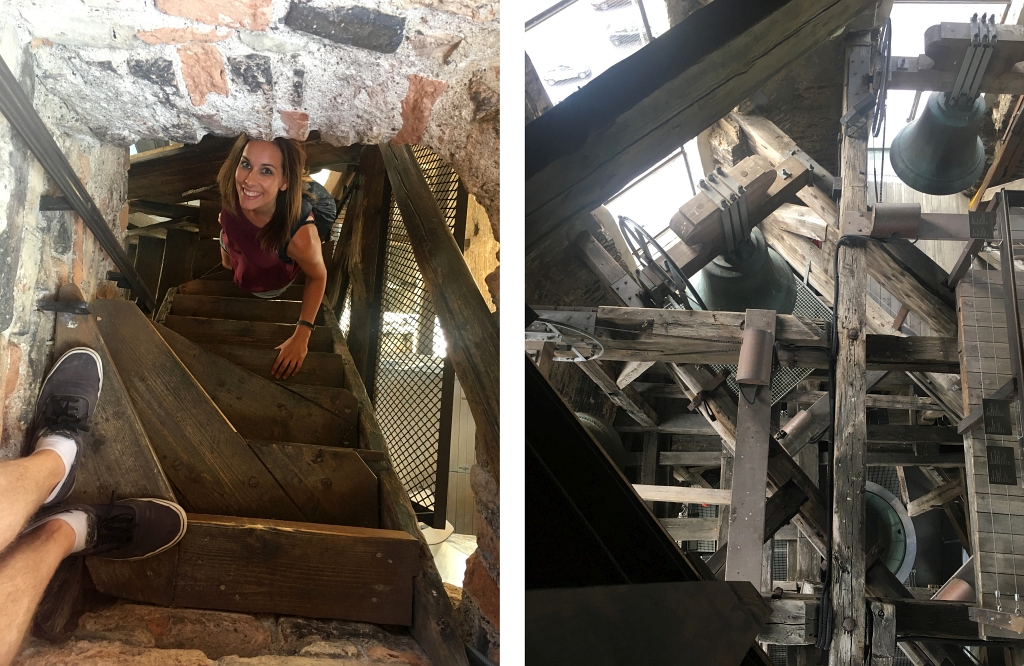 At the top, there were a few cameras positioned above us, which we were able to control. They gave a 360 degree view of the main square below. It was good fun to play around with these and see the unaware passersby going about their business. 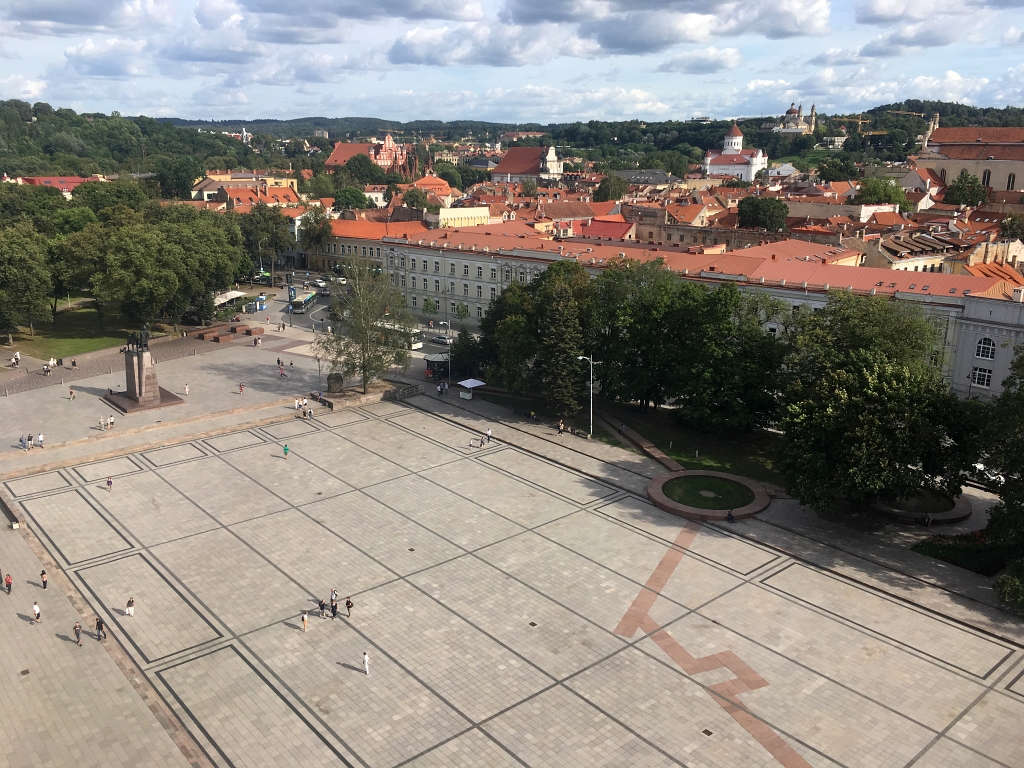 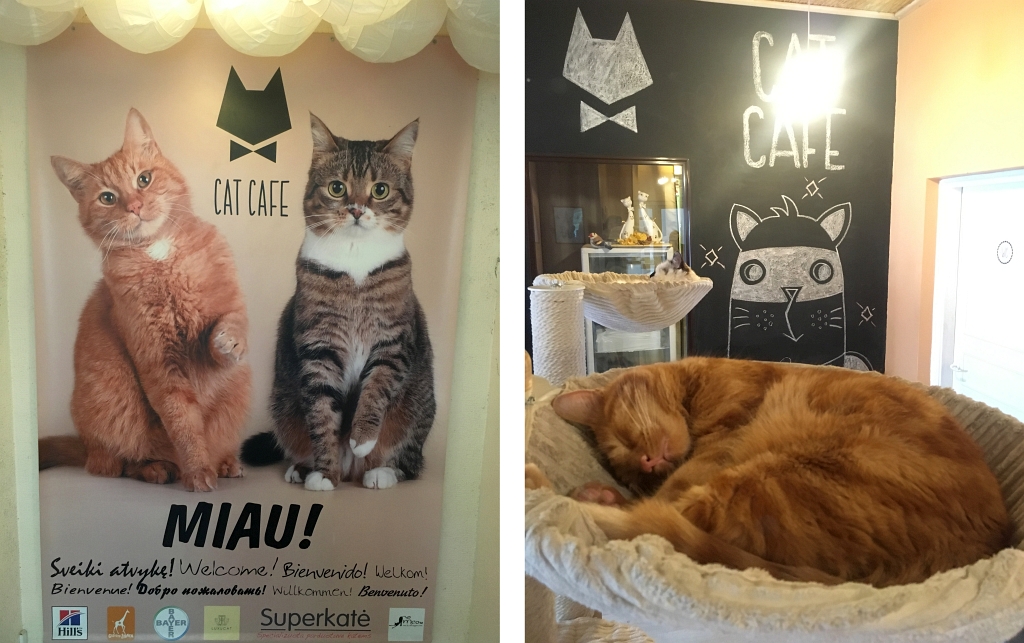 When in Vilnius, one of the most memorable locations to visit has to be the Cat Café. Although there are some dotted around the UK, I have not actually been to one before but absolutely loved it. 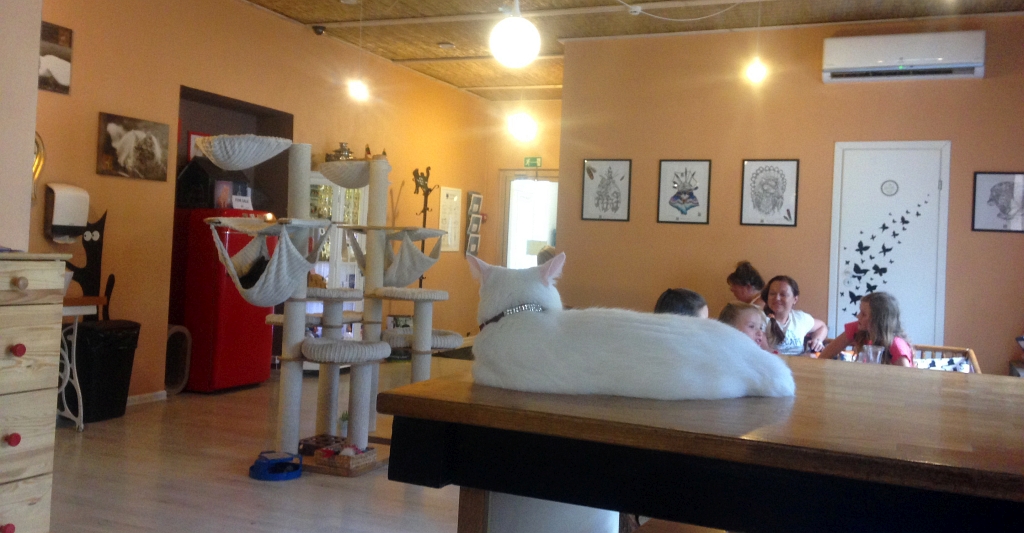 The café is home to 15 cats, taken from local shelters, and they are literally just lying around the room. It was a great experience having delicious cheesecake, waffles with tea and milkshakes. 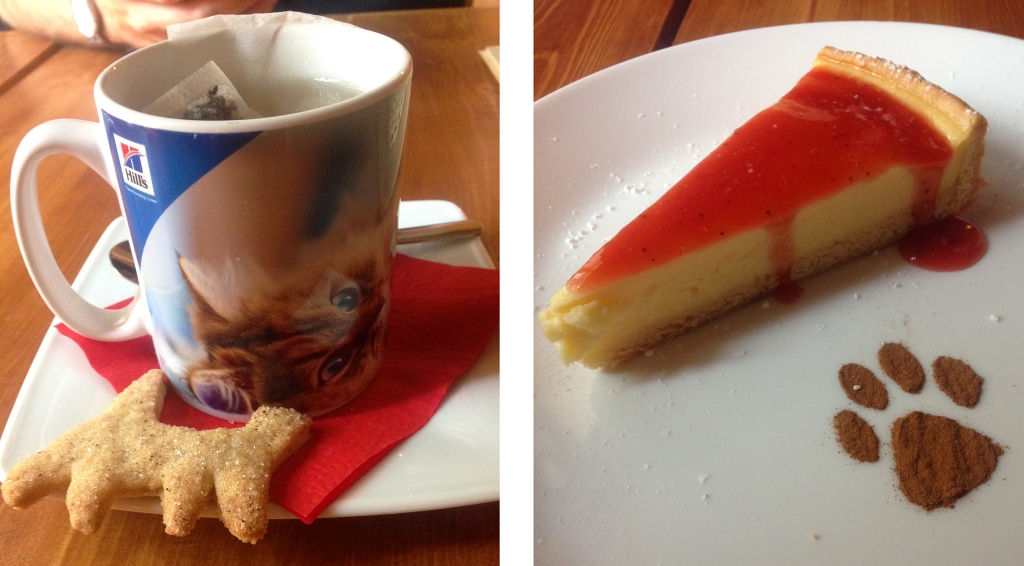 You don’t need to book a table, but I imagine that it would get pretty busy due to the novelty of the place. We really enjoyed everything about it, particularly the variety of cats to stroke and play with and would definitely return. 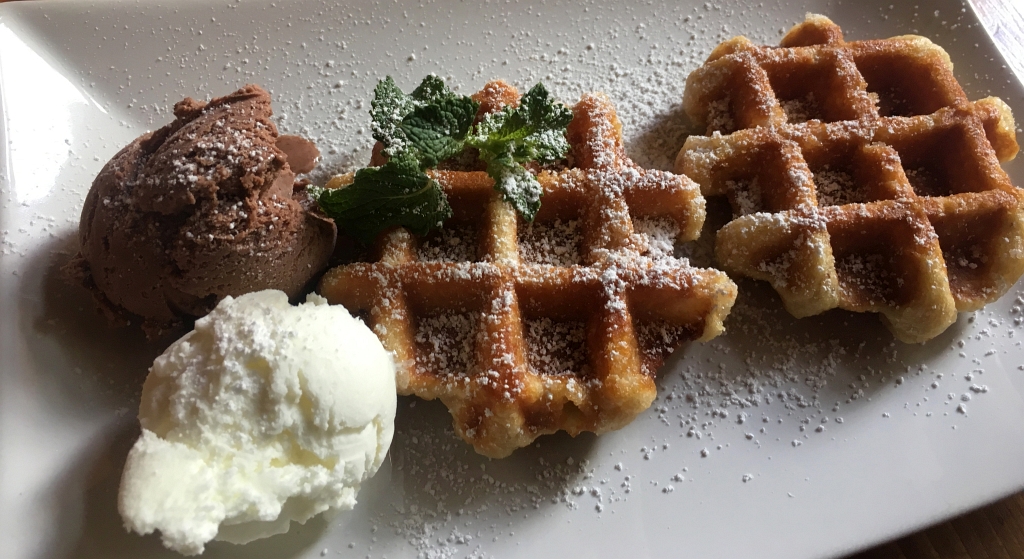 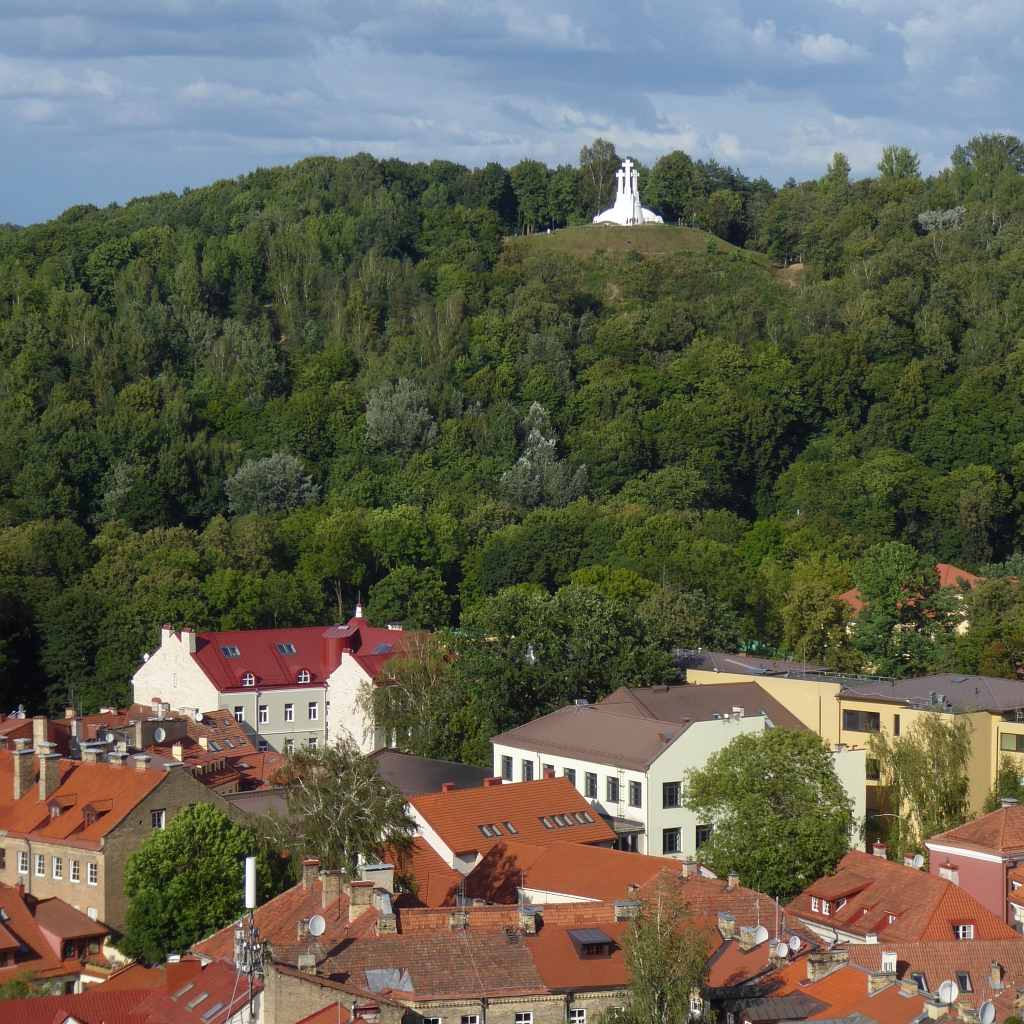 A really good landmark to checkout is the Three Crosses monument on the hill. Three wooden crosses were originally built in the 17th Century, but they collapsed 1869. They were eventually replaced in 1989 during Lithuania’s independence. 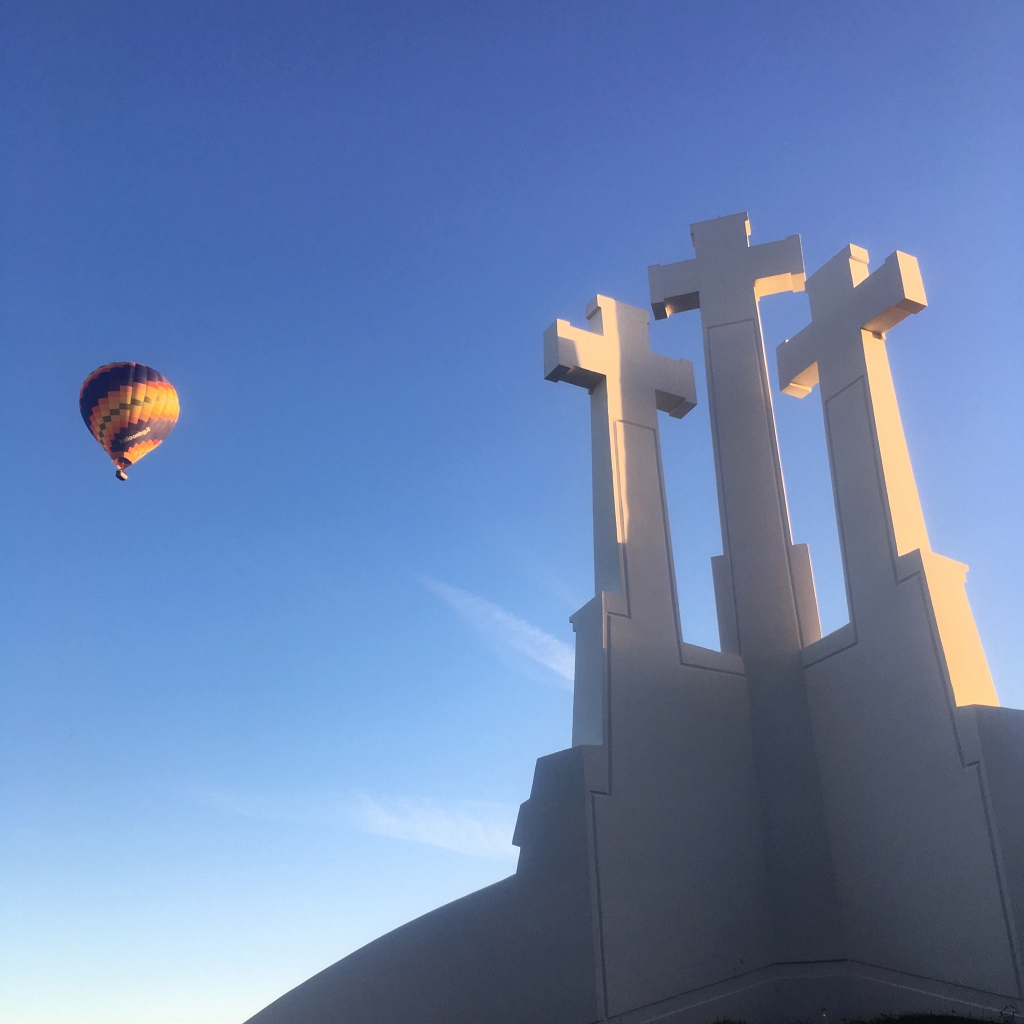 The walk along the river in the beautiful park below, then up the steps and footpath was really nice. The view from the top, by the immense crosses, was just fantastic. You could see the whole city and as it was sunset when we visited, it was the perfect place to end the day. 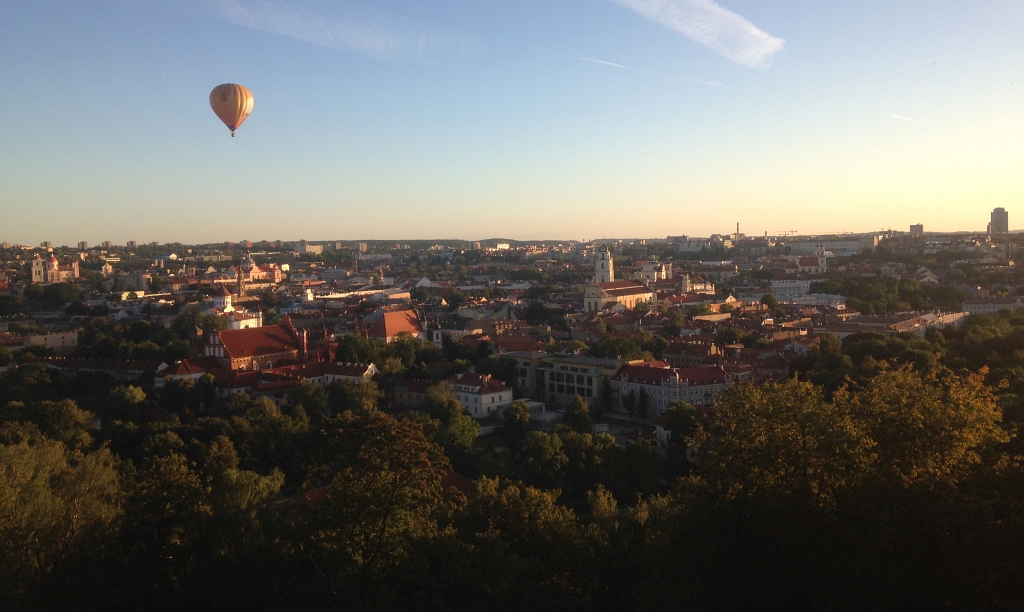 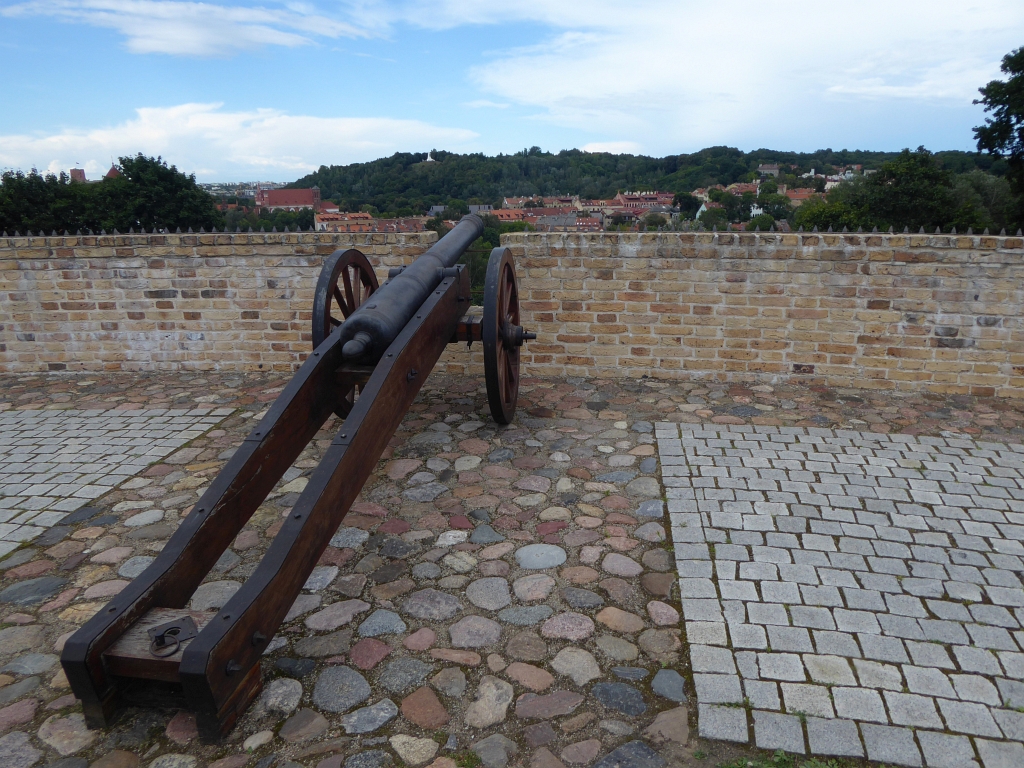 Overlooking the old town of Vilnius, is the Bastion. This 16th Century structure contains underground gun ports and a connecting corridor. The top of the Bastion provided us some great photo opportunities of the old city below and the castle on the hill opposite.

It was really cool walking down the long stairs into the tunnels below, where we found an exhibition in the tunnels, showing finds from the Bastion, lots of which dated back to around 2BC. Here, we found old helmets, pottery, clothing, jewellery and weapons- it was really amazing learning about the history of the place. 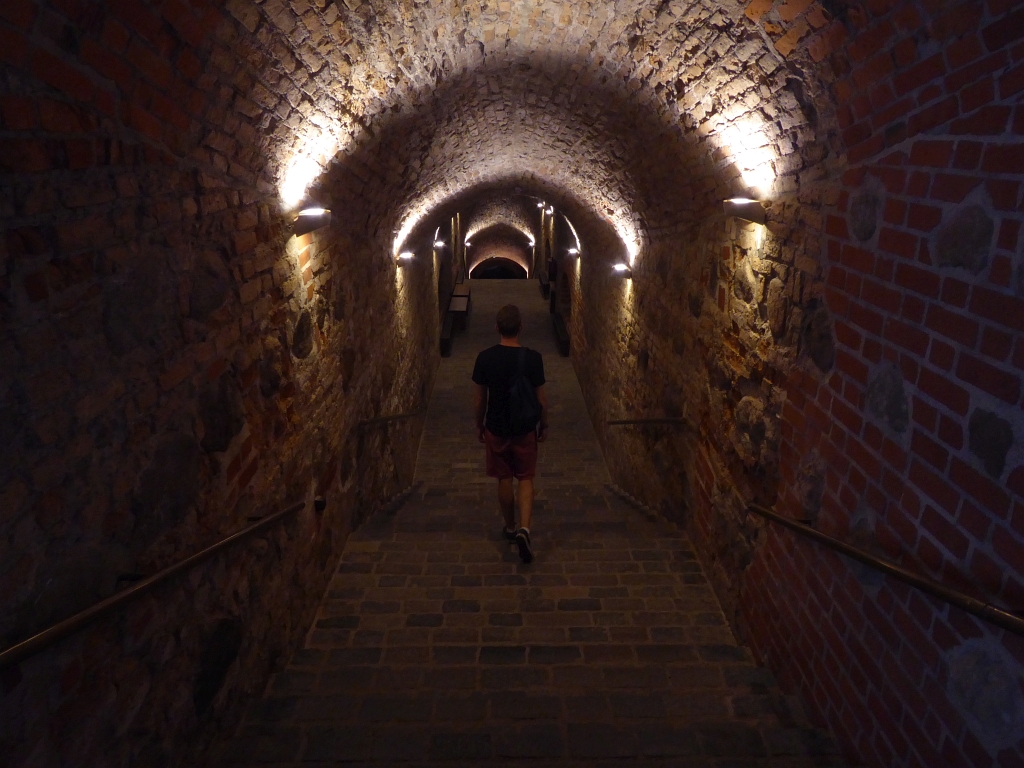 Part of the original castle complex is Gediminas’ Tower aka Upper Castle, which is situated on top of Gediminas Hill. It is a very distinctive object in the skyline of Vilnius, which can be seen from almost every part of the Vilunius old town. Built in the 13th Century, it really does capture the history of the city with its stone walls. 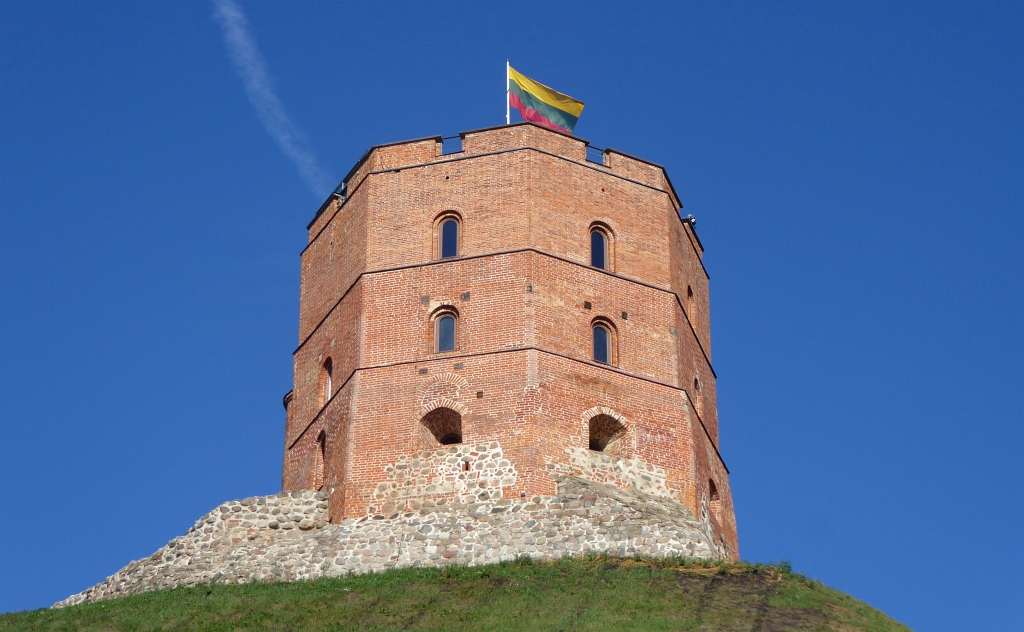 View Point from the Bell tower of St. John’s church 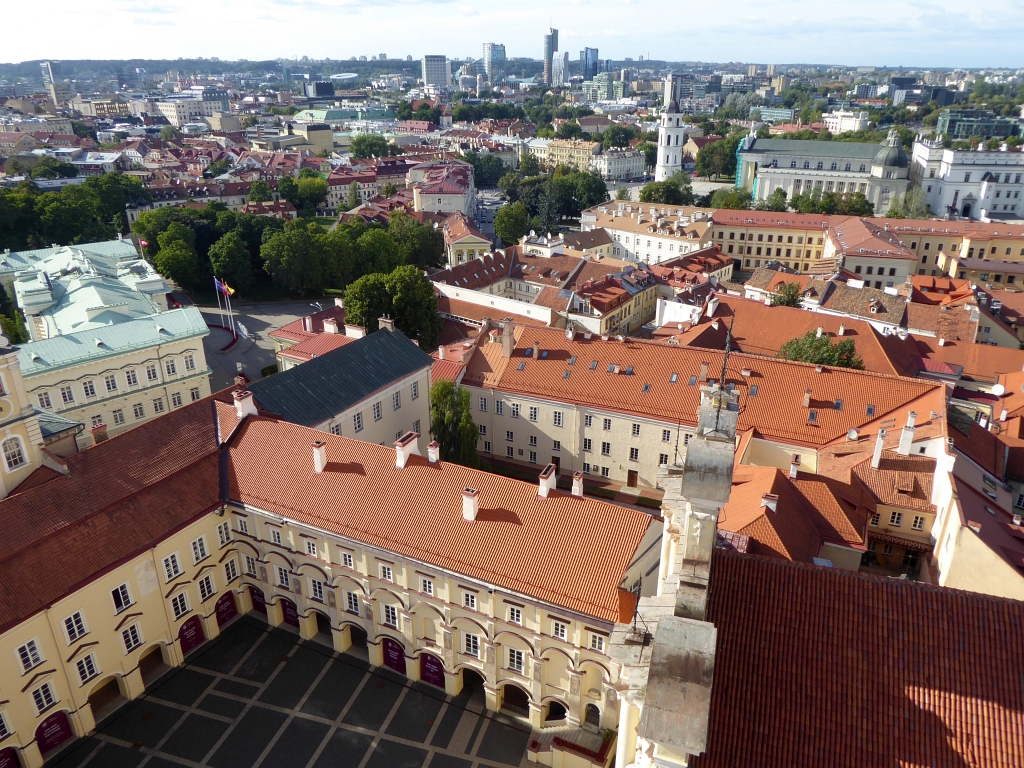 For one of the best panoramic views of the city, we ascended the Bell tower of St. John’s church. It was right in the city centre, so was really easy to find. Although there is a modern lift that takes you to the top, we chose to climb the authentic wooden stairs (so steps were pretty worn and not straight at all, which added to the fun of the climb). 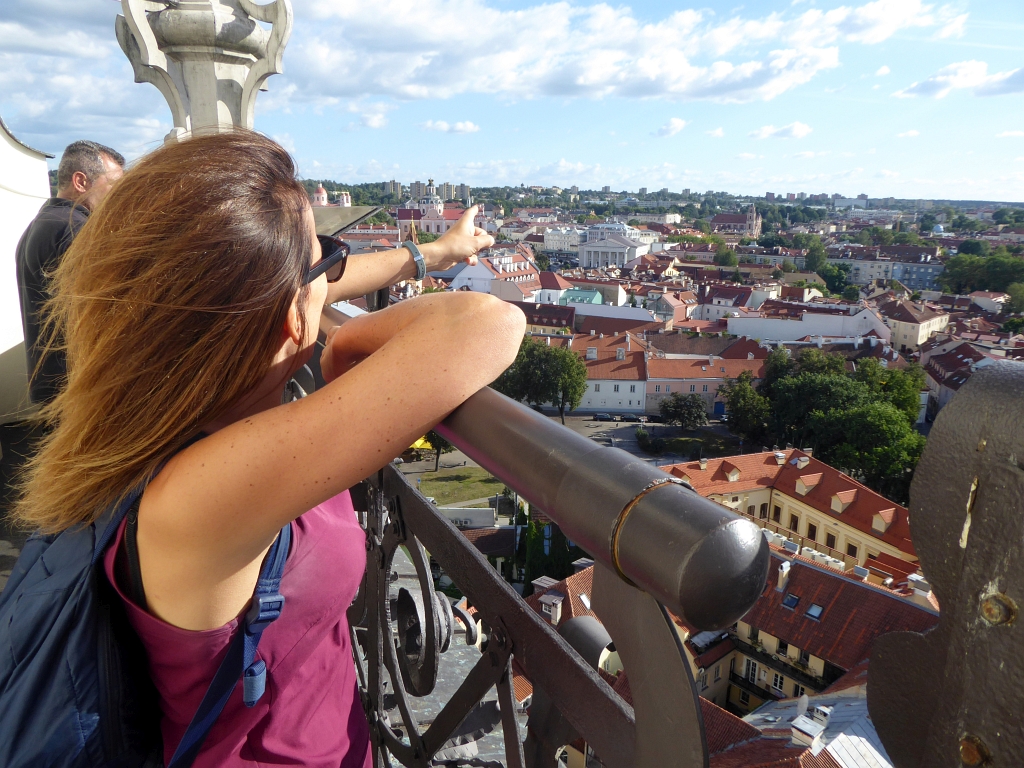 This mighty bell tower has an open observation deck, so does get quite windy up there. From the top floor, you can see all over the whole of the city. And you get a great view of Gediminas’ Tower right on the hill opposite. 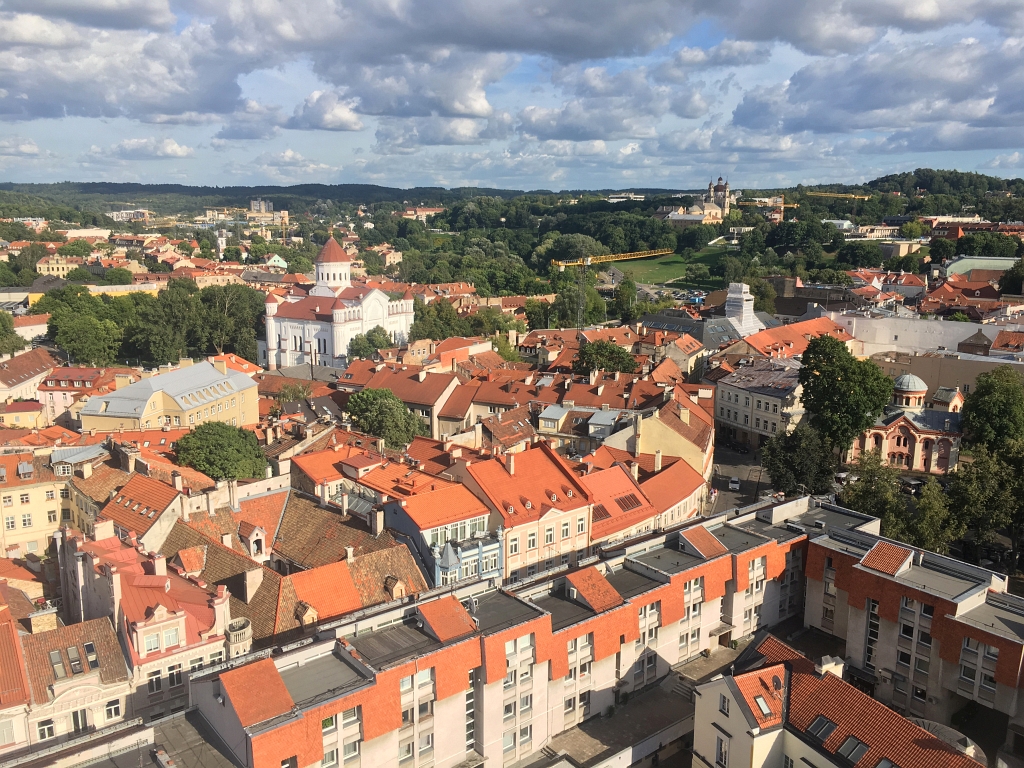 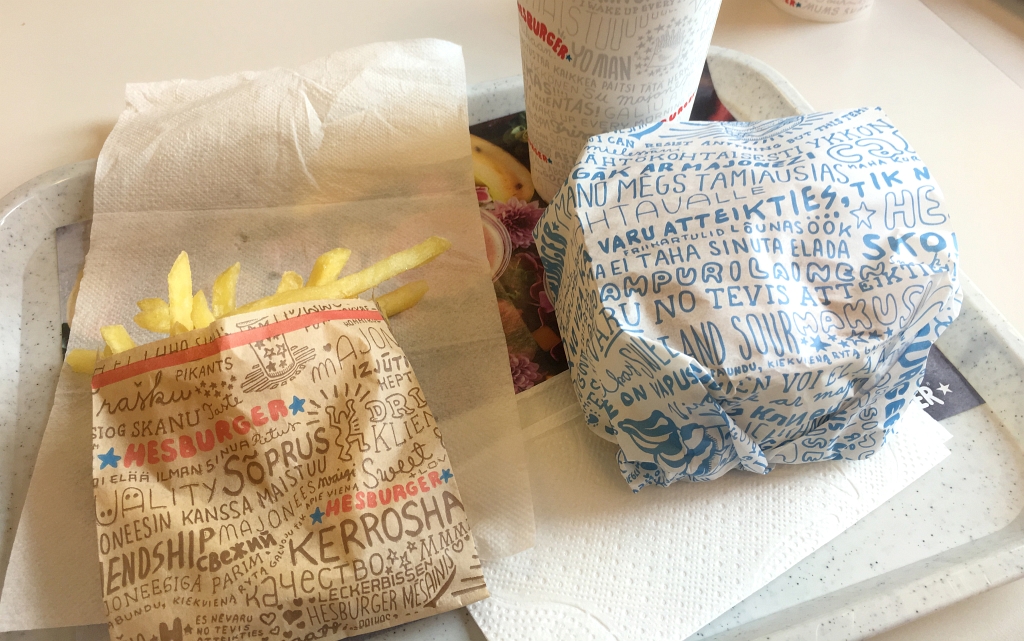 Vilnius has so many restaurants, bars and cafes around the city. Hesburger (seen above) was really good. It is their version of McDonalds, and more popular too, with hundreds of locations within the Baltics. We also had some delicious fast-food style falafels in a cool place called Zatar.

One of the best places for beer and traditional Lithuanian food has to be Snekutis. It has a friendly, local and cosy environment, and the food was good too. On one of the evenings in the city, we found a great underground bar called Bambalyne. They had such a massive selection of Lithuanian bottled beers, so we were literally spoilt for choice.

There is a very unique neighbourhood in Vilnius called Užupis, an independent republic. This area even has its own flag, unofficial currency, president, cabinet of ministers, a constitution (displayed on the wall in the picture above). Some of the constitution rules include ‘Everyone has a right to be happy’, ‘Everyone may share what they possess’, ‘No one has the right to make another person feel guilty’ and some more obscure ones including ‘A dog has the right to be a dog’ and ‘Everyone shall remember their name’.

This quirky place was great fun to visit and we particularly enjoyed checking out the art work around the streets and even in the river. There are some cool cafes and bars around as well, which we made the most of – enjoying a pint whilst sitting along by the river.