During our summer travels, we stopped in Vienna for a couple of nights. Wow! What a beautiful place, so much to see and do, with the most amazing architecture to marvel at. It is a vast city, so we didn’t manage to see everything sadly. However, here are the things we would recommend whilst visiting Vienna: 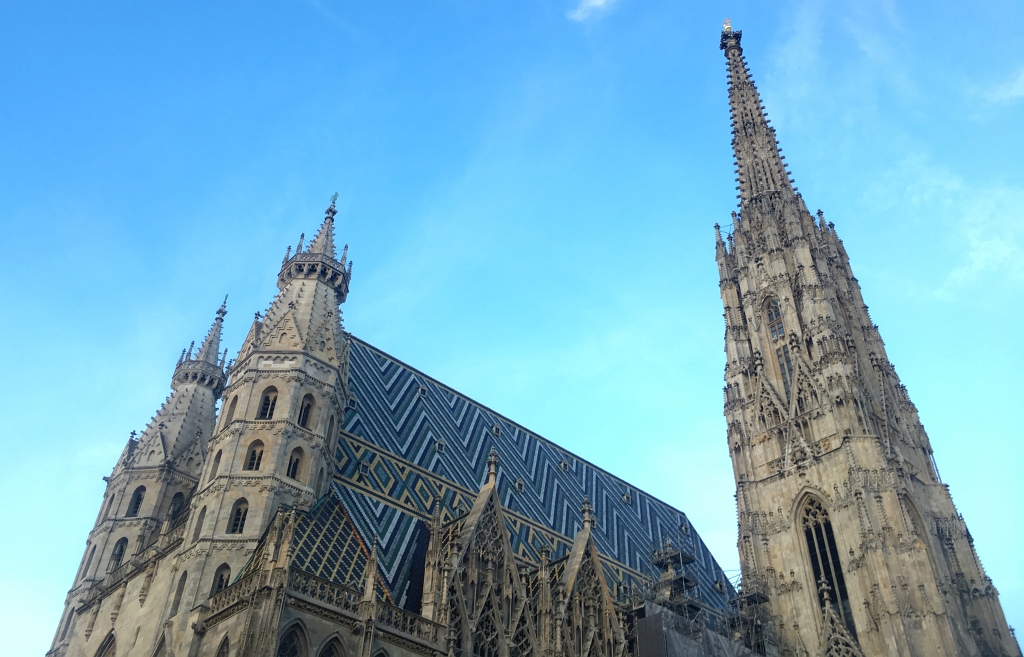 Built in the 12th Century, St Stephen’s Cathedral is immense and just stunning. You can actually climb the cathedral towers to get some amazing views of the city. 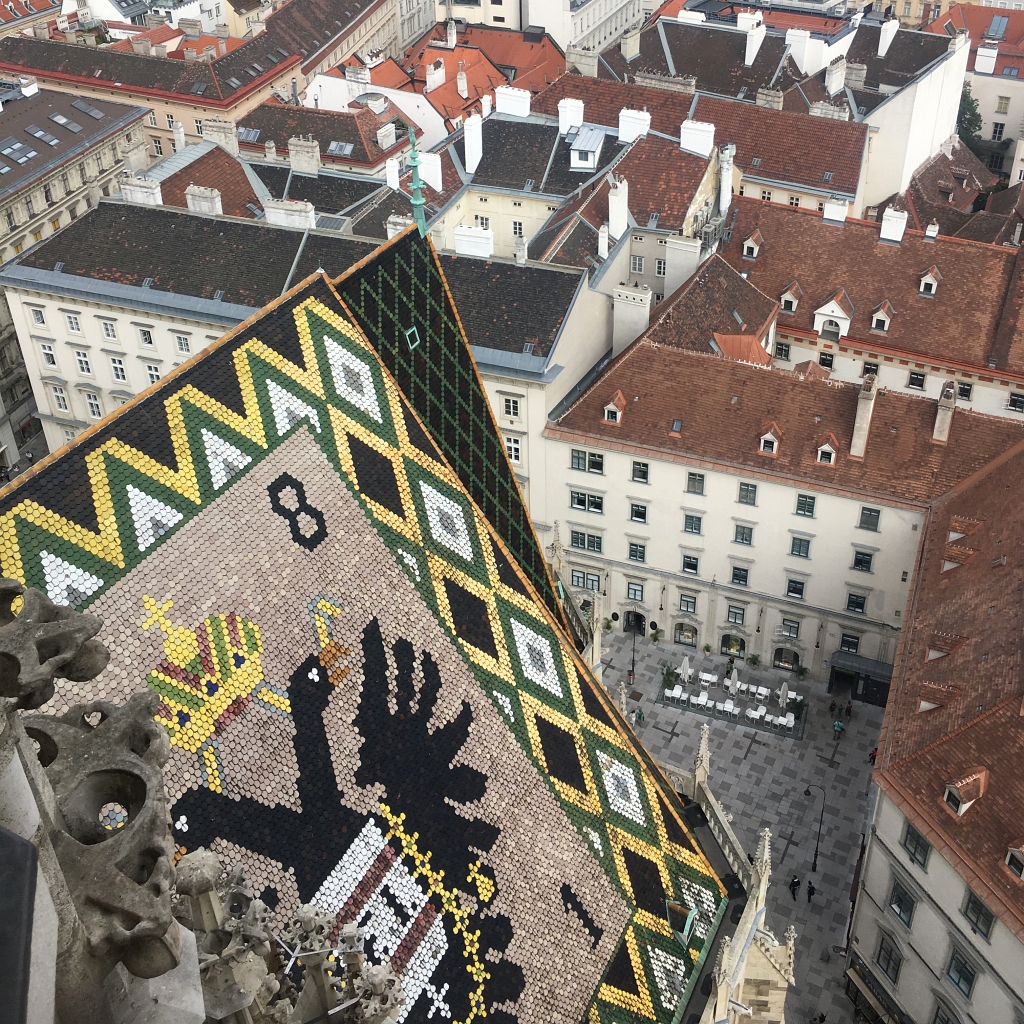 The best views of Vienna from above were from the South Tower (Steffl). We tackled 343 steps up a narrow, winding staircase, to reach the Türmerstube viewing platform. Cameras at the ready, we managed to get some fantastic photos, not only of the streets below, but of the roof of the cathedral which is amazing to see. You can also climb the North Tower (Eagle Tower). Although not as tall, at about 50 metres in height, you get a lift up to the viewing platform, so perfect for those less able or if you just can’t be bothered to trek up the steps of the South Tower. 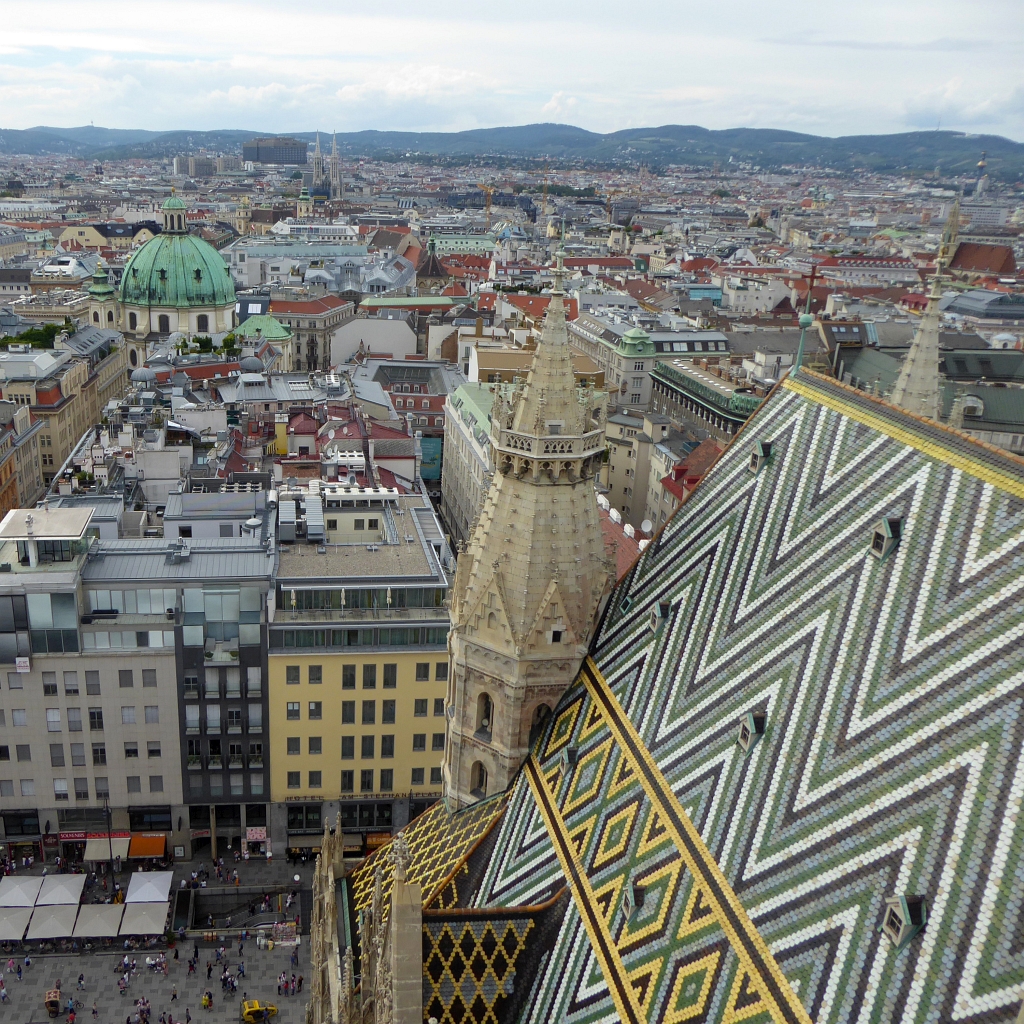 Vienna, like most cities, has lots of choices for food. One cute place to grab a quick bite to eat was Vienna Sausage. This tiny restaurant makes traditional Viennese sausages with an American twist. There were a variety of hot dogs to choose from on the menu; I had bacon and cheese toppings, Vicky chose the Classic Vienna (sauerkraut, fresh onions,, horse radish and mustard toppings). Mmmmm.

Also, whilst exploring the city, we headed to Naschtmarkt, Vienna’s biggest outdoor market. It is a great place to buy traditional souvenirs, go for drinks at the many cafes and bars and have dinner in the restaurants there. We ended up at a cool place Tewa, which serves Middle Eastern Cuisine. Vicky ate humus and minced meat, with salad and bread and I had a traditional wrap- both were absolutely delicious and went down a treat with a beer too. 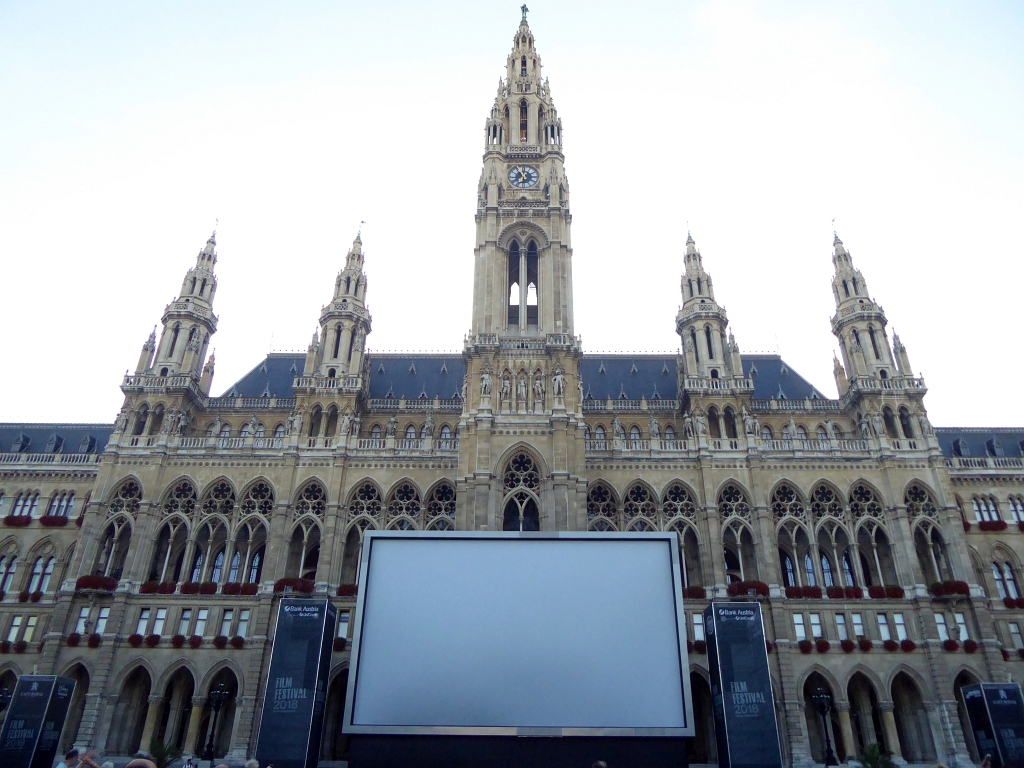 The Vienna City Hall hosts numerous events throughout the year. Luckily, during our visit, it was during the annual Musical Film Festival. Located in the City Hall Square, the festival hosts free outdoor cinema screenings all summer, with loads of food vans and bars too. 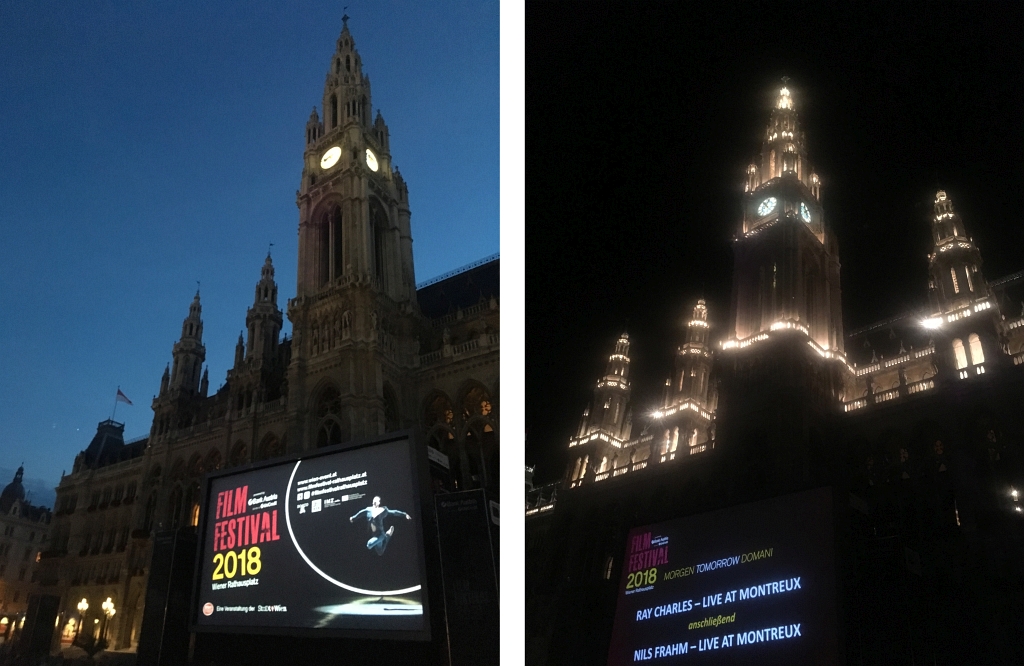 On our first night, we went to watch Swan Lake Ballet. The ballet itself was awesome to watch (I’d never watched a full length ballet before) and lasted for about 2 hours – a really lovely way to spend the evening. 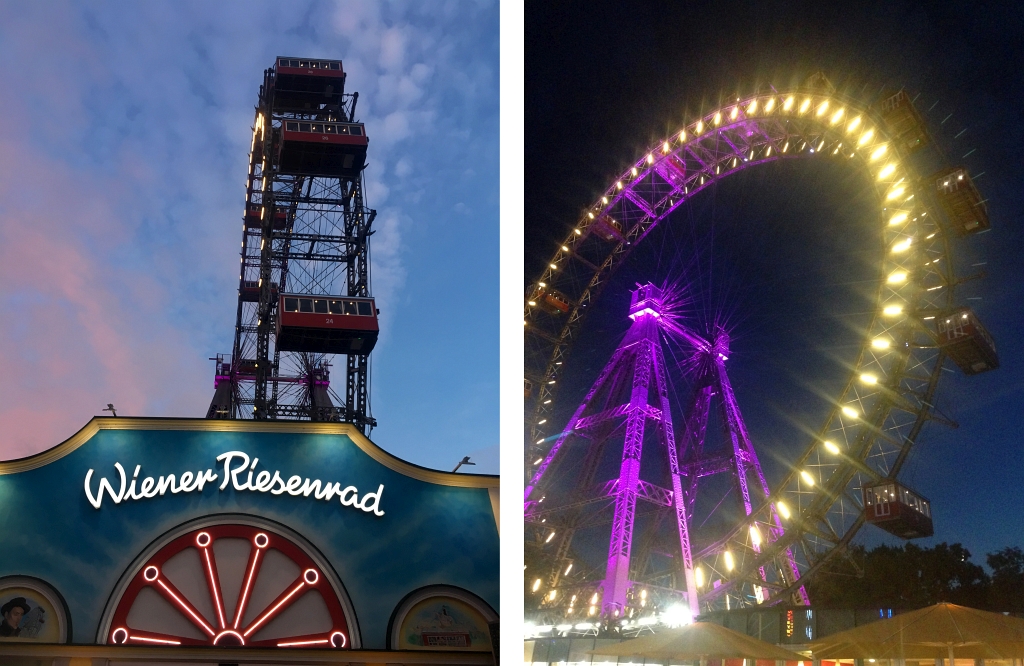 An awesome place to go in the evening is the Prater Theme Park. There is an underground station right near it too so easy to get to. It is free entry and fun to wander around and check out the fairground rides illuminated in the darkness. 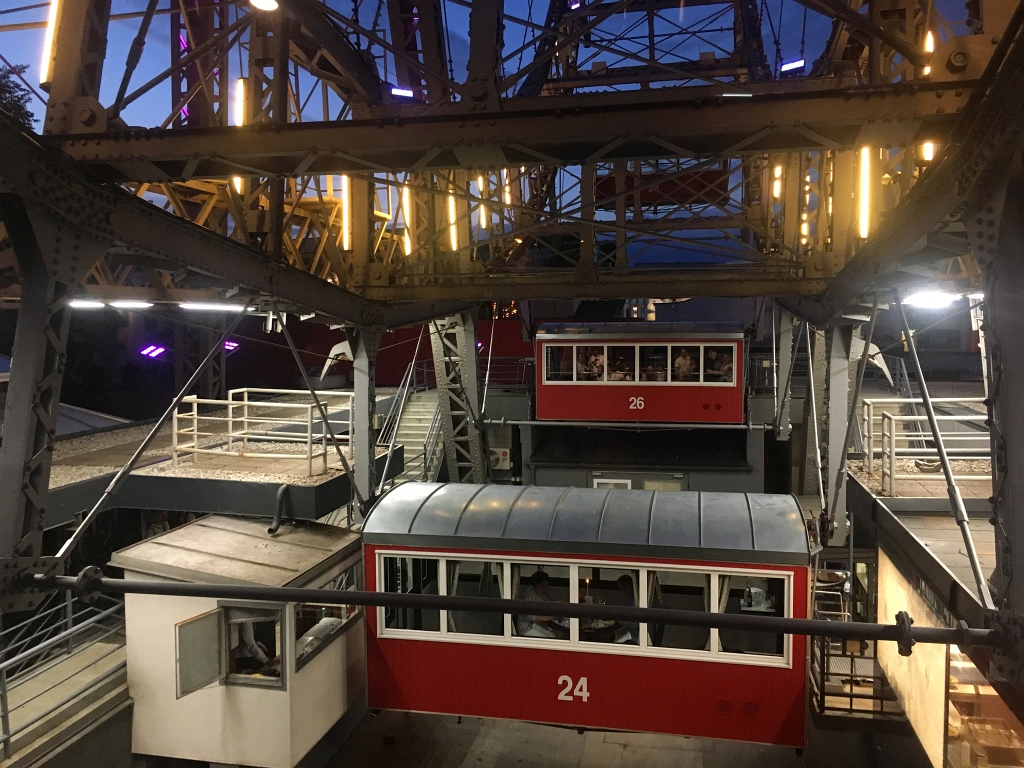 The main attraction at Prater has to be the Ferris wheel, the Riesenrad. At 64.75-metre (212 ft) tall, it dominates the theme park. Built in 1897, it was the tallest Ferris wheel in the world until 1985 and has even featured in the movies including The Third Man and James Bond: Living Daylights. 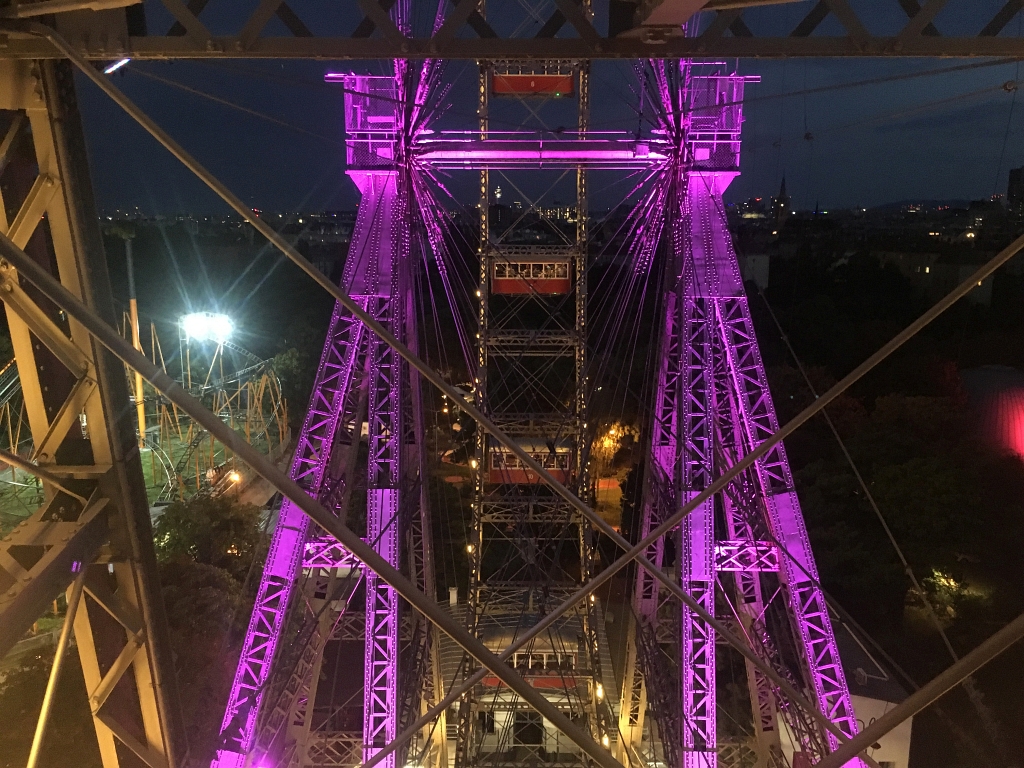 Even though the wheel was actually burnt down in WW2 and had to be rebuilt, they kept the original design of the cabins, making the wheel seem vintage and really retro. When we were there, we saw a couple in the cabin next to ours had booked out one for a private, exclusive 3 course dinner. The wheel takes approximately 15 to 20 minutes to complete a circuit so plenty of time for each course of a meal. It looked really unique and pretty luxurious, although very pricey! 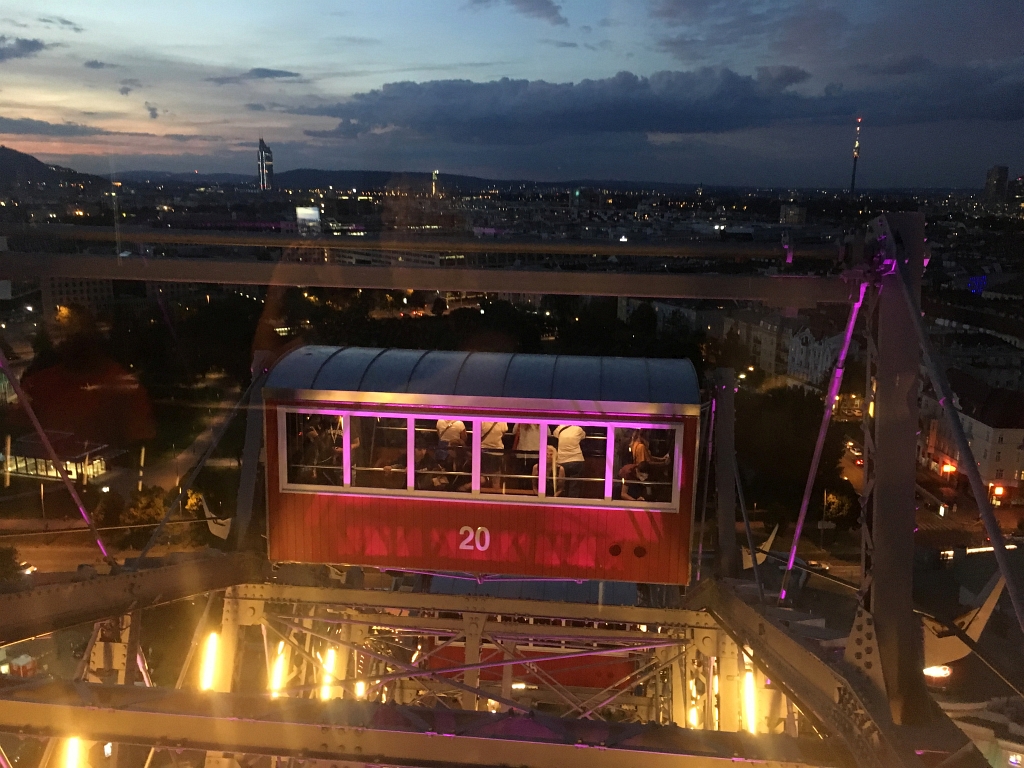 When you board one of the many cabins, you can feel every movement inside, as the wheel slowly turns at 2mph and the cabin sways gently, ascending to a height of 61 metres. The views of the amusement park below are really cool, especially with the park lit up at night. 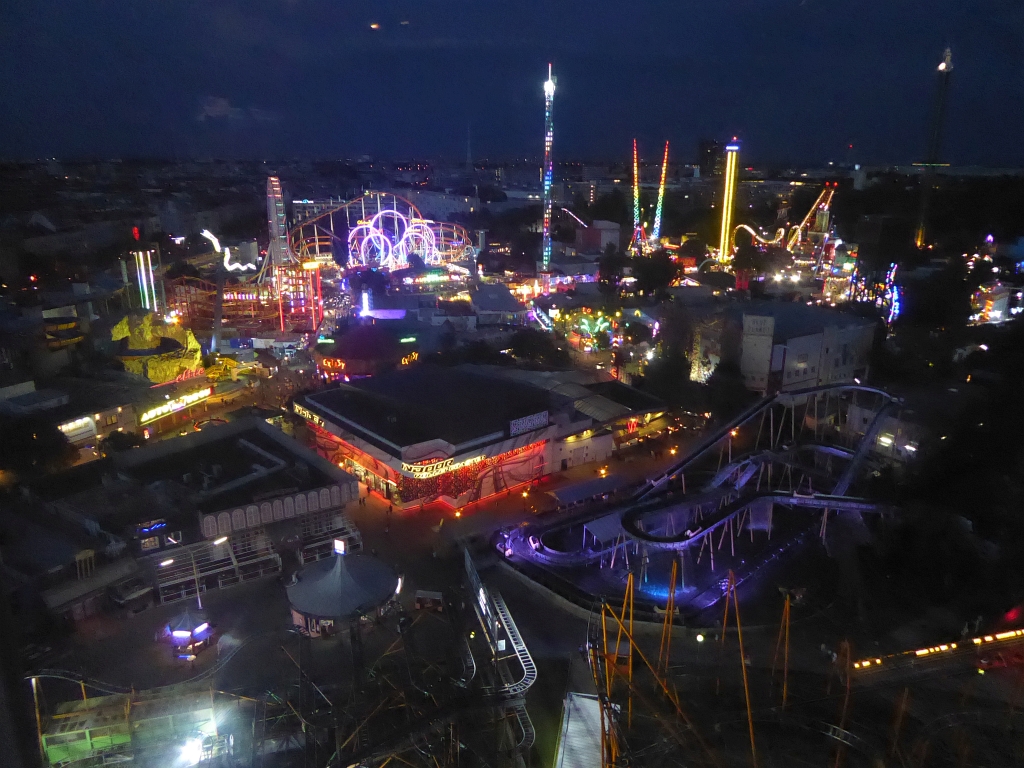 Although free entry to get in to Prater, every ride charges a set price to have a go. After wandering round, we chose to have a go on the classic dodgems. I haven’t been on the dodgems since I was young, but it was absolutely hilarious and just as good as I remember. Afterwards, we stopped for a cake and coffee in one of the cafes there, sitting in the outdoor area, right opposite the Ferris wheel. 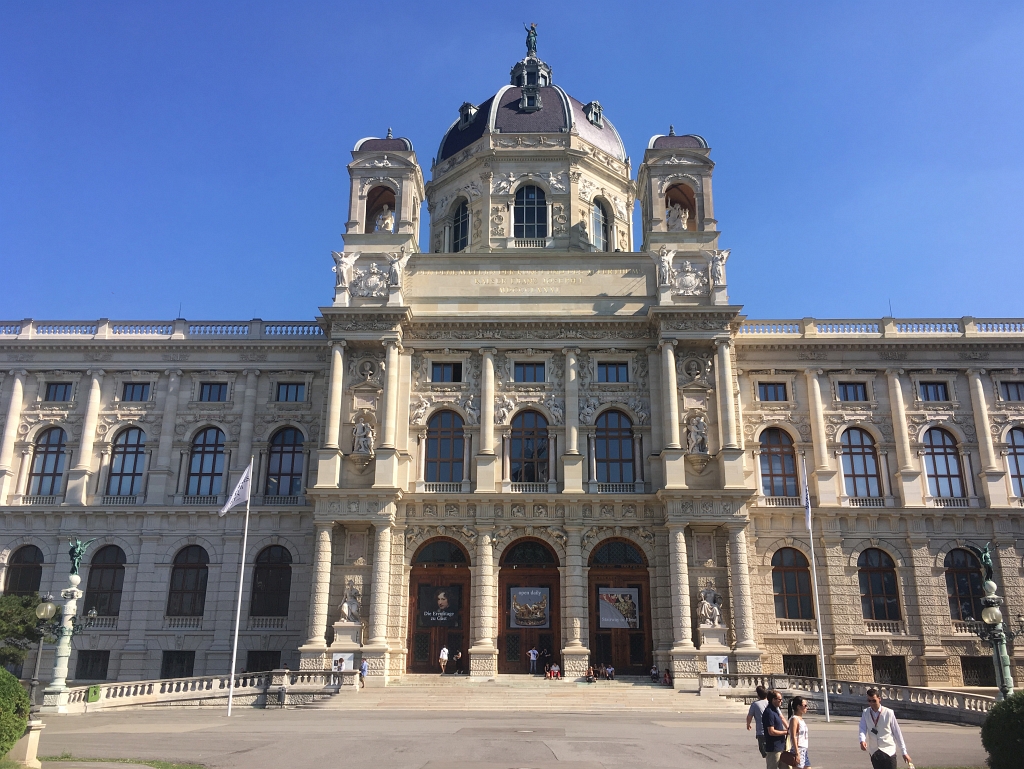 Vienna, like London, has an abundance of historic and art museums to visit. We headed to the Museum Quarter and on recommendation, we chose to go into the Natural History Museum. Set inside an architecturally beautiful building, the museum gives an amazing insight into the original research and the explorations of the 19th century as well as modern research and methods of today’s scientists.

The musueum is laid out chronologically, so you begin your journey of the World’s history through the biggest exhibit of minerals and stones I have ever seen. There were stones from all over the world, including a number from Cornwall such as tin. As you continue around the ground floor, you arrive at the history of the earth which included meteors and some interesting fossils, onto dinosaur skeletons, prehistory and anthropology. 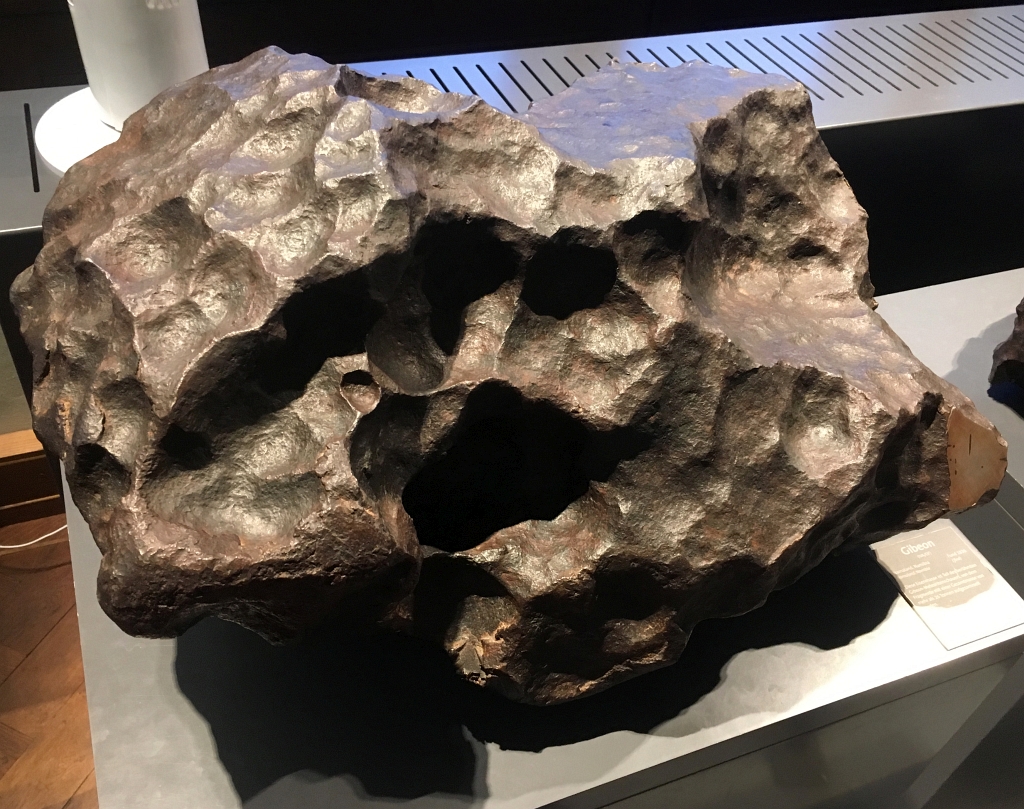 Once we explored the ground floor, we headed upstairs and were astonished at how much taxidermy the museum contained. And not just examples of one animal in each species. There were like 7 or 8 types of zebra. The rooms/halls were enormous, exhibiting species that I hadn’t even heard of before. 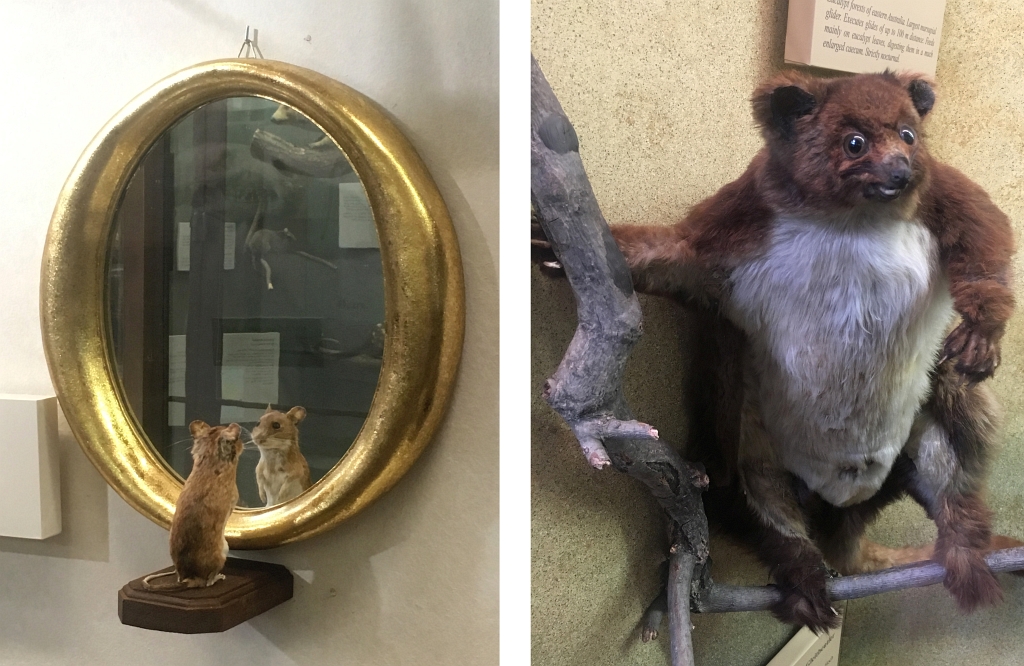 We started our journey of the species, within the corals and molluscs section, moving through crabs, insects, vertebrates and fish, eventually reaching amphibians, reptiles, birds and mammals. The museum displays between 80,000 – 100,000 mammals from all groups. Surprisingly there are also some species exhibited that became extinct in recorded history. These include the crescent nail-tail wallaby, blue antelope, Tasmanian tiger and type of zebra called a quagga.

As you can tell, the museum houses such an impressive collection which you must see. It was a fascinating place to visit – we ended up staying there for at least 3 hours. You can really get a sense of how scientists, over centuries, have dedicated themselves and their work exploring the natural wonders of the world. 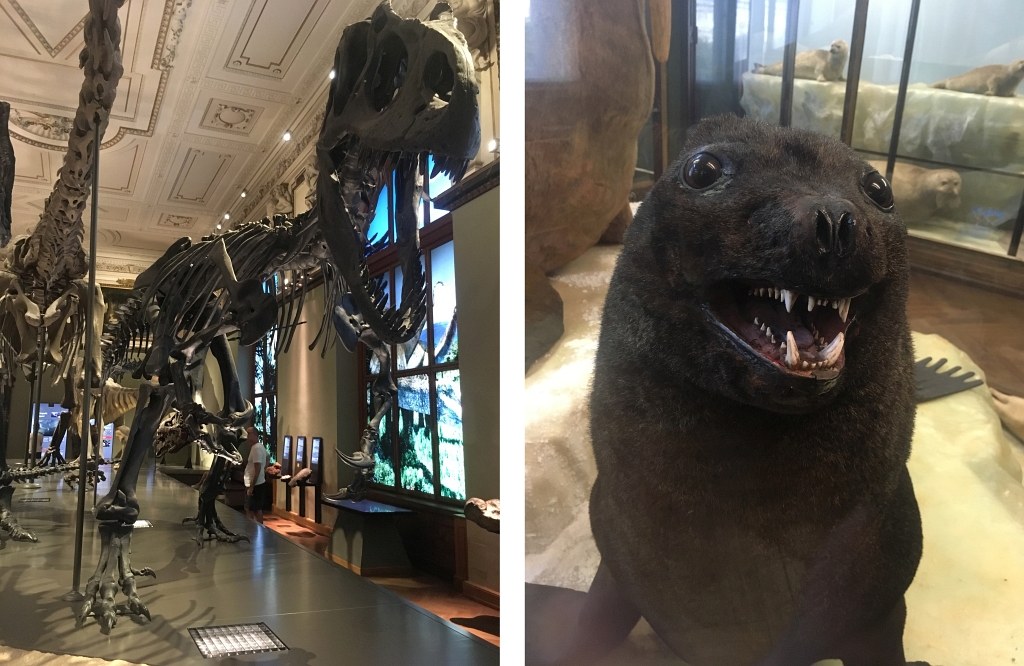 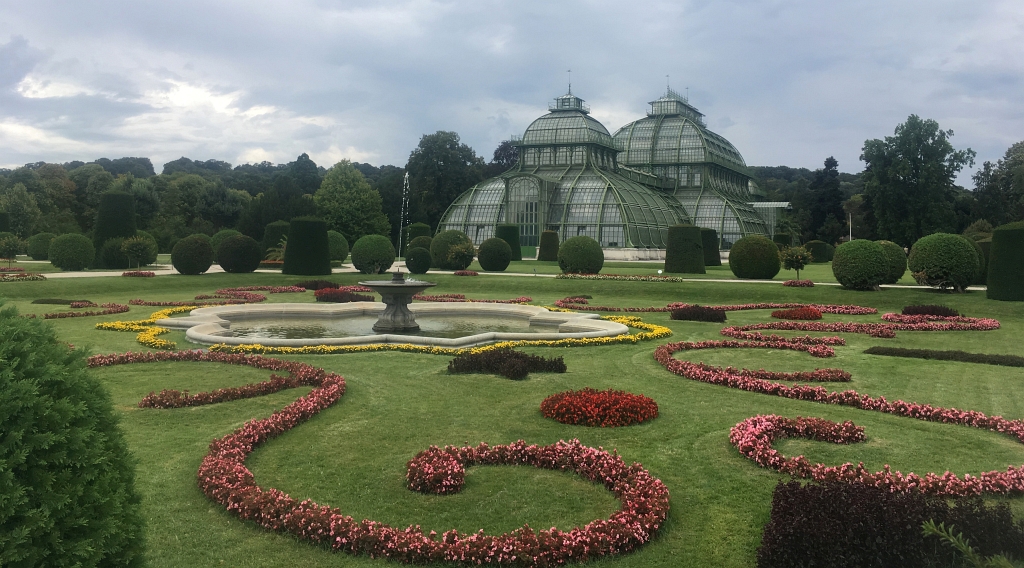 If you don’t go anywhere else in Vienna, make sure you visit Tiergarten Schönbrunn (Vienna’s Zoo). It is one of the best zoos I have ever been to. Located close to the Schönbrunn Palace, the Zoo is the oldest in the world and a UNESCO World Heritage Site. Here, there are over 700 species of animals to see, some of them are in the historic complexes, the ‘menagerie’. 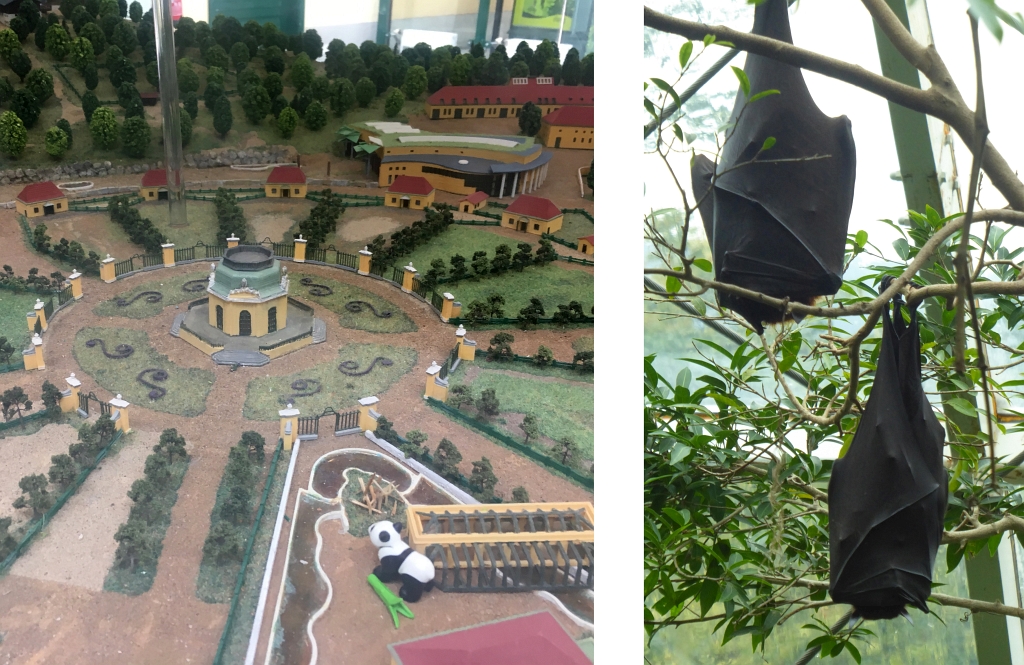 We spent hours at the zoo, journeying through every continent in the fascinating world of animals. Not only do they have lions and tigers there, we got to see actual polar bears.

They were amazing to watch, especially as when we were there, the two polar bears were play fighting in the water, right by the glass. It was fantastic to watch how strong, big and powerful polar bears actually are; I was in awe of them.

The zoo also houses giant pandas; another animal I had never seen in real life. Just like the polar bears, the pandas were really active when we were watching too, wandering around and climbing the tress within their enclosure. They are so beautiful to see and just so cute too. 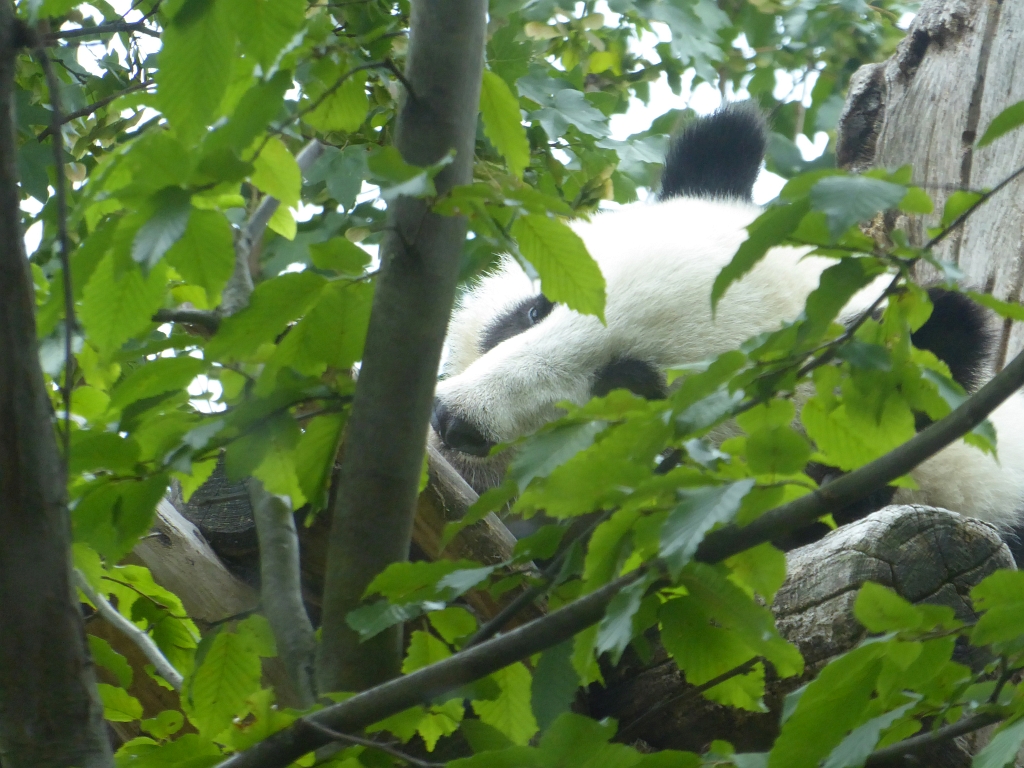 The zoo has lots of areas to check out, including an aquarium house, arctic area and rainforest house too. We had some lunch and a beer at one of the restaurants there, before continuing to explore to huge zoo. 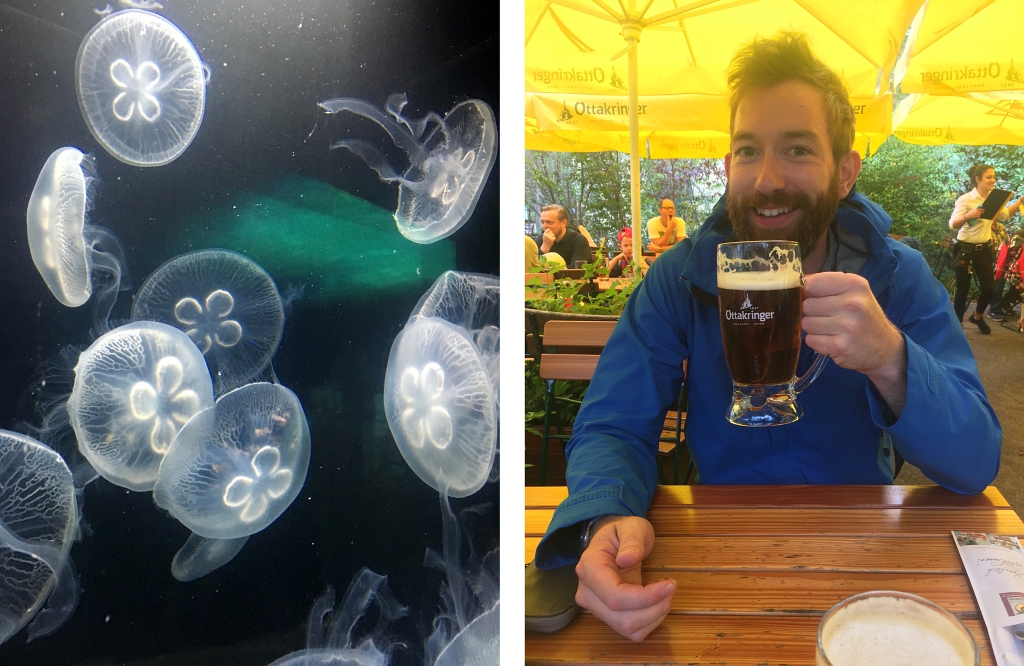 Like most zoos I have been too, Schönbrunn Zoo has lots of big cats. At feeding time, these enclosures get packed by visitors, so we avoided them, managing to get the best pictures when the area was quiet. The cheetahs, lions and tigers were just gorgeous and spectacular to watch.

From the biggest land animals to the tiniest insects, we found so many species to see. Although the zoo gave us a fascinating insight into the lives of so many species, some of which are currently endangered, it was great to find out that the zoo works hard on conservation and protecting the animals there. 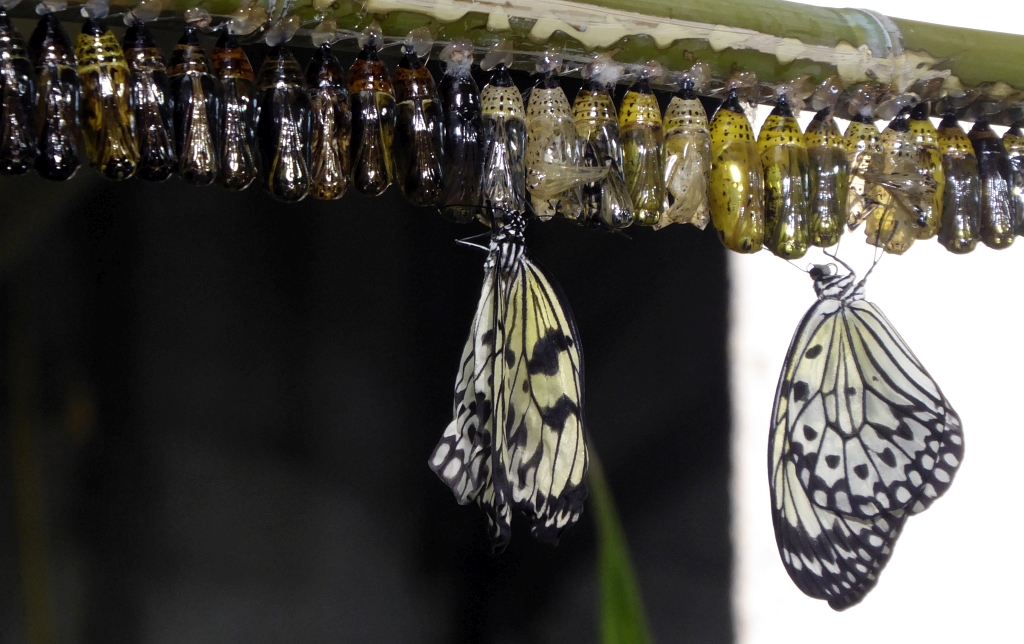 The best part of the day, aside from the polar bears, had to be seeing the otters. The male and female came running out, rolling on the floor like little dogs, followed by 3 of the cutest babies ever. It was a truly magical moment, seeing this otter family playing together and enjoying their surroundings.