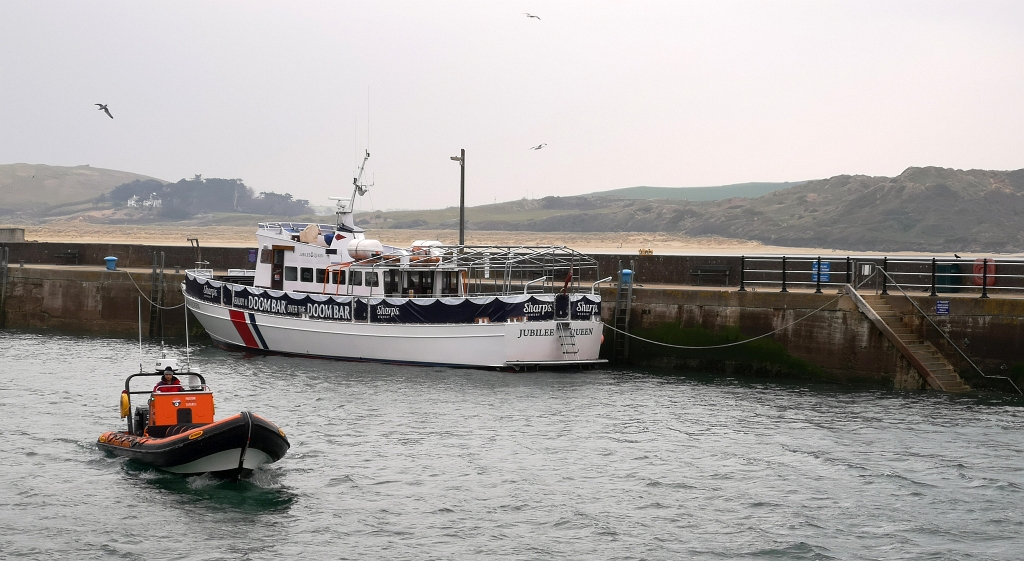 A few months ago, I was very generously given a Red Letter Day. I really like these as gifts as I think experiences make great presents as they are really memorable. Red Letter Days also come in a nice big, red envelope and are actually nice presents to physically give and to receive; I’ve often found this aspect a little disappointing with gift cards and other vouchers. 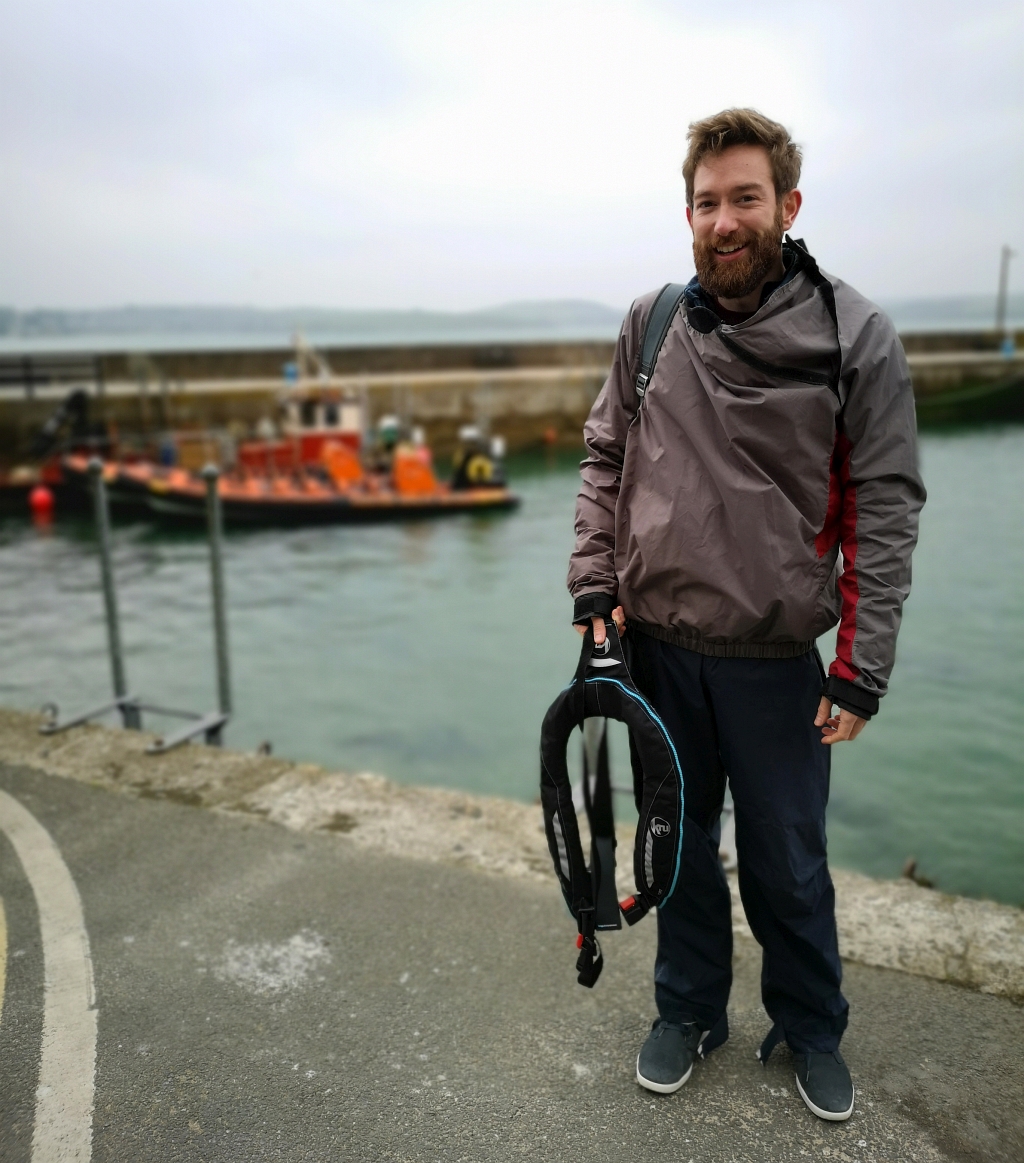 The Red Letter Day which I had been given was the Sealife Safari RIB Boat Trip for Two in Padstow, Cornwall. I thought this was a really exciting experience to go on and it was really great that I could share the trip with someone else. Booking the excursion was easy: I was able to contact the Sealife Safari company directly, give them a code from my Red Letter Day pack and Bob’s your uncle – we were booked on. 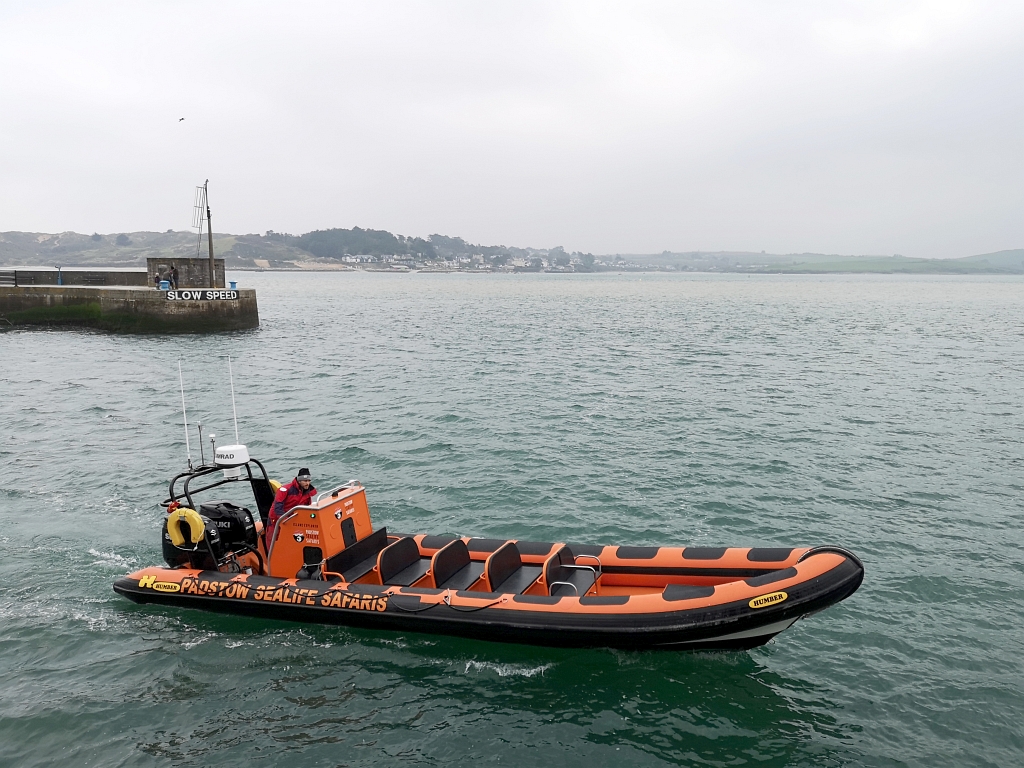 What I didn’t need but thought was really nice is that if the recipient of the Red Letter Day isn’t as keen on the activity which they have been bought, they have the option to easily exchange it for one of similar value (with the possibility to top up with more money if they want). This is really easy to do from an area on the Red Letter Day website and takes the pressure off choosing the perfect package first time. 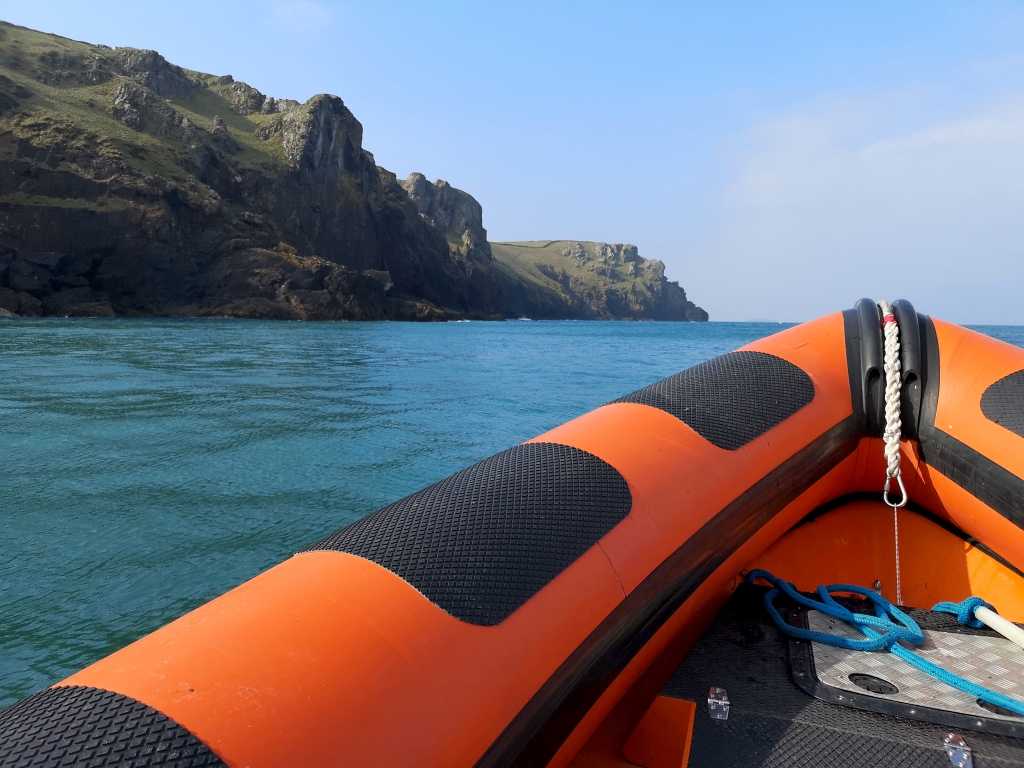 Swapping my Red Letter Day was never something I wanted to do and I was dead stoked about getting out on the water and hopefully spotting some wild life. We had been sent an email with comprehensive information about what the trip would entail and what we would need. As the RIB (Rigid Inflatable Boat) that we would be going out on would be going at speed and far out to sea we needed lots of layers of warm and waterproof clothing. When we arrived we were then offered use of their waterproof trousers and jackets, we accepted these as they looked like they were definitely man enough for the job! 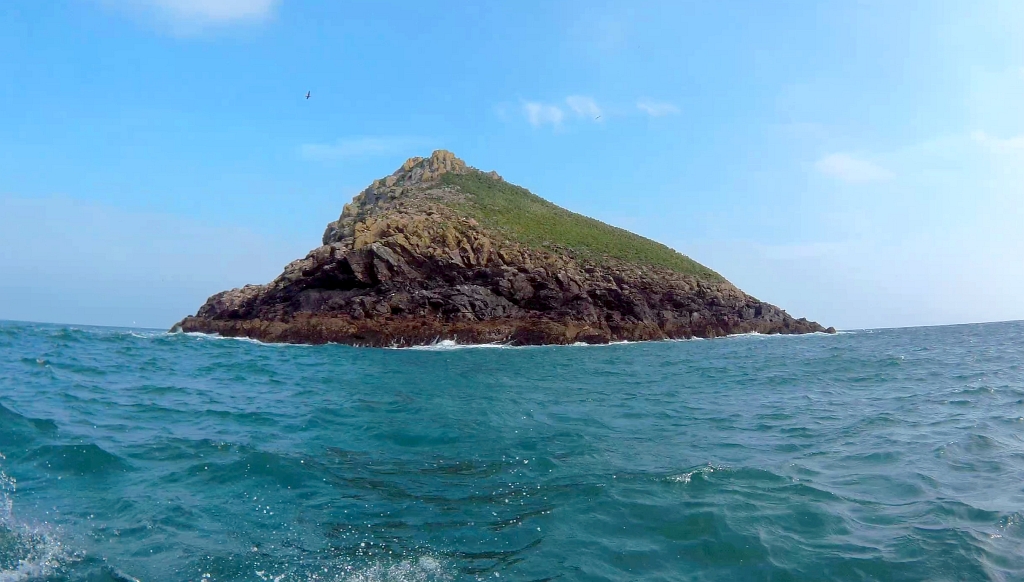 We boarded a 10 person RIB which was powered by two very meaty 250 horse power outboard motors. We were seated in pairs on comfy padded seats which was really good as we would be on this boat for the next two hours. We had a driver on-board and a wildlife guide who started by talking us through the plan for the morning and some safety advice. 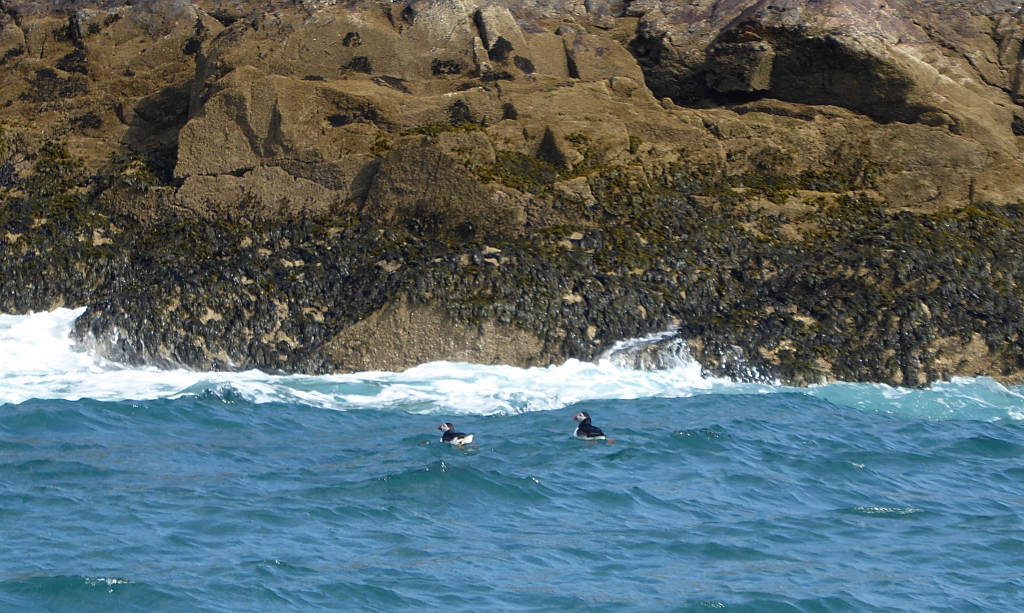 After a slow (there are rules) exit from Padstow harbour and journey out of the Camel Estuary the driver was finally able to put his foot down! The boat accelerated very quickly and very quickly we were going very fast! There was a fairy strong wind and the sea was quite choppy which made these speedy parts of the boat trip really fun as the boat bounced up and over lots of the waves and we felt like we were getting some serious air. We were heading for a spot to spy seals. Unfortunately however after about 10 minutes of bobbing around we were unable to spot any. As our wild life guide had explained, “As the sea isn’t a zoo – they can’t guarantee being able to spot anything!” 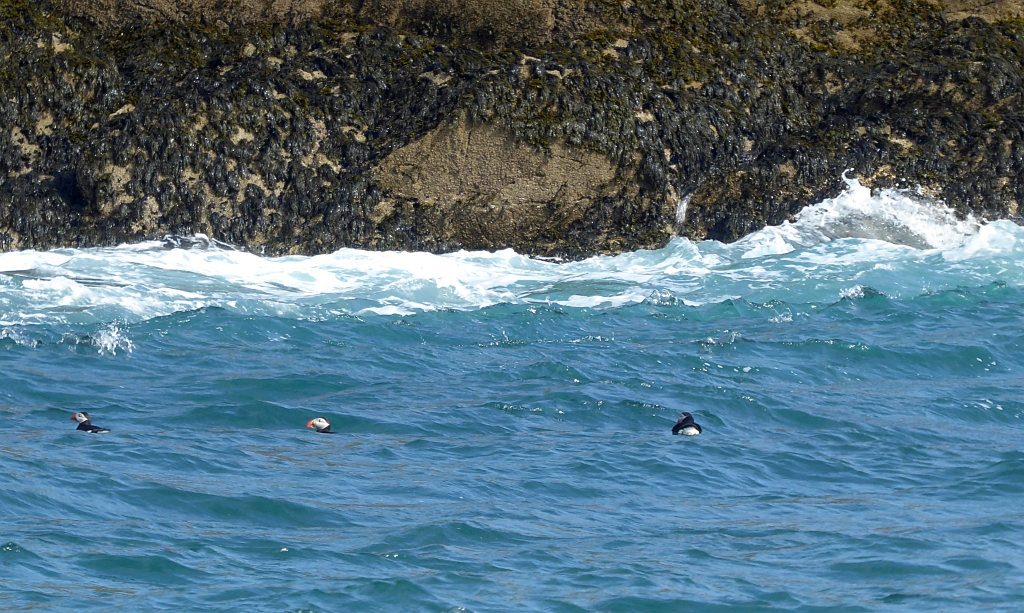 Our boat jetted off again to a tiny island in the distance called “Puffin Island”. Our guide had told us how that because puffins dig their nests down underground, they can often be hard to spot on land. Would we be able to see any?

As our driver slowly crept, circling around the island, we spotted three gorgeous little puffins bobbing about in the water just off the island. I’d never seen a puffin before and was so excited to have seen them. The whole trip was instantly a huge success! 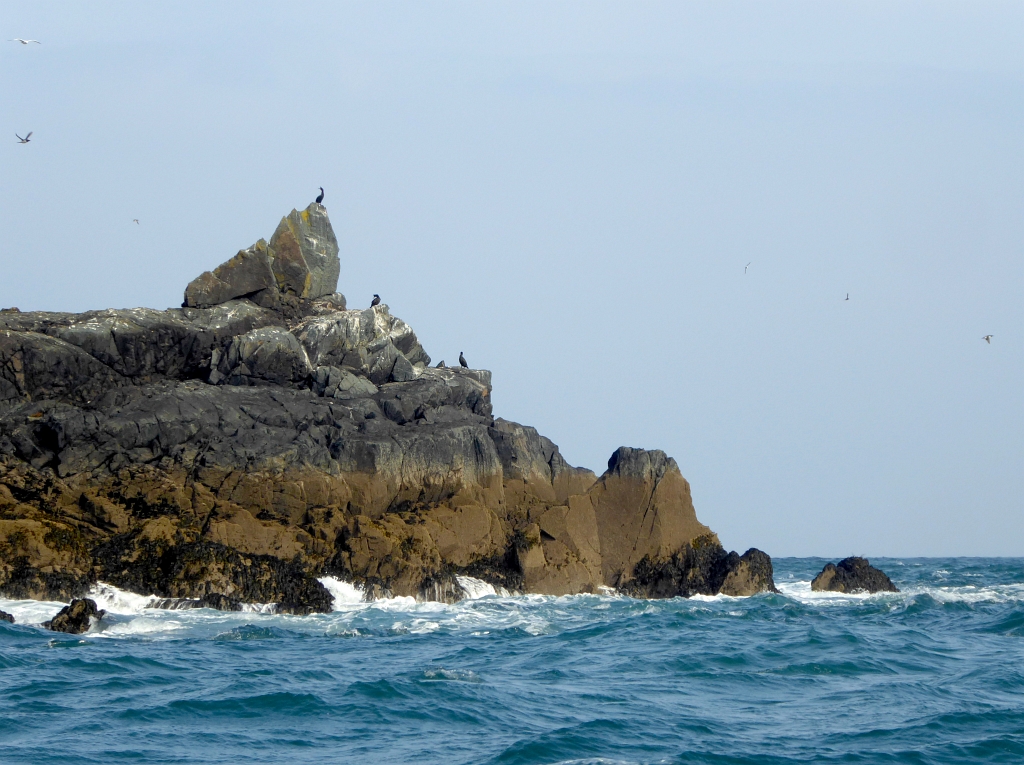 As we continued around the island, puffins weren’t the only bird we saw. We also spotted lots of shags and cormorants – either fishing in the water or drying their wings on the rocks of the island. I was really excited to see razorbills and guillemots and learn the easy ways to spot the difference (Razorbills are a more black colour whereas guillemots are more brownish. Another giveaway is that razorbills have longer tails whereas the tail of a guillemot is more stumpy!) 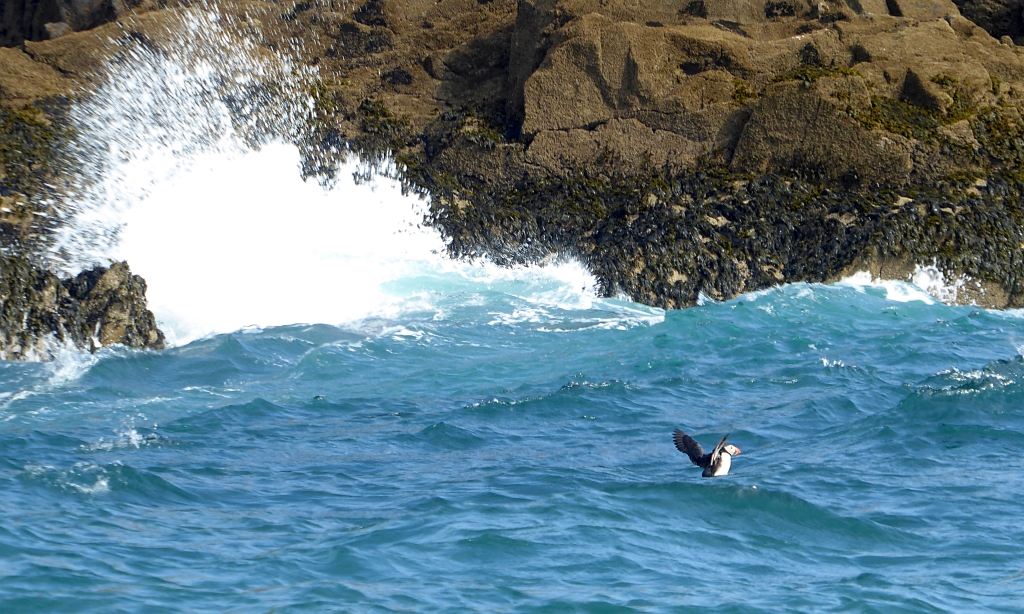 We then headed out far away from the land on the hunt for dolphins, unfortunatly on this occasion we were unable to find any. This didn’t bother me though as I was already overjoyed about spotting all the birds and learning about them. To top off the whole morning, on the large and very fast, loop out to sea we even saw Manx Shearwater which are much harder to spot and less common than lots of the other birds we had seen. This was really exciting and it was an amazing way to see them, as they twisted and turned above the sea as we sped along side them in our RIB. After this, we headed off to another island where we managed to spot some seals before cruising along the coast to a place called “Seal Caves” where we heard seals singing from the dark depths of an ocean cave.

I had an amazing morning using my Red Letter Day and loved the Sealife Safari RIB Boat Trip for Two in Padstow. I think that Red Letter Days are a great idea when it comes to presents. It really was an unforgettable experience that I wont be forgetting in a hurry – isn’t that what everyone wants to hear when they give a gift! 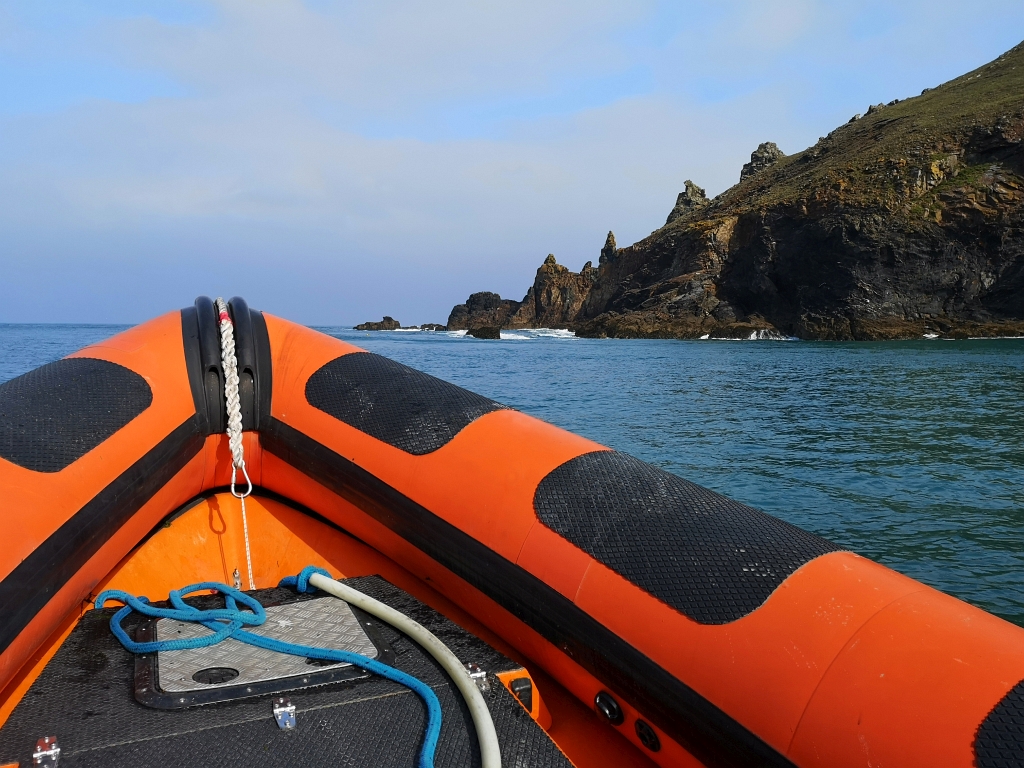