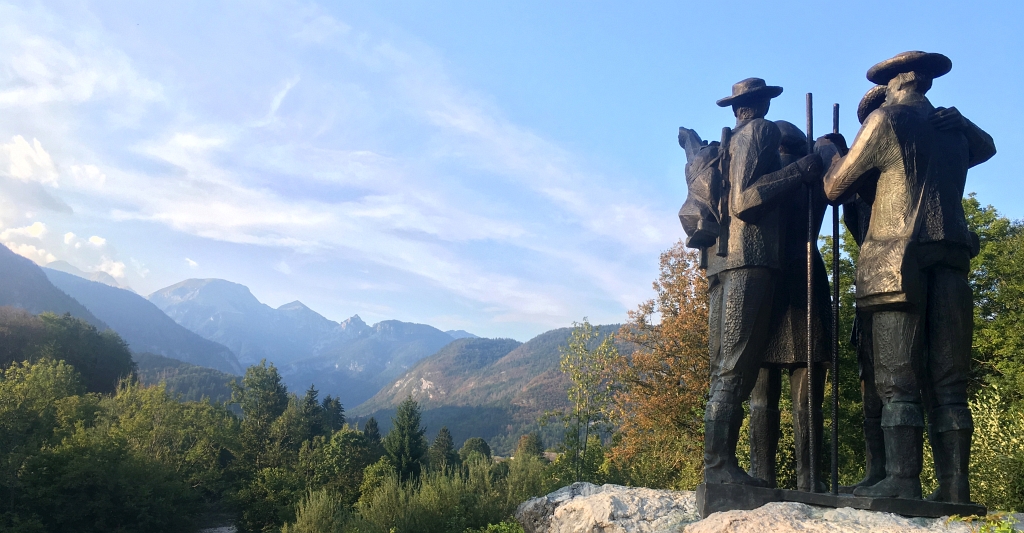 Mount Triglav with a height of 2,863 metres (or 9,395 ft) is the highest mountain in Slovenia and in fact the highest in all of the Julian Alps. It is so famous in Slovenia that it even features on the countries flag! Milan Kučan, a former Slovene president, once said that every Slovenian person to climb Triglav at least once in their life. We were staying in Lake Bohinj and there was even a monument there for the first four courageous men that climbed the mountain! 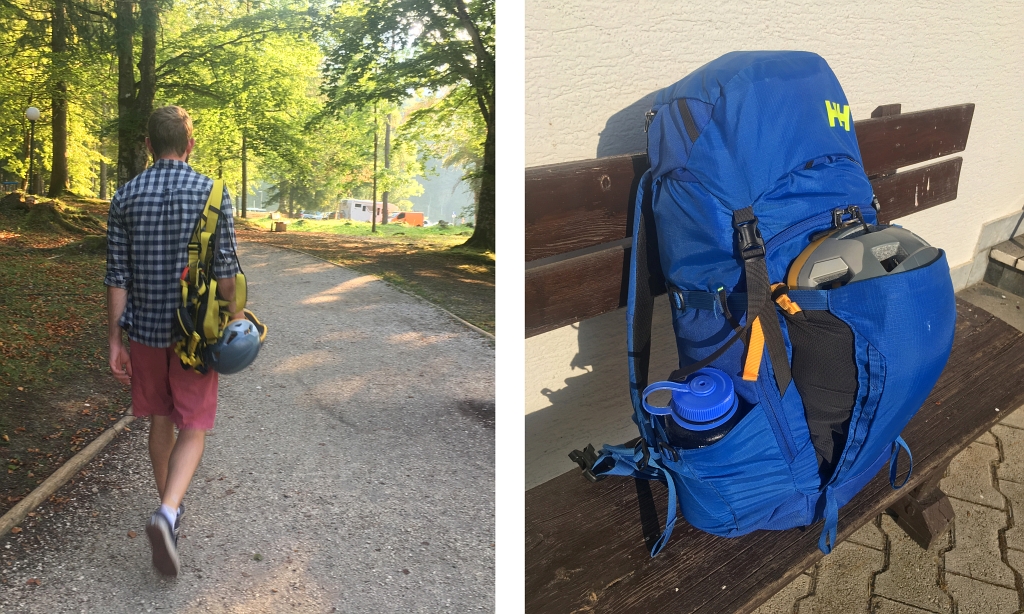 Mount Triglav is a step up from our heighest ascent Rysy, the highest peak in Slovakia which sits at a magestic 2,503m. Another step up with Triglav is that it requires via ferrata. We decided to hire gear and do it ourselves. We reserved two sets of equipment from Pod Skalco a cafe and climbing place on the south side of lake Bohinj. They were really good and let me pick it up in the evening before we set off so we would have it ready first thing in the morning. 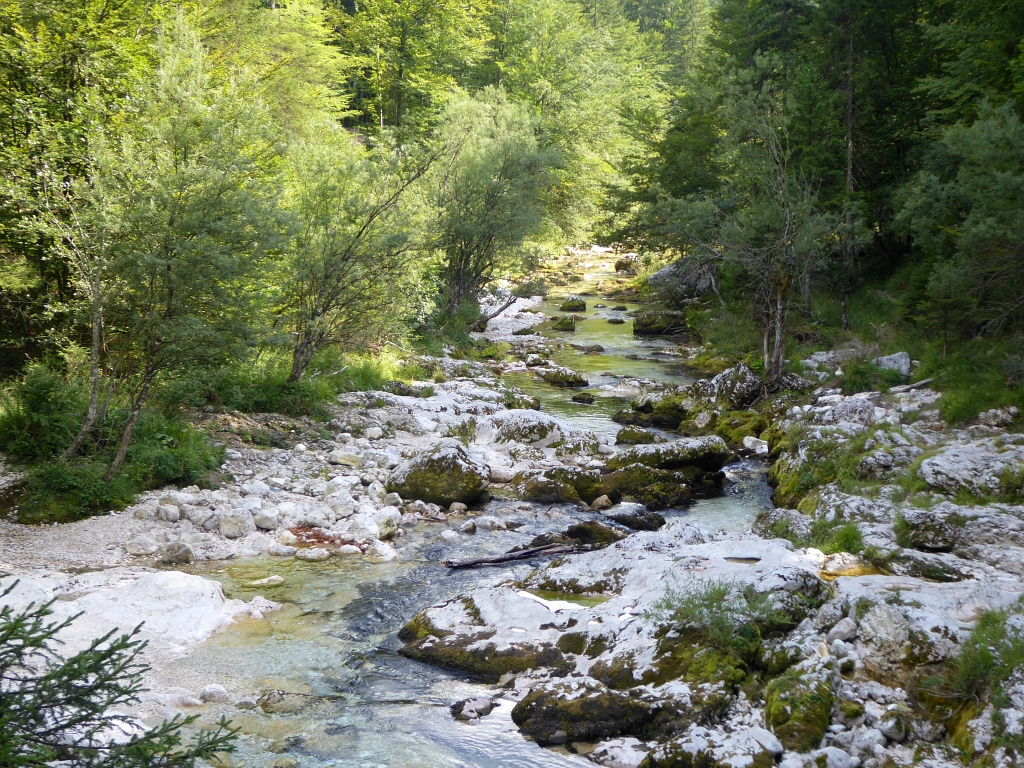 Following the river upstream out of Stara Fuzina, a small village next to Lake Bohinj, was really beautiful. There was a popular short trek along the river to some waterfalls so the path was well trodden. After leaving the woods we entered a plateau that continued straight for quite a while. At the end of plateau you could see a very steep and sheer ascent which we would have to tackle. It looked tiring… 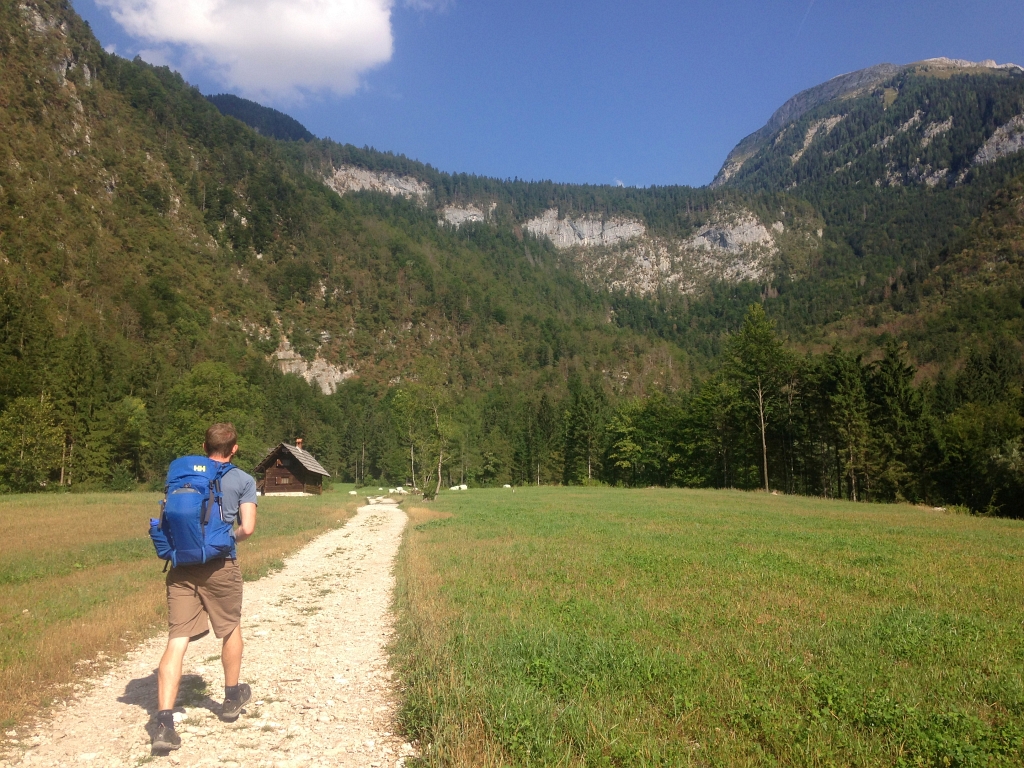 Shortly before getting to the steep mountainside we entered a beautiful meadow. This meadow was chock full of wild flowers and fluttering butterflies. Gorgeous! 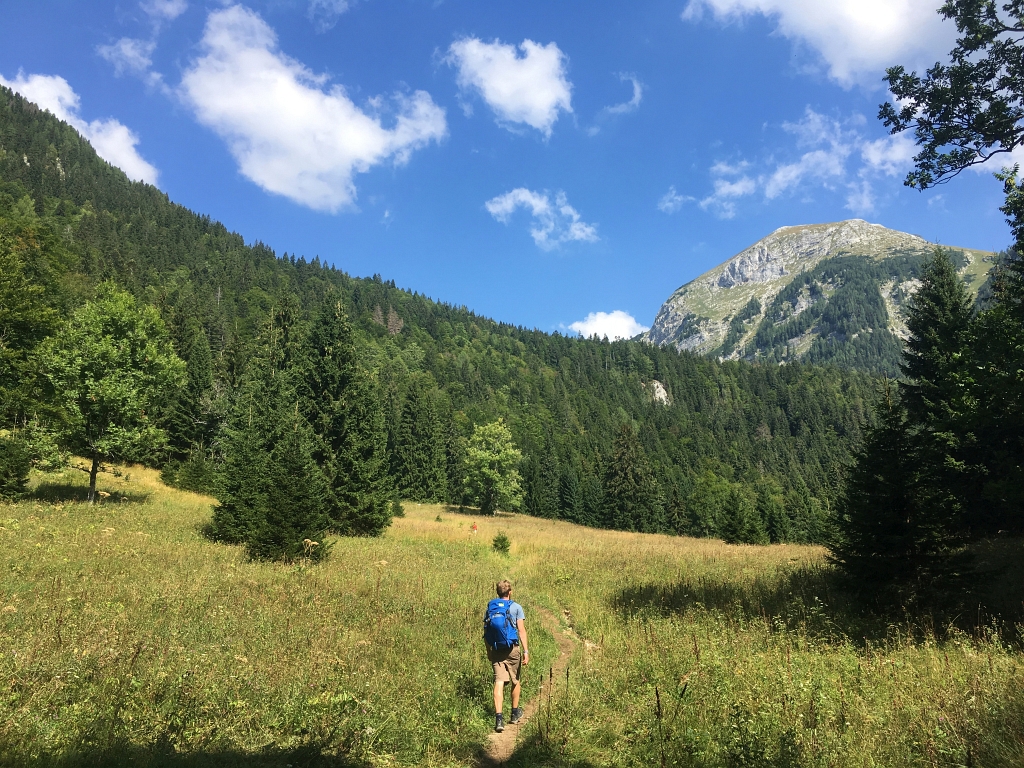