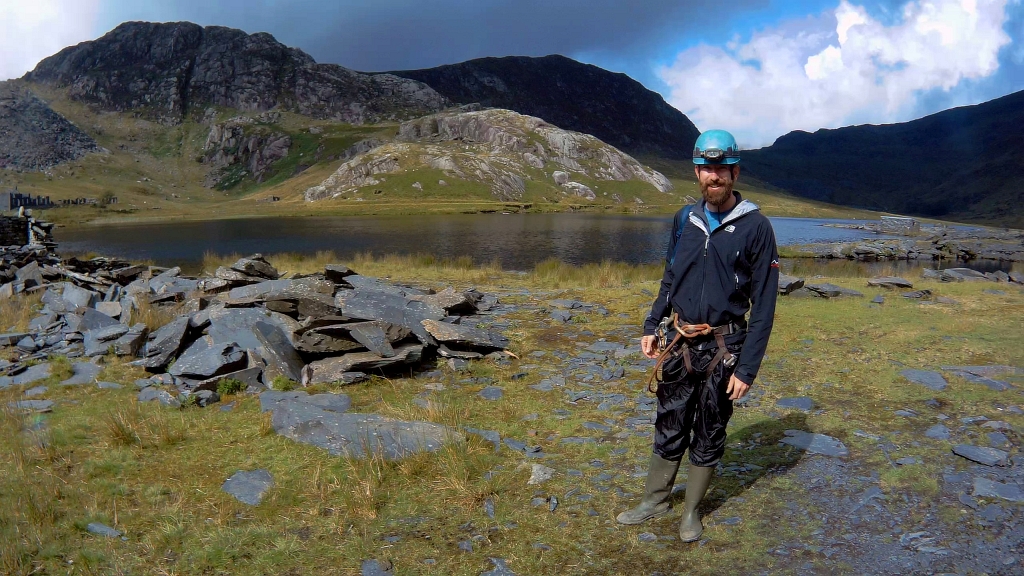 I had a really great time on the Padstow Sealife Safari for two Red Letter Day which I did earlier this year, so when I was given the amazing gift of the Go Below Ultimate Xtreme Underground Adventure for Two Red Letter Day I was absolutely thrilled. Go Below is a company that run various trips exploring the Victorian Slate Mines in Snowdonia North Wales. They run three different trips and the Ultimate Xtreme Underground Adventure is the longest and hardest. 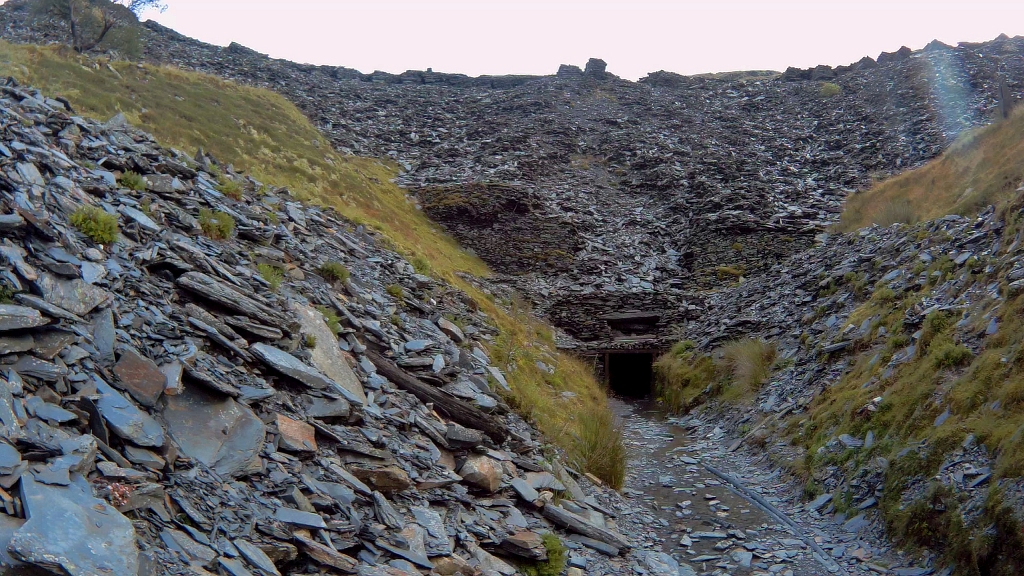 The day started with us all meeting at one of their bases and making our way up to an old mine cottage. Along the way, our two guides started to teach us all about Victorian slate mining and the history of the area and the mine which we would be exploring. When we arrived we were kitted up with all the correct gear: harness, helmet, head torch, wellies, via ferrata gear etc. We then headed into the mine… 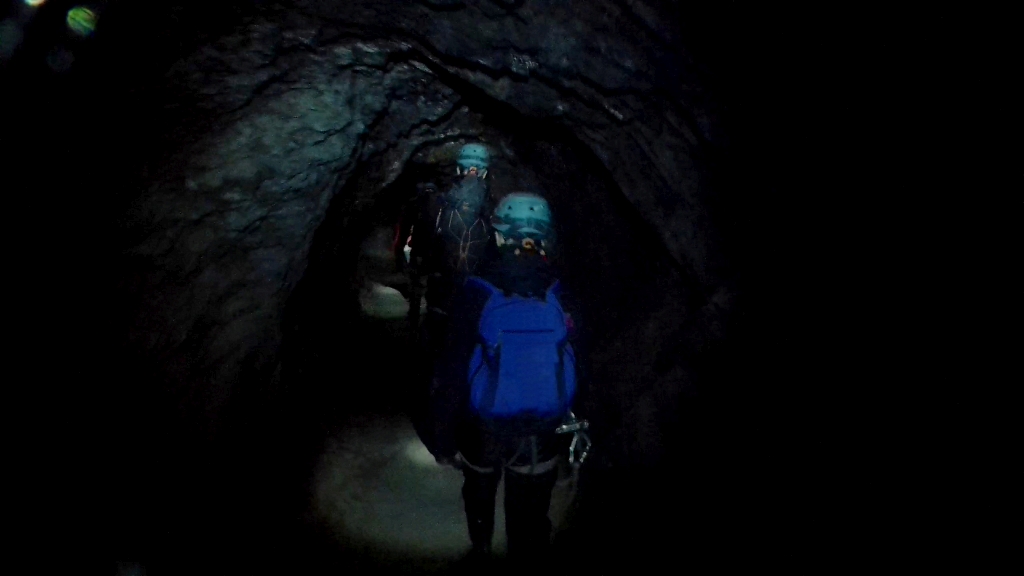 Inside the mine there are literally no lights, the only light that you see during the 7 hour day exploring the mine is from your head torch. It may sound silly and obvious but it is stunningly dark. In the 7 hours you cover 5 kilometres of underground passageways, tunnels and caverns. You go right down into the depths of the mine and end up exceeding 1,300 feet down in some places. This is deepest publicly accessible place in UK. Like I said this day is extreme. 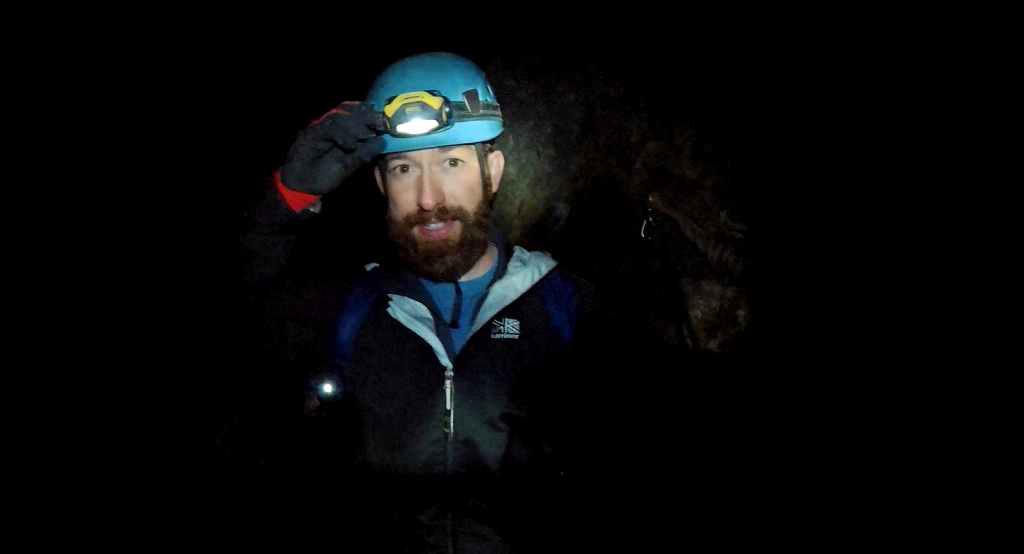 The slate runs at a 45 degree angle, and there are many levels of the mine. On each level there are then numerous huge caverns where the slate has been removed, these are then separated by supporting walls. The plan for the day was to descend several levels and reach the lower area of the mine. Then travel across numerous caverns to the far reaches of the mine, before climbing back up to surface level. The day started as it meant to go on – challenging. I’ve done a fair amount of climbing, scrambling and via-ferrata and wasn’t expecting it to be physically or technically that challenging. I thought that most of the thrills would come from the heights, the darkness and the depths. However on the very first couple of sections it was obvious that I was wrong. You really did have to concentrate and move carefully to traverse the sections. 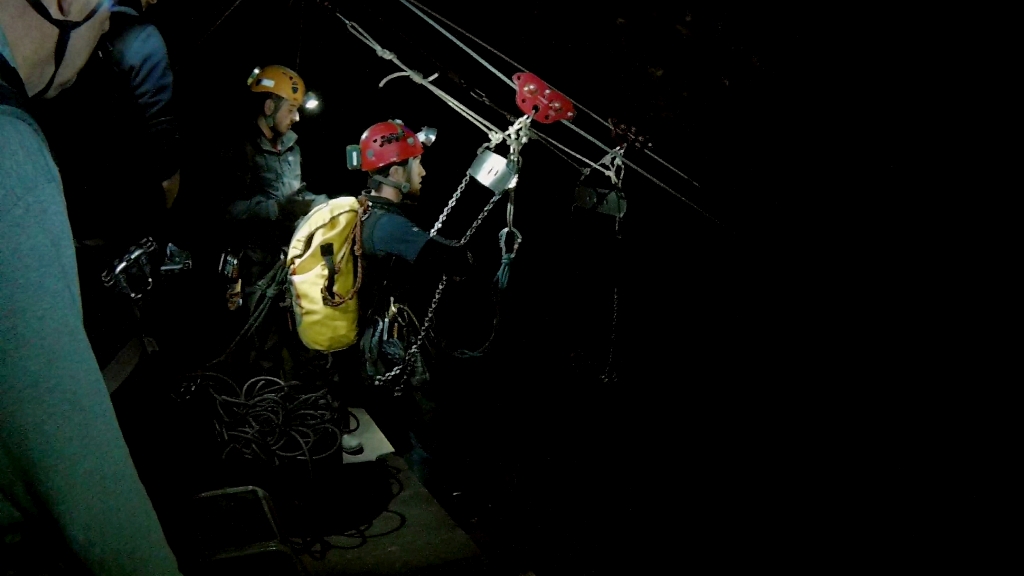 Each of the caverns is approximately 25 metres high, so when you’re moving along the sides of a cavern on the rock, pegs or narrow timbers (some literally dating from the Victorian era) the exposure is really quite noticeable. The darkness is also very intense and when you are travelling along sections you could often not see the bottom of the chasm even if you shone your head torch down there. 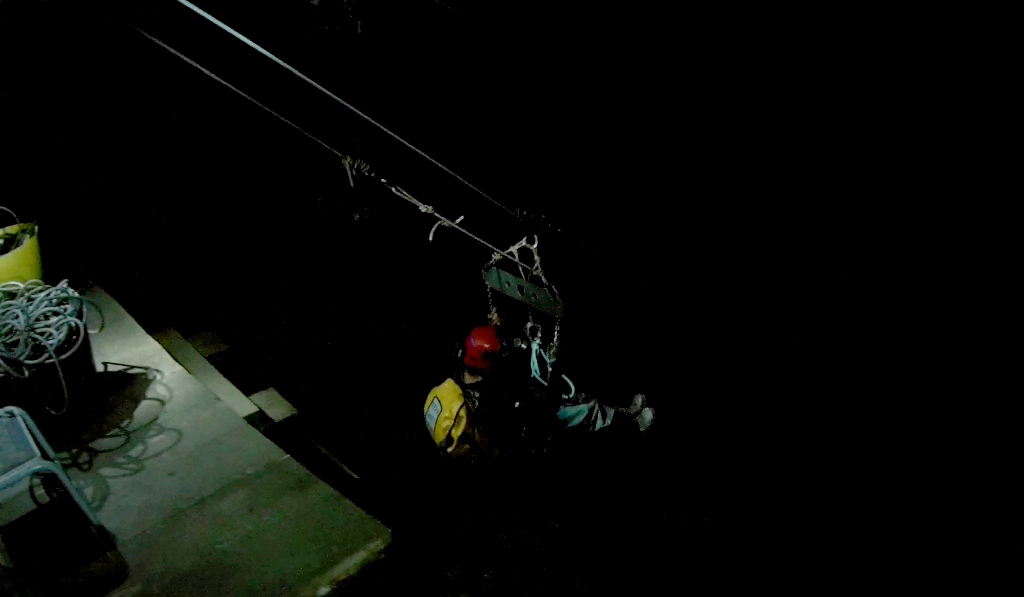 The biggest cavern we travelled through on our way to the bottom of the mine held the The Goliath Zip Ride . It’s the world’s longest underground zipline at 130m and was incredible. The top of the zipline is 40 metres above the chasm floor below. I’ve done some larger ziplines like the Sky Wire at the Eden Project and the Zip at Adrenaline Quarry – The Goliath is better. The thrill of leaving a platform on a zipline and heading down into total darkness is insane. I loved it. 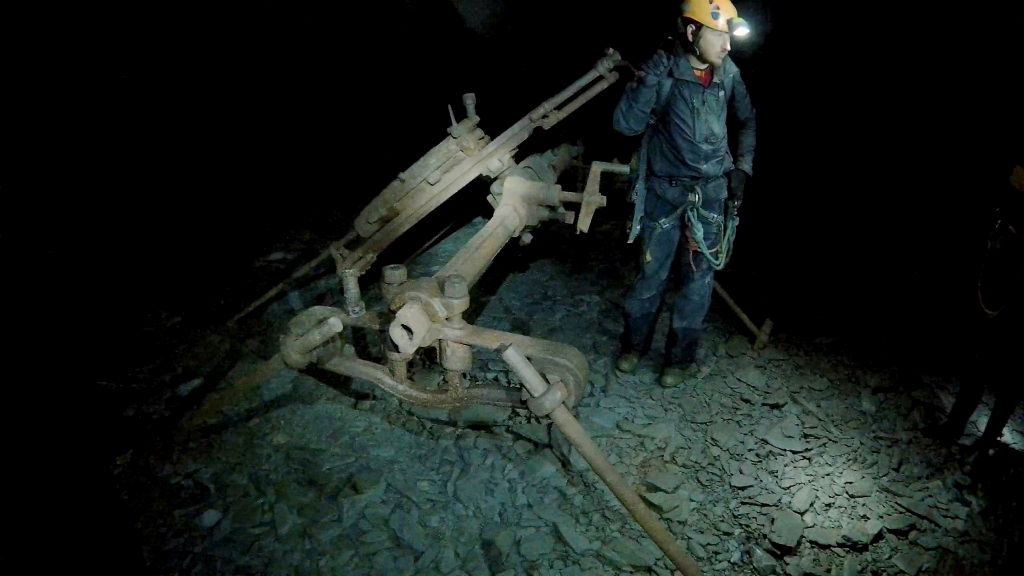 We arrived at the lower section of the mine in really good time and our guides (we had two excellent guides for the eight of us participants) told us that we had extra time to go and explore some of the history of the mine and see some relics discovered in the mine. We were shown a rare slate drill that would have been bolted to the rock and used to ‘stitch drill’ huge sections of rock. 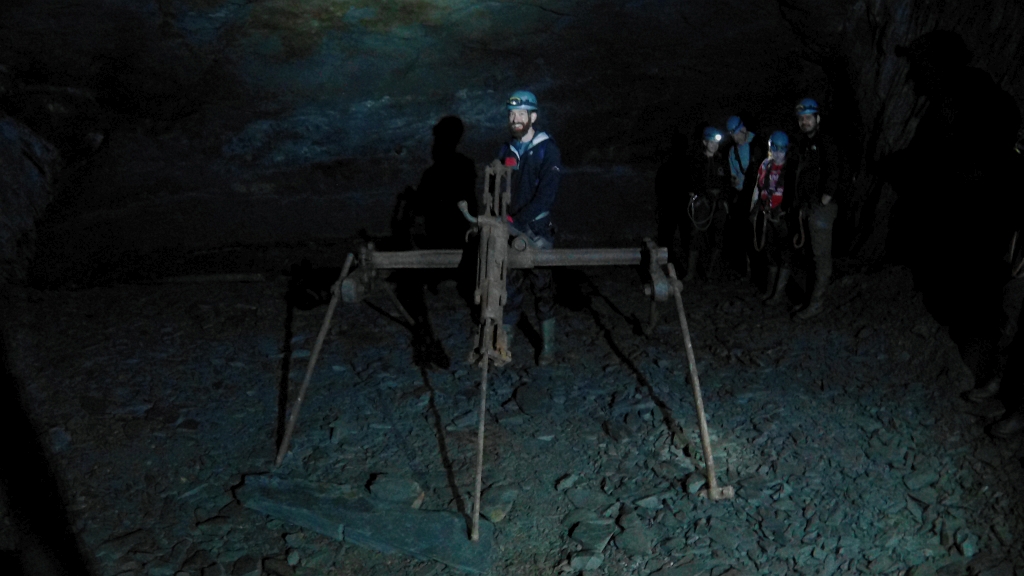 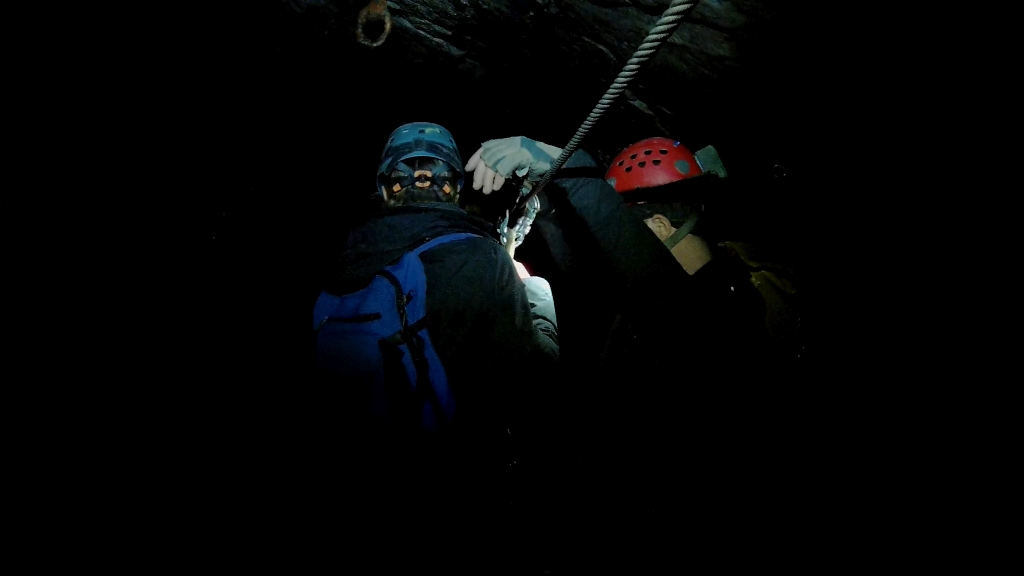 My favourite method was the zip line though. On each of our harnesses we had the standard two carabiner via-feratta kit and an additional zip trolley. You would clip onto the cable and starting in the tunnel, take a run up, jump over the edge, zip across the cavern (the bottom of the floor too deep and dark to be visible) and land running in the tunnel on the other side of the cavern. If you want to feel like an action hero – this is it. 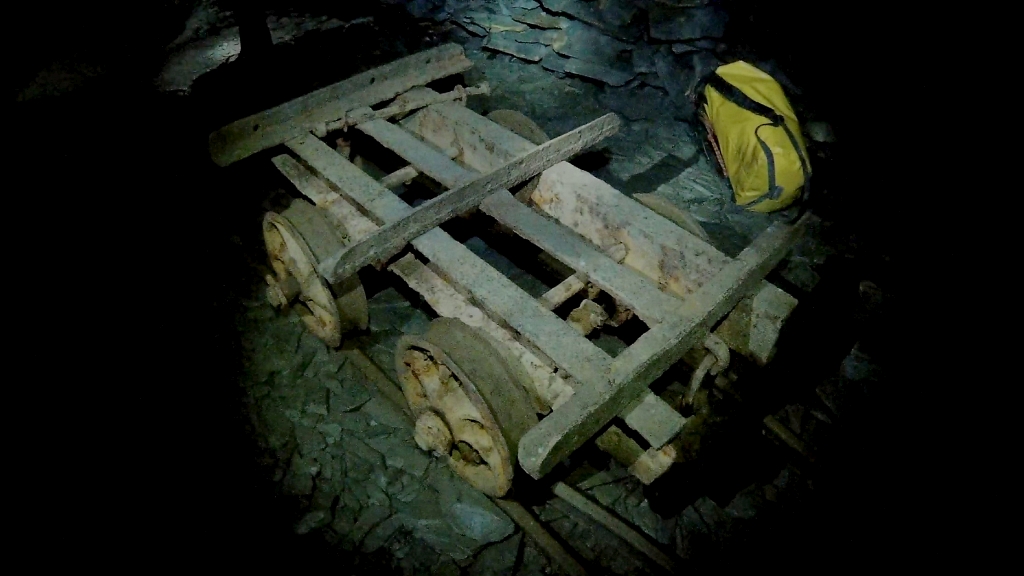 We came across even more historical artefacts, like carts that would carry two ton blocks of slate and be pushed by just two children due to the ingenious incline the Welsh miners built the tracks on. An assortment of other items brought the history to life: hobnail boots, hats, candle sticks, mugs, hand drills and oil cans to name just a few. We then found and entered the miners ‘Caban’ (lunch house) that over the years had been decorated with everything from ancient newspaper clippings to drawings and posters from the Second World War. This gave you a real insight into the daily life and hardship of a slate miner. 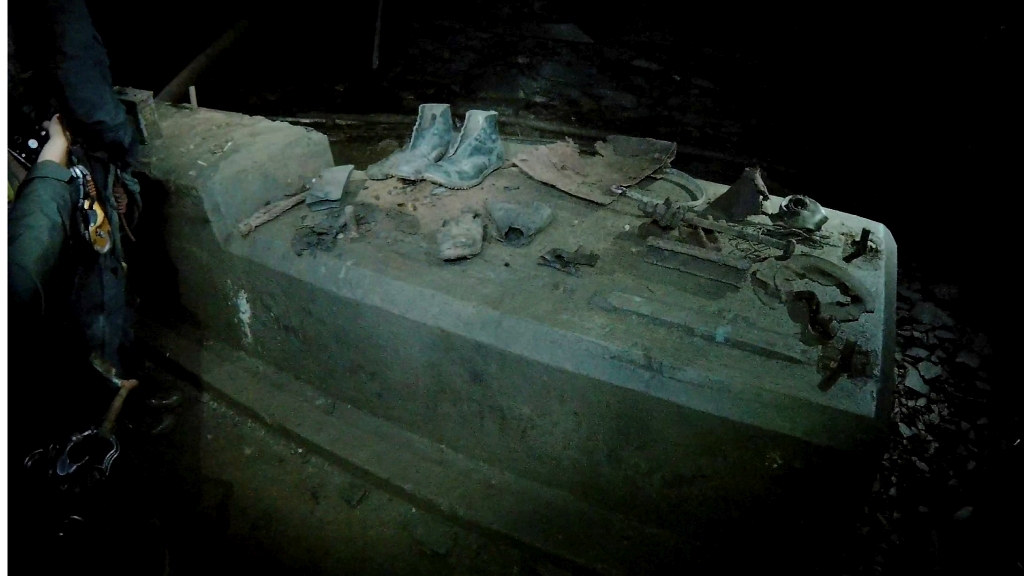 After hours and hours underground we eventually emerged from the darkness back on ground level. The Go Below Ultimate Xtreme Underground Adventure for Two Red Letter Day was literally one of the best days of adventuring I’ve ever had. It surpassed everything I had imagined it could be. I couldn’t believe how deep we went into the mine, how exciting and challenging all of the sections were. Our two guides (Simon and Sam) were incredible and were great at taking you through each challenge as well as being funny and very knowledgeable.

The star of the day had to be the mines themselves, I totally hadn’t thought about it before hand but we both came away from the day with a huge appreciation for the talent and bravery of Victorian Slate miners. The adventure did a brilliant job of not only being thrilling, scary and exhilarating but also giving you the history so you can really appreciate the hardship that the miners went through every single day. I thoroughly recommend this Red Letter Day to anyone who loves an adventure and if you want a less intense adventure than Go Below and Red Letter Days offer several different packages. If you want to see footage of the different challenges then scroll down to the bottom of this page where I’ve popped one of Go Below’s videos. 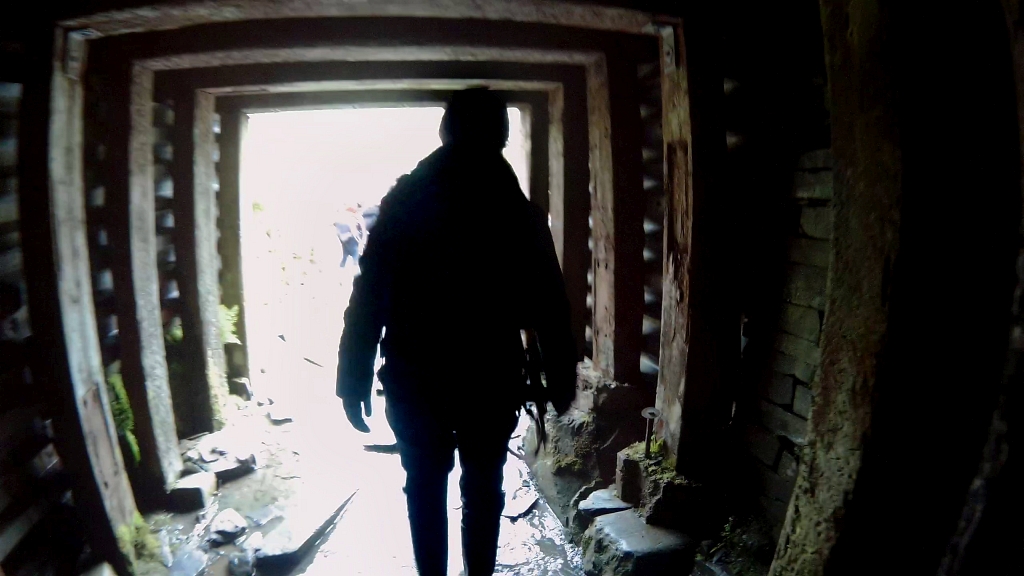 With so much adventure, rough terrain, water, mud and muck I didn’t want to take my good camera down into the mine, so all of my pictures come from my GoPro. Go Below have taken some much better photos with what looks a massive light and a proper camera. These photos are way brighter than the day was in real life but they do allow you to see the sort of scale of the caverns and what the adventure entails. 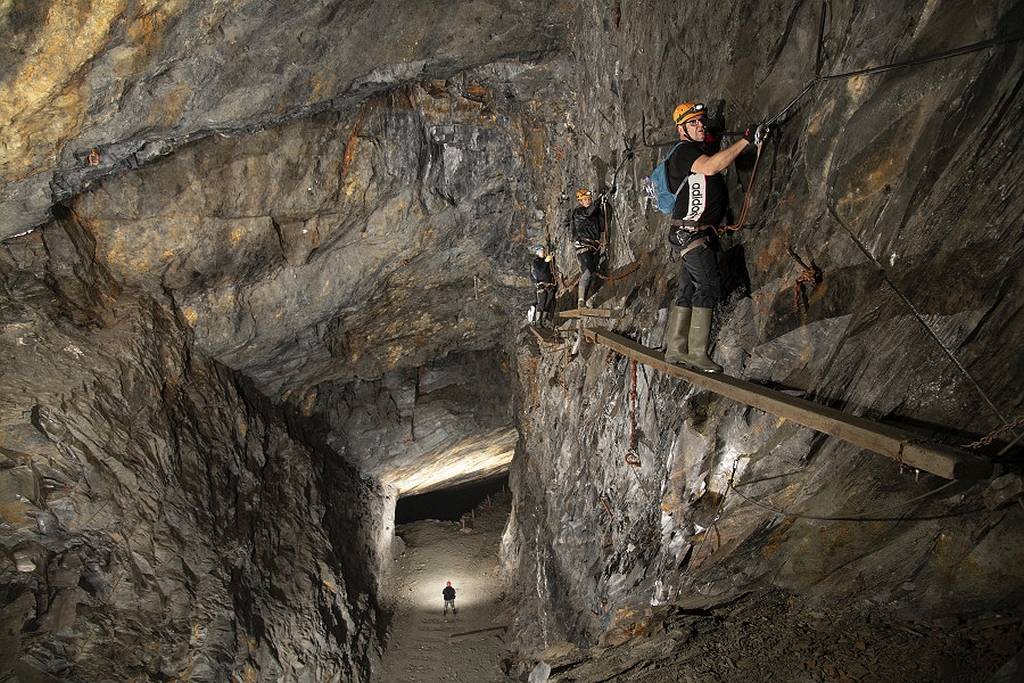 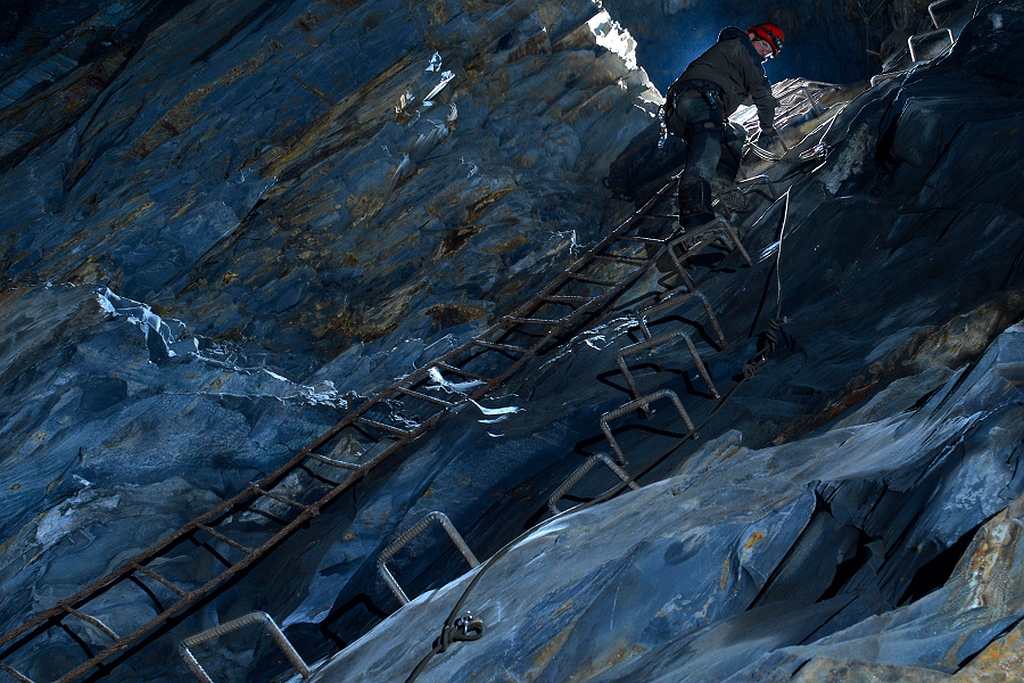 The photo below is about half way along the Goliath Zipline) 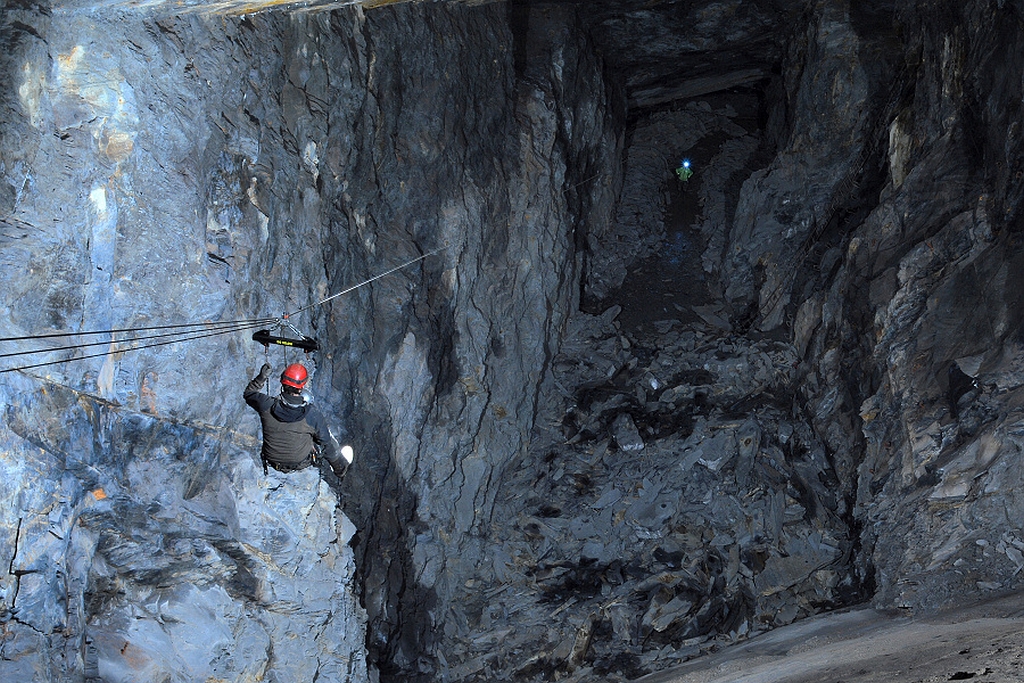 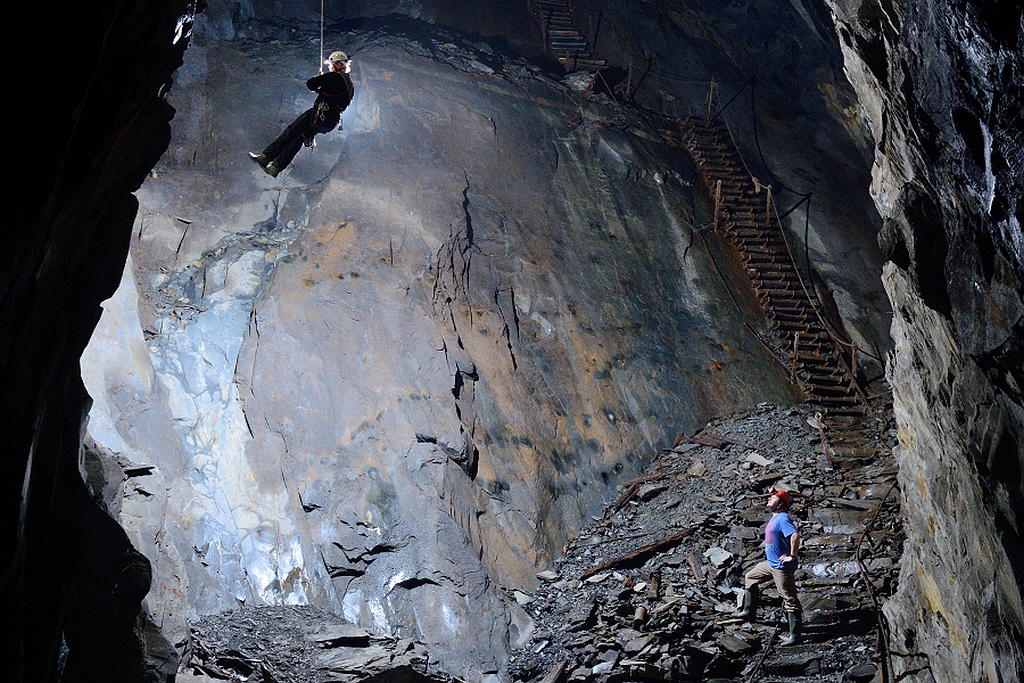