I’ve just returned from an awesome mini camping trip to Padstow in my VW T4. I don’t want my van to be a full on conversion as I use it for carrying all kinds of stuff and don’t want to waste the space with sinks and fridges. What’s great about my T4 is that you can easily remove the rear seats and then have the entire rear of the van empty. The back of the van will then easily fit a double air bed with room to spare.

We got up bright and early and loaded up the van with a whole load of gear. I’ve recently bought two massive bags from Snugpak, the Subdivide and the Roller KitMonster. They are huge and come in at 90 and 120 litres respectively. In order to carry all that weight of stuff inside they are both equipped with wheels and a handle that allow them to instantly transform into a wheelie bag. What makes the subdivide special is that it does exactly what it says on the tin, it divides into two different sections. This is a great feature which allows you to separate your gear I put my clothes in one section and my cooking equipment into the other. 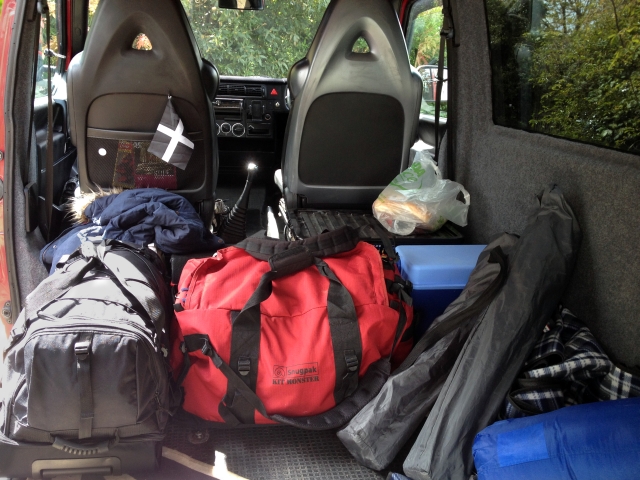 With all the stuff safely stored in the van we headed to the campsite. We were staying at the Dennis Cove Campsite, which is ideally situated; close to the camel trail and just a 10 minute walk away from Padstow itself. It’s a great campsite and I thoroughly recommend it, the pitches were big and tidy, the showers and toilets new and very clean and the owners really welcoming. 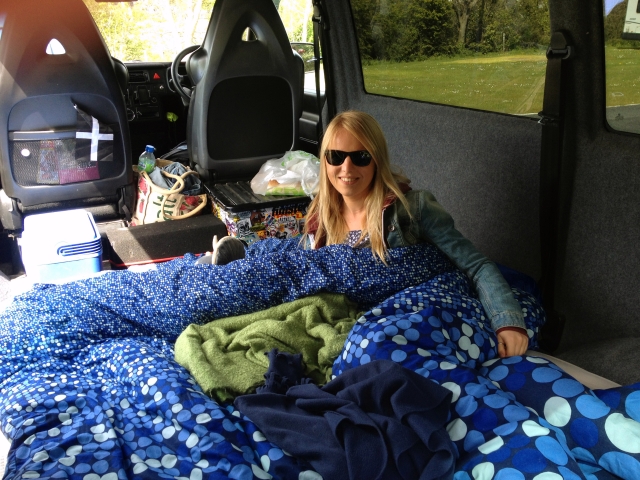 As you can see Sam didn’t take long to make herself at home and get chilled out on the airbed. After setting the van up and getting acquainted with the site we made the short walk into Steinville (aka Padstow). It’s easy to see how Padstow has become a mecca for tourists and locals a like. It’s proper picture post card stuff. We were well out of peak summer season and it was still pretty busy so god knows what it’s like in August! 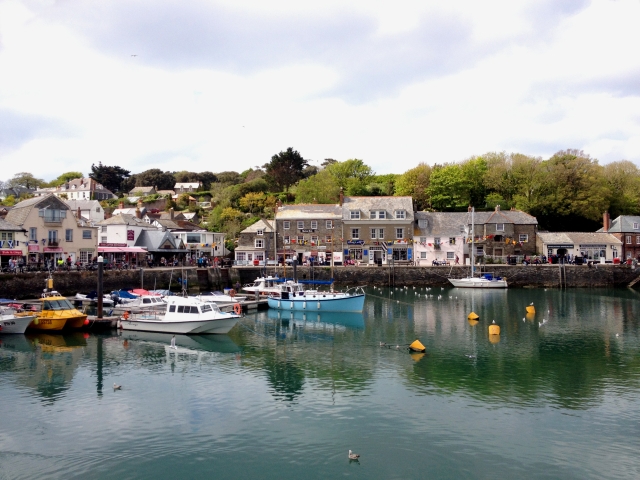 Wandering into the Steintown (aka Padstow) we spotted the Lobster Sanctuary Hatchery. I’d never been before but had been tantalized for years by the leaflets you often see in supermarkets. I grabbed the opportunity to gaze at baby Lobsters with both hands (or should that be claws?) As you might imagine the Lobster Hatchery isn’t massive and it’s not going to take long to walk around it, but it’s cheap and a good cause and is still well worth the entrance fee. Inside you get to see Lobsters of all shapes, sizes and ages, as well as some other animals like the awesome cuttlefish below! Have a sneak peak… 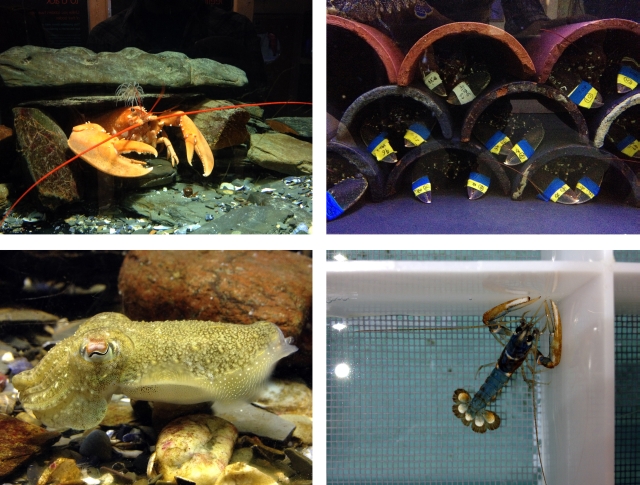 A trip to the Steiniverse (aka Padstow) wouldn’t be complete without some of the great man’s establishments. We had a lil gander in his Deli and then decided to get some coffee and cake in his cafe. I had a sunken chocolate cake with clotted cream and Sam had toasted banana bread with honey. They both tasted awesome, but at £6 for a pretty average size slice of cake you are paying for it!

Once we had munched our way through all Rick had to offer, we carried on meandering through the streets of Steincity (aka Padstow). There is a good selection of clothes, gift shops, pubs and eateries. We rounded off the outing with a Roskilly’s ice cream on the harbour wall, before making the short walk back to the campsite. 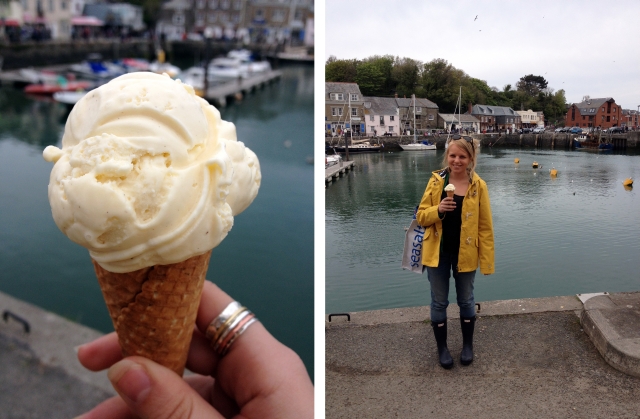 Back at the campsite we relaxed and enjoyed the last couple hours of sunlight in the fresh air. If you check out the photo below you can see how nicely spaced the campsite is and how neat and tidy it all looks. That massive area to the left of my van is all still our pitch. 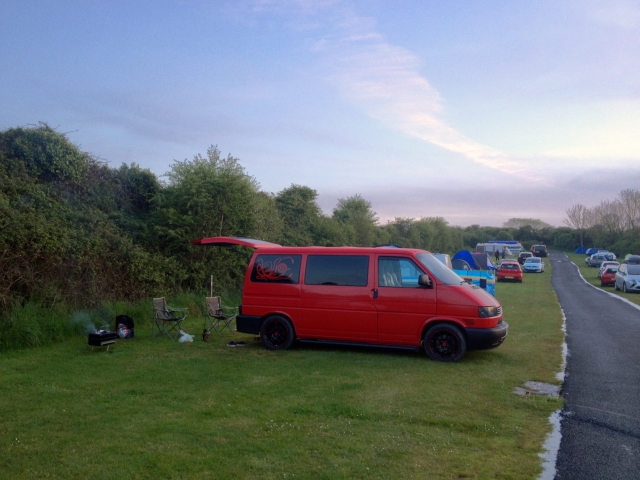 After a couple Ales I fired up my new portable barbeque (I’ll write about in a separate post) and started cooking some epic burgerness! The nights sleep in the van was awesome, even though I’m only mid way through re-carpeting and insulating it, it was still really warm and cosy. We had a great mini trip to Padstow and would recommend you check out everything I’ve mentioned in this post. 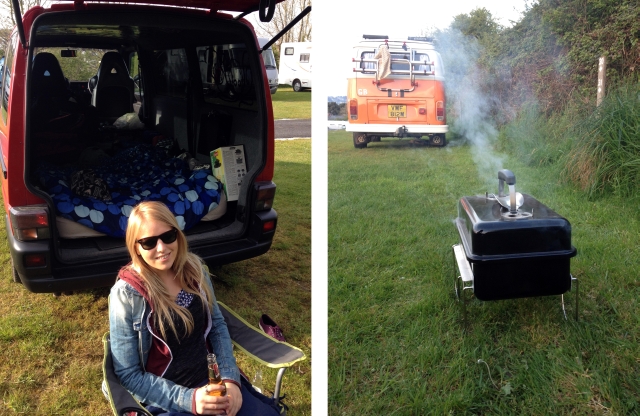