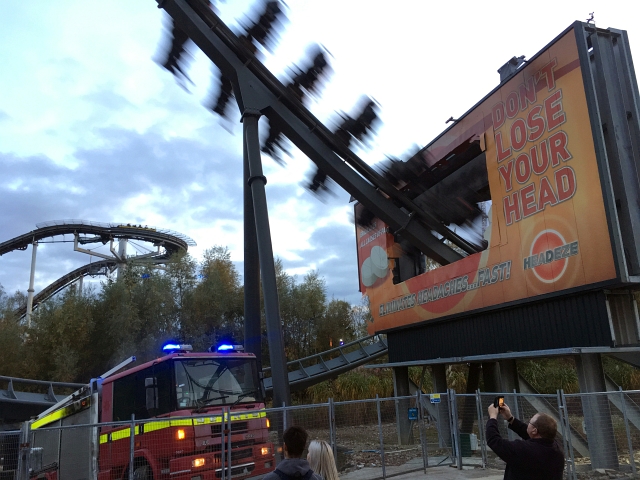 During half term, my girlfriend and I decided to make the most of our time off by going away and enjoying Halloween in style (you may have already read about some of it here)! My girlfriend has a slight obsession with Halloween and was dying to do something exciting, so we chose to go all out and take a trip to Thorpe Park who were running Halloween Horror Nights. This sounded like awesome fun, so off we went.

We arrived an hour before the park opened; being the special Halloween Horror nights, it was absolutely heaving so we had to queue for our tickets. Once inside however, it was absolutely brilliant. Although the wait times for each ride were pretty long, it was so worth it. I had been there before and going on Swarm was just as good as I remembered, superfast and truly exhilarating. It is well themed and has to be my favourite ride in the whole park. 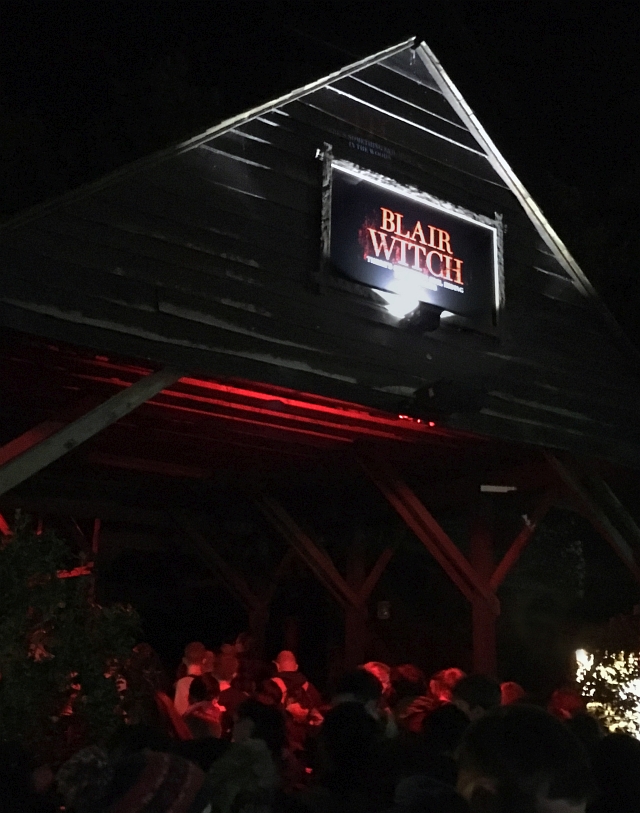 As well as the main roller coasters, we tried out the water rides: Storm Surge and Tidal Wave. Thankfully we had brought some waterproof clothing- it truly was like a tidal wave! Just brilliant! Like having a whole bucket of water poured over you.

The best part of the day was the fact the park was open until 10pm for Halloween, giving loads of time to explore the Halloween mazes that were set up especially for the event. We went around the Saw maze, themed out just like the movie franchise, which was so cool and scary. It had the really creepy doll, and the pig mask from the first film. However, the best maze and my favourite, was Blair Witch. This is basically a walk through the dark woods, whilst people jump out on you from tents and cabins. My girlfriend was absolutely petrified throughout. It was a fantastic end to the awesome day at the park. 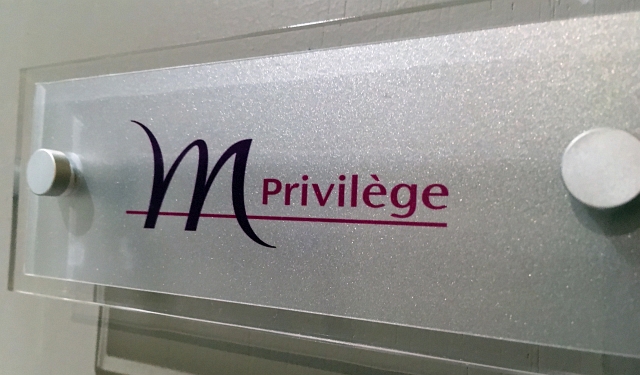 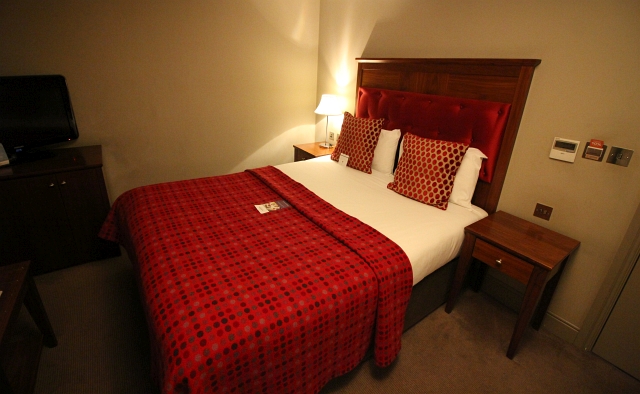 We had booked to stay at the Mercure London Staines upon Thames Hotel, less than ten minutes away from Thorpe Park, perfect as we were getting there very late and didn’t want a long drive. The hotel was very easy to find, google maps on my phone took us straight there. The hotel has its own car park and even thought it was very late and most people must have already checked in, we managed to get a space, unloaded our essentials and headed into the hotel. The gentleman on reception was very friendly, accommodating and gave us the relevant information about where our room was located, times for breakfast and checkout. 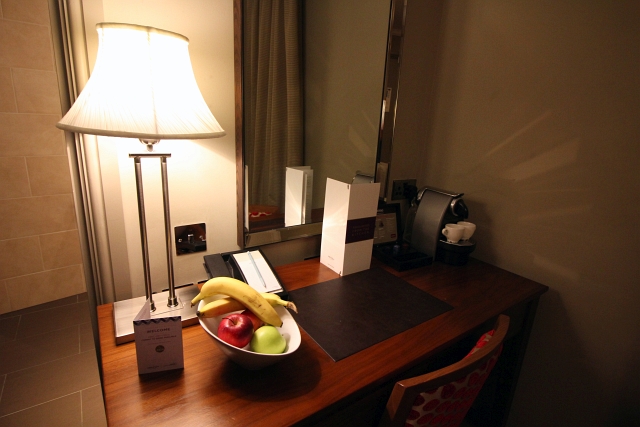 I was very impressed so far with the standard of the foyer so couldn’t wait to get inside our room. We had booked the Privilege Room which is an upgrade on the standard room; it includes an espresso coffee maker, newspaper and lots of useful toiletries, plus the usual tea/coffee making facilities, towels, dressing gown and slippers. The room was gorgeous, decorated well, very cleanly and comfy. There was even a fruit bowl on the side in case either of us got peckish during our stay. We were really dehydrated after a day running around a theme park so the complimentary bottled water in the fridge was a godsend. 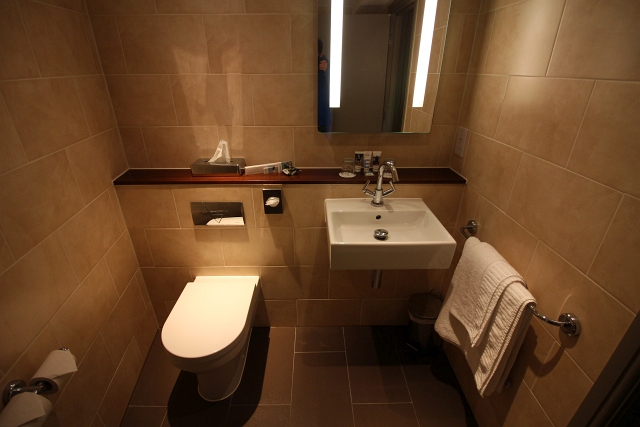 We were so tired after such a long day at the park that we watched a little bit of TV and fell straight to sleep, the beds being extremely comfortable and the room a perfect temperature. In the morning we explored the room further, making the most of the espresso machine, whilst we filled in the crossword in the newspaper, another nice feature of the Privilege Suite. One of my favourite parts about the room was the shower in the bathroom. You have the option to use the normal shower head or turn on the Rainfall showerhead above. This gave such an amazing experience in the morning and helped to wake me up.

What we didn’t realise the night before (as it was dark) was that our room had a fantastic view of the Thames right outside the window. Having patio doors made the room really light and airy during the day, and you can just step outside and there’s the river, with some lovely riverside walks in both directions, right from the hotel. 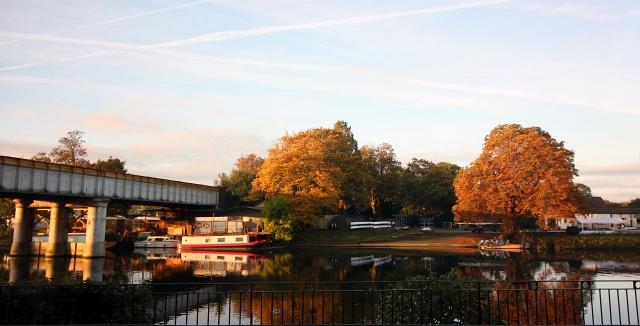 After admiring the view we headed to breakfast (breakfast is from 6:30am-9:30am) and were welcomed to our seats by a very friendly waiter, who offered us a hot drink. The restaurant is like the rest of the hotel, clean, airy and modern. 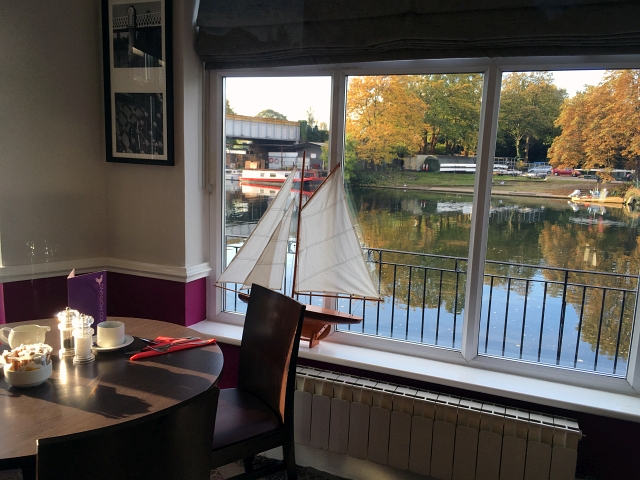 The choice for the buffet style breakfast was as per usual in a hotel- unlimited cereals, fruit, yoghurt, breads, cheese and ham, and a traditional English breakfast which was hot, very well cooked and really tasty. I loved the fact you had 3 choices of eggs too (poached, scrambled and fried), I tried all 3. In fact I tried pretty much everything (you just have to with hotel buffet breakfasts) and can report it to all be of a very high standard. 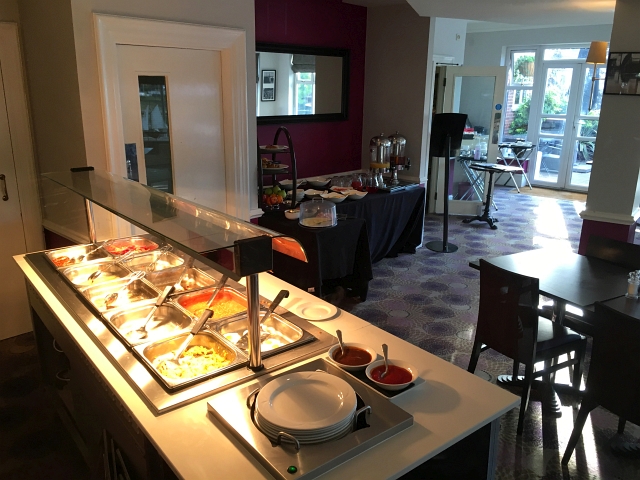 After breakfast, we went for a stroll into Staines high street (only a short walk away and well worth it) and were impressed with the location of the hotel and Staines in general. It was a really nice highstreet with all the big high streets shops you’d expect. I must admit that prior to visiting Staines all I really knew was that the character Ali G was from there, so I was really suprised by how nice and peaceful a shopping area it all was.

I would wholeheartedly recommend staying at the Mercure London Staines upon Thames Hotel. We had such a relaxed stay, with the help of the very accommodating staff. The hotel was well maintained and was in such a great location, I even forgot I was staying in the outskirts of the Capital as the view was so picturesque right outside our window. It’s got to be the perfect place to stay when visiting Thorpe Park and would make an excellent base to visit locations such as Twickenham Stadium for Rugby or Windsor Castle. With Heathrow so close it would also make a great place to stay before a flight. Rooms at Mercure London Staines upon Thames Hotel start from £71 per night, for more info then check out their website here. 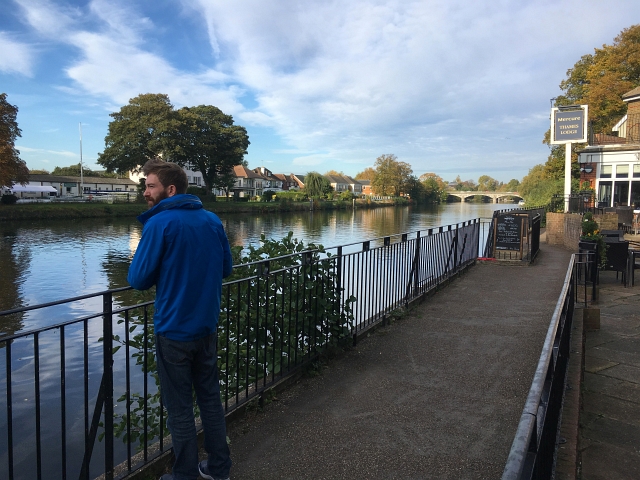