It can be hard to choose between them online as they all look fairly similar and it’s hard to unpick how many lumens you need and how big or bright a torch really is. It was because of this that I decided to write this useful review and do a comparison between all three. Although after you’ve read about them, you’ll probably want all three anyway!

I thought I’d start by writing about the many features that all three torches share before going into the differences and my recommendations.

The most unique feature of all three of these torches in their 3 in 1 design. Each one works as a flashlight, lantern and a red safety light. The lantern works really well and is ingenious. To use it as a lamp, you simply pull the torch head up from the body of the light. Mouse over the image below to see the top slide away and reveal the lantern. 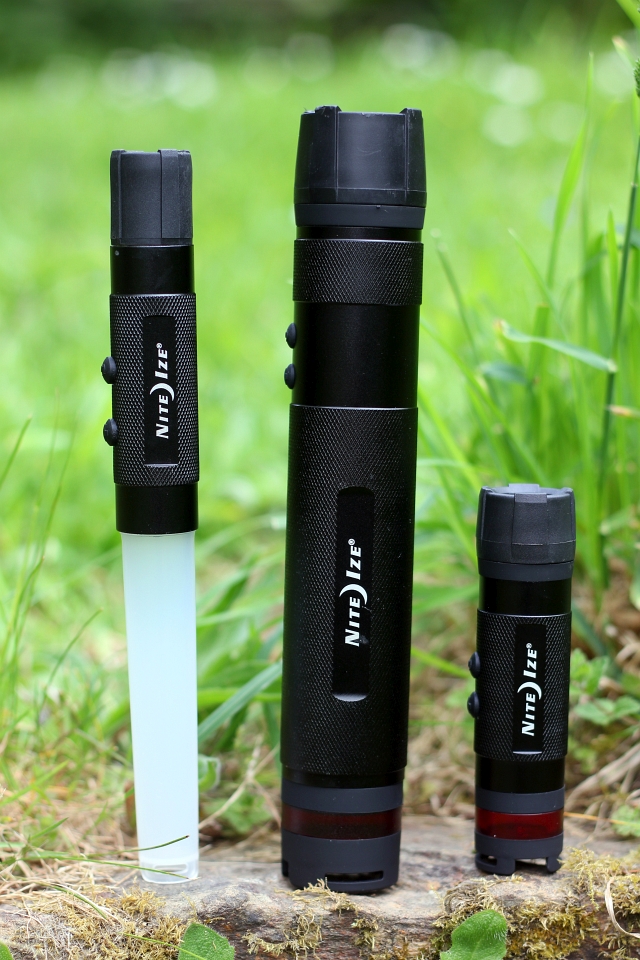 All three of the Nite Ize lamps are made with a durable machined-aluminium body. This makes the torches extremely rugged. Even when I dropped one two metres onto the granite floor of an engine house, it did leave a bit of a mark but the torch didn’t break and remains working as well as it ever did.

One of my favourite small design ideas is that the tail caps include lanyard holes. These enable you to thread something through them and then suspend the torch upside down. This is brilliant for that classic how to light up my tent problem! As the light goes downwards as well as out, torches hung in this way will illuminate the whole of a tent.

The torches also stand vertically on their head or tail end. In practice, I found that as the torches are quite tall, unless you were able to find a flat surface, they could be challenging to balance upright in a hurry. This was particularly tricky for the Nite Ize Flashstick, as it is especially slim for its height. The shorter ‘mini’ and chunkier ‘flashlight’ definitely worked better as an upright lantern.

Each of these torches feature a high and low light output mode on both the flashlight and Lantern function. The high mode is intensely bright although offers less than a quarter of the runtime when on these modes. Due to this, I often prefer to use the torches on their more power saving ‘low’ mode. This option is more than capable of seeing several metres in front of you and is brilliant for normal use. What is brilliant is that you can use the high mode occasionally, to look further into the distance as with ‘high’ you can light up objects a long, long way away.

The torches are really easy to use and have two buttons. One works the white led on the torch and lantern and the other the red led on the emergency light. You simple click the button to cycle through the three settings, high power, low power and SOS. With one final click the torch turns off. You don’t even need to read the instruction manual.

In order to create a useful comparison, I set up my camera on a tripod and with the DSLR in manual mode have taken exactly the same photographs so that you can see how the different torches compare against each other. Each image starts as a photograph of the torch on ‘low’ power mode but when you mouseover the image it will show you how that torch performed on ‘high’ power mode. For reference the mine house is roughly 15 metres away from the torch. Therefore, the torches being able to illuminate it at all is no mean feat.

When you look at the comparison photographs the most notable feature of this torch is it’s small size. It can fit in your hand and will easily tuck inside a trouser or jacket pocket. This is a brilliant little torch and when you look at the ‘high power’ photograph, it still really packs at punch with 80 lumens. It does all this from just one AA battery as well! 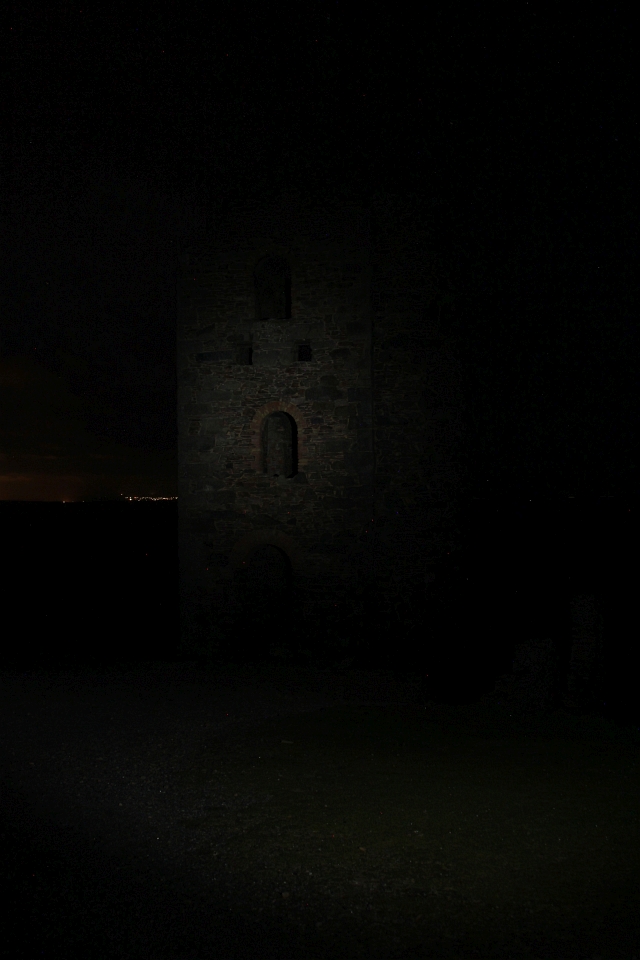 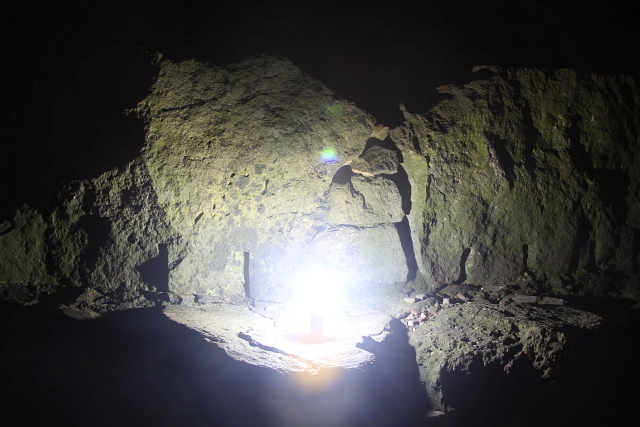 This is a beast! When you look at the ‘high power’ photograph below, you can really see the range and power of this flashlight. It is considerably larger than both the other two torches, and uses 3 AA batteries, this makes it a little bit too big to put in a pocket. If you are after a serious torch then this is the one for you. 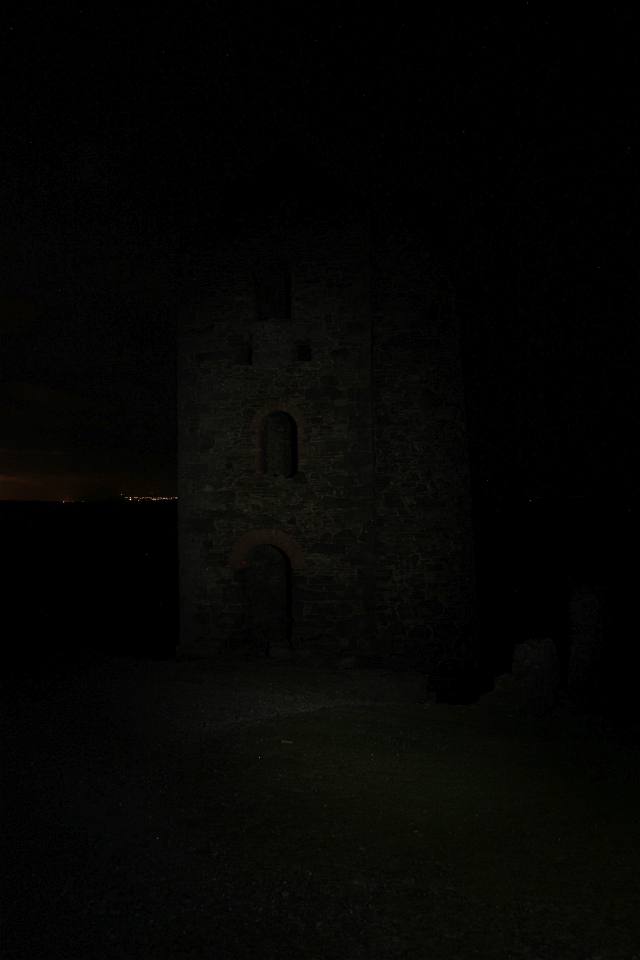 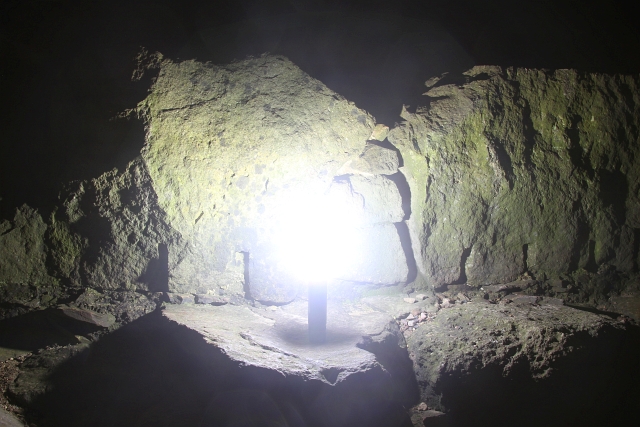 Long and thin, this Flashstick is similarly matched to the Mini-Flashlight. The one big defining feature is that led powered glow stick. This will really appeal to mountaineers who want a light weight torch that could be very useful in an emergency. 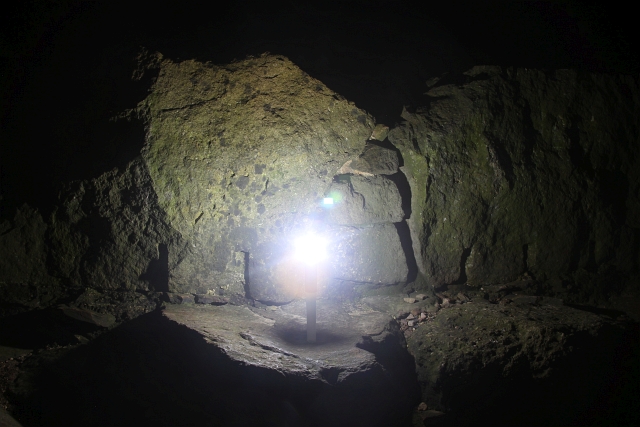 Safety conscious outdoor enthusiasts will really like the safety light or glow stick which these torches have. As I’ve already said, these have their own switch which changes them through Glow, Flash and SOS modes. Often people go into the mountains very unprepared and I really thing these torches are brilliant for anyone planning to go trekking in a potentially dangerous situation.

From left to right: Mini Flashlight, Flashlight and Flashstick.

If god forbid you did get in a pickle after dusk, these lights would definitely help to draw attention to yourself and could potentially save lives! Obviously, in the safety category, the Flashstick really excels and the red light up stick works brilliantly at giving a much larger and more obvious visual alarm. Not only is this great for drawing attention to yourself, but also works well for light painting with a camera! 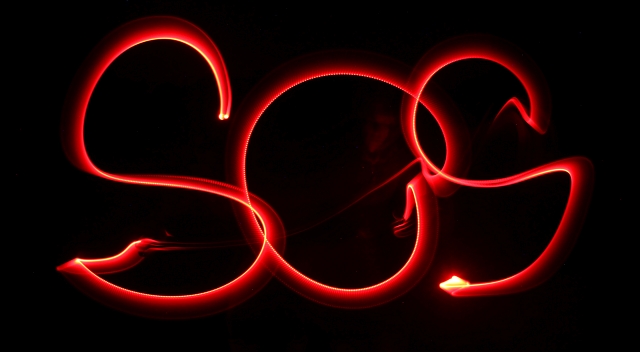 All three Rugged Nite Ize 3-in-1 LED Flashlights from Military 1st, comfortably fits into a hiking pack, glove box, tool bag and can be attached anywhere with a useful lanyard loop on the tail. They are excellent for camping, hiking and travel or as a part of an emergency kit. They are very versatile and full of smart design features that you will really appreciate when you’re out and about in the dark!