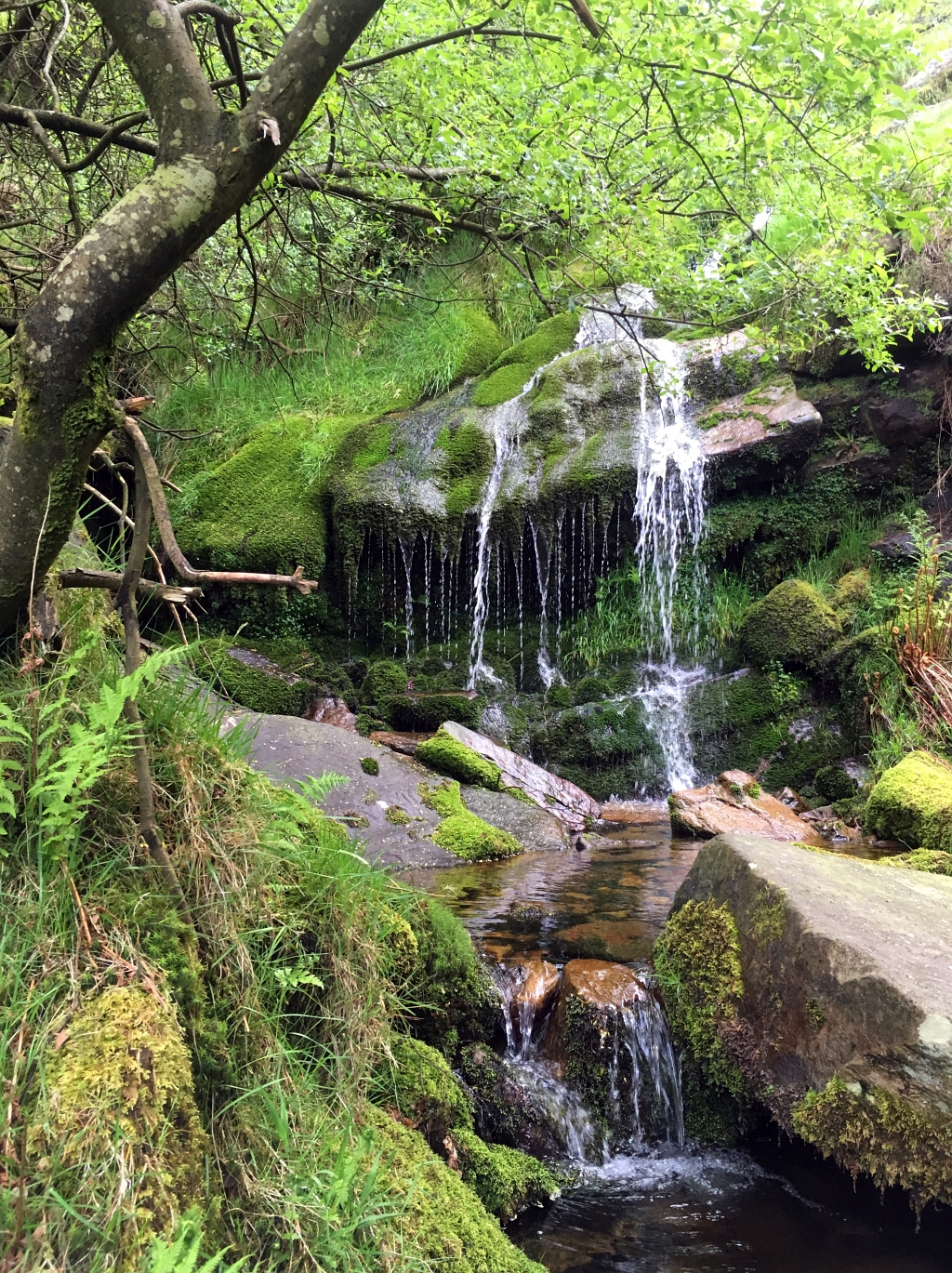 I’ve recently got a great new jacket by Keela called the Hydron Softshell. It’s an excellent coat that recently I’ve been wearing whenever I’ve had the chance. It’s been on several big adventures so far and has been thoroughly put through its paces. The images in this review are mainly from a climb up waterfall in the Peak District.

The walk started off calmly enough. We had walked up from a reservoir, following the river as it meandered up the valley. Eventually, we got to a tributary which was engulfed in a small area of forest. We ducked, dodged and dived – under, over and around branches, boulders and trees. As we did this, the jacket stood up to the abuse really well. The fabric which it’s made from is a sturdy Softshell. When tackling this sort of terrain, I often worry that a coat or some other expensive item of technical clothing is going to get snagged and rip on a branch but the Hydron stood up to thick overgrowth on several scrambles and climbs without any signs of wear. 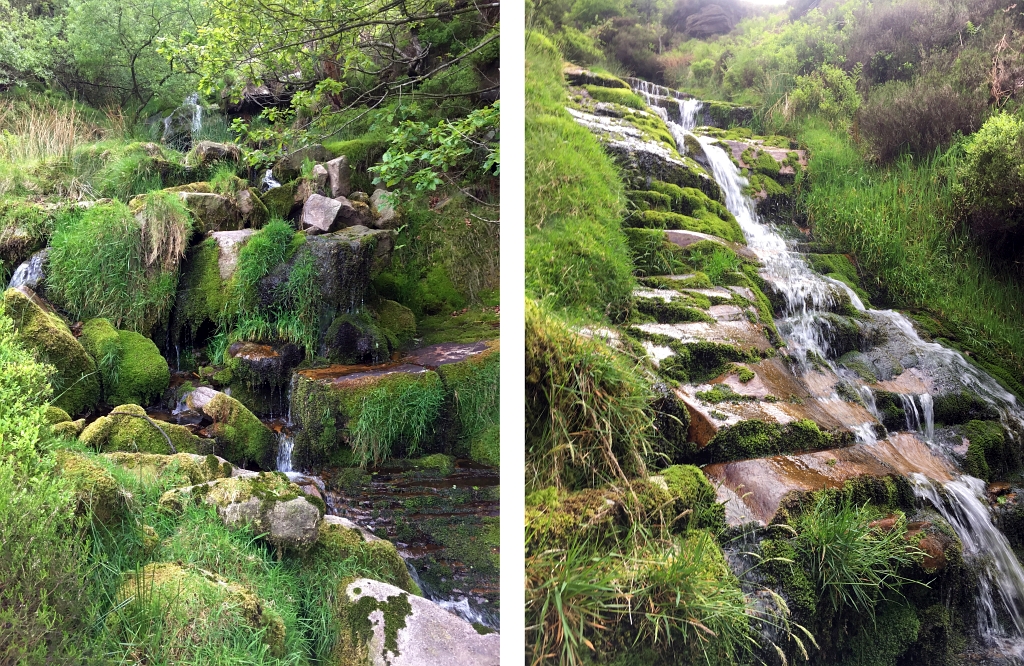 As we got higher up the side of the valley, the incline became steeper and the scrambling became ever more fun. The boulders became larger and the stream changed to a waterfall. I love this sort of scramble; it was great being able to navigate over the river, jumping from boulder to boulder. 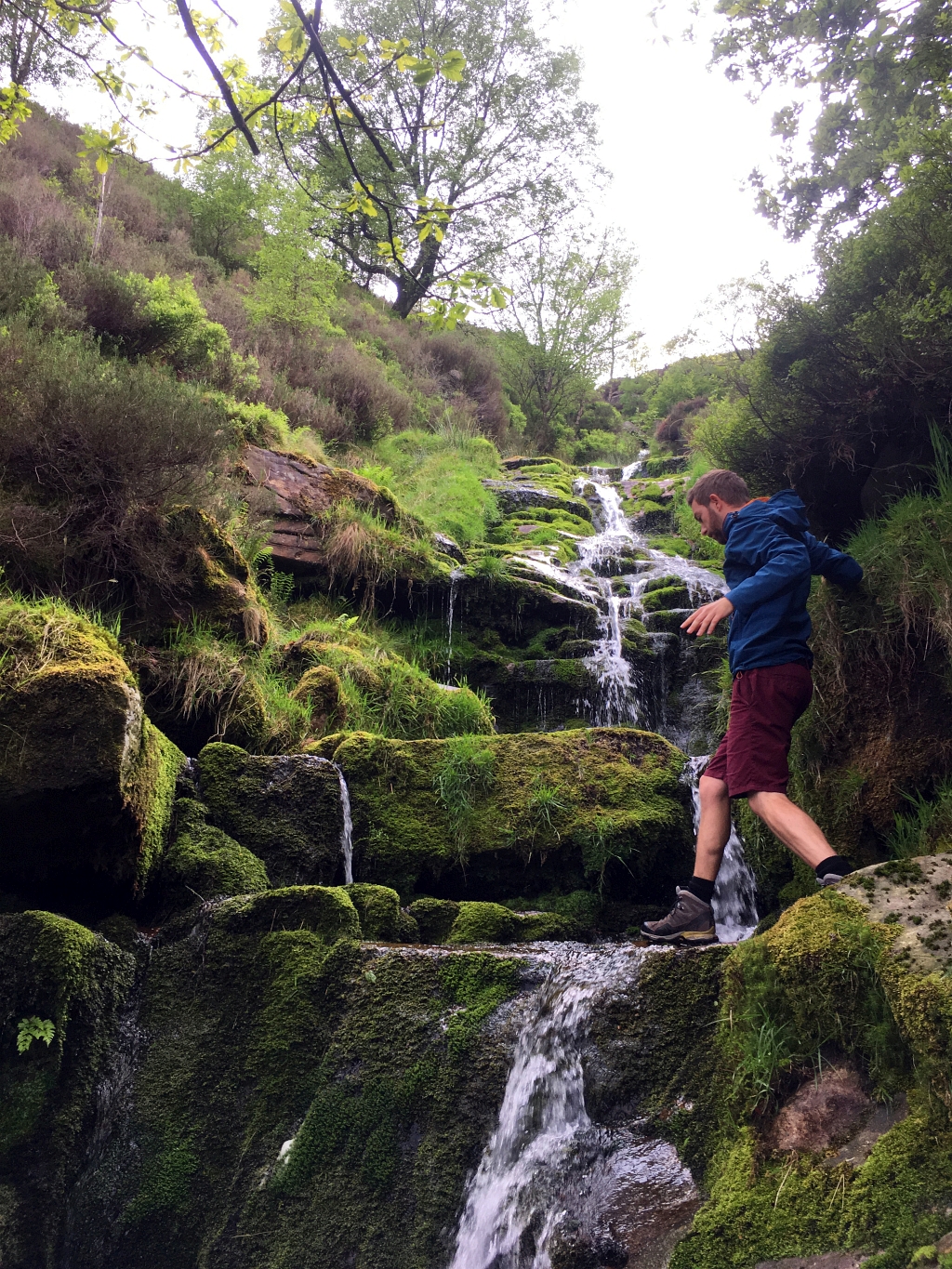 Keela have done a very good job at giving you a variety of pockets and storage options without making the jacket look like some military cargo trousers. Two of my favourite features are the chest pockets which are close to and run parallel with the main zip. These are easily accessible and due to the cleverly designed pull, can be opened and closed one handed. I found this perfect for a phone or compass.

Another excellent design feature are the zips underneath the armpits. I always like this feature on coats as I think that, combined with a good base / mid layer, they provide a great, quick and easy method of dumping heat caused by a sudden increase in physical activity. This often happens with scrambling and climbing. You can all of a sudden find yourself getting too hot but if you were to remove your coat, not only would it waste time and be a faff, but you’d also be wanting to put it down when the activity became less intense.

Below is a mouseover image so you can see the coat during movement. 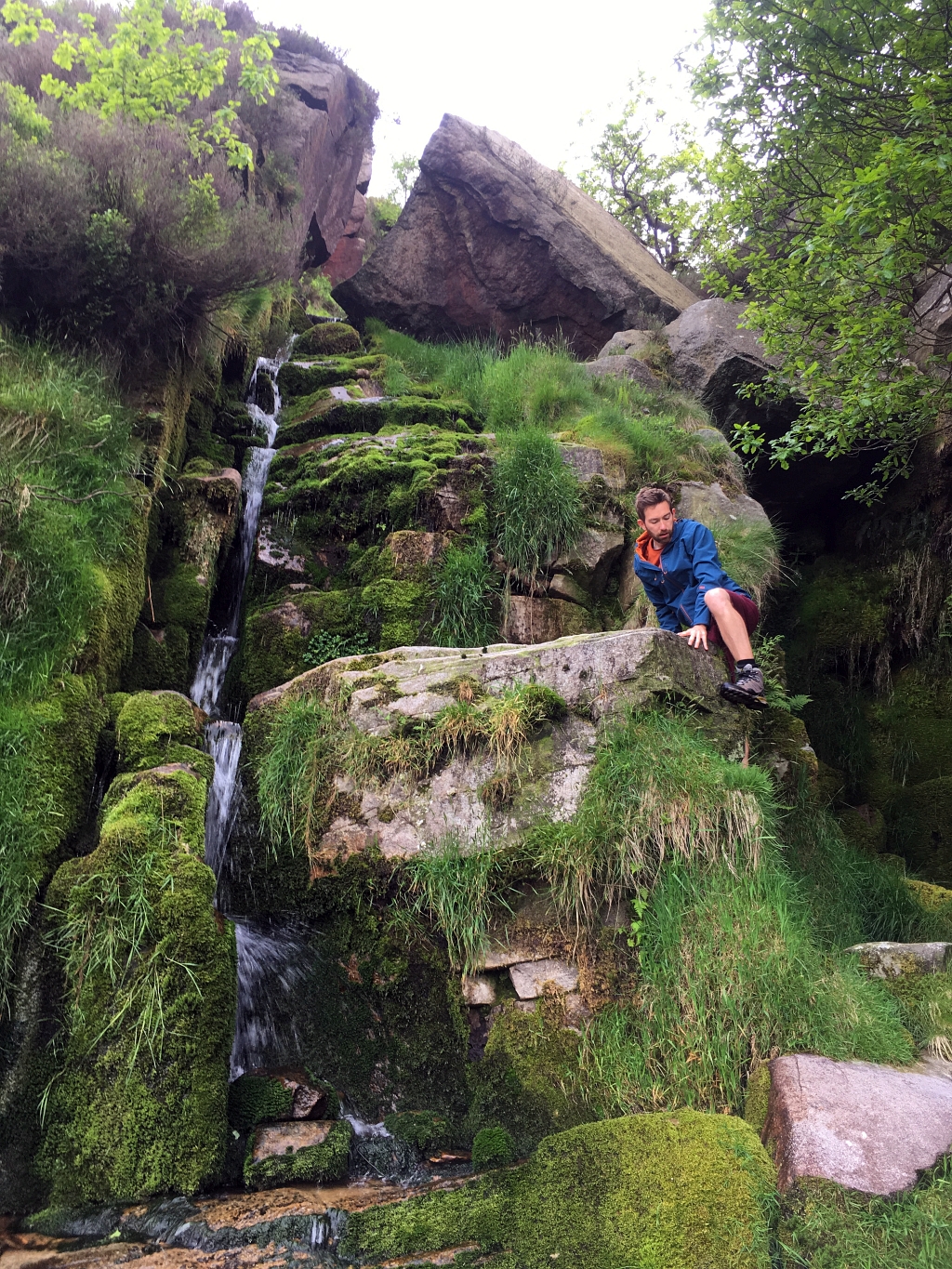 When we got even further up, the boulders got even larger and we had to start climbing up the walls of the waterfall itself. At this point, the active fit and two way stretch of the coat really comes into its own. In order to navigate such slippery scrambles, you really had to be stretching out in some quite dynamic ways. The Hydron has a great cut and the arms and scooped back are all long enough that even when reaching you didn’t end up exposing the clothing underneath. The stretch works really nicely also at giving you a good range of movement whilst keeping a stylish, snug active fit. Due to the high breath-ability of the fabric, even when you start putting in real effort you’re still not going to get any build up of condensation and you wont become uncomfortable. This is especially true when combined with the ‘pit zips’ which I mentioned earlier. 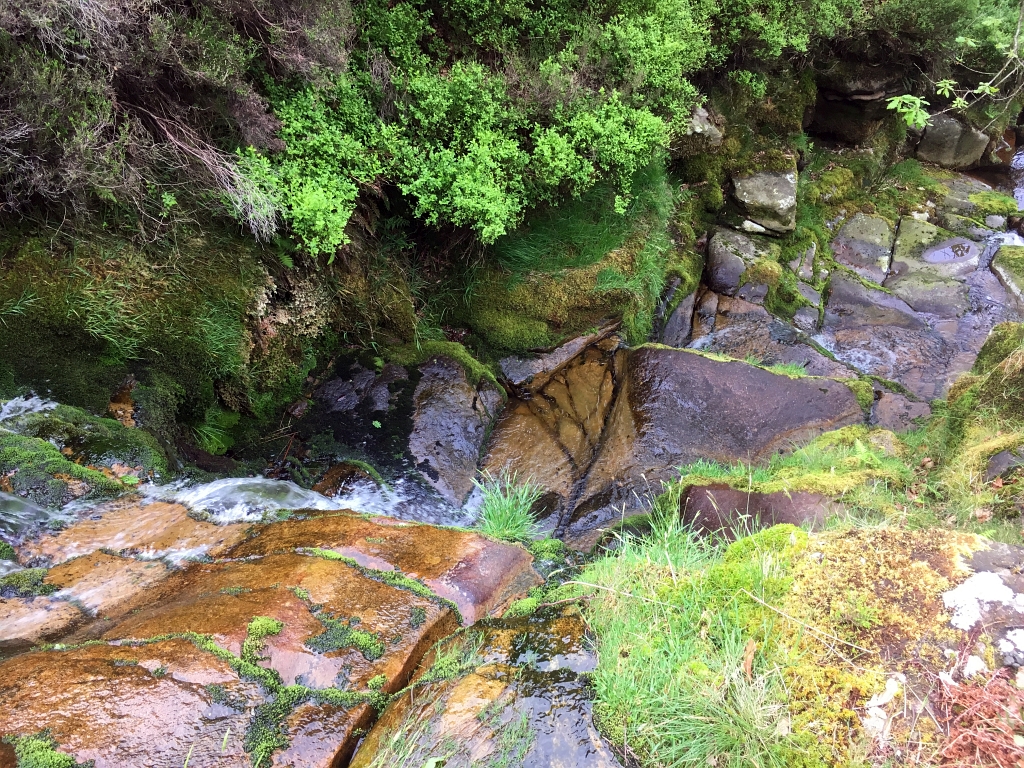 Higher up the waterfall, it became more and more moist and the opportunities to navigate away from the water itself disappeared. Several times we found ourselves scrambling up very wet sections of rock that were get constant splash and spray from the waterfall. It was becoming a lot harder to get a secure grip; scrambles that would normally not be a particular challenge became pretty dangerous without good purchase from boots or hands. At least I didn’t have to worry about getting wet during these ascents as the Hydron was highly waterproof.

There is a lot of adjustment in the jacket which ensure that you get a really snug fit and that heat wont be unnecessarily escaping plus unwanted rain or snow wont be getting in. On each cuff there is a velcro adjustment so that you can keep it tight. On the hem there is a shock-cord that can be tightened and locked off one-handed. I’ve seen this feature on high end packs such as my Osprey Atmos AG but it’s something a little rarer on jackets. I love this feature as it’s just so well designed and means you don’t need to even stop walking to adjust the fit of the jacket. Of course, the full length main zip has a stormflap to keep out driving rain; Keela have put this on the interior which I think makes the jacket look even better and is more in keeping with a softshell style.

A simple velcro loop secures the hood in position when not in use. This is really handy as it’s very easy to get the hood out on your own and without taking the hood off. During a sudden storm, this is obviously going to get your head dry faster! It has a funky orange insulation layer which does a good job of keeping you warm enough. It’s not particular thick and will need other layers in the winter, but for spring, autumn and summer evenings it’s perfect.

These last couple photographs are from a different hike. They’re not as picturesque as the waterfall climb but they do show me totally soaked in the Keela Hydron jacket. The hood has got one of the best cuts I’ve ever worn; it really does keep all rain, even torrential driving rain, out. The hood has several points of adjustment which are again able to be altered one-handed. The peak is nicely solid and does a good job directing the water away from your face. I’ve gone through the whole review without mentioning probably my favourite thing about the aesthetics of this coat, the colour. I’ve got the ‘Petrol’ shade and love it. It’s an unusual shade but doesn’t stand out or look garish. This jacket is a brilliant jacket and I’d thoroughly recommend it. It is chock full of well thought through design features and Keela have clearly taken a lot of time and care when creating it. 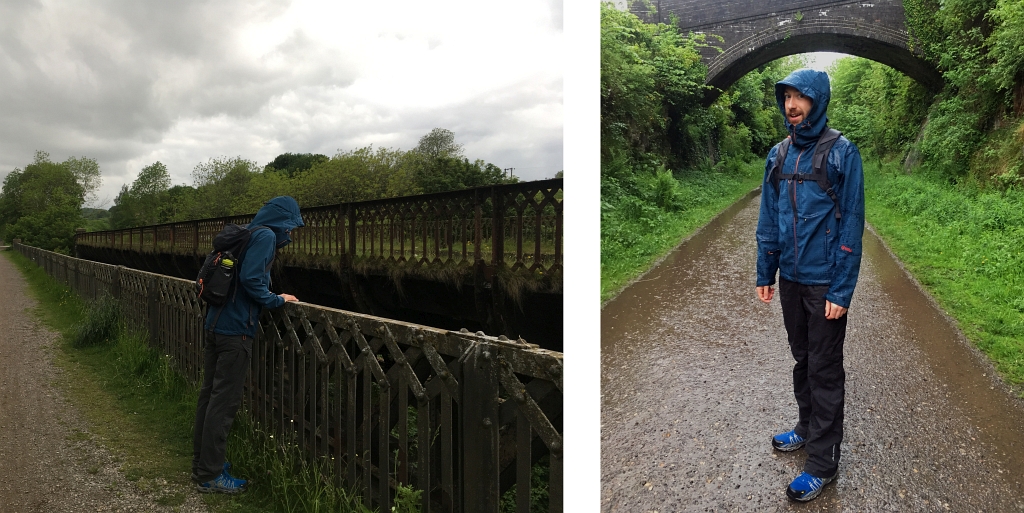