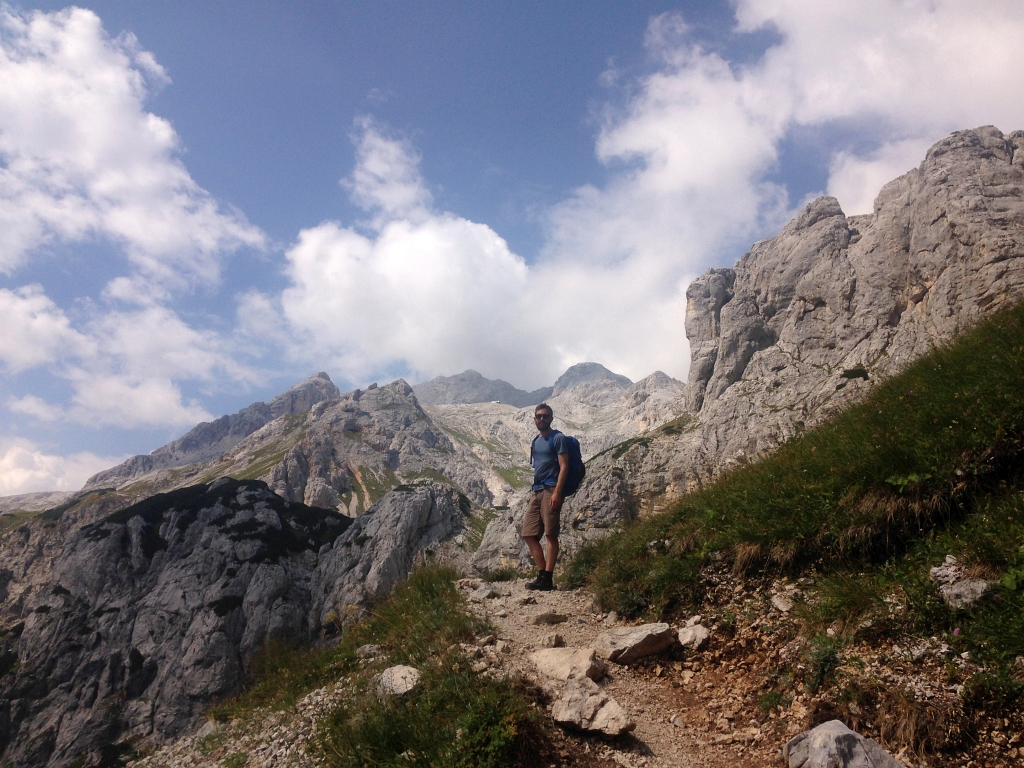 Hopefully you’ve already part one of this three part adventure – if not you should probably go back and check it out first. Anyway… as we continued away from the tree line and away from the mountain hut, we closer to the eagle flying overhead. The wildlife in the Julian Alps was really stunning. 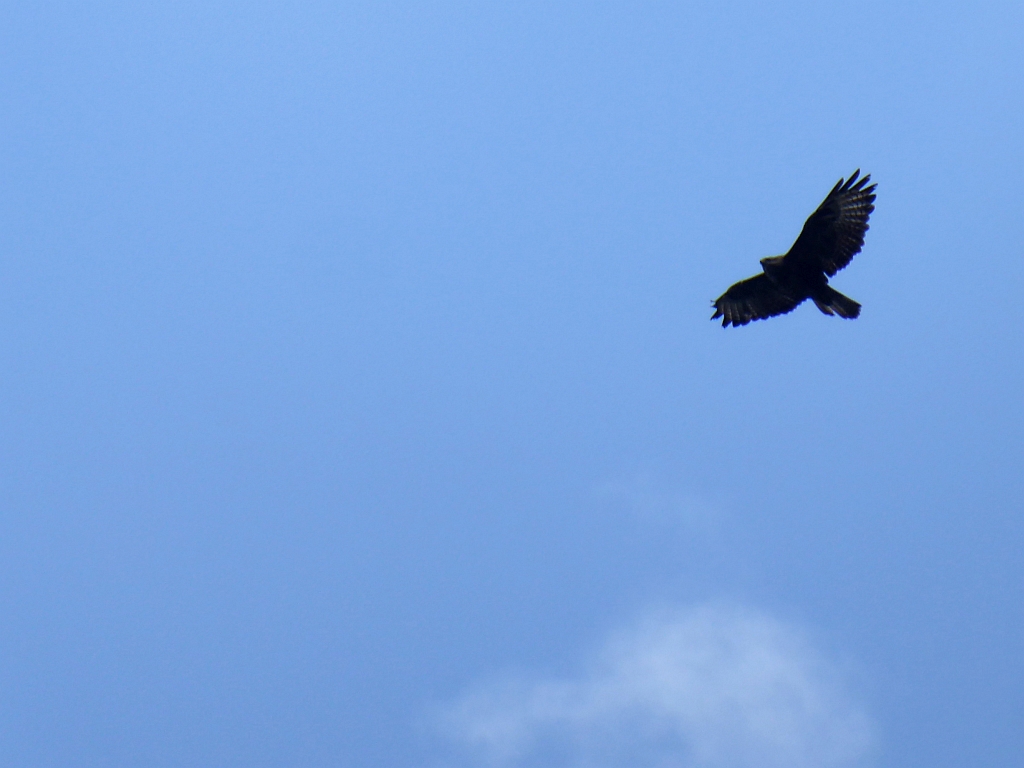 As we climbed higher the trail got narrower and more exciting. This was what we were really after. Tight, exposed mountain paths which wiggled through the contours of the landscape. 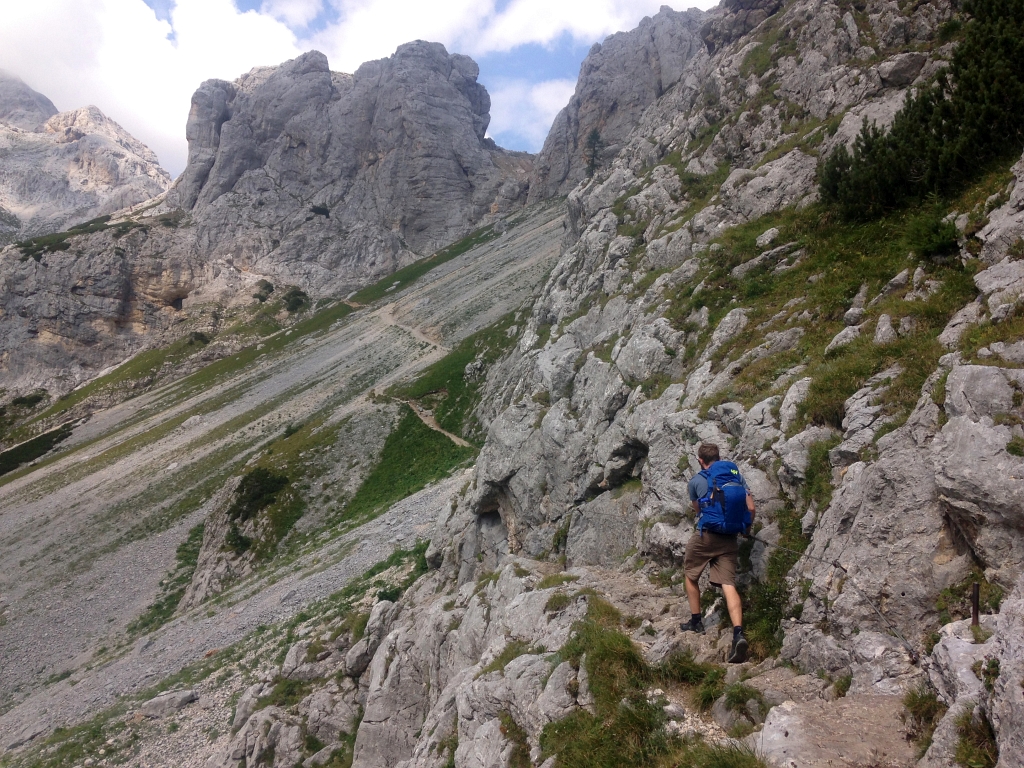 Climbing higher and higher the vegetation got left behind us, as did most of the wildlife. Above 2000m really there wasn’t much around apart from stone, rock, dramatic scenery and stunning views. 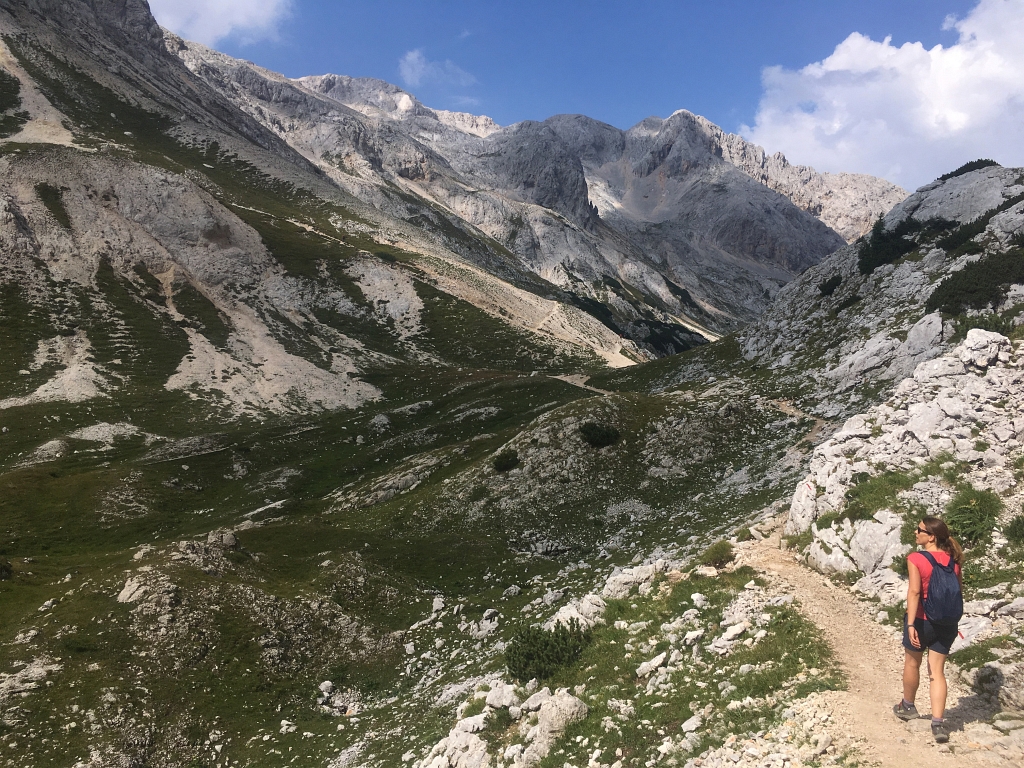 Up on the opposite side of the high valley we could see Dom Planika, the highest mountain hut in Slovenia and our accommodation for the night! It was still quite a long way away but the fact that it was in sight gave us more motivation to keep cracking on up the mountain. 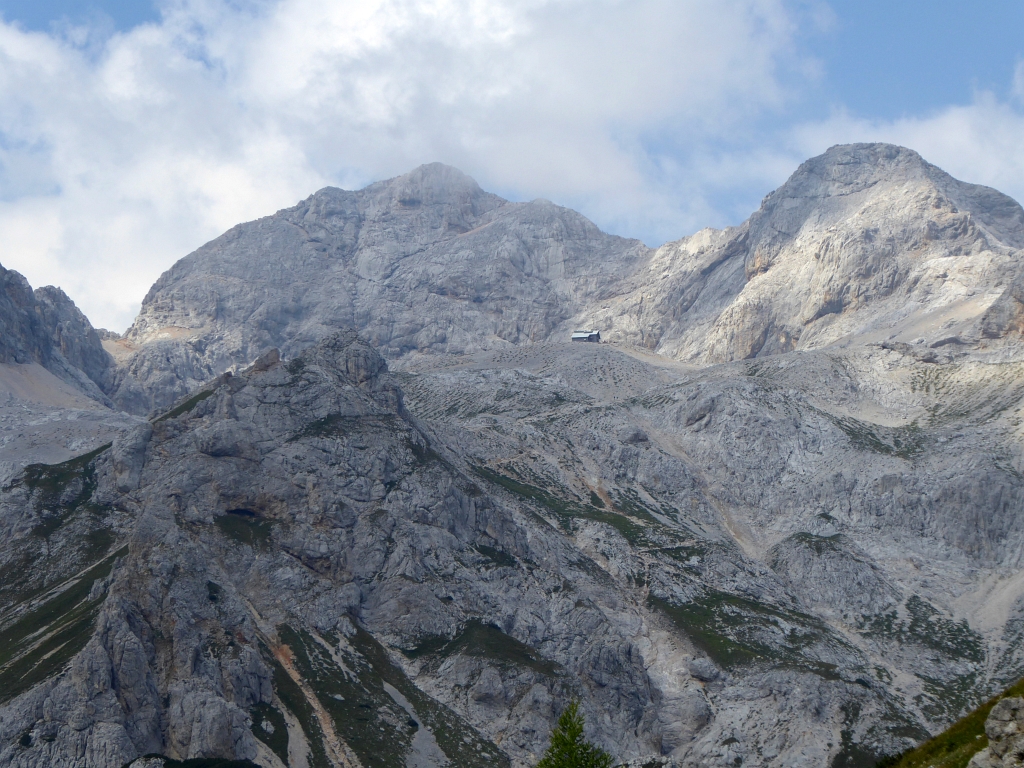 After a couple hours of scrambling up steep rocky terrain we reached the foot of the mountain hut. From here the summit of Triglav was in view – well it would have been if it wasn’t for the clouds! 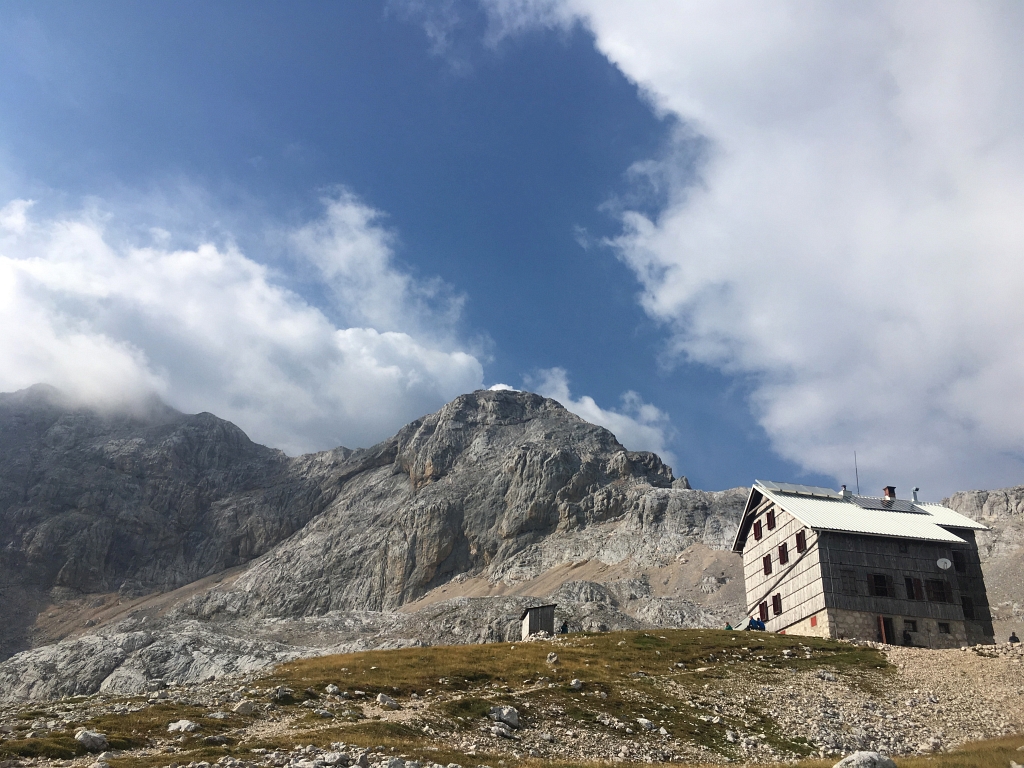 On the plateau I couldn’t believe we were met by a whole herd of sheep. I’m permanently perplexed by mountain goats and sheep – It must be nice and easier living lower down the mountain! 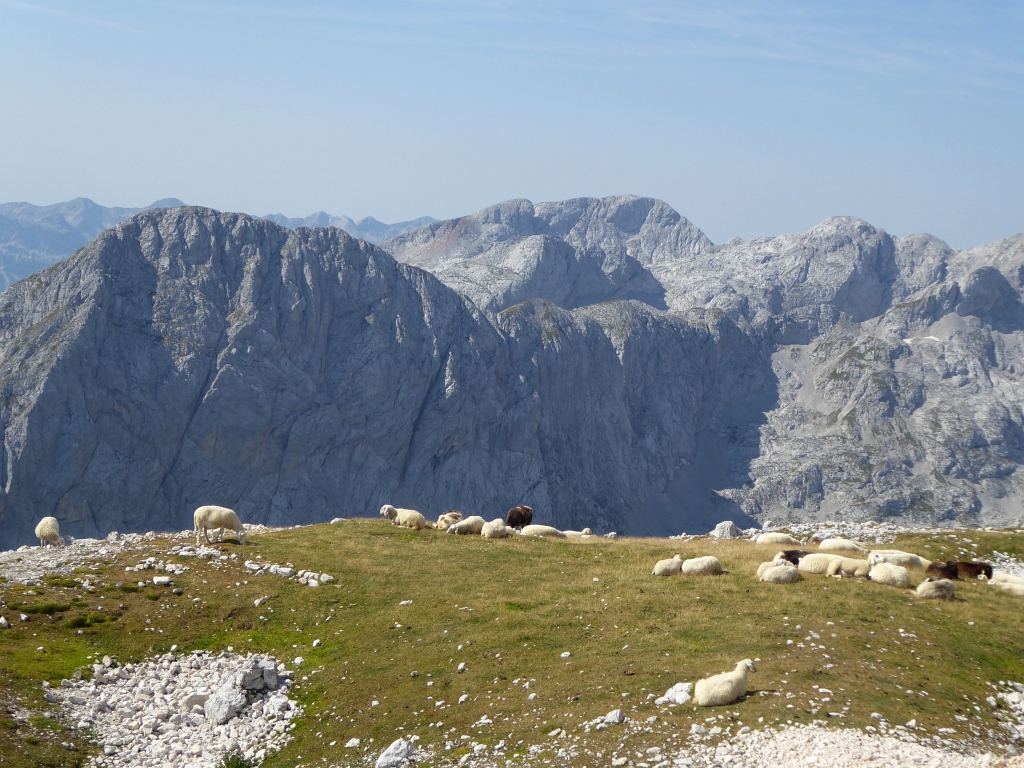 Dom Planika is a 2408m high and has some incredible views down into the valleys. The first cabin was built in this place around 150 years ago and was opened on 18 September 1871; it was called the Triglav Temple – which I think is a better name!

There are about bunk rooms of various sizes but we were lucky enough to have managed to get one of the smallest ones with just four bunks in it. We shared the room with a nice pair of ladies from Italy who were on their summer holidays as they were teachers. 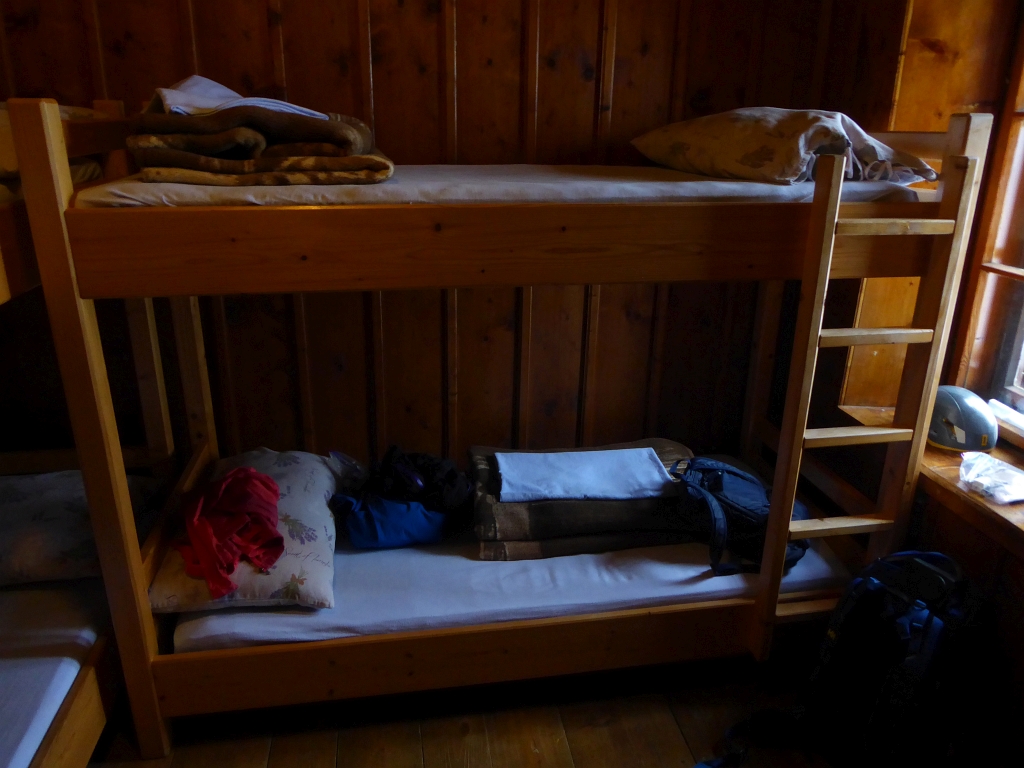 We quickly realised that this mountain hut had no running water. This is something I totally hadn’t appreciated before hand and I very quickly regretted not packing some wet wipes or antibacterial gel. 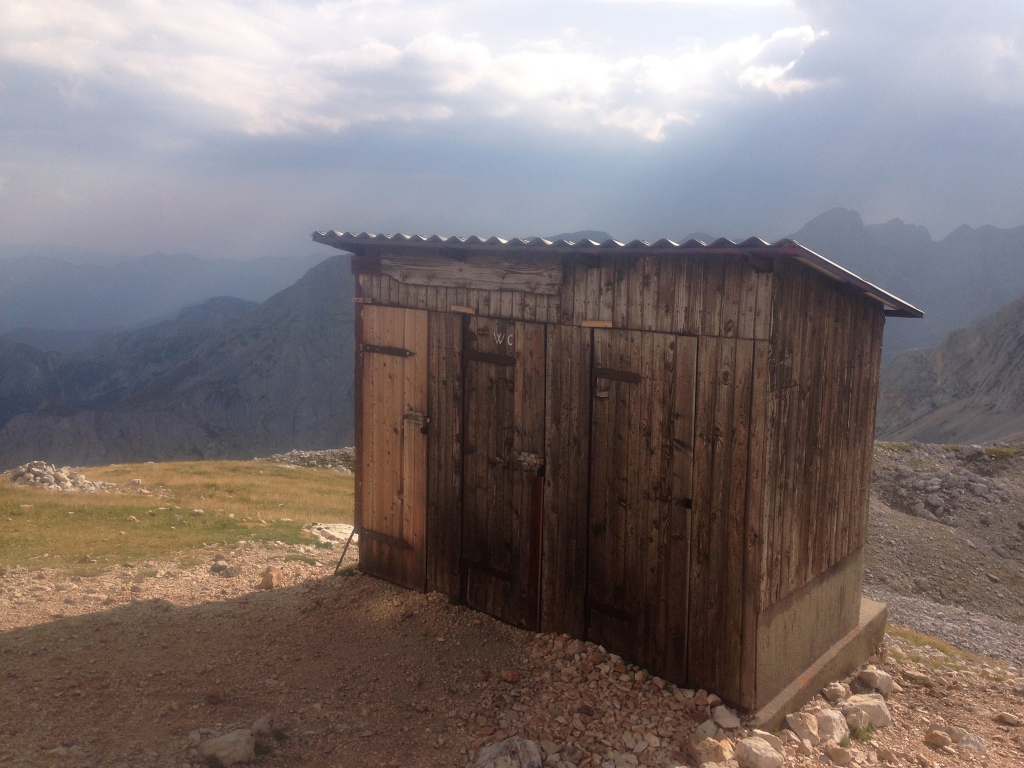 This feeling only elevated when I saw the toilets which were literally a hole in the floor in an outhouse on the edge of the mountain. They were really, really rank. It wans’t all bag though and the views from the hut were amazing. 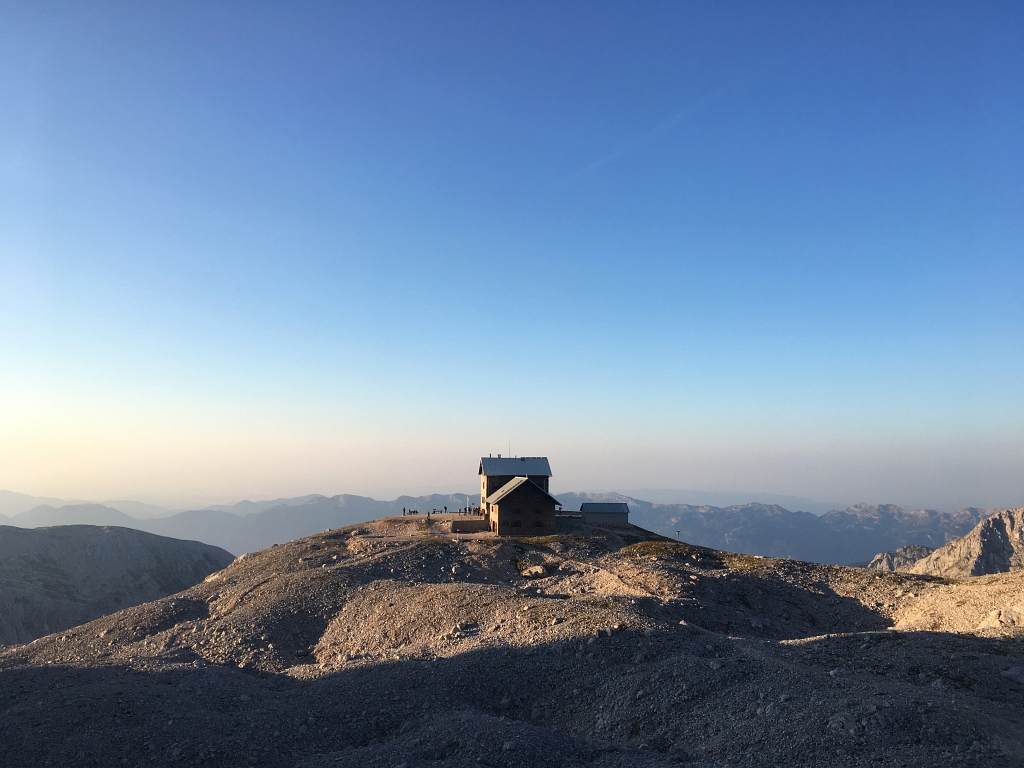 Another huge delight was the sunset. We sat with the sheep and watched as the sun went down behind the other mountains, casting a vivid orange hue over the entire sky. 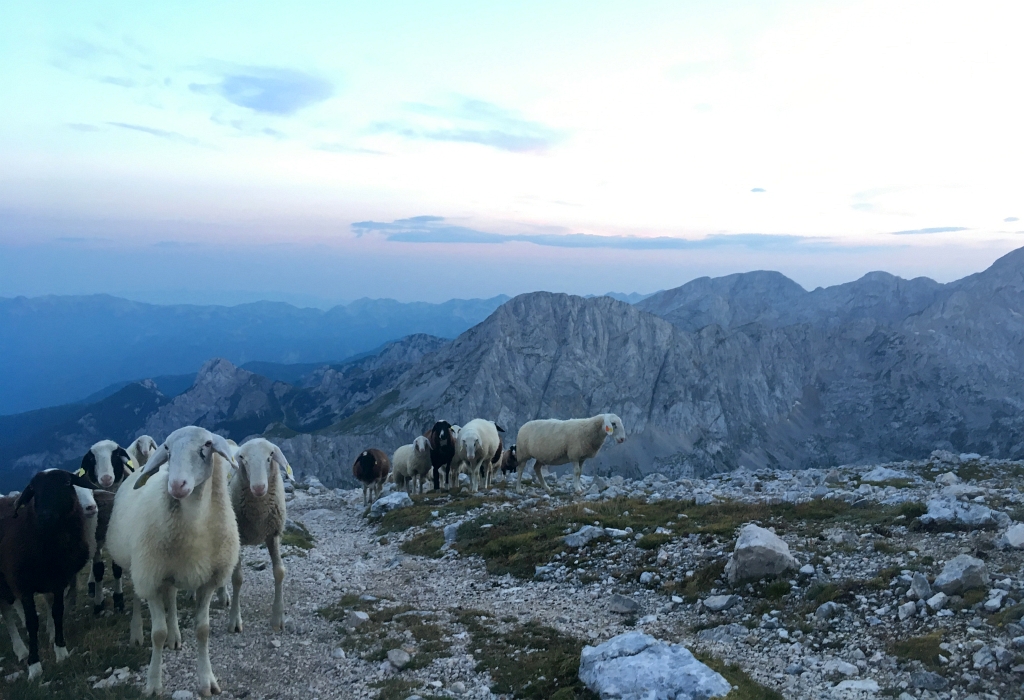 The silhouettes of the jagged mountain ranges of the Julian Alps were as beautiful as they were exciting to look at. 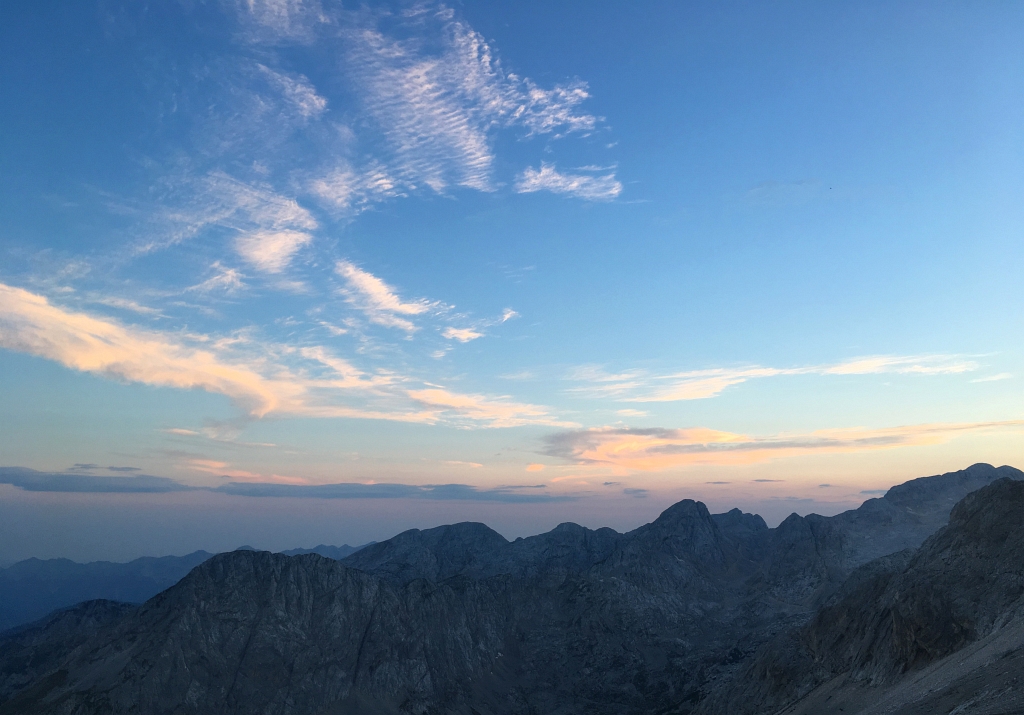 As we ate dinner we looked at the map and checked out the route again. As with almost everyone in the hut, our plan was to wake early and try and head up to the summit to make the most of the morning sky. 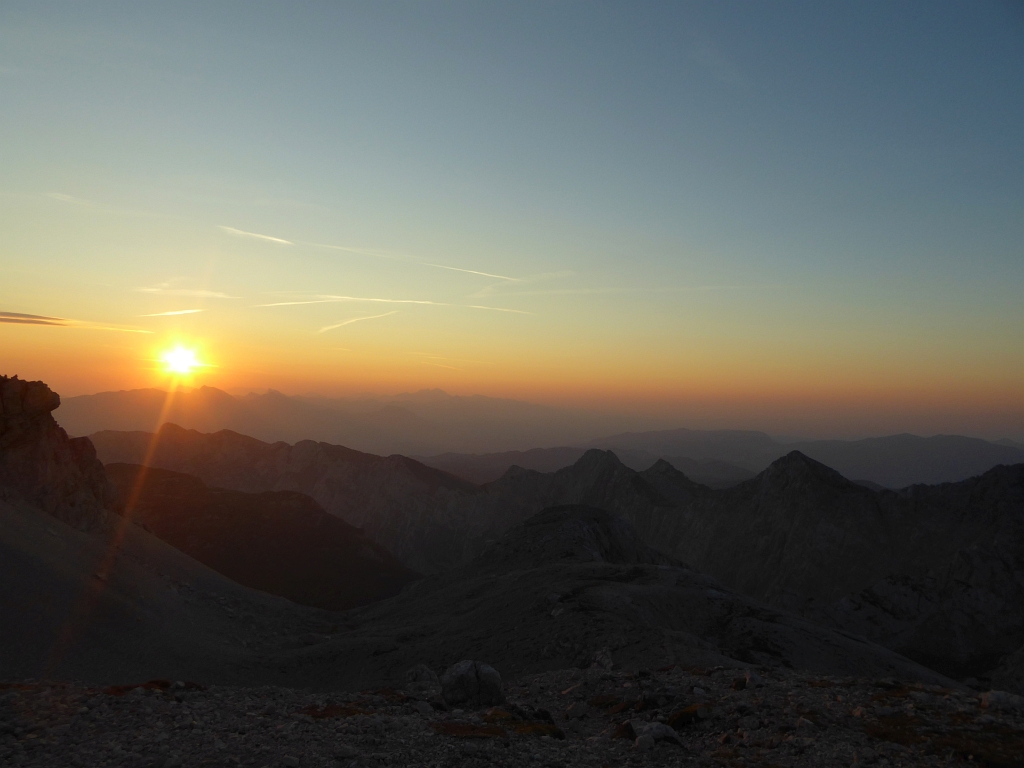 After an awesome nights sleep in the isolated hut we got up, gobbled down some breakfast. Put on our climbing gear and made our way up towards the summit. 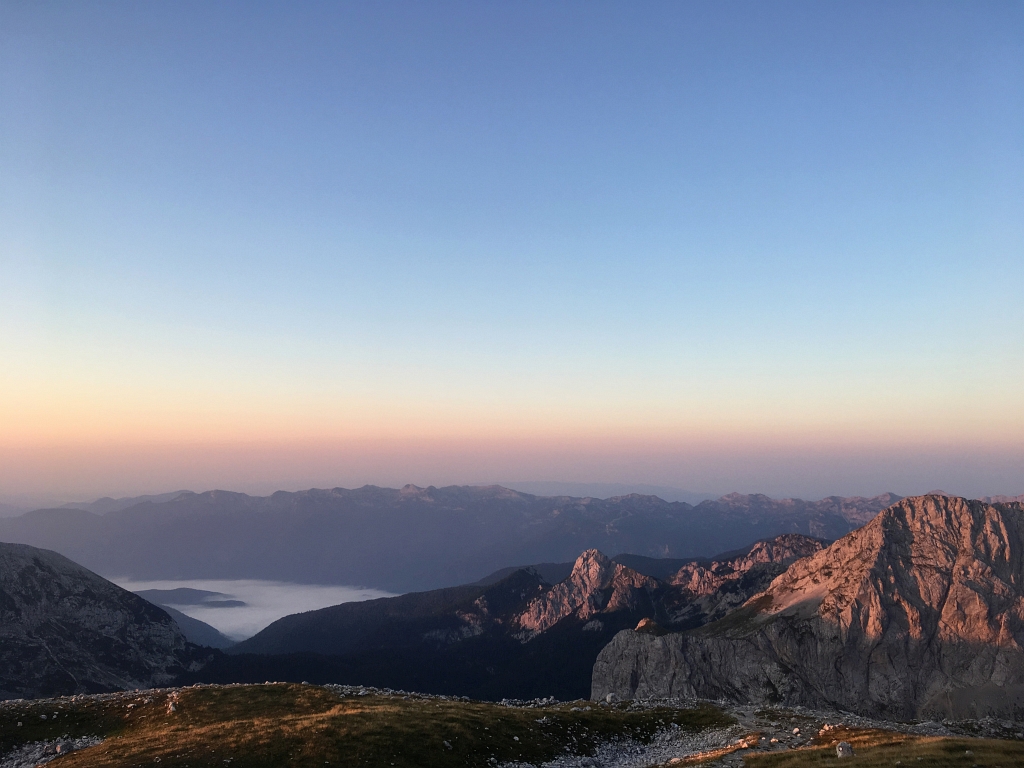 I absolutely loved look far down into the mountain valleys and seeing the clouds of mist sitting in the bottoms of them far away. 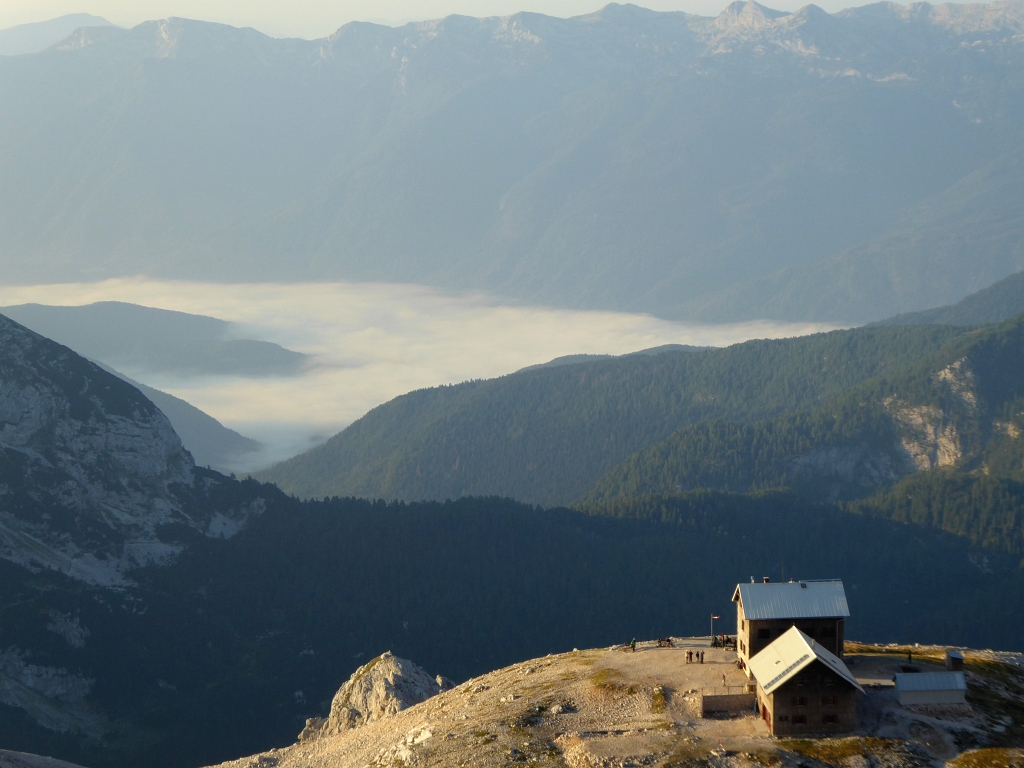 Within not long we were high about the mountain hut and it was just a little box in the distance. The summit of Triglav was waiting for us…

Read on in the final part of Climbing Mount Triglav 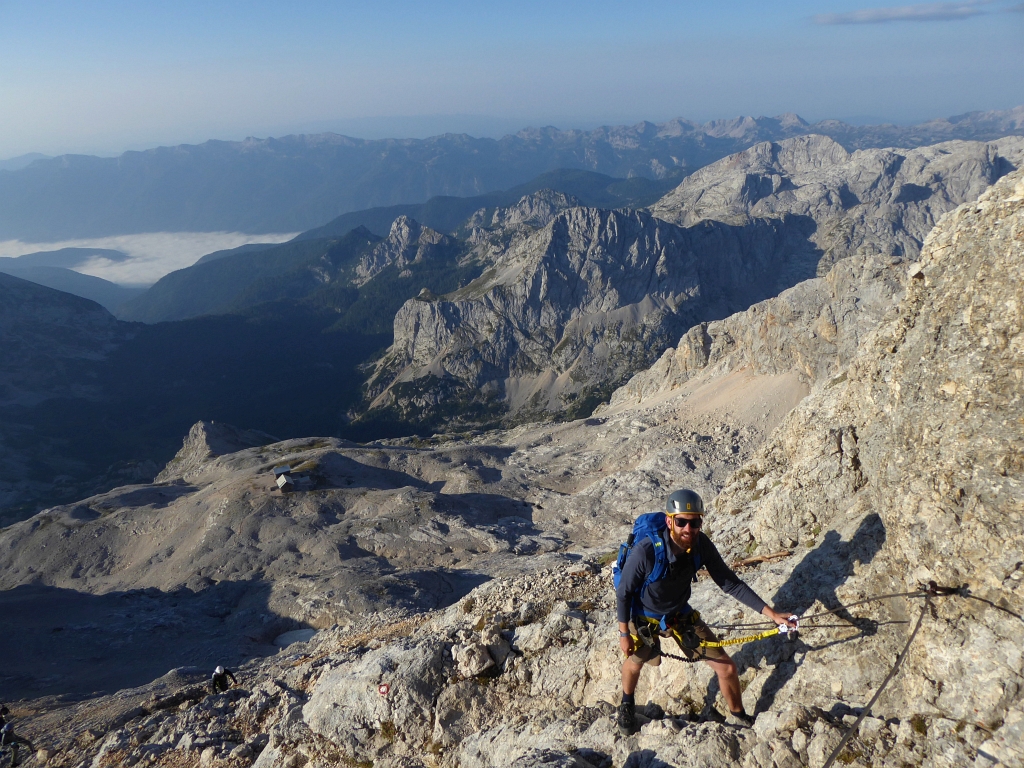