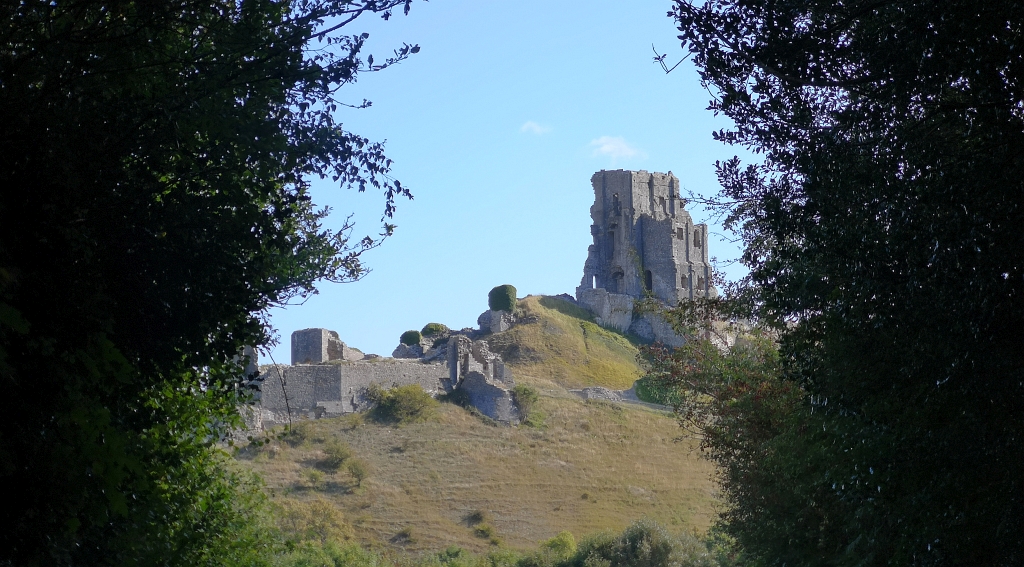 At the very end of the summer we took a camping trip up to Dorset; this is a county I’ve visited a few times before but certainly haven’t explored thoroughly yet. We were looking at where to stay and ended up going for the Corfe Castle Camping And Caravanning Club Site. It’s in an area of Dorset that has lots and lots to do as well as being part of the excellent Camping and Caravanning Club. 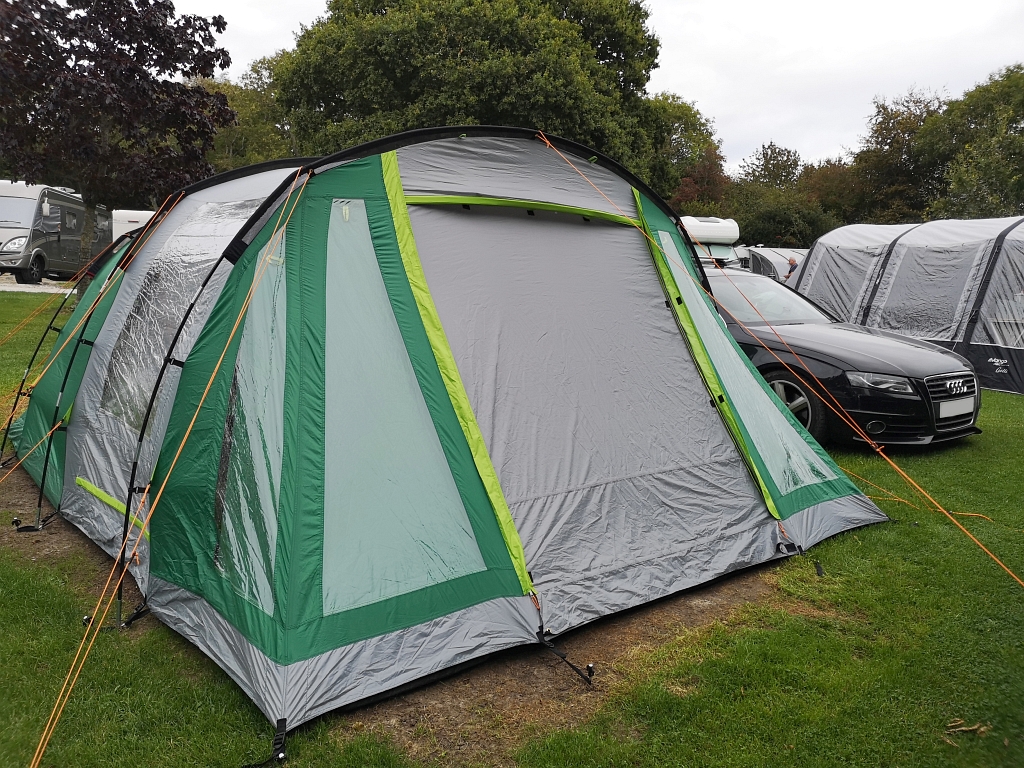 The photo at the very top of this page shows you the view you get every time you leave the Corfe Castle Camping site – stunning. The campsite has a mix of grass, grass with electric hook up and hard standing pitches. All of the hardstanding pitches are level and so are a lot of the grass ones however some may need levellers. We had a really spacious pitch with electric hook up. The campsite has a nice and natural feel; there are lots of trees and hedges which make it feel smaller, quieter and more private. 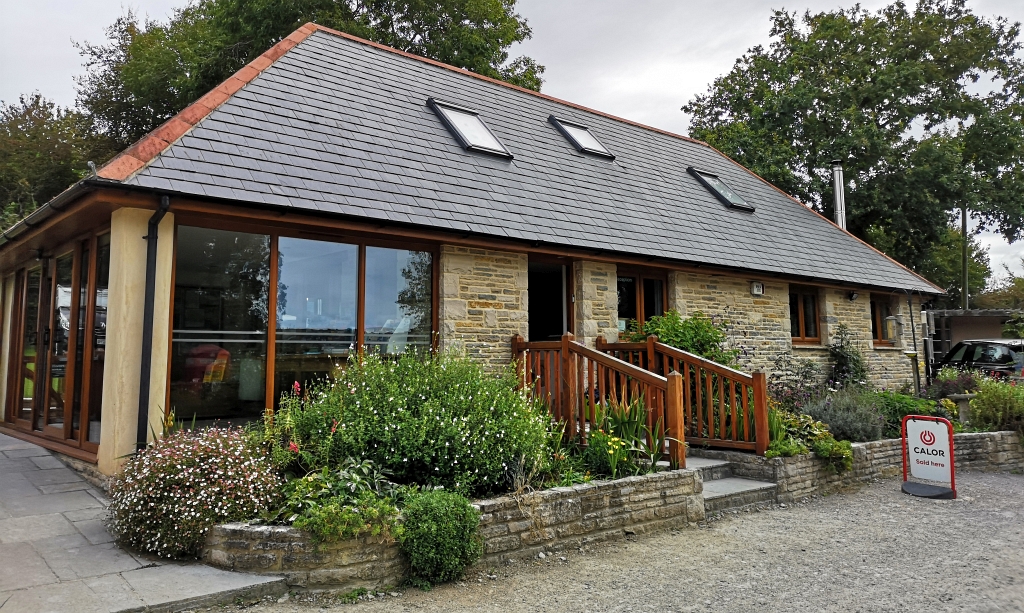 One thing I love about Camping and Caravanning Club sites is the consistency of their facilities. Every one of their sites that I have visited has always been well resourced and well looked after, every day of the week and every month of the year that I have visited. The Corfe Castle site is no exception and has a really nice room full of all the information you might require – it even has a sofa so you can relax and read a few leaflets. Other notable facilities include a drying room, a really well stocked camp shop, ice pack freezing, motorhome service point and washing machines.

Importantly, every time we visited the men’s or ladies toilets and showers they were very clean and well kept – another good sign of a great campsite. Even better, the water was always warm and you don’t have to pay with little tokens! A really nice touch I liked around the site was display boards with local birds and trees on so that you can identify all the wildlife you’re going to spot when you’re staying. They also had a huge assortment of bird feeders and an old phone box which is now a book library! 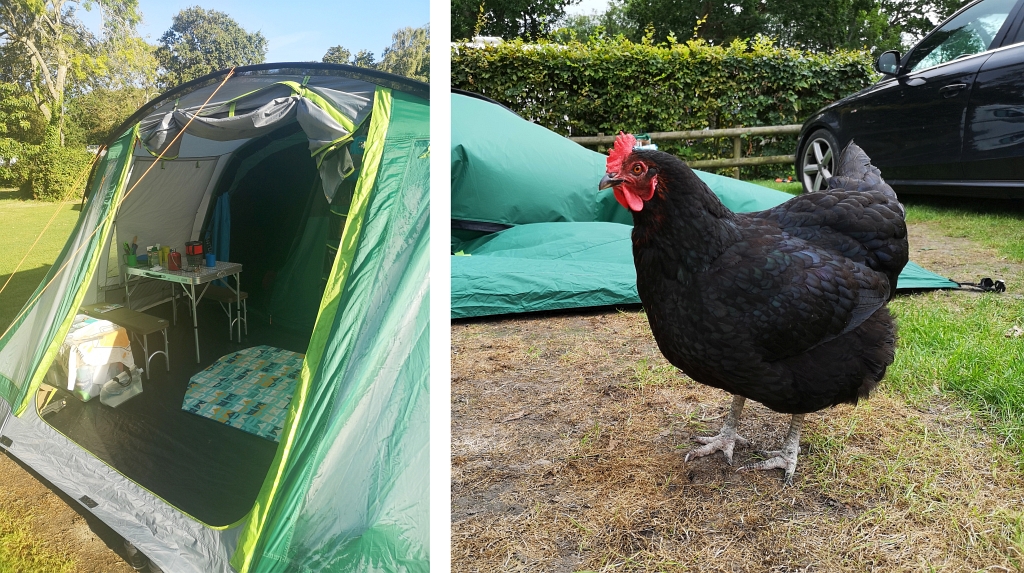 A less wild, feathered friend was the campsite chicken who we saw roaming around every day. She really wanted to come and say hi on the day we left however and scowered the ground as we took down our tent. At first, I took this to be her saying farewell however I think she may have just been looking for worms. 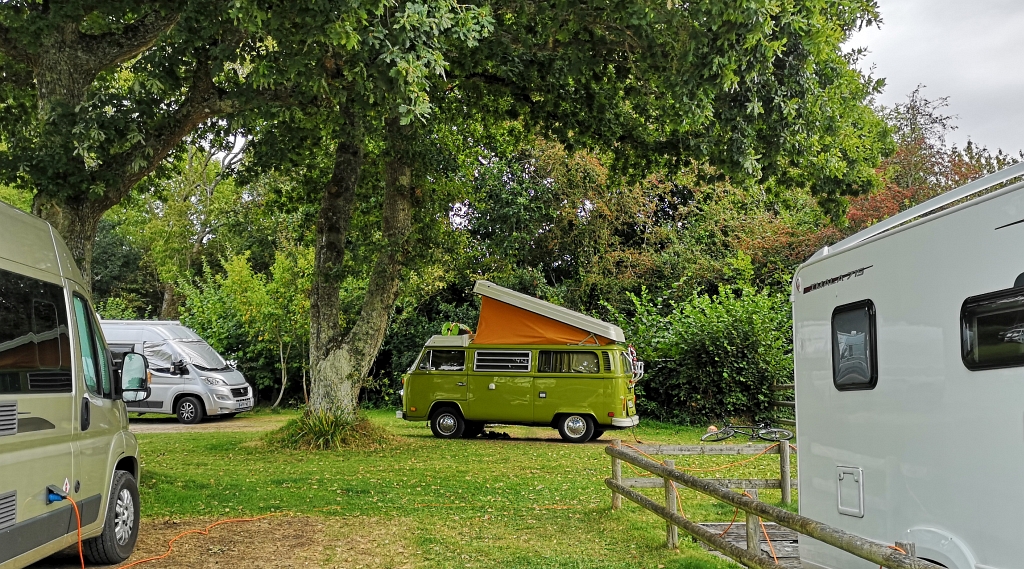 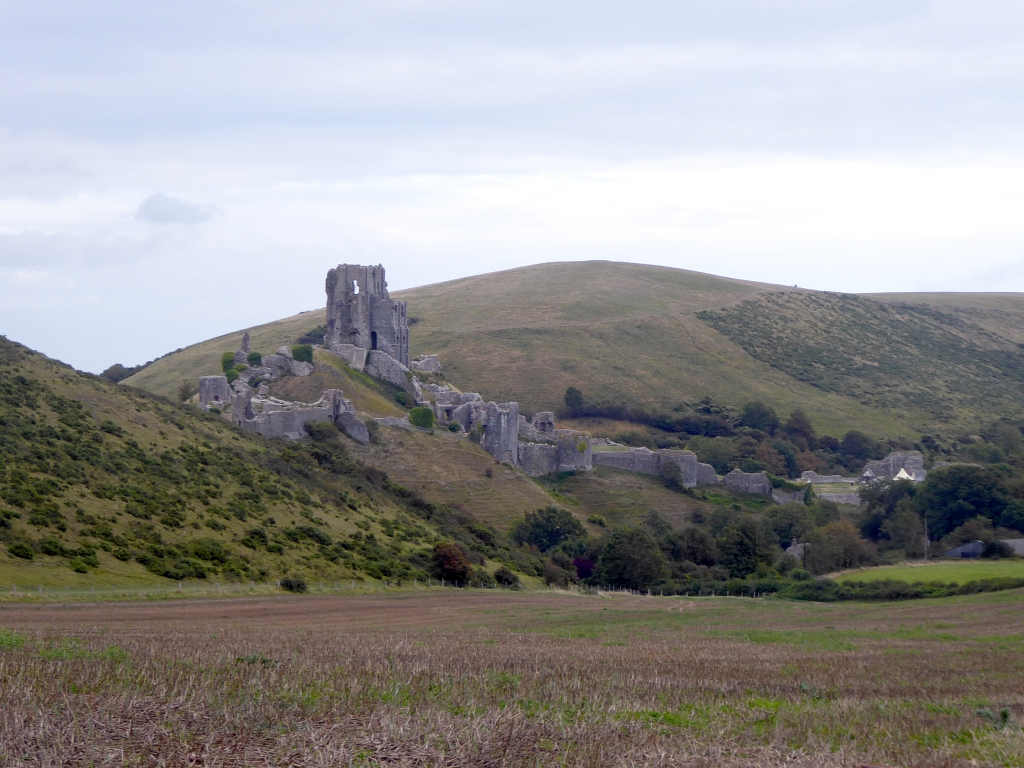 I must admit, I hadn’t heard of Corfe Castle before until I started reading about Dorset in preparation for our trip. I’m really shocked by this as it’s by far one of the most enigmatic castles I’ve ever seen. Being on top of a hill, the castle itself is visible from lots of the surrounding area however if you want to go inside the castle grounds then you will need to pay the entrance to the National Trust.

It’s definitively worth the money and if (like me) you’re a National Trust member – it’s free! As you walk around the castle grounds there are lots of interactive games and activities for the family as well as lots of information about the fabulous story of the castle and its past owners. 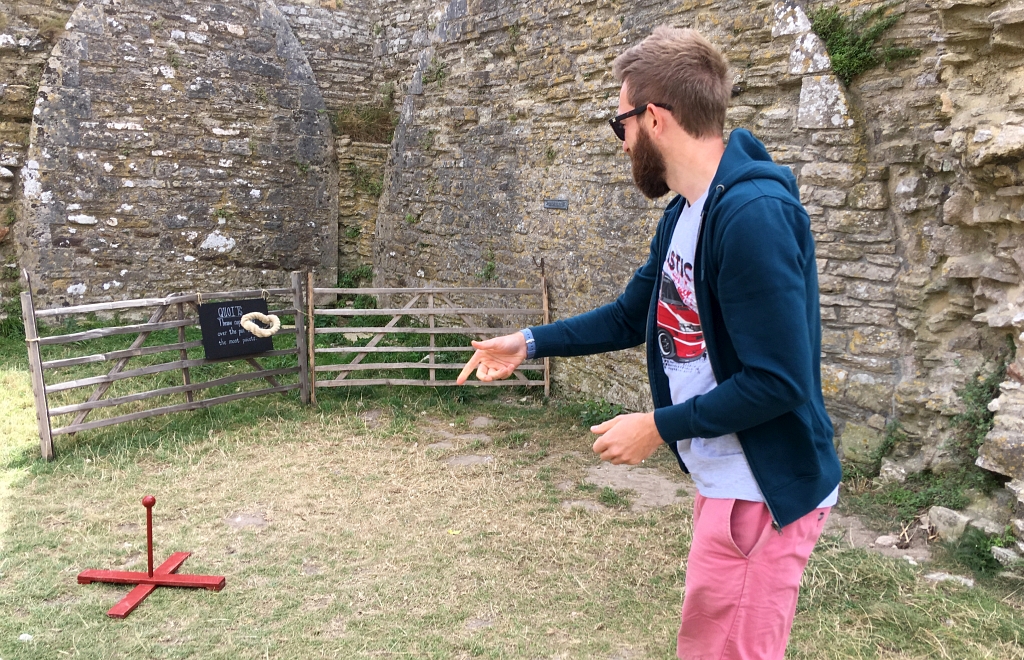 After a brilliant time exploring the castle ruins, I thoroughly recommend heading back out but not before going to the National Trust Tea Shop which is just by the entrance bridge (you could go here without paying to enter the castle itself). 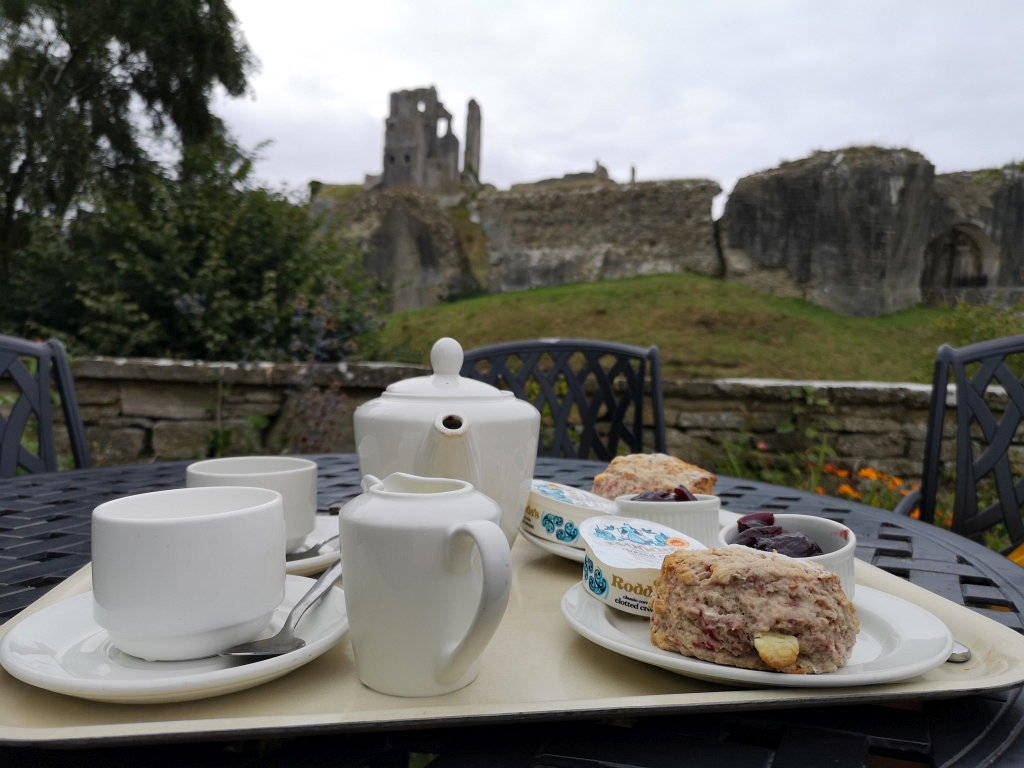 There is a beautiful Tea Garden with views of the castle. The cafe’s speciality is certainly cream teas and they have a scone of the month which is always something a little unusual. We had a white chocolate and raspberry one which was incredible! 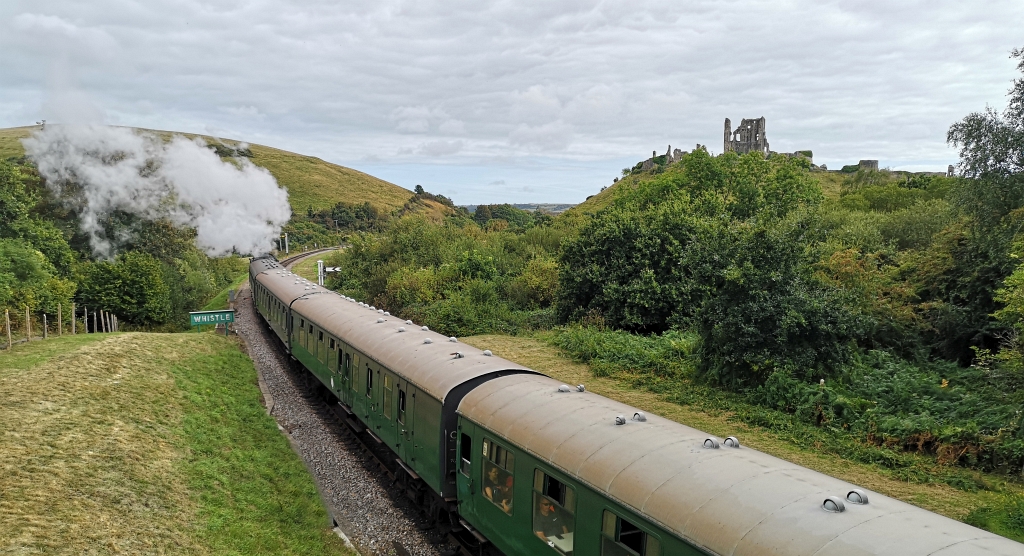 Ever since I first saw a photograph of Durdle Door it’s been very high on my UK bucket list. It’s got to be one of the most unique natural coastal landmarks in the entire country. 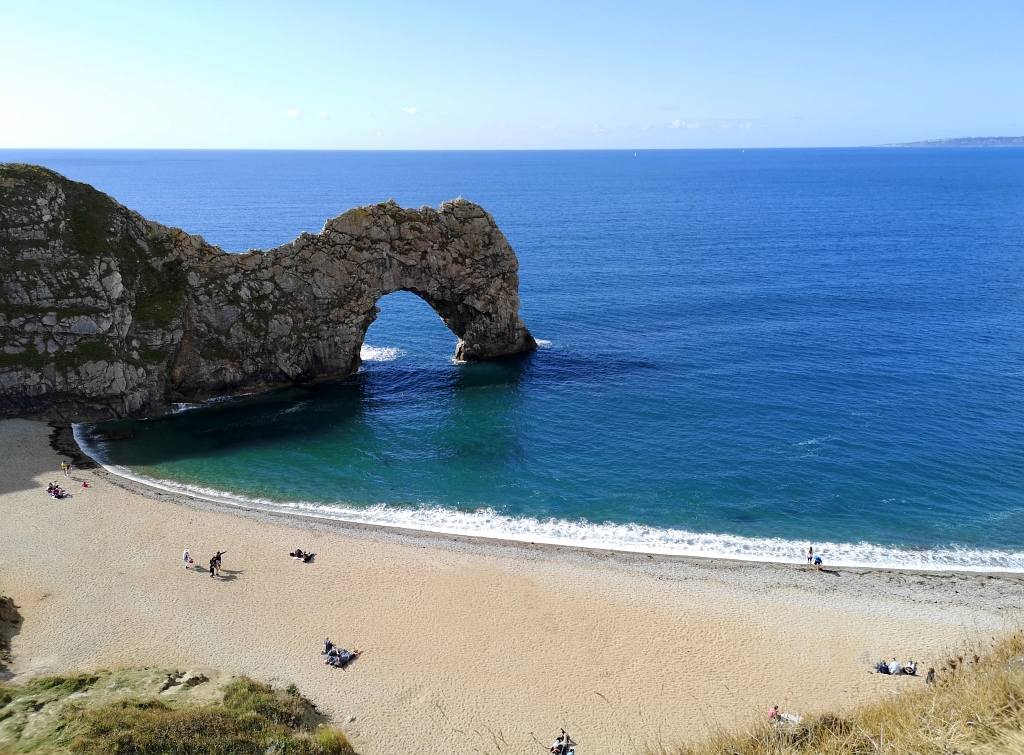 When I started looking into a trip to Durdle Door what I discovered was that Durdle Door isn’t an isolated landmark and right next door to it is the almost equally stunning Man O’ War Beach. What’s more is that within walking distance is Lulworth Cove – another famous spot in Dorset. 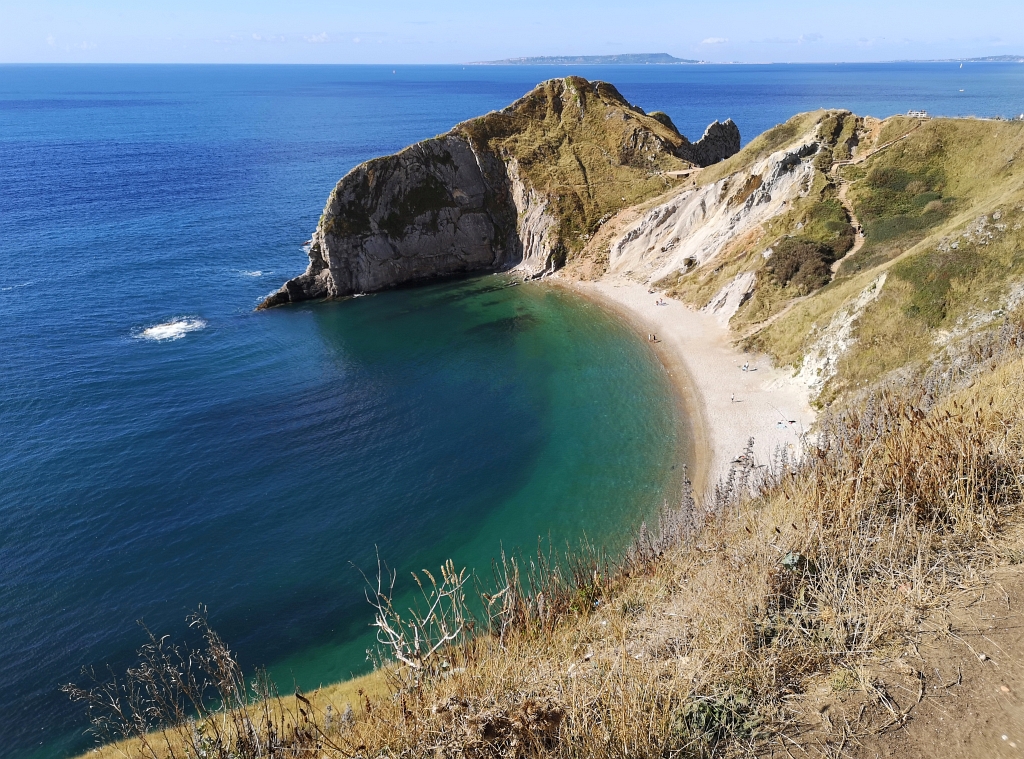 Just visiting Durdle Door wasn’t actually the activity that’s been on my bucket list. What I really wanted to do was swim through the famous sea arch. 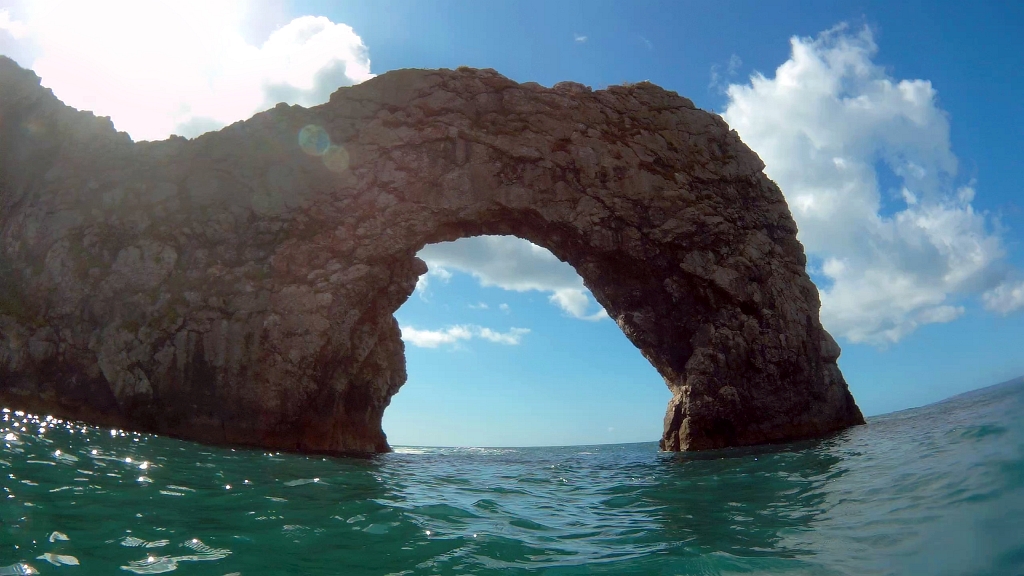 We donned wetsuits, I grabbed my GoPro and we entered the water. 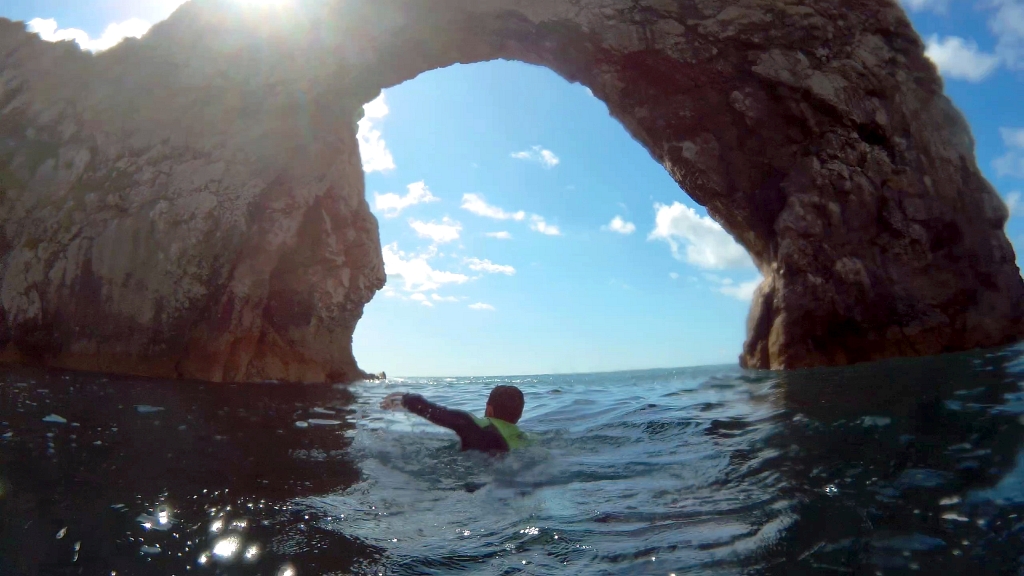 Swimming through this huge sea arch was just as epic as I had imagined. It was a glorious sunny, late summer’s early morning and few people were on the beach let alone in the water so it was as if we had Durdle Door to ourselves. 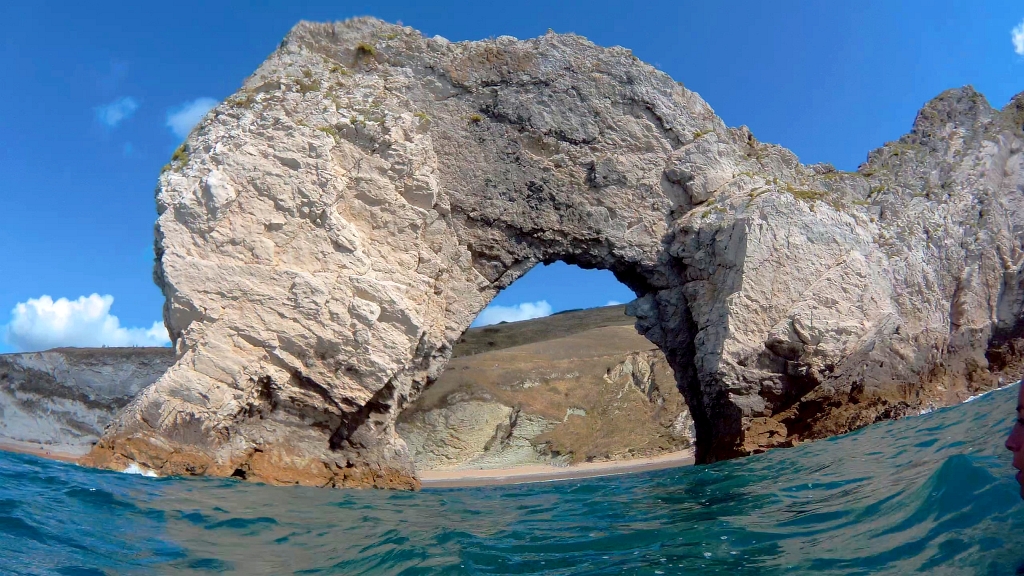 After a glorious swim, we headed back to the beach, dried off and walked West down the beach towards Bat’s Head. I hadn’t seen photos of this long, sandy, white cliffed beauty of a beach; I’m surprised though as it is very photogenic indeed. 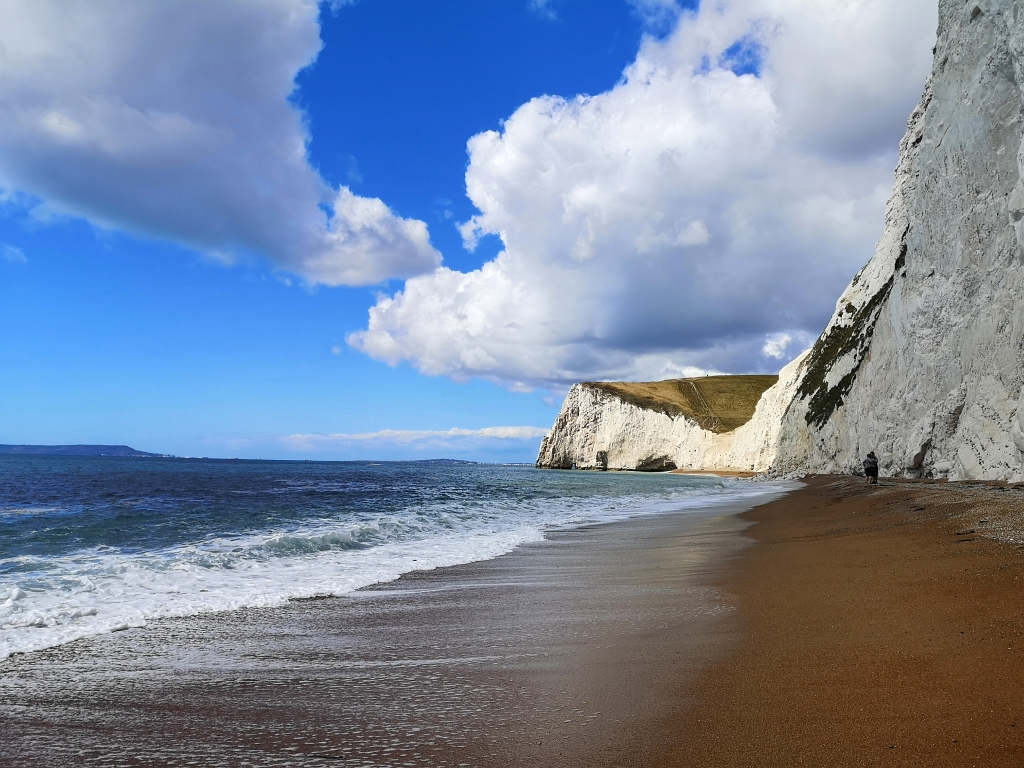 Studland and the Isle of Purbeck

One afternoon and evening we made our way down to Studland and the Isle of Purbeck to have a series of nice walks along the beaches. We started at Studland beach itself. By an amazing bit of good fortune this day happened to coincide with the Bournemouth Airshow. This meant that from Studland we were able to see all manner of historic and modern aircraft in flight.

My personal favourite was the Typhoon which is incredibly loud, powerful and fast. After sitting on the beach, picking up shells and watching the airshow for a while we decided to walk from there, passed Knoll Beach to Old Harry’s rock (another local landmark). 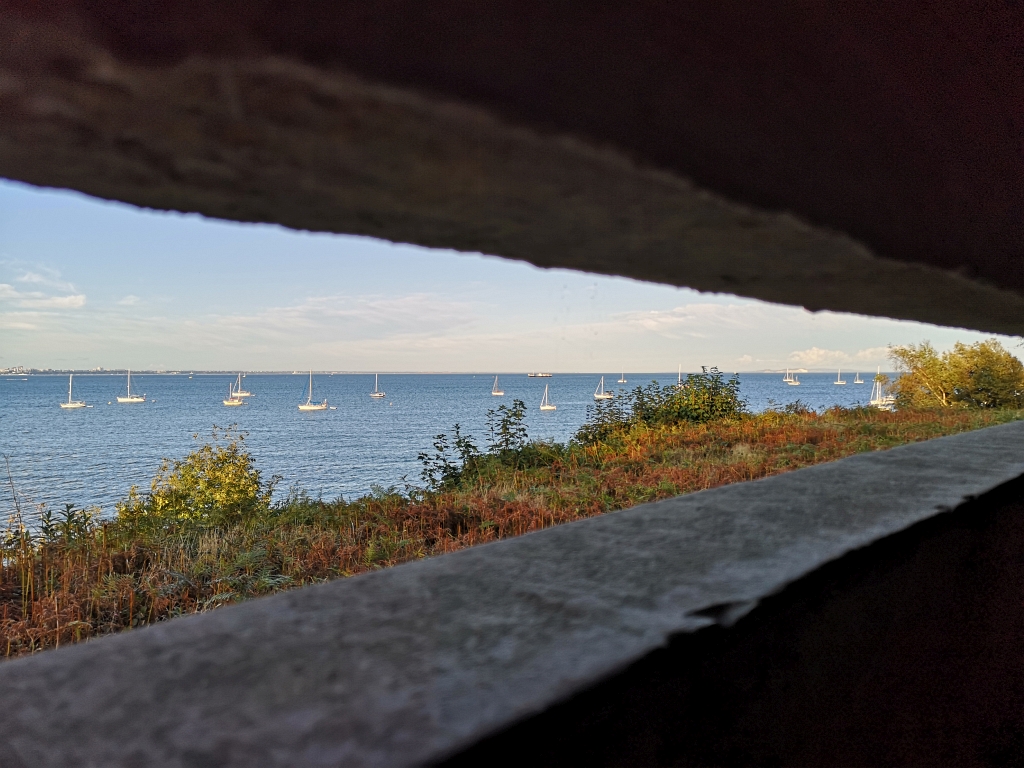 On the way we passed ‘Dragon’s Teeth’ tank traps and a huge pillbox. The information boards around explained how the area had a rich history when it came to the Second World War and there had been many defences in case of invasions from across the channel. 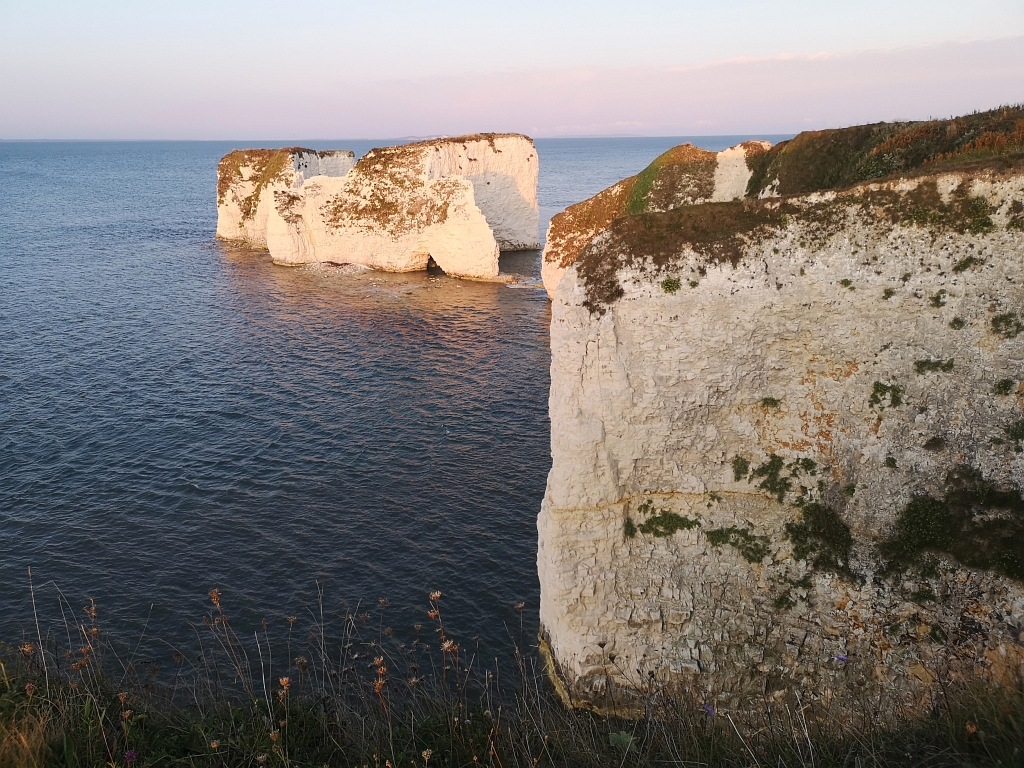 We got to Old Harry’s Rock just in time to see two Spitfire planes roar overhead. After gazing at these stunning World War 2 icons swooping around the bay we then turned our eyes to Old Harry’s rock itself. 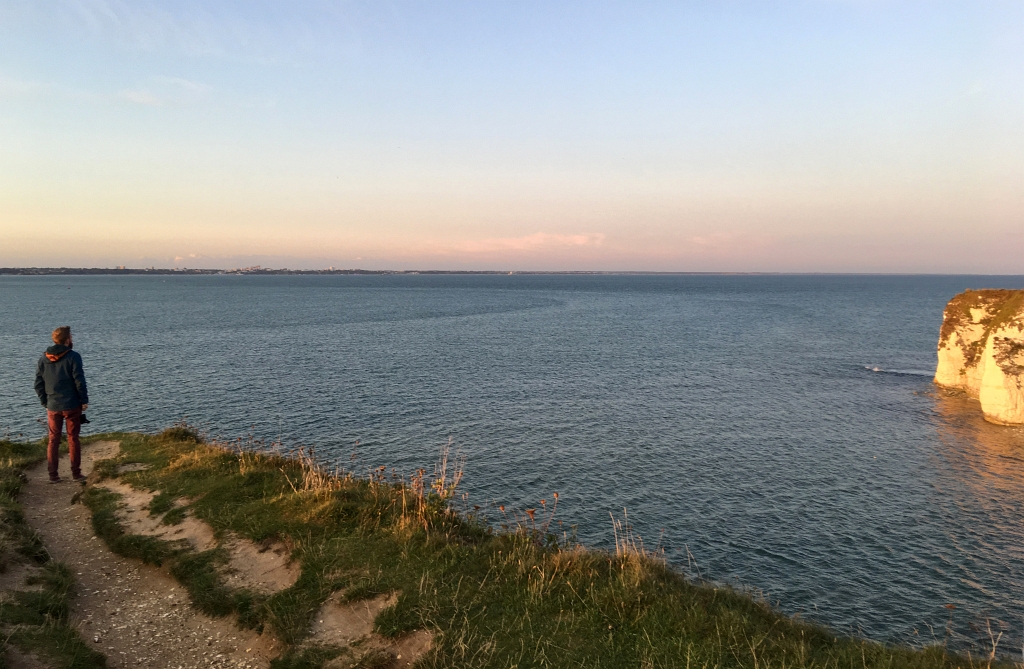 This unique, natural rock formation may not be quite as picture postcard gorgeous as Durdle Door, but it was certainly worth the walk to see it – especially at sunset. 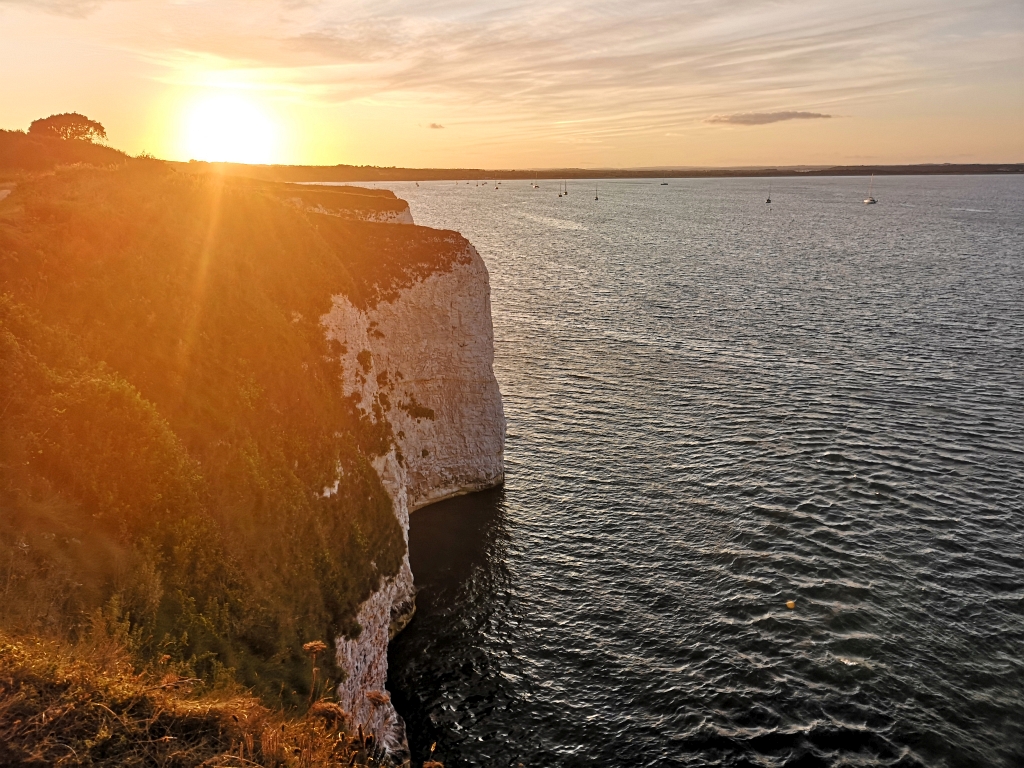 One day we wanted to explore a little bit further afield from Corfe Castle and decided to rent bikes from Cyclexperience. There were lots of different recommended routes for different amounts of times and abilities. We opted to combine two half day bike rides for a full day of riding. 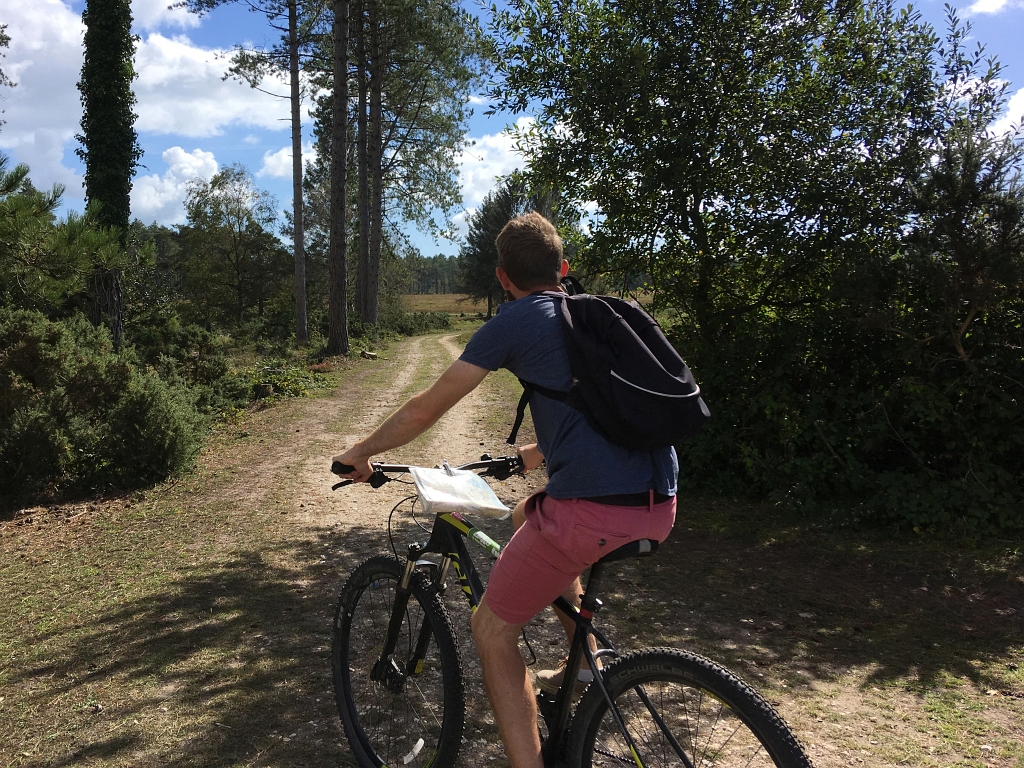 This started by leaving Corfe Castle and heading down towards the water at Studland beach. After a pleasant cycle through a really surprising variety of terrains. Once we arrived at Studland we passed the great Bankes Arms which we had drunk at on the previous night. From here we made our way up an enormous hill to Ballard Down. 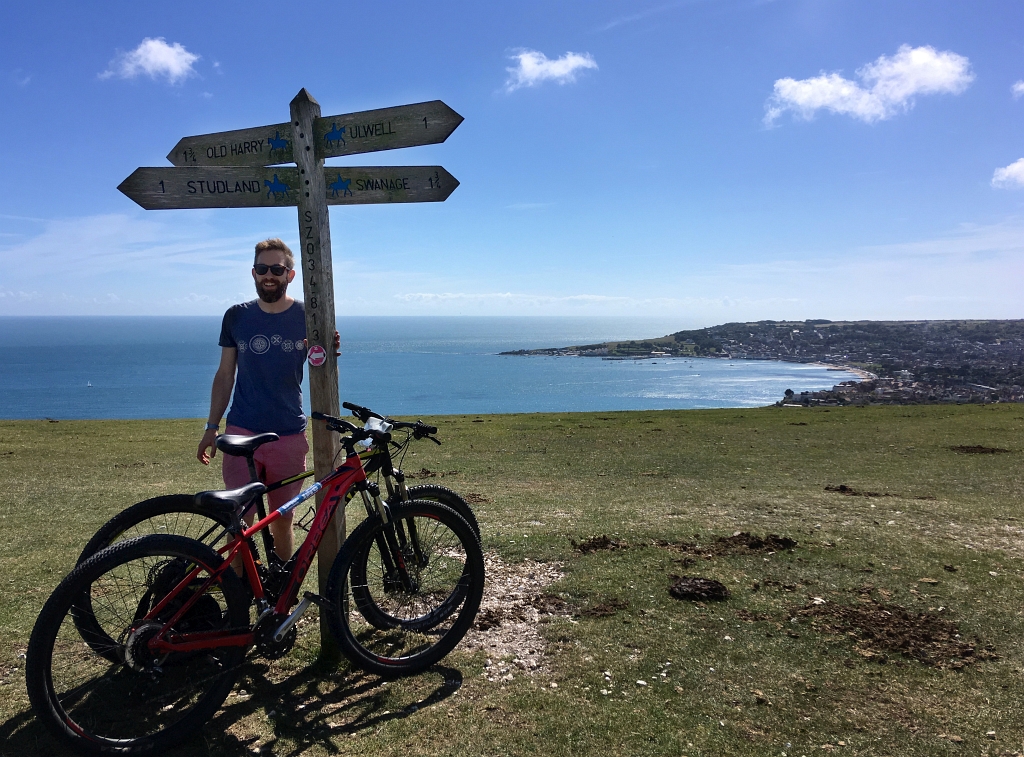 When we eventually reached the top of this goliath hill we were rewarded by incredible views of Swanage and the bay – the perfect place for a picnic. After regaining some energy we then made our way down the other side of the hill before skirting around Swanage and making our way to the final straight which was on top of a fantastic grassy ridge with Corfe Castle welcoming us home in the distance. 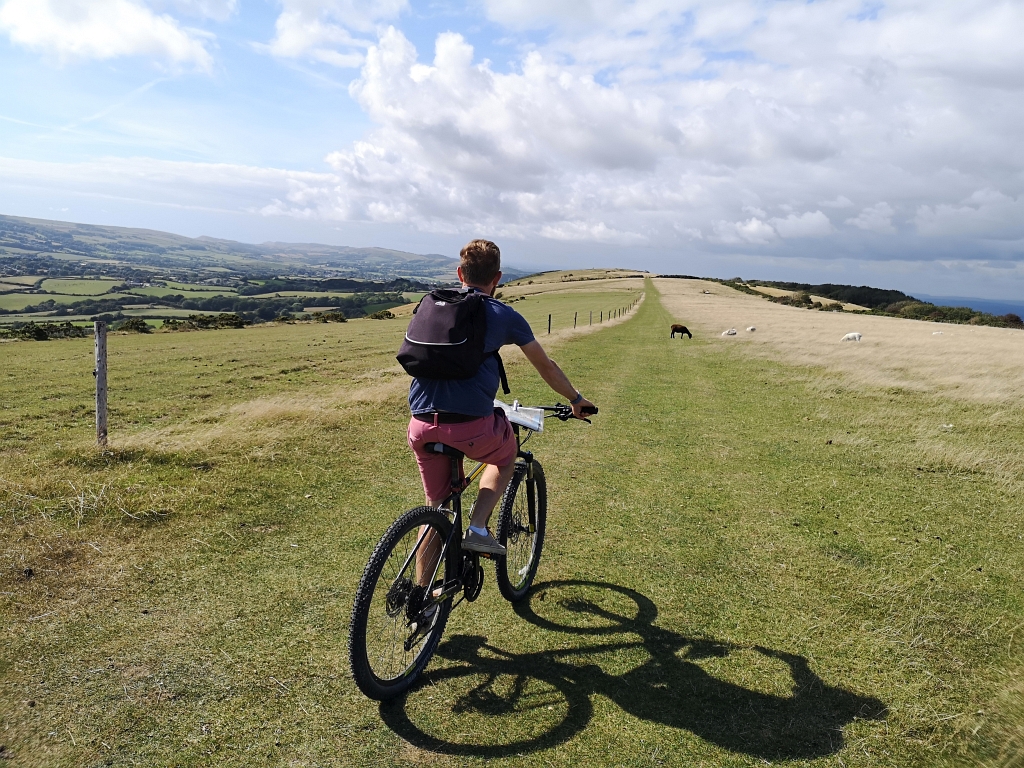 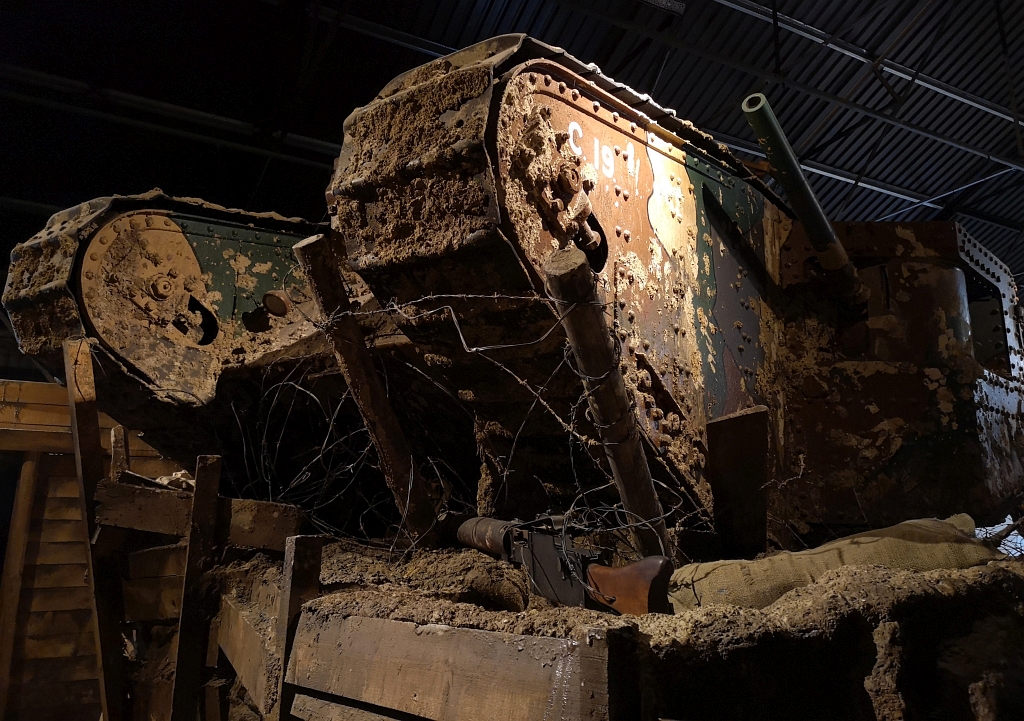 During my trips around Europe, I’ve become increasingly interested in the Second World War. Ever since this interest formed I’ve wanted to go to the Tank Museum at Bovington and check it out. The Tank Museum has over 300 tanks which date from ‘Little Willie’ the worlds first ever tank to the modern Challenger 2. 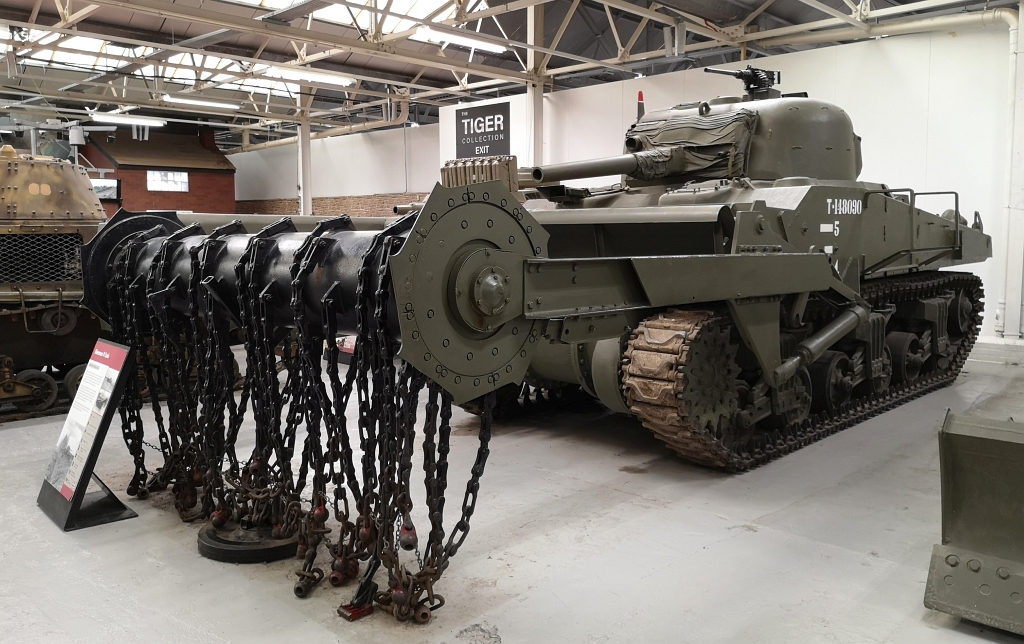 I really enjoyed this huge variety of tanks and how they’ve been adapted to suit different situations and do different jobs. For example the one in the photograph above was converted to be a flail tank to clear landmines and make the ground safe for troops to walk through. 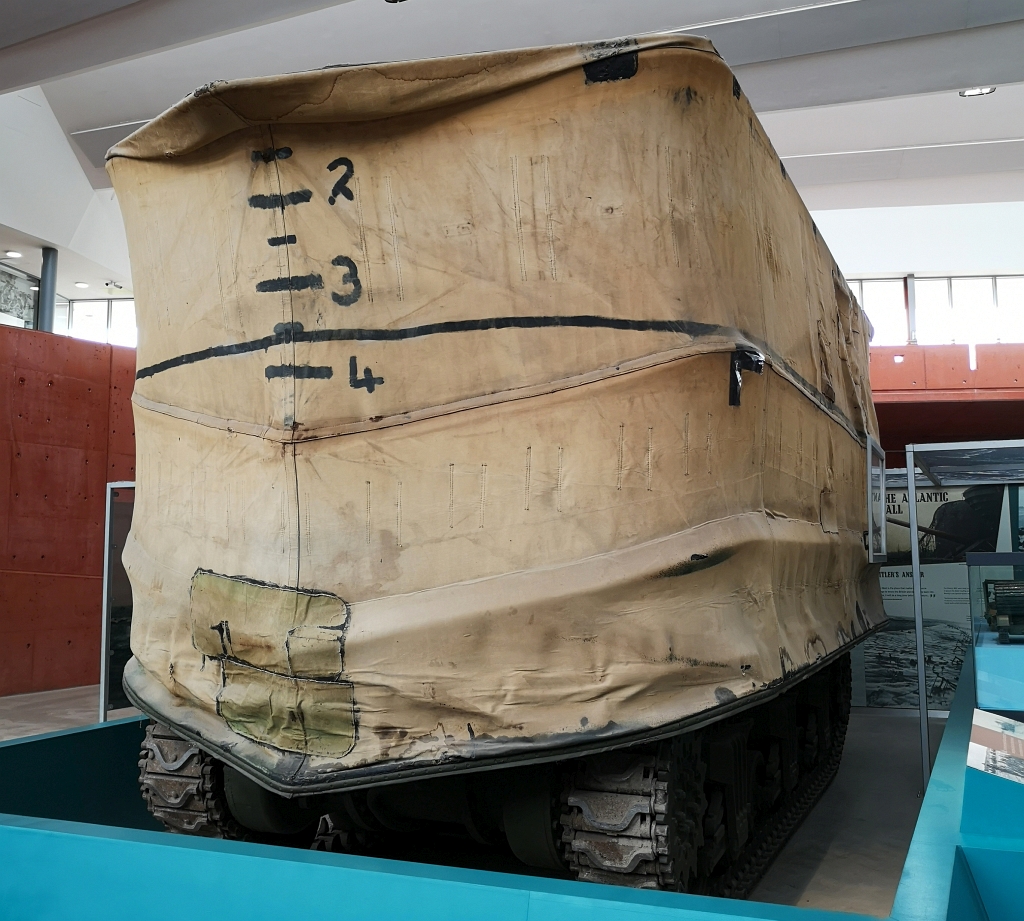 Above, the DD Tank was given a skirting which enabled it to float and was designed to land on the beaches of Normandy on D-Day. It’s not just historic tanks that the museum has on show however and they even had modern beasts like the Challenger tank in the photograph below. This monstrous tank is an awesome exhibit which you are actually able to go inside and receive a talk on life inside the Challenger.

I was really surprised to walk into one hallway to be greeted by the famous tank from the film Fury. The movie tells the story of an American M4 Sherman tank and its crew of Brad Pitt, Shia LaBeouf, Logan Lerman, Michael Peña and Jon Bernthal!

I really enjoyed the movie Fury and to see the real, working tank which they used for the film in the flesh was really great. What is even better is that the tank is still dressed with all of the props and debris that they used in the filming.

As you can tell from this lengthy post that the Corfe Castle area of Dorset is certainly worth taking a trip to. It has iconic landmarks, beautiful views, excellent attractions and a rich history. If you are a fan of camping then I wouldn’t hesitate to recommend that you stay at the Corfe Castle Camping And Caravanning Club Site – it’s a brilliant campsite and the perfect base for checking out everything that Dorset has to offer. 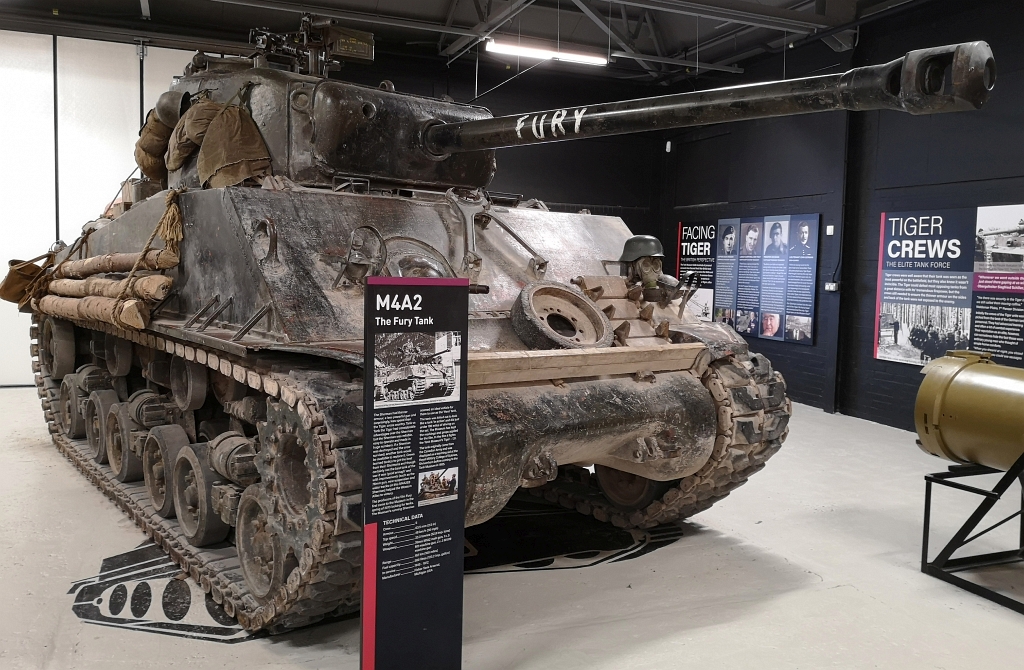