With it now being nighttime at about 5 o’clock in the afternoon, it’s definitely the time to review some methods of illuminating the darkness! I’m going to start off by talking about the Coleman Duo Panel LED Lantern. 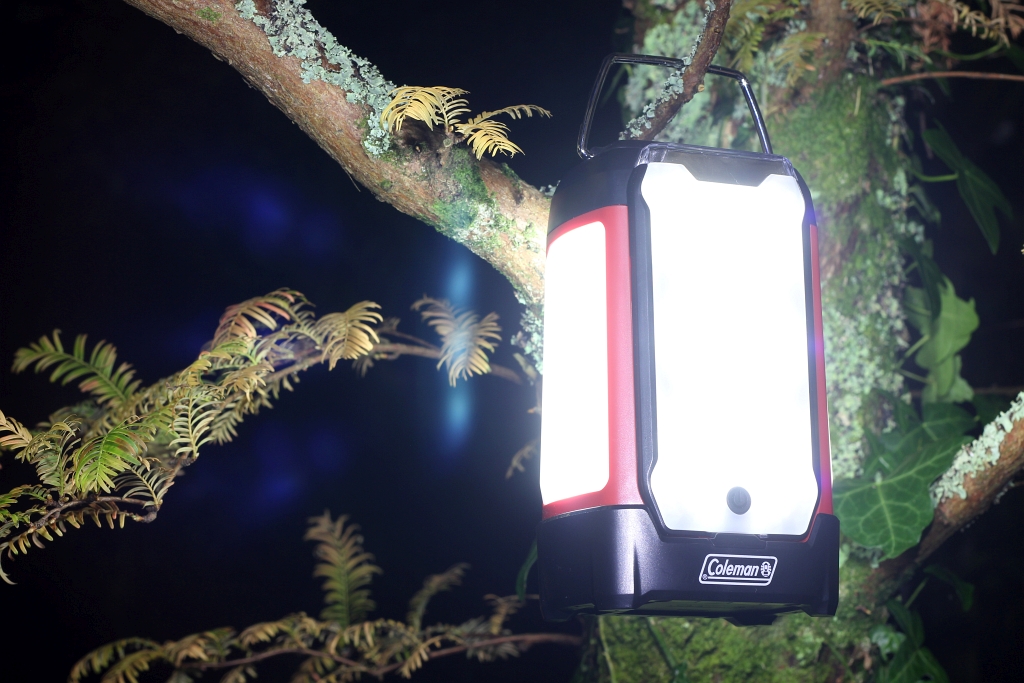 I’ve already got a Coleman Twist LED Lantern which I take with me on every major camping trip and absolutely love. So why would I need another lamp…

Well the Coleman Duo Panel LED Lantern has one very unique selling point – two detachable panels which give it its name.

On the top of the lantern is a metal loop which is perfect for hanging the lantern when camping or when carrying. Additionally, on the top there is the much needed on/off button as well as a very useful USB port for charging your phone or gadgets when you’re away from mains power. The Coleman light is IPX4 water resistant and has rubber caps on the top to help protect it from moisture.

The power can be toggled from high to low. At low the lamp gives off 40 lumers and will last for up to a very impressive 200 hours. Whereas, on high it shines an astonishing 400 lumens and still can last for as long as 20 hours. The fact that the lantern runs on 4 D batteries is a little disappointing and I’d much rather it had a built in battery which you can charge from the mains as buying the rarely used D size batteries is quite expensive. However this does mean that you are able to bring spare batteries which could be handy if you are going to be totally off grid for a number of days. 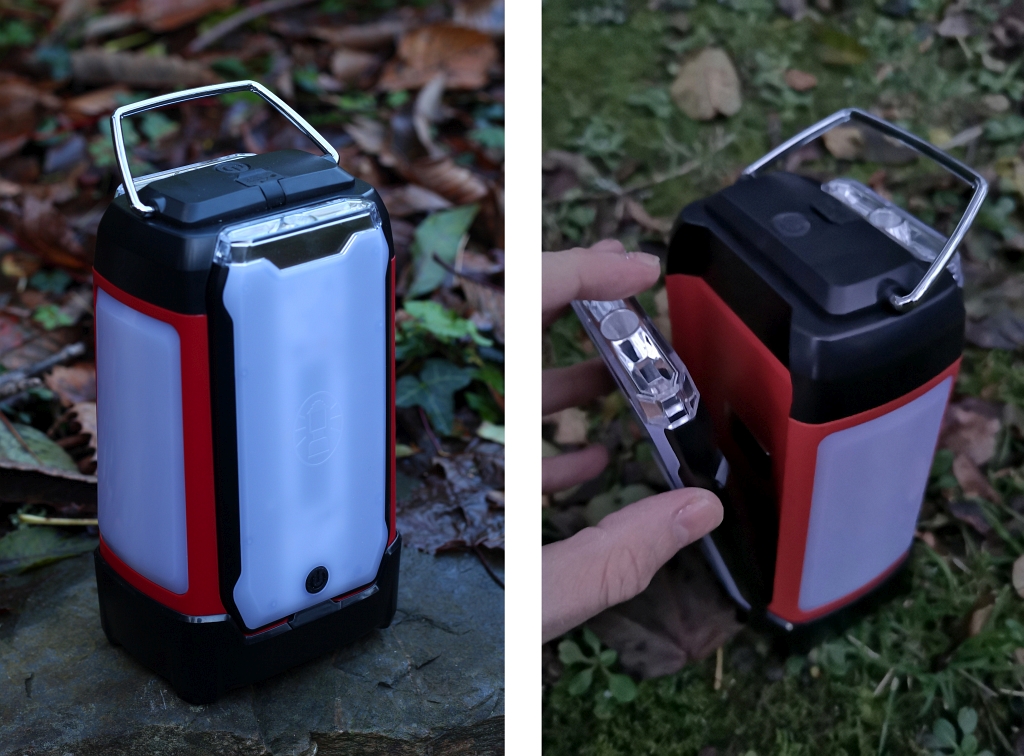 So onto the most impressive feature of the Coleman Duo Panel LED Lantern – its detachable panels. Although it looks like a regular lamp, two of its side panels detach completely. This allows you to easily remove them and use them separately. They are magnetised so stay perfectly connected to the lantern at all other times and what is really smart is how they charge themselves from the main lantern when they are attached. These same magnets can also be used to attach the panels to metal surfaces – genius! 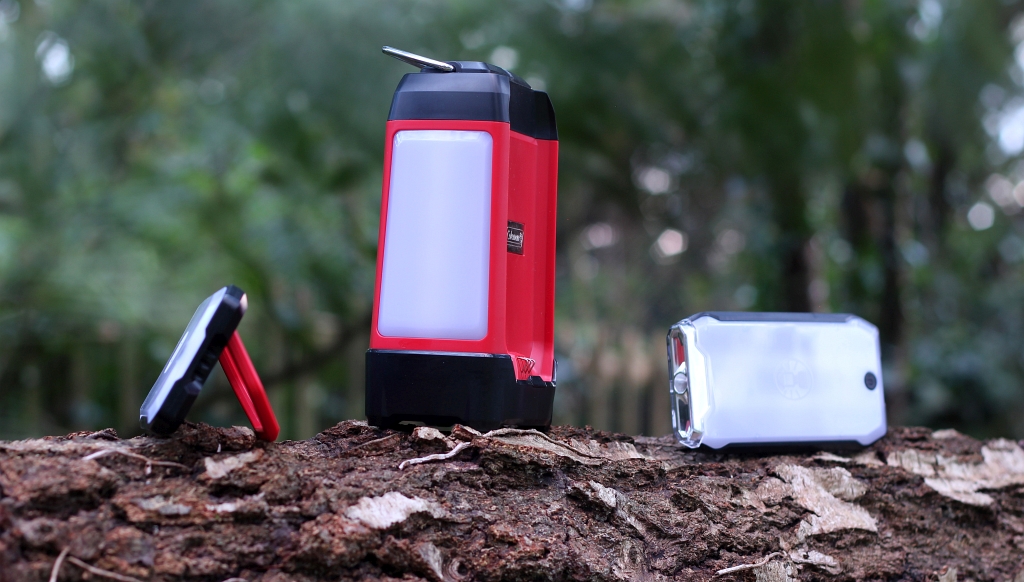 They each have a pop out stand on the back which has two angles at which they can be posed. This allows you to set them up to illuminate exactly what you want. They even maintain the high/low lumens controls when functioning independently from the core light. Further to this, they also both work as torches with one longer range directional bean on the end of the panel. 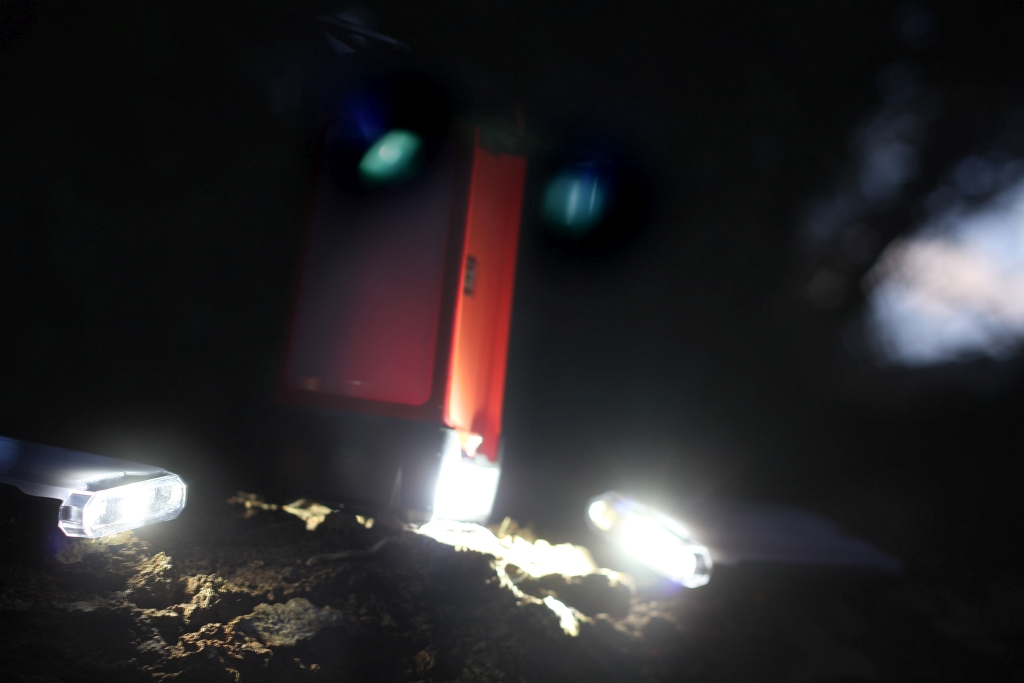 This lantern could easily be your first choice of device for camping, power-cuts and general use. I love the two detachable panels and find them hugely useful especially when doing things like cooking whilst camping. I’ve used the magnets on them to attach them to things like camping stoves and the stand to help light up a work surface when preparing food. They work seamlessly and are very intelligently designed. The lantern itself is a practical size and weight 12 x 12 x 19 cm and 620g and can give off an impressive amount of light for a lantern of its size. After using a lantern as multi-functional as this, I do think I’ll struggle to go back to a regular LED lantern. 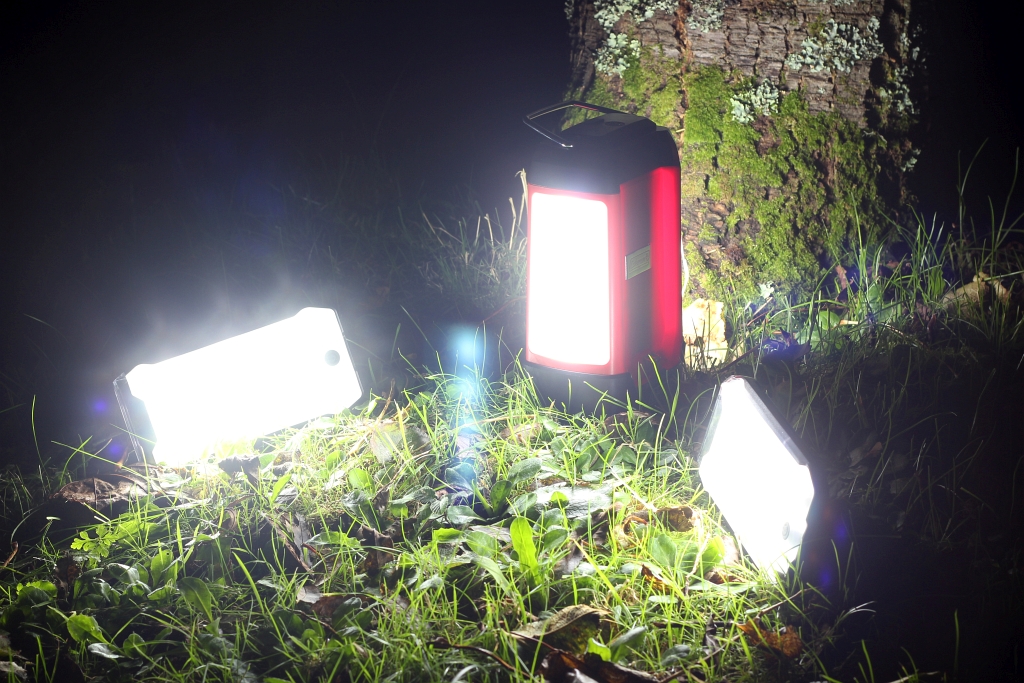 Now from something large and great for lighting up a whole camp to something a little more portable. The Go Travel Mini Floodlight is a clever little gadget which is perfect for popping into your bag when you’re off on any adventure big or small. 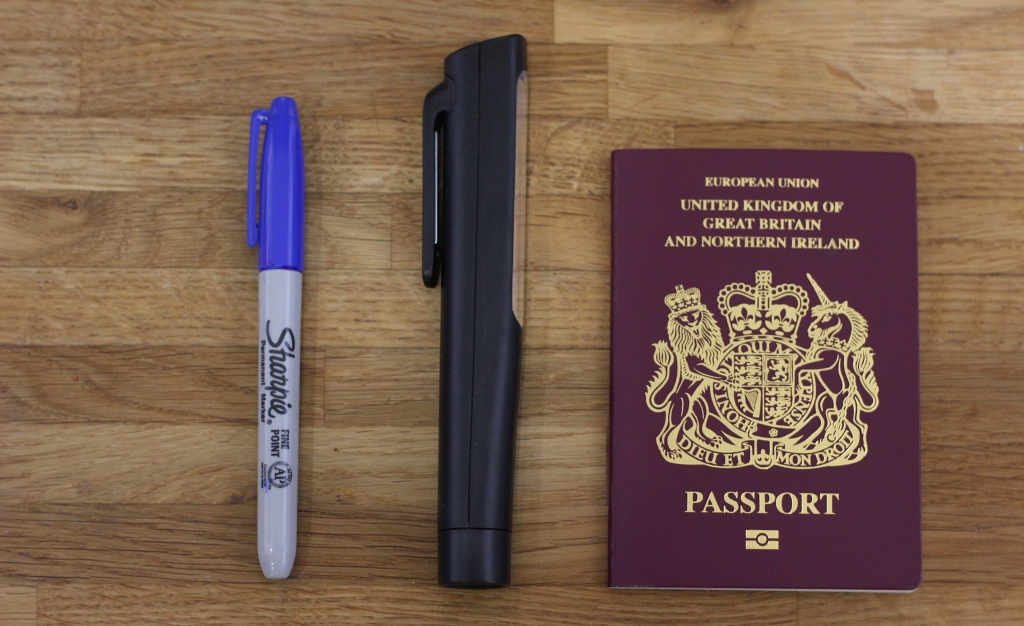 It is about the size of a felt tip pen and takes just three AAA batteries but despite its petite appearance it’s bright enough to light up a really large area. It generates this 1.5W of light with modern COB strip light technology and really creates a brilliant white and expansive beam. 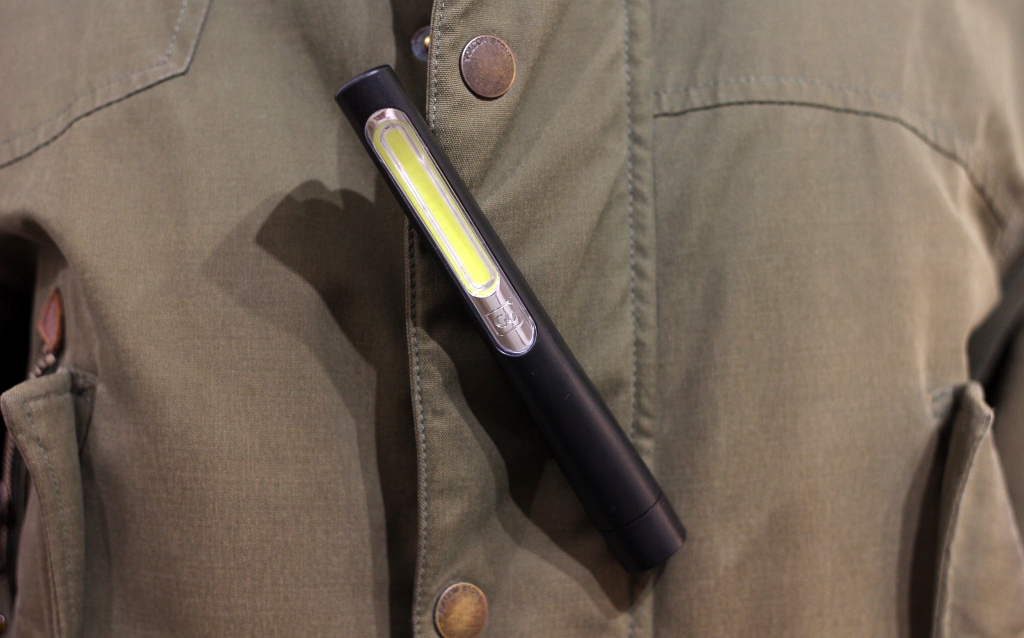 It takes its design strongly from the pen and even has a clip on it, this is great for attaching to different surfaces or even to yourself! If this wasn’t enough the clip is dual functioning and also magnetises to metal surfaces. This is really handy in all manner of different situations but I have found is especially useful when staying in campsites or hostels. 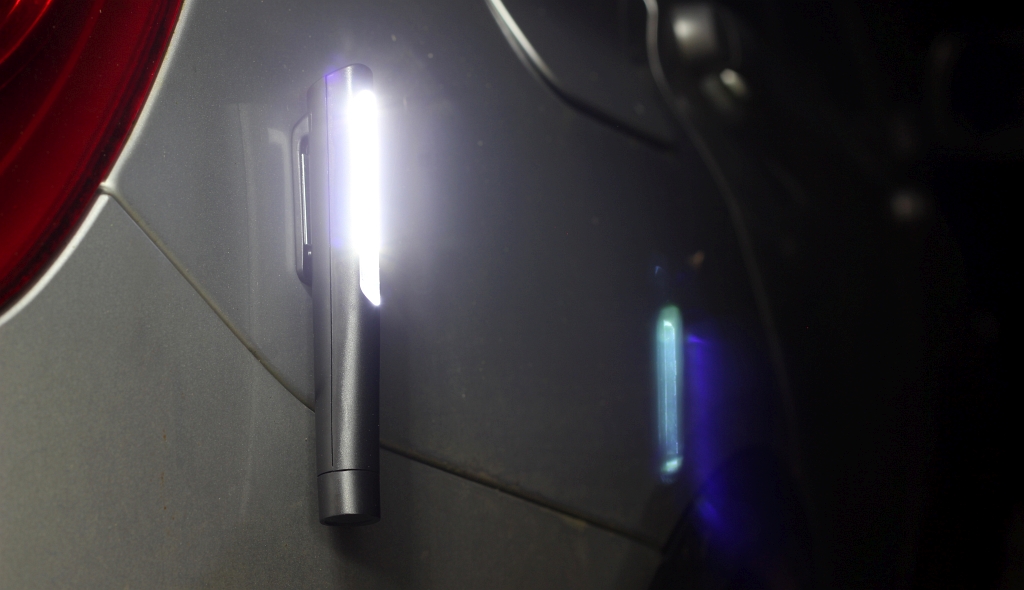 This mini-floodlight is great for taking with you on your travels. The AAA batteries are readily available all around the world although you’re unlikely to need to replace them as they can last up to 100 hours. A really handy light that works in a multitude of situations. 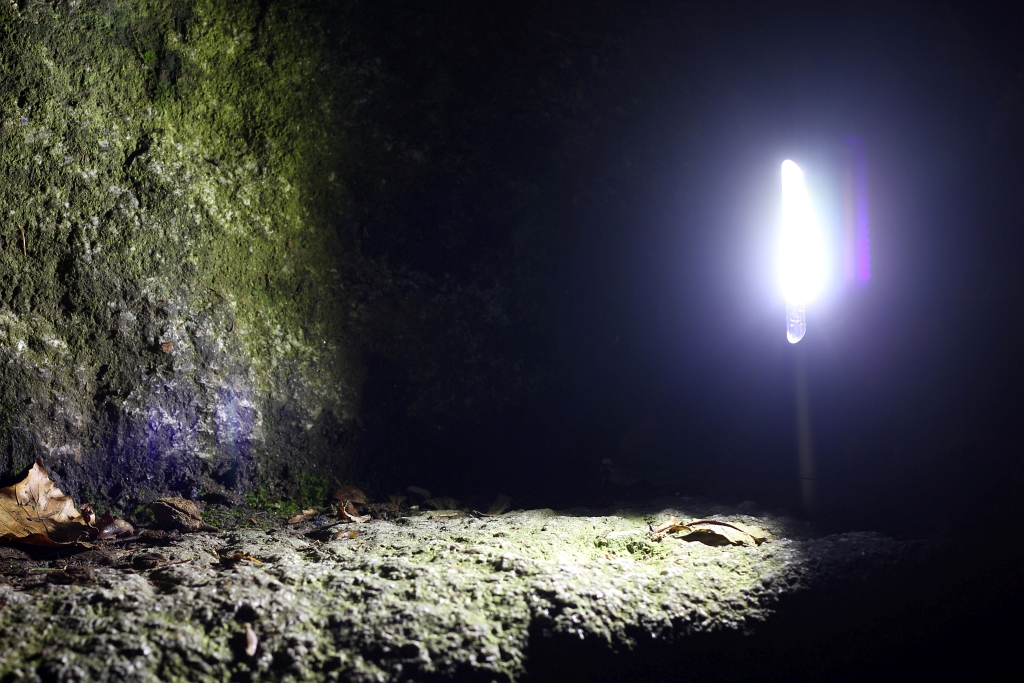