With the start of the summer sun beating down, I decided to ignore the reports about wind and swell and head to the North Coast in search of an adventurous afternoon and fishing. It’s a short drive to one of my favourite fishing spots on the North Coast of Cornwall: Tubbies Head. This rocky outcrop is located on the cliffs between St Agnes and Porthtowan and, in the right conditions, can present some awesome bass fishing.

As I arrived at Wheal Coates, the former tin mine which started work back in 1802, I started the short walk to the cliffs. It’s a fantastic walk that takes you right past Towanroath Engine House, which was the pumping house for Wheal Coates. All of the three engine houses here are a mere 200ft above the sea. On this day they were definitely even less than that as it was almost hitting high tide and the big, aggressive swell was causing huge waves to crash against the cliffs, creating water that shot and splashed high into the air. 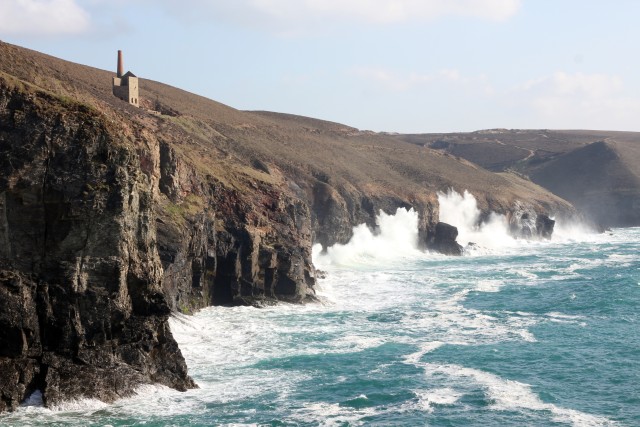 As you get down onto Tubbies Head, it flattens out and you are forced to climb the remainder, down the steep cliff. I definitely wouldn’t advice doing this solo as it’s pretty dangerous and I was foolish to do it on my own. When I got down to the water’s edge it didn’t feel any safer. The swell was big and I felt pretty nervy, people have been swept off these rocks whist fishing and died before. I was feeling even more silly for not bringing company. 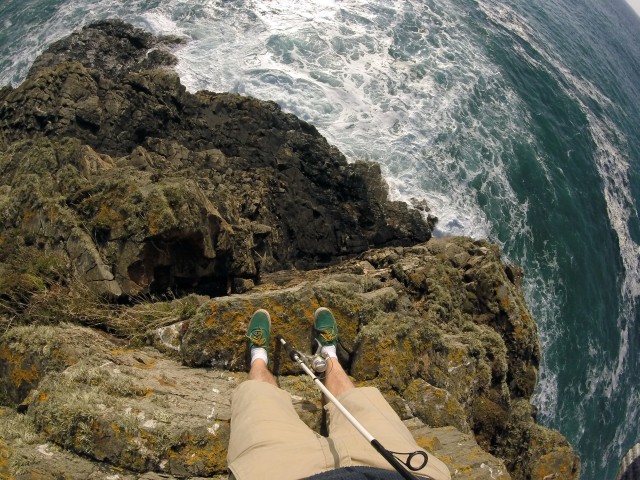 I got out my new Shimano Vengeance rod out, popped on a nice light coloured 23g SavageGear Sandeel to use in the bright conditions and cast out into the pumping white water. After about three casts I felt the salty kiss of the sea mist from a breaking wave close to me. Too close. I grabbed all my things and scampered up the rocks. 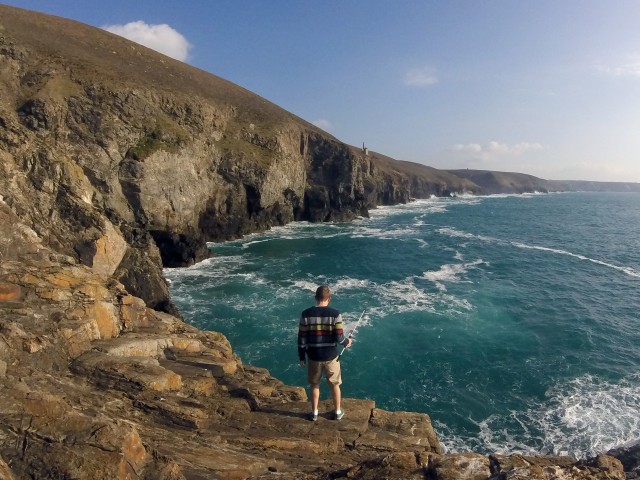 Not wanting to give up without a fish, I climbed over the head from the West facing side to the East. It seemed a bit safer here. Then after a couple more casts a wave broke on the cliff to my right. The water was fired to a height at least three times higher than me. This was my signal to give up. I love fishing and bass are great but they certainly aren’t worth putting your life in risk over. 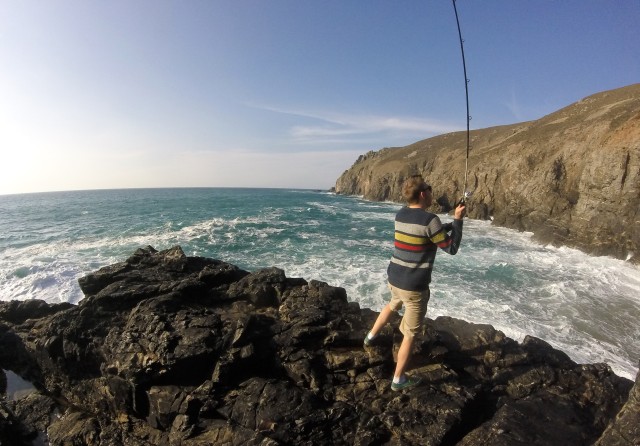 Back on the safer ground of the top of the rocks I sat, chilled out, admired the view and watched the fireworks display which was the huge waves hitting the rocks below me. 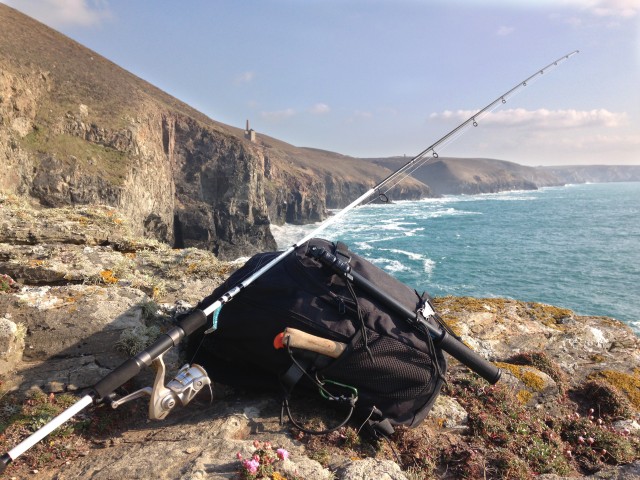