My friends and I are regulars at our local pub for their weekly quiz. We can’t quite decide on our team name: we’ve had “Spiders from Mars”, “Badgers not Hedgehogs” and “Fantastic Four” to name but a few… I’m sure one of these days we will find one we want to stick with. Normally we get to the pub early for a few drinks and a catch up. In the last few weeks, we’ve been playing cards and board games to start the night off. I decided that I would bring my new game “Timeline: Music and Cinema” (we’re never that good at the pub quiz, so thought this game may help!). 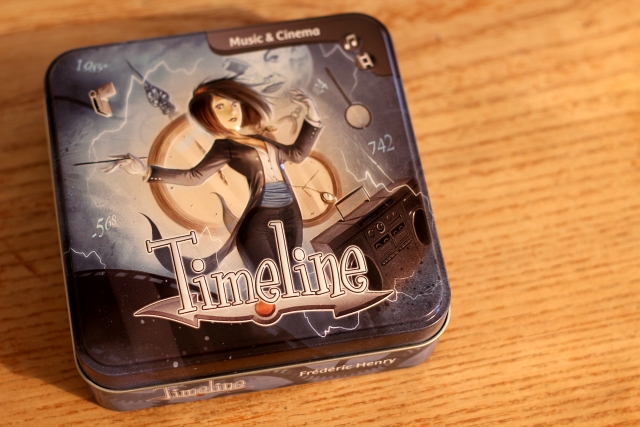 It has to be the easiest game to pick up and is great fun. It’s all about knowing dates in history. There are just over 100 cards in the box and the instructions are really easy to follow. Each card has a historic event pictured on both sides, the year this event happened is written on one side only- this specific version of Timeline is all about music and cinema. The setup is simple: each player gets 4 cards in their hand, date side down. 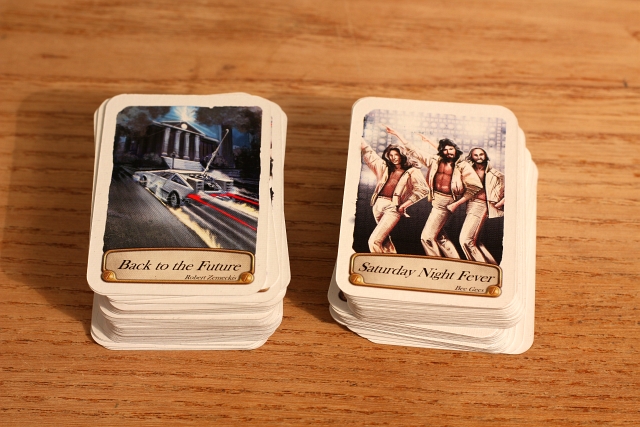 The game begins when a card is taken from the main pile, it is placed in the centre, date side up. Players then take it in turns to play one of their cards next to it in chronological order with the starting card on the table (without looking at the dates – obviously). If a card was laid correctly, it is left in the timeline and the players continue taking one turn each. However, if the card was placed in the wrong date order, that player must take that card back and discard it, taking another card from the main pile. 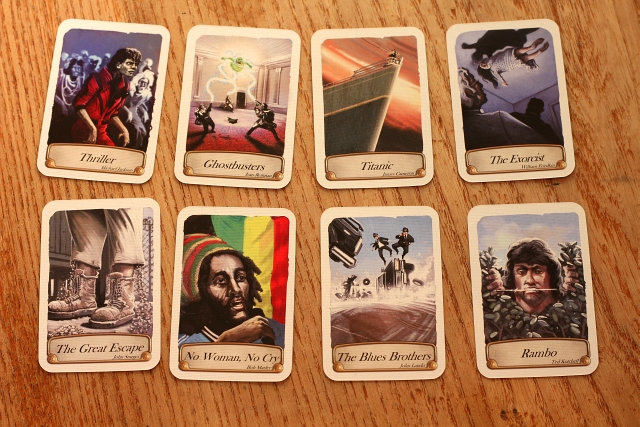 We played this for about 30 minutes and it was such a laugh. It got harder as the game went on, as there were more and more cards in the timeline and you had to be more accurate with your guesses. I was down to 2 cards- I had the movie Titanic and “Mamma Mia” by Abba. I remembered Titanic was released in 1997, so played that correctly. However, I have no idea when Mamma Mia was released, so took a wild guess- probably around 1977. I placed it in the timeline, however the position wasn’t right, and sadly because of this error I ended up losing the game. The game finishes when someone gets rid of all of their cards. Everyone seemed to enjoy it, so we decided to start with 6 cards instead of 4 for the next round to make it last longer.

I’m really excited to see what other versions of Timeline are available- I want to get Timeline: Science and Discoveries next. What is really cool is that you can mix the different versions together to make the whole thing even bigger.

Overall, Timeline: Music and Cinema was such a hit with everyone and they’ve asked me to bring it again next week. 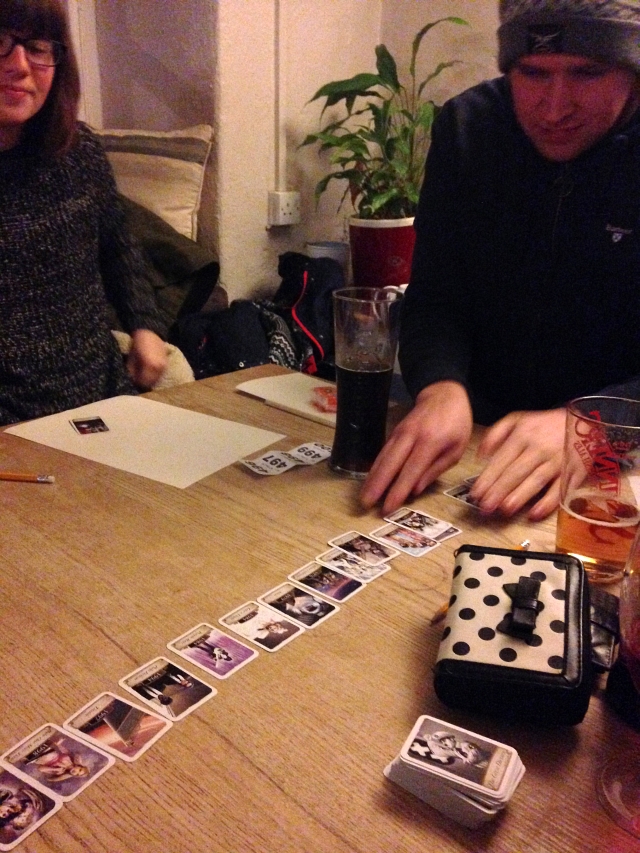