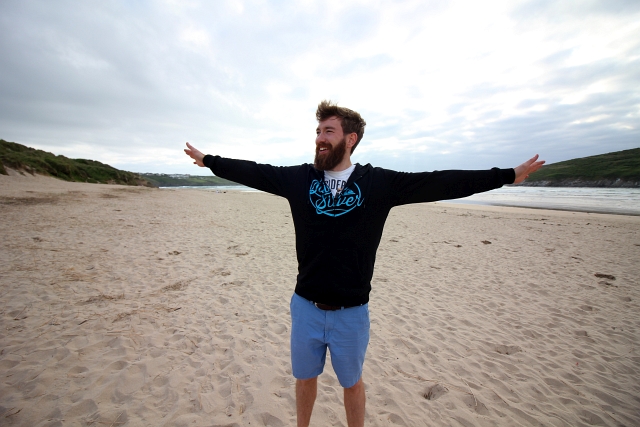 It’s been an awesome start to the summer. I’ve built up a little collection of photos and anecdotal stuff we’ve been doing so I thought I’d share it on here, cos that’s well what my site’s for! I’m going to try and keep this pretty text light and photo heavy as they paint 1000 words and all that. Don’t be surprised if I ramble on though, it normally happens. 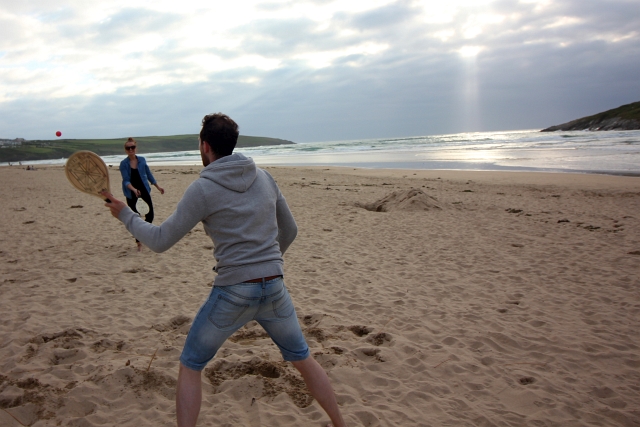 Beach BBQs have literally become a weekly occurrence and I’ve been getting some serious use out of my little Weber BBQ. I’ve properly mastered it now and have been feeling like king of the mini BBQ! Also this totally sounds like product placement but the cheese baps and vintage cheese burgers in Lidl are awesome. Try them out! Every time I serve them up people say how great they are! Don’t forget the beach games too the Aerobie Frisbee, Smite and bat and ball are all time beach favourites, they never leave the van. 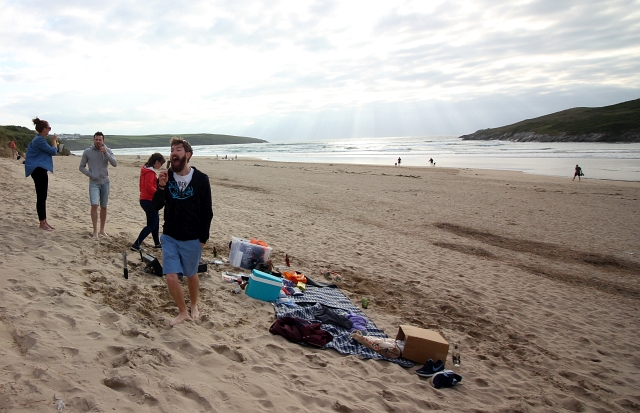 We went to watch Backbeat Soundsystem, who are easily the best Cornish band. They tour all over the UK so even if you’re one of my many non-Cornish readers you can still check them out. I go and see them whenever I can, luckily this time they were super close to my house! 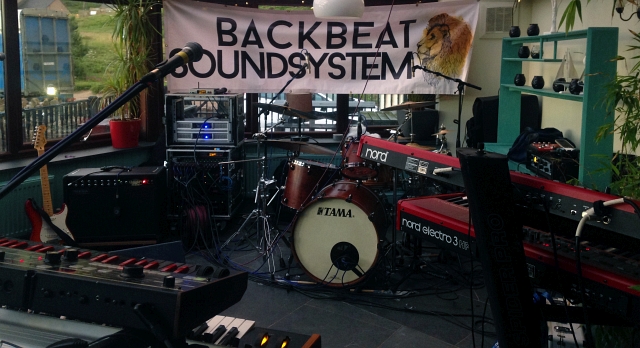 I also took a short trip to St. Mawgan near Newquay to the Japanese Garden. Considering I really like Japanese garden design, planting and bonsai, I’m really surprised that I hadn’t been previously. It’s a great garden and really very mature and well established. There is also a shop that is connected which sells bonsai and equipment. Well worth a visit if you’re into it or not. 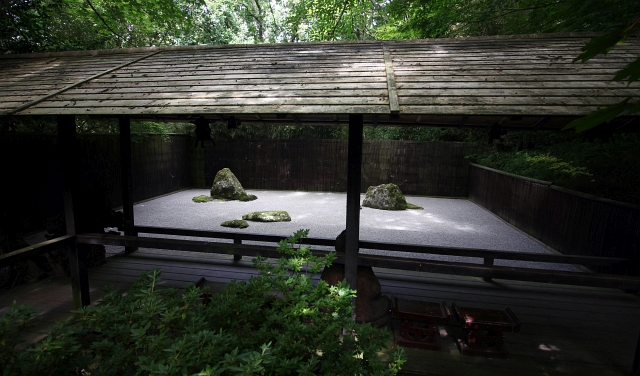 They have the best classic koi pond, with loads of Monster Koi. I loved it and could have spent all day chilling out there. 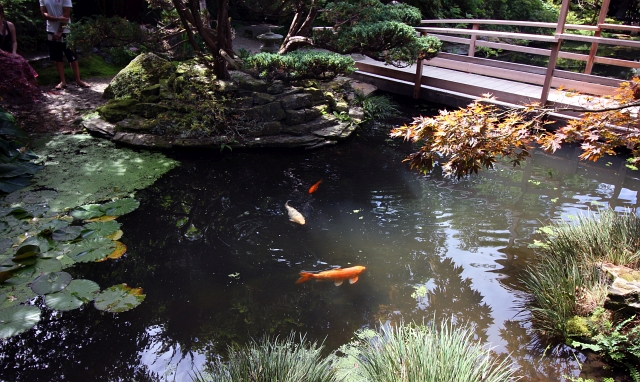 On one beach BBQ down on the South Coast for a change, we invented a game of head hoopla. One person stands still away from the group and you compete to be the first person to land the Aerobie on their head. 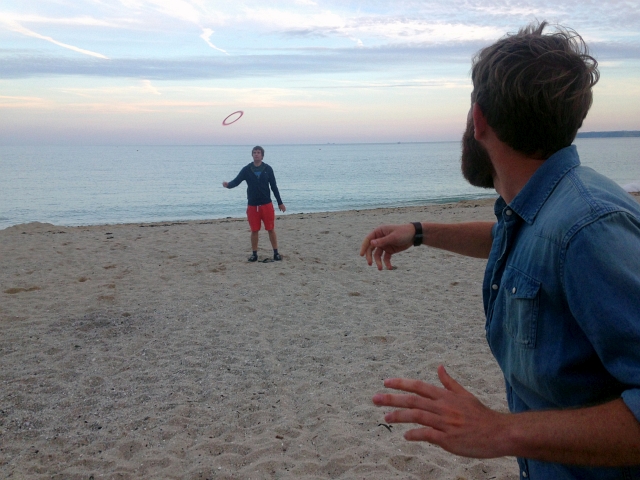 It took a surprisingly long amount of time for someone to win the game (we might have had the distance too long). However, eventually someone did. 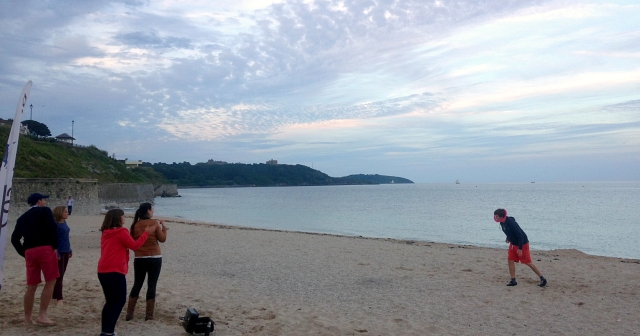 On other dry days we’ve been cycling along the brilliantly flat Bissoe trail. If you don’t have long you can just go one way, or even better ride straight to the pub at Devoran.

Randomly, our pub quiz team decided we would moonlight as a karaoke group also. The six of us headed down to a local pub doing Karaoke and killed it. I’m totally amazed I didn’t get signed to a record company. My friend and I busted out All The Small Thing by Blink 182. She sang it, I kinda sang-spoke it and we both pogoed – a lot. The crowd cheered! The next week my mate and I attempted Pretty Fly for a White Guy by The Offspring thinking we both knew it pretty well. Turns out, I didn’t know the words, he didn’t know the words and no one cheered. 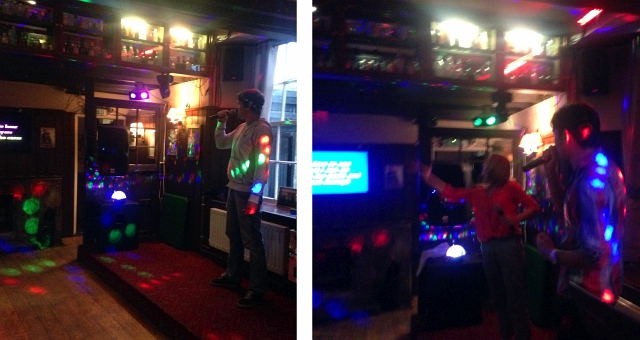 We met up with some friends from Devon and went camping really close to home at Perranporth at The Perranporth Camping and Touring Park, being so close to the beach and such a popular place, the prices are a bit steep in my opinion. But then again it’s Perranporth in summer so what can you really expect? It’s dog friendly too, so our friends were able to bring their new puppy. Awesome! 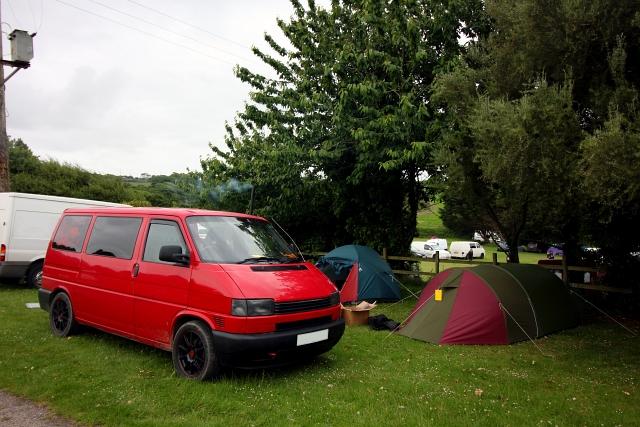 The also had a frontier stove, which was awesome. I was amazed at how much heat it kicked out from all angles. It was much more than just a stove and was a proper focal point for the evening. It’s tall chimney took the smoke way up and out of our camping circle. I really want one! 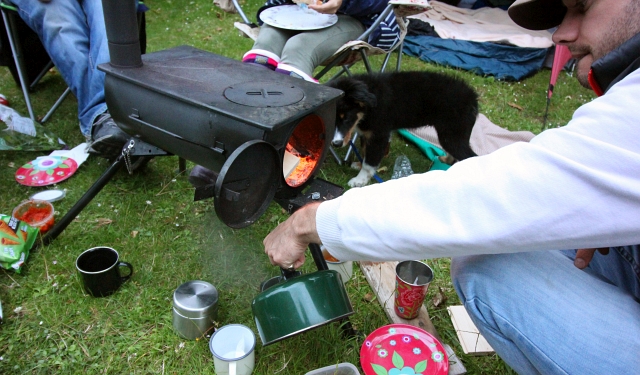 As you’d imagine we spent a lot of time at the beach, the dog loved it and it’s owners tried to help him overcome his worry over water. A few controlled dunks and he was swimming along no problem! Anywho that’s some of what we’ve been up to over the start of the summer. Lots done already and there’s still months to go!