Mike and I wanted to make the most of our second Snowdonia trip, but knew that our first day would be mostly spent travelling there, so sadly no time for hiking up any mountains. We decided then that we would take a different route to the hostel than last time, which although slightly longer, was well worth it! This was along the North Wales Expressway (A55). The road takes you along the north coast of Wales and the views are awesome; mountains on one side, the sea on the other.

We wanted to warm ourselves up for the next few days of hiking which we would be doing, so we planned to stop off for a short and easy walk to Aber Falls waterfall near the village of Abergwyngregyn, just off the A55. 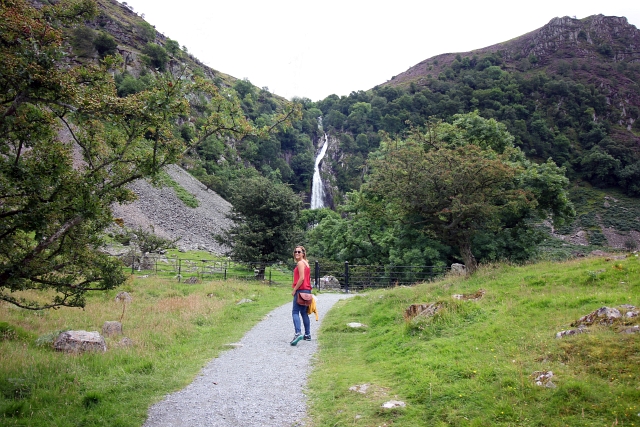 After parking in the pay and display carpark (the machine was out of order, so we parked for free -wahoo!), we began the walk at the Bont Newydd bridge, alongside the stream, Afon Rhaedr Fawr. The footpath was well laid and clearly signposted, so was easy to walk along. We headed up the path, under the power lines and stayed along the right hand side path, eventually arriving at the visitor centre. The centre, although small, was very interesting, full of the history about the area and the waterfall itself. 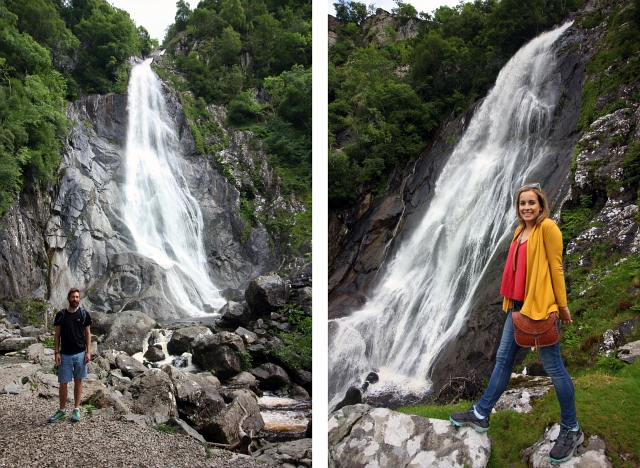 We continued walking through the valley and suddenly the view of the waterfall came in to view. It was absolutely gorgeous, a valley to the right, the screes of Marian Rhaeadr-fawr to the left and the water falling from the Carneddau (pronounced Car-Ne-thi) mountain range ahead. 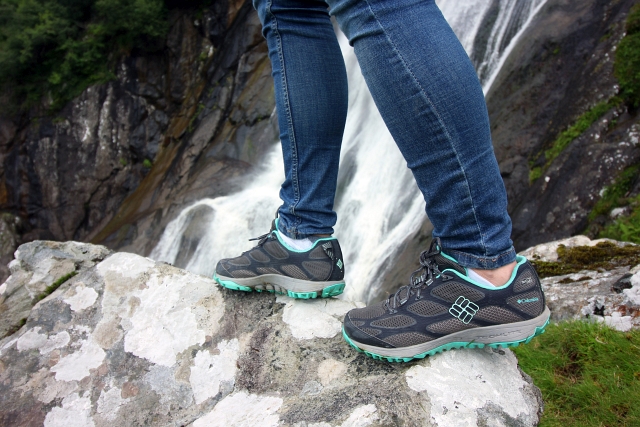 I was very happy to be wearing my new Ventrailia Outdry Trail shoes by Columbia, as it was quite a warm day and these shoes are really lightweight. They were extremely comfortable and had good cushioning whilst we trekked quickly up the path.

Once we reached the Falls, we sat and enjoyed the spectacular view. It was much higher than I had initially thought! 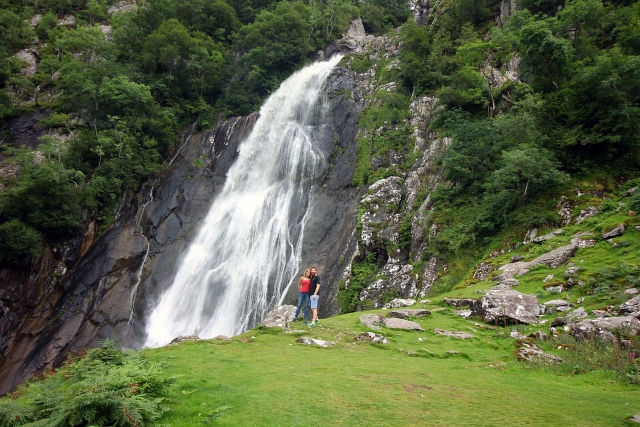 After a little while, we followed the path along the footbridge over the stream (at the bottom of the waterfall) and after taking some photographs, we both decided that we wanted more of a challenging walk. So we headed further along the path towards a second, smaller waterfall “Afon Gam”. 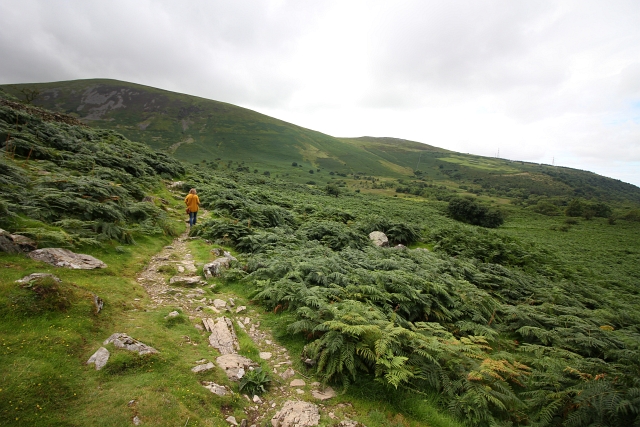 We climbed over the style and climbed up the hill to the left of the falls. At various points, you can sit right next to the falls. The water was so clear; the waterfall created small pools of water water on its decent. 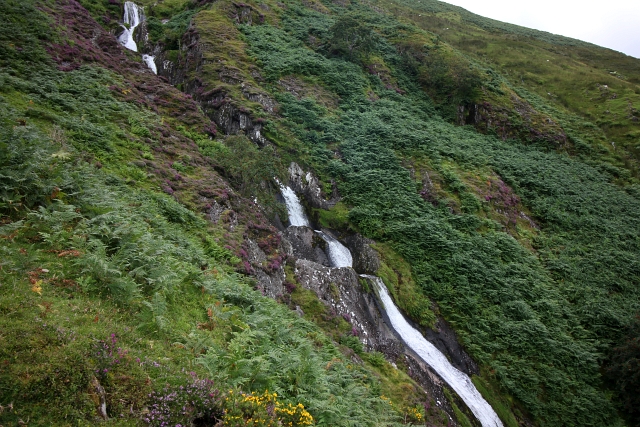 There isn’t really a path, but you could see where others had trekked before us through the plants on the hillside. We even walked past some blueberry bushes, a great snack during any walk or hike! I suggest just finding your own route up the hill to reach the summit by the rocks. Once we had climbed to the top, we walked back towards Aber Falls, along the ridge, past the sheep. The views were fantastic. Hills all around, with the sea in the distance. 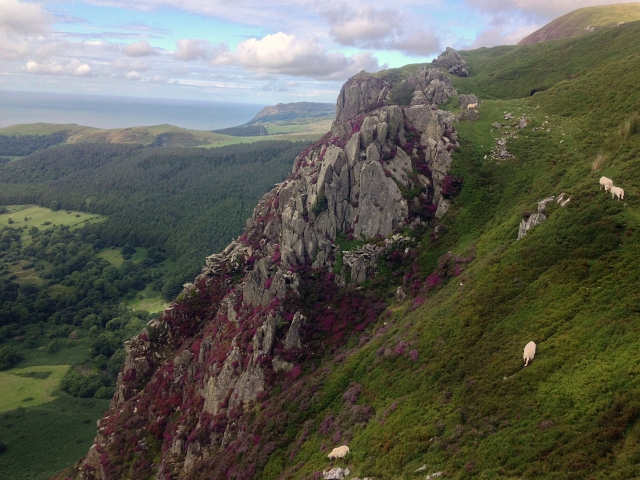 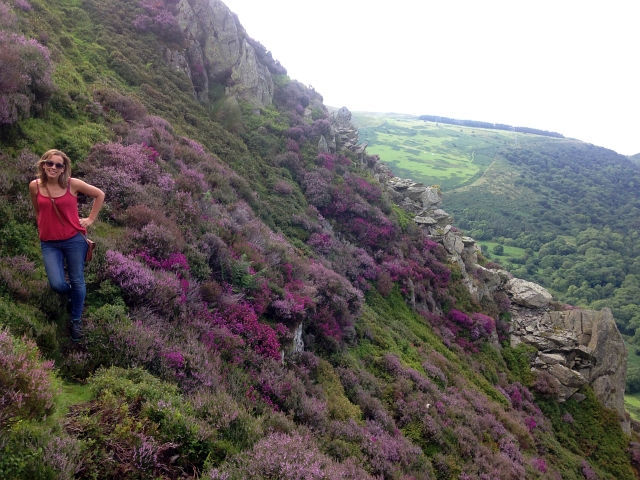 It was a little tricky to work out how to get down to top of the falls, again there was no actual path, we just walked along and began our descent. We finally reached the stream leading to Aber Falls waterfall. Trying to cross the stream proved a bit difficult, so we headed upstream until we found some large rocks in the water which looked safe enough to jump across. 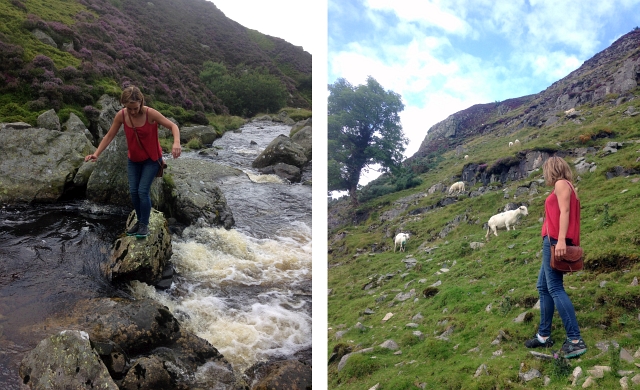 Thankfully my shoes were waterproof due their OutDry technology, as a few times the ground was pretty marshy and wet. My socks remained dry the whole time. I also felt really secure when climbing over and jumping on rocks as these trail shoes have excellent traction, considering they basically look just like trainers. I didn’t slip once! Because they have a textile upper and textile overlays, the shoes really gave me support around the lower part of my ankle. 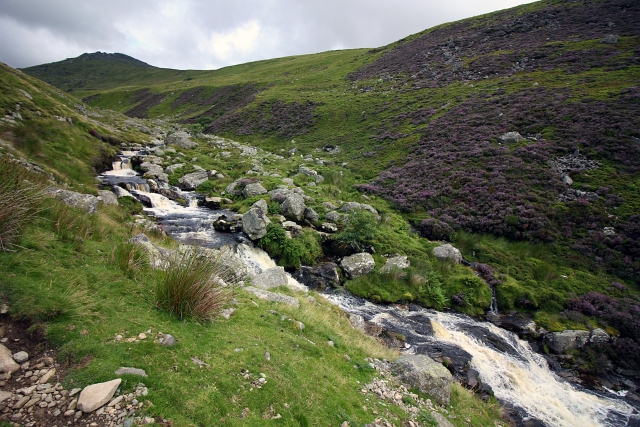 Being above the waterfall and seeing where the water comes from, was really exciting. We couldn’t get to the very start of the falls, due to the uneven and slippery ground, but it was still a great feeling being above it. We followed the clear path to the right of the stream and along the scree hillside towards the woodland area. Looking behind, the views of the falls and the valley from this height were great. Once we climbed over a style, the walk through the forest was fantastic as it had a sort of magical feel to it. This path eventually joins the original path we walked up. 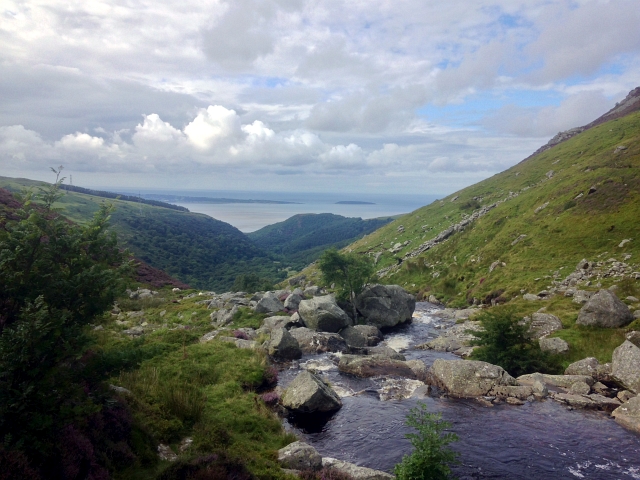 We then headed back to the car, content at the lovely few hours we had just spent by Aber Falls, and excited about the next part of our Snowdonia adventure! 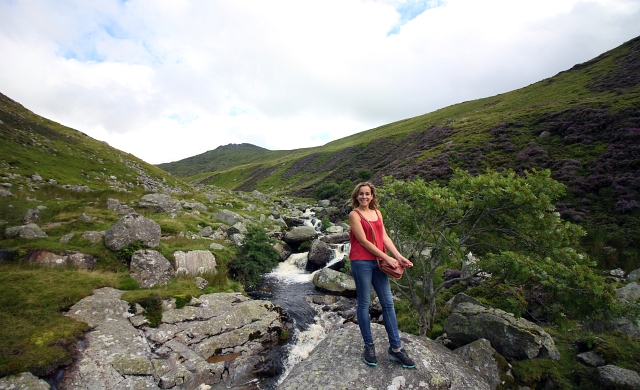 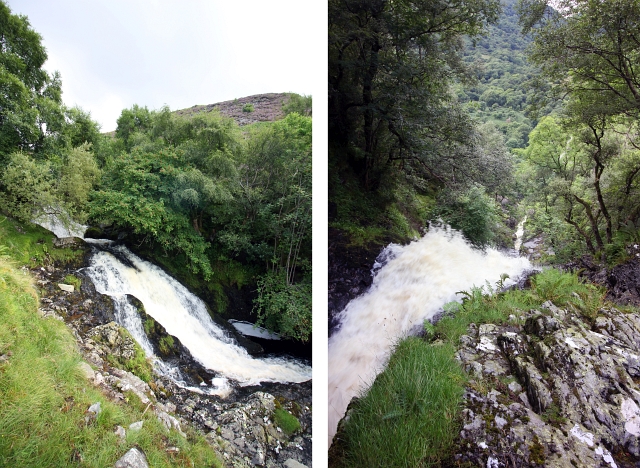 The shoes were perfect for this type of walking. Being not just comfy, but secure, lightweight, waterproof and with excellent grip have made these my new favourite pair of trail shoes. I’ve worn them so much around the Cornish coast since getting them. They look really stylish, the colour is fab (turquoise is my favourite colour, so I may be a little biased) and I know that due to the good quality, they will last for many years! I’d recommend them to anyone! 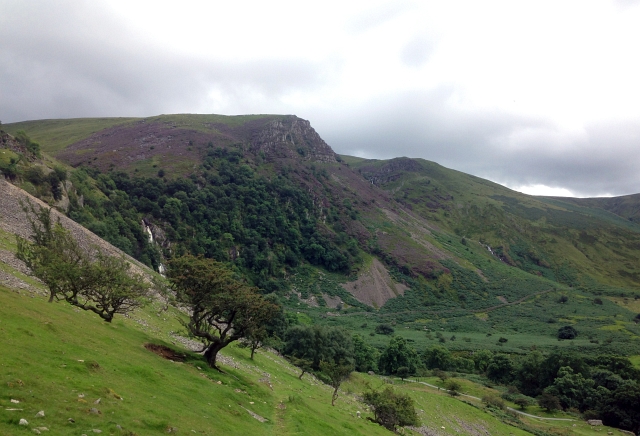