When we were camping up in the Peak District recently, we went on many walks; one of the most memorable was definitely the Monsal Trail…

So what is it? The Monsal Trail follows part of the route of the former Manchester, Buxton, Matlock and Midlands Junction Railway, which was built by the Midland Railway in 1863. It’s purpose was to link Manchester with London but unfortunately, the line was closed in 1968 by the Minister for Transport, Barbara Castle. It then remained unused for twelve years before the Peak District National Park took it over and saved it. 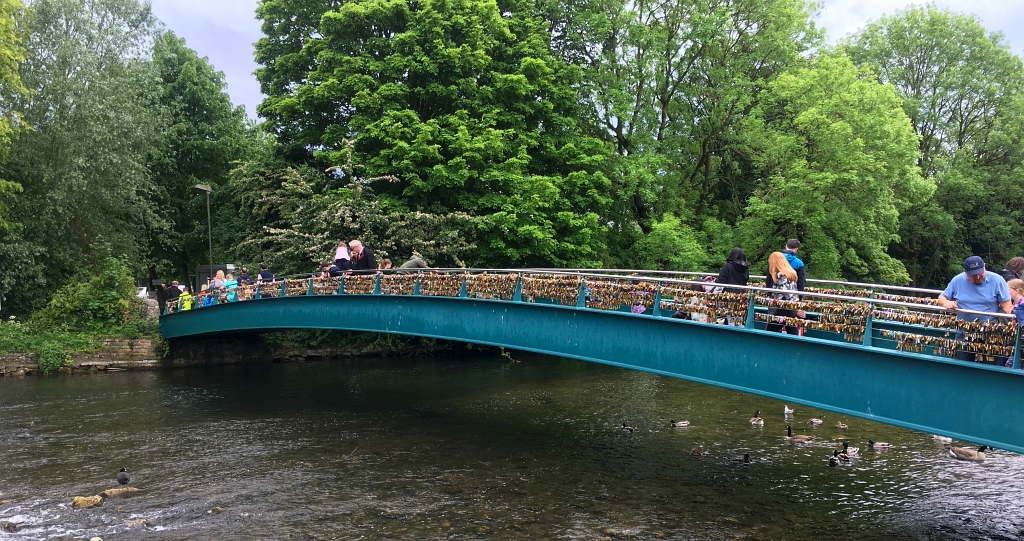 In 1981, they opened the Monsal Trail. At 8.5 miles (13.7 km) long, the trail is a fair length and makes a great afternoon’s walk or cycle. It starts at the Topley Pike junction (in Wye Dale, which is 3 miles east of Buxton) and runs 1 mile south-east of Bakewell, to Coombs Viaduct. It follows the valley of the River Wye, so not only do you get lovely views of valleys but also glimpses of the river from above it. What makes the Monsal Trail unmissable and a truly exciting trek is that in 2011 they opened six of the tunnels along this old train track. One of the tunnels is almost half a kilometre and they are all really entertaining to walk though. 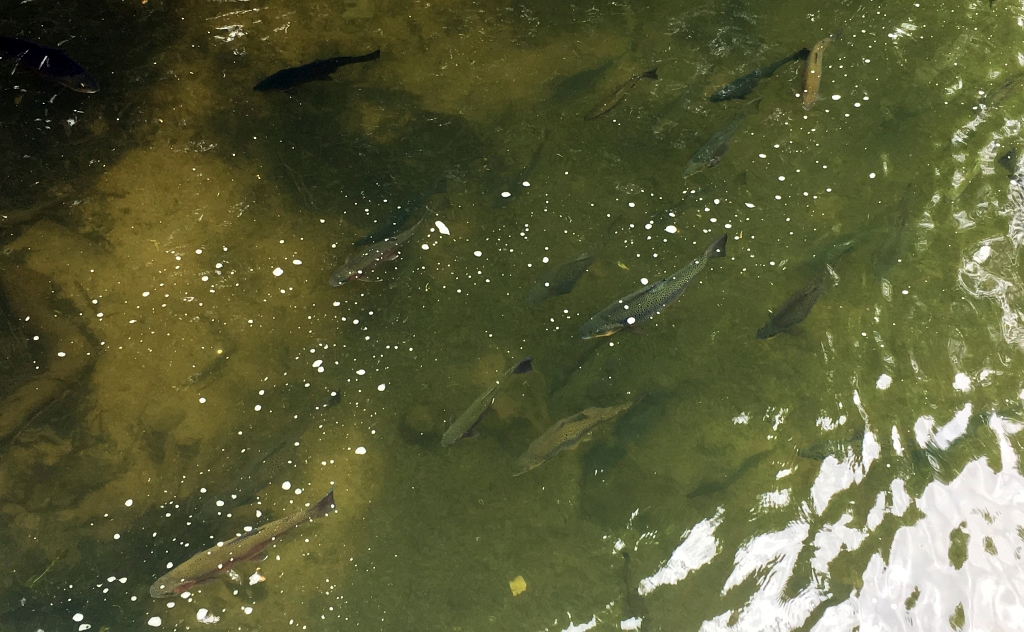 In this post, I’m going to talk about how we went about walking the entire Monsal Trail without having to walk back along it. The first thing we did was drive to Bakewell. We parked at the Bakewell Bridge Carpark which was about £5 for the day and well worth it. There are several car parks in Bakewell and some lock up at 6pm so, depending on when you’re going walking, you will want to check this. When you are in Bakewell, I thoroughly recommend having a walk around and looking down into the river to see the many humongous trout that live in it! You’ve also got to purchase the obligatory Bakewell Tart too. 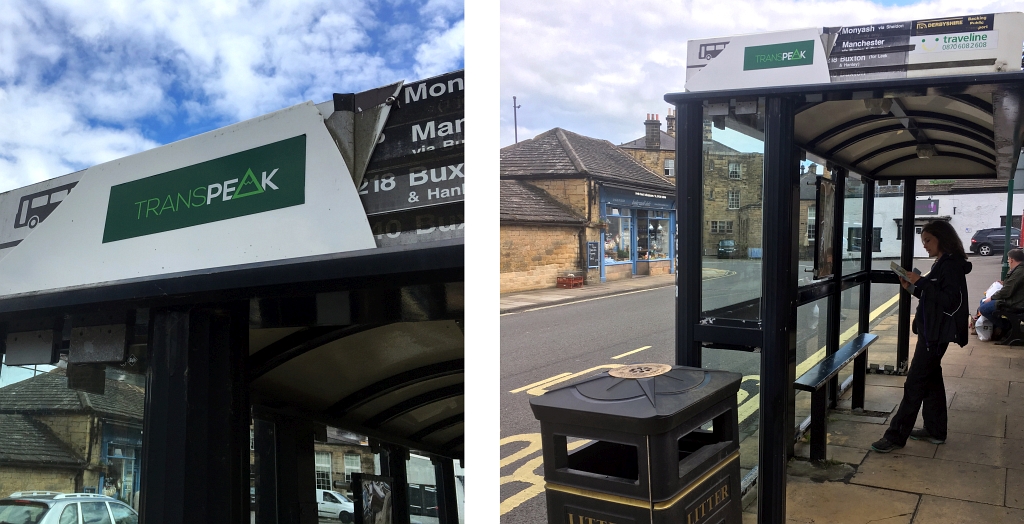 When you arrive in Bakewell what you then need to do is make your way to the Tourist Information Building. Here the lovely people will be able to give you bus timetables and all the information you need to make your way to Wye Dale on the Trans Peak Bus. Be careful, sometime people refer to the Monsal Trail running from Buxton. It doesn’t Wye Dale is three miles outside of Buxton so be careful to get the bus to Wye Dale and not Buxton! The bus costs just less than a fiver each so all of this trip is pretty cheap. 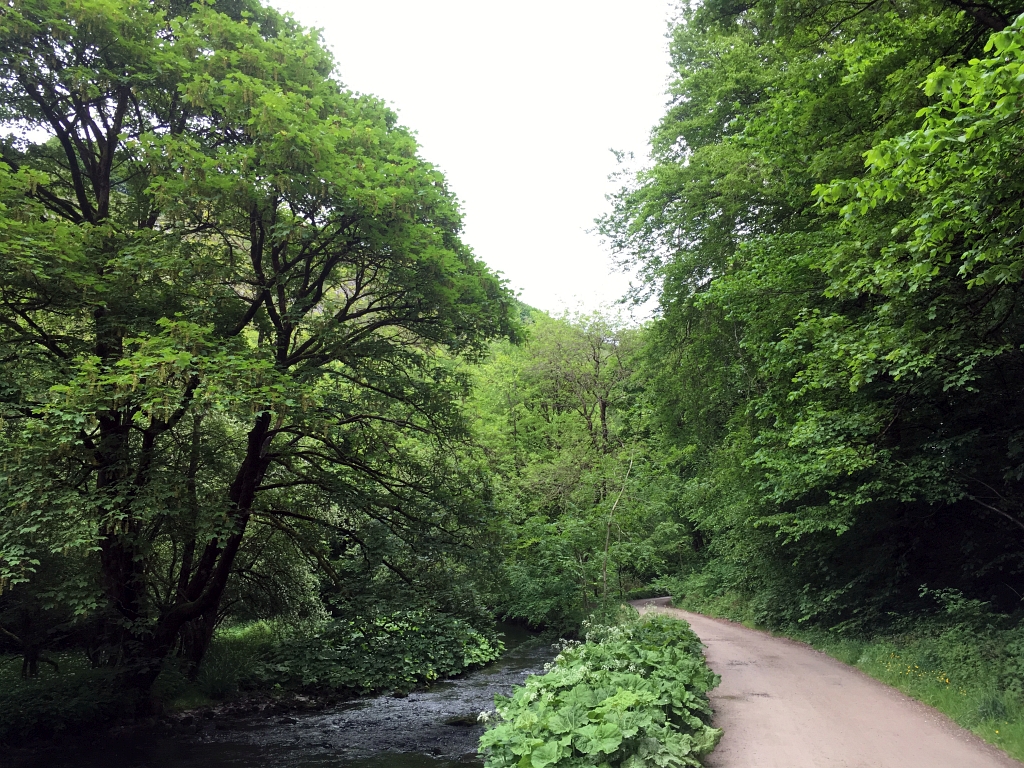 When you get off the bus at Wye Dale, you will be right outside the car park at the start of the Monsal Trail. You continue down the sign posted and very obvious path, following the river. After a short while, you will pass the cycle hire outlet and will be started on the old railway itself. 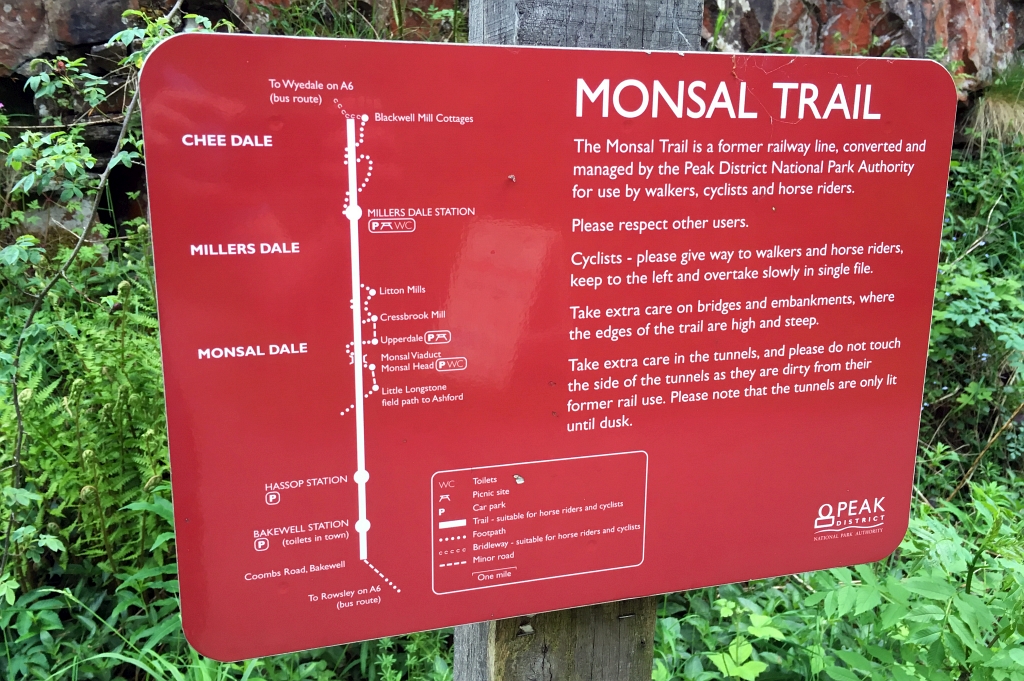 It’s not long before you get your first sneak peak at the joy of tunnels! You start by walking through a very small, unlit tunnel. This gives you a feeling of what’s to come. 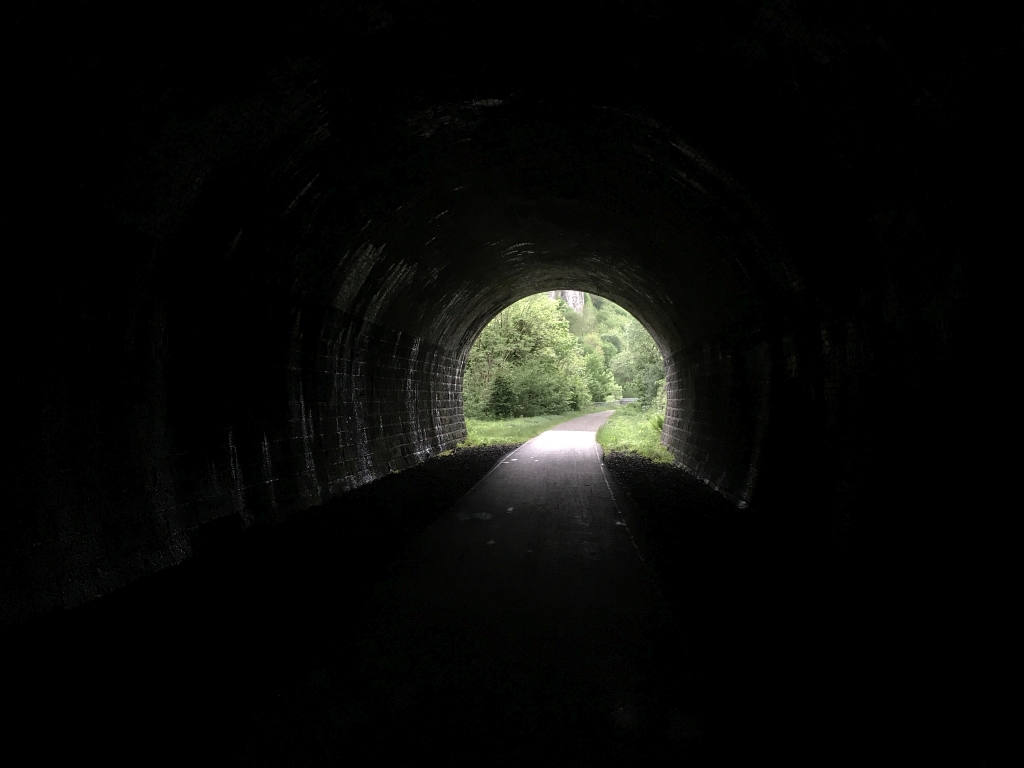 Not long later, you get to the first couple of big tunnels; Chee Tor 2 which is 83 metres long and Chee Tor 1 which is larger at 367m. These tunnels were awesome. They have replaced the tracks with a small road which makes walking and cycling easy. 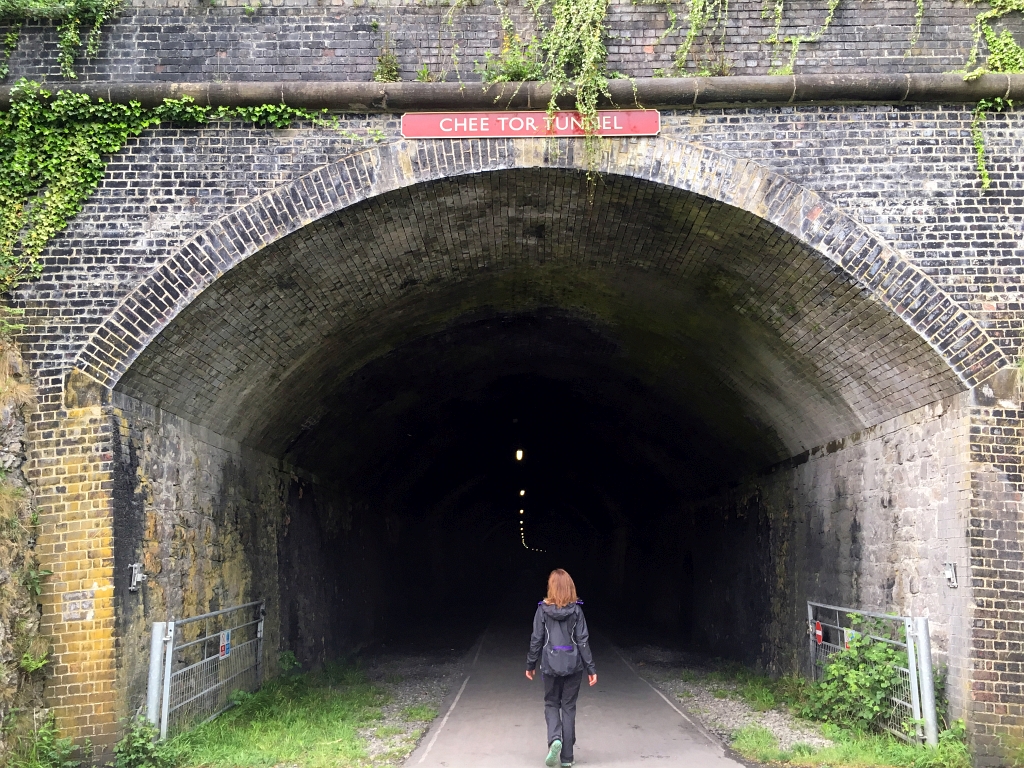 The tunnels, however, remained totally unchanged. The walls are still thick with dirt and soot from the trains. There are cubbyholes on either side of the tunnel to allow people and things to keep out of the way of the train. 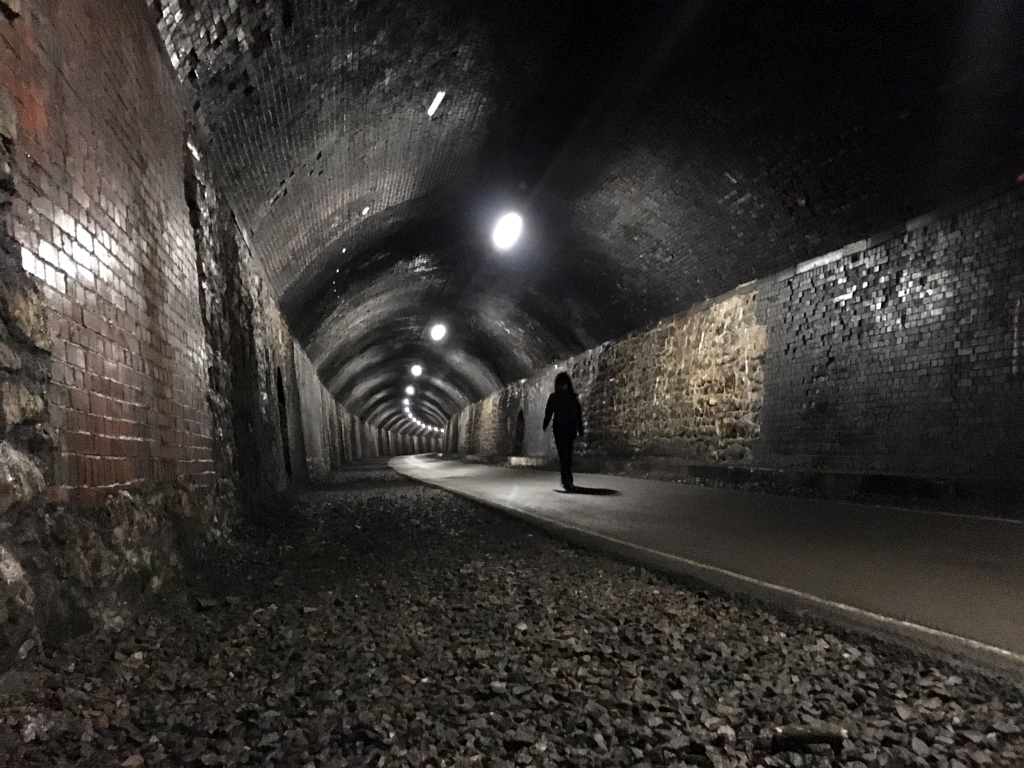 Continuing along the trail, you later come to an old train station complete with original platforms on either side. This has been ingeniously turned into a station cafe and toilets! There was something really quite bizarre about visiting a authentic train station toilet on a platform but without trains! 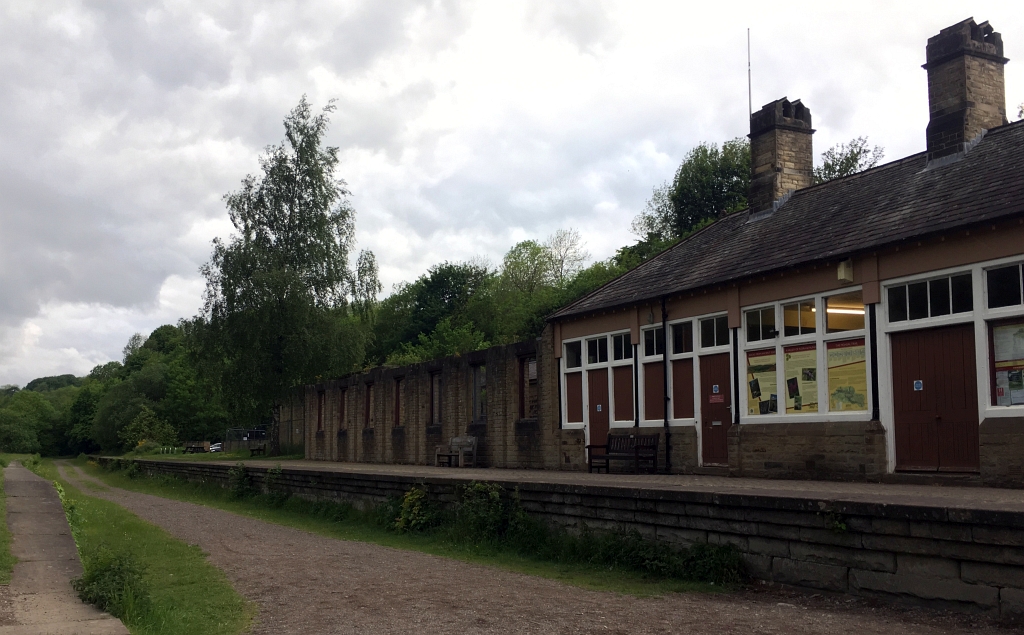 It was so surreal at times wondering across railway bridges, over platforms and across stations. 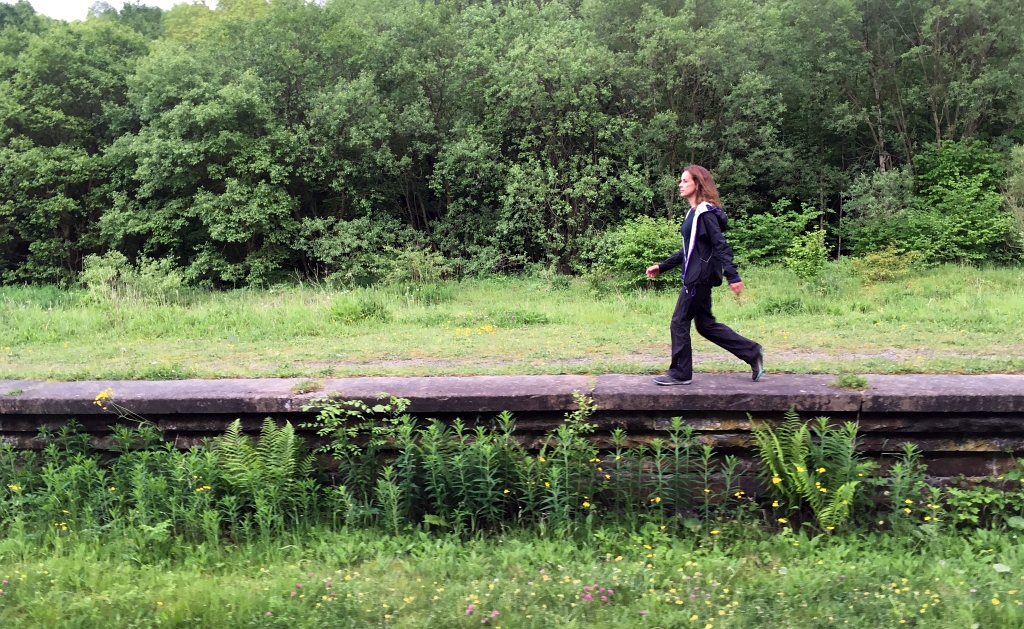 Obviously, the larger tunnels are the best and the one below was probably my favourite. As you approached the entrance, you could see the entire hillside that it was cut into. 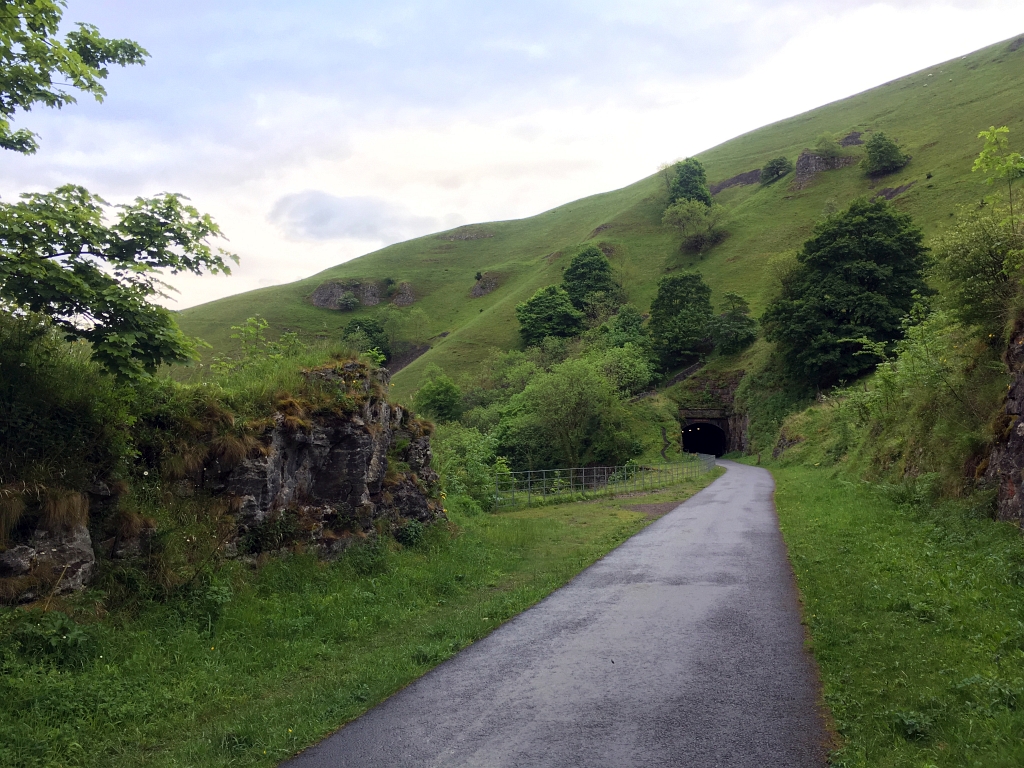 After sunset they turn the lights off inside the tunnels. I was really hoping that the sun would set before we had finished the walk so that we could go for some entirely pitch black walking through the tunnels. 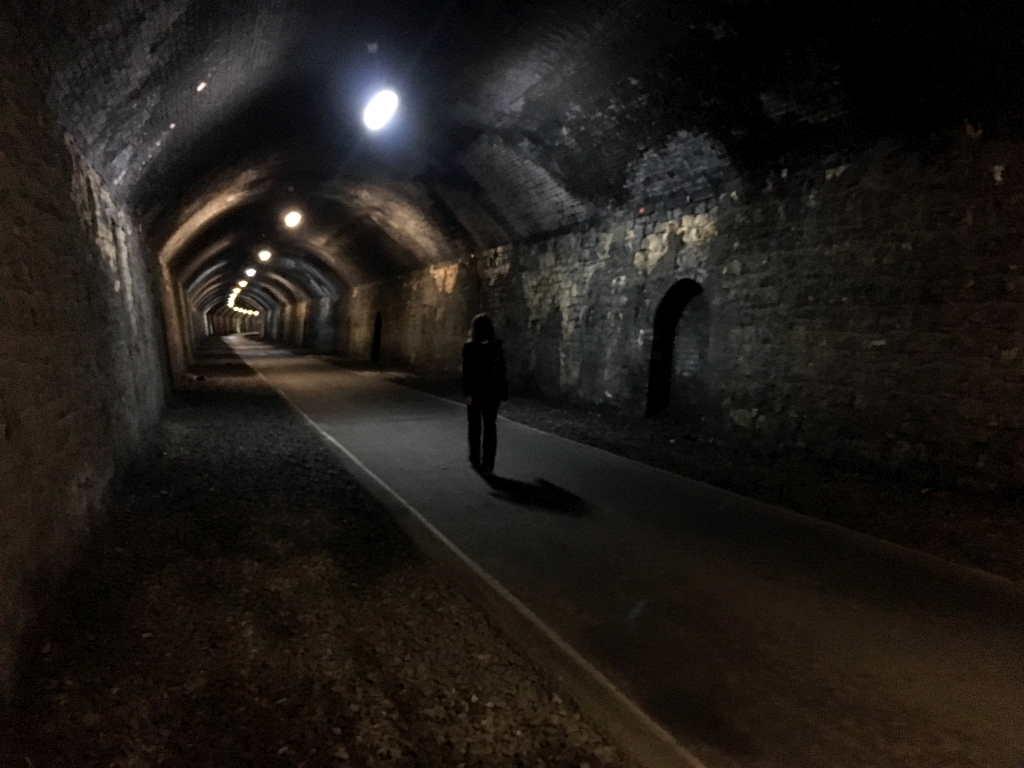 Towards the end of the walk, we passed another station building that had since been turned into a family home. It looked really awesome and I was pretty jealous of the people who got to live there. 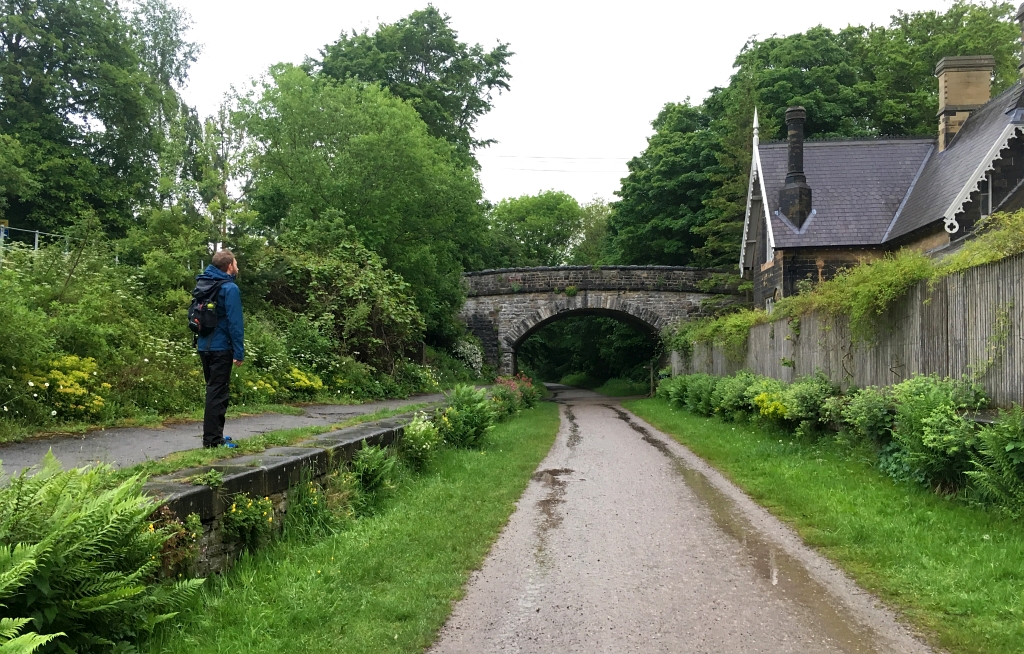 When you reach the former Bakewell Station you will be greeted by some signs about what it used to look like. Bakewell Station has now been re-purposed into a headquarters for a business but still looks almost exactly the same. You need to be careful at Bakewell as the Monsal Trail continues for another mile after the station but you need to take a right and head downhill to the town centre; the carpark you parked in is right ahead of you when you’ve walked down the road into Monsal. 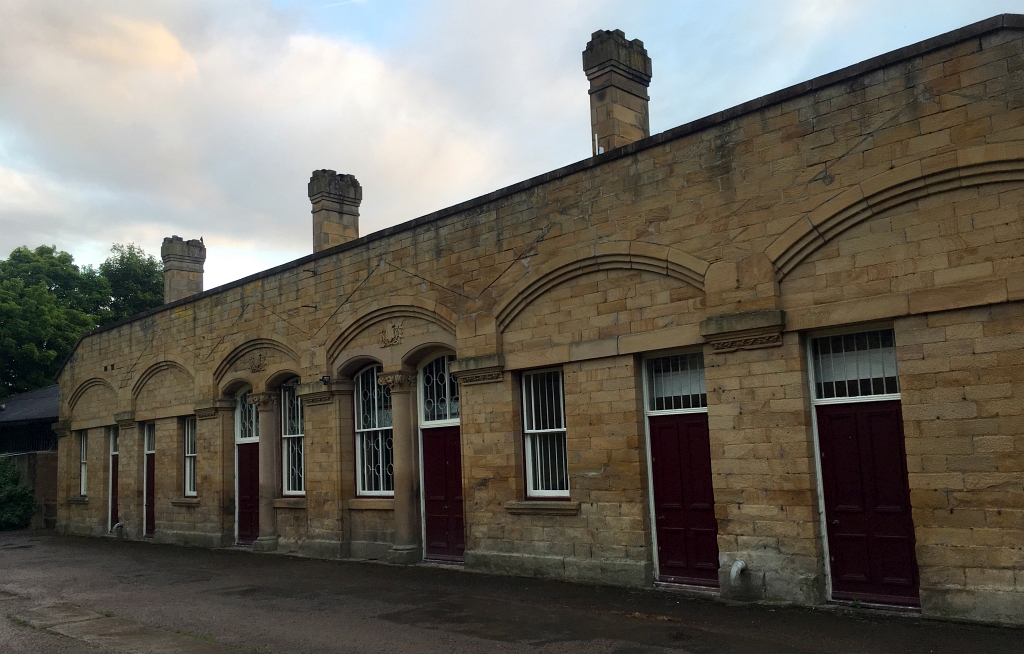 The Monsal Trail is definitely a really fun and unusual walk. Along the way there are lots of great signs with interesting information so you can learn about the history of the route. It’s a great route to walk or cycle and I’d thoroughly recommend it. 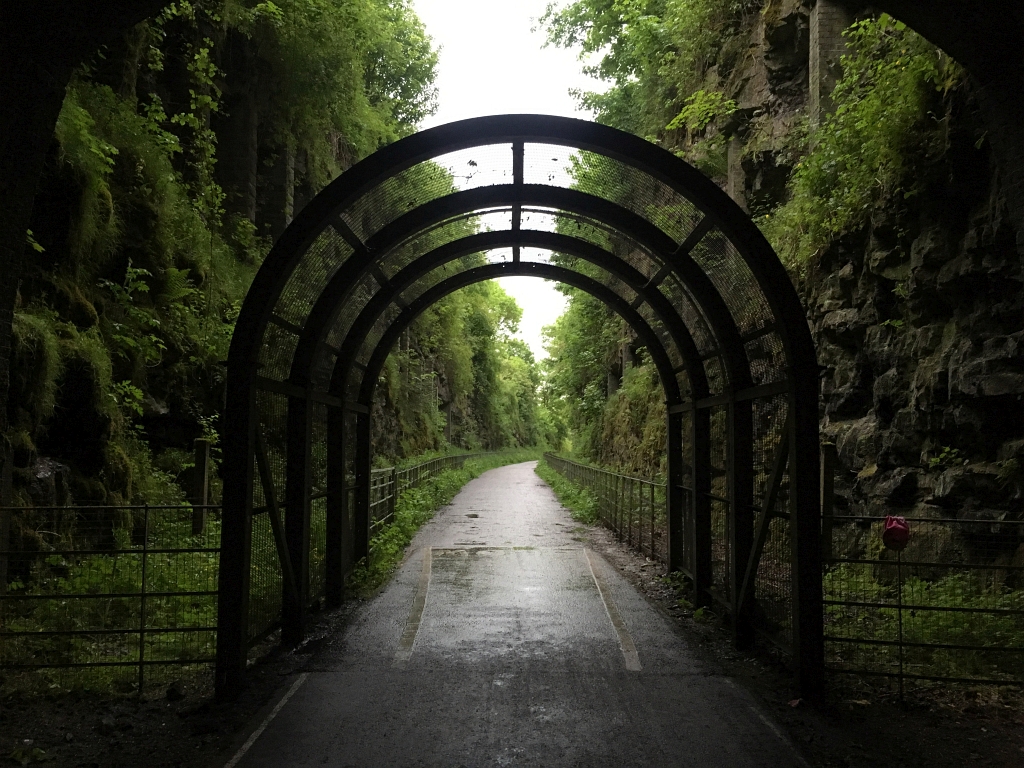