This is a really short little piece but I just had a few nice photos from one of this week’s SUP sessions that I’d like to share. We took my old Bodyglove SUP and my new Fatyak Samos SUP out for a splash around Maenporth Cove just outside Falmouth. 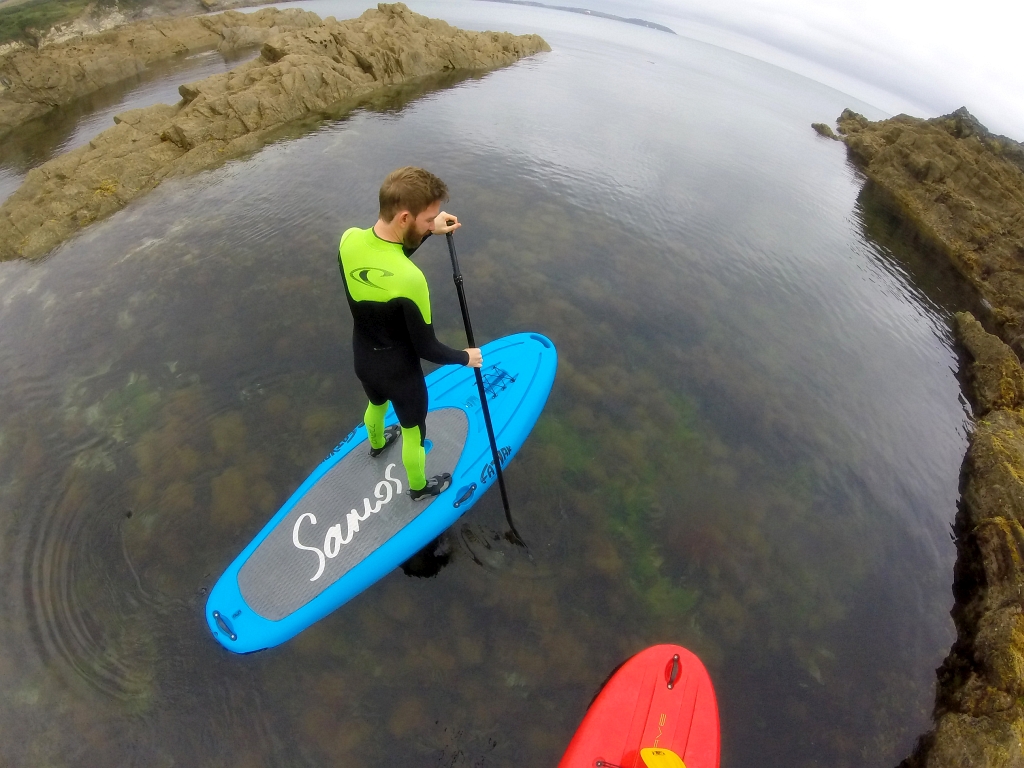 If the North Coast is too big to get out for a paddle, then Maenporth is one of my go to places. Although not as exciting as North Coast beaches it is much, much, much more likely to be flat, peaceful and perfect for a SUP about. 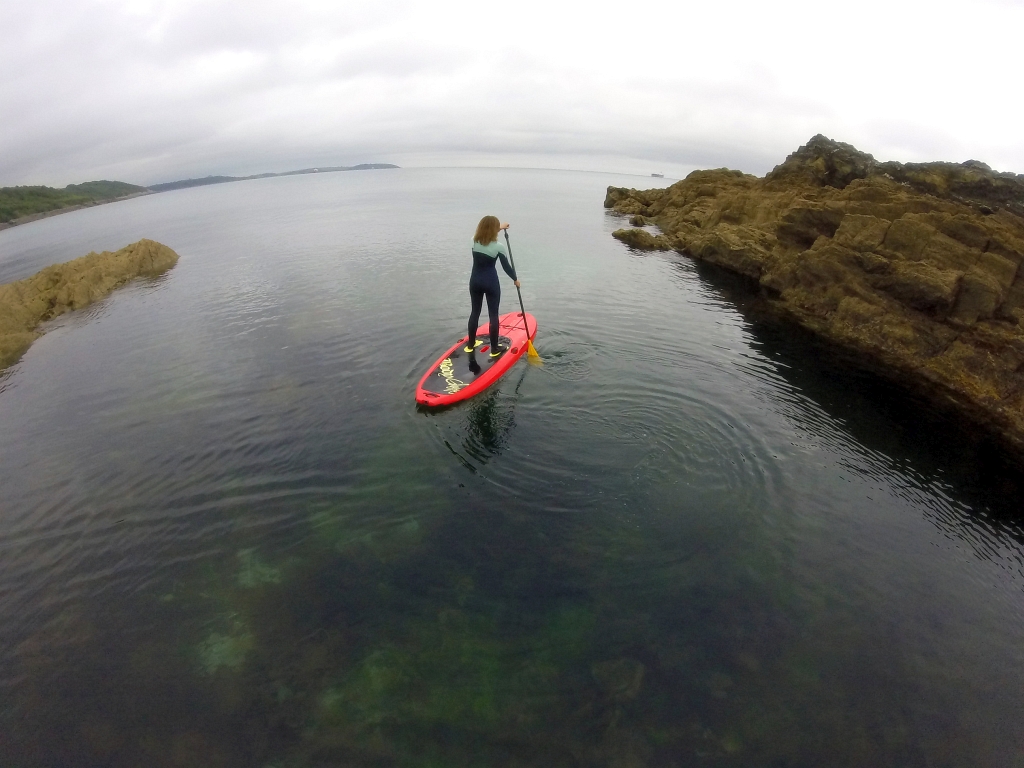 The weather had changed from very sunny to a bit overcast which we were at first a little disappointed about. However, when paddling over the shallow water, we found that because of the cloud cover there was a lot less glare on the water and you could see into the clear waters even better than you usually can.

We could see small wrasse rushing around when they spotted the SUPs shadow on the floor. Frequently, large shoals of sandeel would swim around and underneath. It got me thinking and I now really want to have a go at trying to catch some from the Fatyak Samos with a throw net. 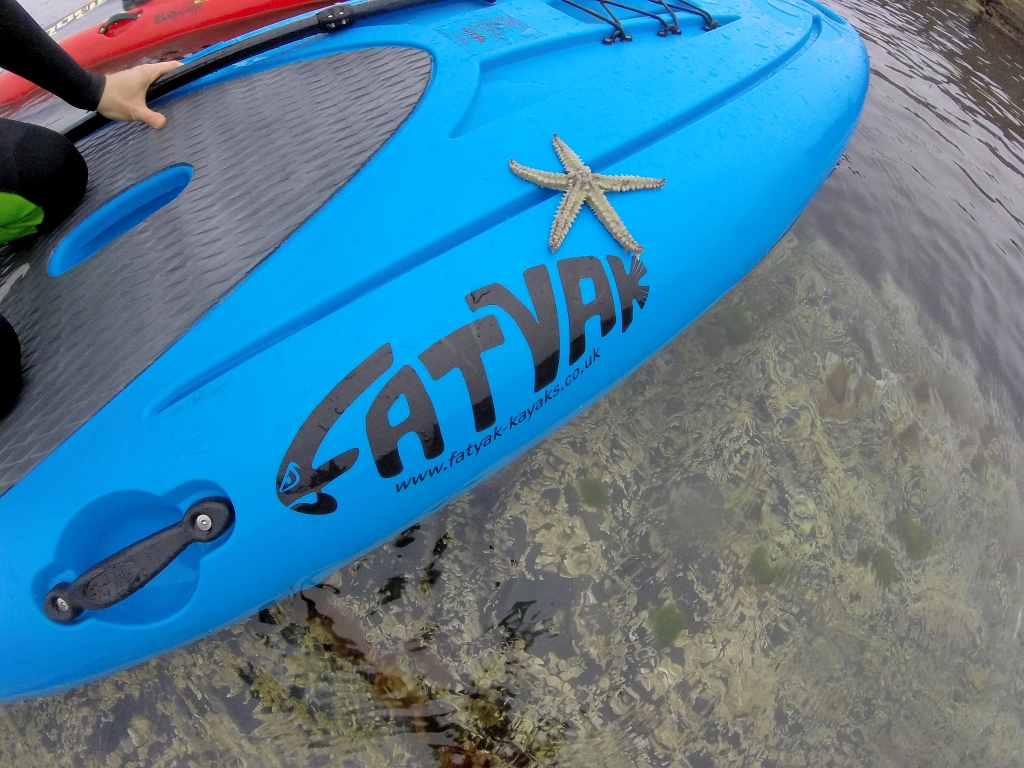 At one point, as we hugged the contours of the coastline very closely, I noticed quite a sizeable starfish hanging onto a vertical rocky lump. It’s quite a treat to get to see a five legged friend in the wild, so I gently and carefully picked him up to have a closer look. It was incredible how his tiny suckers on the bottom of his legs allow him to move around (surprisingly quickly I might add!) 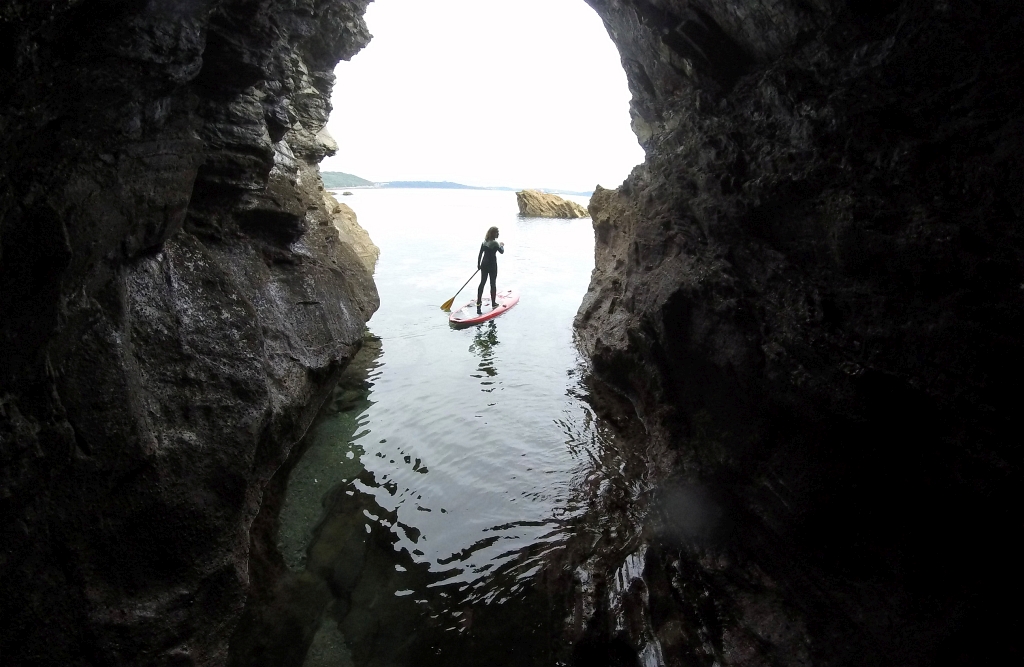 After about an hour of paddling about, we decided to turn around and head back. I had been out earlier in the week with a friend that has a SUP hire business and they had taught me a new method of turning a SUP quickly. This had been on a lighter inflatable SUP and I wasn’t sure if it would work well with a heavier, plastic SUP. 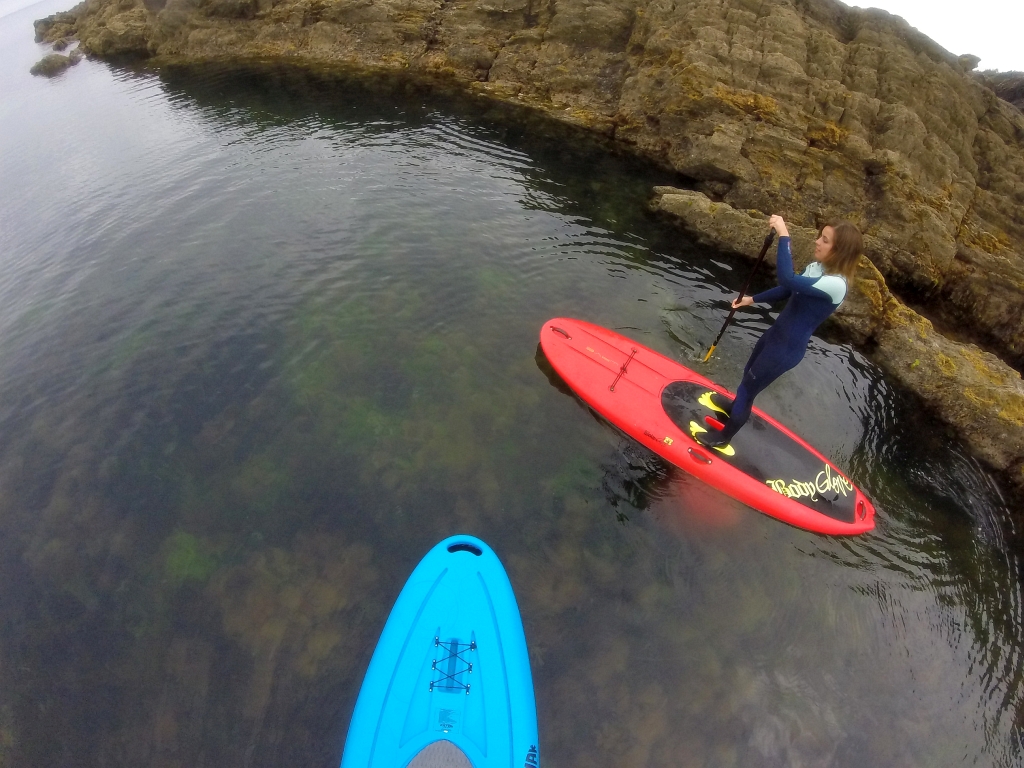 The move is called the step back or pivot turn and is a popular method of spinning a SUP around quickLY and is often used in races. I’ve never been in a race and haven’t had much need to turn quickly but I thought it would be fun to practice it and learn the move regardless.

I’m pleased to report that you can pivot turn a Fatyak Samos and it was a lot of fun to learn (although I haven’t mastered it yet) I did get rather wet learning this move; this was mainly from over enthusiastic stepping backwards! If like me, you’ve not been in a race but want to learn to turn quickly, then you can check out the video at the bottom of this page to see how you do a step back or pivot turn.