During October half term, we explored another fantastic European city – Amsterdam. This city is the capital of the Netherlands and is a UNESCO World Heritage Site due to its gorgeous architecture and canals. It is world renowned for its artistic heritage, immense canal system and narrow houses with gabled roofs. 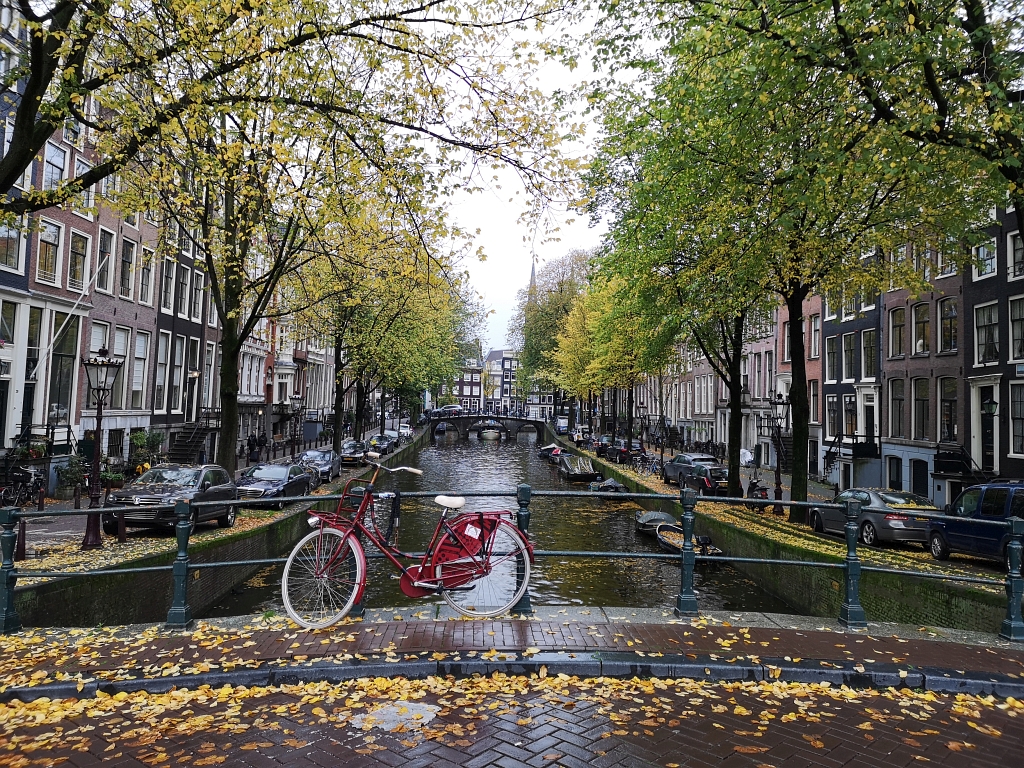 Amsterdam is often referred to as the “Venice of the North” due to its large number of canals which are a UNESCO World Heritage Site. I was amazed at how pretty the city is – every canal which you walk down makes you want to stop and take a photograph of it. 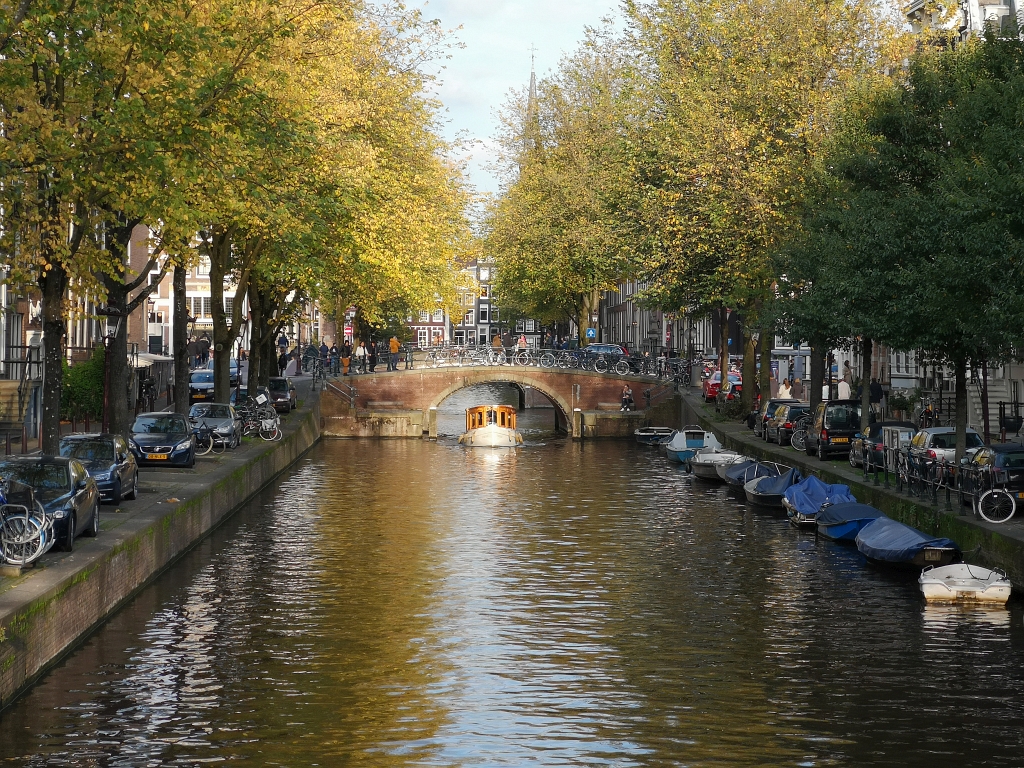 I think this is partly because of the UNESCO status which has stopped any ugly modern buildings or sky scrapers being built in the Capital. Walking around the city is a sensory delight and beautiful sights are constantly filling your eyes. 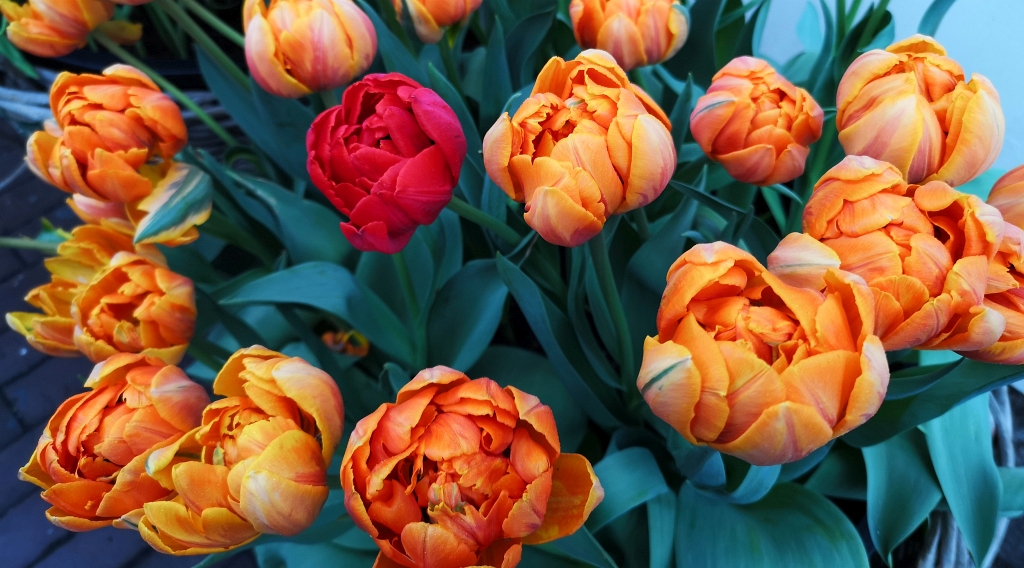 Although there are no sky scrappers or blocks of flats in the centre there are still tall towers belonging to the local churches. You will catch glimpses of these between the many canals or streets. 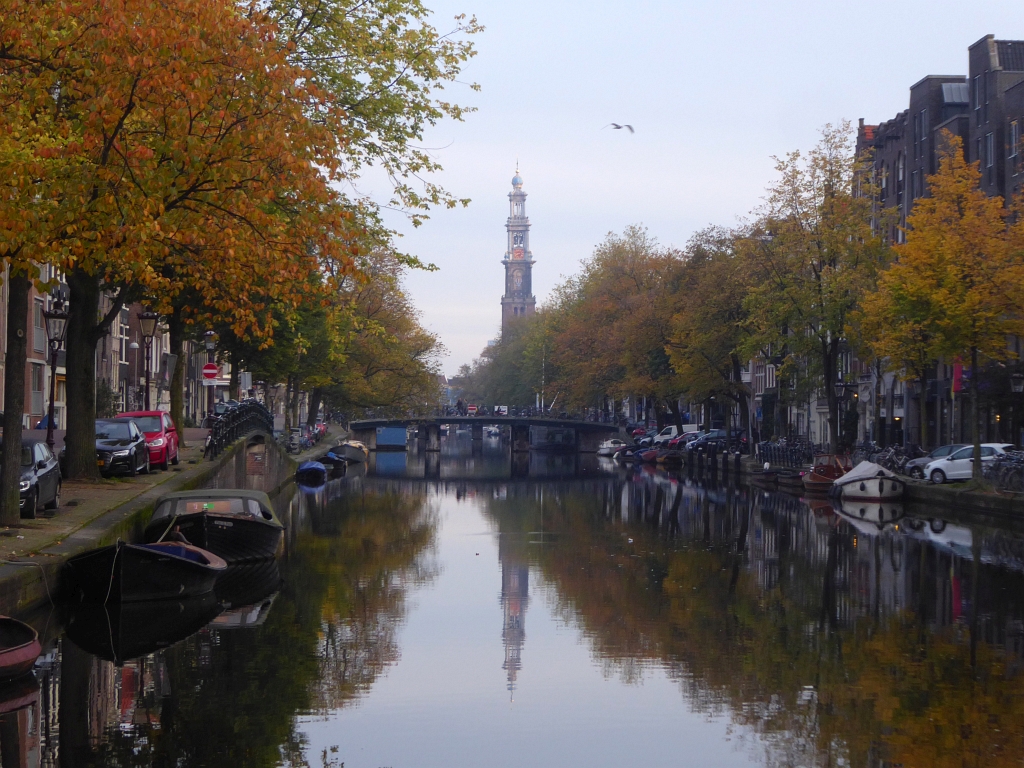 A word of warning though, there are more bikes than people in Amsterdam (I still can’t quite work out how or why that is!). Furthermore, the Dutch aren’t afraid of cycling fast and furious and if you don’t look properly when walking through the city you are quite likely to get mowed down! Always look both ways when you cross the street and watch out for the red cycle lanes. 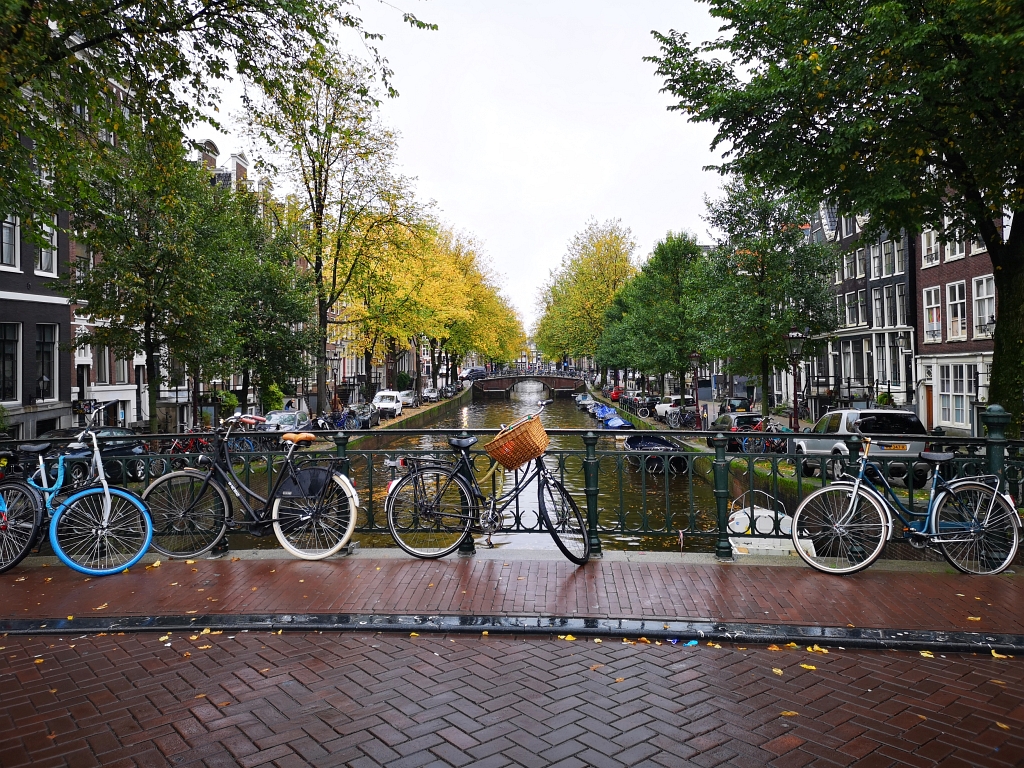 Once you’ve fully explored Amsterdam during daylight hours, I really highly suggest that you explore the city by night. For a place with a reputation like it has, the capital feels amazingly safe after dark. Lots of the bridges are illuminated and the reflections on the many canals are gorgeous. 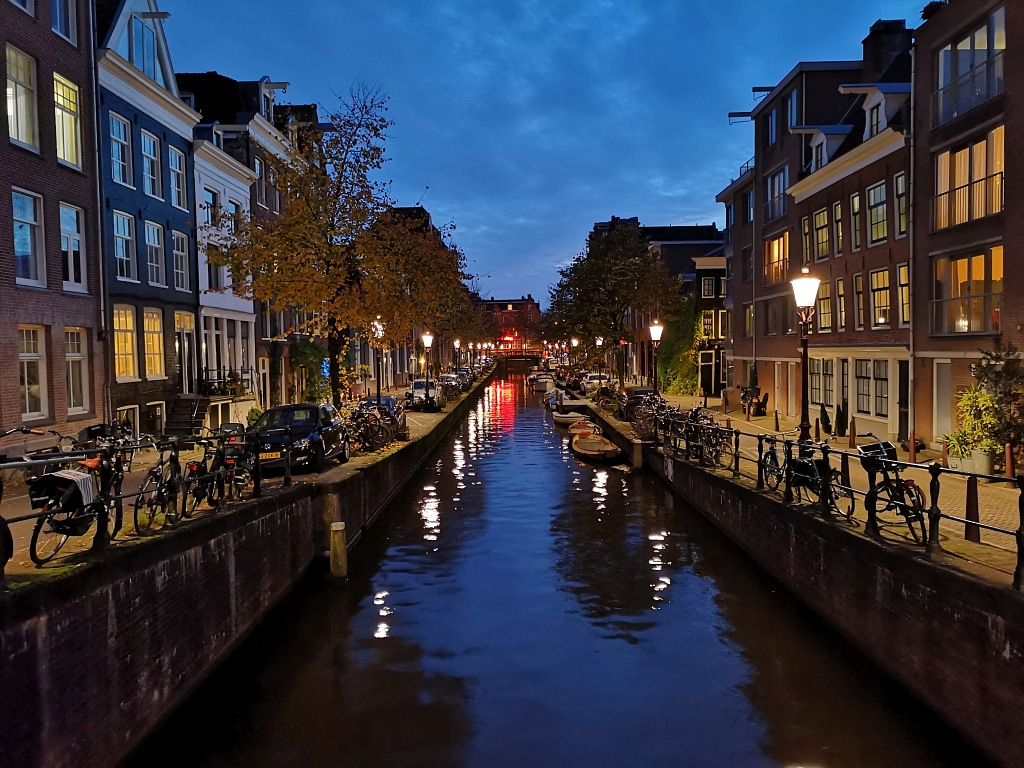 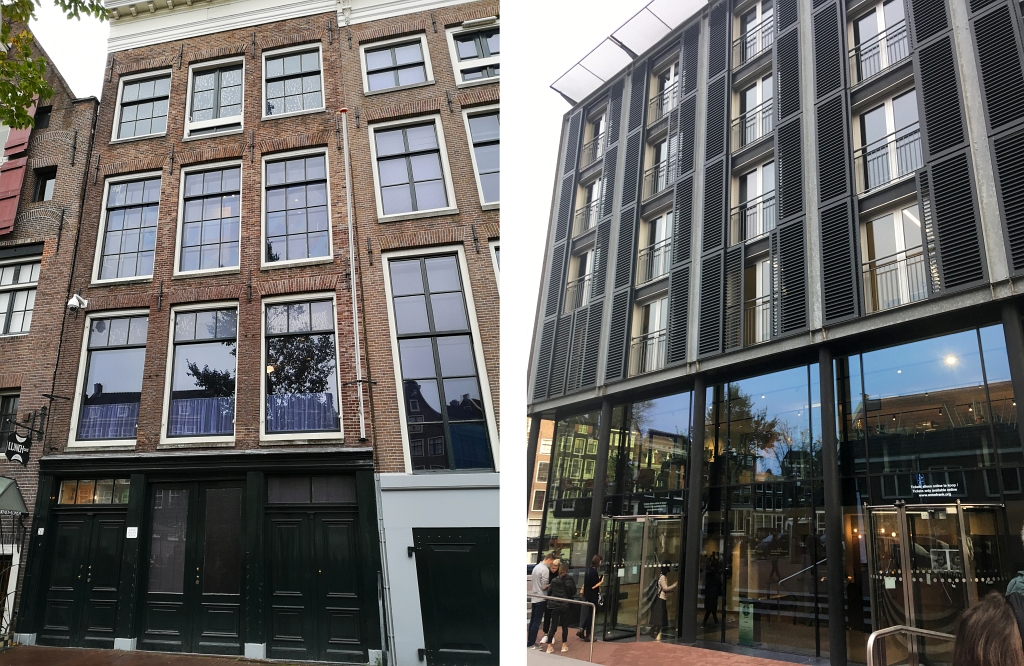 Possibly the biggest must see attraction or museum in the whole of Amsterdam has to be the Anne Frank House and Museum. Although it’s not a hugely uplifting or ‘fun’ experience like you’d normally have on a trip away, it is certainly truly something you have to do when you’re in the capital. Before you visit you really do need to read the famous diary itself also to fully appreciate the house.

You have to book your ticket far in advance and online though. They don’t sell tickets on the door and the tickets sell out weeks before. So I’d suggest you get online and snap them up. I’d also thoroughly recommend booking the ticket with an additional introductory talk; this really sets the scene before you enter the museum and gives you some extra background information that allows you to get even more from the exhibits. 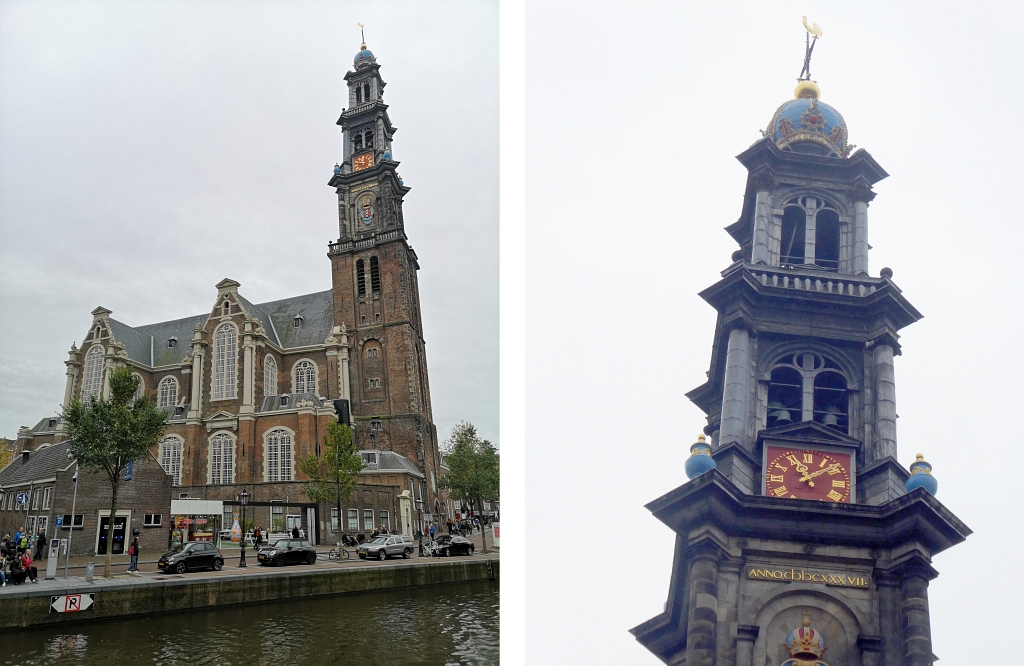 Right next door to the Anne Frank House is the Westerkerk Tower. As I’ve already mentioned central Amsterdam is lacking the many high modern buildings that most cities possess, this means that the Westerkerk Tower is one of the best places to get a high up view of the city. 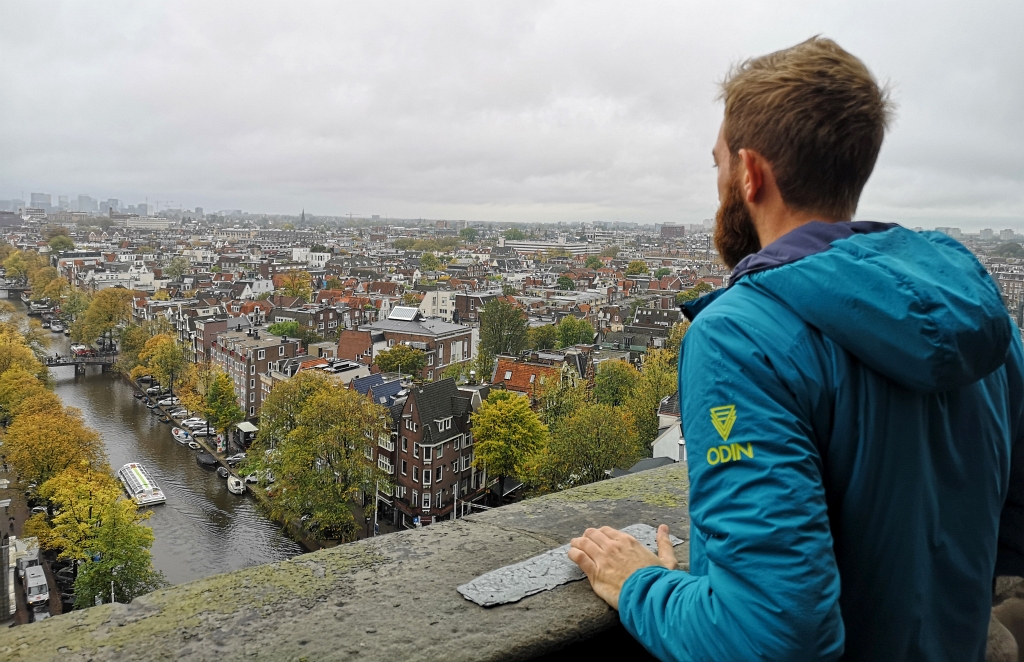 The views from the tower are really beautiful as you get a totally different perspective to the one you’re used to of the tall, thin houses and many canals. 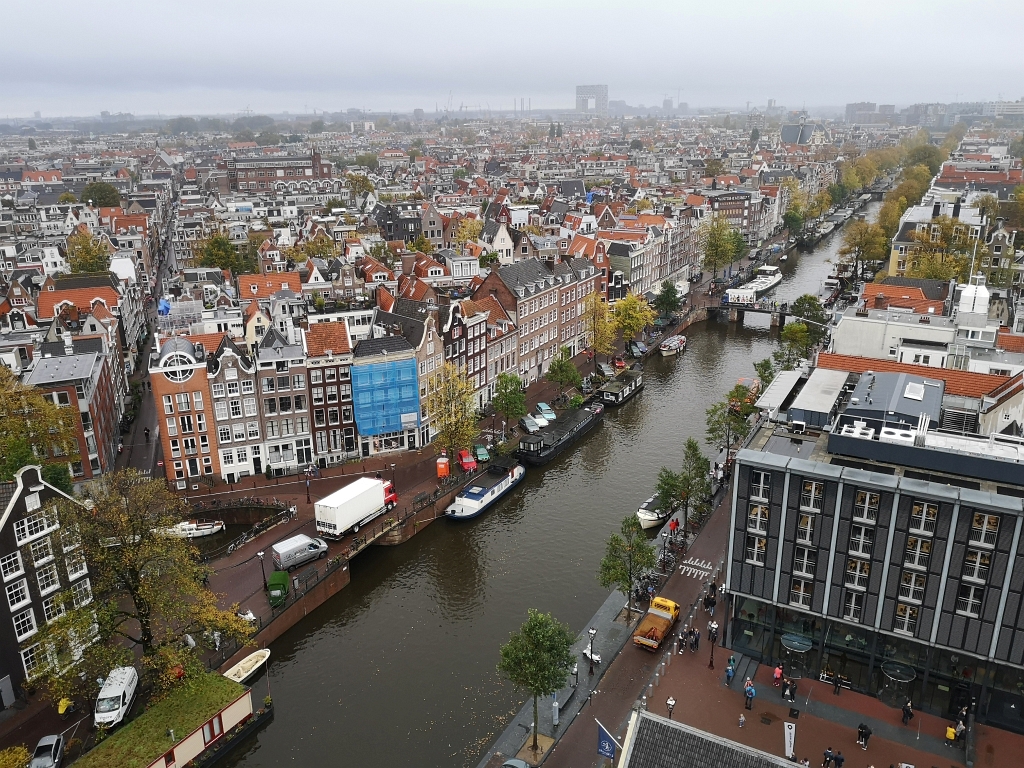 As you climb up the tower you will learn all about its construction as well as about its past and its many bells! You will enjoy climbing up the many narrow wooden staircases but don’t forget to watch your head!

Another thing that makes the tower and the view from it very special is it’s connection with Anne Frank. If you have read the diary you will know that her and her family would regularly look out of their window and up to the tower and its clock face. This was one of the main reasons I wanted to visit the tower and from the top you can see the small window in the top floor of the secret annex which Anne used to gaze out of. A really memorable sight. 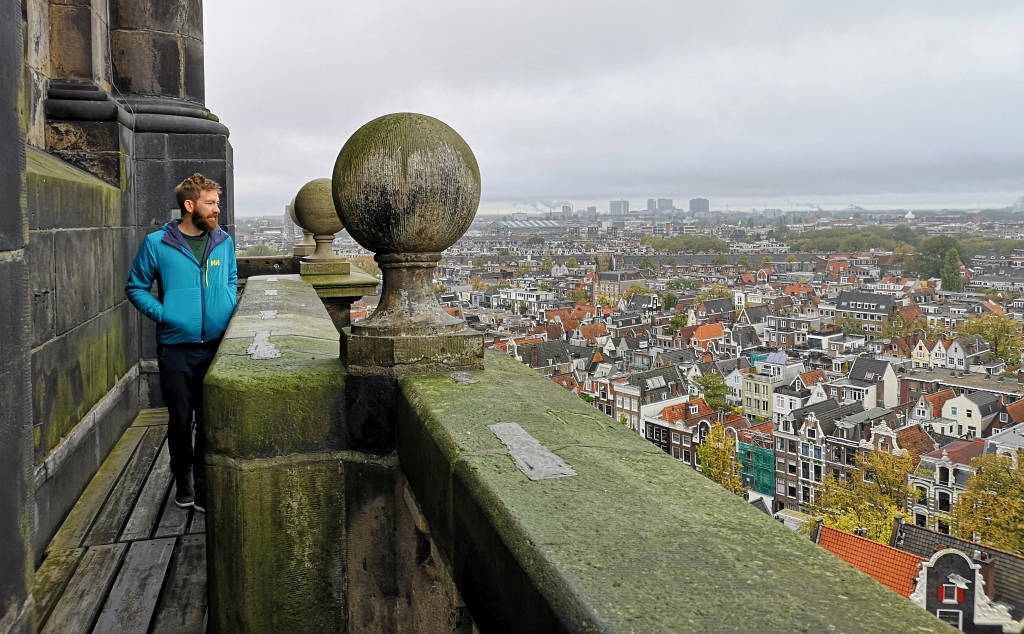 Soak Up Some Famous Art 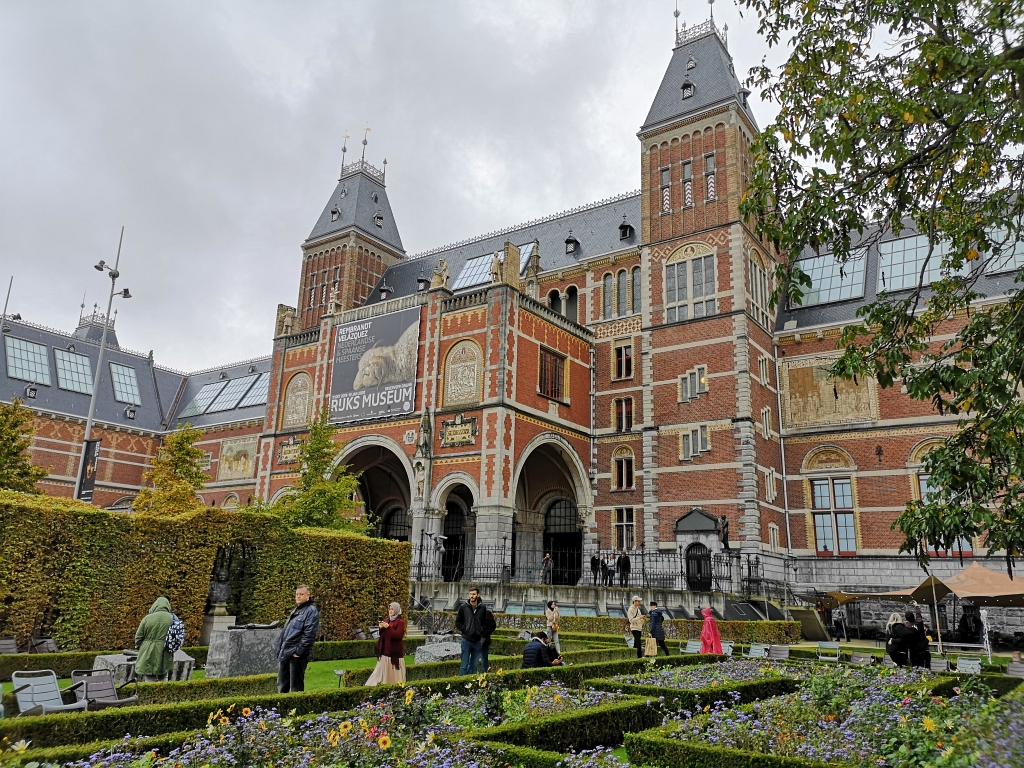 Being the capital of the Netherlands, Amsterdam has some of the countries best art and museums. There are many to choose from including the Rembrandt House Museum and the Van Gogh Museum, but an obvious pick and probably the most famous is the Rijksmuseum. This is because it not only has work from the aforementioned hugely famous artists but also from a whole host of other greats – not only this but it is packed with historically significant artefacts. 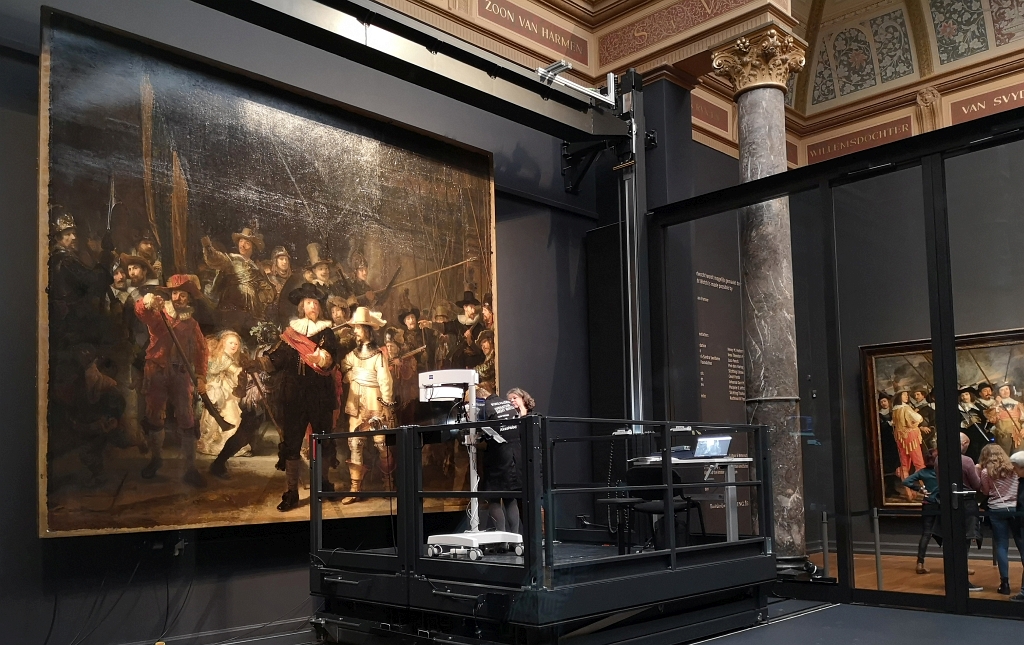 When you’re there you wont be able to miss Rembrandt’s most famous piece, the Night Watch. The huge painting is currently undergoing two years of intensive and highly detailed research to discover how to best maintain the painting to ensure it lasts for many more generations to view. 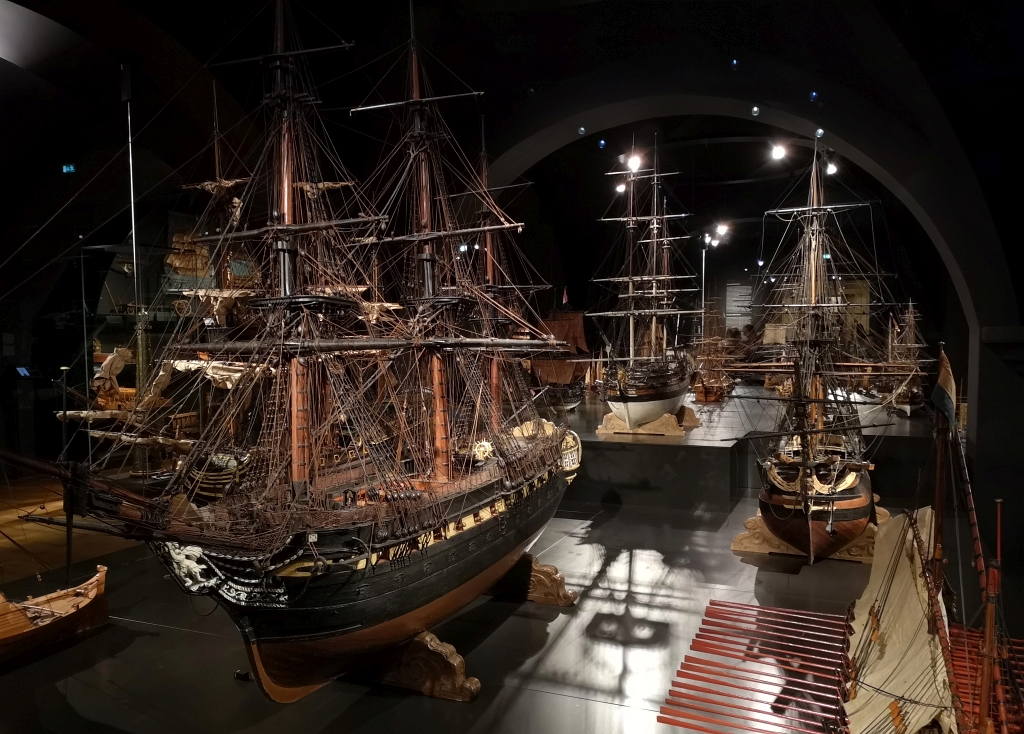 Downstairs in the museum, I really enjoyed varied exhibits which contained things like massive swords, suits of armour and gigantic model boats like I’d never seen before. The Rijksmueum has several of Van Gogh’s paintings on display but my favourite would easily be the self portrait. This portrait was one of the pieces he created while changing his style from something more classical to the post-impressionist style that he is most often associated with. 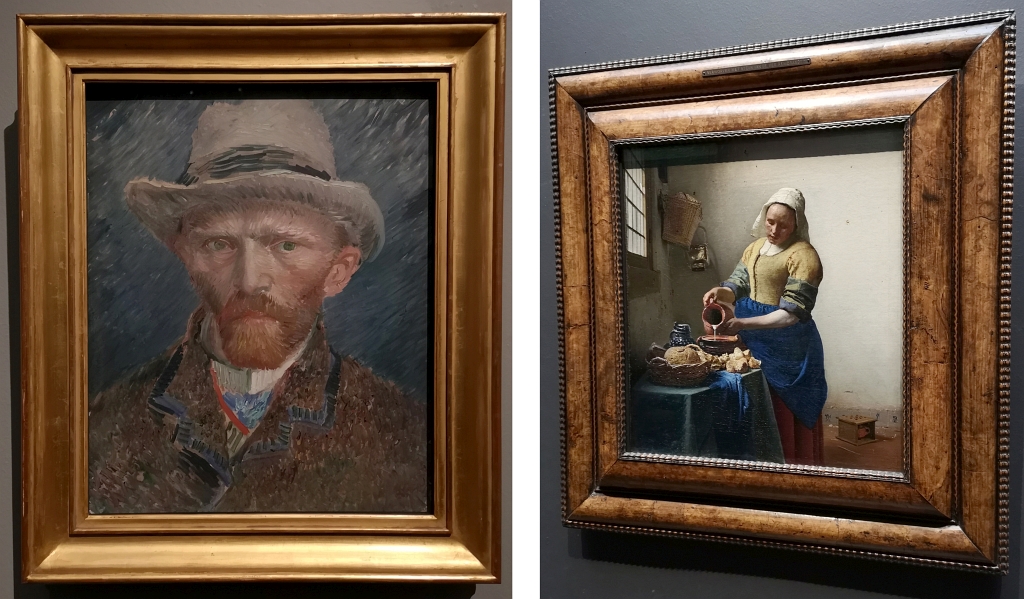 Another must see, Dutch icon of a painting is The Milkmaid by Vermeer. This painting doesn’t look like very much but up close it’s really very impressive and beautifully painted. One thing I wasn’t expecting to see at the Rijksmueum but really loved was an excellent collection of Asian art. Probably my favourite item from this display was the two temple guardians which would have been placed at the entrance to a temple in order to ward off evil. 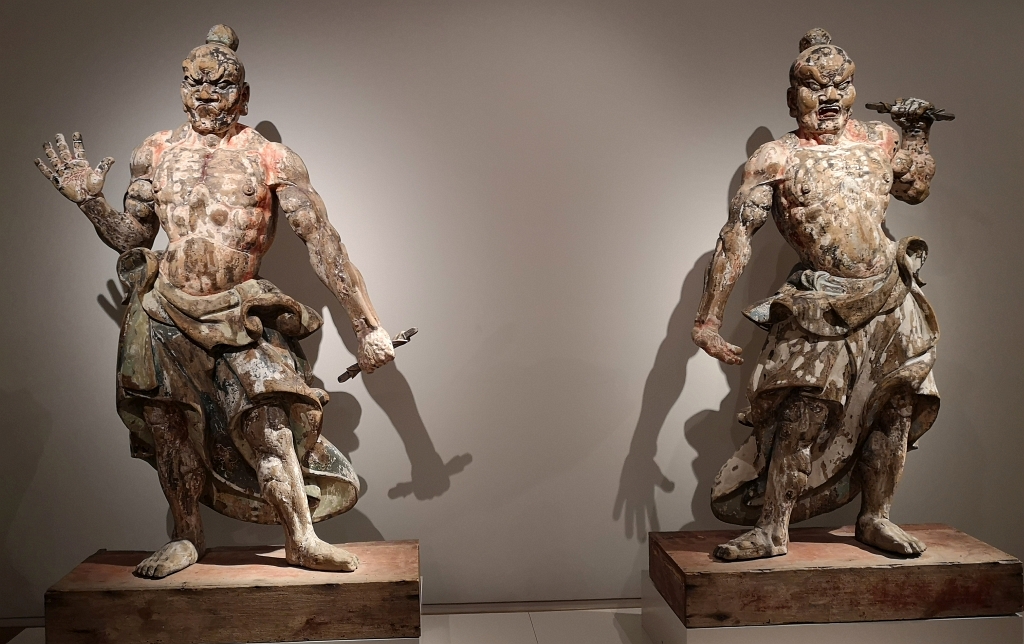 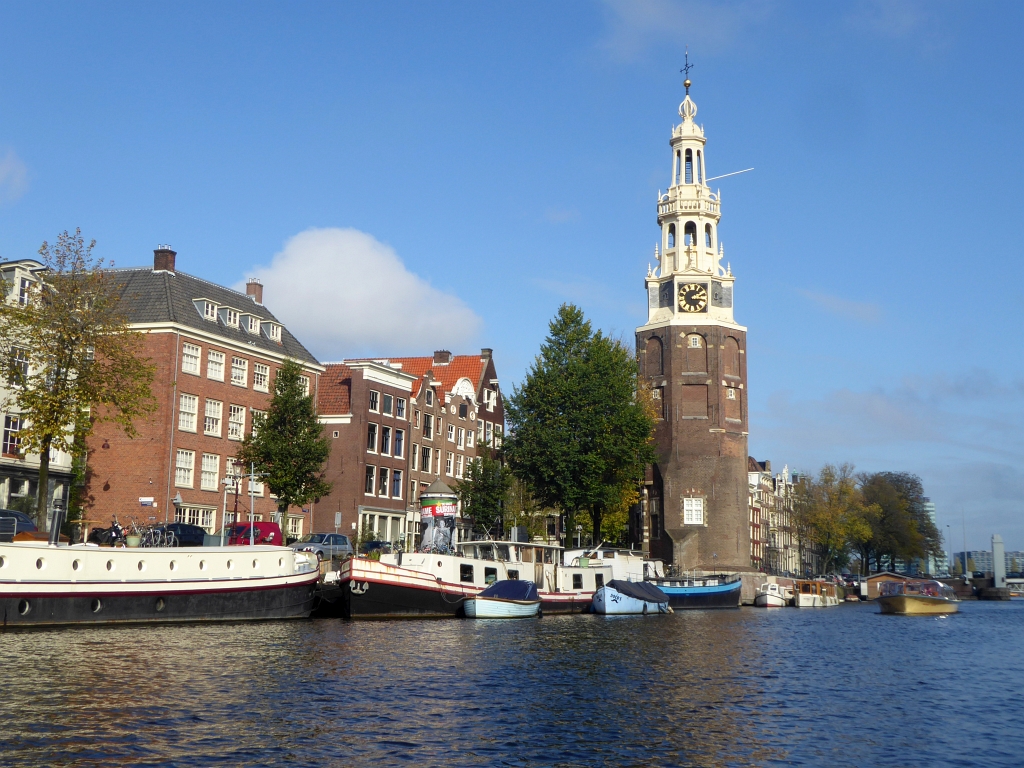 An essential item on any of Amsterdam’s tourist’s itinerary has to be taking a canal boat tour. I really recommend that you dodge the huge boats though and go on a small boat tour they’re a lot nicer, roomier and you’ll be able to see much better not being packed in like sardines. We booked one with Amsterdam Boat Adventures who are currently at the very top of TripAdvisor – and after taking one of their tours I can totally see why. 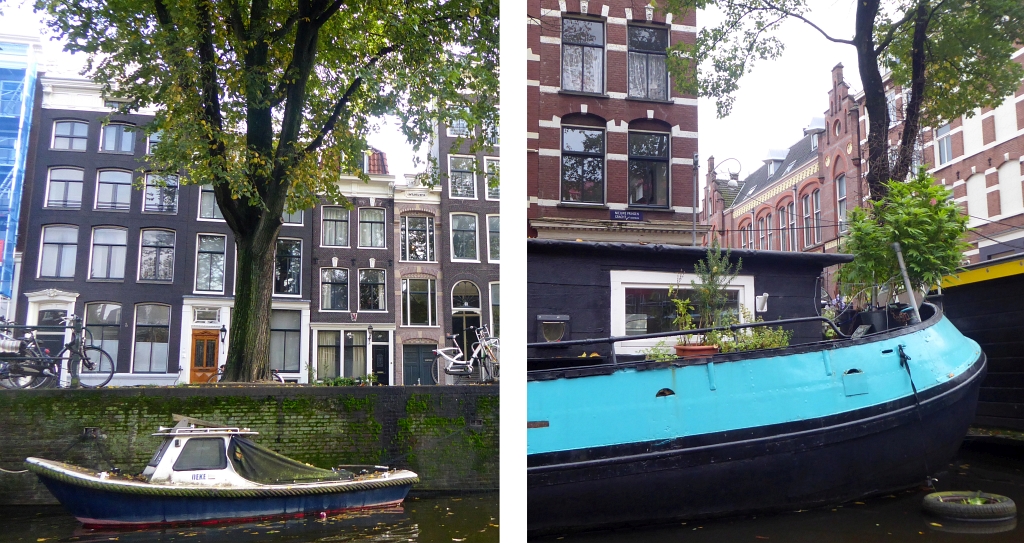 Our guide was very informative, thoughtful and funny. He took us not only to the obvious big sights but also pointed out lots of things that we would probably of otherwise missed, like the (legal) cannabis plants on the house boat above on the right. As well as an insanely thin house in the photo above on the left. 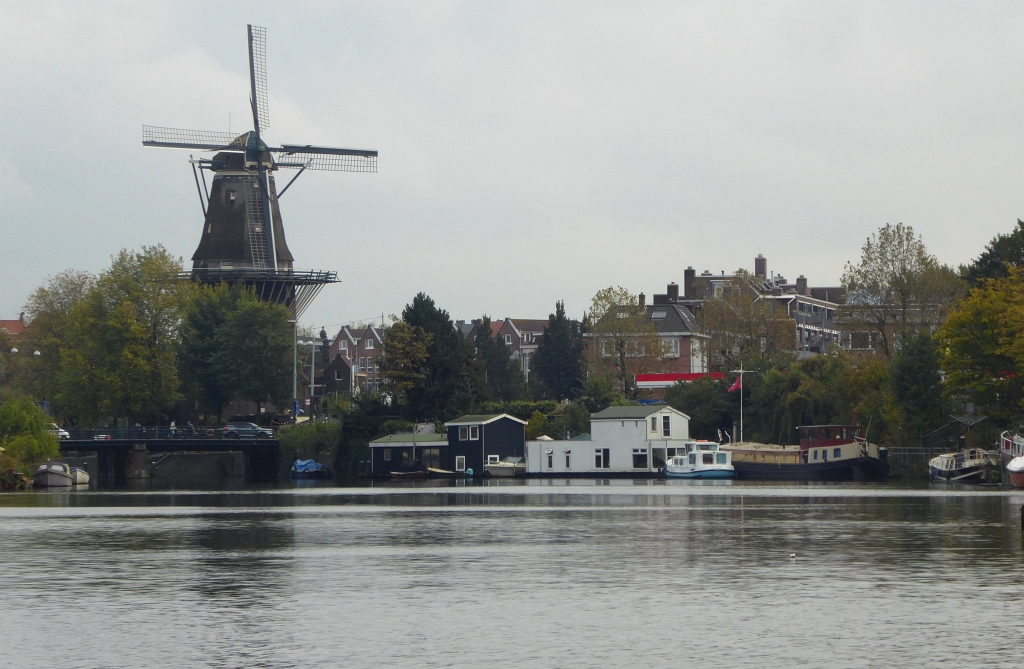 We saw some other fantastic landmarks such as the Windmill of the fantastic Brouwerij ‘t IJ Brewery (which we later visited) and probably the most famous bridge in all of Amsterdam the skinny bridge. A boat tour is a great way to learn a little bit about Amsterdam, the Netherlands and its people. 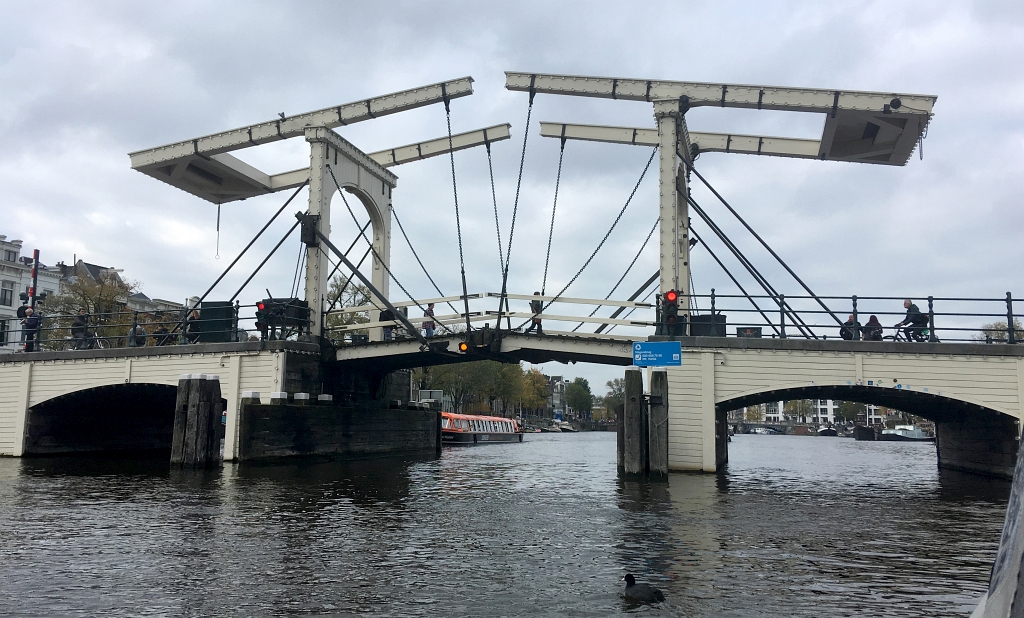 Take A Free Ferry To NDSM 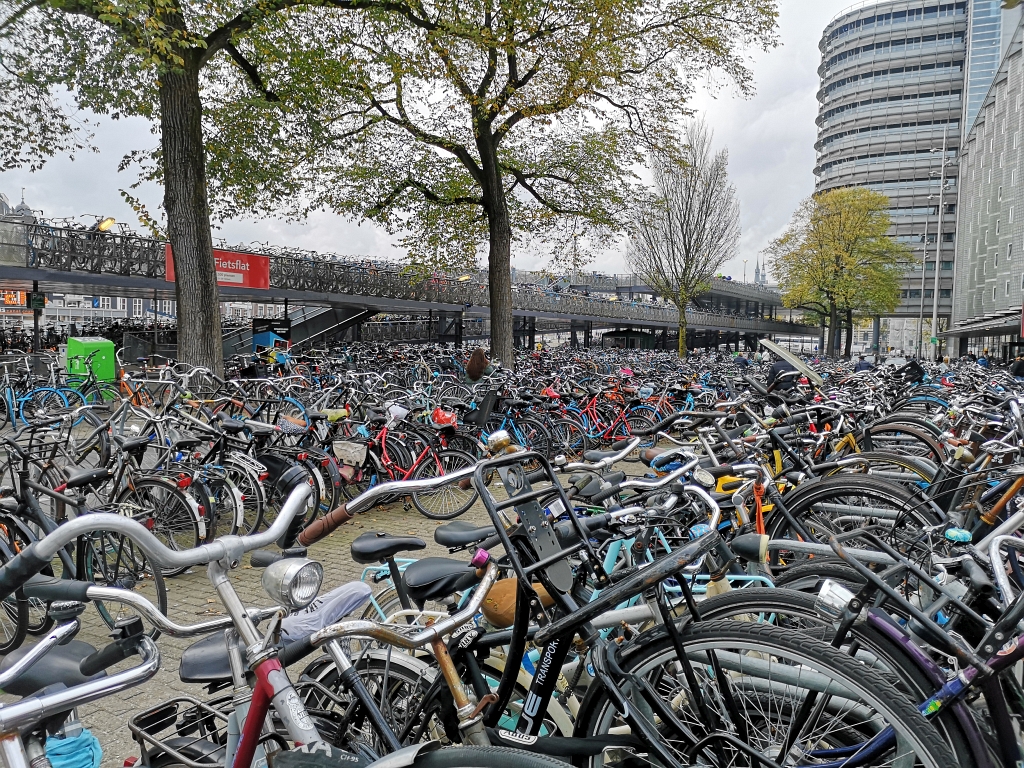 If you go through a tunnel by the Central Station (look out for the immense multistory bicycle parking) you come out by the water and a row of ferry boats which cross over to the trendy Amsterdam North area. These ferries are in fact free to take you to and from the North very quickly and regularly.

You can head from here to several areas on the North Side of the IJ but I’d recommend you head to the very cool NDSM. As your ferry arrives and pulls up and docks you are greeted by a gratified submarine which isn’t something you see everyday! 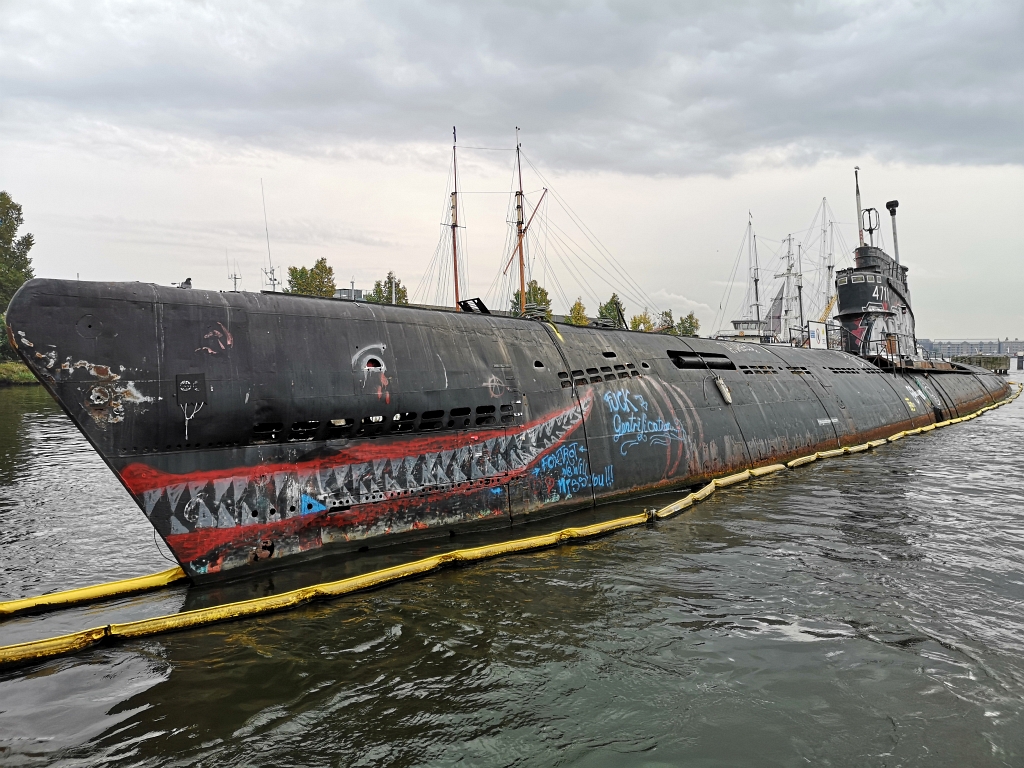 If you are after something to eat and drink over in NDSM I’d suggest you head to Pllek which is a trendy bar and restaurant which actually has a sort of man made beach outside it. It’s certainly very quirky and very cool. 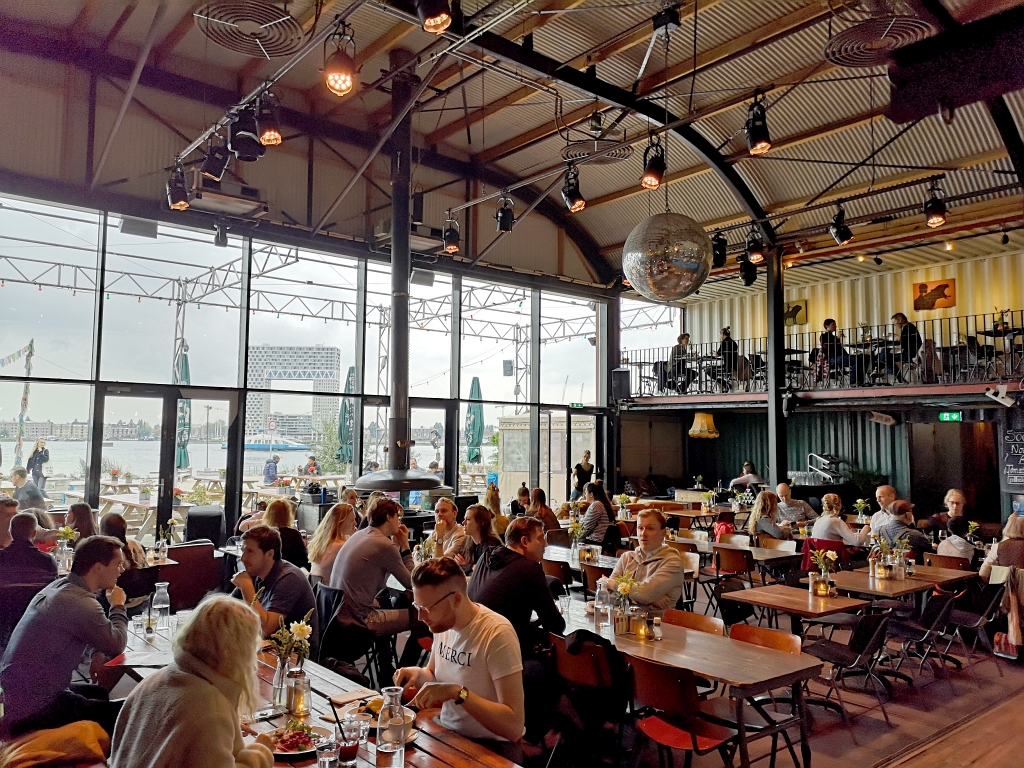 We were lucky enough to stumble across the tail end of the electronic and dance music festival: ADE. On the Sunday on the same site they host the ADE Hangover a day with a more chilled out and less ravy vibe.

What was really cool about this day was that it was free entry so we were able to go into the festival grounds, explore, play and have a little boogie without having to commit to the full festival experience which would have been impossible with limited time. 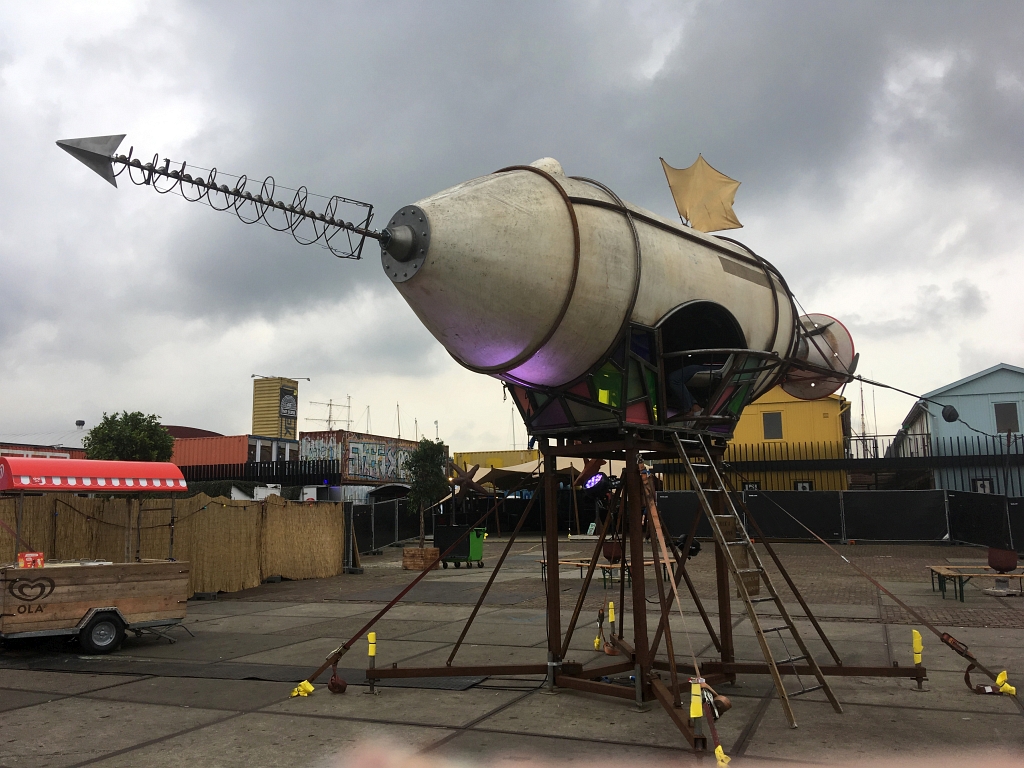 The site was incredibly cool and was jam packed with huge installations, sculptures and different types of art work. I’ve included a few photographs of my favourites but really this was just the tip of the iceberg. 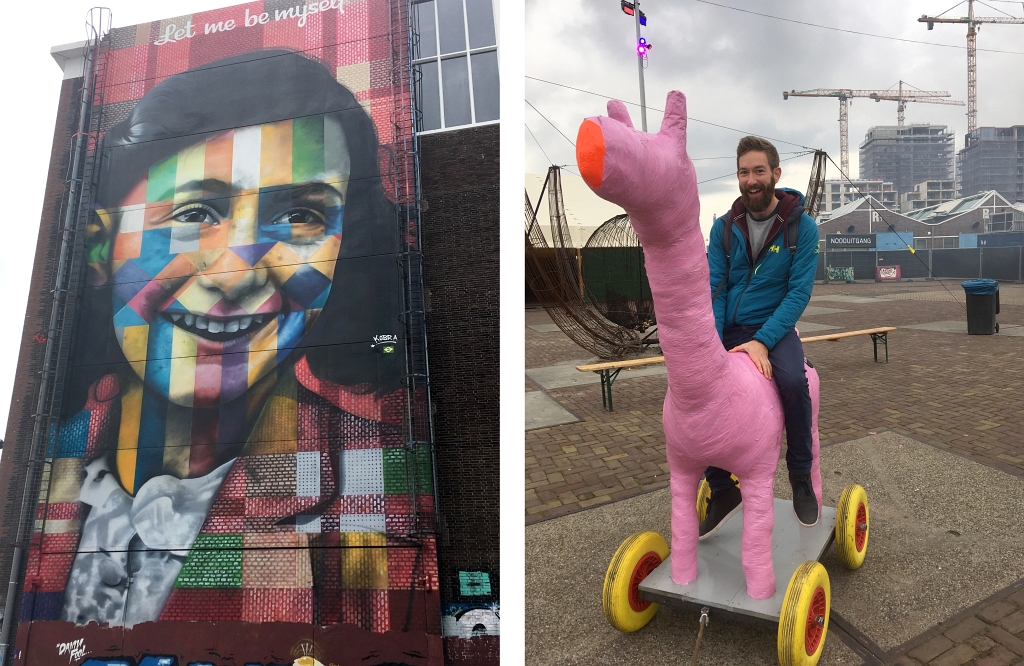 Despite it being the hangover day and having a chilled out start, there was still DJs playing. In a big two storey stage called The Barn it was already getting quite lively! If you’re ever in Amsterdam, definitely head over to NDSM as it looked like there is something happening most weekends.

When a lot of people think about Amsterdam, the first thing they think about is the Red Light District and cannabis culture. Even if you don’t plan on getting involved in either of these scenes, I’d recommend at least taking a short walk through the area as it is certainly different to any part of a city I’ve ever seen before. Quite centrally to this area is a beautiful church called Oude Kerk which we aimed for as an obvious and tall landmark. 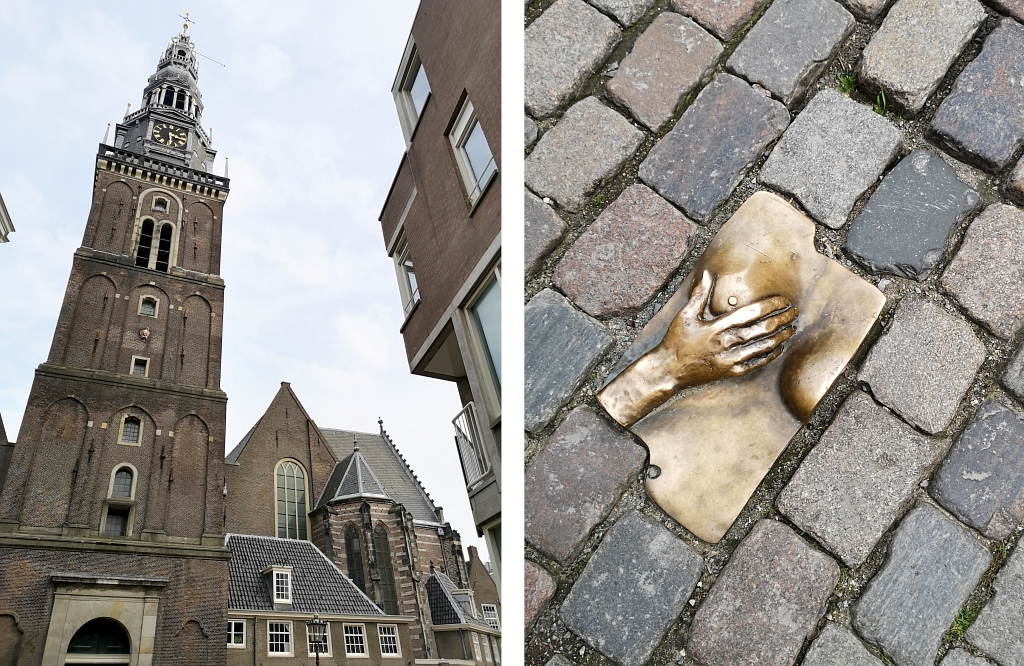 I was totally shocked when we arrived at it to discover Red Light windows literally 2 metres away from the church itself. I assumed that this sort of practice would be really not well received by religious people but I was totally wrong and Oude Kerk actively works to support and take care of the Red Light District’s employees – even with a plaque on the ground right next to the church to show this! 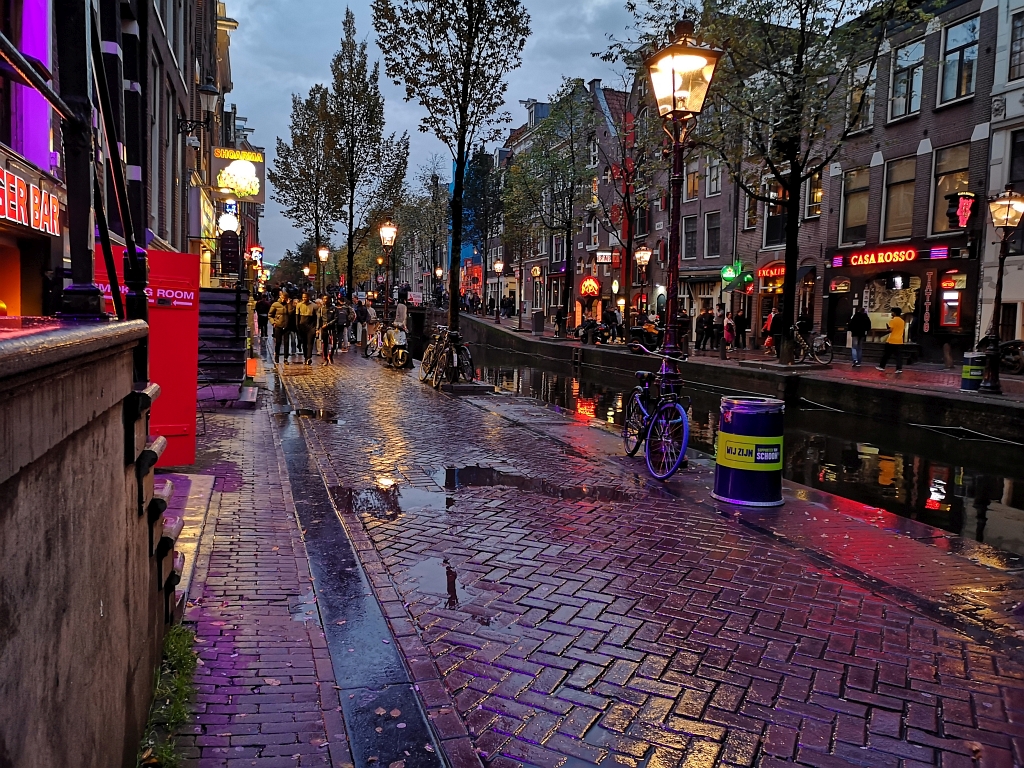 If like us you’re not willing to take part in ‘all’ the area has to offer there are still some slightly less radical but still fun things to see and do there. The Condomerie is certainly worth a brief visit if you’re passing. As the name suggests its a shop that specialises in selling all manor of different condoms. Some very comical and not very functional looking – such as in the shape of landmarks, famous people or animals. 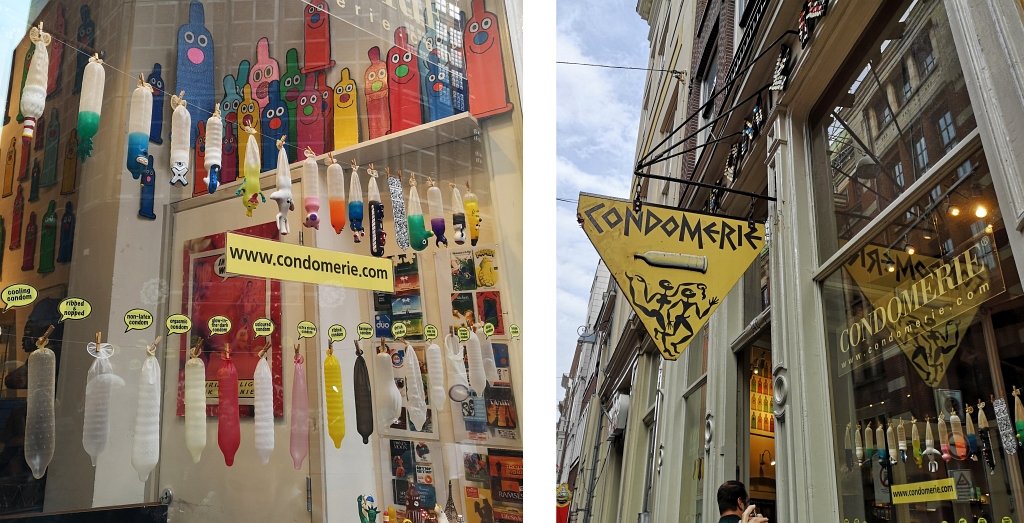 A really cool place to check out is the TonTon Club, a “Bar-cade” that serves decent drinks in a fully working retro arcade. Complete with Pacman, all kinds of pinball, Time Crisis and air hockey to name but a few. They also have a really substantial library of board and card games, if the weather isn’t very nice or you want to rest your legs and chill out for an hour or so.