Some people may disagree with me but I don’t really think the 80’s were a great decade for horror movies. There were a lot of slasher sequels and it just wasn’t as inventive as some of the other decades. Saying that, there are still quite a few to choose from, here are my top 5: 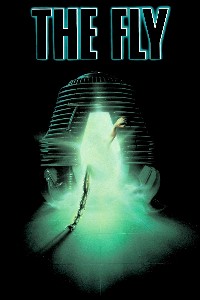 The Fly
The is a fantastic David Cronenberg film featuring amazing special effects and Jeff Goldblums best ever performance. It tells of the story of a scientist who accidentally teleports himself and a fly. I’d really like to see a film based on the flys point of view.

Shining
The Shining kicked off the 80’s in terms of horror films. This awesome psychological horror is directed by Stanley Kubrick and based on the book by horror writing legend, Stephen King.

Thing
Don’t you even think of watching that awful remake/prequel thing. Just check out the 1982 original directed by John Carpenter. Although saying that, it is based on a film and book from the 50’s! Amazing suspenseful film, full of 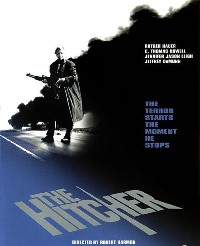 incredible special effects that don’t feel anywhere near as dated as some of the CGI from the 90’s and early oo’s.

The Hitcher
Remade in 2007 featuring Ned Stark (Sean Bean), the original is still the one worth watching. A great movie which will put you off ever picking up a hitch hiker, especially if they have a long coat!

Children of the Corn
This film isn’t about some kids who really like Nu-Metal it’s another film based on a Stephen King Story. Children of the Corn is a yet another horror film to put you off driving through rural America. A couple stumble across some very freaky, cultish children!