We are now in October, the month of Halloween. So being a horror fan, I thought I’d write a series of posts about my favourite horror films of each decade. I thought I’d start chronologically with the earliest post – the 70’s. Here we go… 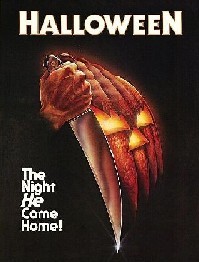 Directed by John Carter who also wrote the memorable theme, Halloween is one of the films that started off the slasher genre and introduced the now infamous character Michael Myers (no not the one from Austin Powers!) A bit tame by modern standards but still a fantastic movie and one that needs to be respected for influencing the horror that we all love today.

Alien
Alien spawned a franchise of films that were more action and sci-fi than horror. The original however is definitely 100% horror. A ground breaking classic through and though. If for some reason you haven’t seen it, you definitely need to check out Ridley Scott’s Masterpiece.

The Exorcist
Everyone knows the Exorcist, its an absolute classic. If for some reason you haven’t then, what are you doing? Get going and go watch it! 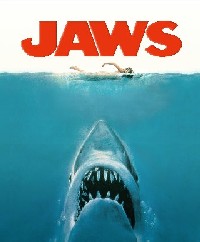 Jaws
I don’t think i’ve ever been in the sea without having at least a moments thought about sharks. This is entirely down to Jaws and i’m sure many others share this. It’s got a great selection of scares and no other shark movie has been able to recreate the success of this terrific film.

The Omen
A less known classic, but an absolute classic all the same and my favourite pedophobic (fear of children) horror movie! This film is very suspenseful and featured a star performance from Gregory Peck.