So, Sunday definitely turned out to be a gluttonous day! We popped down to the Oyster Festival on Events Square, Falmouth at about midday. We browsed the really good selection of high quality stalls and my girlfriend couldn’t resist and bought some jewellery. My eyes however, were set on a very different prize – Oysters and Stout.

We made our way into the main marque and headed straight for the oyster bar. I purchased four oysters on a paper plate for a bargainous five quid. I say bargainous – I have no idea what the going rate for oysters is! 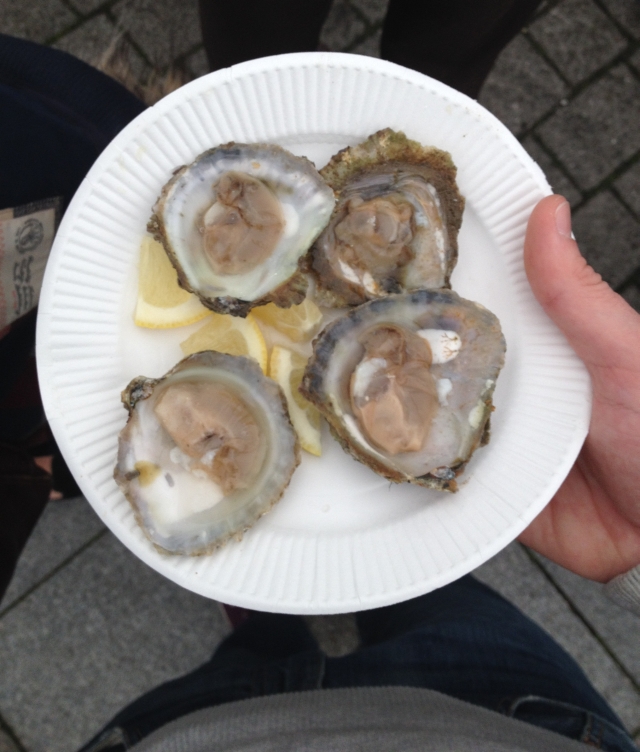 With the oysters achieved, I moved onto my second target – the stout. On the other side of the room there was the Skinner’s bar. We headed over and looked at their selection. They had Betty Stogs, Skin Dog Lager and one of my favourite ciders in the world – Press Gang. 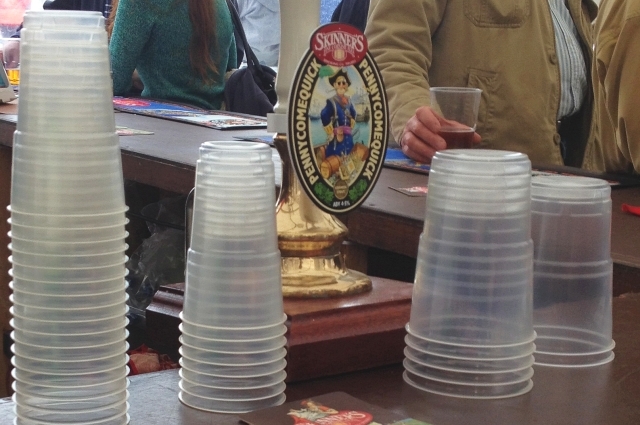 Despite the glorious selection there was only one drink in my sights, so I ordered a pint of Skinner’s stunning stout – Pennycomequick. This stout, which is brewed once a year is fantastic. They use Cornish roasted malts to give a terrific bitterness, which is balanced out with some great chocolatey tones. As it’s only available for a short amount of time, you need to get yourself somewhere that sells it quick so that you can sample a pint or two (or a few).

My girlfriend did go for the Press Gang Cider so I got to watch jealously on as she drank that! As we had been tucking into our oysters, the Cornish Wurzels had been playing a triumphant set perfect for the occasion! The oysters were fantastic, they tasted so oceanic and fresh. After a while we managed to grab some seats and get sat down. 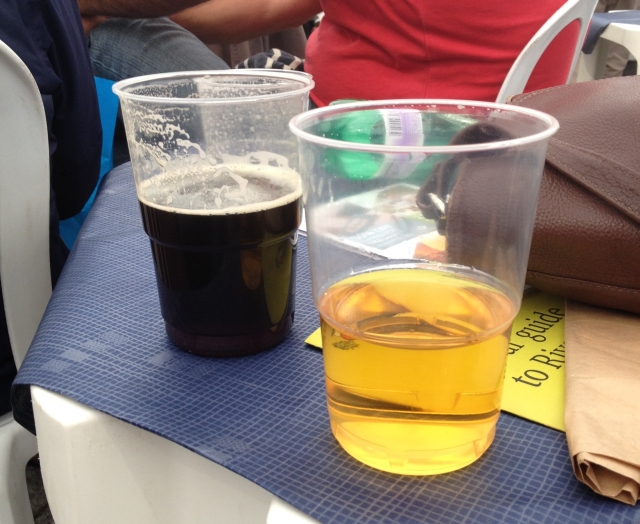 We were very lucky as just as we got sat down, Ken Symons from Oliver’s in Falmouth started his demonstration of an amazing three course meal. I’ve been lucky enough to eat at Oliver’s once before; now this will sound like an exaggeration but it’s completely true, the fillet steak I had at Oliver’s was literally the best meal I’ve ever had. Watching the attention to detail and work that Ken puts into each plate made me even more impressed and had me wanting to go back again ever sooner. I learnt quite a few things from Ken’s demo, the main tip i took away was the very small amount of heat that you need to cook fish; I’m going to try and remember this when I’m cooking my catches. The talk did leave me with one lingering question though, if Ken and his wife Wendy Symons both own and run Oliver’s, then why is it called Oliver’s? Who is Oliver? 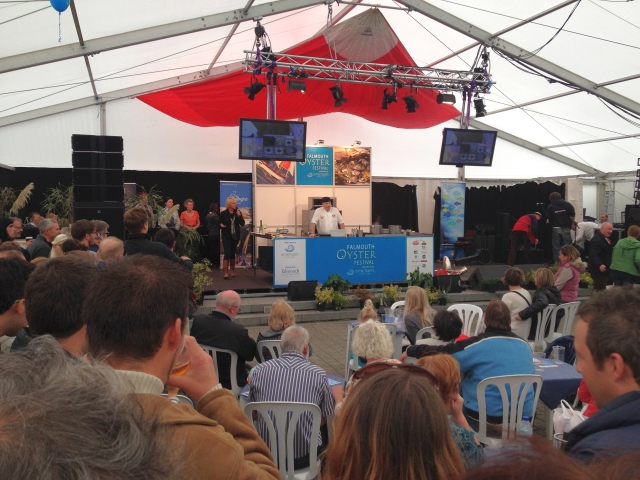 During the demonstration I was getting so hungry I needed to get a snack, fortunately just behind me was a stall selling Crepes. I decided to go for their ‘Oyster Festival Special’ of Teriyaki Mackerel, I’ve not really had many savory pancakes before, but this was awesome, very flavorsome indeed. We had a great time at the Oyster Festival, the only problem with it, is that I’ve got to wait one more whole year for it to happen again. 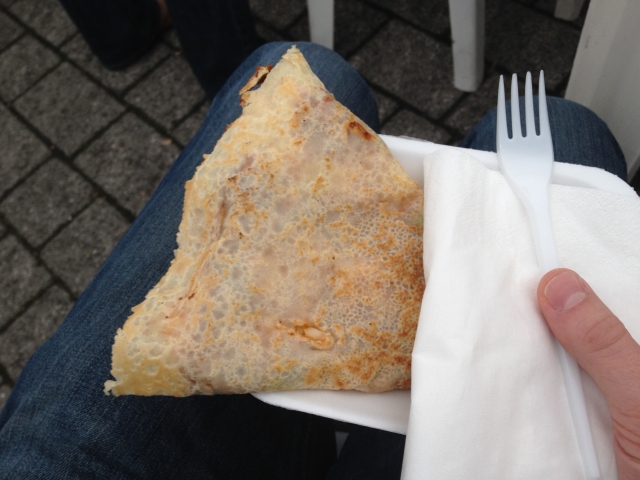