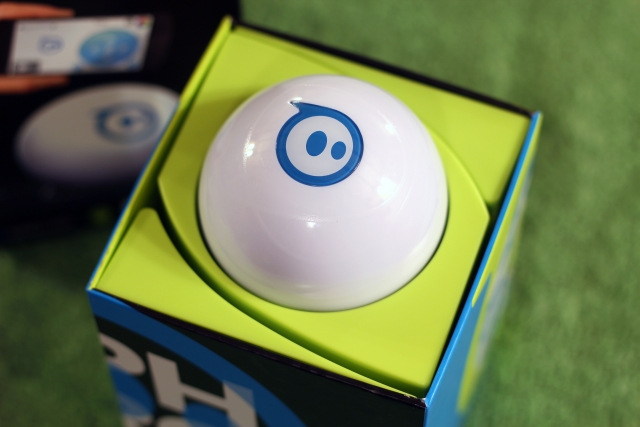 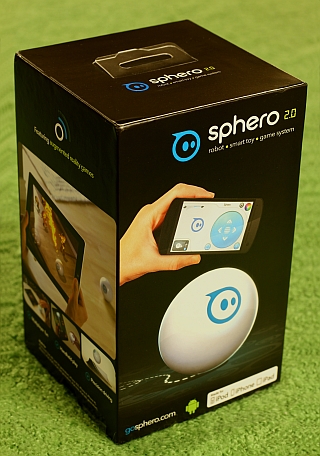 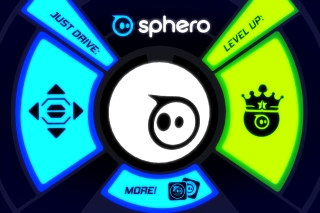 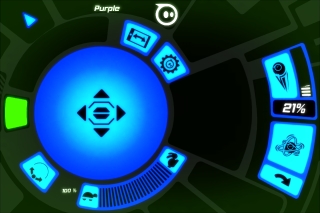 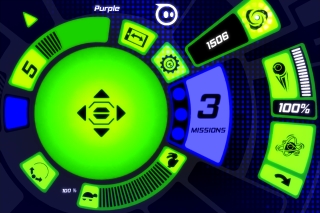 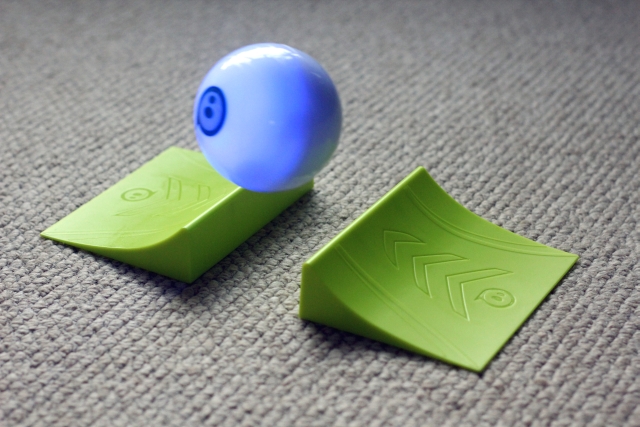 Sphero is a ball.

But it’s not just a ball, it’s packed with loads of cleverness and great ideas:

So you get your Sphero, you download the Sphero app to your apple or android device. So far I’ve tried mine out with my iPhone, iPad and Nexus 7 tablet (which runs on Android). It’s worked great on all three, although I prefer using my iPhone as it’s smaller and makes a more handheld controller. You give the Sphero a couple knocks to wake the little critter up, then connect to it with your Bluetooth. In a matter of seconds, this is done and you launch the Sphero app.

Upon starting the app you get this screen which lets you either click on the left to “just drive” or on the right to “level up”. Pressing just drive is basically exactly what it says, it allows you to do everything with the Sphero straight away and just drive it round like a remote control ball. If you decide to level up you go to a the screen which is very similar however it gives you tasks which teach you Sphero skills and upon completing them allow you to unlock special moves.

You control Sphero with the circular directional button on the left hand side of the display. The further you push the cursor from the center, the faster Sphero will move. With Sphero you can move in any direction, all 360 degrees! It takes a little bit of time to master Sphero but within a short while you can maneuver quickly and driving it feels very rewarding. You can also switch and use the gyroscopes in your phone or tablet to control Sphero by tilting in different directions, although I found using the circular button easier.

At the bottom of the screen you can select a speed between ‘tortoise’ and ‘hare’. When you have it all the way up to ‘hare‘ (which you will) boy does the little ball go fast! What’s even better is that if you’re a proper speed freak you can use the ‘boost’ button which is on the right of the screen, to make it go even faster! Included in the box are a set of two green ramps which is really awesome. I spent most of my time setting up mini obstacle courses and trying to get as much air as possible. It takes a bit of practice to be able to hit a ramp accurately and at speed but this means that when you do, it’s even cooler. 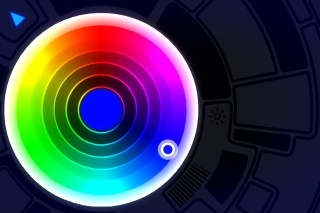 really cool feature of Sphero is how you can change the colour in which he lights up! You use the colour wheel screen (on the right) to choose one of a gazillion possible colours (that may be an exaggeration). The colours are really bright and vivid, even in daylight, not only does this allow you to personalise your Sphero to your favourite colour but it also allows the many apps to use Sphero’s colour changing abilities in their games. There is a great app game called colour grab, where you compete with your friends to grab Sphero the quickest as soon as he changes colour. You can see from the gif I made on the right (I can’t believe I managed to make a gif!) some of the many colours that Sphero can turn. He is like a mini electronic rainbow.

I’m running out of room to describe Sphero, it’s definitely one of those things that’s easier to just watch than read about. So if you are intrigued I suggest you have a peak at the youtube video I’ve put at the bottom of this post. Sphero is much, much more than a remote control ball. I’ve controlled games on my iPhone with Sphero, played golf and augmented reality zombie games with Sphero and I haven’t even had a chance to experience half the apps and other abilities that he has yet!