I’m a huge fan of outdoor cooking, I absolutely love it. It’s something about the added satisfaction and flavour that comes from preparing food in the great outdoors. Despite my enjoyment, I tend to get a bit stuck in a rut when it comes to choosing what delicacies to prepare; burgers, sausages, mackerel and steak, all tend to make a regular appearance. So recently I’ve been looking for new ways of cooking more interesting and unusual meals.

I’ve recently bought an awesome new piece of cooking gear, a 48cm Muurikka Griddle Pan. I’ll explain what a Muurikka Griddle Pan is later, but first let me explain why I’ve decided to write about this particular masterpiece of a meal. I think that when testing out new equipment, it’s always important to choose something easy, simple and especially something tasty! 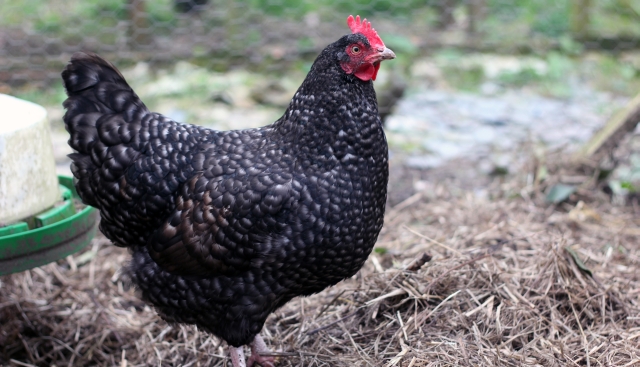 That little fella above is one of our chickens, (it’s a Cuckoo Maran, for all you poultry enthusiasts). As spring has sprung and the chickens are starting to pick up their laying, I thought a good old egg and bacon butty would be a great way of testing out my new griddle pan. 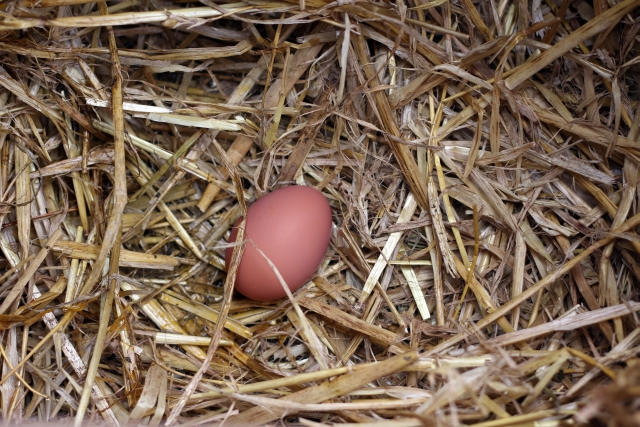 I set up a small fire in the garden, right next to the chicken runs and coups. I then hunted around in the nest boxes for fresh gorgeous eggs. The chickens are fed corn and have happy little lives, this makes their eggs uber flavoursome and a million times better than supermarket eggs.

So anyway, what is a Muurikka Griddle Pan? They’re a versatile pan that can be used over open fires or various grills and gas burners. What I love about them is how they increase the possibilities when making meals in the great outdoors and can make cooking a lot more varied.

What is special about the Muurikka is it’s solid and concave design. With a regular barbeque all those delicious juices, that keep the food moist and tasty, drip down onto the fire or embers. You don’t get this with a Muurikka griddle pan as it keeps all your morsels succulent and you don’t get any loss of taste or moisture. You can also cook foods that wouldn’t be possible on a conventional barbeque like little pieces of meat and vegetables. As the pan is solid you can also add extra flavours in the form of sauces and marinades, making it great for stir-fry. 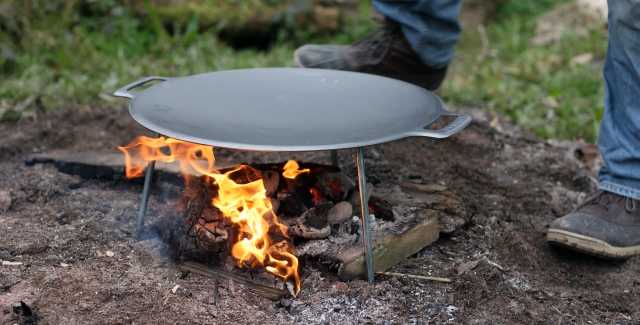 As the pan has optional legs, I chose to use it in what I think is the most exciting and fun way you can – over an open fire. In retrospect I think the fire I had made was a little bit small and I could have used a bit of a larger area of embers. Before you use the pan you need to cover it in grease and heat the pan to cure it, this didn’t take long and is definitely worth doing to make the pan last even longer.

After the pan had cured and the embers had turned white, the pan was piping hot. I then popped some thick-cut premium bacon onto it, I loved the fizzle of the bacon hitting the pan, it sounded fantastic! My girlfriend grabbed the spatula and started flipping and moving the bacon about, making sure it was evenly cooked. 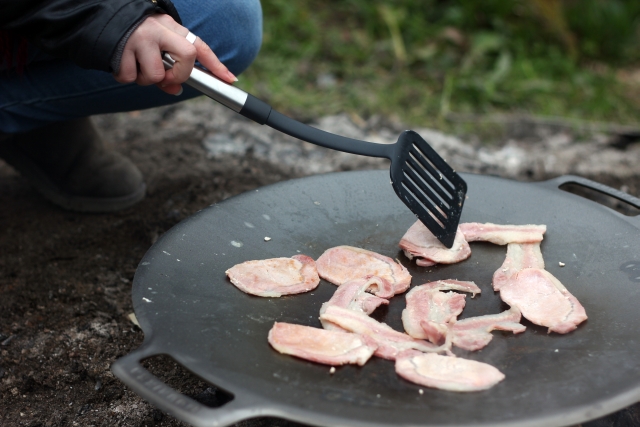 A couple of minutes later I moved the bacon away from the centre and cracked our freshly layed eggs into the Muurikka Griddle Pan. Again, there was so much more excitement and drama than the usual, rather mundane process of frying an egg in a frying pan in your kitchen. 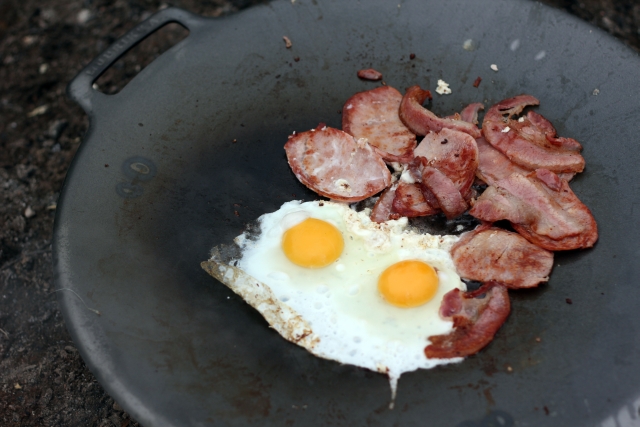 I like my eggs sunny side down so after flipping them, I scooped them and the bacon up and plonked them, rather rustically, into two generously buttered baps. Eating this simple, yet delicious meal was even better and more satisfying than cooking it! I love the Muurikka Griddle Pan and am really looking forward to cooking even better, more complex and even more tasty meals with it. 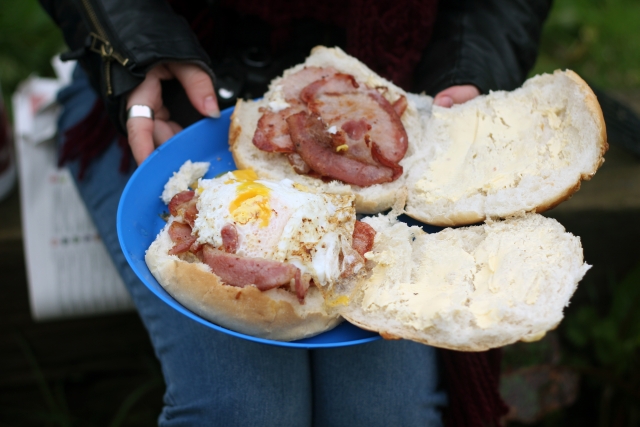 P.S.
Cleaning the griddle pan was a piece of cake, all you need to do is apply a little warm water to the pan while it is still warm and using a kitchen towel, wipe clean. It took minutes and was a lot easier than I was expecting.