With winter now well and truly set in, Cornwall is a bit more bleak than it was a couple of months ago. It’s not the greatest place down here in the cold and the rain; these dark months are the only times I’ve even considered moving to the Big Smoke. However, I’ve never even come close to leaving my sweet Cornwall as the winter can still be awesome, it just needs a little bit of creative thinking. This bit of writing is all about how I’ve been whiling away the winters days.

The first thing we’ve been doing a lot of is climbing. With indoor climbing walls it doesn’t matter what the weather is doing. It can be raining cats and dogs outside and in the safe confines of the climbing wall you’ll be toasty and dry, getting some exercise and more importantly, having fun.

A great thing about the winter months is that there are lots of different events on and as long as you make sure you get out and see them all, you can have some really fun and action packed evenings. I always make sure I get out to a fireworks display. Have you ever not been to one? I’ve not missed a fireworks night yet and hope I never get bored of them. 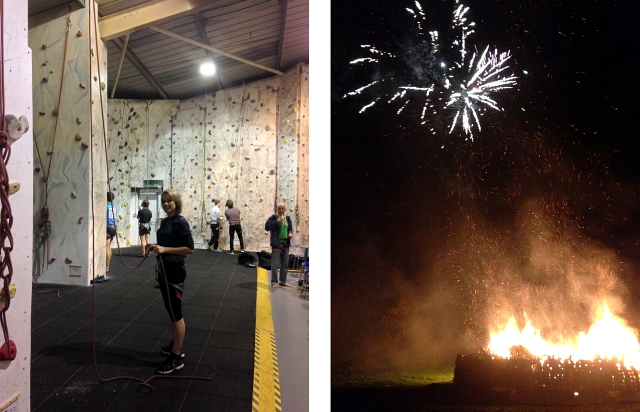 This year we went to watch the Chacewater display which, for a small local firework display, was awesome. It may not be the biggest firework display in the county but they let you stand pretty darn close to it. The occasional firework casing landing on your head really adds to the sense of excitement and with a really good pub nearby, you’re guaranteed a few delicious drinks afterwards. As with all firework displays, a huge bonfire is a must as is a pack of sparklers.

There are some games like Monopoly, Scrabble and Cluedo that should be in every household. Settlers of Catan is one of these games. In fact, I think it’s better than Monopoly. So what is it and why should you have it in your house?

Settlers of Catan is a game all about trading and you don’t have a traditional board, it’s a unique one out of hexagons-putting them together is part of the fun. Each of which represents a type of resource, on every hexagon is also a number which shows you how often it produces its resource. Every turn, two dices will be rolled which will tell you which hexagon will create its resources. 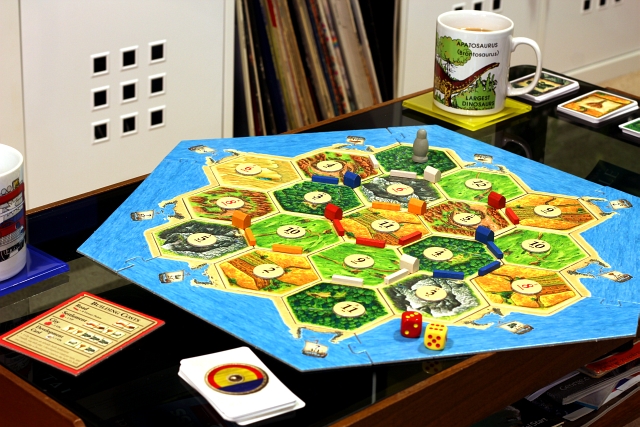 In order to get these lovely resources which you need to build settlements and roads, you need to have built in that area. The interesting part comes because to expand your settlement you must trade with others.

So why is it as good or even better than Monopoly:
• It normally finishes within an hour or so, so you don’t have that overly long “I’m bored of this now” ending.
• Settlers is really, really well balanced. No matter how good a start someone has, everyone is still in it till the last turn. Don’t you hate it when someone gets a hotel on Parklane and Mayfair!
• Everyone loves this game: children, families, friends and hard core gamers. The only people that won’t really get on with it is little kids.
• The trading makes the game very social; you need to be doing lots of talking and bartering and it is really good fun with your mates and a few drinks.
• It’s as easy to pick up, learn and teach as Monopoly, although has more depth and strategy when you get really into it.
• Because the board made from hexagons is set up randomly at the start of each game. You are never really playing the same game twice. 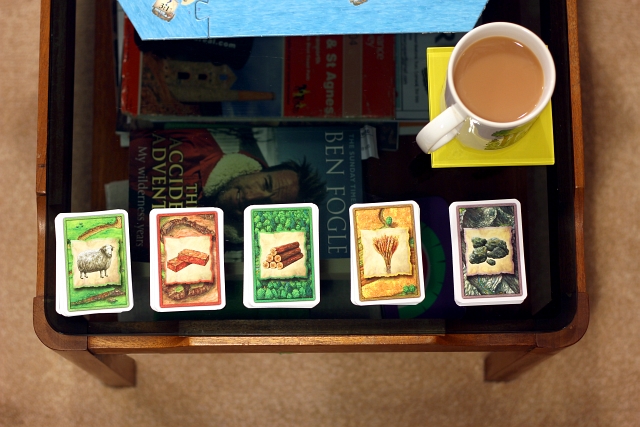 I whole heartedly recommend getting and playing Settlers of Catan this Christmas. It will definitely help Boxing Day fly by. It’s an excellent family game, its non-aggressive so you don’t attack or defend against anyone. The objective is to expand quicker and further than your opponents. You win by being a better trader and co-operator! 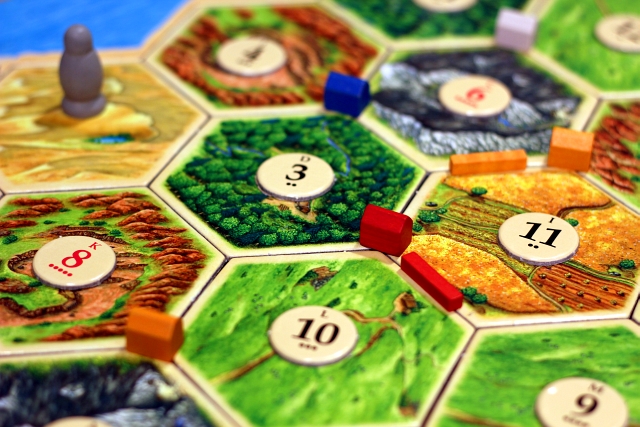 Frank Turner and The Sleeping Souls

In Cornwall we can be a little starved off big musical acts, so when we get them it’s really important to seize the opportunity and get to those extra special, rare gigs. I was a Million Dead fan for ages and when the split up and Frank Turner started playing solo folk music, I was an instant fan too. I’ve seen him live a few years ago now and have been wanting to see him again ever since. This November, he came to Falmouth to play two sold out dates at the Princess Pavilions. His set was stellar and he had the crowd eating out of the palm of his hand for his entire, over two hour performance. 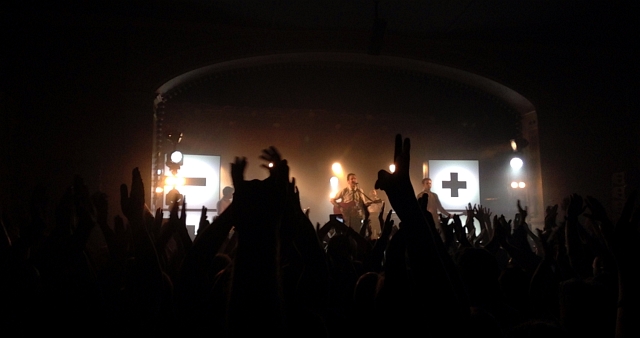 One of the highlights of every winter in Cornwall for me is the City Of Lights procession around Truro. This lantern festival is truely awesome and always kicks off the real start of that Christmassy feeling for me. Hundreds of people, including local artists, schools and bands march through the night time streets of Truro with their dazzling withy and tissue lanterns. While the pavements are lined by coated, gloved and scarfed members of the public who watch these beautiful creations float by. My favourite this year had to be the R2D2 which had been created by one school. Not only did he light up and flash and look just like the one from the movies, he also had a fully functioning, rotating head! 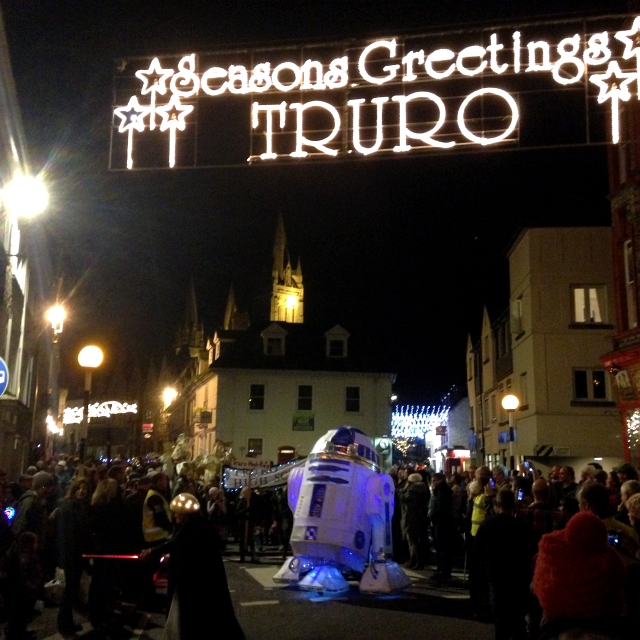 Ice Skating At The Eden Project

My final tip to getting the most out of the winter is to take a trip ice skating. Ice skating rinks seem to pop up around Christmas and the one at the Eden Project has got to be one of the best around. A couple times a year the Eden Project are kind enough to let people in certain professions (including mine) visit with their families for free. So on one of these weekends, we made our way to Eden.

I tried ice skating for the first time last Christmas and although being pretty pants, really enjoyed it. A year later I took to the ice for a second time and despite a year off, I was definitely better. Maybe it was the Roller Skating earlier in the year? Oh by the way, my friends from work and I have been doing Movember, that’s why I’m rocking that glorious, comical moustache and beard combo.

By the time we had left the rink the sun had set and the moon was up. We made our way into the biomes and they looked as we’d never seen them before. Entering the rainforest looked completly different. With no natural light and just a few low down lights to illuminate the path, it really felt as if you were in a rainforest at night. The darkness stopped you from seeing the edges of the biome and made it feel a lot more natural. Considering I’ve been to the Eden Project countless times, this new experience really refreshed the wonders of the place to me.