Probably one of the easiest Game Of Thrones landmarks to recognise in Dubrovnik are the steps from the Great Sept of Baelor in King’s Landing aka the ‘Shame Steps’. In real life, these are actually the Dubrovnik’s Jesuit steps. 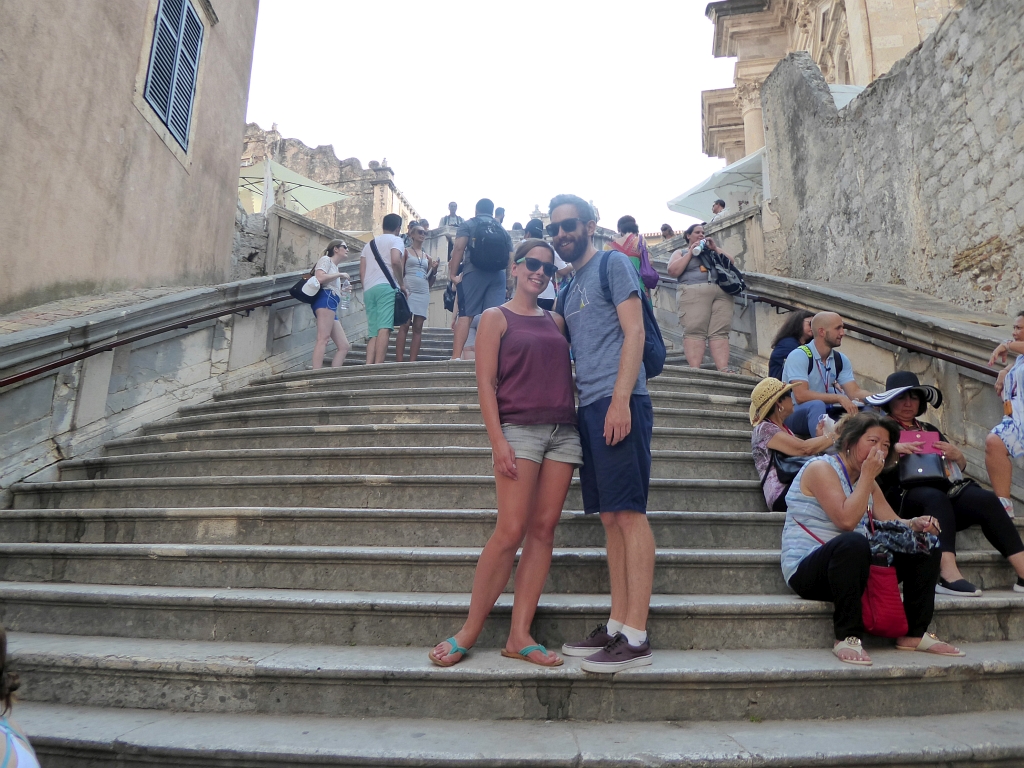 Because they are so iconic and are situated right in the centre of the walled old town of Dubrovnik, these steps are very busy and a very popular photo stop. When we first found them we actually sat and ate our lunch on them! If you want to see them when they are a bit quieter, I’d recommend getting up early as the whole city is a lot less crowded. To get the photo below we walked via the steps on our way for our early morning swim.

Just outside the walled city, you can walk down to Blackwater Bay or Dubrovnik’s West Harbour. The most memorable scene being the battle of Blackwater Bay in Season Two. In the real world, there is a nice little beach with a kayak rental business on it.

This dock has played host to several famous scenes such as some famous arrivals and departures! It’s a very recognisable place and excellent for recreating some scenes! 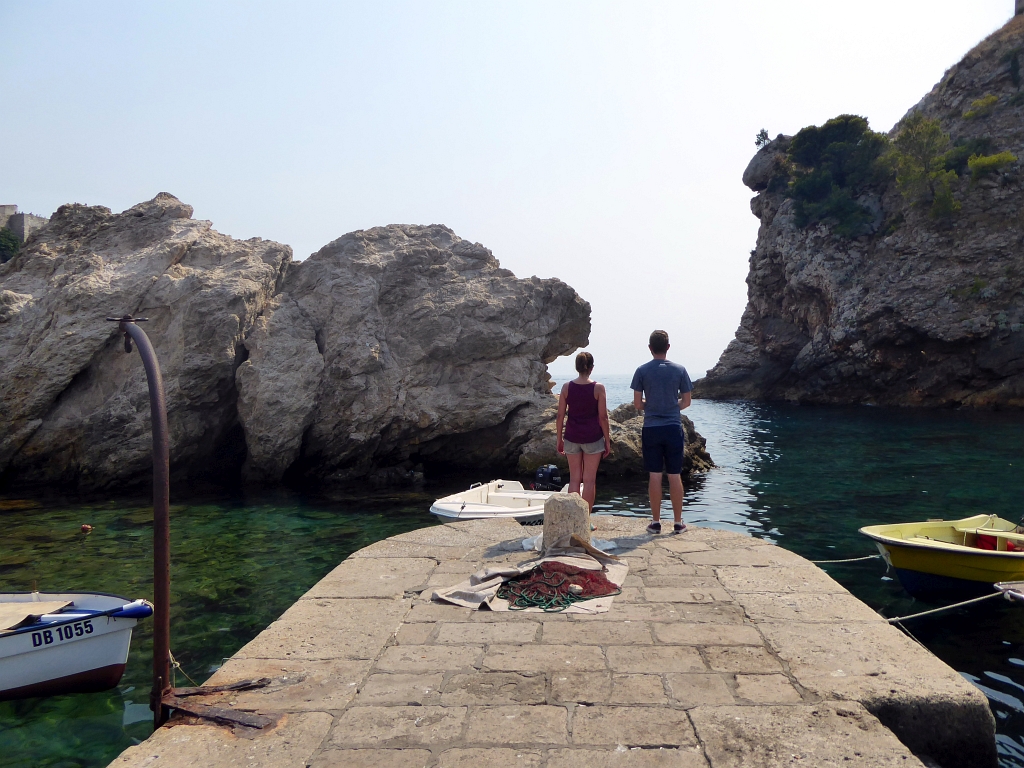 The filming location for High Garden is a place called Trsteno Arboretum which is about a 30 minute drive away from Dubrovnik. We hired a private Game Of Thrones tour guide to take us out there and show us around. This was well worth it as a lot of the filming locations outside the city are not accessible by public transport. We were shown lots of settings for scenes. 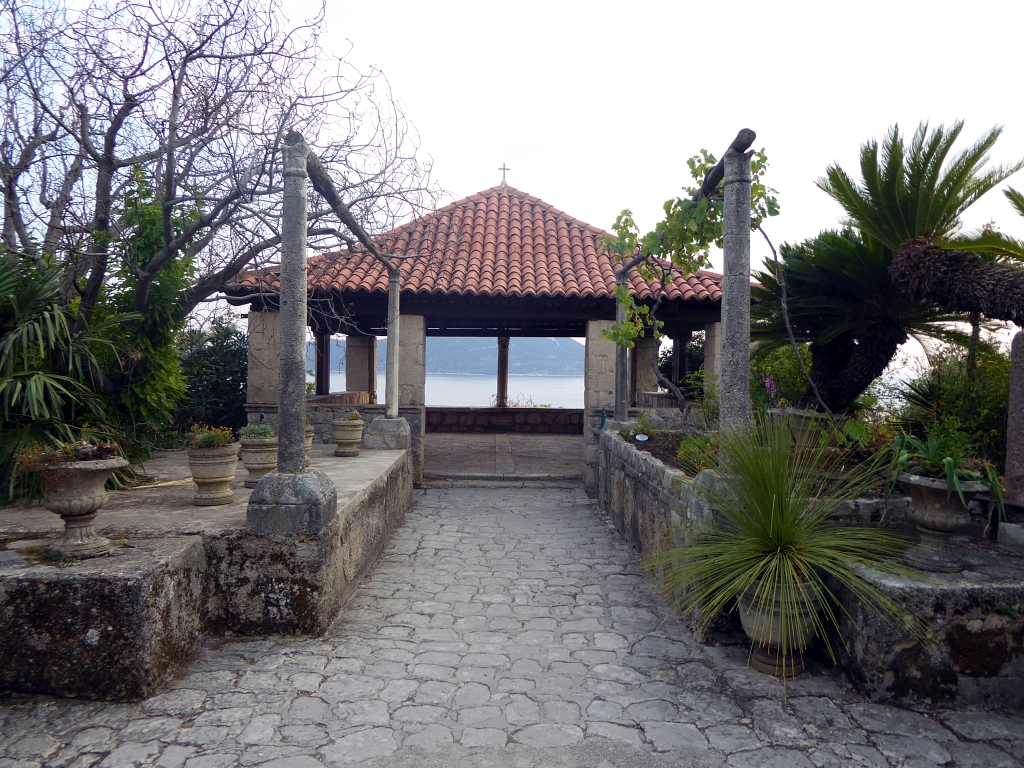 Easily the most famous scenery from High Garden is the gazebo where Lady Olenna and the other Tyrells hang out. This is a beautiful spot in real life as it looks out over the Adriatic sea. I can see why Lady Olenna would choose this as a spot to relax. There are lots of other filming locations in this garden such as the pond where Sansa and Loras Tyrell chat. 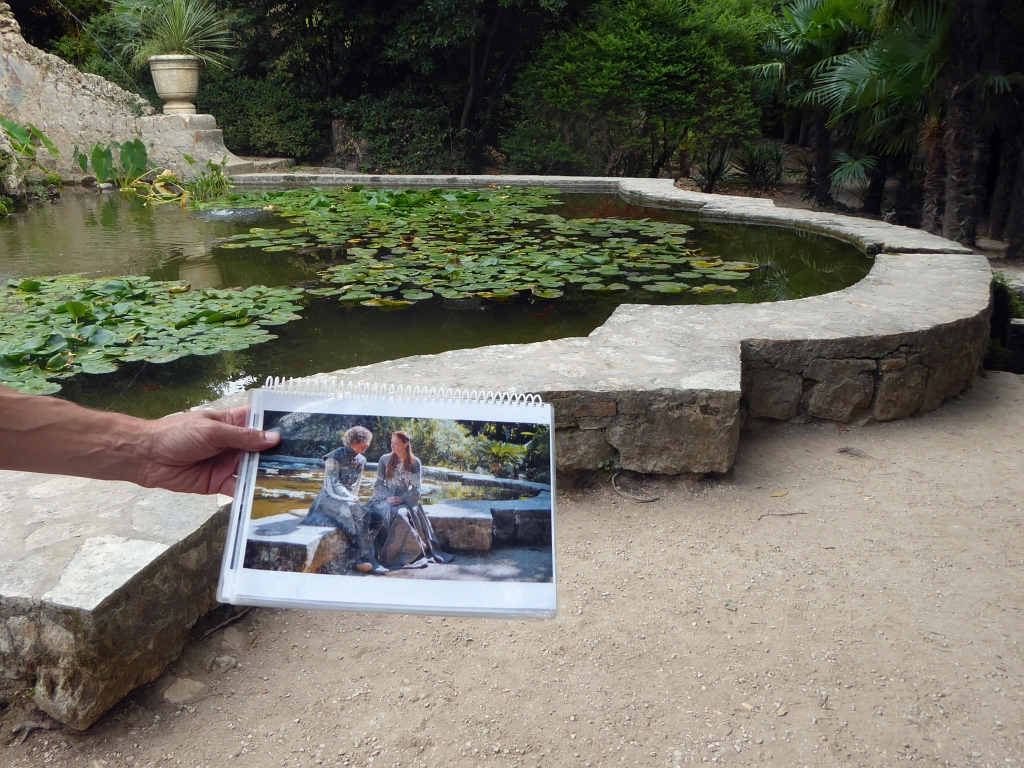 House of the Undying

Back in the city, on the great city walls of Dubrovnik, you can find the House of the Undying. This is actually on a tower on the northern side of the wall. In the show this played host to the scene where Pyat Pree (the warlock from Quarth) stole Daenerys Targaryen’s dragons.

Inside the city walls you can visit Peter Bailish’s brothel! It turns out, however, that Little Finger’s whore house is in fact an Ethnographic museum. I’m not sure what they think about now being famous for being an onscreen brothel! 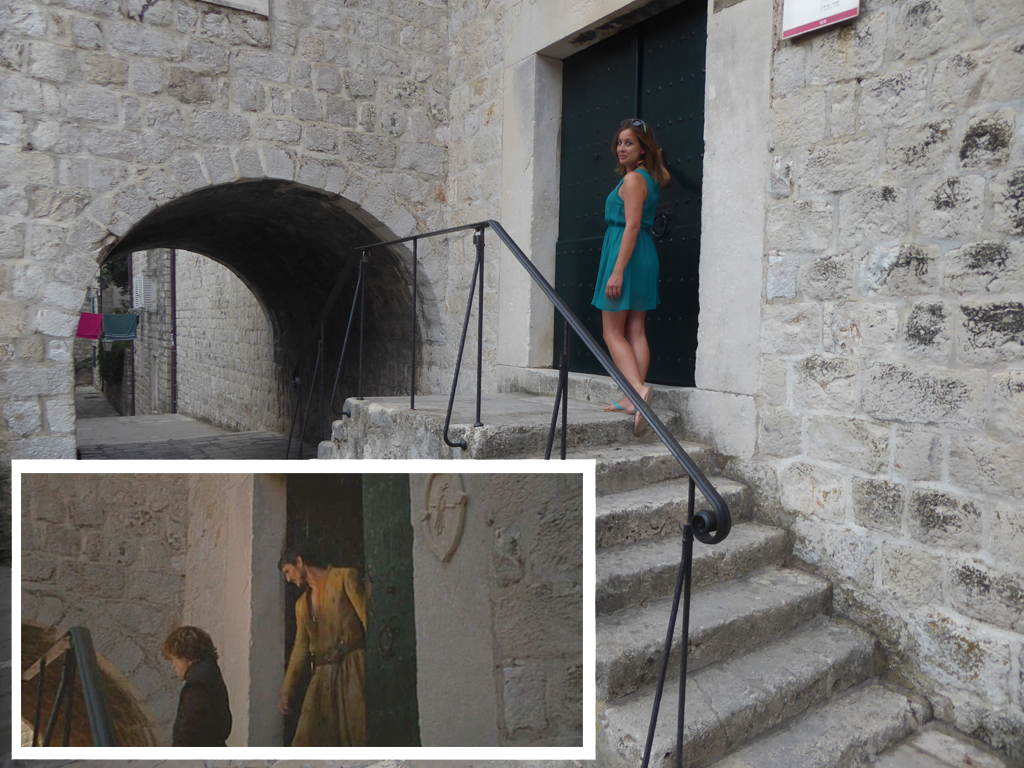 Oberon vs The Mountain Fight Arena

This was probably one of my (if not my) favourite scenes. The location where it was filmed actually makes it more cool as it was filmed at an abandoned hotel which is also a short drive out of the city. Click here to see photos of the hotel. This hotel was left during the war (you can still see holes in the ground from grenades). With a bit of TLC and some set dressing they turned this one area near the water into the famous fighting arena! 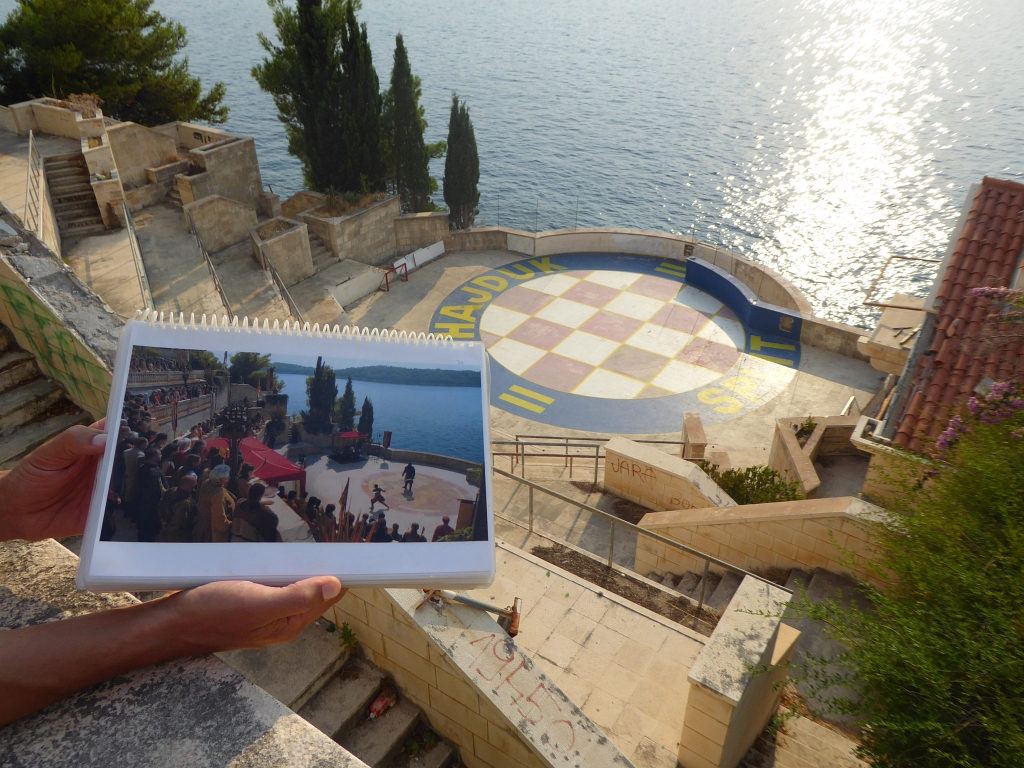 Close to the Trsteno Arboretum is another great and very secretive filming location. I can’t believe a filming scout had even managed to come across such a remote and random location. It is an old concrete platform by the water which was where Jamie practised his sword fighting in secret with Bronn after he lost his hand. The film makers had actually painted a mosaic onto the floor, which you can still see today. Now it isn’t used for fighting, just a sunbathing spot for locals in the know. 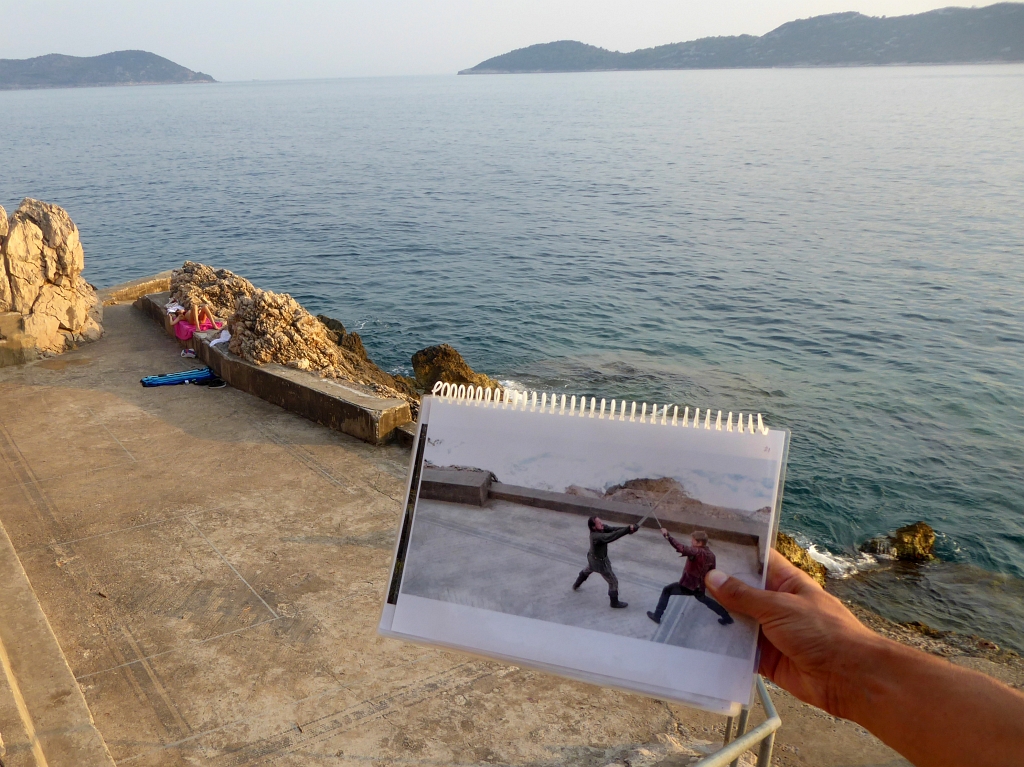 Lastly, I’ve got to mention the Iron Throne on the Island of Lokrum. This replica Throne, which is actually free to sit on, is in a small museum/display about Game of Thrones in the centre the island. I’ve already mentioned the island in this article but as well as being great for snorkelling, the island also played the part of Quarth in many scenes. This included the infamous attempt to poison Daenerys! 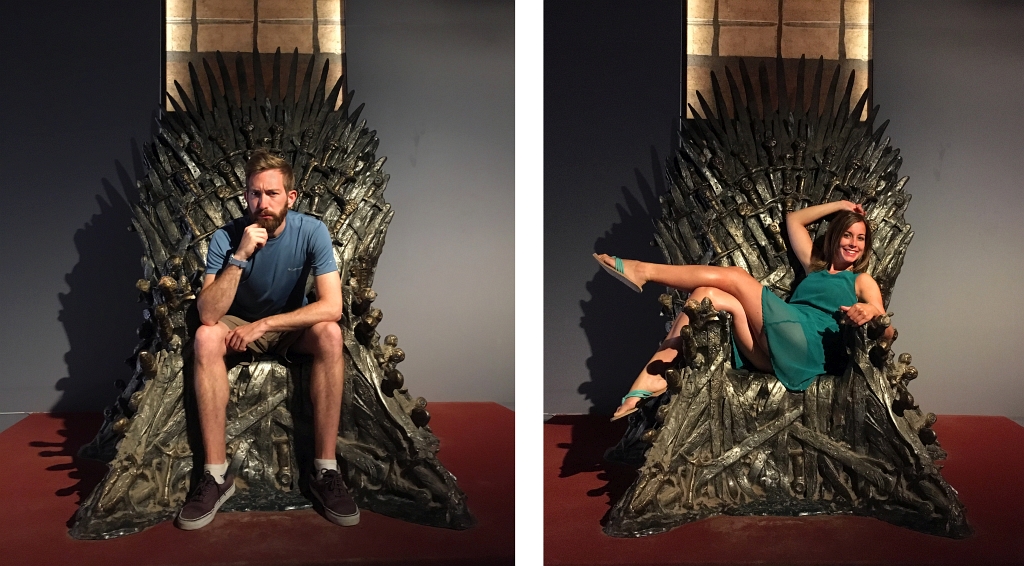