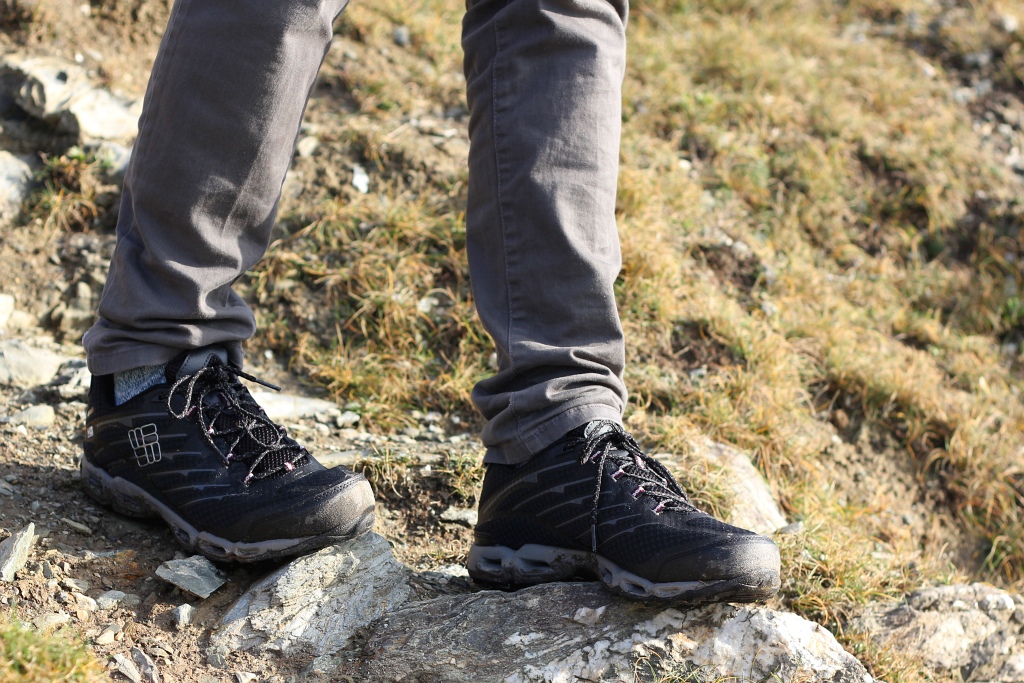 It’s been a couple of years since I reviewed the Columbia Ventrailia walking shoes back in 2016. Since then, these awesome shoes have literally taken me around the world. They’ve been to countries such as Spain, Scandinavia, Poland, Slovakia and Croatia to name but a few. They’ve also been worn on 25+ mile hiking days on the Cornish Coast path. They’ve gone through sand, mud and streams and have served me awesomely. 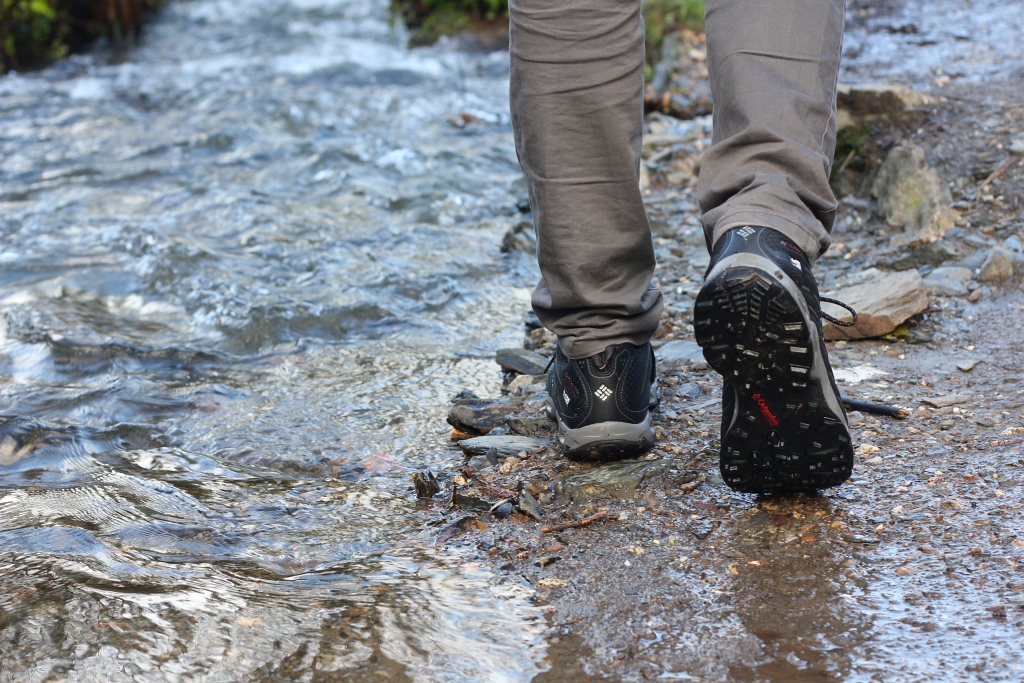 Although my old faithful Columbia Ventrailia walking shoes still look and work great, I thought that it was time to retire them and replace them with something new and shiny – enter the Columbia Ventrailia II – the shoe is the sequel to my much loved and faithfully-serving trail shoe. So is the sequel as good or better than the original (we’re talking Terminator 2 or Aliens) or is there no way it can live up to the hype of the original (The Matrix Reloaded or virtually every other movie example!) 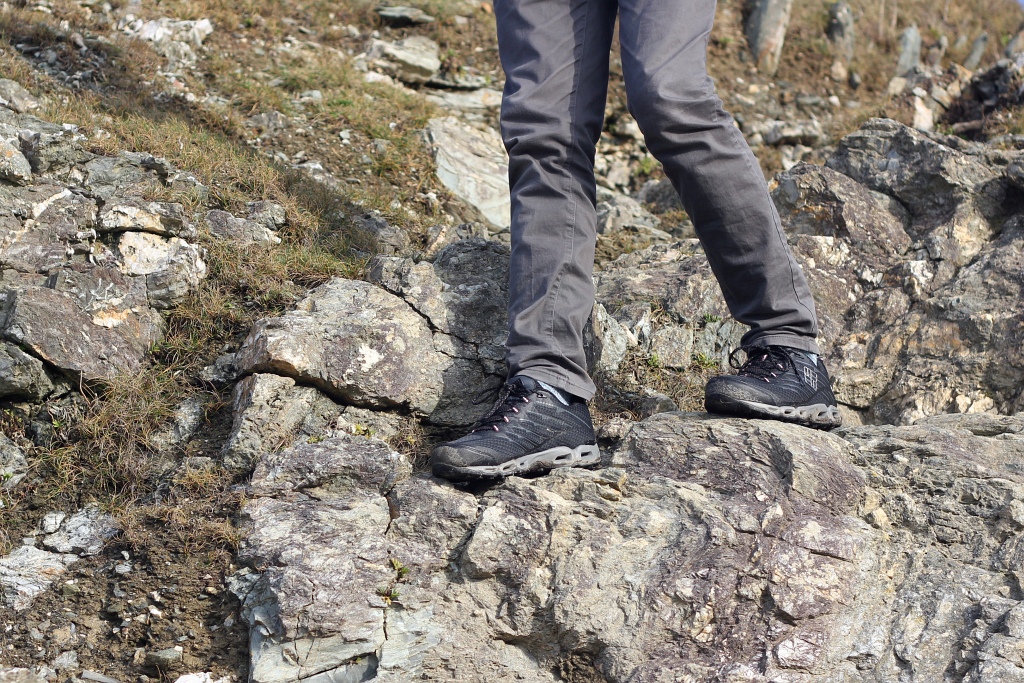 The first thing you notice about the Ventrailia II compared with the original trainer is it has a sleek outer surface. This is the ‘welded synthetic overlays’ which is part of the Columbia OutDry Breathable Waterproof Construction. The Ventrailia and other highly breathable trail shoes are made from a mesh fabric which makes them light comfortable and highly breathable. 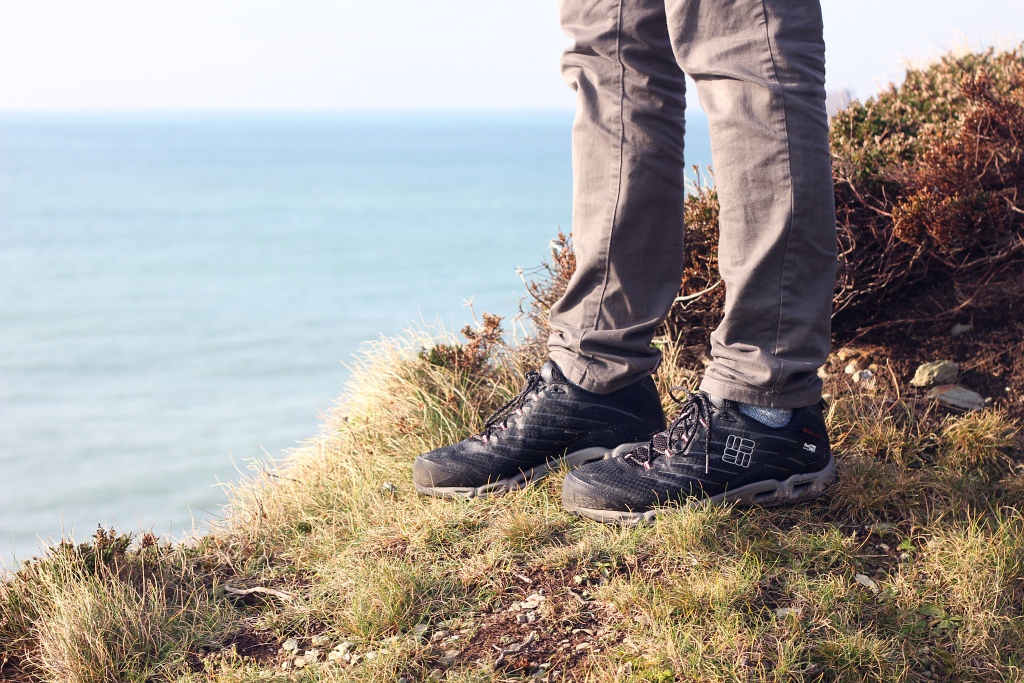 Columbia had added a waterproof membrane into this mesh on the Ventrailia which was great for waterproofing the shoe but with the Ventrailia II this membrane is welded to the outer. This is a huge improvement and a massive design boost over other mesh trail shoes. With a regular mesh shoe the mesh easily absorbs water and gets waterlogged even if the innner membrane keeps your feet dry- this adds weight and makes walking harder, less comfortable and is a pain to dry out.

By putting the membrane on the outside of the shoe Columbia prevent any part of the shoe getting wet – I’ve tested this out and it works brilliant. If you step in a puddle or through a steam the water flows off the shoe and doesn’t enter. They’re like walking shoe versions of welly boots. However, they still have all the inherent benefits of a mesh shoe – they’re soft, very comfortable, light and highly breathable. Obviously, they’re walking shoes not waders; if it rains or you step in something too deep will come in the top but compared to other trail shoes they have a really great balance of waterproofness and breathability. 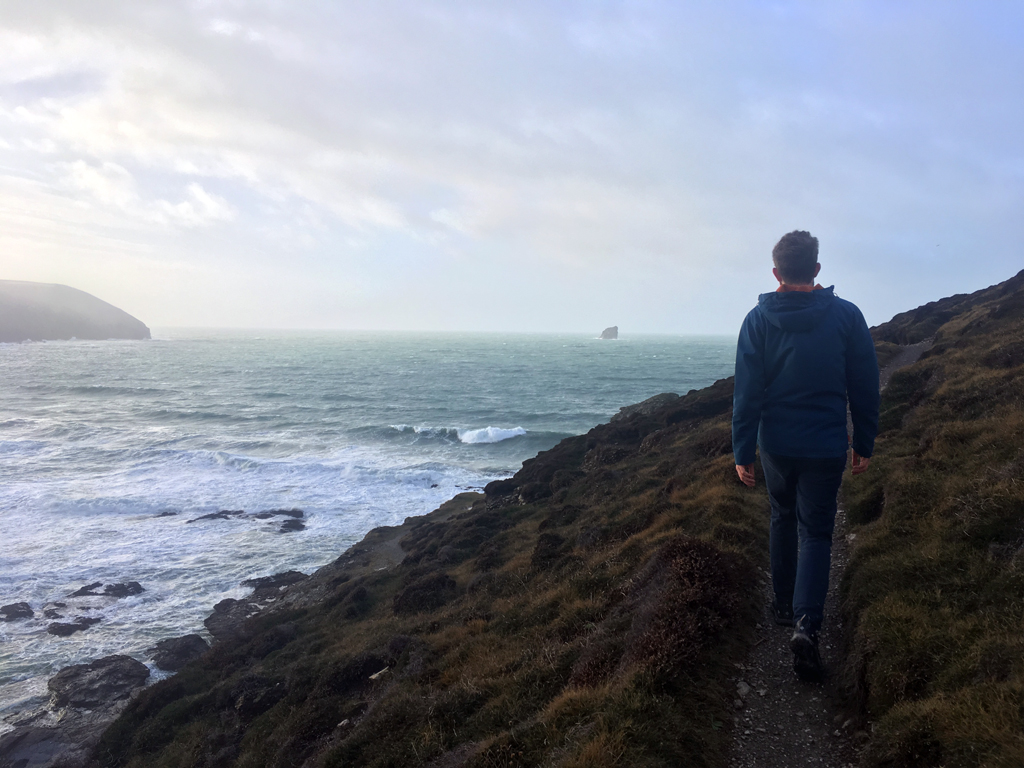 As far as I can see they’ve kept the same Omni-Grip traction soles as the previous Ventrailia had. I think this is an awesome decision as I’m a firm believer that if something’s not broke – don’t fix it! Where as something like a skate shoe has small grooves on the sole, these have deep grooves which grip incredibly well. As I’ve previously written, I wore these shoes through mountains in Snowdonia, the Lakes, Peaks and the Slovakian High Tatras as well as around the beautiful Cornish coastal path. They’ve never done me wrong even when scrambling on exposed ground. I’ve worn them over mud, rain and uneven ground and I’ve never had a slip or slide. The tread is hard wearing and is still going strong.

As you might be able to tell – I’m a big fan of the original Ventrailia walking shoes and the improvements that Columbia have made on the Ventrailia II are all purposeful and have improved an already brilliant shoe. The Columbia Ventrailia II men’s trail shoe is available in a range of colours at Cotswold Outdoor. 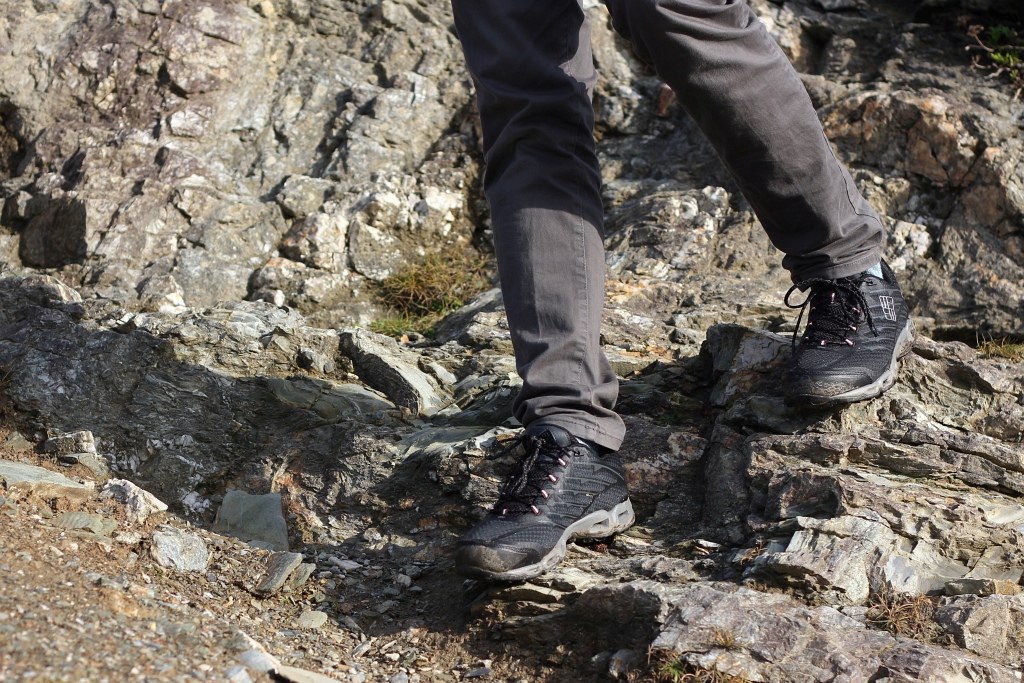