Going Camping On The Isles of Scilly 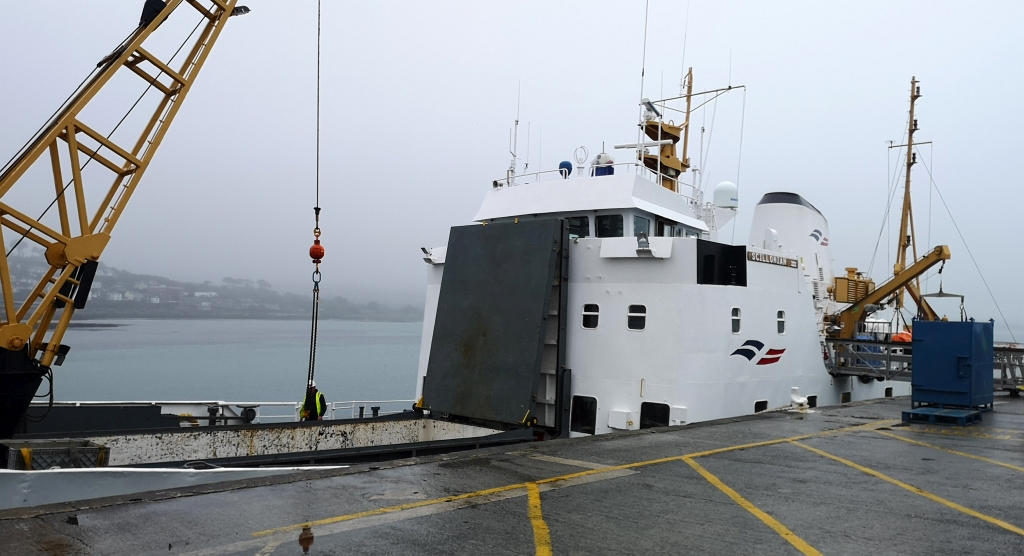 We had booked to take the Scillonian Ferry across from Penzance to St Mary’s (the largest and ‘main’ island) and from there we would take a little boat to the smaller island of St Martin’s. When we had packed our camping gear we had tried to pack incredibly light as we knew that everything we took had to be carried onto and off the Scillonian and then passed by a human chain from one boat to the next when we made it to St Mary’s.

When we made it to St Martin’s we were lucky enough to bump into the campsite owner Ben who offered us a lift in his Land Rover with his dog Peggy.

St.Martin’s Campsite is nestled in a sun trap behind the sand dune belt of Middletown, literally a stones throw from the beach which, like the other beaches in Scilly, has tropical soft silver sand, crystal clear waters, panoramic views of the numerous islands. 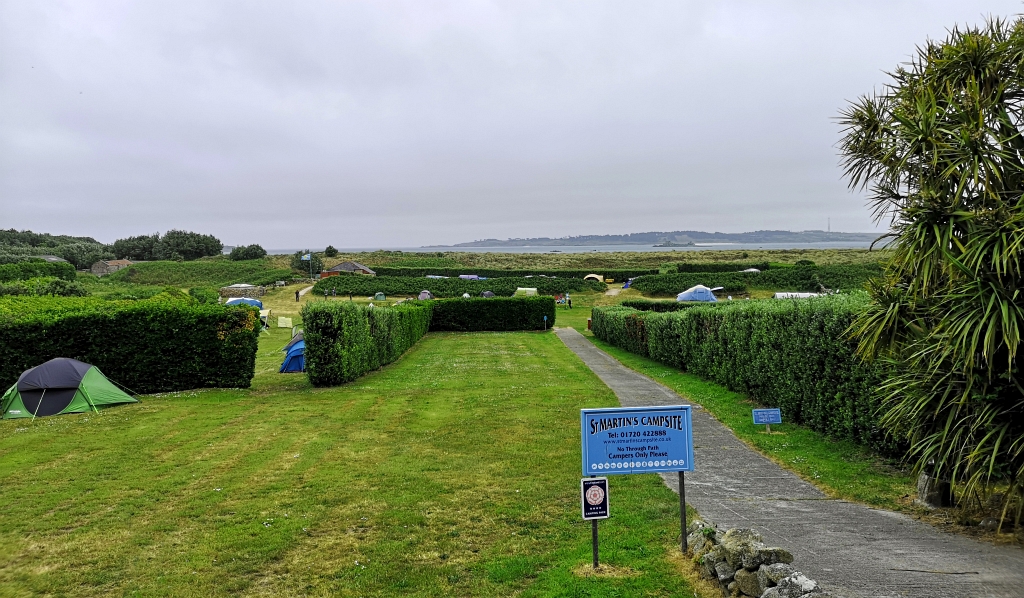 The site is made up of one large and three smaller fields, which are all sheltered by evergreen hedges. These hedges make a great natural windbreak and date back to the days when these fields were part of the flower industry, that Scilly is so famous for.

Great Bay is on the other side of the St Martin’s, however because the island is sort of long and thin it is actually a very short walk across the island this way. From St Martin’s campsite you are on Great Bay beach very quickly. 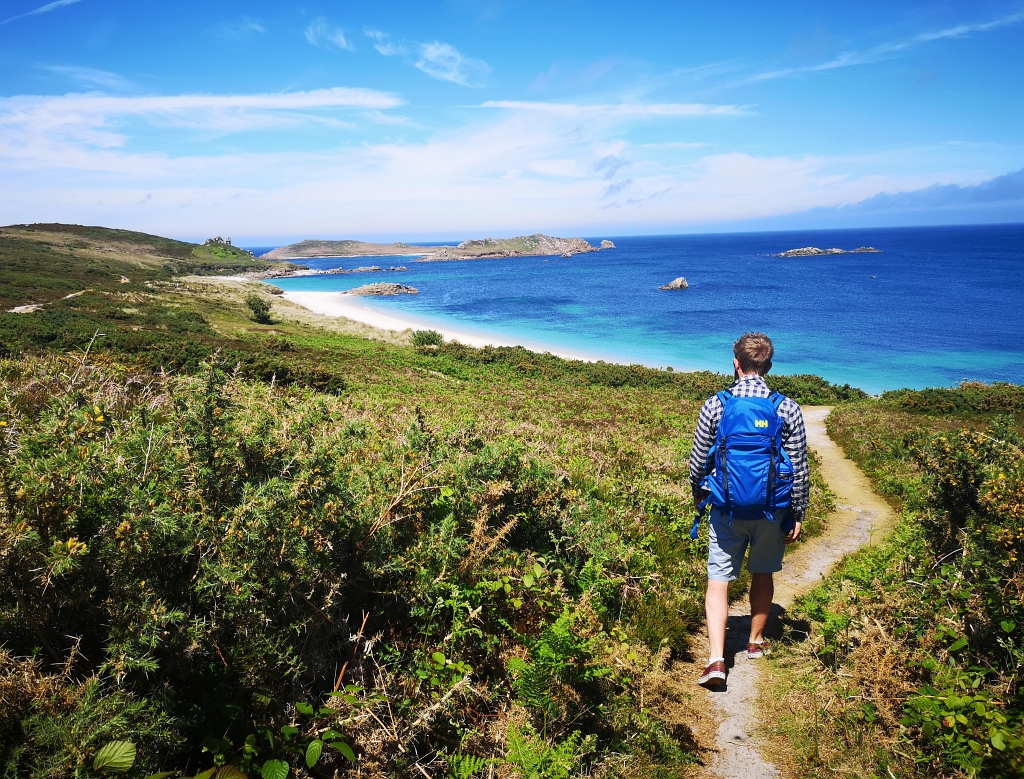 Great Bay is one of the best beaches I’ve ever been to. Even when the Campsite was full to its maximum of 50 pitches or 100 people and the sun was shining the beach was still nearly deserted. It has a secluded tranquillity which makes it absolutely magnificent. It is an utterly unspoilt beach which offers perfect bathing in its shallow turquoise waters. PERFECT. 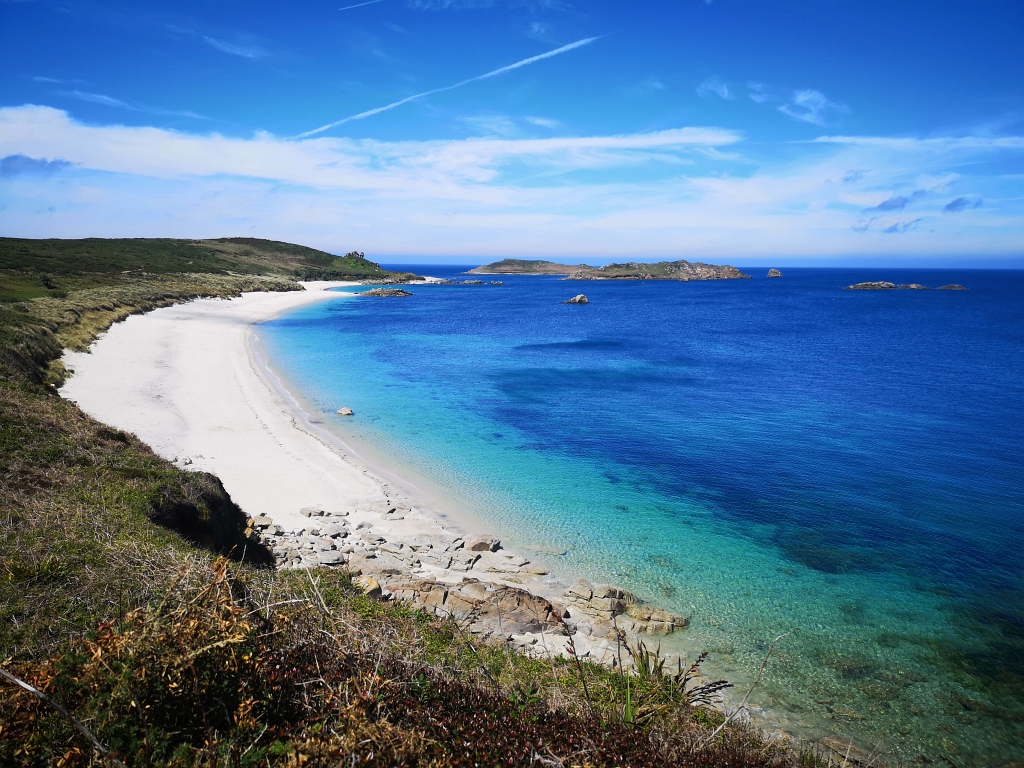 When you’re staying on St Martin’s you must walk the entire coastal path right the way around the island. It is the only way to see every cove, beach and cliff. It’s surprising short and just takes a few hours depending on how many times you stop to look at the beautiful scenery (probably a lot!) 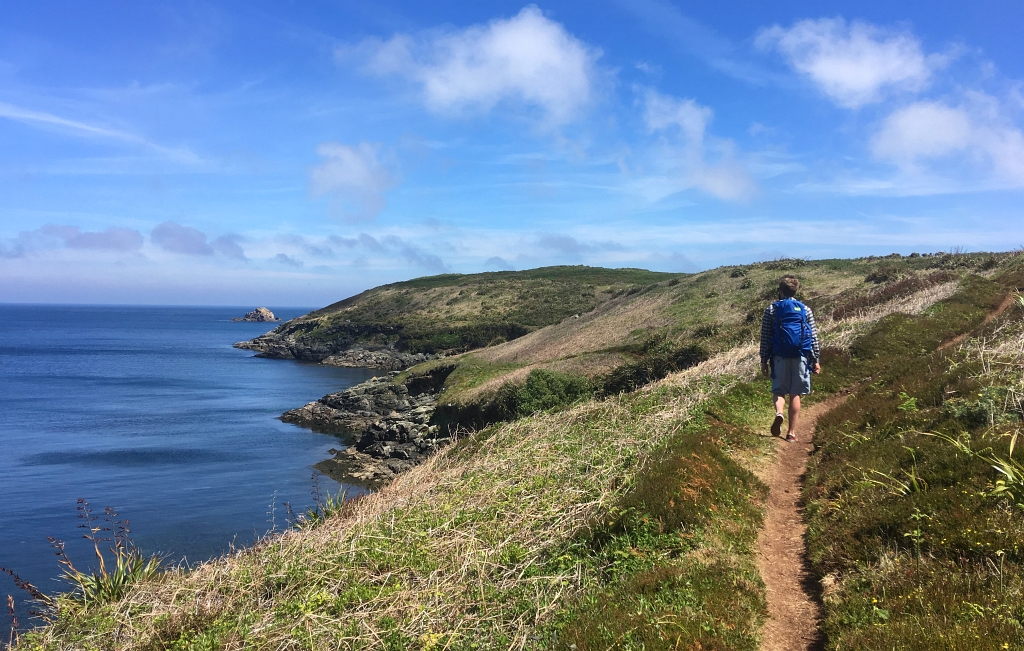 It’s a great idea to have a map with you so that you can identify all the other islands that lay off the coast of St Martin’s both the main ones and the smaller inhabited ones. 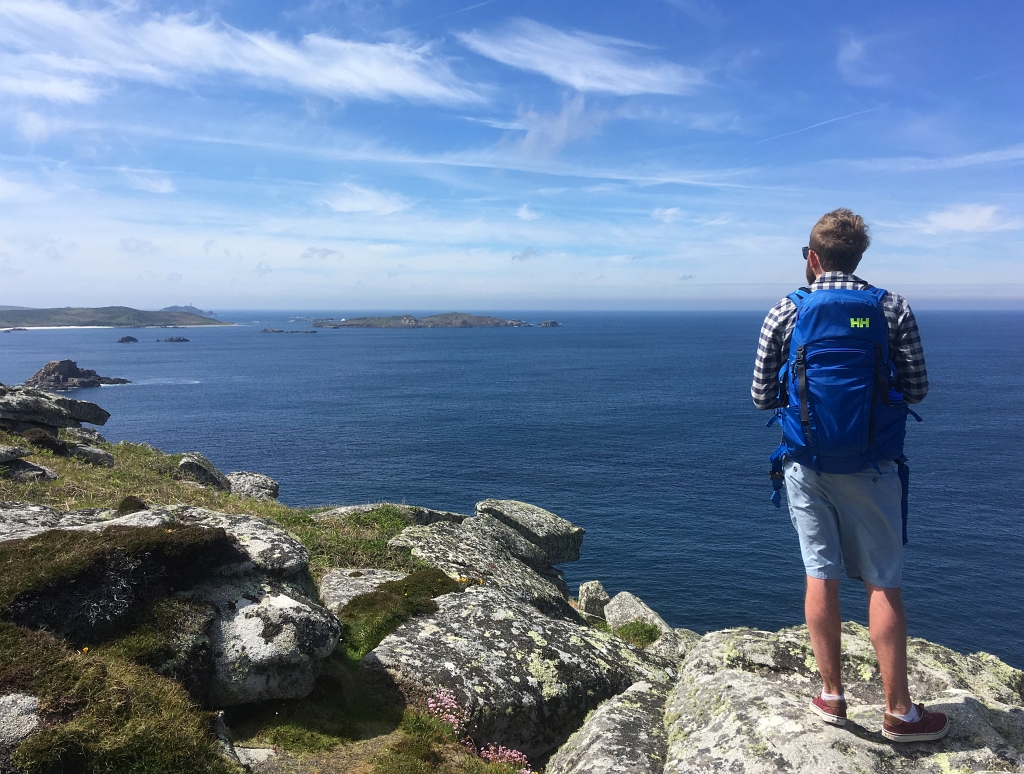 When you’re walking your way around the gorgeous Island you wont help but come across what is probably St Martin’s most famous landmark – The Daymark. 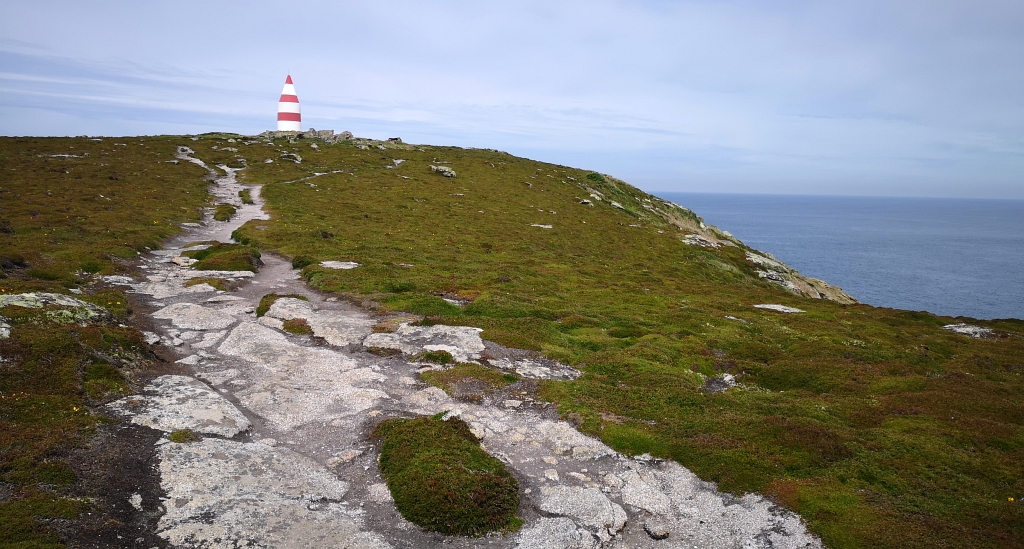 This can be seen from very far away and is certainly worth looking out for as you arrive and depart on the ferry. You’re bound to spot it at some point. 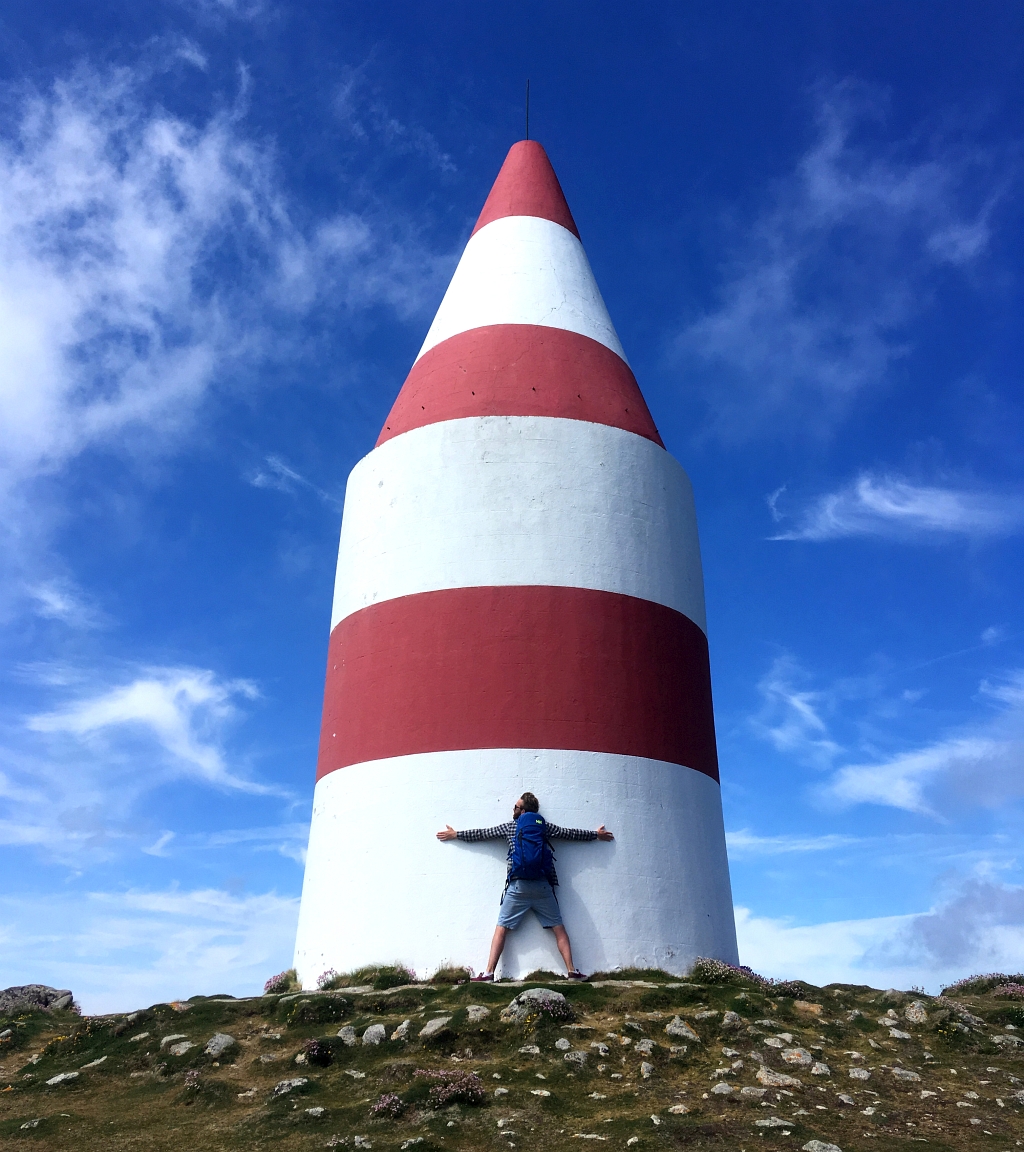 In the evenings it’s quite common to see various gig rowing teams out practising on the various islands. Every year at the beginning of May the island hosts the World Pilot Gig Championship which is a great weekend to go and see some exciting racing on the water or a weekend to avoid if you’re after a peaceful, quiet one.

St Martin’s has an excellent pub in the Seven Stones (also very close to the campsite). This pub has an amazing view across the bay to St Mary’s. We had a great pint from local brewery ‘Ales of Scilly’ whose beers are as good as their name. 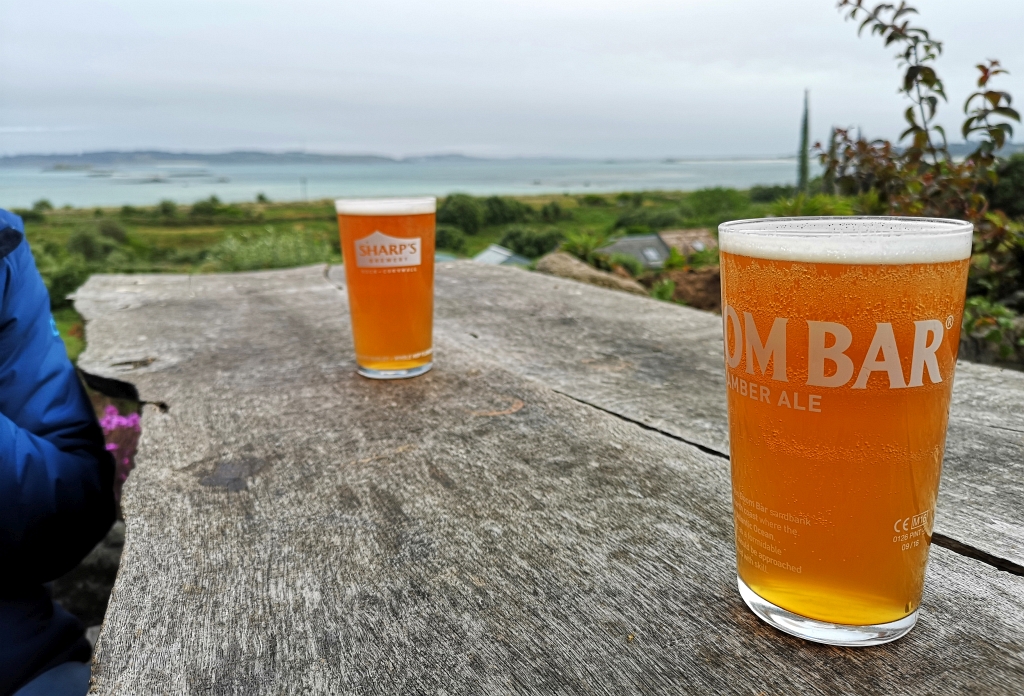 If you’re ever on St Martin’s and you’re after somewhere to eat then I thoroughly recommend Adam’s Fish and Chips. This family run buisness makes some of the best and most local fish and chips I’ve ever had. When I say family I really mean it too: Adam goes out and catches the fish and his brother James grows the potatoes. You do have to phone up and book though so they know how much to make and be careful because they’re only open a few days of the week!

Something I didn’t expect to see whilst on the Isles of Scilly were some of the most incredible sunsets. Even more special was what happened after the sun had gone below the horizon – the most spectacular night’s sky that I have ever seen came into view – literally. Due to the lack of street lights and buildings there is hardly any light pollution on St Martin’s, this means that you can see sooooo many more stars than you normally can. It was so special laying on the beach and looking at clusters and clusters of stars. 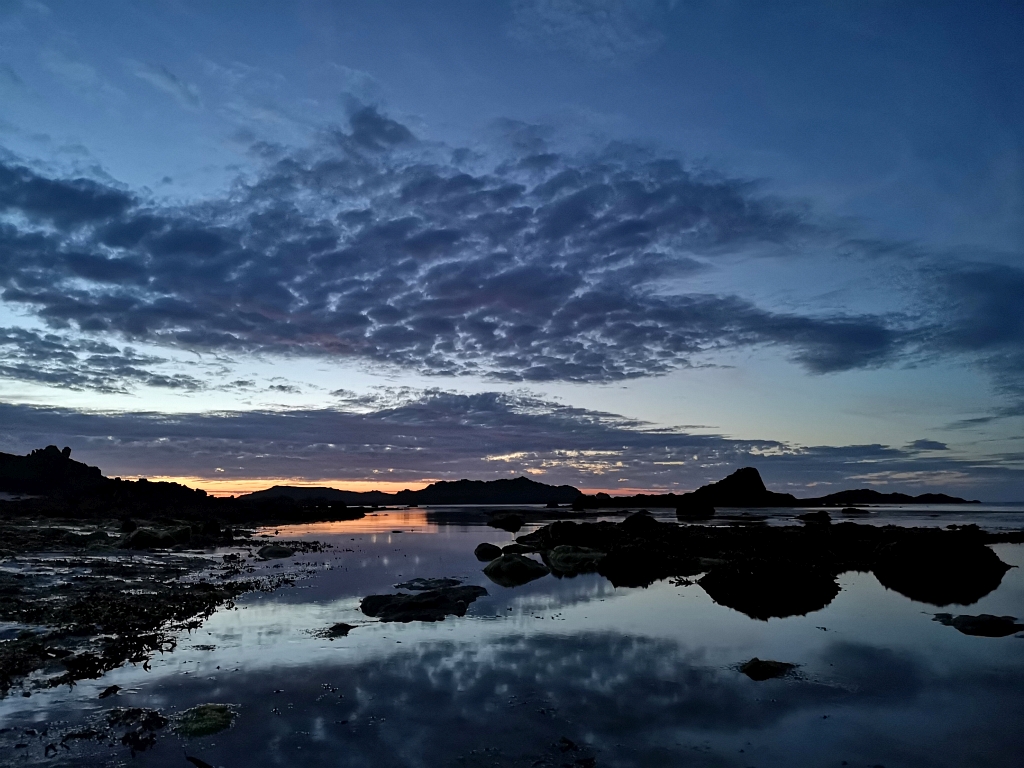 Another gorgeous beach, a fraction of the size of Great Bay but even quieter sits below the Daymark. Bread and Cheese Cove is a beautiful little spot that is covered in golden sand and crystal clear waters.

It was these transparent seas that make it perfect for a little spot of snorkelling! 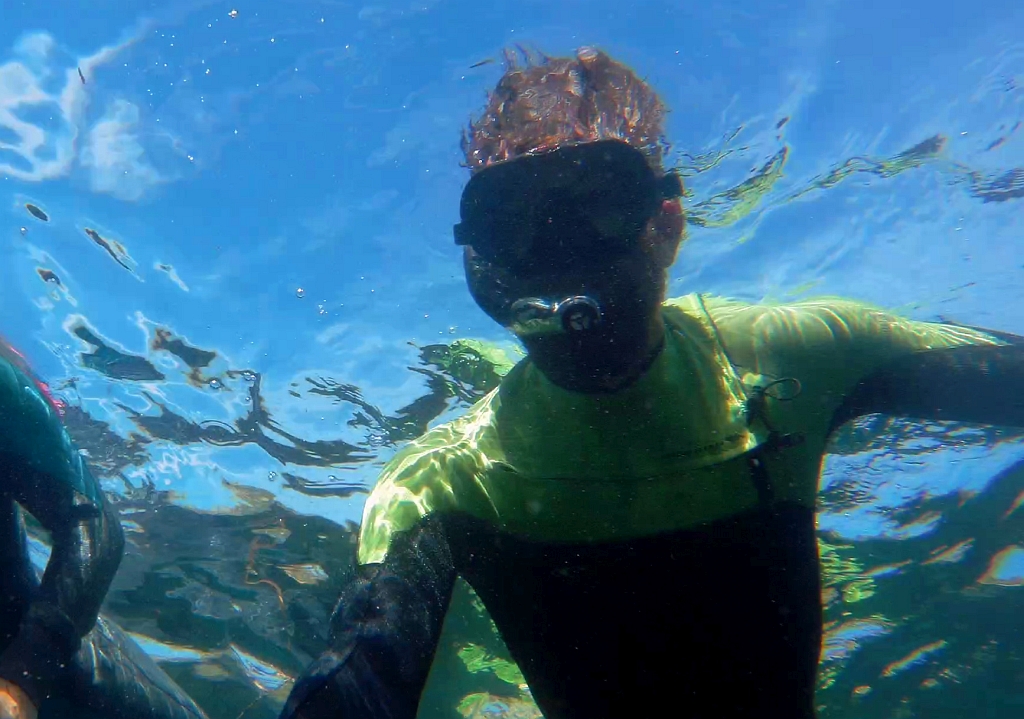 Getting a boat to Tresco

Although St Martin’s is a fantastic island and probably my favourite out of the three I visited I’d still recommend getting out and visiting the other islands. The Scilly boatmen run small ferry boats between the islands at various times of day. To find a timetable just look on the board on the St Mary’s dock.

We made the short journey to the island of Tresco where we explored the island by circumnavigating it and found such great sights as Cromwell’s Castlethe, a round tower which was built after the conquest of the Royalist Scillies in 1651 and is one of the few surviving Cromwellian fortifications in Britain. 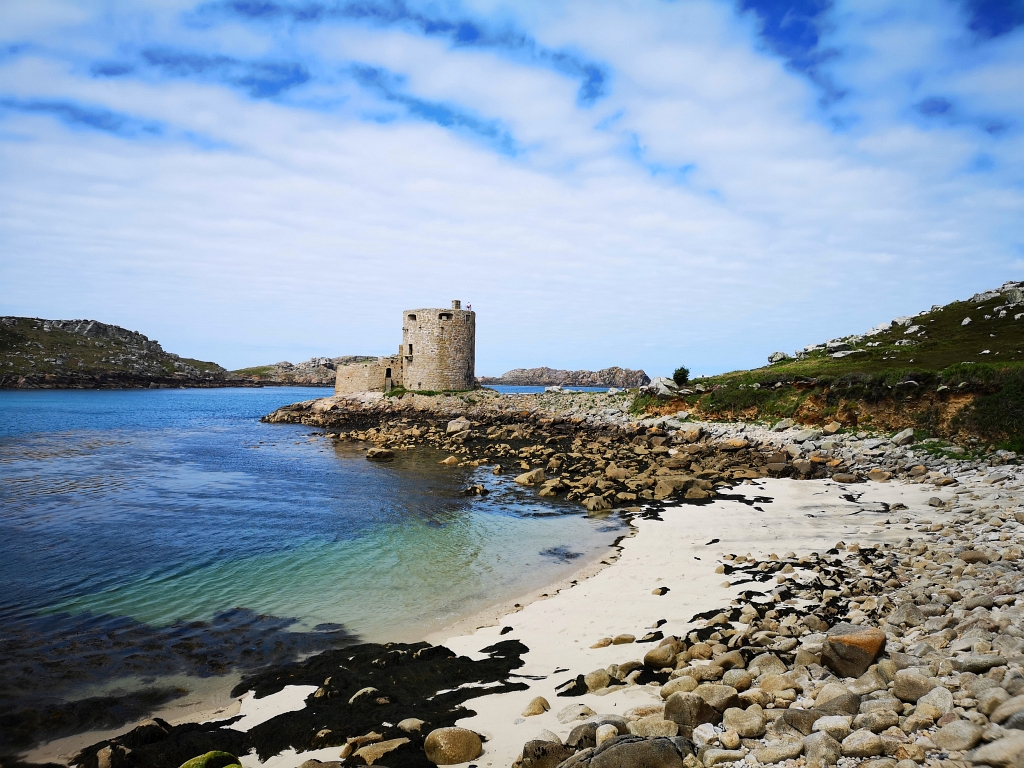 In an effort to save weight we’d taken the Coleman Fyrestorm PCS backpacking stove which is perfect for cooking small meals, especially those that need hydrating or pasta. You did have to be careful when cooking though as St Martin’s Campsite is full of little birds that are desperate for your foods.

The Isles of Scilly and St Martin’s in particular is an absolutely brilliant place to camp. The scenery is incredible, the food and drink delicious and the beaches stunning. If you haven’t been already then I really think you should go soon!