After last weeks post, I thought I’d do it again and put up another quick write up of last week’s highlights.

As part of Falmouth Week the Red Arrows came to Falmouth, they did an outstanding display of their aerobatic talents over the harbour. We sat down by the sea wall, legs dangled over the edge with a bottle of beer in one hand and watched the spectacle. As we were watching we wondered, actually how close were they flying next to each other. Underneath my photograph is a video which I found on youtube, it’s of a different display but it still astounding how close they get to each other. At one point one pilot says to have a six foot gap between planes! 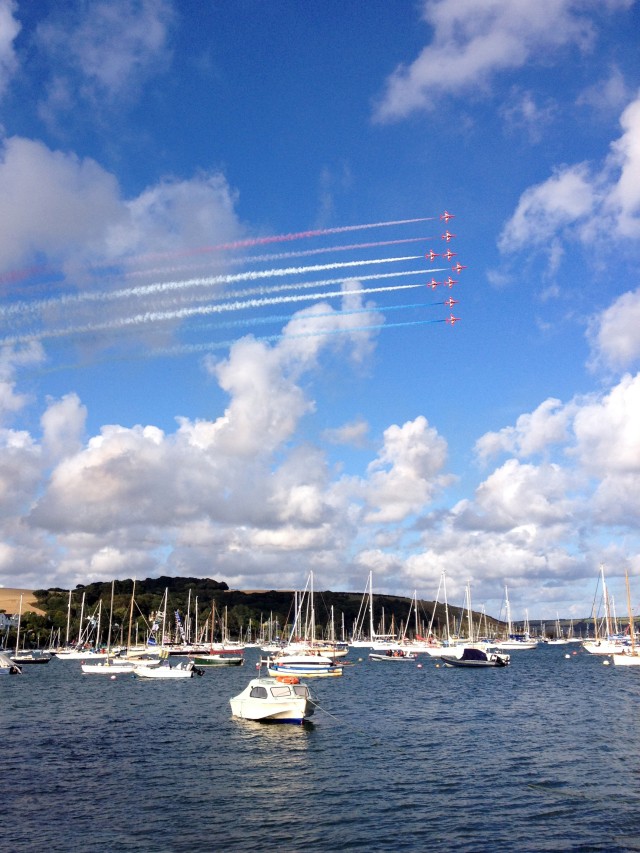 There was lots on for Falmouth week, the other two events I attended were the Ska Night and the fireworks. The Ska night was held on Events Square where Rudi’s Message (a Cornish Ska Covers band) performed an awesome set. The crowd absolutely loved it and it was great to see so many people skanking along. On Friday night they put on a fantastic fireworks display out over the harbour, we went up to Pendennis Point to look across and take in the fireworks as well as the night scape of Falmouth.

Unfortunatly it wasn’t all good times this week and I noticed (well actually a friend did) that one of my VW T4’s exhaust outlet pipes had rusted off. I took it along to my local VW Van specialist. We lifted it up on the ramp and had a good peruse of the whole exhaust system. Irritatingly it looked like most of the back half of the system was on it’s last legs. So the best part of £200 later I had two nice new shiny pipes sticking out from under the van and a load of expensive new pipes underneath that I cant even see. 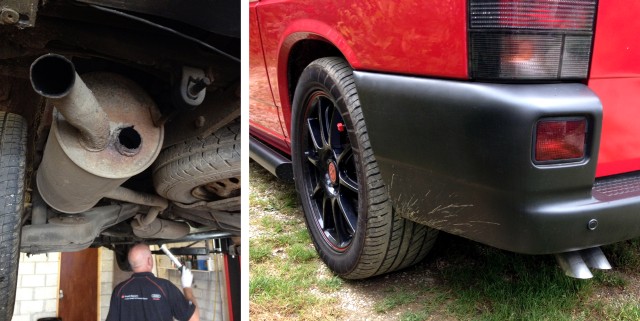 It wouldn’t be a summer week without some kayak adventures. Maenporth won the toss again and we decided to go there to enjoy the easy launching and beautiful flat, calm waters. I was determined to catch a bass but unfortunately even with a new selection of Savage Gear Sandeels and Fiiish Black Minnows I was unlucky. We did however manage to catch a nice bundle of Mackerel which was great fun and tasted delicious! I caught most with Hokkai Shrimp feathers on a handline, but my friend managed to catch a particularly greedy mackeral on a Savage Gear!

Oh, I almost forgot to say that my friend forgot his paddle but fortunately the very kind people of Falmouth and Porthtowan Surf School (that hire Kayaks and SUP at Maenporth) lent him one for the whole morning and for free. True Cornish Legends.

On the right you can see a fully laden van ready for the trip out! (including an ace new Lomo 60L dry rucksack) 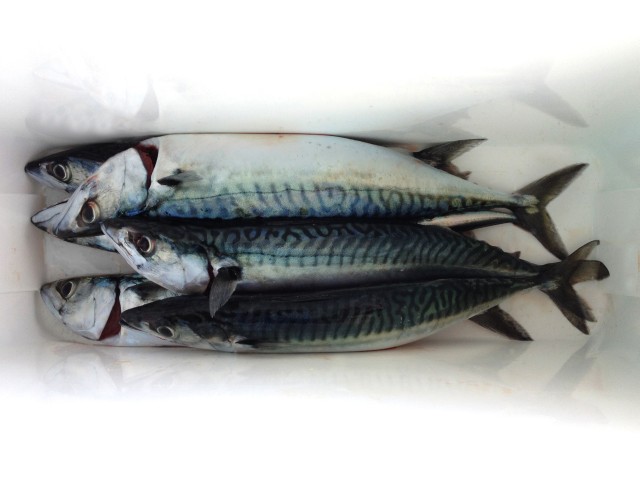 Towards the end of the week my girlfriend and I went to check out burger joint, HubBox in Truro and their new premises in what was formerly the One Eyed Cat. HubBox is one of the places that I’ve been hearing people rave about for ages but shamefully hadn’t been to. I had this feeling that it wouldn’t live up to the hype because, well, that’s what normally happens (see Nandos, Wispas and that Avatar movie)…

It lived upto the hype then surpassed it by possible 200%. Literally the best burger I’ve ever had. Oh and they had a really nice range of beers including US imports, craft beers and locals. I had Camden Pale Ale which was beautiful!

On the same day I upgraded my phone too (I’m blaming my increased cholesterol levels!) The old iPhone 4s is going to be used exclusively for kayaking and perilous adventures outdoors where as the new blue iPhone 5c will be used to everyday less risky behaviours and like 99% of iPhones, taking photographs of food and really tedious, boring stuff. 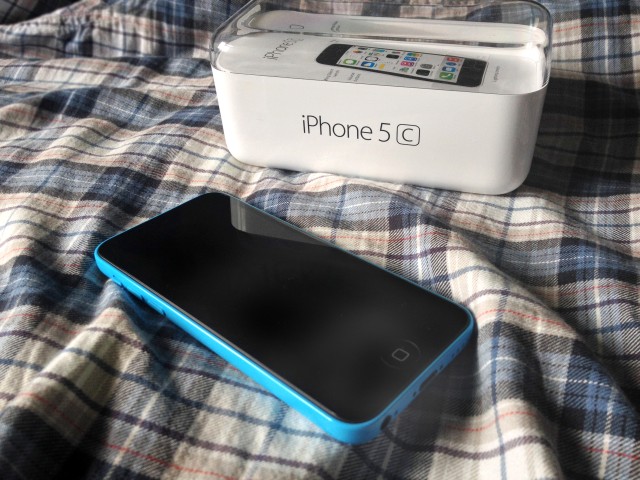