Day four was the first of two big days. As this stretch from Trevone beach (aka Trev-one or Trev1) to Perranporth was considerably flatter than the first two days and the start of day three, we decided to really up the ante. We worked out that if we made it to Perranporth on day four, we could then push forward on day 5 and could make it to St Ives, and if we got to St Ives we could then reach Land’s End and finish the walk on day six. This was quite a motivator as we had originally planned to walk for seven days. With this in mind we came up with the goal of walking 30 miles on day four and five which would ensure we completed the North Coast of Cornwall coastal path in just six days. 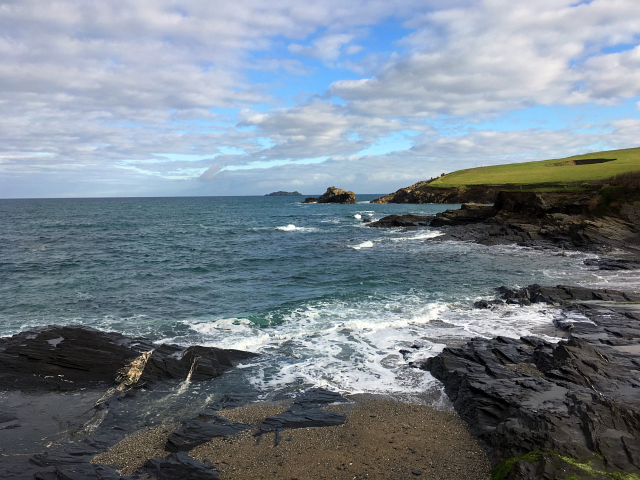 We started the day feeling slightly more refreshed as we had both had a good amount of rest time and had recovered slightly. We left Trevone and headed around the coast passing Harlyn bay and Treyarnon before reaching Porthcothan. This stretch of Cornwall was really lovely and for the most part, pretty flat. We were having a really great time. 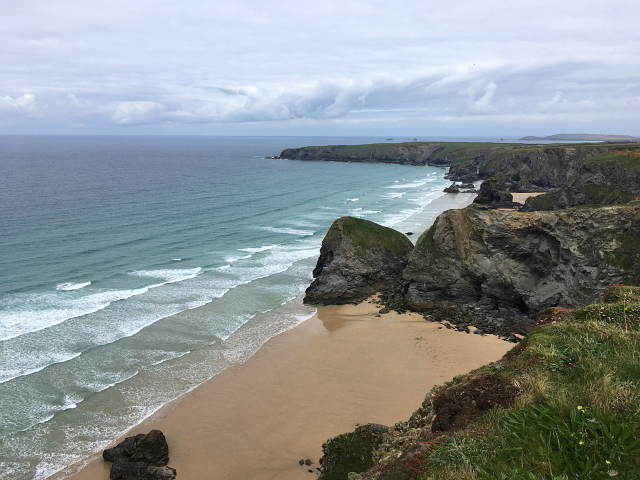 Walking over the top of Bedruthan Steps gave some amazing views of the unusual rocky outcrops and uber golden sands. This section of the North Coast Path was truly stunning and I’d thoroughly recommend walking it, either as part of the coastal path in full or as a day trip. 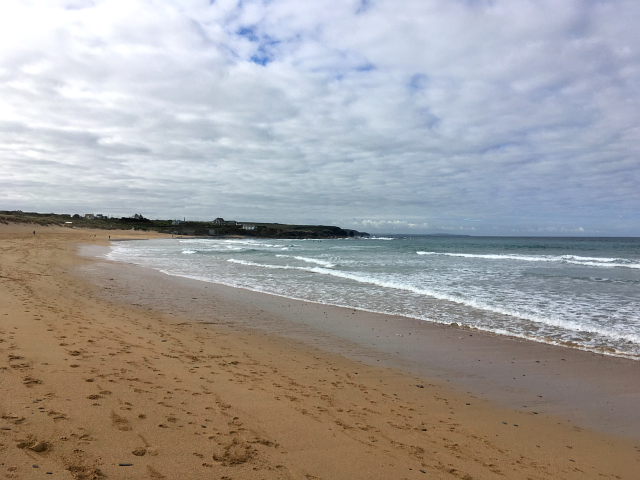 Within what seemed like a not very long time, we had passed Mawgan Porth and reached the East end of the very long Watergate Bay. I don’t think I’d ever taken on board just how immense this beach is. It seemed to take forever to walk the length of it. I was also really surprised at just how quiet it was. On a beautifully sunny day, there was hardly anyone on it. From here we hit Porth, Lusty Glaze and Great Western before rounding the corner on Fistral Beach. 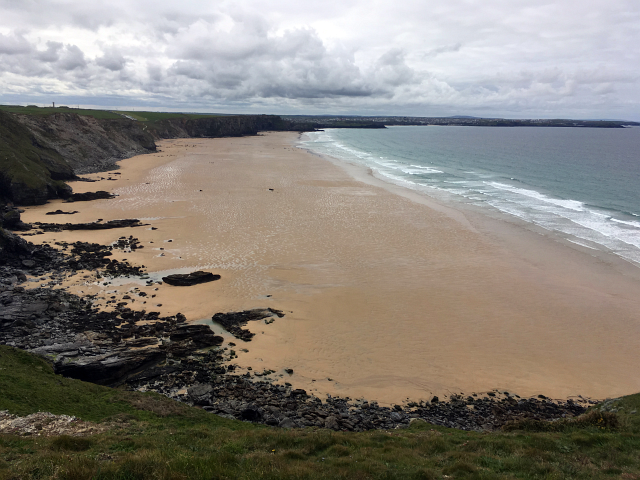 In stark contrast with the beauty of the Newquay beaches and coastline, Newquay town is a pretty grotty tourist trap. I would thoroughly recommend avoiding the town itself if you ever happen to be the in area. We trotted through Newquay as fast as we could and emerged out the other side on the banks of the river Gannal heading for a bridge that would allow us to cross over to Crantock. 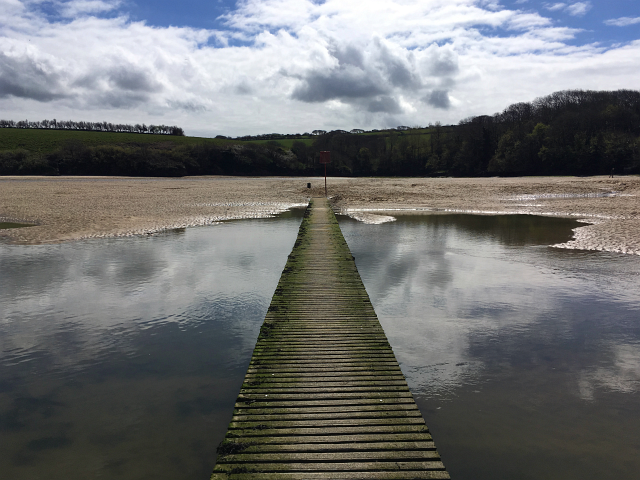 During the high season there is a little ferry boat that crosses the Gannal from the Fern Pit Cafe. The ferry boat is the quickest way over the river but unfortunately during the Easter holiday the ferry wasn’t running and we had to take the longer ‘bridged route’ over. Although longer, the bridge was actually really cool and it was nice to walk down stream of the Gannal for a while until we reached Crantock beach. 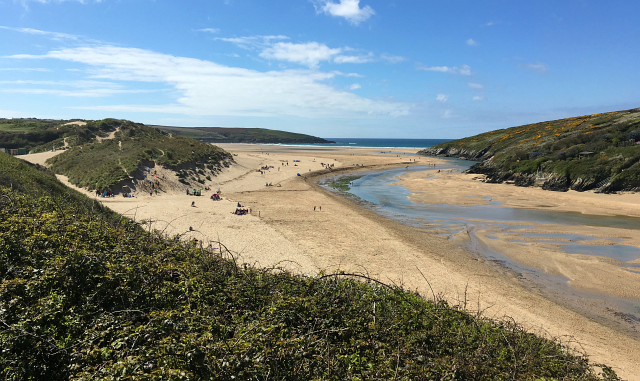 One thing I found interesting about the coast path is how some places are a lot further away than you imagine and other places a lot closer. In the car Crantock and Holywell beach always feel a fair distance apart. However when walking on the coast path they’re actually a lot closer than I had thought; you walk up slightly and out of Crantock before rounding the headland to Poly Joke and rounding the corner to Holywell. 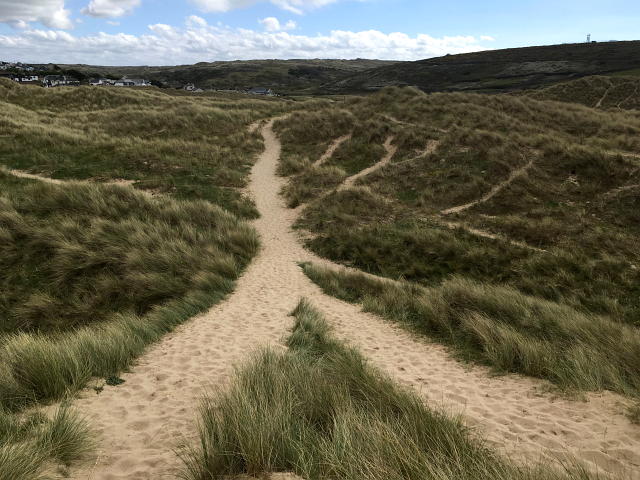 Holywell is one of my favourite beaches in the area, it’s got some interesting features such as a spring located in a cave (only accessible at low tide) and a towering dune system. We meandered through the dunes which was an interesting change of scenery.

After our final climb of the day, up and out of Holywell, we rounded the Penhale MOD camp and reached Ligger Point to the east of Perranporth beach to reveal the 2 mile long stretch of golden sands. 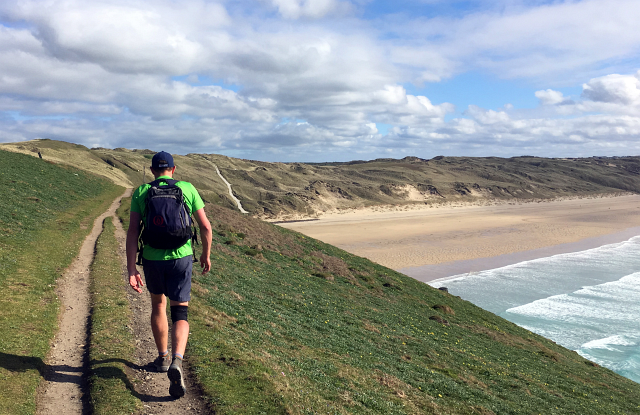 We could see the Watering Hole bar far in the distance – our finishing point for the day. It was all getting very close to the end. 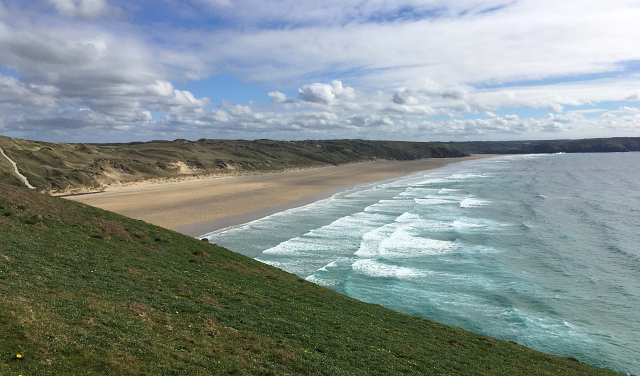 Thinking that it was more straight forward, we dropped down off the coast path which wiggles through the dunes and onto the beach. Sand is harder to walk on than paths but it was soft and made a lovely change of walking conditions. 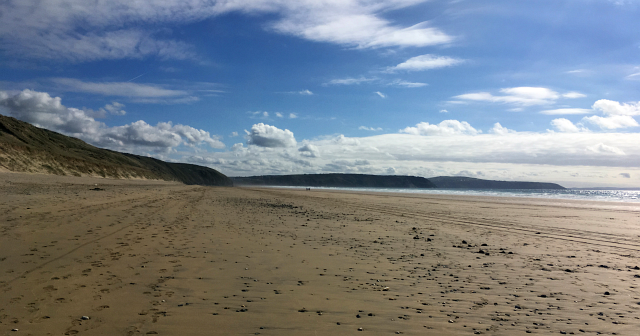 Eventually, after 8 hours and 30 miles of walking we finally got to the Watering Hole. We had some beers and snacks to celebrate and felt proud of what we had achieved so far. We also thought about the following day and how we would be walking a further 30 miles. The North Coast of Cornwall was certainly proving even more challenging than I had imagined it was going to be. 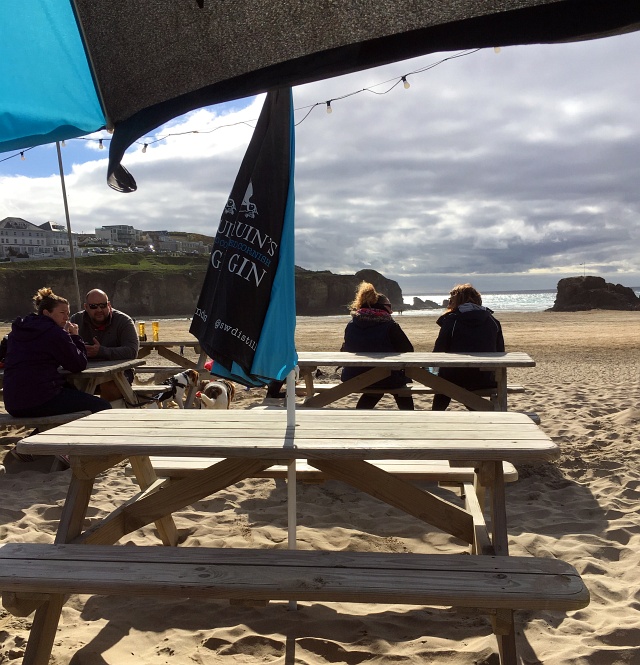